What is beauty? And weakness? These are questions that are as difficult as each other, to which photographer Caterina Notte has attempted to give an answer through a striking and disorienting photographic project.

“Predator“, the title of the project, places the woman at the centre of the lens and through her body wrapped in medical gauze covering invisible but palpable wounds, rewrites the concepts of beauty and weakness, but also – as can be deduced from the title – those of prey and predator.

It is not the first time that Caterina has worked with young girls; indeed, it is through them, creating a relationship of trust and empathy during the production of the shots, that she conveys what she thinks. We can see this in photographic series from a few years ago such as “Supergirls”, but also in more recent works such as “Aliens Form N.0” or “49dolls”.

We were lucky enough to ask Caterina Notte a few questions and to have her tell us not only about “Predator”, but also about how her passion for photography was born and what task it should have. Don’t miss our interview below, visit her website and her Instagram profile!

Often, almost always, it happens that a passion for photography starts with a camera. Yours started with an old scanner. How did it happen?

Very casually. I was studying Economics and Commerce in Rome and the computer room I frequented made some scanners available. I was immediately attracted by it, I mean, it took me to unknown territories on the other side, like a door to another dimension, it opened up infinite possibilities for me, and I clearly wanted to get in!
And so every day in my studio I would scan myself and digitally reconstruct myself on the computer screen. I immediately tried to obtain a photograph on the edge of reality, because I wanted to make that acquisition process absolutely concrete, so that it would not remain intangible but would be transferred directly into reality. At this point, painting techniques and anatomy studies came in very handy.

I continued like this for years, I changed several scanners, all A4 size, and suddenly Genetics, the virtual double series, was born. I was printing in medium and large formats with lambda and transporting the thin and delicate prints from one part of the city to another, from the print shop to the studio or gallery. It was a very intense moment. I felt completely hooked into two dimensions, all thanks to a small peripheral that turned me into pixels. At a certain point, however, I decided to transfer my research outwards to validate it socially using bodies other than my own; it was a necessary shift.

So I started to choose female subjects that in some way showed a physical or empathic resemblance to me. At this point, it was natural to switch to digital photography which, unlike analogue photography, allows me to stop and perform reality while respecting its speed and uncertainty.

How would you define your style?

Decisive, uncompromising, clean, direct and current. I know what I want and I want it to come out powerful: an aesthetic but also ethical image. I need to create images that seem very real and at the same time able to generate an emotional imbalance thanks to a subtle line of disturbance both emotional/conceptual and visual/formal. I prefer the female figure because she has more need to be rewritten and disturbs the eye more with her apparent fragility. I also pay a lot of attention to staging and the relationship between natural and artificial light, I think it is a fundamental component that identifies my style.

Your latest work is ‘Predator’, which manages to touch on various themes from beauty to violence against women. Tell us about the idea behind this project and how you developed it.

“Predator” is a work about rewriting weakness and beauty, it starts from the idea that it is impossible to be weak. Our human nature really would not allow us to indulge in weakness if only we were more aware of our power. This work is the result of the natural path of my research on myself, on the double and on the woman. I arrived at Predator thanks to four 10-year-old girls who had themselves wrapped up as victims, but their rebellion against my action was devastating, they took possession of my gaze and rewrote my story. So in a war scenario without blood or wounds, the four little women showed me how powerful human nature can be, driving an old blue van that didn’t work, they brought out the primordial instinct, the discomfort and the sense of disorientation and turned it into power. “Predator” is now also a work about sexuality, survival and a journey back to our origins to recover links with our past or our inner selves. All this passes through the rewriting of beauty, paradoxically so sought after and neglected in contemporary art!

It seems that beauty can only be spoken of in fashion or advertising, when in fact even out there, aesthetic canons continue to change. Beyond the medical gauze that covers the beauty of “Predator”‘s faces and bodies, there is a place of non-beauty.

In addition to the striking imagery, the name ‘Predator’ is no less impressive. Did you already have it in mind from the beginning or did it come with time?

I find ‘Predator’ very striking, too, and sometimes disturbing. It depends on the viewer. In any case, it was born spontaneously that day with the girls who made me feel like prey. So I thought it would be interesting to play with this visual and conceptual shift between prey and predator. I wanted to catapult the viewer into that same imbalance and sense of unease that I felt. I also think that the term predator, which is usually interpreted with a negative connotation, needs to be absolutely rewritten. Predator and prey are the absolute protagonists of the struggle for survival on planet Earth, I find few things more fascinating than this mechanism of co-evolution.

“Predator and prey are inextricably linked in a continuous transformation and redefinition in an endless whirling evolutionary merry-go-round.”

Although this project was born long before the pandemic and this period we are living in, it manages to fit perfectly into our contemporary world. In your opinion, is art, and therefore photography, a means to escape from reality or to live it even more intensely?

Yes, it’s true Predator was born in 2010 and I took it up intensively in 2019 just a few months before the pandemic arrived. I felt it was the right thing to do, I was in Munich and I was looking for girls and women every day on the street, at the university and on social media, I was strangely in a hurry and then… then I would never have imagined what was going to happen next.

So without a doubt, I would say that art is not an escape route; on the contrary, it must immerse itself in reality and always propose new possible directions. Reality is amazing but art can rewrite it and add more. For example, gauze covers invisible wounds, but it also helps us to impose ourselves, to refine our primordial “predator” instinct. Moreover, the immediacy, the speed of digital photography allow us to take back our individuality and not abandon ourselves to the idea of a glittering, slow solitude. And it is precisely thanks to the explosive and invasive presence of social networks that photography in the art can take advantage of rewriting itself, redefining its use, its meaning and its time of fruition and distinguishing itself.

On the other hand, the photography used in social media may be repetitive, flat, but it is also a continuous search for confirmation and proof of our existence, and this fact definitely strengthens it not as a medium but as a place of narration.
By freeing the gaze from the fear of dangerously contaminating ourselves and shifting the boundary between what is public and what is private, photography allows the body, which especially in this particular period is felt as a source of discomfort for us and for others, to regain strength and subjectivity. Even better than other media, photography gives me, as an artist, the possibility of sinking into reality, however harsh it may be, and capturing every transformation or movement instantaneously, and that is where Predator was born, in the violence of change. 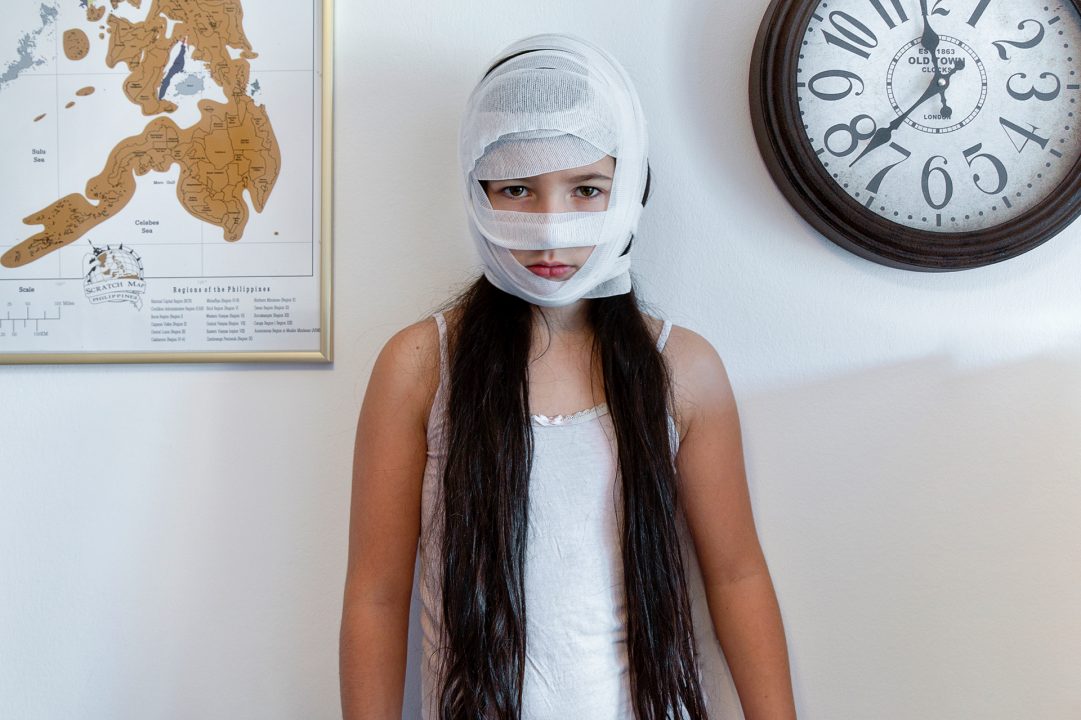