Electronic nuances, ballads and even a cappella song reminiscent of religious songs. This and much more can be found in the new and highly anticipated FKA twigs album. It’s called MAGDALENE not by chance since for its realization the English artist was inspired by Mary Magdalene, one of the most controversial figures, always at the side of Jesus, but gone down in history with negative meanings as concubine and prostitute. This is the start of a broader journey that explores and honors the female figure free from stereotypes, impositions, and clichés.

“A woman’s time to embrace
She must put herself first.”

MAGDALENE was anticipated by the release of 4 singles: Cellophane, Holy Terrain, Home With You and Sad Days, accompanied by a music video and the publication of Matthew Stone‘s artwork on the cover, which consists of a portrait of the same FKA twigs made in the typical style of the English artist composed of large brushstrokes and undefined shapes.

Listen below MAGDALENE and watch the videos of the singles, you will be transported in an ethereal dimension!

FKA twigs is back with the highly anticipated MAGDALENE

For some time now, Kanye West has been introducing a religious strand into his life. A sort of path of redemption and purification for the rapper of Atlanta.

The turning point in the Christian religion has meant so much to him, so much so that it has become the main element of the new album Jesus Is King and that it aims to seal definitive intercourse with God.

The music contained in this record refers to gospel from the very first moment, and it is no coincidence that it is precisely the Sunday Service choir, celebrated by Kanye during a course in Calabasas, to inaugurate his last studio work.
But let’s get to the single: to publicize the video of the first extract, West’s wife, Kim Kardashian, published parts of the video trailer in her Instagram stories.

The fundamental element of the track is Kanye’s invitation to be followers of Christ by revisiting the religious themes of his previous Father Stretch My Hands, Pt. 1 of 2006.
The song, which also uses the 1974 sample of Can You Lose By Following God by Whole Truth, urges us not to give in, despite the fact that life is full of obstacles and dark moments.
Filmed in Wyoming, the video presents Kanye with his father Ray West. The two walk through a snowy plain until they reach a waiting ATV. The two of them wonder about an important theme in American history: the slavery of blacks and institutional racism, which has always been one of the most important cultural problems in the country.

The meeting between the two takes place where Kanye West usually takes refuge to find inspiration for his work. One could say that this place is for him almost a mausoleum of creativity, a spiritual place where he retires to concentrate better.
The video footage was deliberately shot in a place that is far from Hollywood America, often represented by colleagues. Kanye, in fact, besides being emotionally tied to that place, decided to shoot the video in a real reality far from the spotlight and the chaos that characterizes the big American cities as if to make everything a little more intimate, a real chat between father and son.

After watching the video of West “Follow God” you can listen to Jesus Is King below!

The album confirms the talent of this project, mixing different influences form black music to Italian rap and jazz.
Its eight tracks slide very lightly inside our ears, even though they include many different themes and moods, talking about love, or the uncertainties of the future, all the problems of today’s musicians and, of course, the solutions.

We met the funk collective to find out more about their latest release.

Hi guys, we are very curious to know how “La Soluzione” was born. What are the problems that brought you here and what solution did you find?

This record was born spontaneously, in the strictest sense of the word.
The previous experience of “Terapia di gruppo” has physiologically intensified both the relationships between us and the artistic harmony. “LA Soluzione” is the awareness of being on the right path and having overcome the storm.
It was born in the downtime between one date and another of our recent tour and it was impossible to stop the flow, so here we are again!

We can find so many different moods and genres in your album. Is there an album that most inspired you during the creation?

Mac Miller’s Swimming has already inspired our previous album and it’s still one of our current listenings. However, you can find our latest inspirations by catching the samples used in “La Soluzione”.

About the creative process, how do Funk Shui Project and Davide Shorty work together in a studio session?

We don’t have a fixed scheme: some ideas could come out like a rabbit out of a hat. So, Natty Dub pulled some samples out of his pocket, Jeremy followed him with his bass lines and Davide joined with his songwriting. But this is an example, basically, we let it be the inspiration to guide us.

What’s your favorite track of the album?

“La Soluzione”, of course. It’s the most representative track of the album both for how it treats its concept, and for its classic sound that does not remain anchored to classicism as a musical scheme.

Our interview with Funk Shui Project and Davide Shorty

Linecheck starts today, the showcase festival that through a dense program of meetings, workshops, live shows and concerts will address the theme of music today and how it will evolve in the future. The focus of this edition will be on the 20s, the years we are about to live because for every century the threshold of the first twenty years marks a turning point in which the previous century fades like a distant memory and those born in the ’00s peep out on the scene. In addition, the key theme will be diversity and inclusion, always dealt with within the musical context, which is also perfectly suited to the choice of Guest Country this year, or Canada, a country that with its 22% of foreign citizens becomes a symbol of multiculturalism par excellence.

Inserted within the Milano Music Week – of which it is a content partner – Linecheck 2019 will animate the city of Milan for six days, dividing the events between the spaces of BASE Milano, where the musicROOMS has recently been opened with a small amphitheater inside the CAPSULA with sound immersed in 3D, the Magazzini Generali and six rooms in the Navigli area (Zanardi Cafe, Jacaranda Liuteria Artigiana, Ex Fornace, NonostanteMarras, Ostello Bello, Rocket).

Linecheck has in store a lineup of artists and national and international guests such as Seun Kuti, son of the musician and pioneer activist of the afrobeat Fela Kuti, who today has taken his place as a singer in Egypt 80; Giorgio Poi, Italian artist active internationally coming to be called by the Phoenix to open the dates of their world tour and the Canadian Pierre Kwenders who through the collective Moonshine aims to spread the cultural originality of Montreal.

The Linecheck line-up also includes the 80’s sound of Karpov Not Kasparov, the sensual voice of Emmanuelle, the fusion of soul, jazz, funk and rap by Blu Samu, the R’ n’ B by Arlo Parks, the indie-folk by Eugenia Post Meridiem and the prog-post-math rock by The Pier.

Canada will also play its part with Godspeed You! Black Emperor, Doomsquad, Plants and Animals, Ouri, Booty EP, Gan aka respectful child and Tanya Tagaq who will bring the sounds of their country, demonstrating once again that music is the perfect tool to break down barriers and borders.

But there will be not only live shows and concerts but also to entertain the public there are scheduled experiences created ad hoc as the one of WAAM Tours that tells the transformations of Tortona, from working-class neighborhood to creative hub and museum and that of ARTKADEMY focused on street art.

Discover all the details of Linecheck 2019 on the official site and get ready for six days of events with their playlist below!

Here is the line-up for the 5th edition of Linecheck

In the female world, you know, there are an infinity of taboos. Questions a bit uncomfortable where every time they are addressed, women feel embarrassed. Millages, sex, and many others are just a small part of them. What more women accumulate, however, and what can be defined as the King of taboos, is certainly masturbation. In general, the whole world of sexuality is a difficult subject for a woman to express. It’s easy for a man to talk about it. Probably because inexplicable social dynamics have been established so that expressing something about this very intimate subject can put many women in awe.

The track is also accompanied by a direct video of the director Samuel J. Bailey who wanted to make a short film of almost four minutes. Here the subject is treated with a lot of irony and with metaphors that represent in an abstract way the act of masturbation from the beginning to the end. Although very explicit, the film is not vulgar and does not present scenes that are too strong. Inside there are hands that caress objects such as cakes, sinks, clothespins, sheets, cappuccinos, fans, etc.. Hand Solo’s video begins with a quote from Susie Bright, an American journalist and writer who is very active on the feminist front: 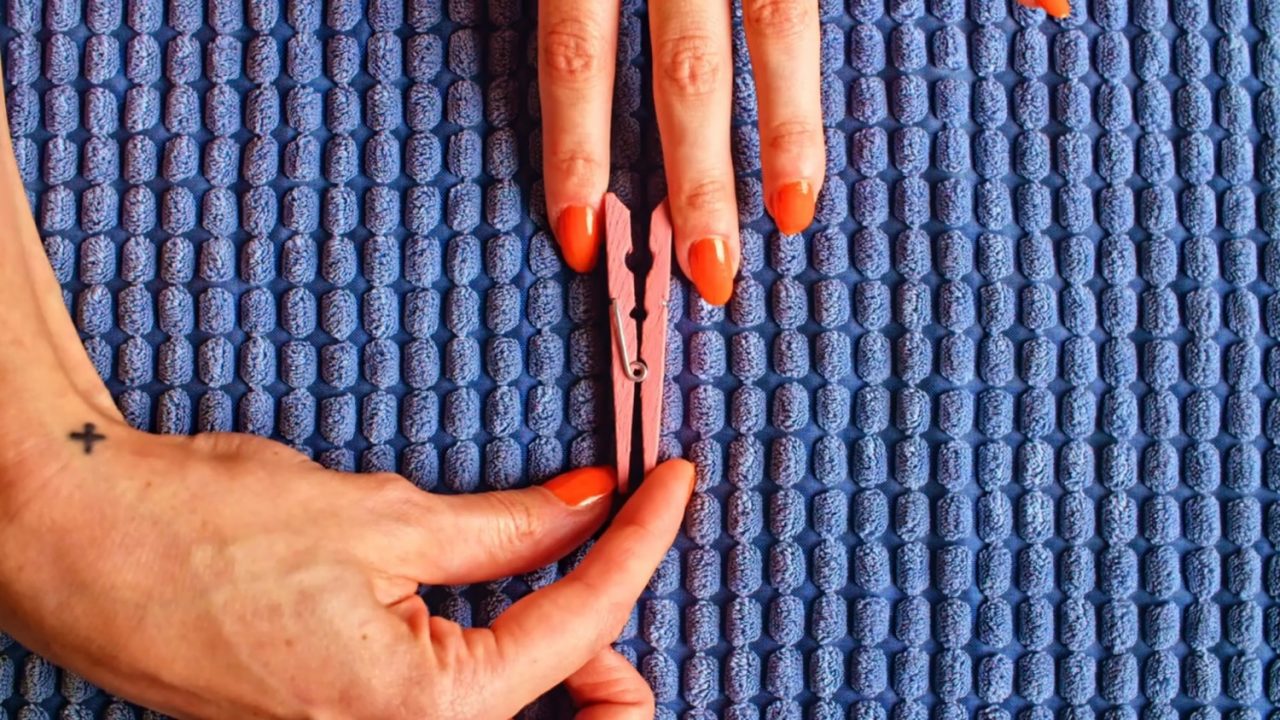 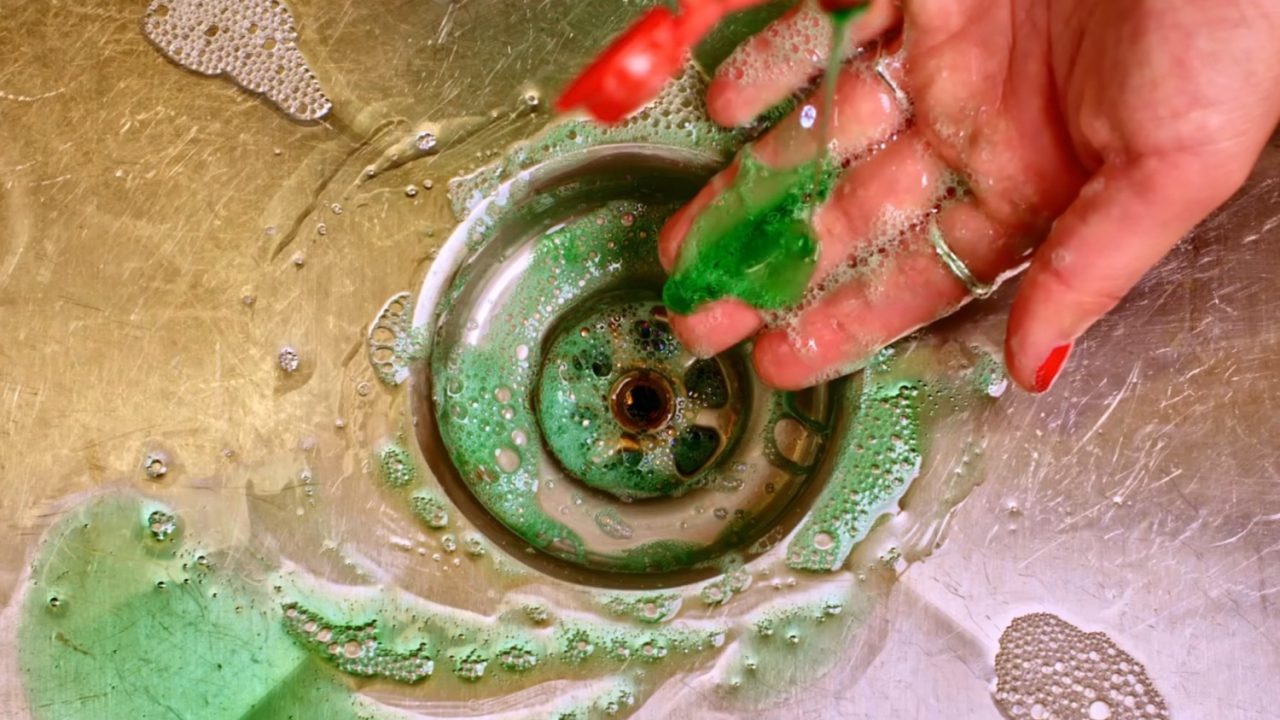 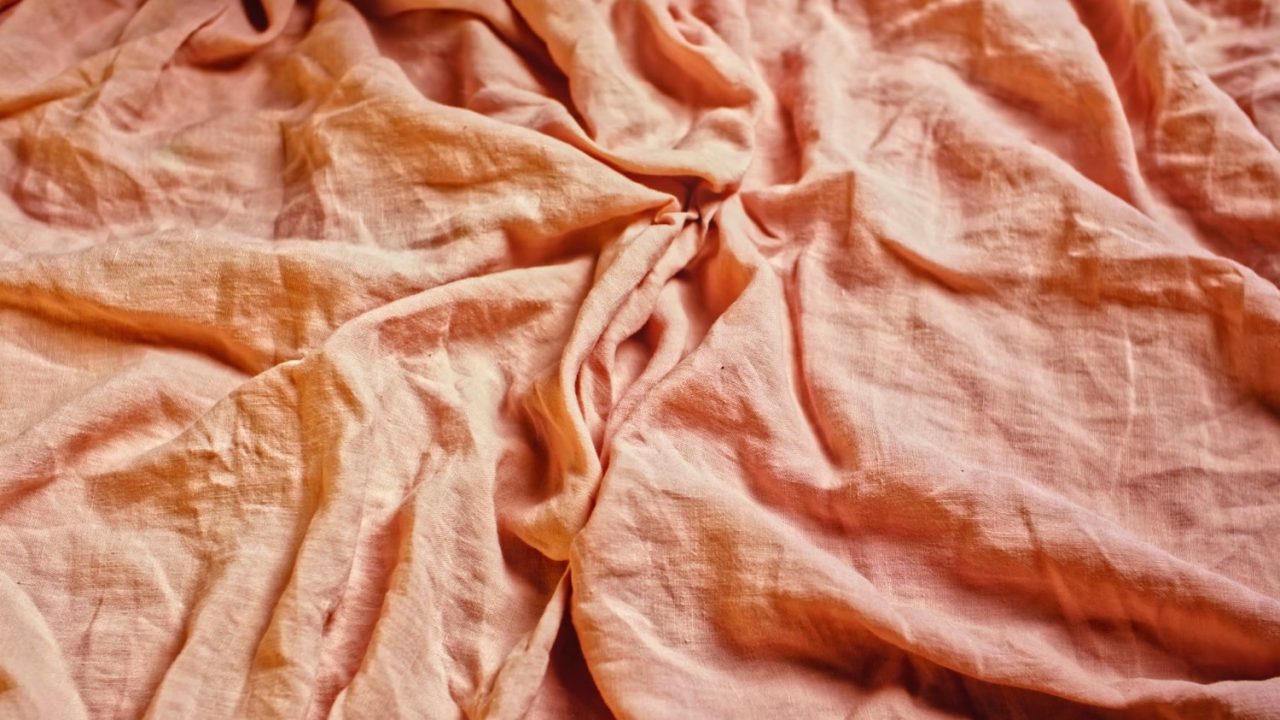 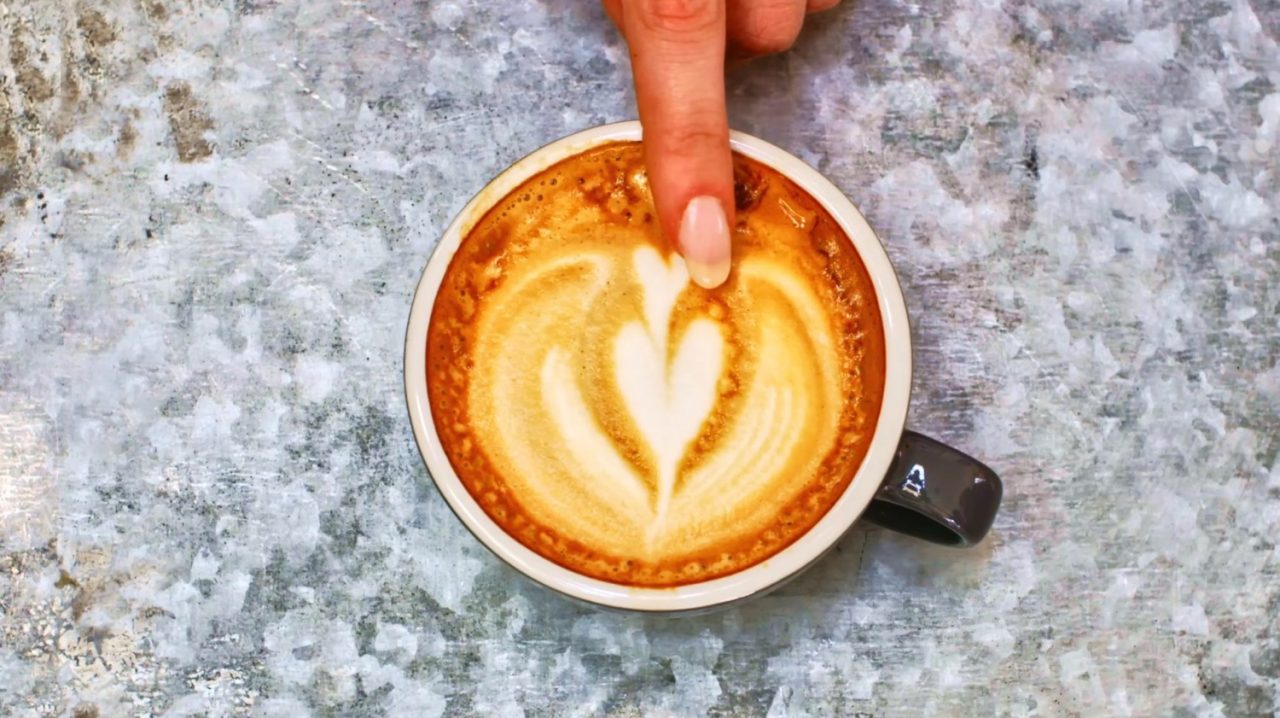 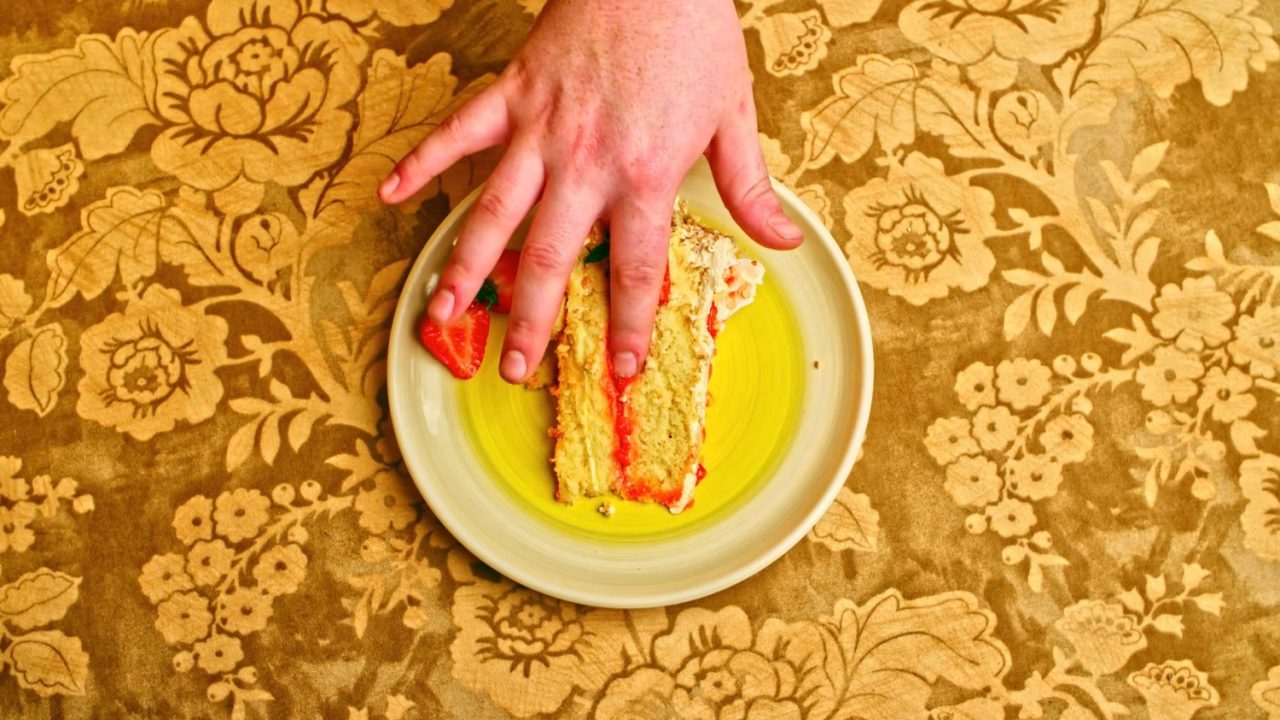 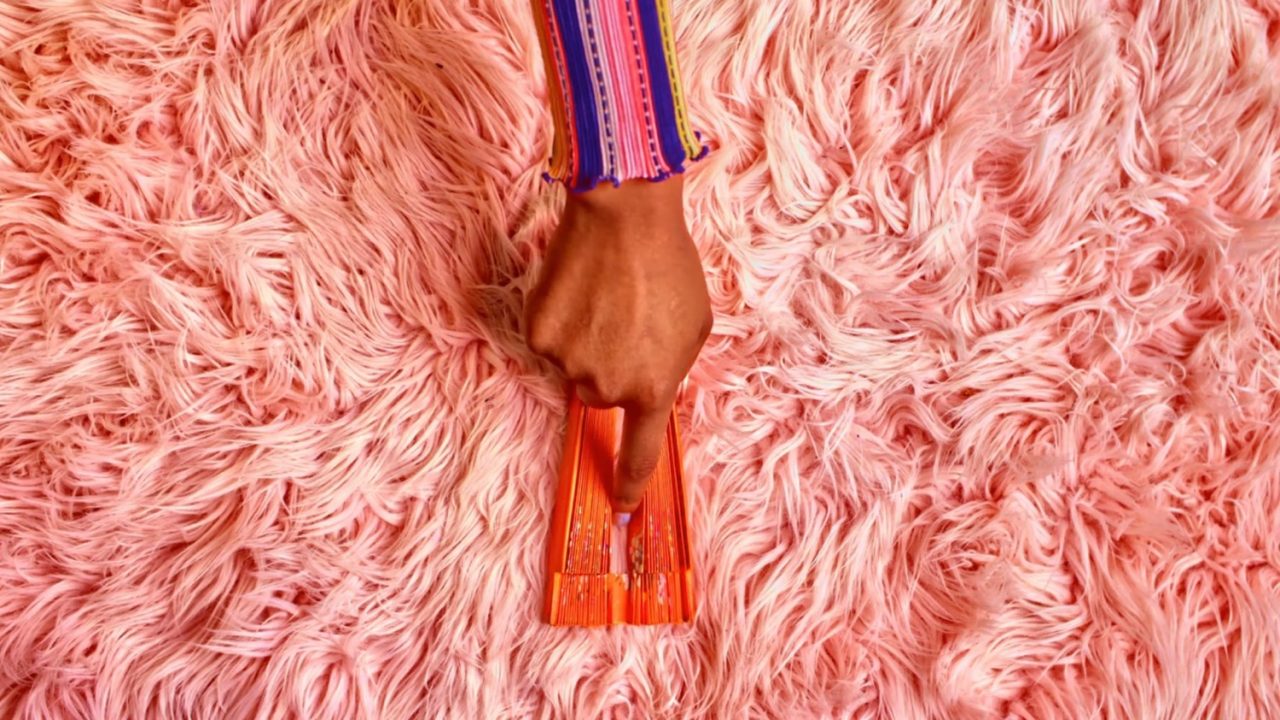 Hand Solo, the song against the taboos of female autoerotism