2020 is the year in which the Air Max 90, one of the most iconic and symbolic models of the company founded by Phil Knight and Bill Bowerman, turns 30.

For this occasion, in addition to celebrating the launch of the new Nike Air Max 90 CS silhouette, characterized by the colorway Triple Sail and two plates engraved with the years 1990 and 2020, Nike has launched with Collater.al Studio and the London production company Loft Films, the documentary “Getting Up, a 90s graffiti story from Milan to Barcelona”.

The documentary “director’s cut”, which will be presented on Thursday 19 December in Barcelona with the collaboration of lamono y DORA AGENCY and in the presence of street artist Musa71, tells the story and career of two artists who grew up and established themselves in the 90s, the Milanese graffiti artist and calligrapher Luca Barcellona and the Spanish street artist Maria Musa71 Cano.

Both began their artistic career more than 30 years ago, following a path that has led them, year after year, to become forerunners and top exponents of their art, icons that survive the passage of time and sources of inspiration for the artists of tomorrow.

Two personalities that we have chosen to tell another success story, that of the Air Max 90 that, after a troubled start, have established themselves as unfailing pieces of a respectable collection.

Two short versions of “Getting Up, a 90s graffiti story from Milan to Barcelona”, which you will soon find on Collater.al TV, were also created for Nike SNEAKRS.

One entirely dedicated to Luca Barcellona, designed for the Italian app, and one dedicated to Musa71 for the Spanish app.

Both mini docs are visible from Saturday 14th December and you can find them here and here.

While you’re waiting for the release of the entire documentary, instead, we invite you to watch the trailer to immerse yourself in two different stories that have as common denominator to be endless.

His journey began in the 90s in the underground Milan of rap music and graffiti.

With his crew Lords of Vetra, whose works inspired many street artists and writers of the following generations, he made his own those years of great ferment that allowed him to find an artistic dimension then evolved with him.

From the trains and the walls, to the studio where he now spends entire days practicing the art of calligraphy, Luca tries in every way to leave his mark, as did the Air Max 90, which he remembers as a symbol of belonging to a group: having them was a real matter of principle.

The artist let us into his studio, full of his work tools but also of vinyls, books and works, and showed us the nerve centres of the city of Milan where he was formed, where he took his first steps and where he decided that he would become an icon of his time and those that followed. 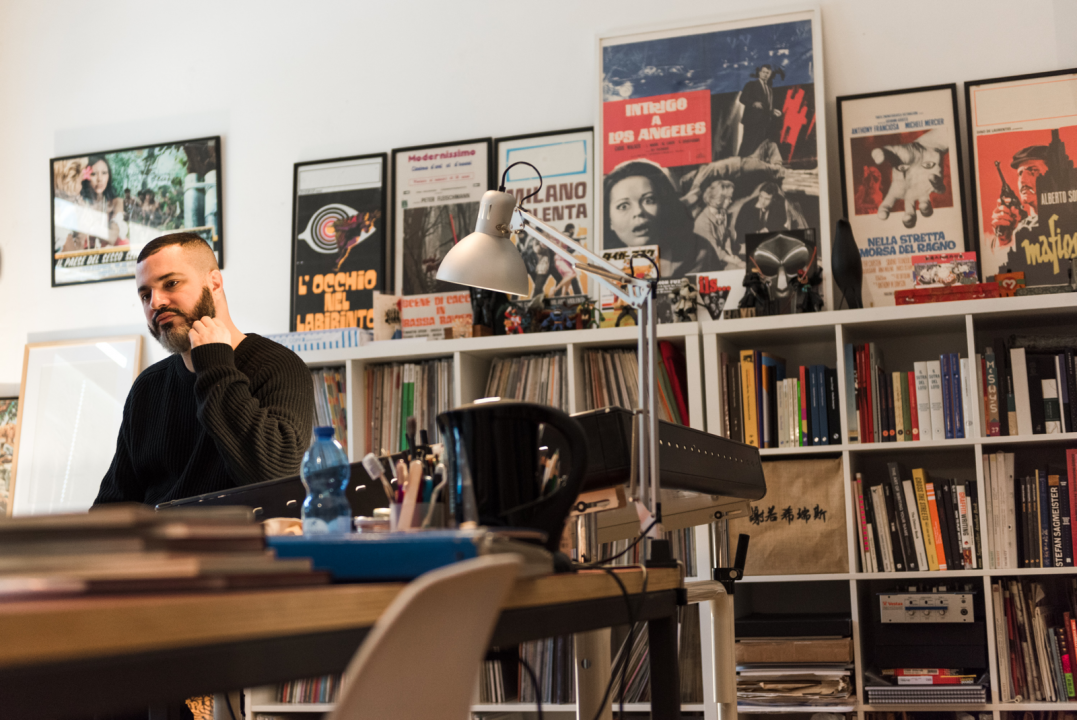 Her journey began in the 1990s, when Barcelona, from the point of view of street art, was a mix of New York and Berlin influences, revisited by local artists through the use of colour, used in greater proportions.

Following the trends coming from the capital and Europe, Barcelona was both more open to graffiti art and closer to streetwear trends. It was in this period, in fact, that Musa saw for the first time the Air Max 90 worn. In fact, in those years it was very difficult to get a pair, especially for the high price.

In this climate of great experimentation and freedom of expression, Musa established herself as one of the few women to take the can to create, for the most part, works related to letters whose main characteristic is the complex use of color.

The artist let us into her studio, full of her work tools but also of memories, works and photographs, and showed us the nerve centres of the city of Barcelona where she was formed, where she took her first steps and where she decided that she would become an icon of her time and the following ones. 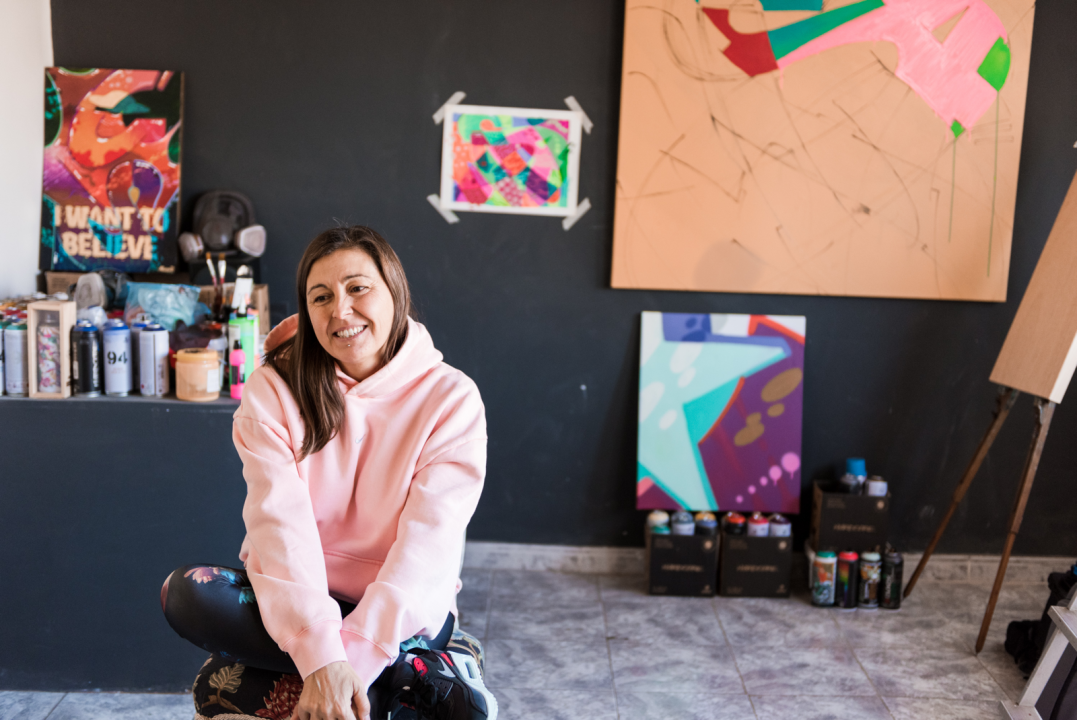 Getting Up, Nike and Collater.al’s documentary about the ’90s