The next Winter Olympics Games will be held in 2022 in China in Beijing. For this reason, the Chinese state is preparing to welcome the best athletes from all over the world by building the first Winter Olympic Museum in the world.

The work was commissioned to the studio Maison H, who presented the project for a museum that will expand the legacy of the Beijing Olympics held in 2008 and promote sustainable social and economic development by converting existing buildings.

The museum will be built in Chongli‘s Chinese reason and will host all the events on ice, including curling, hockey and skating, snowboarding and skiing. Built on the slopes of the mountain, the project uses natural resources and will offer long-term opportunities for the entire rural region. The museum includes a dedicated Olympic academy with libraries and research facilities focusing on the Winter Olympics. It also offers a youth Olympic training center, a VR experience center, a (mountain) sports center, and a funicular station to further boost the region’s economy in a sustainable manner.

The design team developed the concept of the Winter Olympic Museum taking full account of the central role of the urban and natural site, as well as the symbolic nature of the building’s Olympic heritage.

The latter will be built respecting the surrounding natural environment and the land where it will develop, being sloping, will allow direct entry into all floors. A ski slope will also be built, which will pass under the existing motorway and end in the heart of the new building.

Visitors to the 2022 Beijing Olympics will be able to reach the top of the ski slope and the adjacent Hall of Fame via a direct connection to the cable car from the building’s central point. 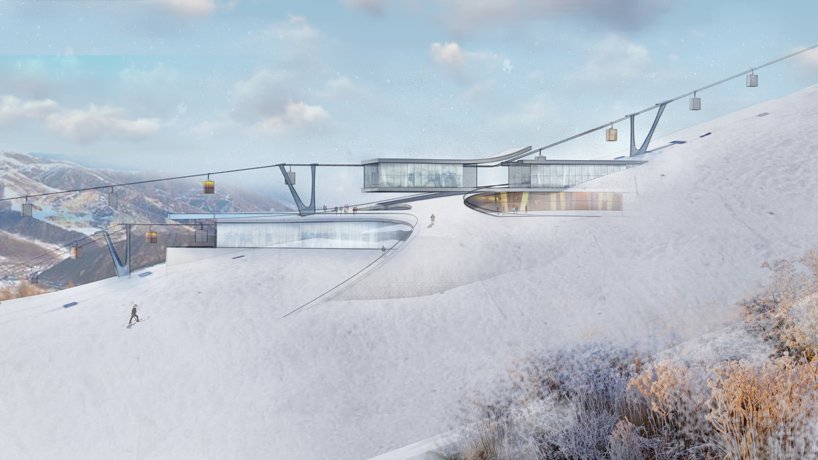 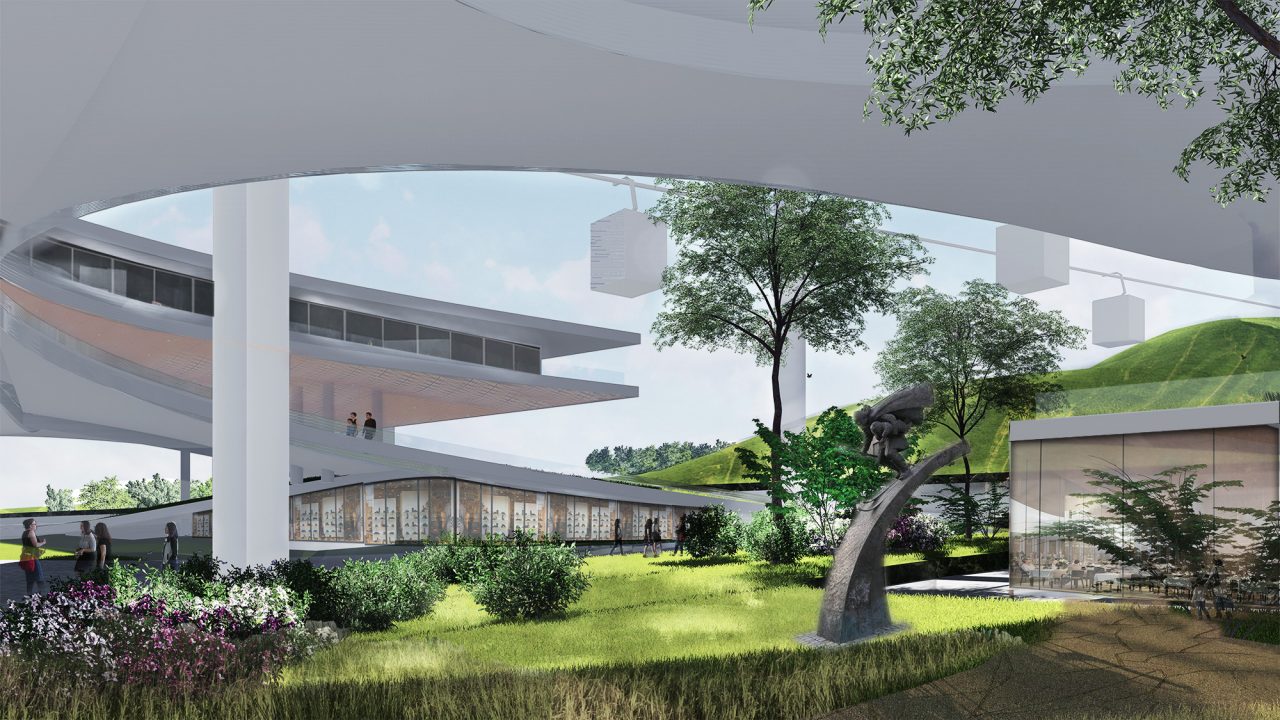