On the occasion of the Athens Street Art Festival 2018, held from July 24th to 31st, visual artist Greg Jager created Natura Razionale, an impressive mural made on the wall of a school.

The aim of the festival is to enhance and support the creativity of European urban artists. ASAF wants to provide an annual platform for European creatives working outside traditional art diffusion systems. In addition, Greg’s artwork, in particular, has been supported and promoted by the Institute of Italian Culture in Athens.

The Roman artist has decided to produce a 12×8 meter work comprising the entire facade of the public school 6th Gimnasio Nikeas Giorgos Seferis. In a work that starts from the study of architecture and outdoor context, we see dynamic forms of color going from red to blue, to black, with those minimal graphic grafts that have always characterized Greg’s works. 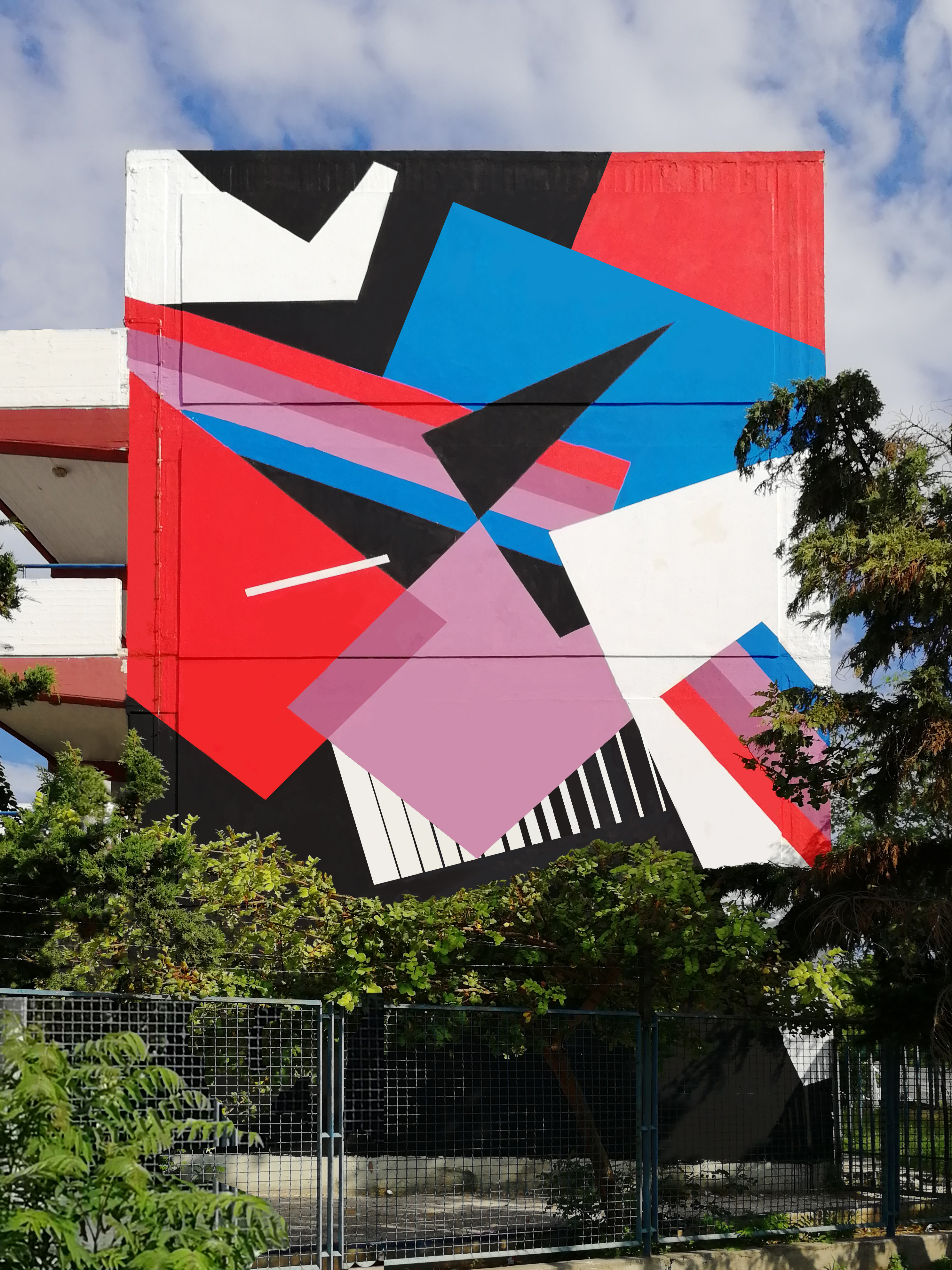 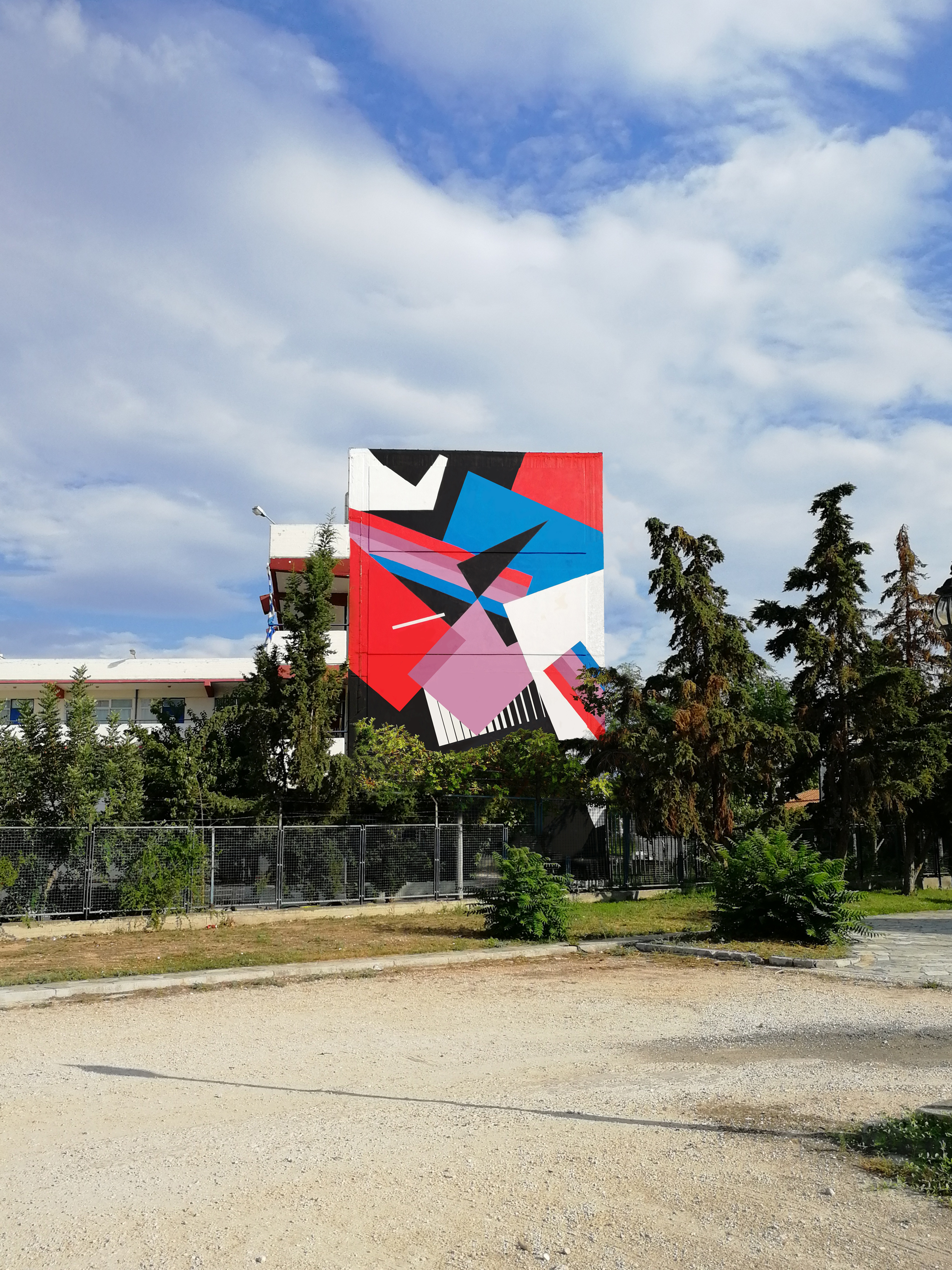 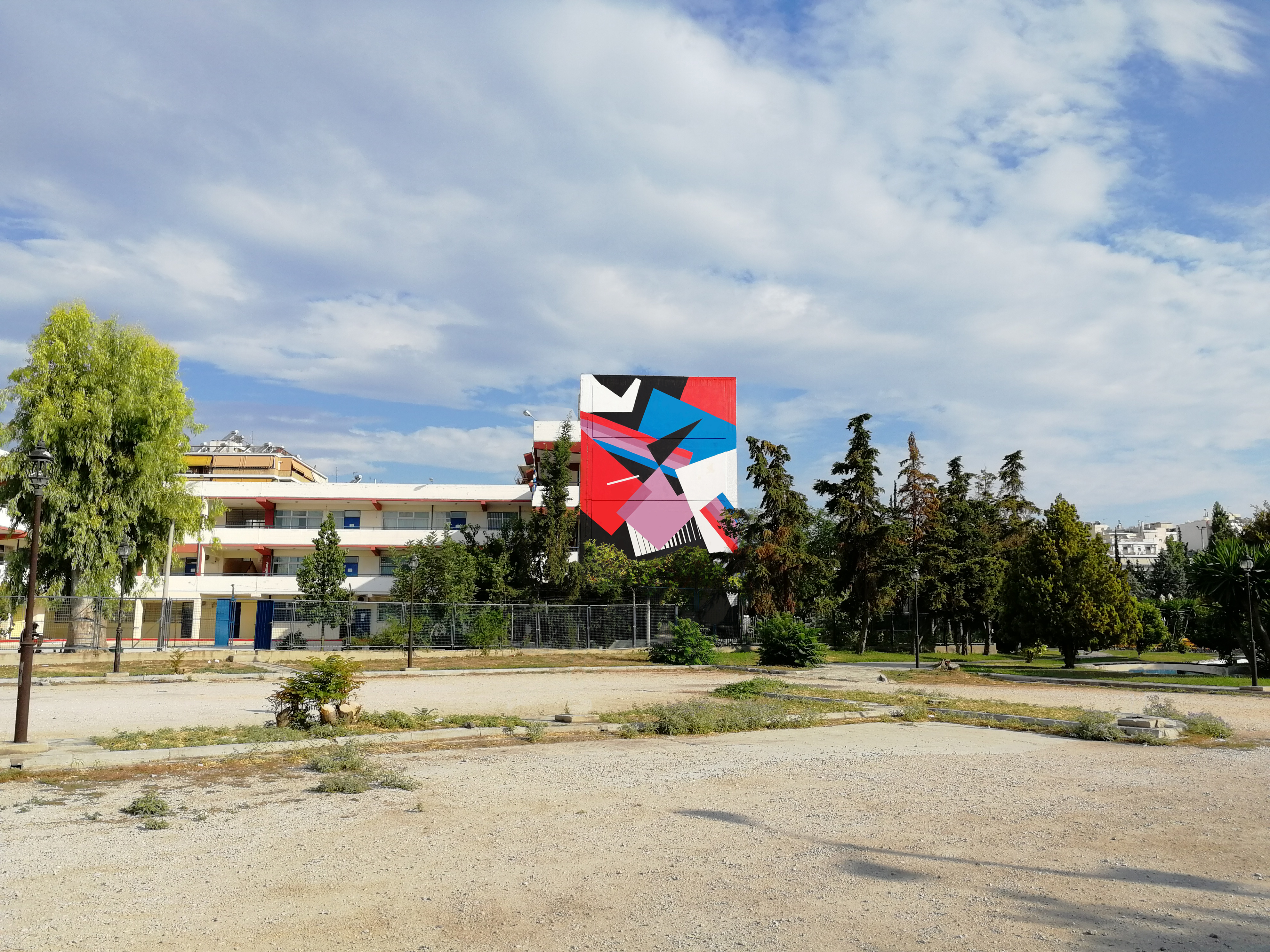 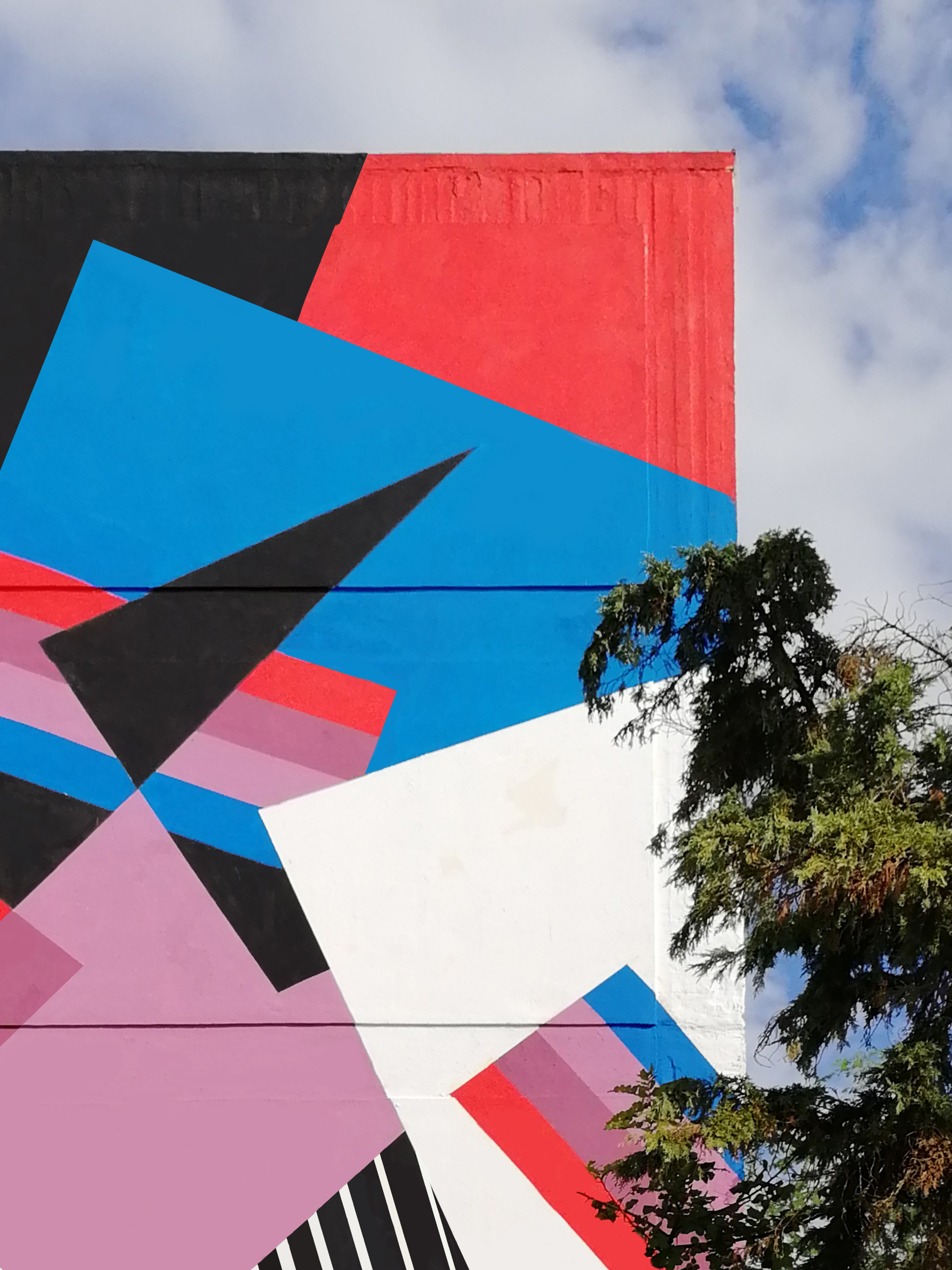 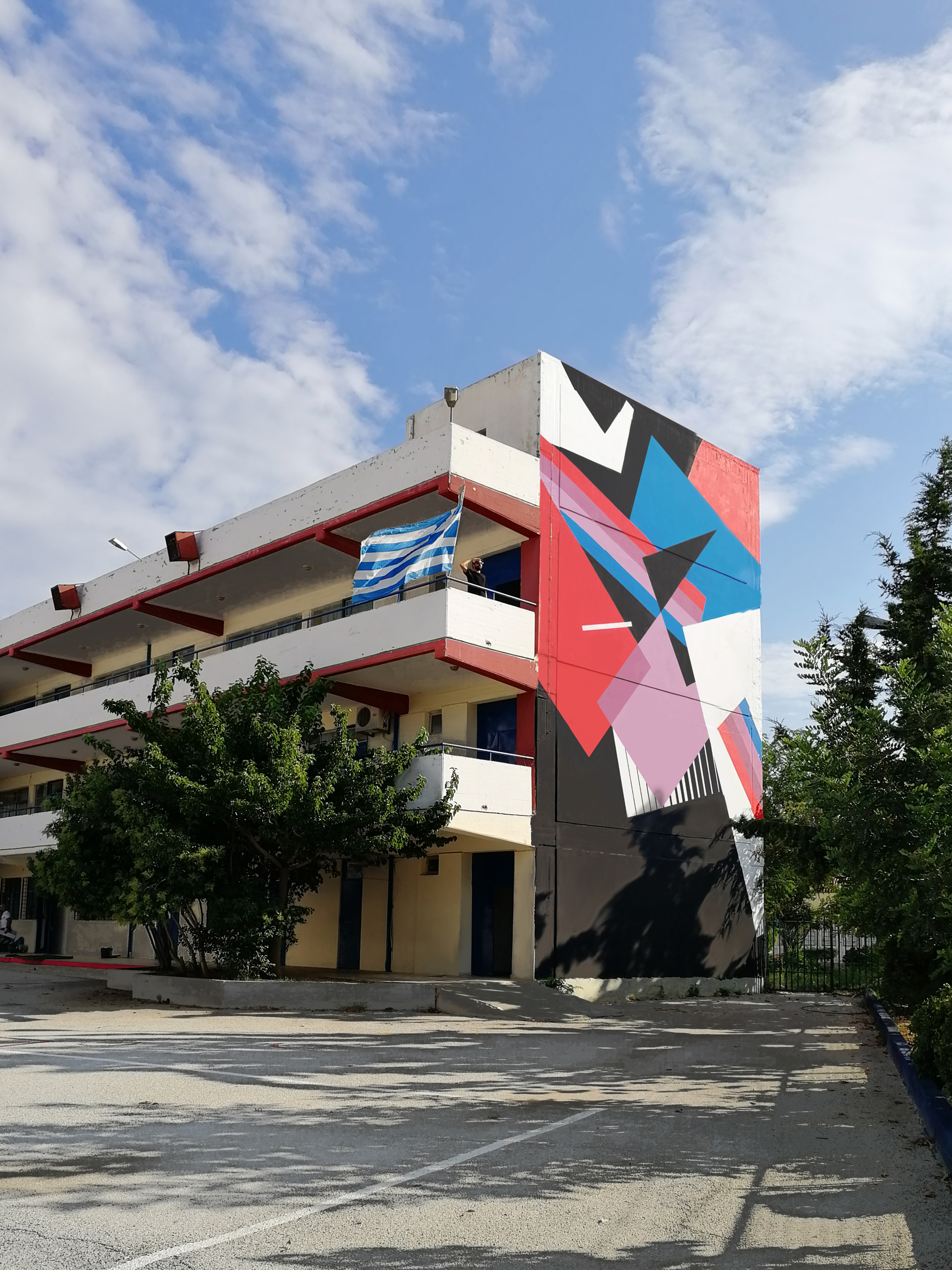 Yayoi Kusama is an incredible artist that is impossible not to know, we had left her with her latest work in New York, the Narcissus Garden that you find here and now we find her in Los Angeles. The Marciano Art Foundation has, in fact, announced that it has acquired the work With All My Love For The Tulips, I Pray Forever (2011), an installation that features gigantic tulips covered with polka dots, combined with a floor and walls made of the same pattern. The work occupies an area of about 1700 feet, on the third floor of the museum.

For those people lucky enough to be in Los Angeles is an opportunity not to be missed, the installation will be visible from Thursday 26 July, until the spring of 2019. Maurice Marciano, the owner of the gallery with his brother Paul, reveals that:

“We are honored and thrilled to exhibit Yayoi Kusama’s With All My Love for the Tulips, I Pray Forever (2011) for the first time in Los Angeles. Kusama is an artist we have admired and collected in depth for many years. This work is a perfect blend of her obsessive conceptual practice and playful aesthetic.”

There is no doubt that the exhibition of Yayoi Kusama will be a real success because as an artist she has already left her mark and will continue to do so. 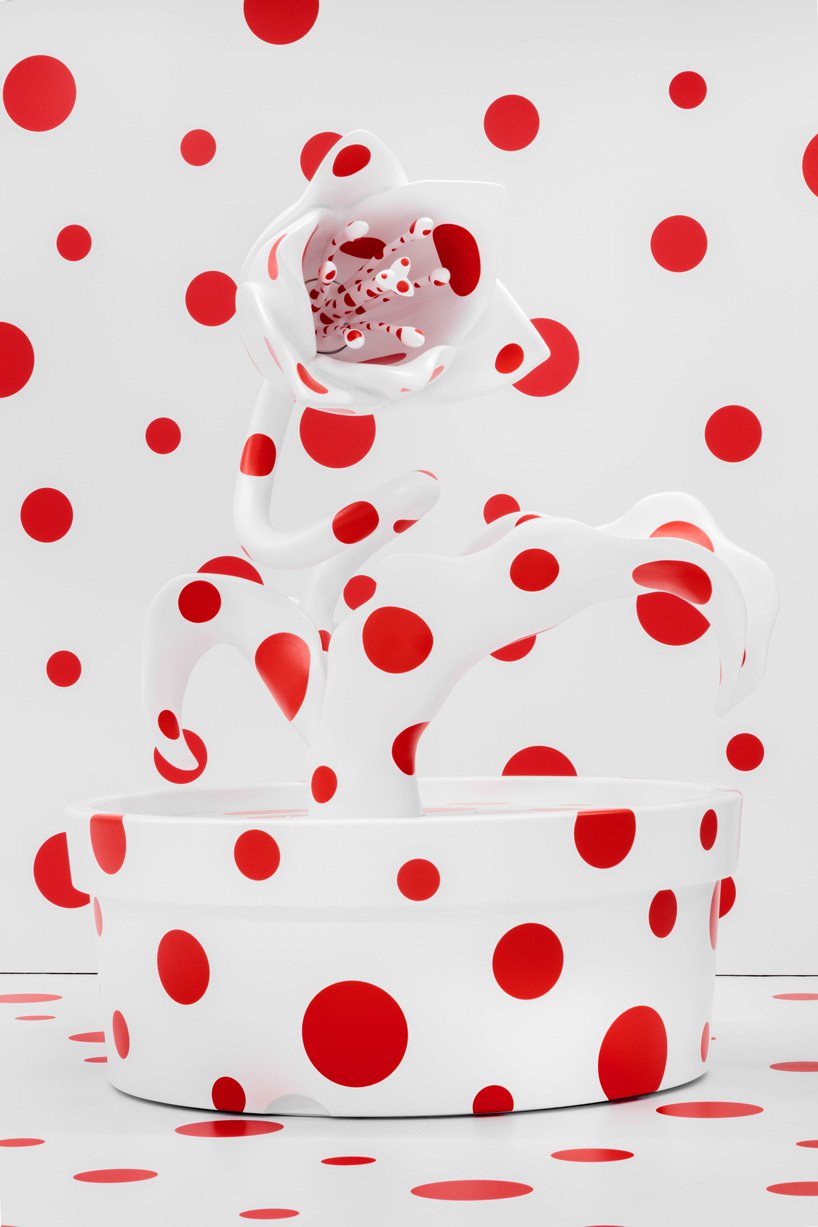 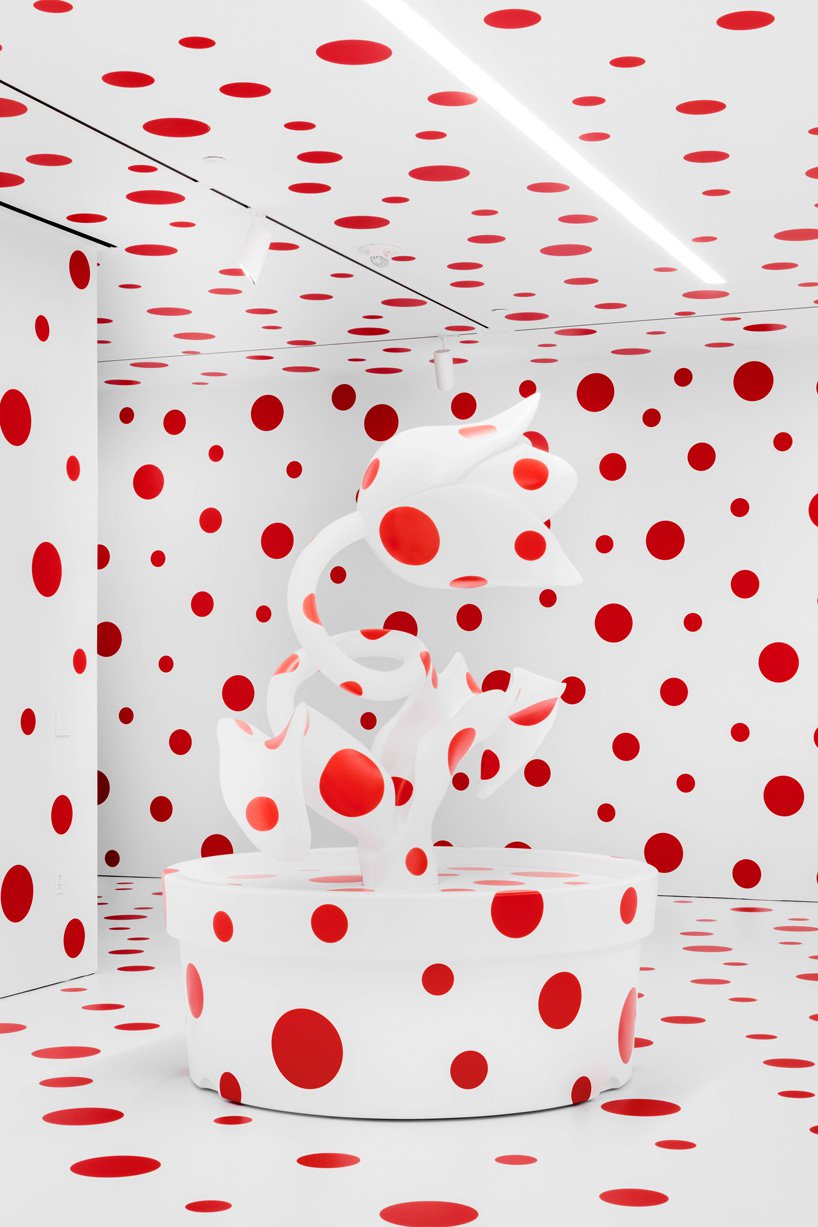 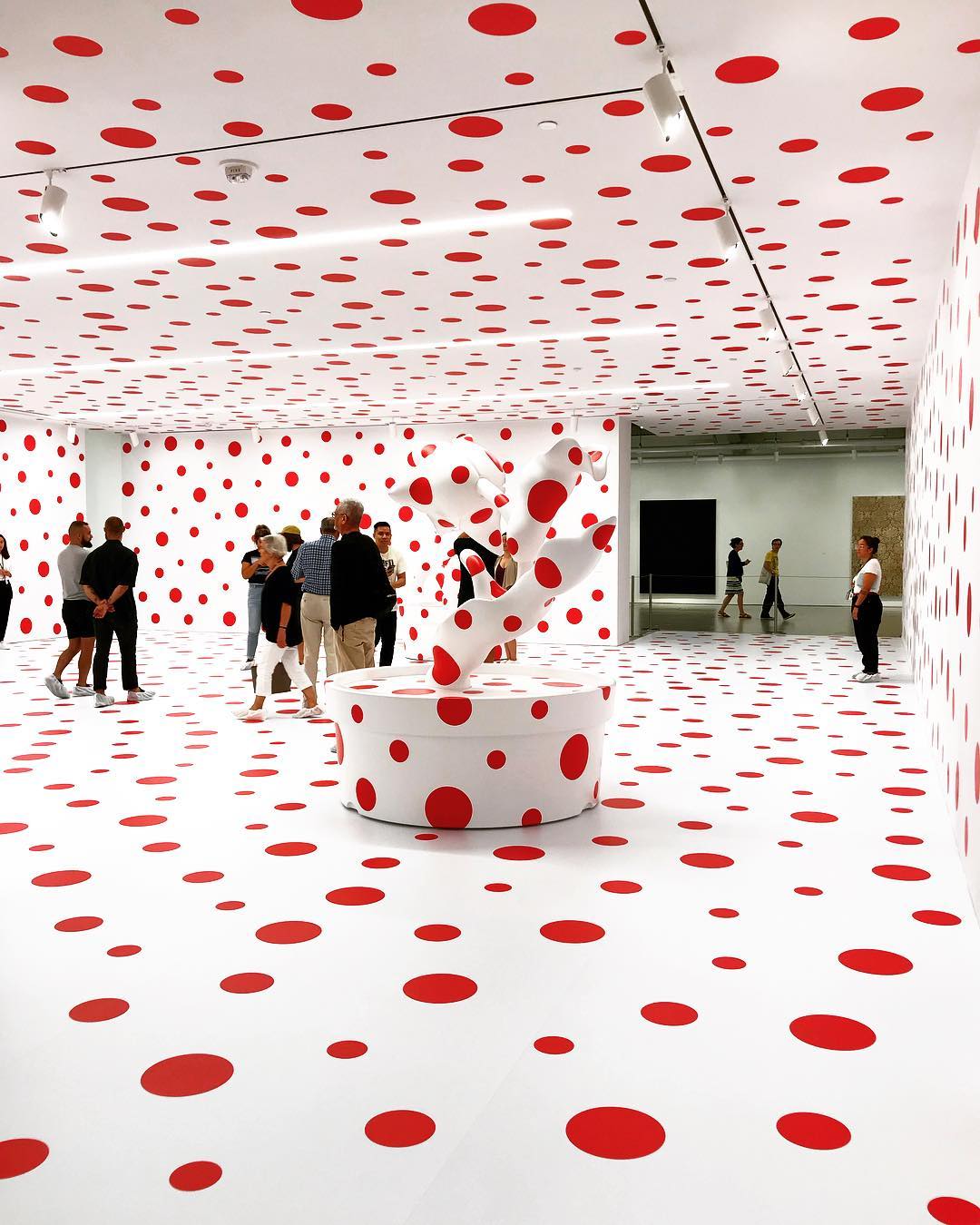 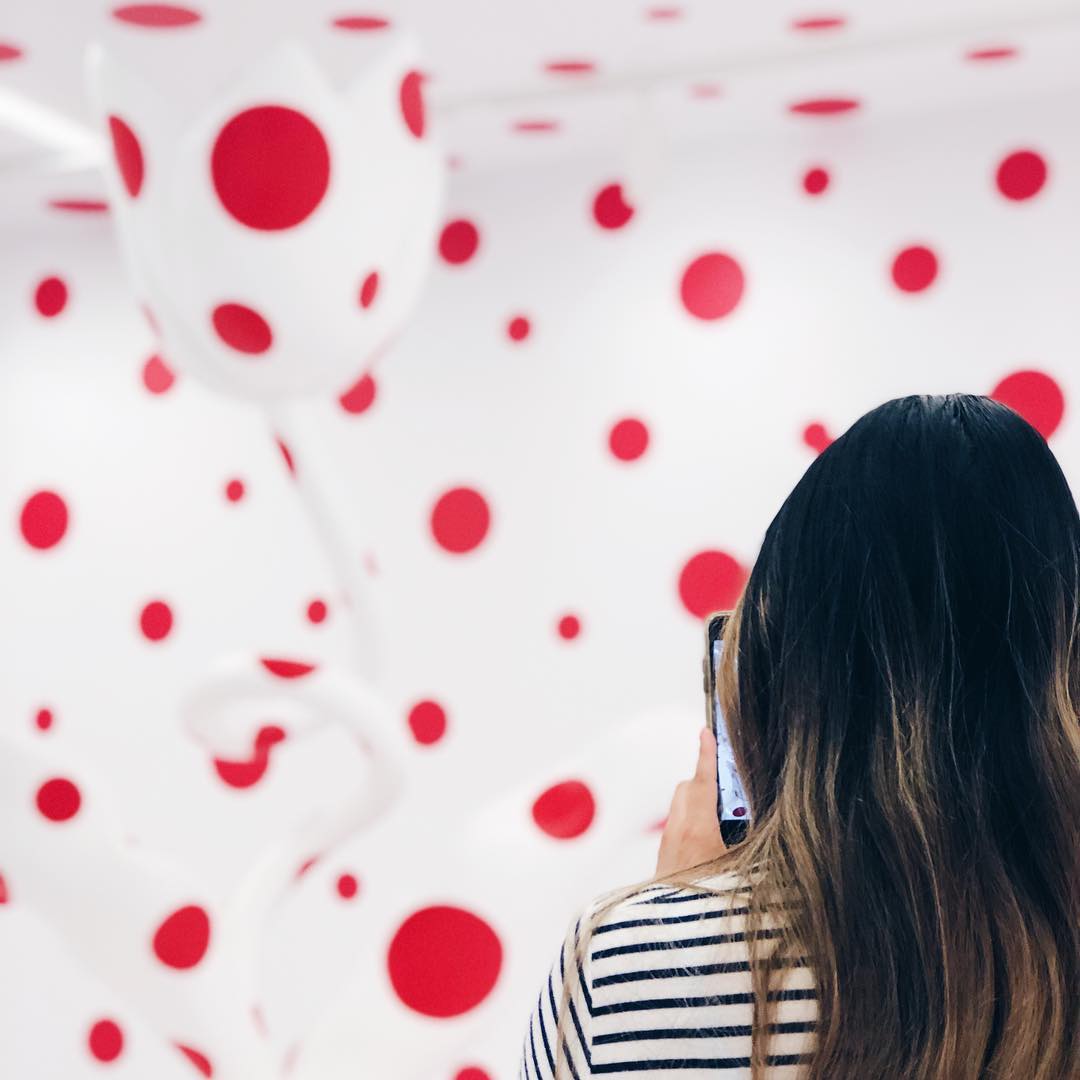 We need to dream to keep ourselves alive: Tracy J Lee has thought it too. She has done her work thinking about all those moments where we often get mentally lost in the city, fix objects, buildings, people and thoughts they dissolve in the air. These moments are the subjects of her creations, often animated, to give the idea of the fleetingness of time, of a thought and a sensation, almost an epiphany.

People are lonely, a little because they feel that way and because they need to spend moments in solitude to reflect, contemplate and try to impress memories, which inevitably fade away. The images can also be read in reverse: as loops of everyday life to which we do not attach particular importance, moments of recurring isolation in the city.

Surely anyone can identify as one of the characters of her work, which become a way to share sensations, emotions and indeed, reflections.

Get lost in the city: Tracy Lee Lee’s intimate illustrations

Ali Cavanaugh with her watercolors characterized by a dreamlike and evanescent atmosphere wants to capture the soul of her subjects or to put it in her own words:

“Tender unseen presence that transcends understanding in the depth of a soul.”

How do we capture the soul? What is a soul?

It does not matter the answer, but the attempt to represent these universal themes through imagination and the own way of making art. The artist, based in St. Louis, refers to the works as “modern frescoes”.
The beauty of her works lies in the idea of being able to capture something indefinable, which almost seems like a hologram, in the smallest details. In fact, paradoxically, the frescoes can be ethereal, indefinite and dreamlike, but at the same time very realistic and full of accurate finishing.

We just have to explore her website, which you can find here. 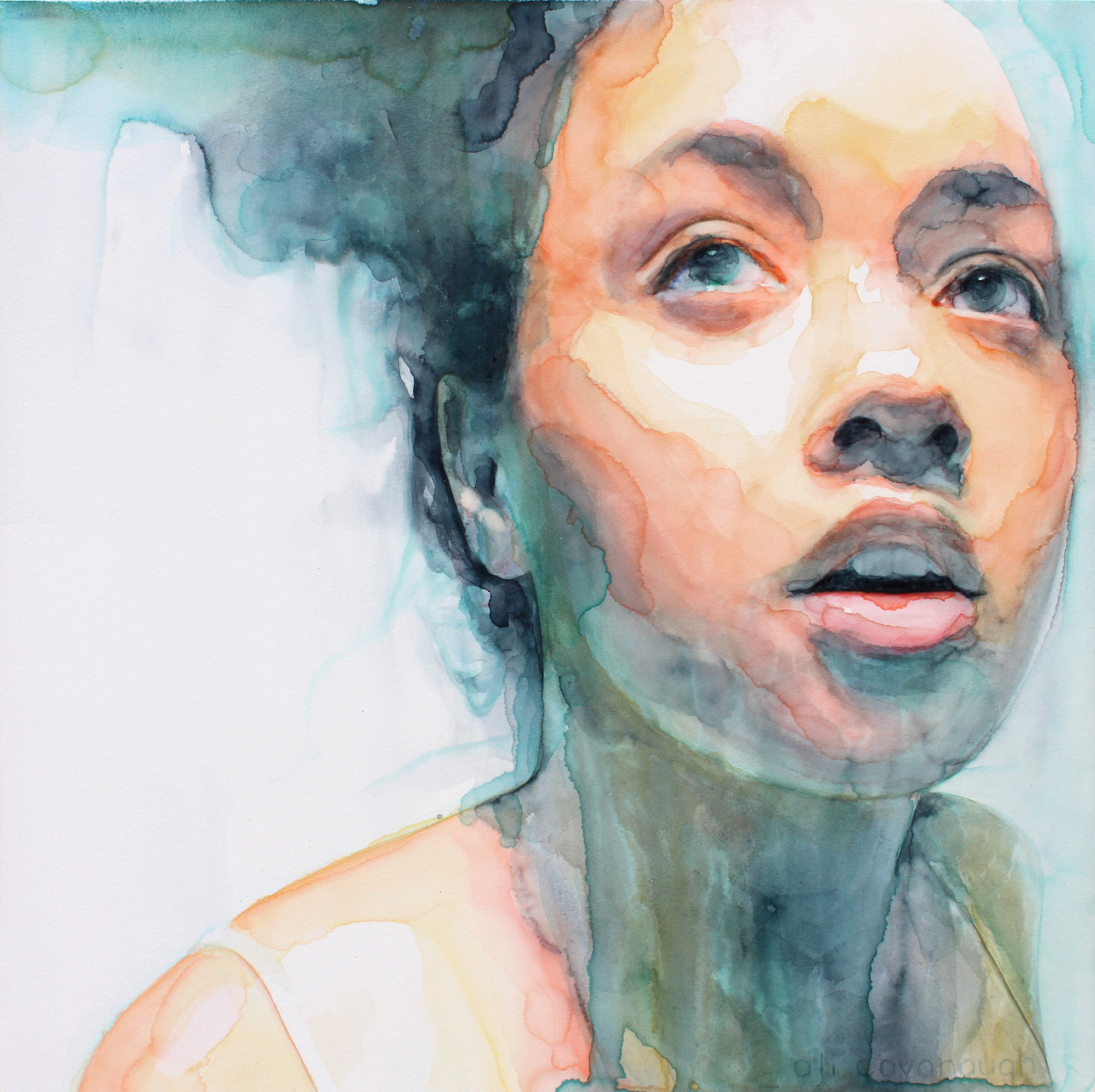 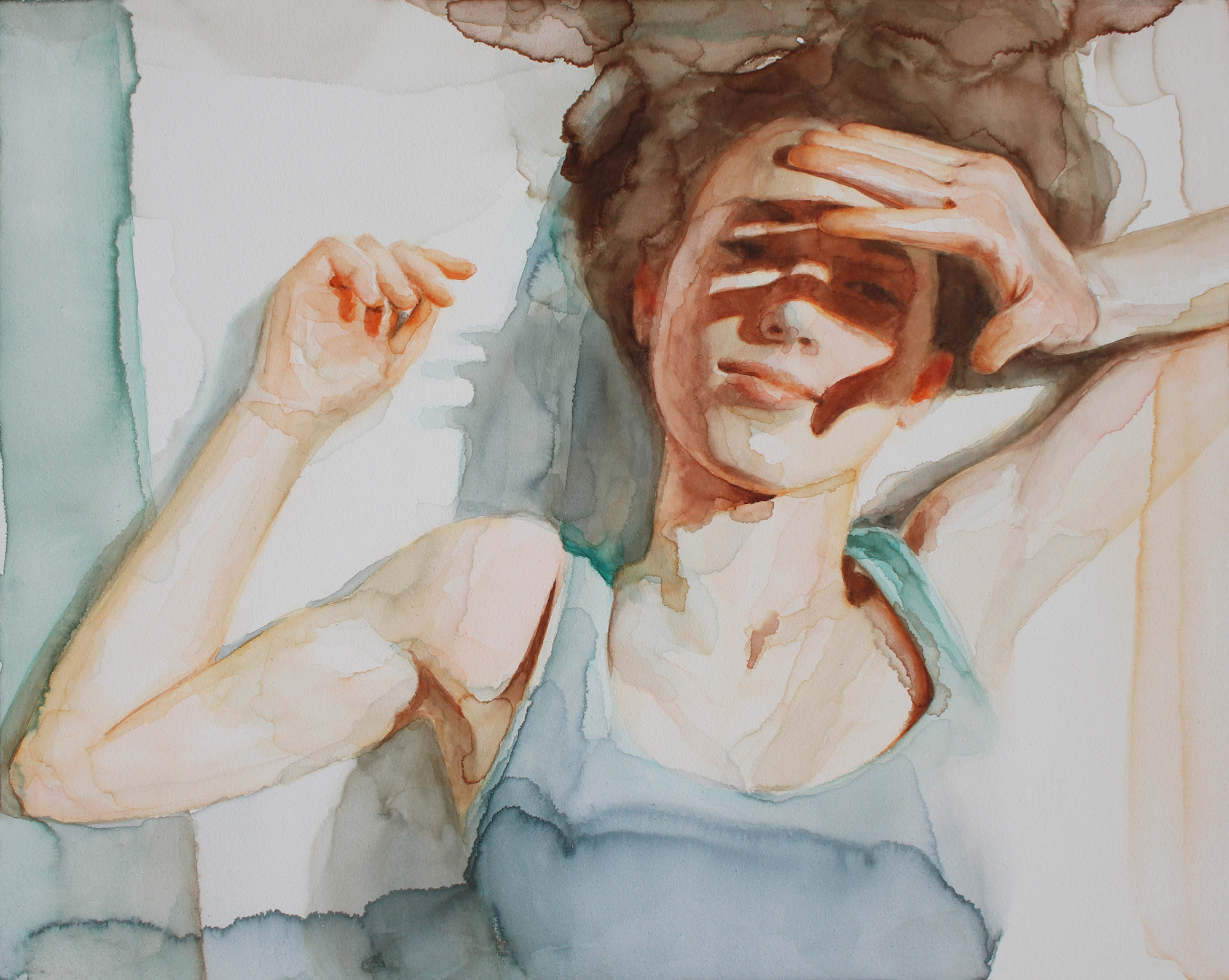 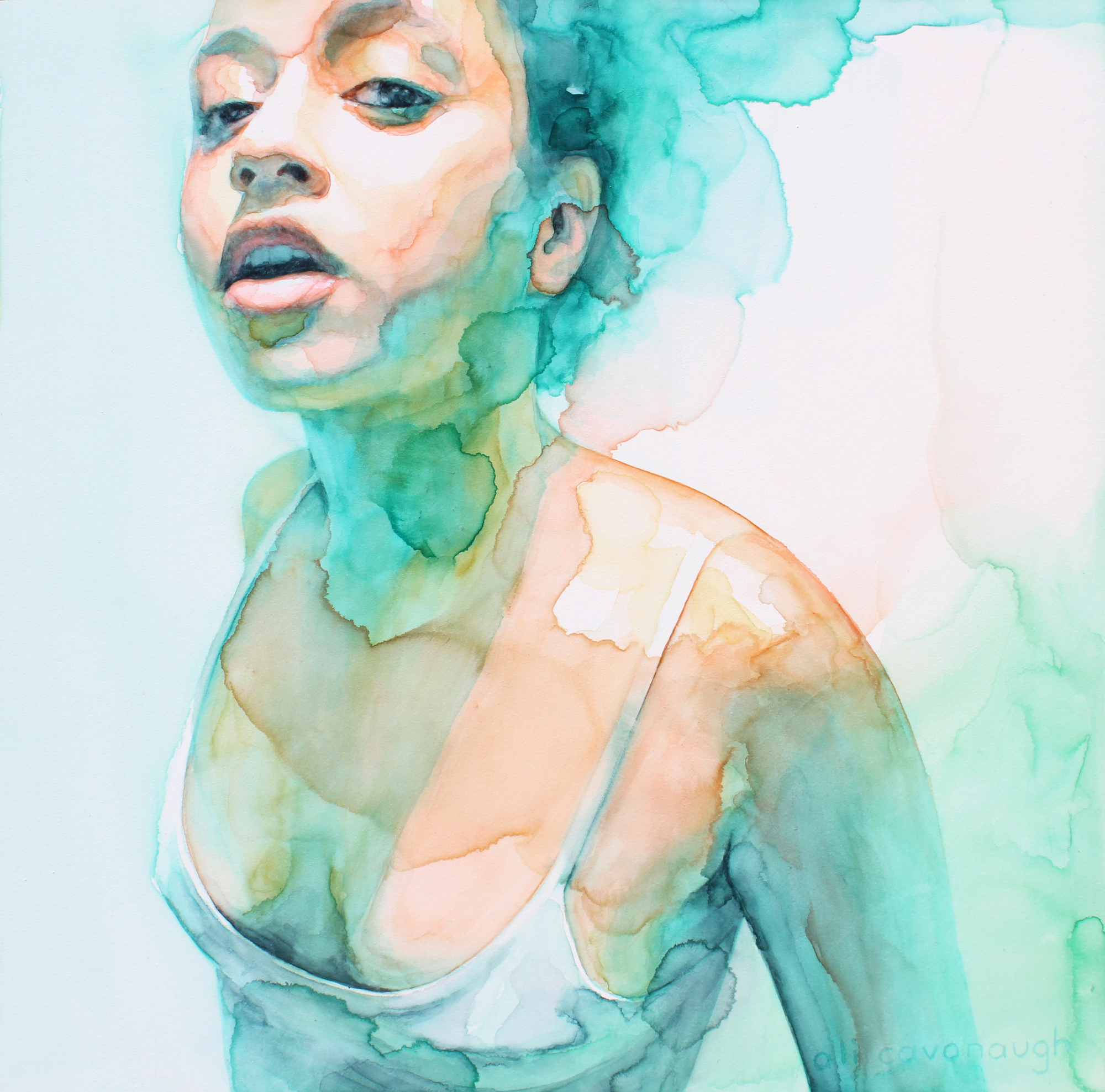 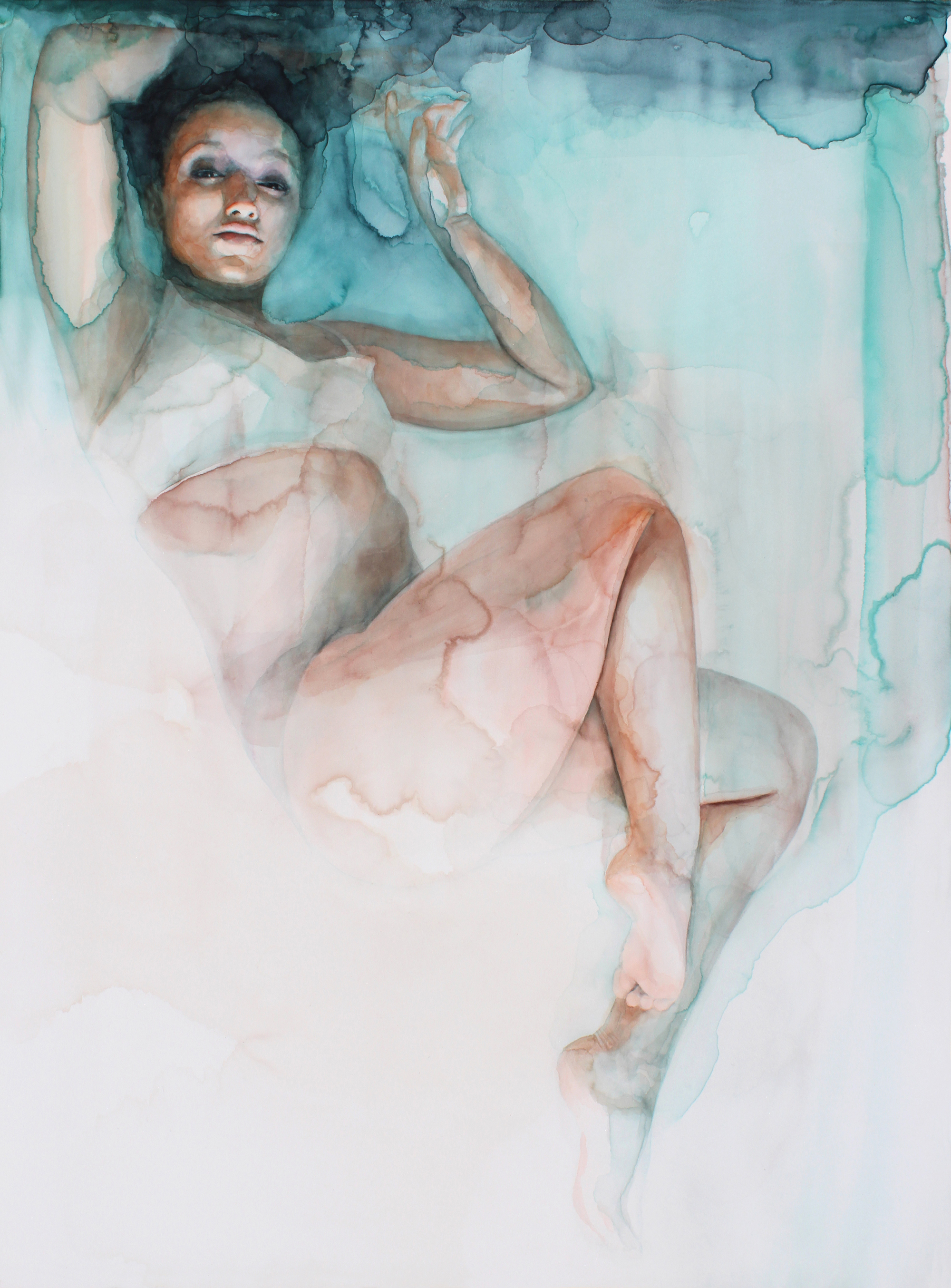 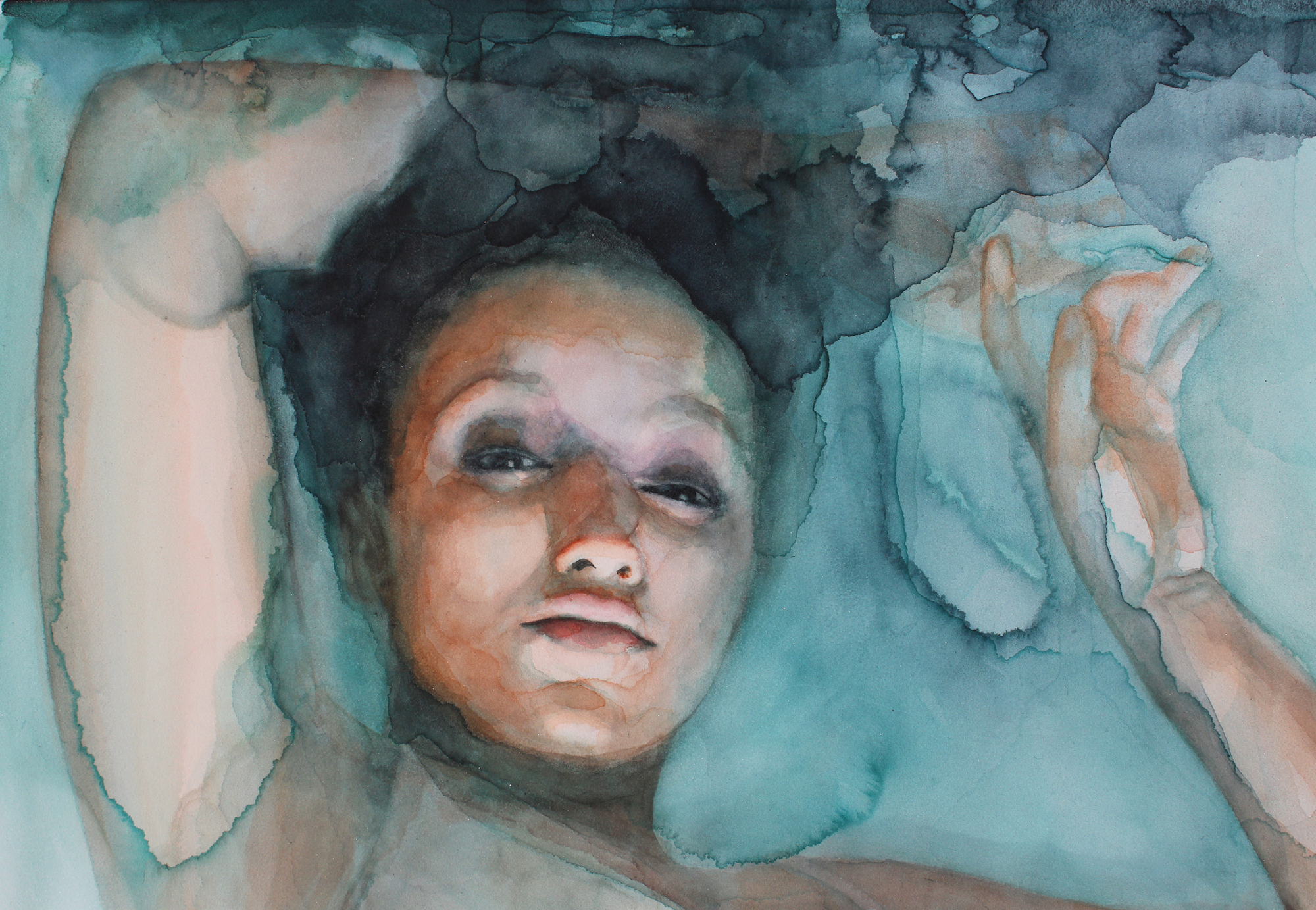 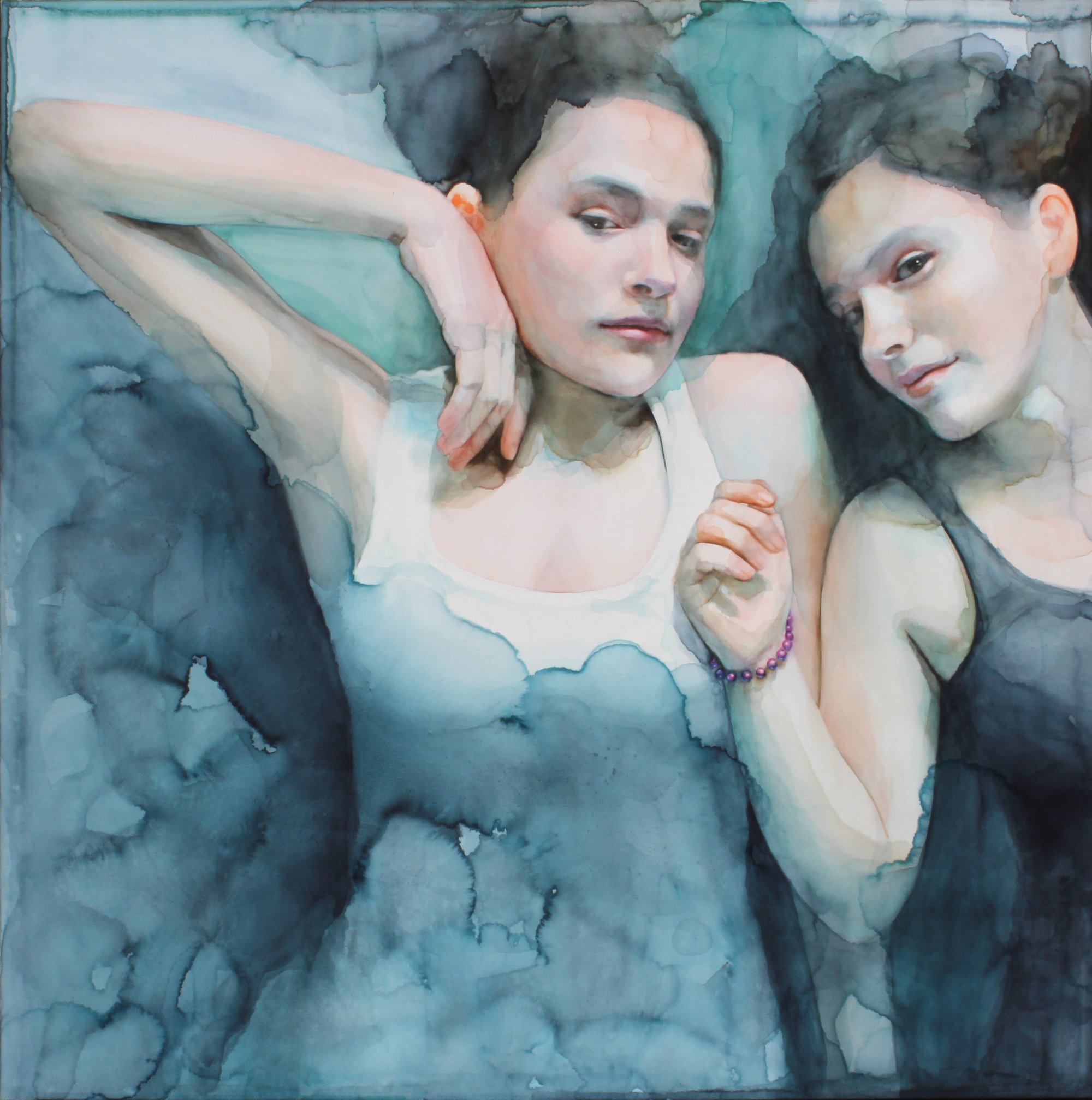 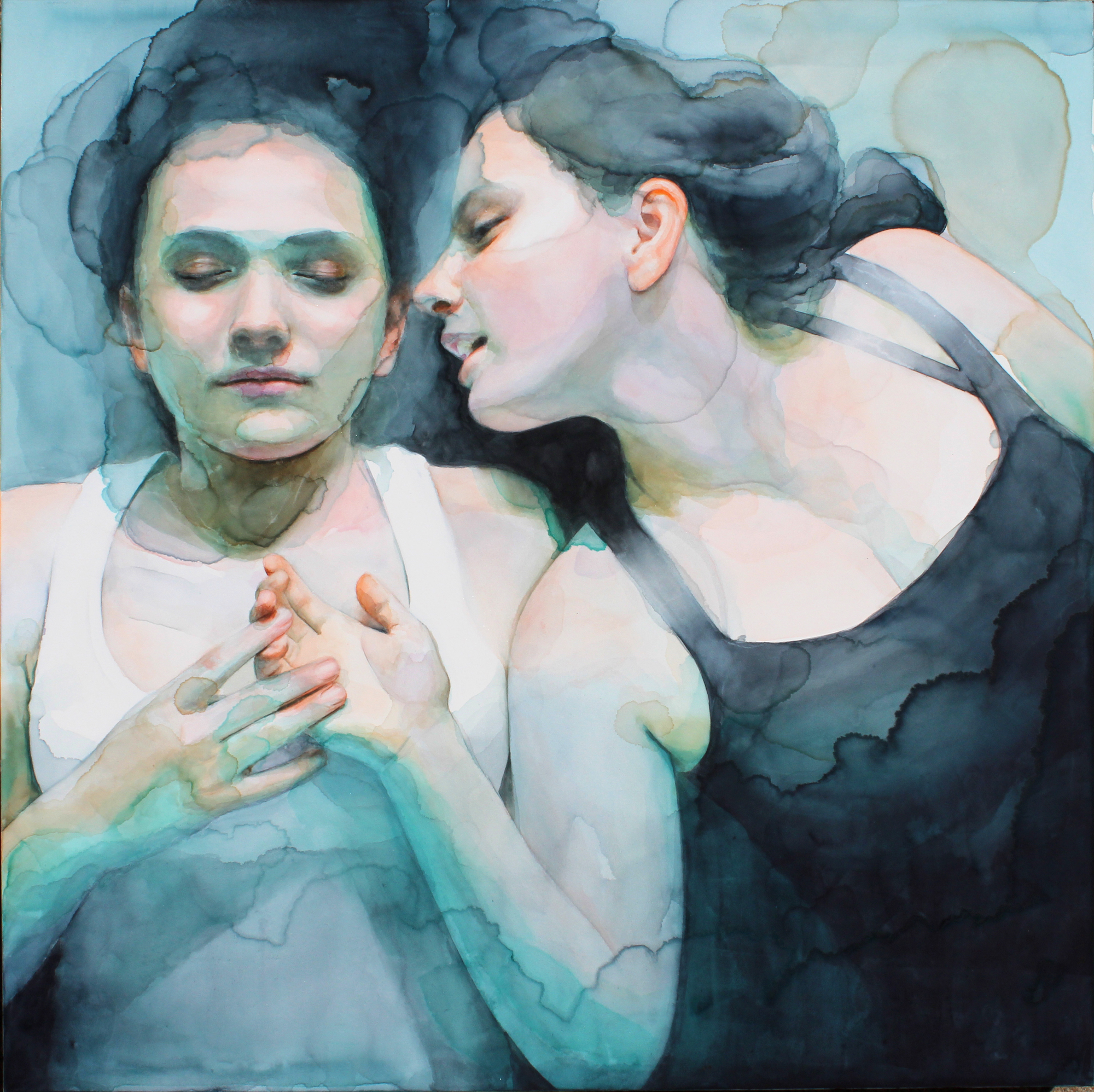 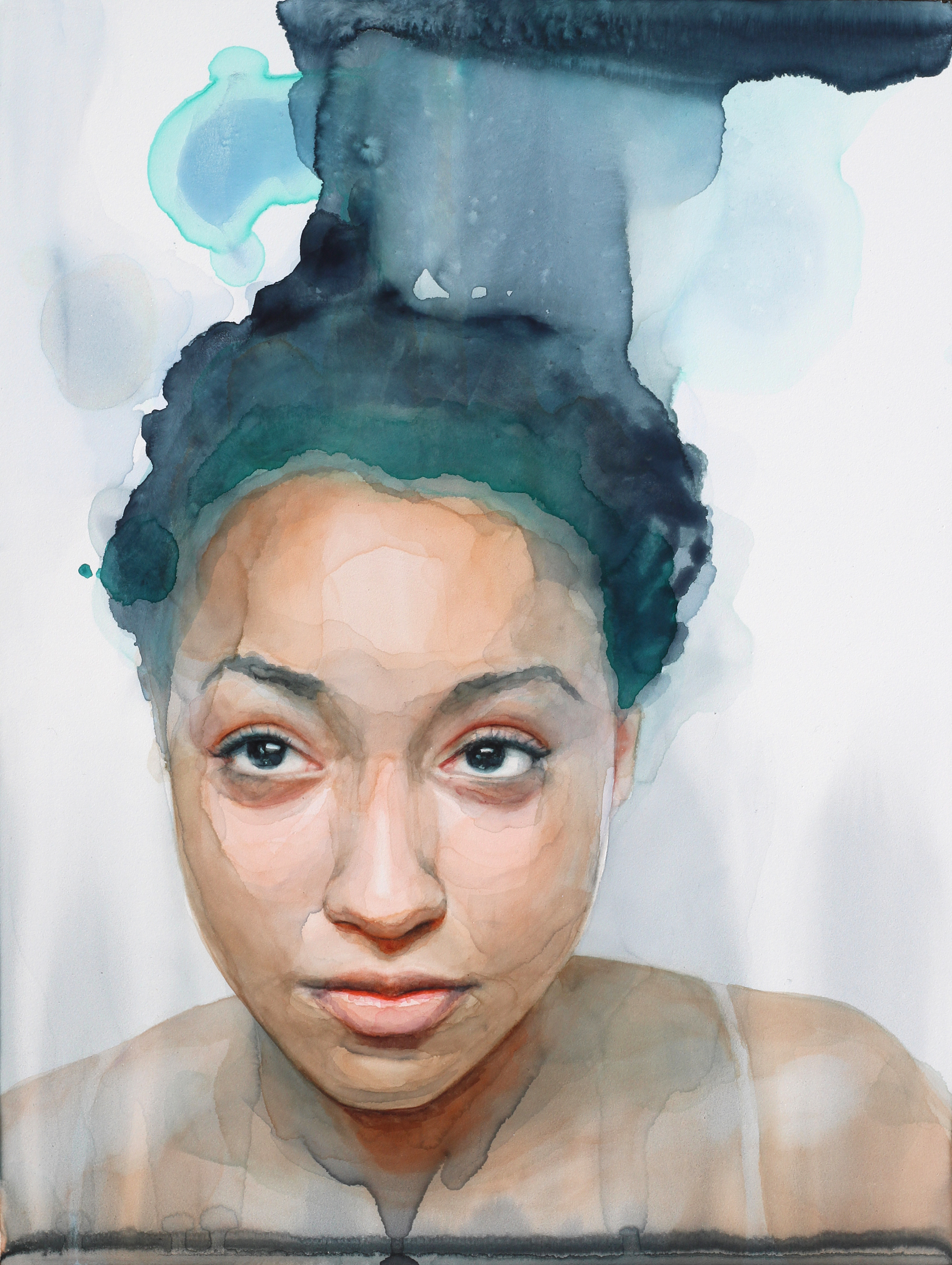 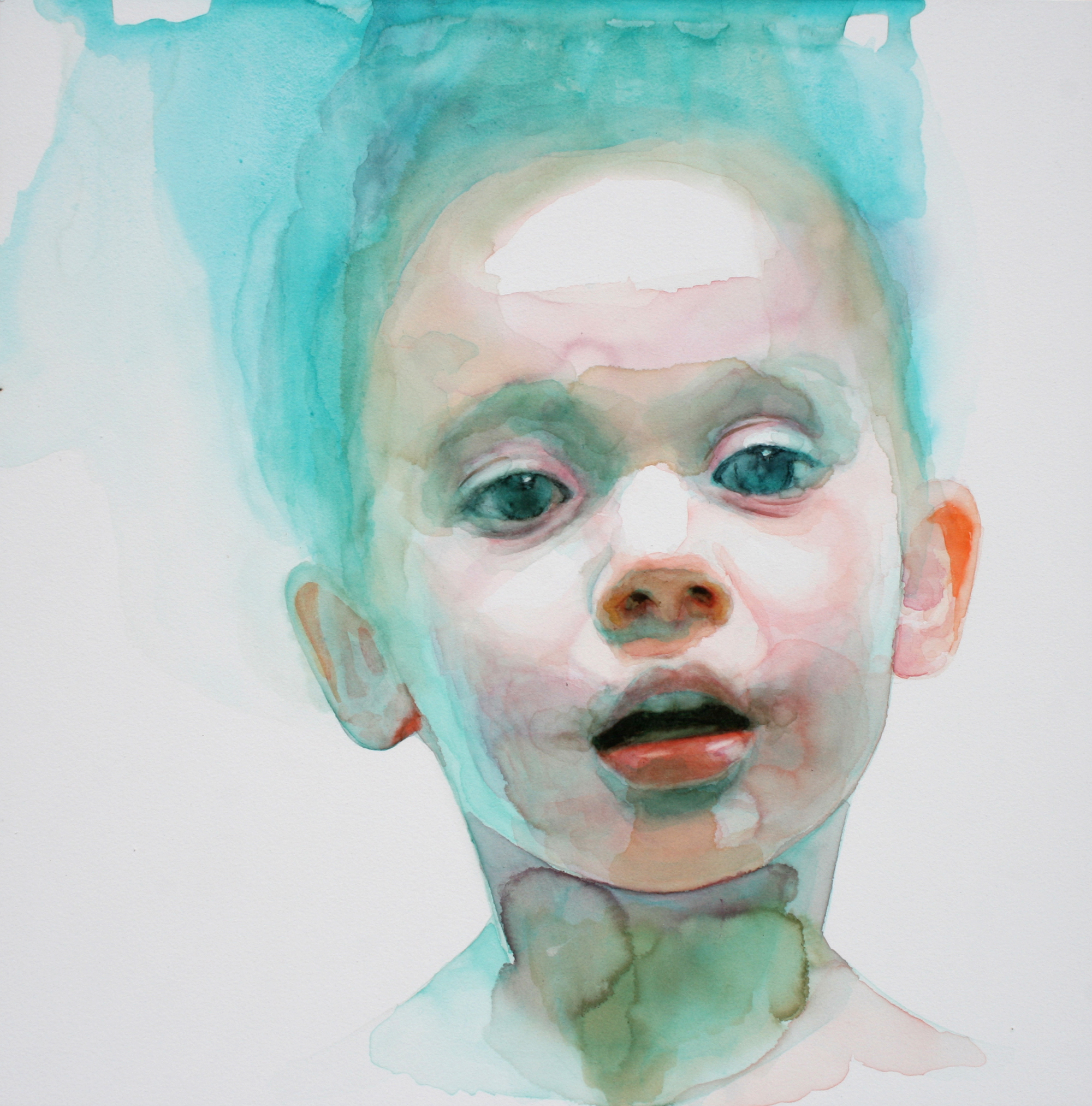 After the mural Amor Populi, with the famous kiss between Salvini and Di Maio, the street artist Tvboy has also become known among those who do not yet know how to define Urban Art as an act of vandalism or real art.

Born in Palermo in 1980 as Salvatore Benintende, he grew up in Milan where he began painting in the streets at only sixteen, where he attended the Polytechnic studying graphic design and where Tvboy was born. Now he lives in Barcelona, where, with the technique of an engineer, he designs and creates his works.

His style is influenced by American Pop Art, in particular by Andy Warhol, Roy Lichtenstein and Keith Haring, but at the same time is inspired by the work of the great artists of the past, such as Leonardo, Botticelli, Michelangelo.

By choosing the street as exhibition space, Tvboy submits to the critics of the public, welcoming over the years more and more consents and approvals, but also going against institutions and politics. It is not surprising that many of his works, including Amor Populi, have been immediately removed.

However, in some cases, it is not the work that matters, but what triggers, the message that transmits. 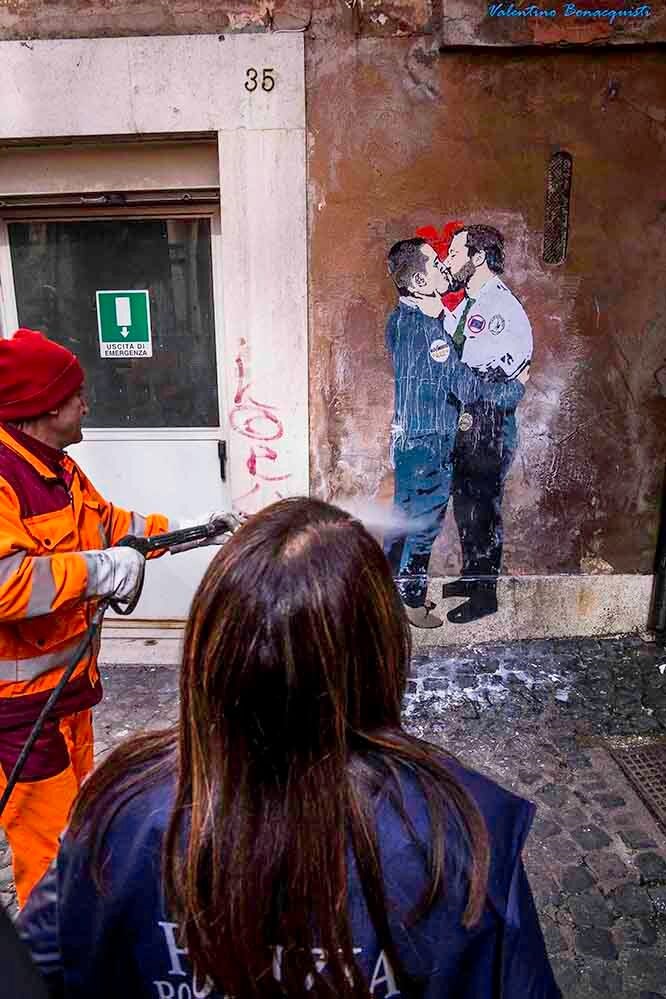 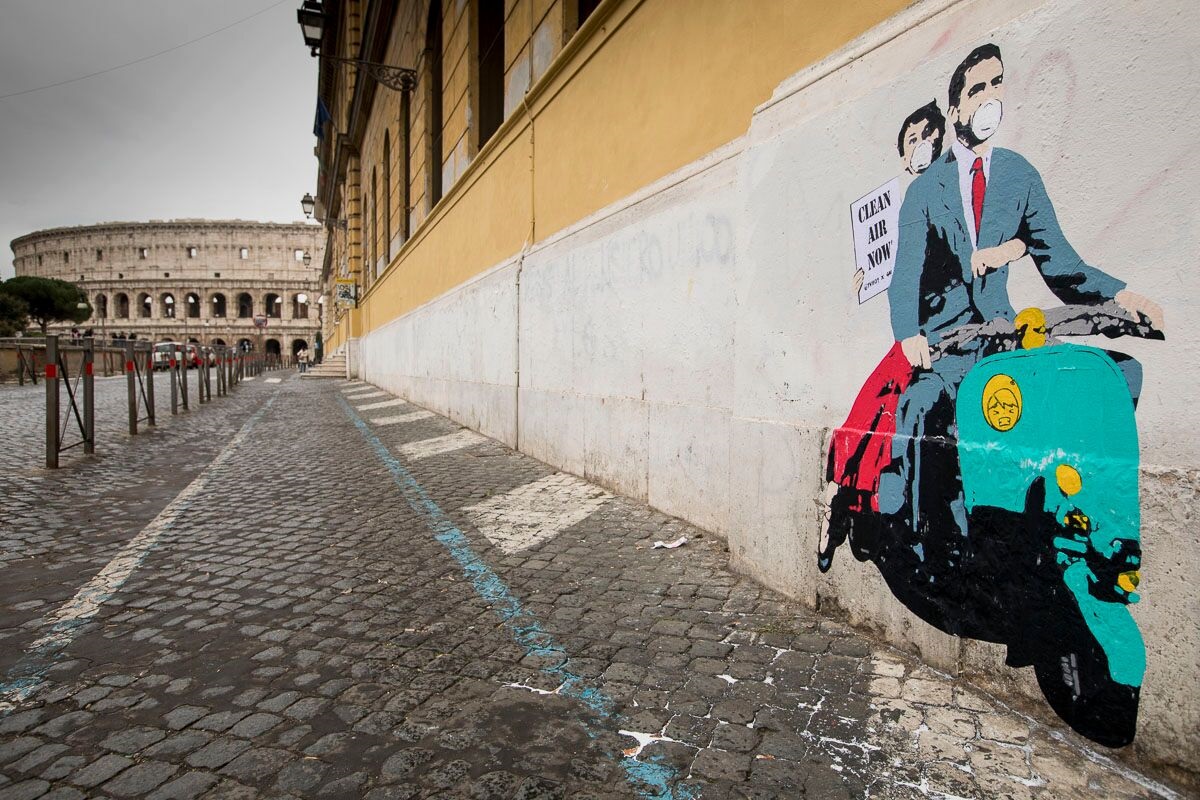 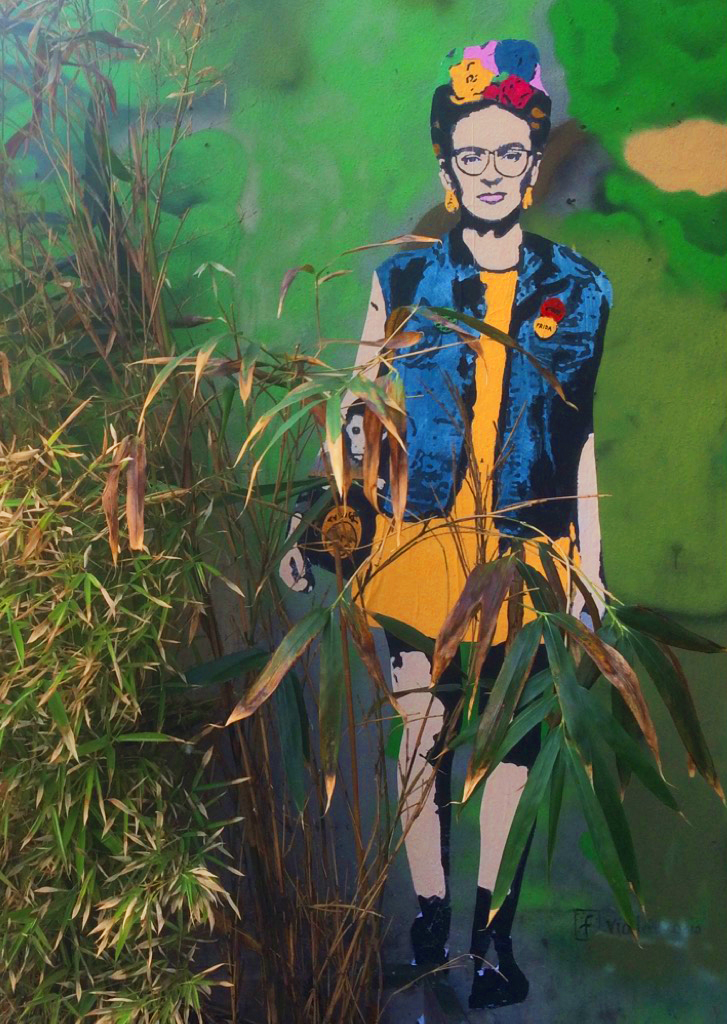 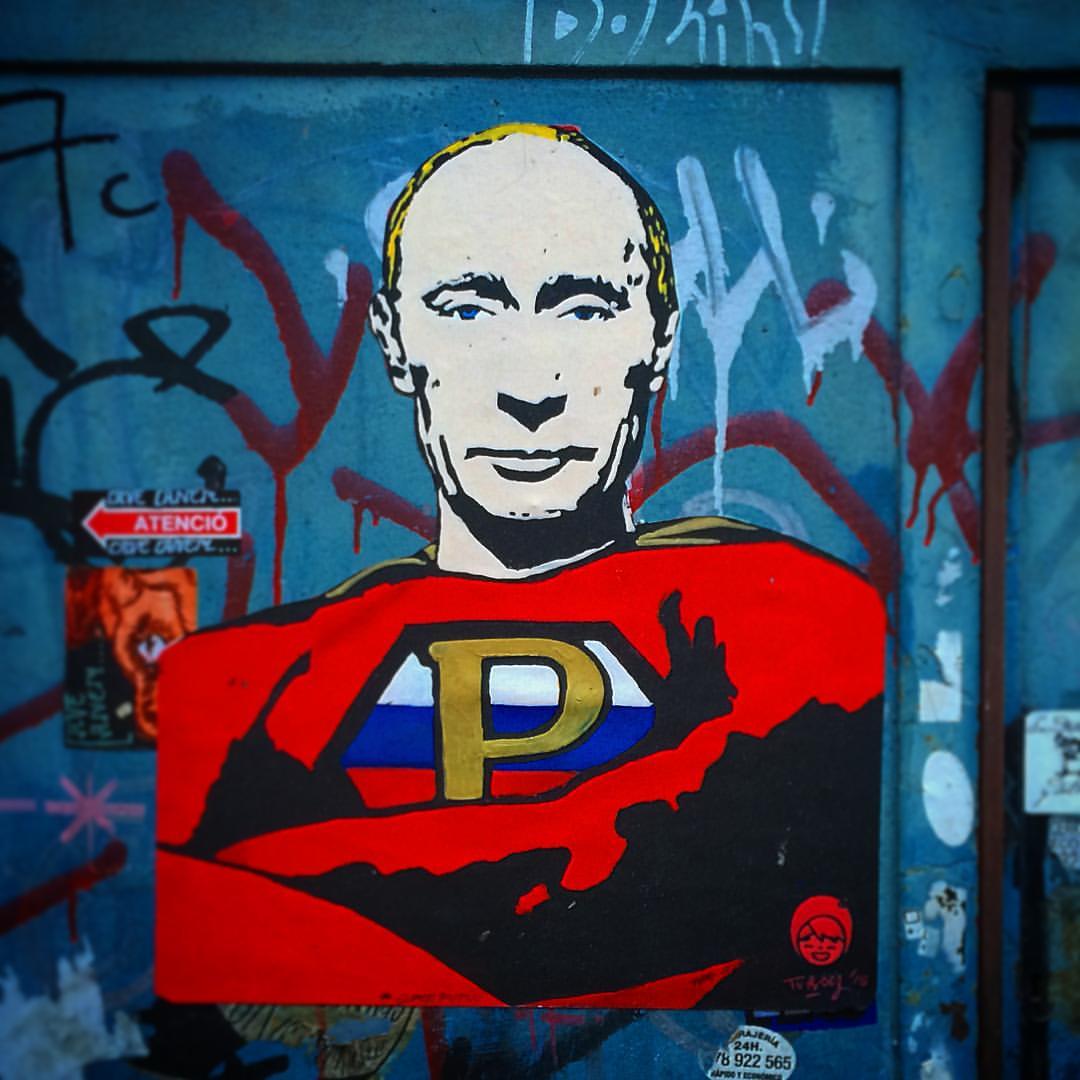 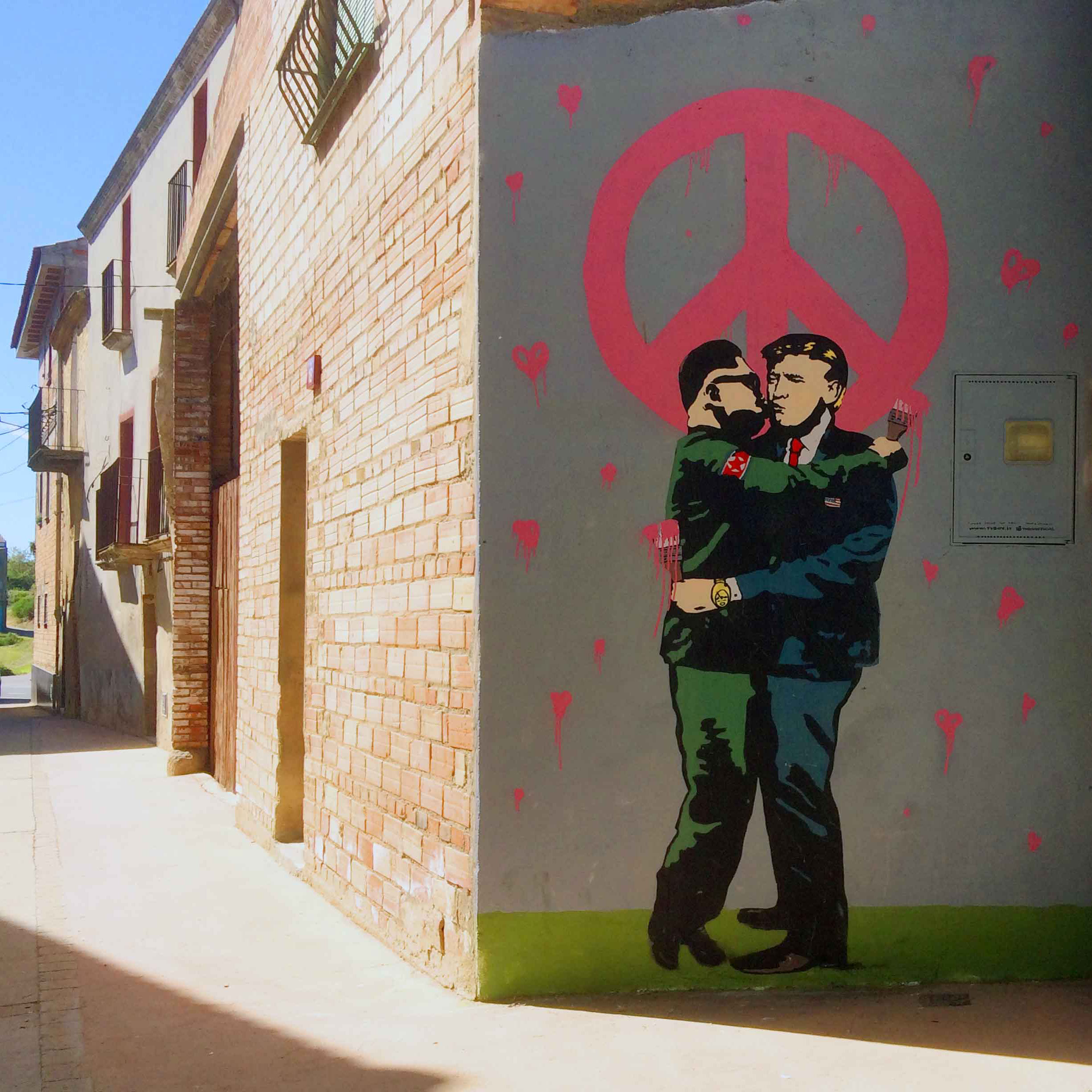 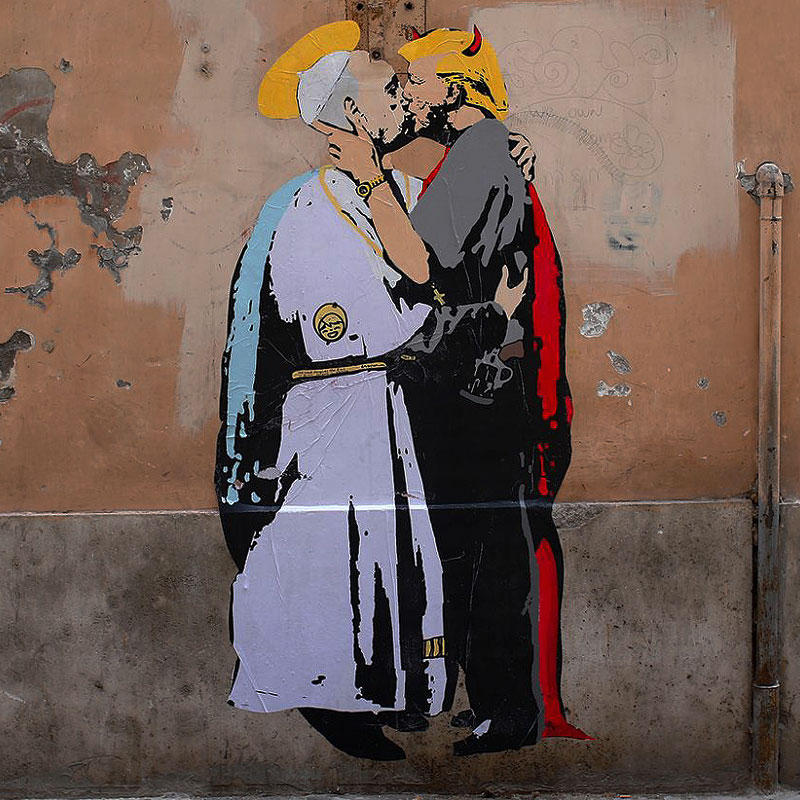 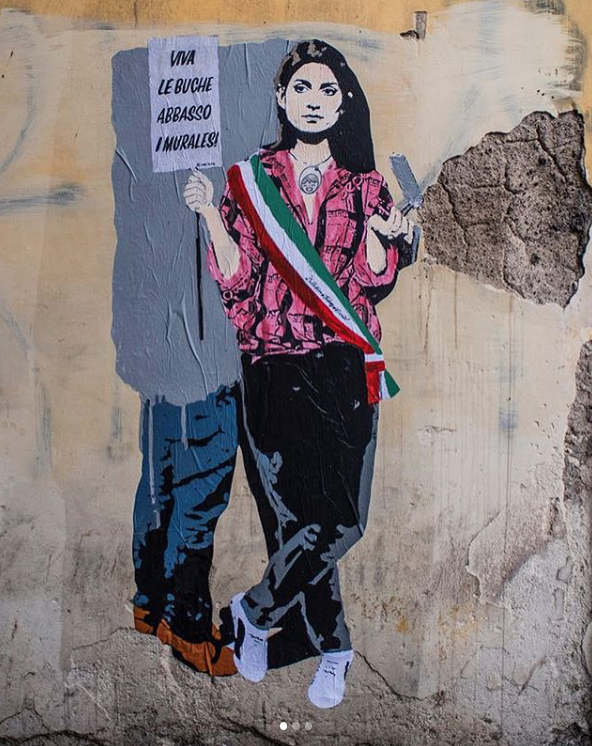 Salvatore Benintende aka TVBOY and his provocative street art