A part of the vast Swatch world unveiled in Madrid during a week of events, art and young talents. The Swiss watches house animated a city that’s symbol of urban and social transformation, presenting artistic projects created by 15 young talents, their creative coaches, and also five music bands and an urban art collective.

Madrid is the first stop of a journey called Swatch Cities, in which Swatch is in charge of the artistic training of the selected talents, but also of the launch of initiatives and collaborations whose main focus is always art.

What we’ve seen in the Spanish capital is the ability of the brand to interpret and tell the different worlds belonging to different eras and languages.

Starting from the collaboration with the Thyssen-Bornemisza, which witnessed the launch of three watches inspired by three artworks of the museum’s collection (the Gracious Bouquet refers to the work “Chinese vase with flowers, shells and insects” by Balthasar van Der Ast, the Sleepy Garden inspired to “The Dream” by Franz Marc and, finally, the “Red Shiny Line” which celebrates Piet Mondrian’s work with his “New York City 3”) 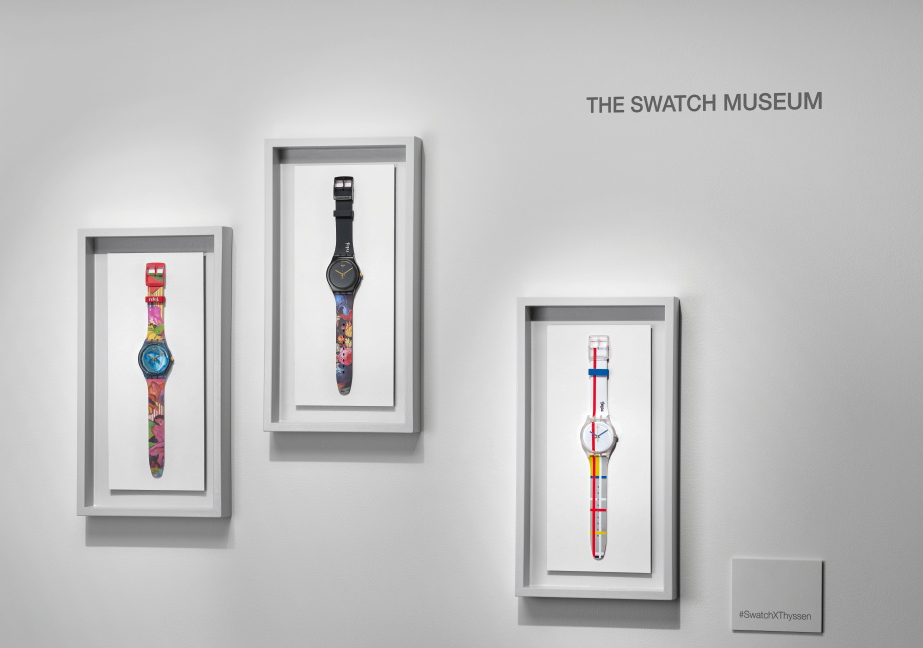 Starting from the canvas created by Antonyo Marest to customize his Swatch, and ending with “La vida es movimento”, the large scale wall painting realized by collective Boa Mistura on the walls of the old Mercado de San Cristobal, a small neighborhood in Madrid now surmounted by high skyscrapers. 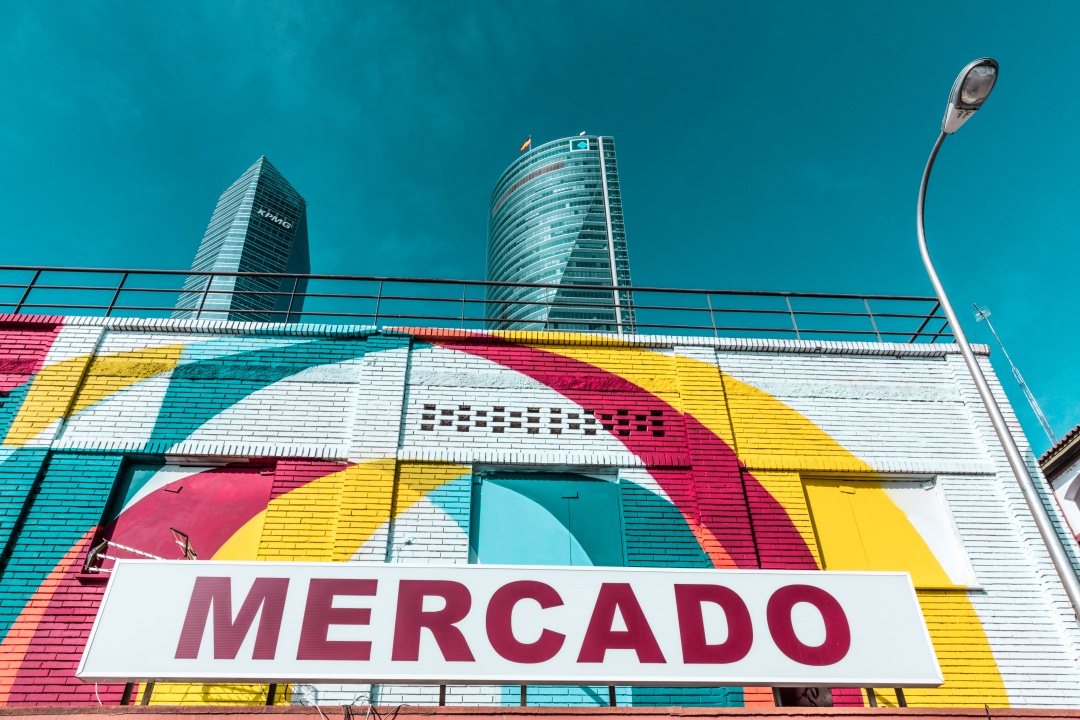 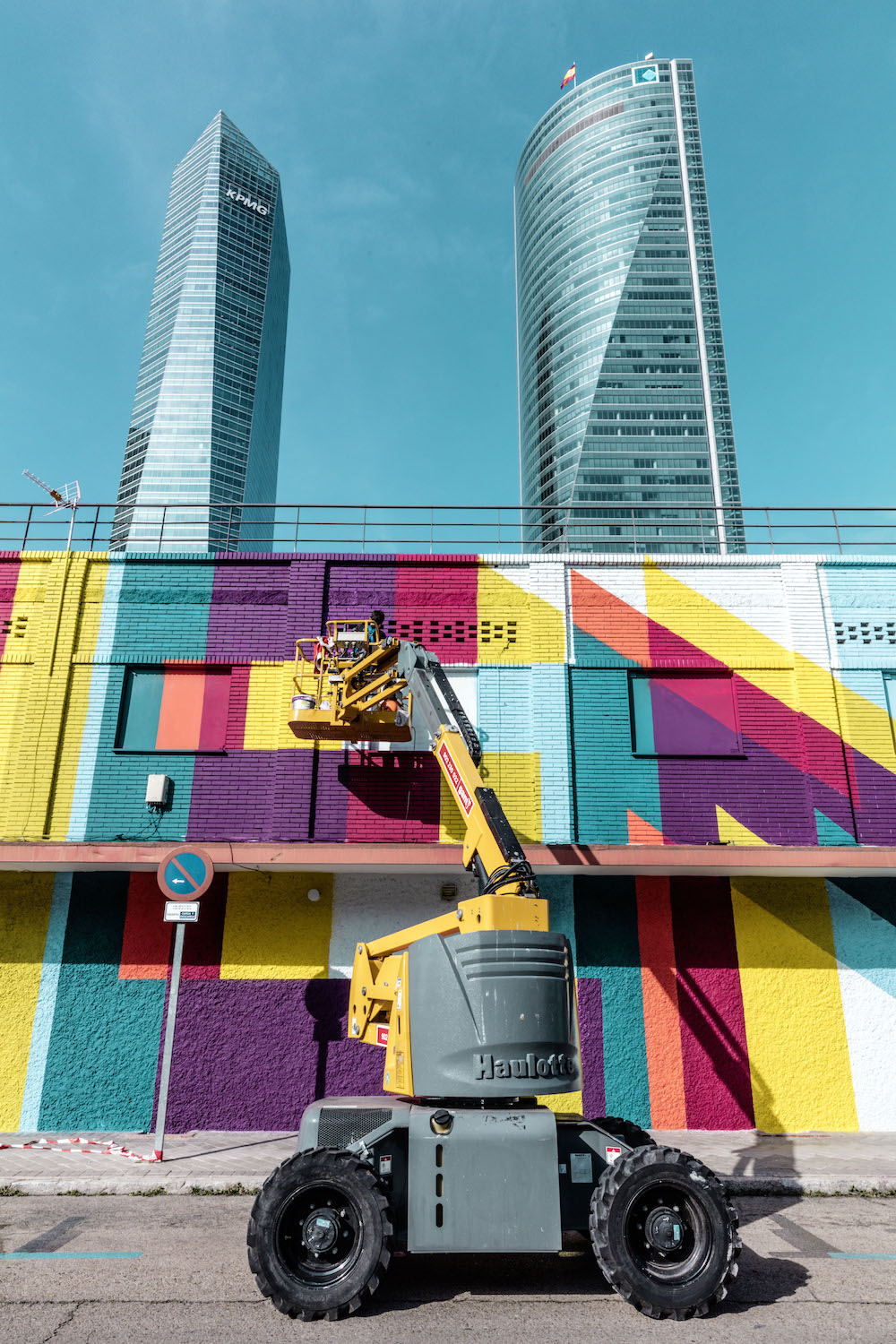 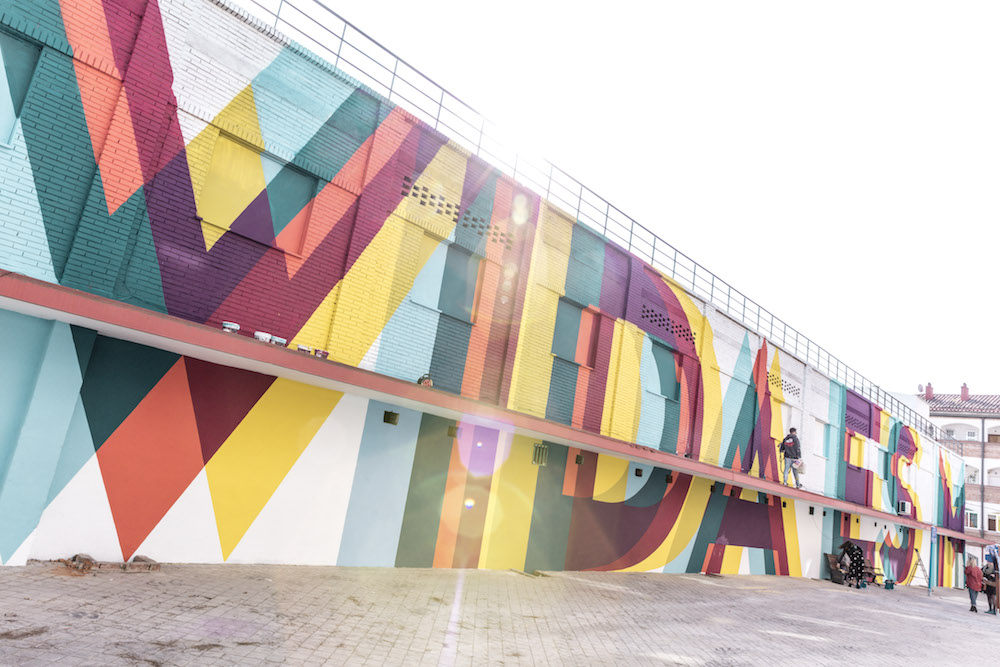 A work, the one of the urban artists collective, that we can also find on some of the watches presented during the launch event, with new customization service Swatch X You.

Differently from before, in fact, now it will be possible to customize your own watch using six new “canvas”, real canvases from which to choose the favorite portion moving the reproductions of the watch on them.

A creativity without many limits, the one the brand proposes and the one creative director Carlo Giardinetti talked to us about. 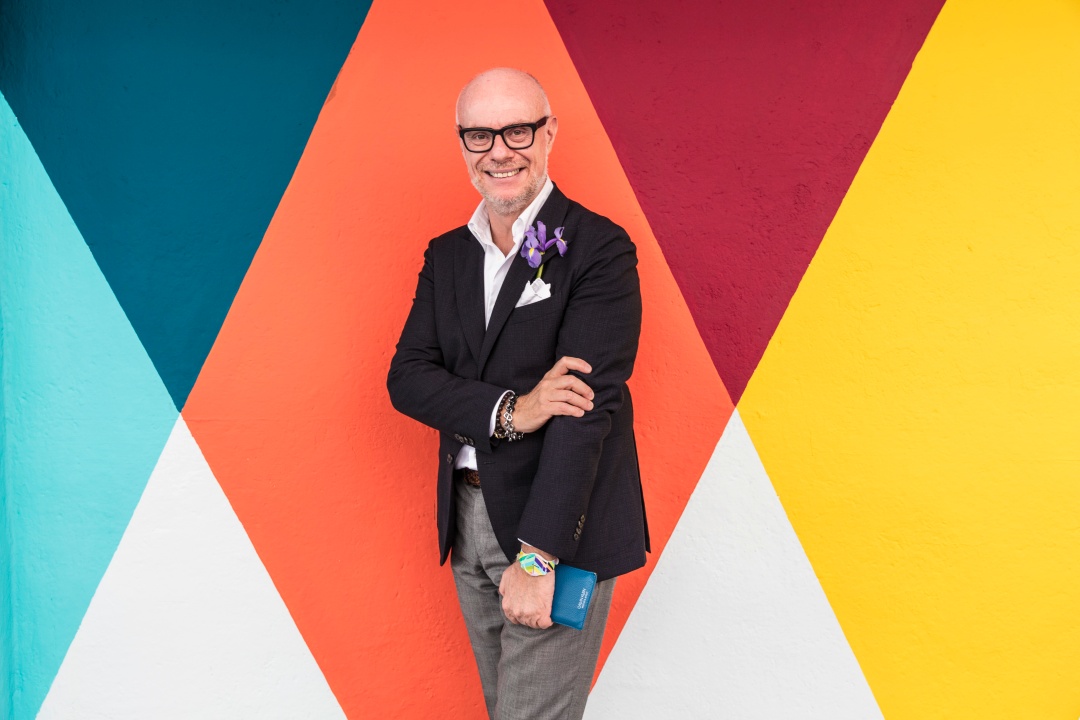 Swatch watches have gained an iconic role, what do you think today – being used to release and collaborations – are the characteristics required for a watch to be a must-have accessory? Can an artistic collaboration make it such?

Actually, collaborations are today’s must-have but we’d like to remind that Swatch has always done them. We started working with artists almost unconsciously, with personalities like Vivienne Westwood, Jeremy Scott and some brands too.                  What I think makes these projects interesting is the authenticity, working with people or brands with the same shared values.  We really believe in this, for example we started to collaborate with the Rijksmuseum in Amsterdam when they had the idea of digitalizing their archives, allowing anyone to reach them without barriers, something absolutely Swatch.                                       I also like it when more traditional institutions, like the Thyssen Museum in Madrid, open up to these ideas, letting us even intervene on the artworks, which isn’t something taken for granted. What makes a watches project interesting right now is this capacity, with a small piece of plastic, di light up an emotional relationship with the product, more so with Swatch’s spirit, so with a quite democratic price.

We like in an era of customisation, variety, art collaborations, and Swatch seems to be guru, a guide, a brand that before anyone else, more than twenty years ago, had interpreted these trends. How do you approach today’s variety and did your market change?

A part of the project saw the inclusion of collective Boa Mistura. According to you, what answer would be given by the general public of the the collaborations with Street or Urban Artists? Had It changed or is there still a party that doesn’t recognize it as an art form?

Working with them was really easy, they’re very kind people and very intellectually polite. When we had the idea we found ourselves evaluating different proposals, but we chose them on the basis of their projects, there’s always a message. When there is a message to appeal to, indecently of the colors, the drawing, the debate elevates. The problem is that, still today, if we think of street art the first thing that comes on our mind are taggers, something that has a little more violent dimension, absolutely not truthful. For next spring we’re thinking about a collaboration with different Street Artists, among which a Lebanese guy who made an extraordinary work on the bombarded buildings of Beirut. They’re characters that have a richness inside that’s very different and much higher than an artist that lives in the gallery where he paints. I think Swatch is also perfect to help them getting rid of this reputation. The problem is that these artists live at the borderline of legality and what doesn’t help their reputation are the real taggers, the ones with no message to share that hurt the whole category, the city walls, and often even the great works of real artists.

One of the most interesting projects by Swatch is, without a doubt, the one linked to the Swatch Art Peace Hotel in Shanghai, where collaborations between the brand and the guest artists started. Which is the one you remember with more pleasure? Is there a possibility for a new residency for artists in a European country?

Surely, one was we brought artists to Venice in 2015, protagonists of a very demanding project. During Biennale we had a stand near the arsenal that we renovated five times during the seven months of the event. Then there’s an Italian guy, from Crema, Stefano Ogliari Badessi, who I like for his energy and for having a very developed dimension of the game.  One that, during his stay in shanghai, modified the studio everyday. A real volcano. The last one is a Chinese artist, with whom there is a special feeling. Sometimes, he sends us some works, some images he’s seen, we became a sort of alter-ego for him. He doesn’t do it because he wants to collaborate with us on a particular project but just because he wants to share them with us. Something very beautiful. Regarding the European residency, no, we won’t do it again. (laughs) We had already asked ourselves, we asked if it was possible to repeat the event but for now the answer is no. the way in which it was realized and handled has a level of quality that’s hard to replicate again, much is due to the city in which it is. Certainly, it could be done in a different way, but for now we are not worrying about it.

Not for now, the truth is I wouldn’t like to replicate this without originality. Surely as an Italian, convinced that culture in Italy is the only thing that saves and will save us, obviously I would like to. Let’s see, in this moment there would be a vast choice: Brera, Vatican Museums, Venice.

The one you would like to collaborate with the most?

I think I would say Brera because it’s going through a wonderful re-birth and because it’s also a school, not just a museum but also a project pointing at the future. 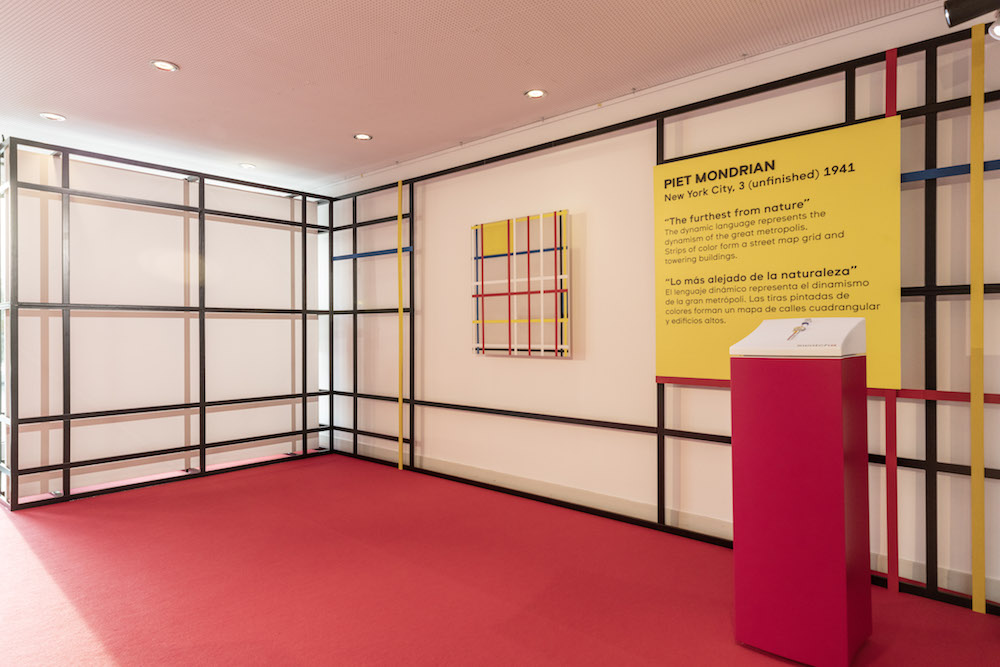 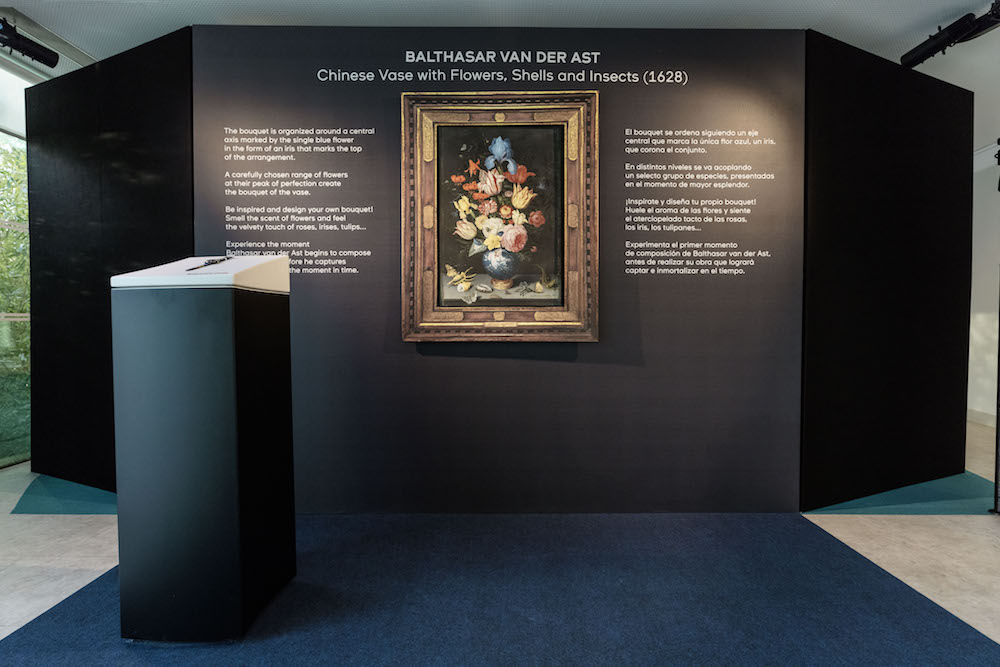 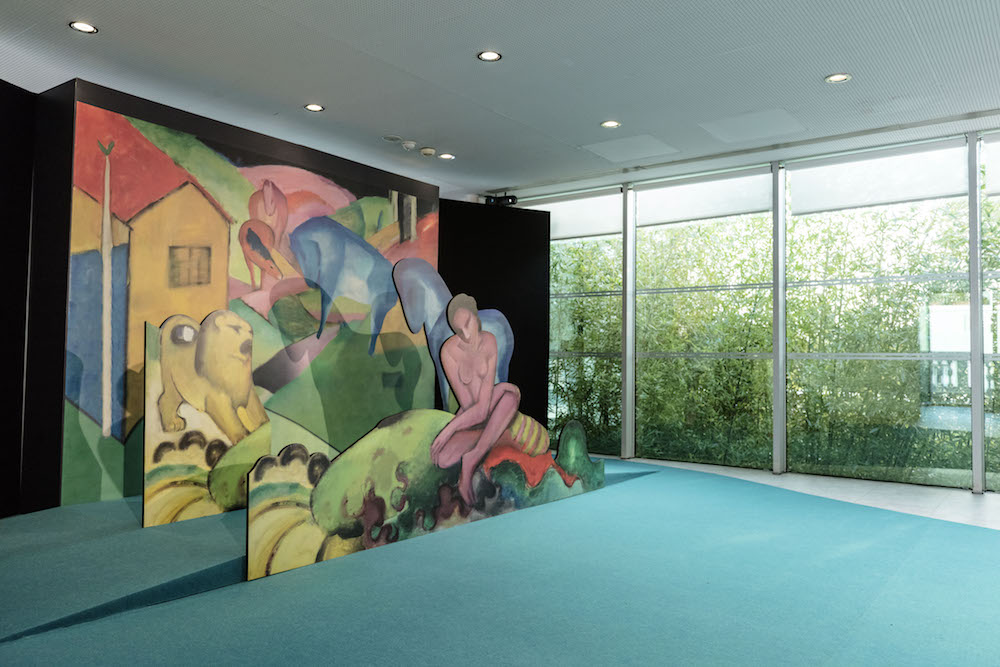