On the occasion of the 100th anniversary of Bauhaus, some designers have thought of a unique and original way to honor the best of this school of art that has managed to leave us a legacy formed by ideals, but also by buildings, collections of furniture and works of art. These contemporary creatives have thought of revisiting some of the most famous and popular logos, from to Google, from LEGO to Starbucks, in classic Bauhaus style.

This initiative was carried out on the 99designs platform, on which any creative could have the opportunity to participate with their work and, perhaps, see it published.

For the designers, the watchwords were minimalism, primary colors, geometry, elements at the base of every creation made by the German school.

Discover the Bauhaus style logos in our gallery.

The Brooklyn Museum in New York opened Friday the traveling exhibition Virgil Abloh: “Figure of Speech”, an exhibition that pulls back the curtain on what was the creative process of the Illinois-born designer and creative artist in which one can see prototypes, drawings and works “for which he found inspiration in centuries-old paintings as well as commonplace symbols”, explains a note from the Brooklyn Museum.
A retrospective celebrating the enormous impact the former Louis Vuitton menswear artistic director had and continues to have on the entire creative world.

To best celebrate Abloh’s legacy, the Brooklyn Museum has released official merchandise for Virgil Abloh: “Figure of Speech”, a collection consisting of Champion hoodies and tees, trucker hats, tote bags, most pate of which Virgil himself conceived in 2019. There is no shortage of accessories, design objects, an exhibition poster, a set of stickers and the book-catalogue “Figure of Speech” published by DelMonico Books, presented on the occasion of the exhibition’s debut at the Museum of Contemporary Art, Chicago.

Official merchandise for Virgil Abloh: “Figures of Speech” is already available online and at the Brooklyn Museum for the duration of the exhibition, which closes on Jan. 29.

The official merch of the exhibition Virgil Abloh: “Figures of Speech”

One of the insights offered by the last Men’s Spring/Summer 2023 Fashion Week was certainly related to the footwear world.
Among the many novelties seen on the runways, the new collaboration between New Balance and the Japanese brand AURALEE stands out.

The Boston-based giant itself has scheduled for today, July 1, the release-for now only in South Korea but a global release is very likely soon-of the first pair of New Balance-branded Clog.

Slip-ons have now become a trend that has agreed with practically everyone, prompting all sorts of brands to make their own version. Today Even New Balance has unveiled its Clogs made using a single block of EVA foam.

The new New Balance Clogs debut today in two monochrome colorways (beige and black), distinguished by the tone-on-tone “N” logo and the “New Balance” logo on the side heel.

The launch of the New Balance Clog is scheduled for today, July 1. 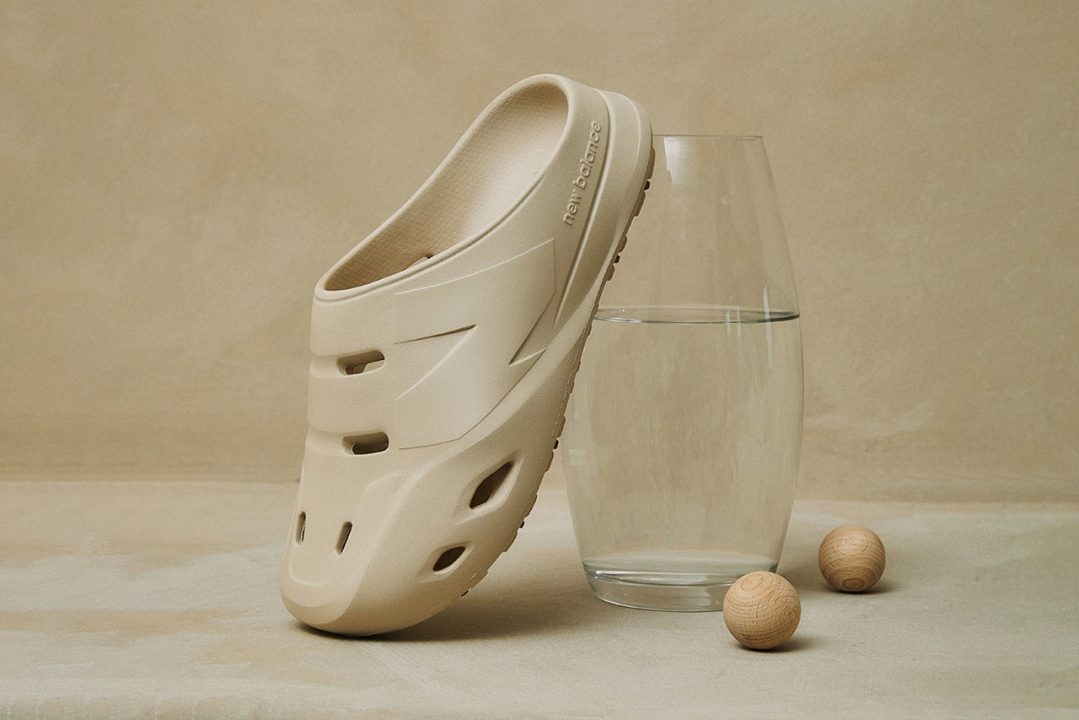 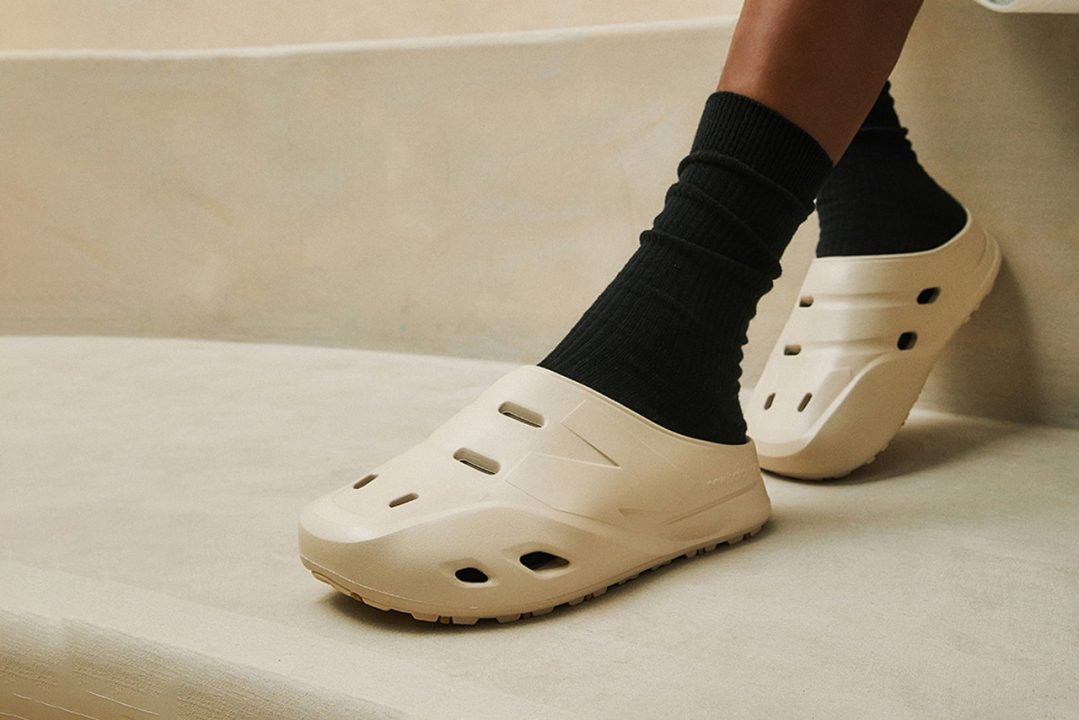 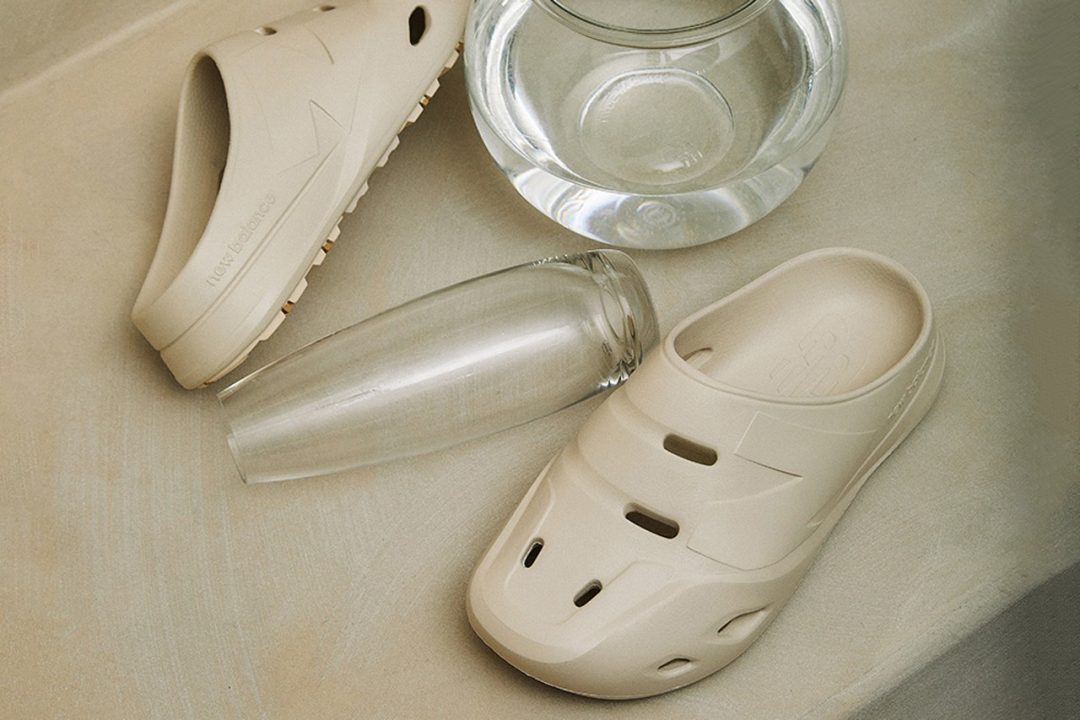 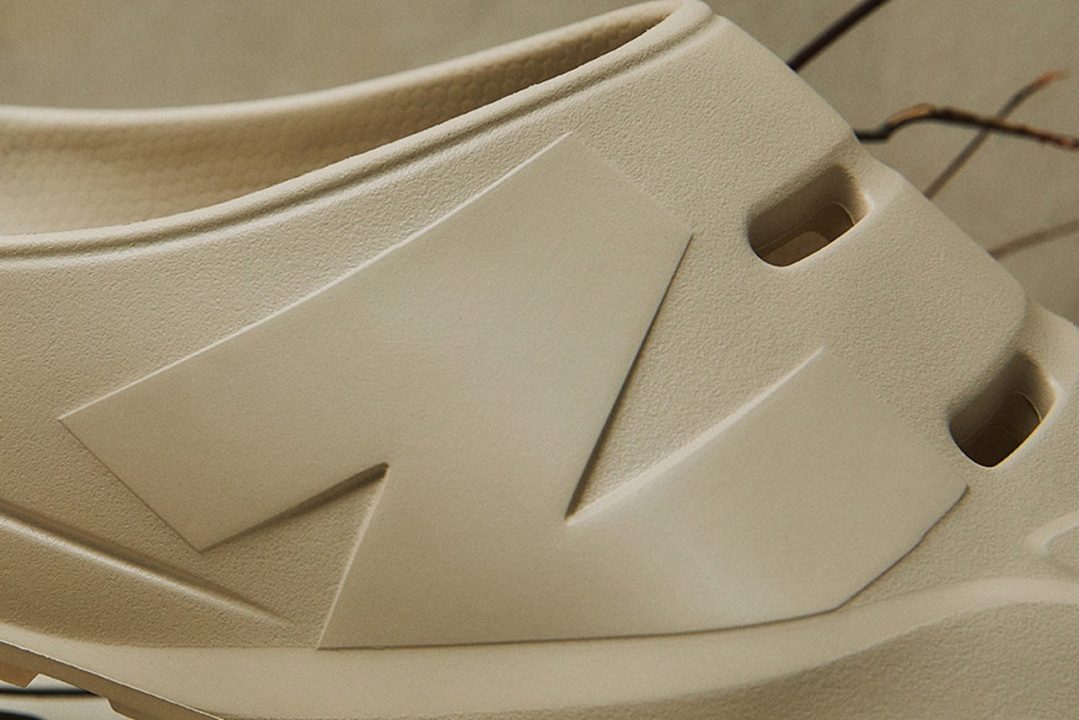 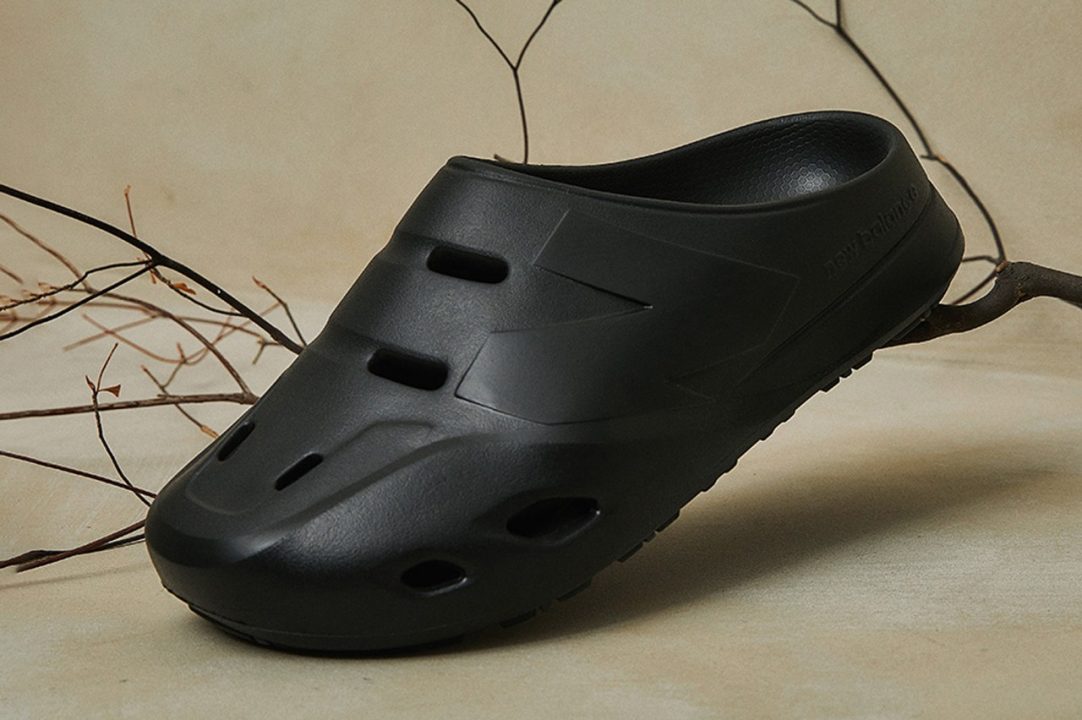 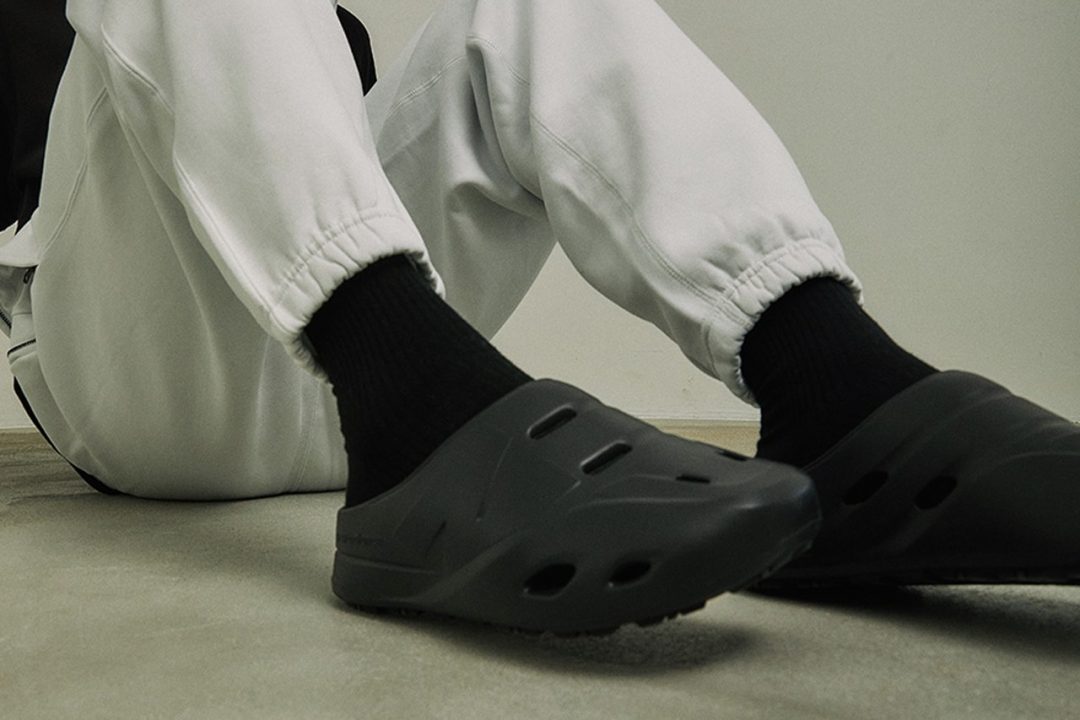 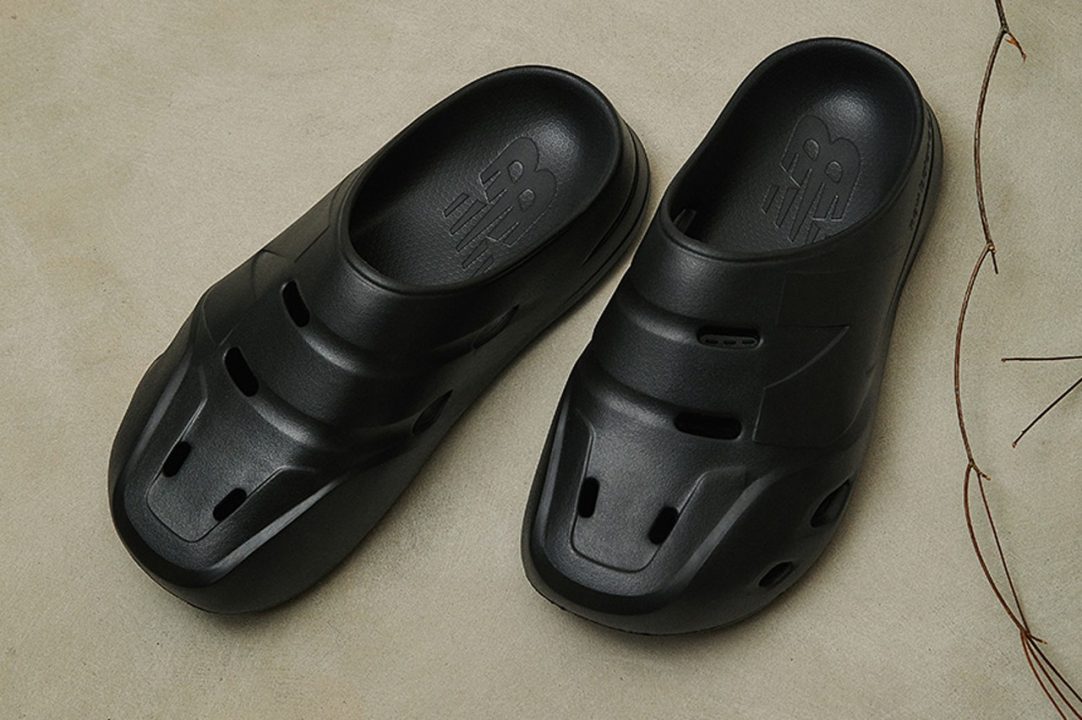 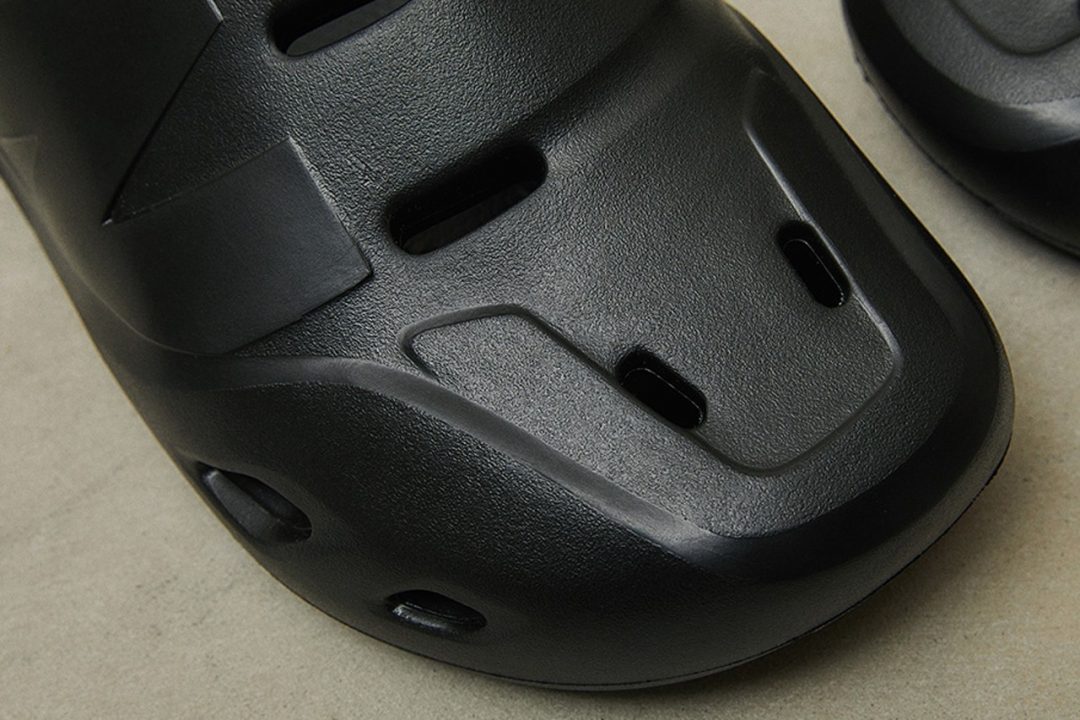 After presenting the Men’s FW22 campaign starring Jeff Goldblum and Rami Malek, Prada has released the female version of its seasonal campaign.

Shot by British photographer David Sims and under the creative direction of Ferdinando Verderi – who had already handled the Men’s campaign – the Prada Women’s FW22 campaign celebrates the individual and their individuality, realized by having chosen intergenerational protagonists wanting to tell their stories.

It is precisely the stories, memories and tales, which make up human nature, that have always fascinated the Italian fashion house, just as it has always conveyed its depth through fashion and image by taking inspiration from life itself and how it is lived.

Comprising this cast of women are, actress and model Hunter Schafer as well as Sora Choi, Kendall Jenner, Kai Newman, Lina Zhang – while photos of Loli Bahia, Amanda Murphy, Liya Kebede will be unveiled later in the season – which Sims captured in a series of immediate and unexpected portraits in such a way as to create a multifaceted representation of the Prada woman.

Also in this women’s version, each portrait is paired with still life images that may be difficult to understand at first glance but allow the viewer to come into direct contact with these stories, encouraging them to experience the memories, sensations and feelings of the protagonists in a dialogue that invites listening rather than observing.

Coinciding with Paris Fashion Week, auction house Sotheby‘s will auction 180 sketches made by Karl Lagerfeld from the 1970s through 2018.
Preserved in the German couturier’s Paris apartments-one on Rue des Saints-Pères and the other on Quai Voltaire-these sketches “uniquely retrace the history of fashion and taste as seen by one of its major players, driven by boundless inventivity and virtuosity”.
Clear, confident strokes, black ink paired with brush strokes, watercolors, pencils, markers, and even make-up are the hallmarks of Lagerfeld’s sketches, which have been the starting points for his creations for Chanel, Fendi, and Chloé.

Among the most valuable drawings to be auctioned by Sotheby’s on July 6 will be: a series of 24 illustrations from 1969 kept in a binder along with three newspaper clippings about the designer, as well as a collage of his inspirations; a sketch of a coat for Fendi from 2013; a drawing of a red-haired model parading in an orange suit with white ruffles dating from 1978; and a sketch of a Fendi baguette. Some of these sketches also feature atelier directions written in Lagerfeld’s own hand.

180 Karl Lagerfeld sketches up for auction