We’ve talked about digital collages many times and for a long time. Overlaps made with computers or tablets that create dialogues between different, distant worlds, irreconcilable styles, and unthinkable ideas. Among the various artists who devote themselves to this art, Frank Moth stands out, arriving to be published in some of the best newspapers in the world and to be acclaimed by critics.

Though it doesn’t sound like it, Frank Moth is the stage name for not one, but two Athens-based creatives whose work takes us on a journey to the impossible. The elements they use and reuse, without ever falling into banality, are the unknown, the unknowable, so the faces of their characters are always covered, hidden, and the boundaries, the limits, not only the geographical ones but also those of the imagination, of the thinkable.

So, in a way that even we can’t explain ourselves, we can also identify with a couple who, in the silence of space, admire the Earth. 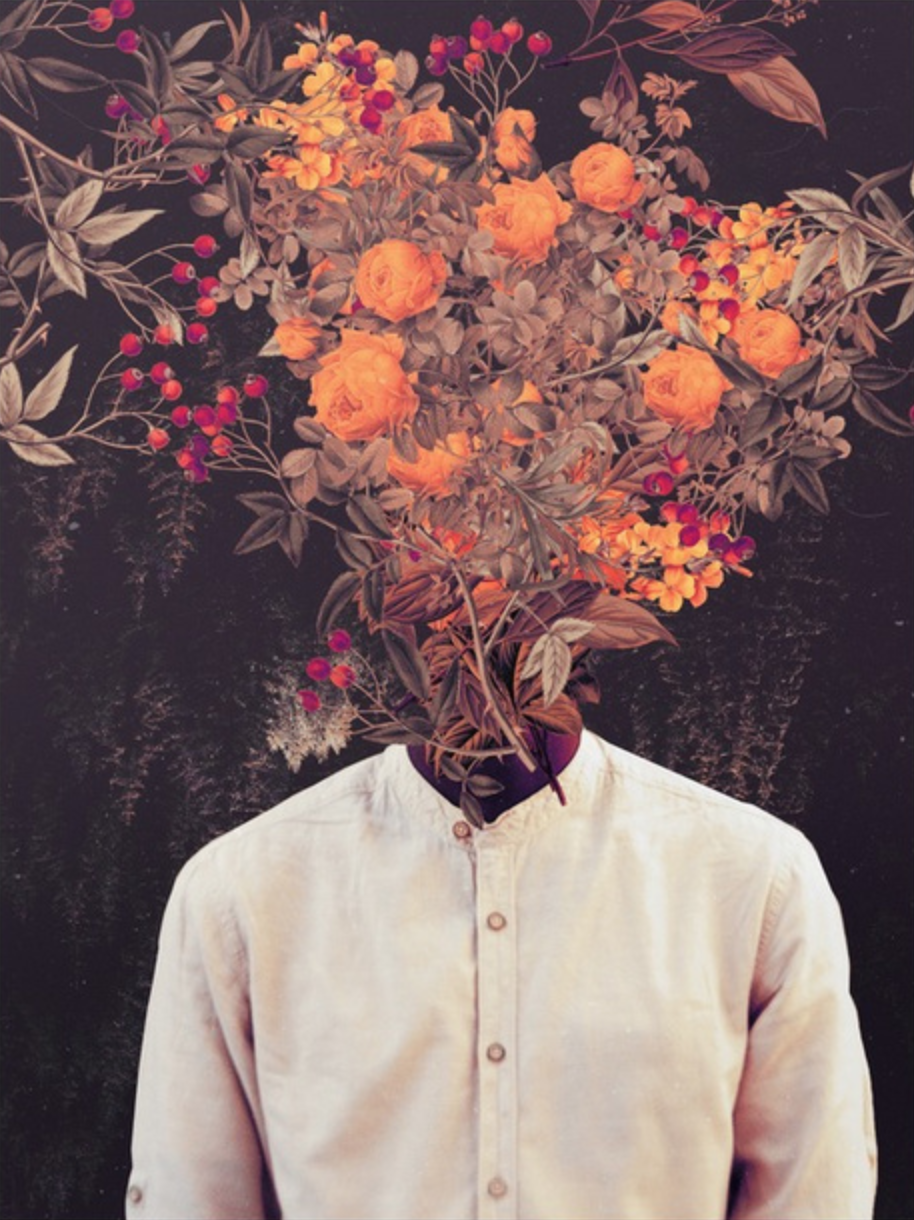 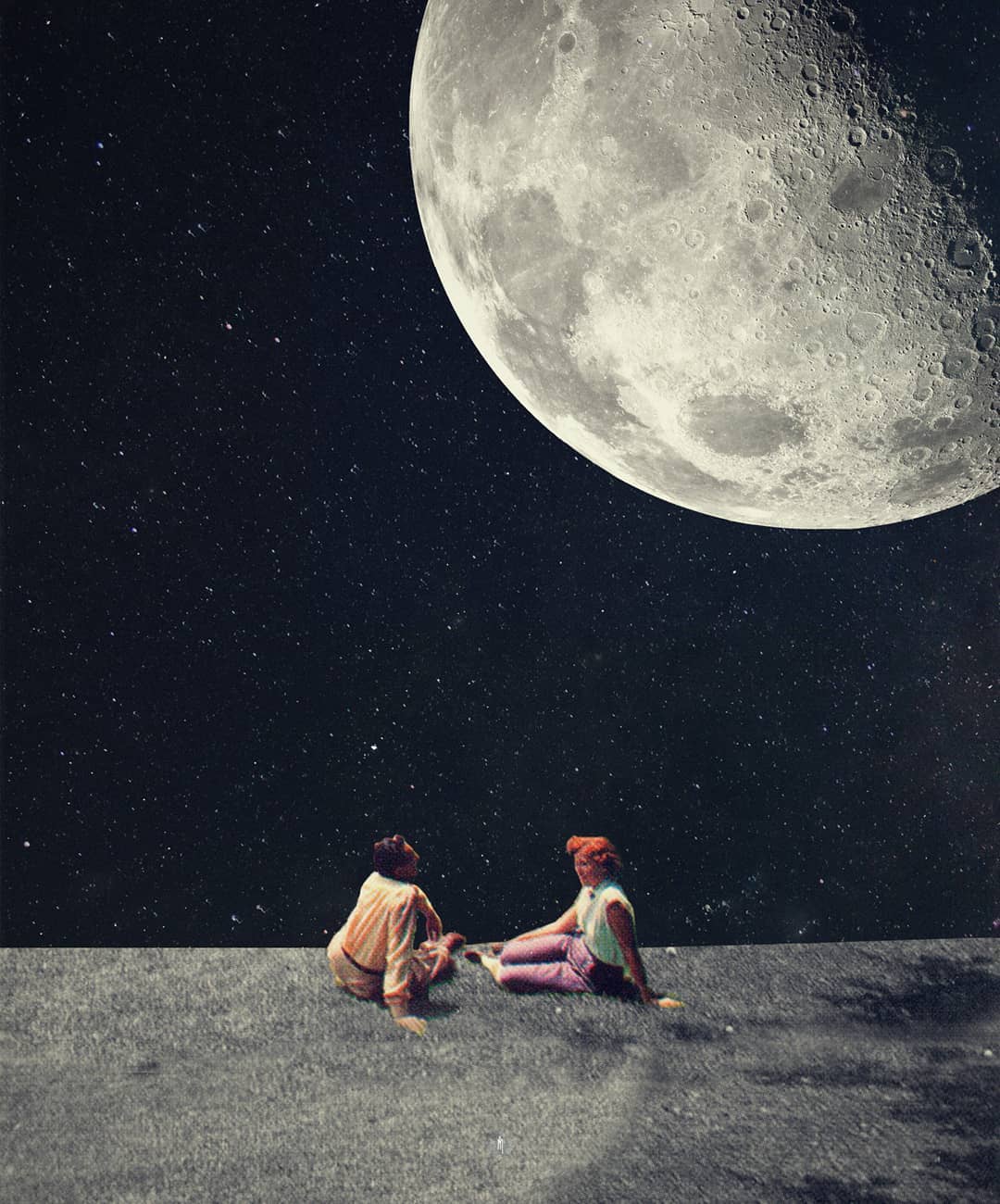 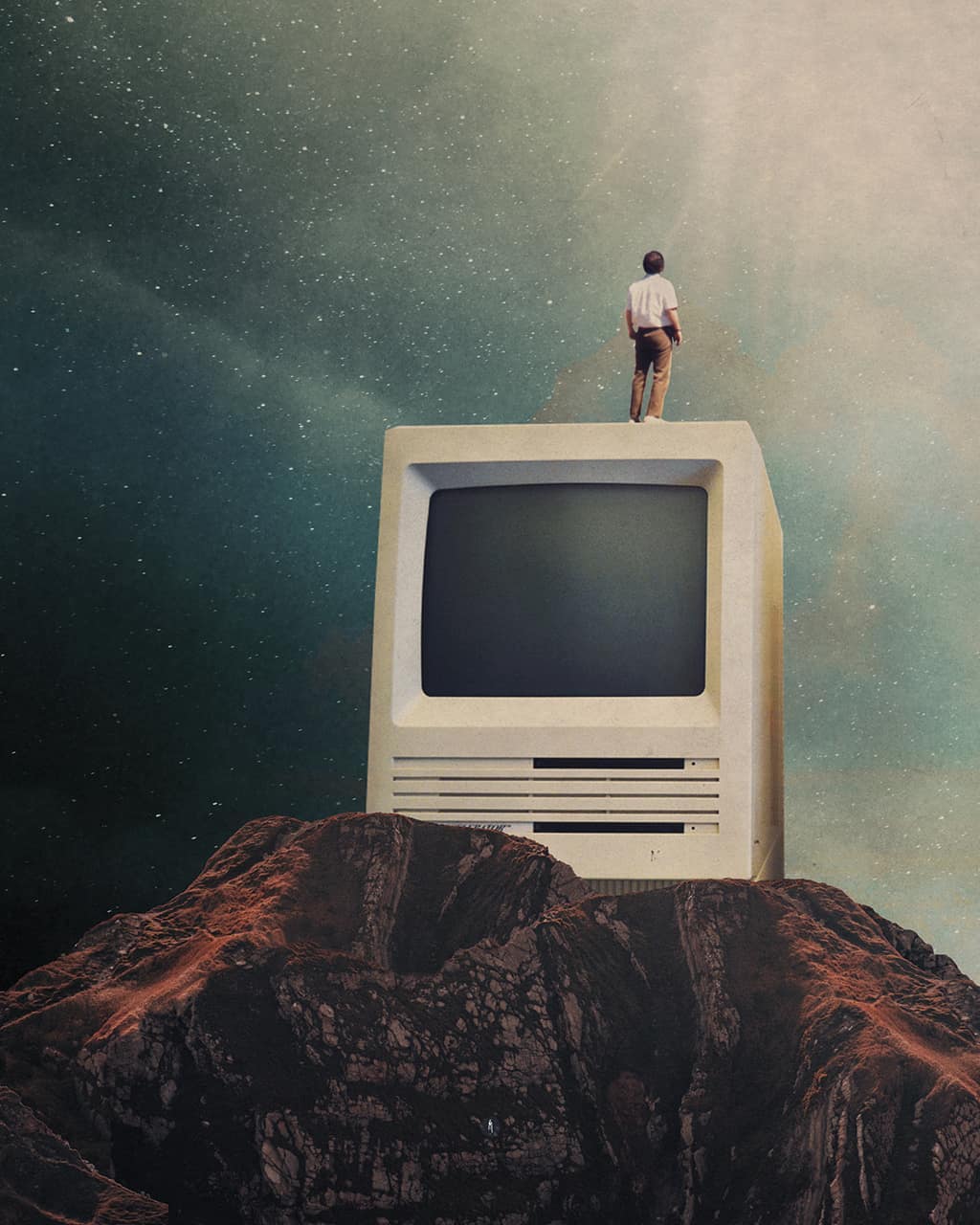 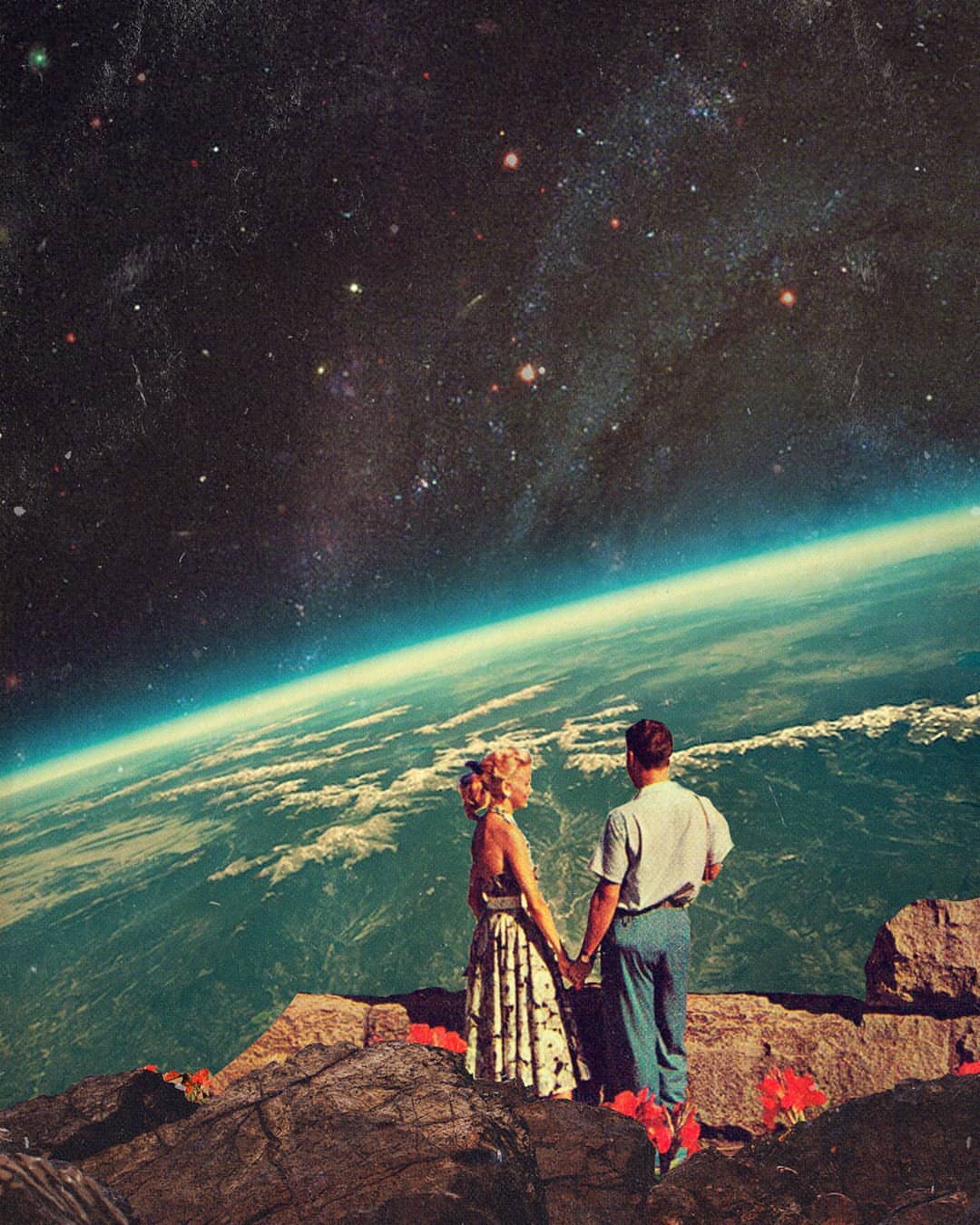 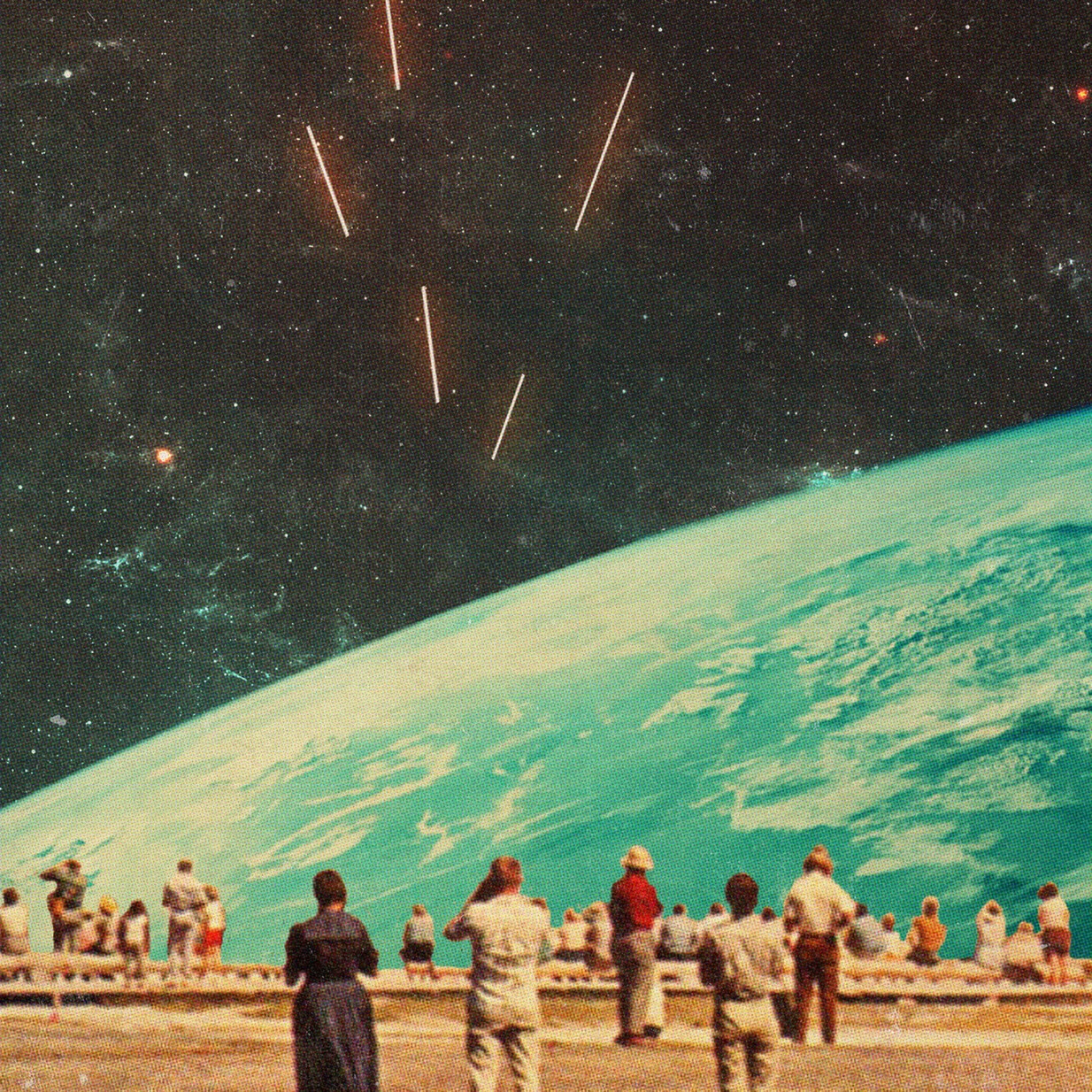 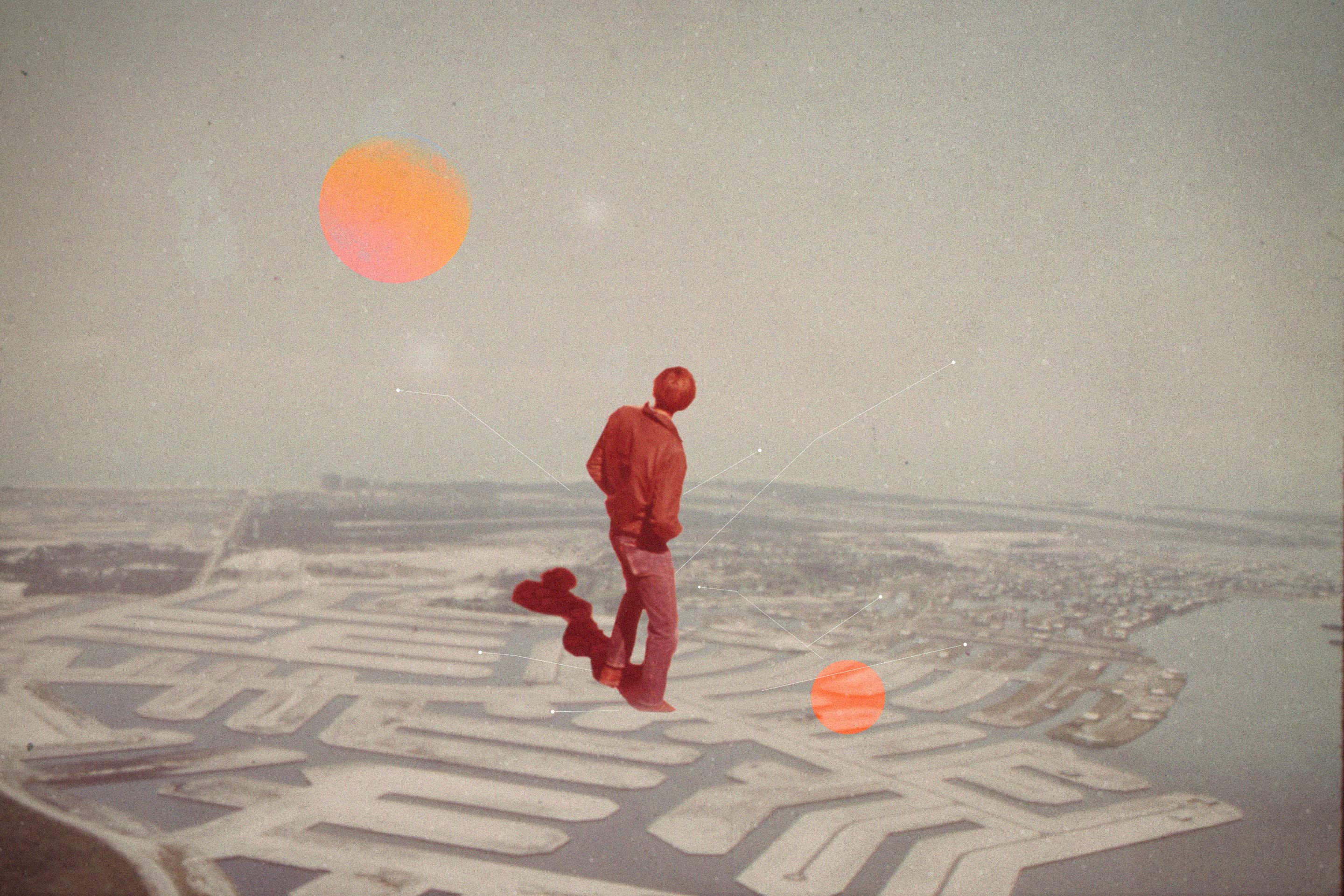 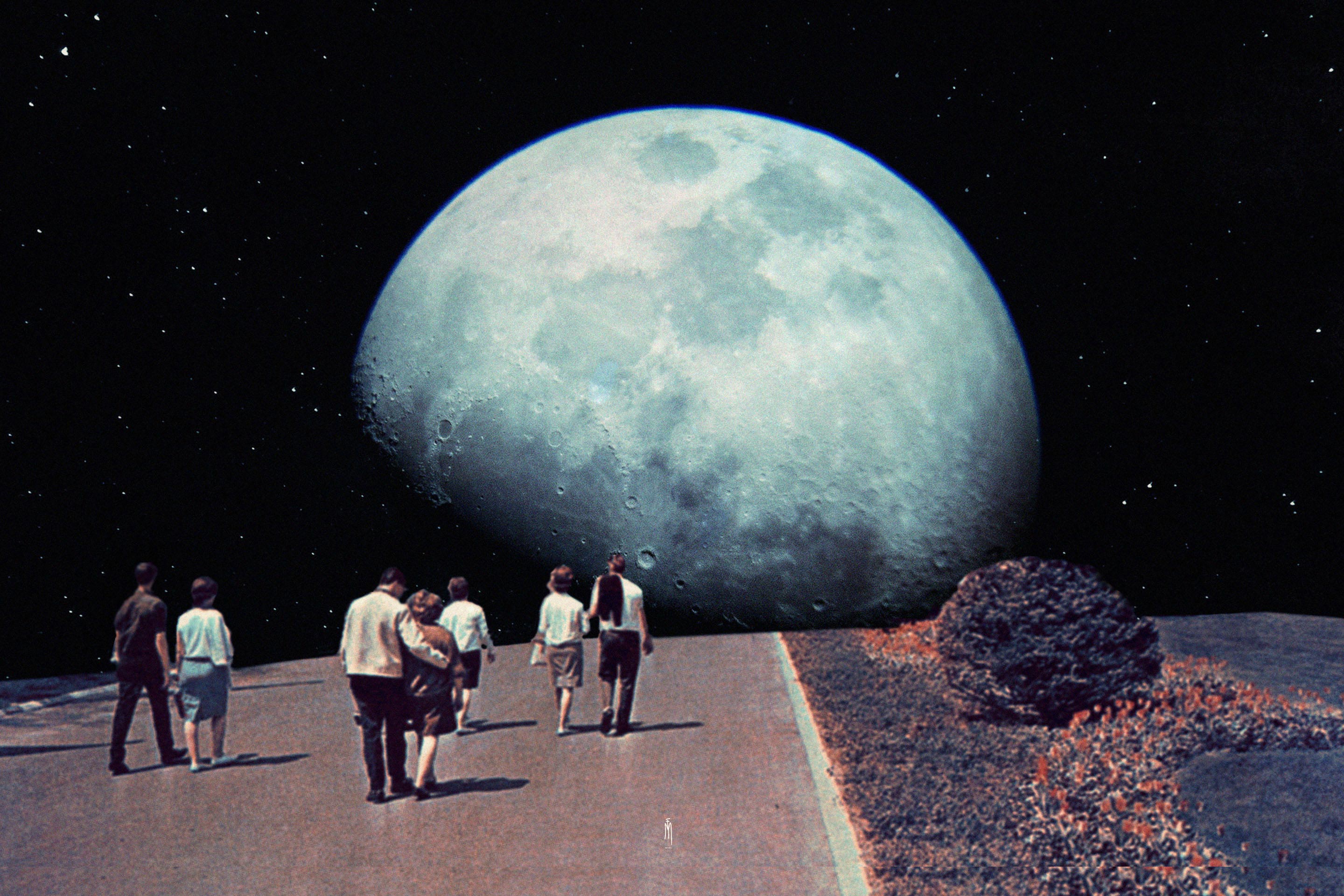 Frank Moth and the collages between real and surreal

Karim Rashid is a 1960s Egyptian industrial designer with a prolific career behind him who recently made his timeless collection of glasses and utensils for Krosno. The collection has been called Sakred and goes to form the first series within the new sub-brand Krosno D’sign, the manufacturer of glass items that invites “best-known creators of global design” to work this material in a creative way.

Rashid’s designs are minimal and geometric, and they characterize objects with a strongly squared cut, combining shapes in various ways to transform a series of everyday tools into ornaments. As the artist states:

“I believe in simplicity, and above all in the functional and democratic objects of everyday life”.

The set also consists of a carafe, two bowls, and vases of different sizes, a candelabra and a cake plate with a lid, although the highlight is the glasses, including those specific for wine, champagne, and cocktails. Each item has been designed giving the right balance between design and functionality and presents vibrant colors such as green, yellow, blue, pink and purple. All the photos were taken by Tomek Albin.

To find out more you can visit the Krosno website, which you can find here. 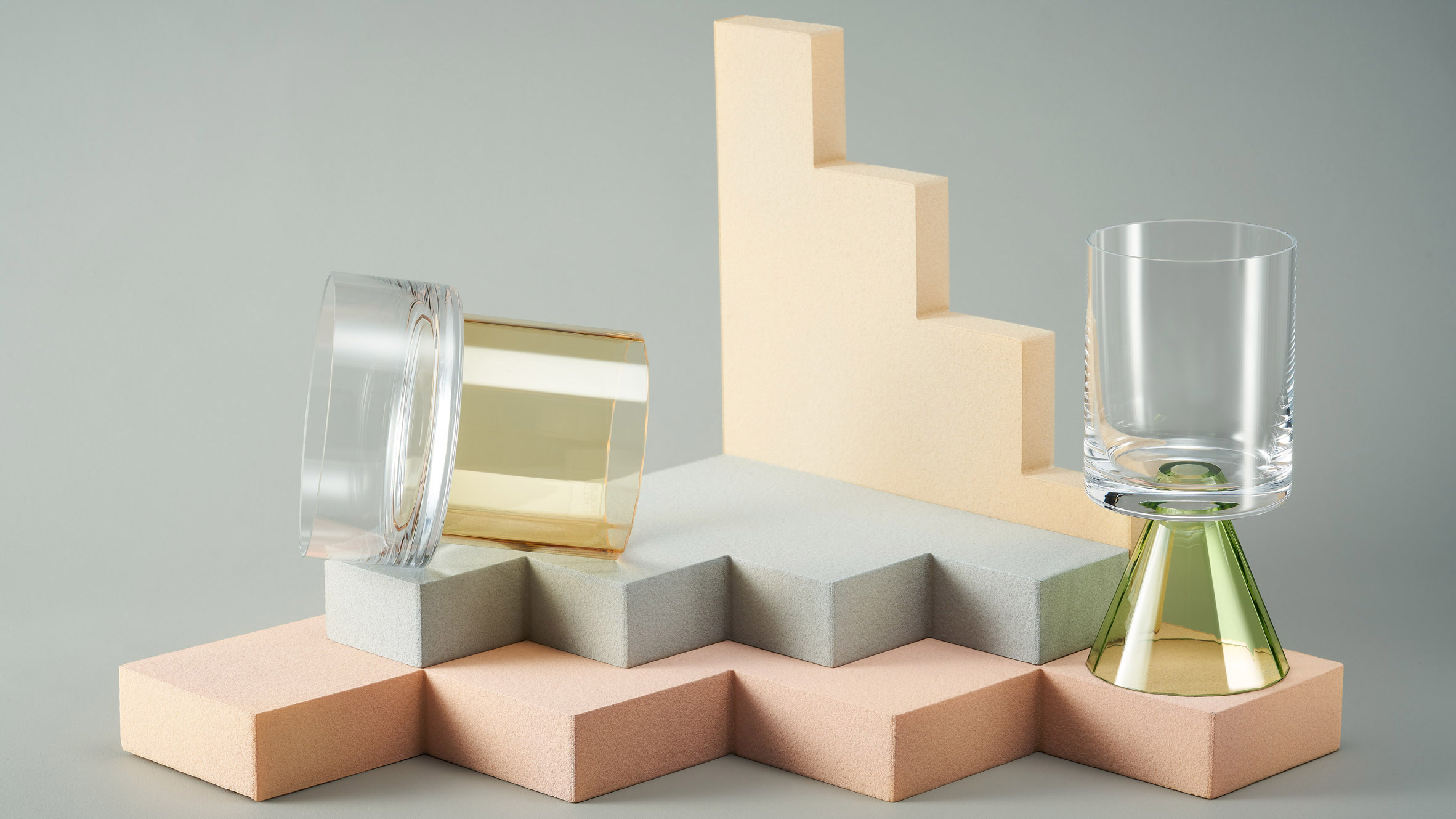 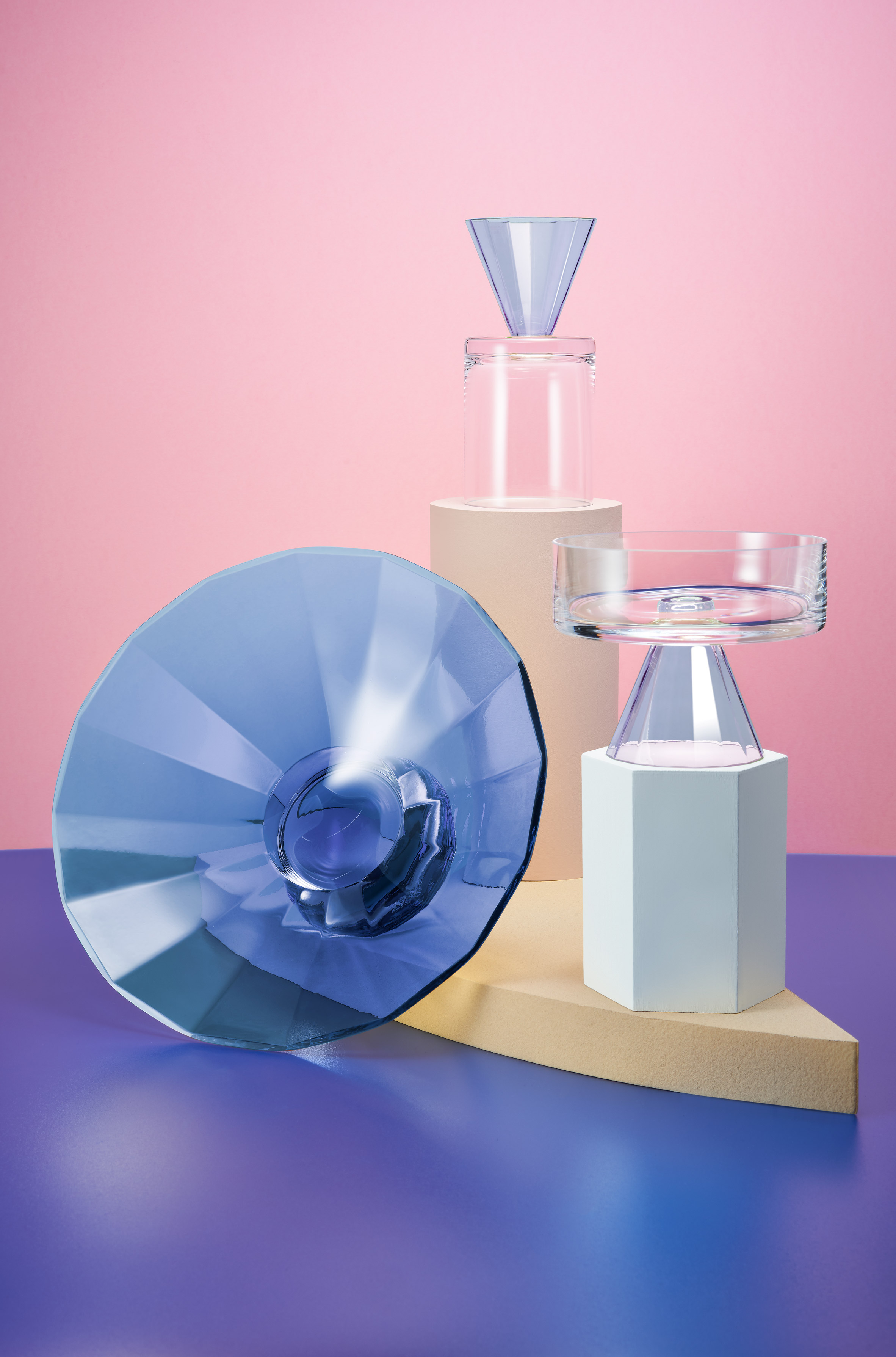 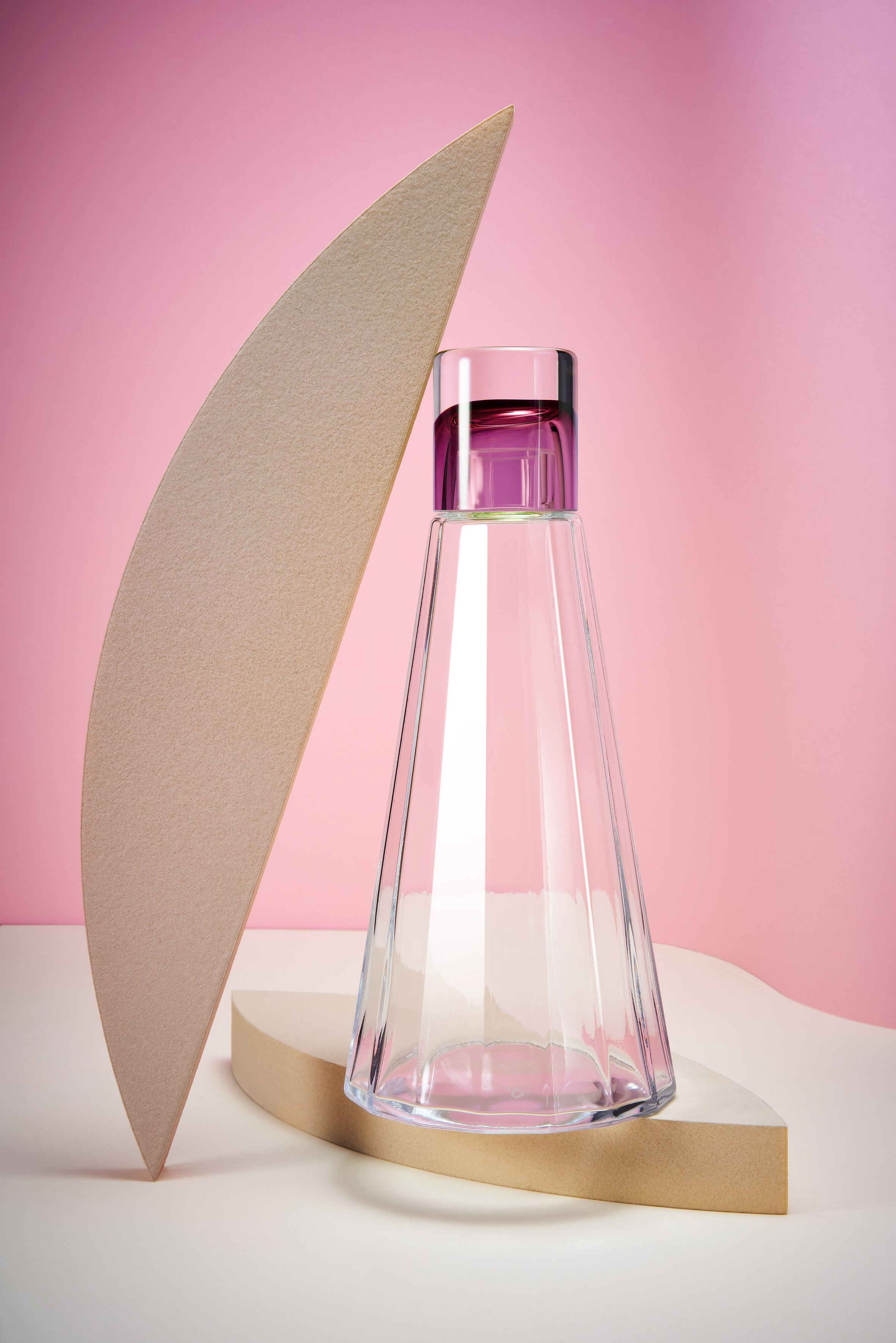 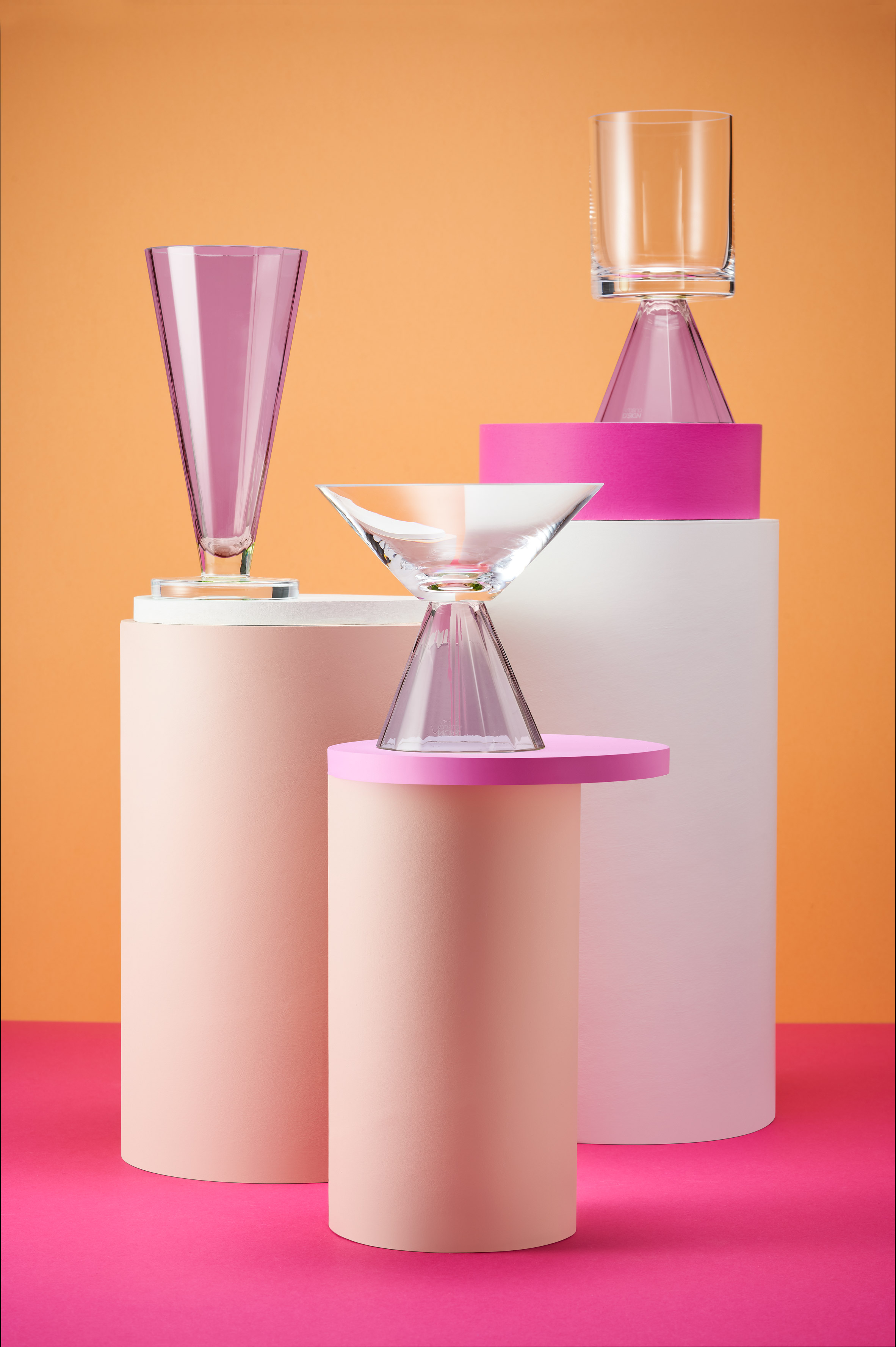 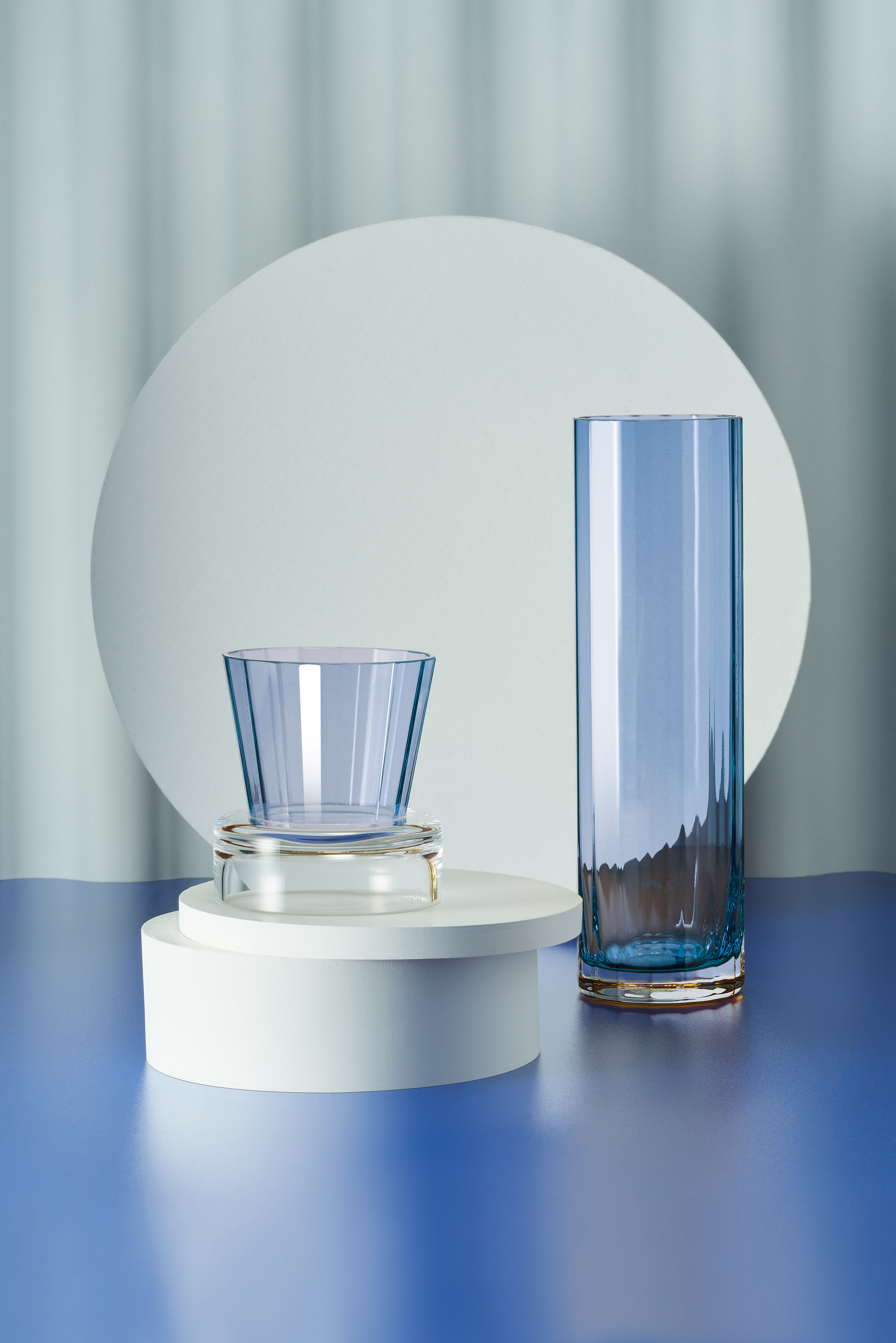 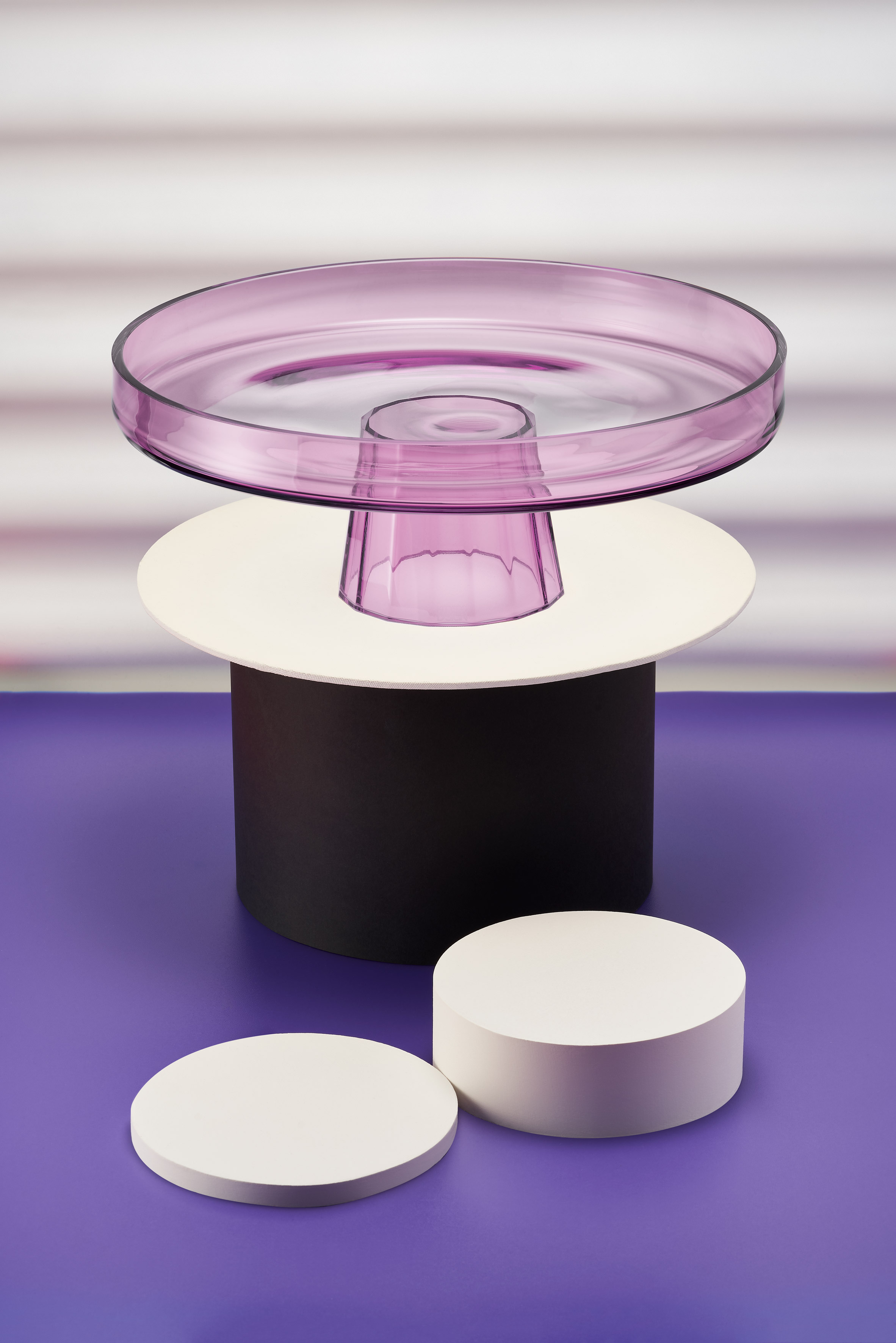 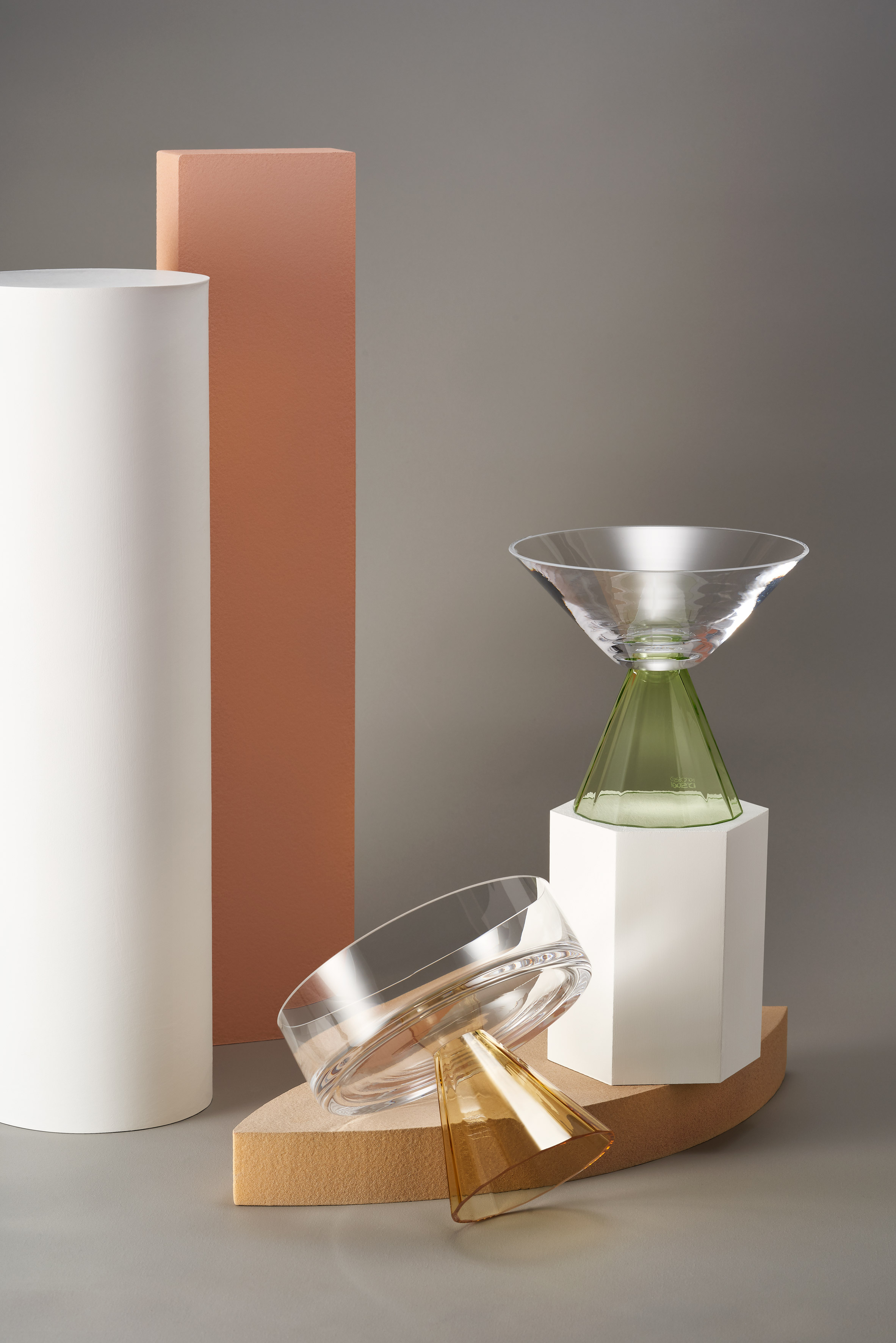 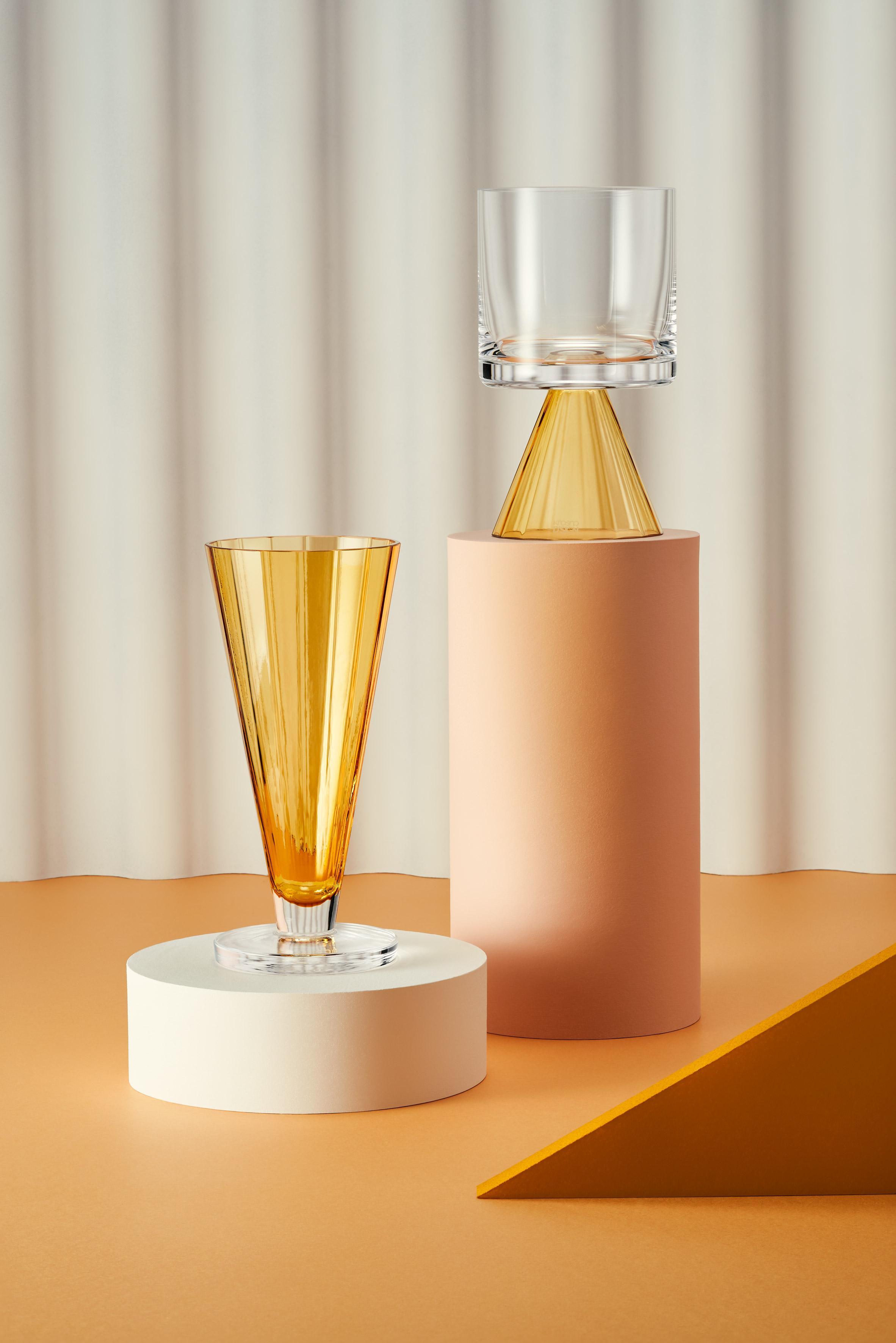 Karim Rashid and his timeless collection for Krosno

Espen Suvernik has literally surpassed itself by creating the PAN Treetop Cabins of tree houses, but without trees.

The cabins designed by the Norwegian architectural studio are, in fact, real huts built at a height of 6 metres, but instead of leaning on branches, they are supported by a complicated metal scaffolding.

The shape of these cabins was inspired by three different sources, the first are the typical huts of the Indians of North America, the second are the classic towers that overlooked the forests and used during the dry seasons and the last, and most interesting and original, are the houses inhabited by Moomin in the illustrated books by Tove Jansson.

The cabins, which can be reached by an enormous spiral staircase, measure 40 square metres each and offer every type of comfort, from the heated floor to the bathroom with shower, ending with a loft with a double bed and another four beds.

Discover the beauty of the PAN Treetop Cabins on the Instagram profile.

PAN Treetop Cabins, a modern cabin in the Norwegian woods

Strolling through the streets of central Rome you will pass by the windows of dozens and dozens of typical trattorias offering home cooking, but not only. In Largo della Sapienza, exactly halfway between the Pantheon and Piazza Navona, has recently opened the Liòn Restaurant, which has managed to bring a breath of fresh air, but also the retro-chic style that sometimes we need.

The restaurant is located on the ground floor of a historic building and the entire project was designed by the architect Daniela Colli, who managed to recreate an atmosphere a bit ‘vintage and absolutely luxurious thanks to the use of dark colors such as green and blue oil, but also thanks to materials such as velvet, marble and brass.

Entering the Liòn Restaurant you can sit down and enjoy a dinner prepared by chef Luca Ludovici or just sit at the counter and have a drink. I would opt for both.

The Liòn Restaurant in Rome, between chic and retro

The task of the artists has always been to give back to the public their point of view on the world, their thoughts on the society in which they live and on everything that happens to them. Over time, art forms have changed, but not their substance, as demonstrated by Sara Zaher‘s graphic design works.

Sara was born in 1990 in Cairo and has lived in different parts and cities of the world, from London to Manchester, from New York to Sydney. All this travelling and coming into contact with different cultures, political forms and problems has deeply conditioned her work.

Her scratched design works represent, in fact, all the negative aspects of the reality we live in, from wars, to power games, to the world of social networks, obviously without excluding religion, drugs and Trump.

As well as being beautiful and colourful works, they also make us reflect on the world around us, on what happens outside the cocoon in which we live.

Sara Zaher and graphic design as a means of denunciation