One of the funniest aspects of collage art is finding the link between the bizarre worlds used by the artists.
Nature, monsters, vintage clothes and body parts are the most popular.

Amanda Durepos, collage artist and founder of the movement with the emblematic name CTRL+V (copy and paste), points to a dreamy and surreal world without forgetting the humor and emotions.
Her images, in fact, often combine man and nature by modifying the conventional features of the body.
Durepos creates that type of image that seems to come out of a mind free from conventions, subversive and funny.

In her collages anomalies such as double noses, teeth filled eyes and volcanoes instead of heads are more than normal.

We have already told you about installations made of mirrors.
Alyson Shotz’s Mirror Fence wondered about the usefulness of boundaries, of everything that limits a territory and whoever lives there.

1/4 MILE ARC of Phillip K Smith III was born with another intent.
Situated on Laguna Beach, its mirrors create beautiful visual effects that transport the sea, the sky and their colours to the mainland.

Forming a curved semicircle along the sandy coast, Phillip juxtaposed the reflective silhouettes of the marine landscape, by combining the two environments in a breathtaking show.
His installation is a gift for the public and a homage to mother nature that, in all his works, becomes canvas and work of art.

What we are sure about is that basketball didn’t exist in the 19th century.
Let alone, therefore, it was possible that it was the protagonist of the Ukiyo, a genre of Japanese artistic printing that flourished in the Edo period between the 17th and 20th centuries.

However, the way in which the New Zealand illustrator and art director Andrew Archer created his works would make it almost plausible.
Edo Ball, the name of his project, is a set of incredible illustrations in which demons and ancient Japanese folklore creatures play basketball with disquieting skeleton heads.
Everything, from the back to the protagonists and colours, recalls the art of Ukiyo.

The reason why he wanted to combine these two different elements is linked to his two greatest passions: basketball, a sport that he has practiced for a lifetime, and Japan, whose artistic culture is for him a great source of inspiration.

It’s a tradition that Apple, during the last day of November or early December, makes its best wishes for a beautiful Christmas with a video campaign.
This year’s Sway was released on Thanksgiving Day and, on the notes of Palace‘s by the romantic and tearful Sam Smith, are wishing you to find love.

The protagonists are Air pods and iPhone X, but also a young dancer and an accidental meeting.
The girl, alone under a slight snow, clashes with a handsome boy and begins to imagine an amazing couple dance, possible only thanks to her wireless headphones signed by the Cupertino giant and, obviously, to her iPhone X.
A story that begins and ends in her mind, but that they wish you to find under the Christmas tree.

“Move someone this holiday!”

Inspired by the palaces and villas of Palm Springs, the artist Ana Popescu creates her houses from an illustrated architectural studies.
Her interest in the representation of architectural form has developed through her love for the Bauhaus movement, which is reminiscent of the buildings in her native country, Romania.

After discovering a similarity with the modernist houses of Palm Springs, Papescu began to explore all their most characteristic geometric shapes.

Homes, the project that encloses a large part of her illustrations, presents a study of form and composition, and each image is painted in pastel colors and characterized by a playful design full of pattern. 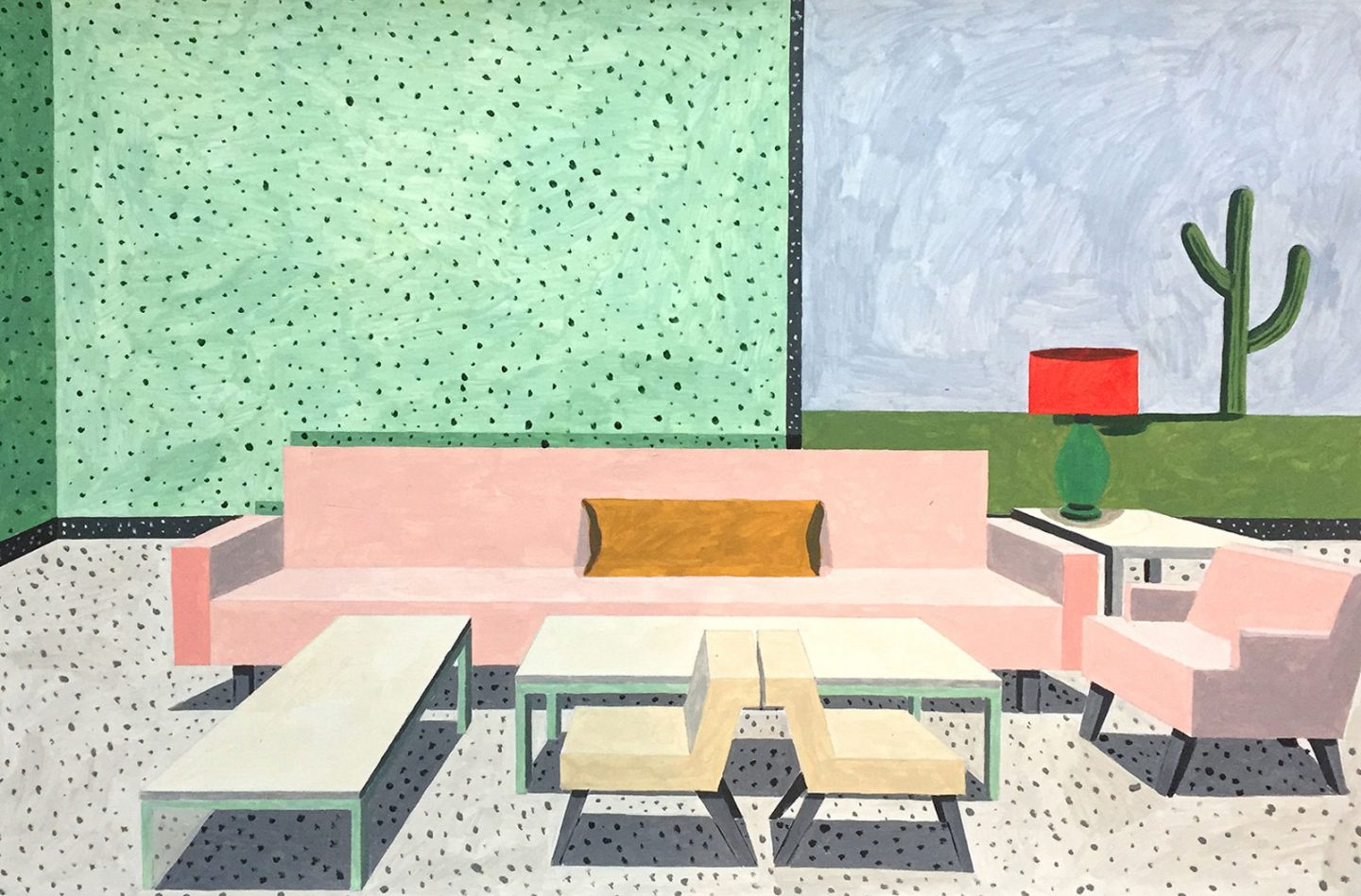 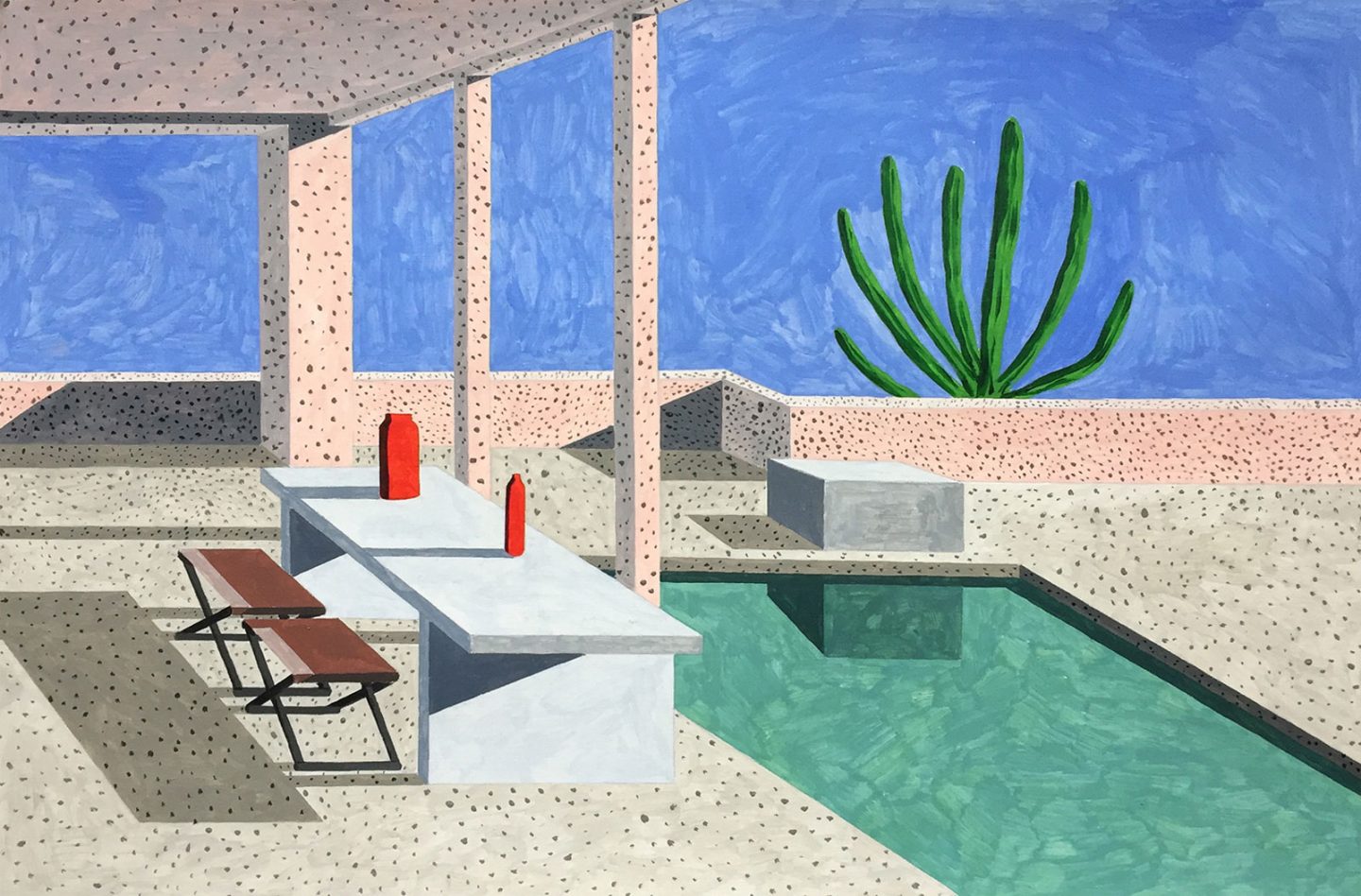 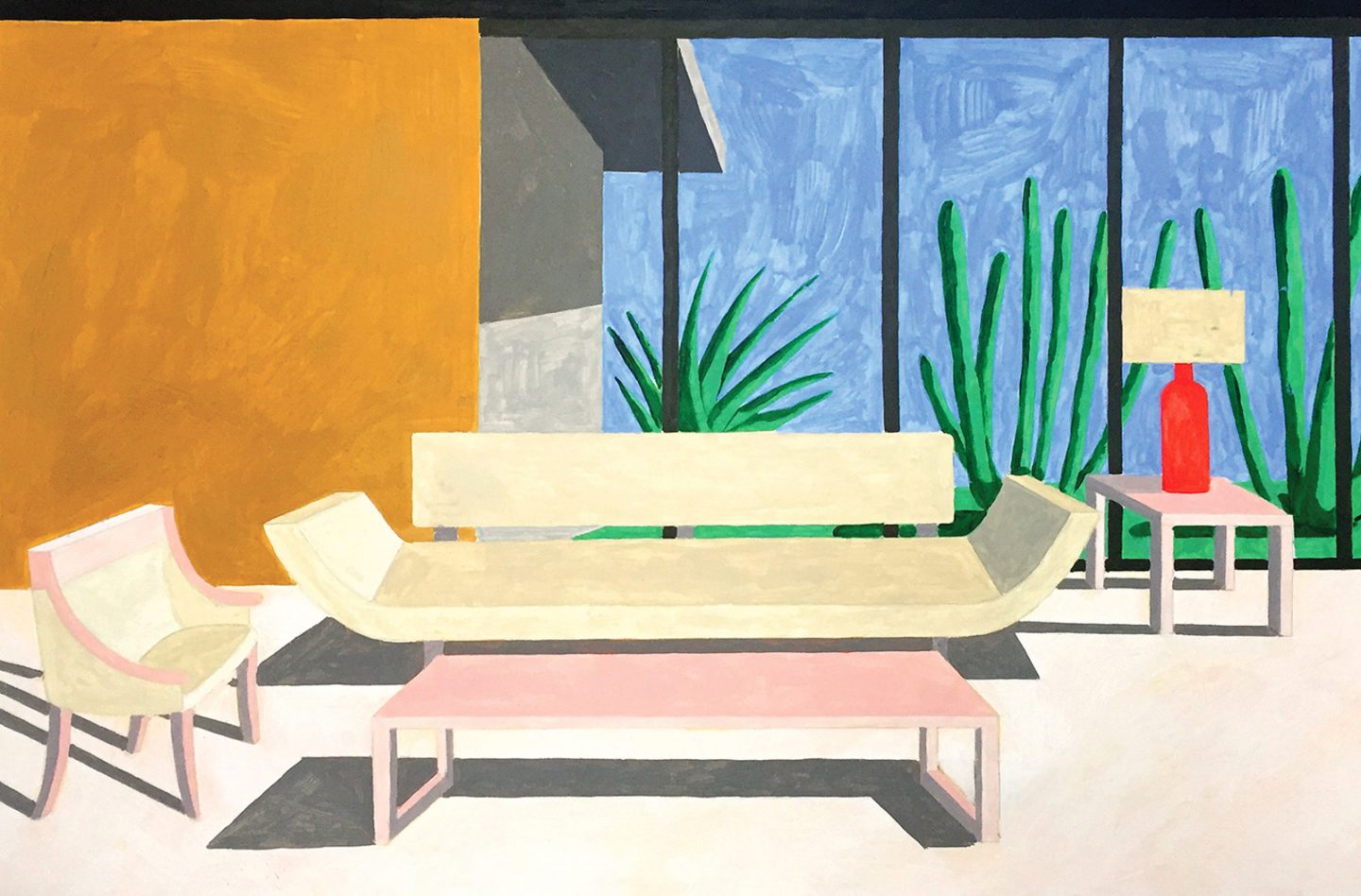 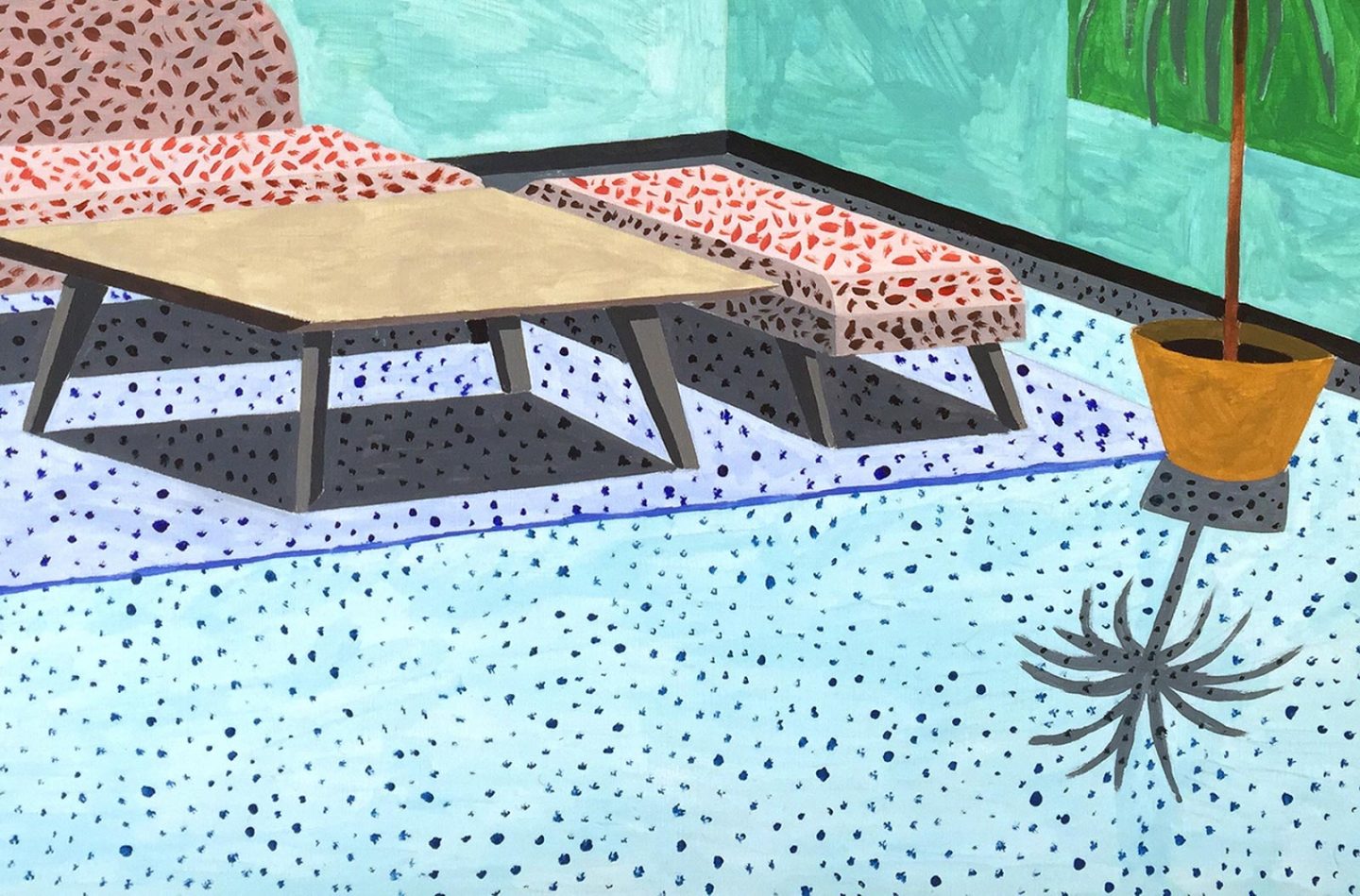 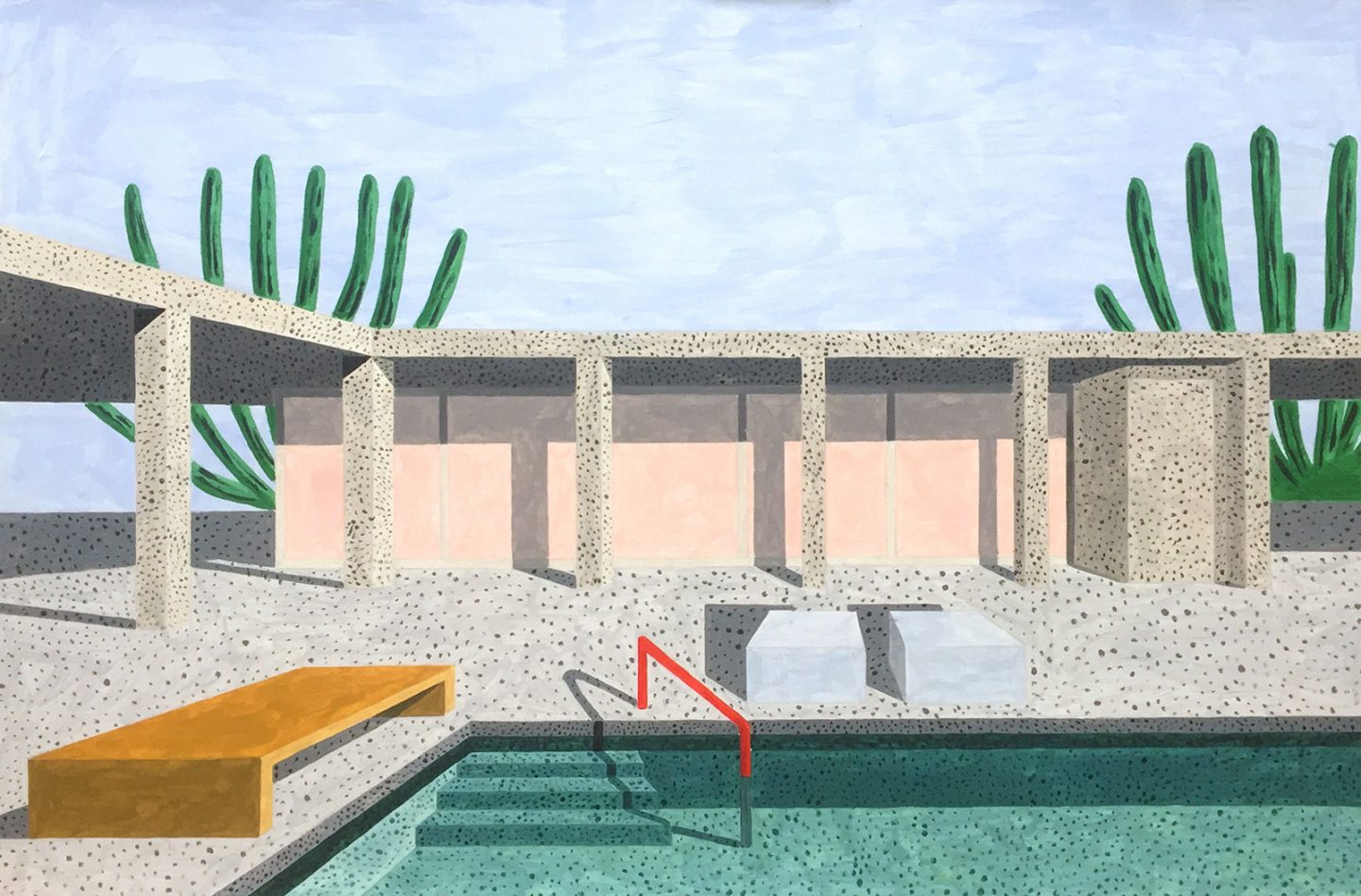 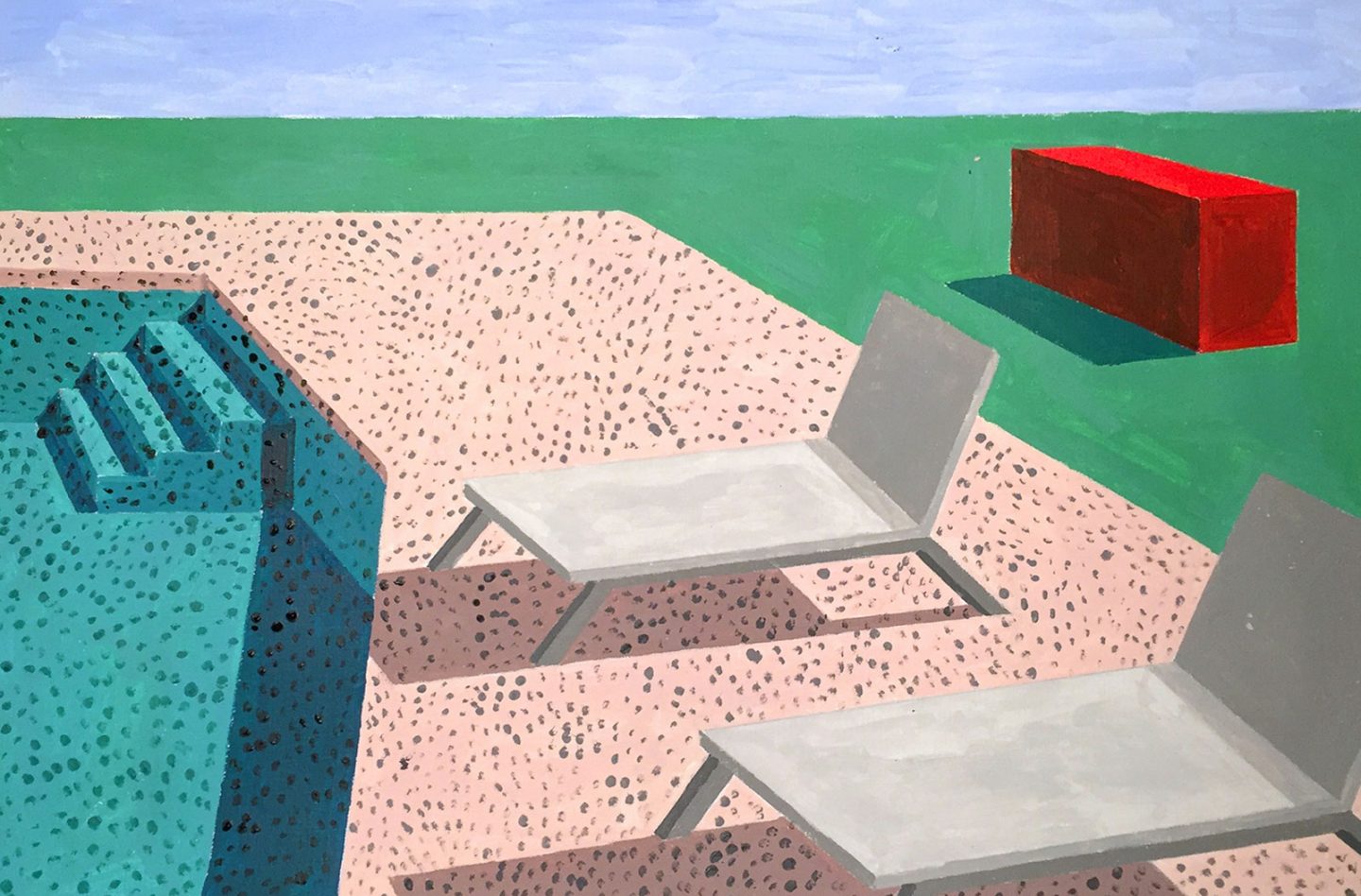 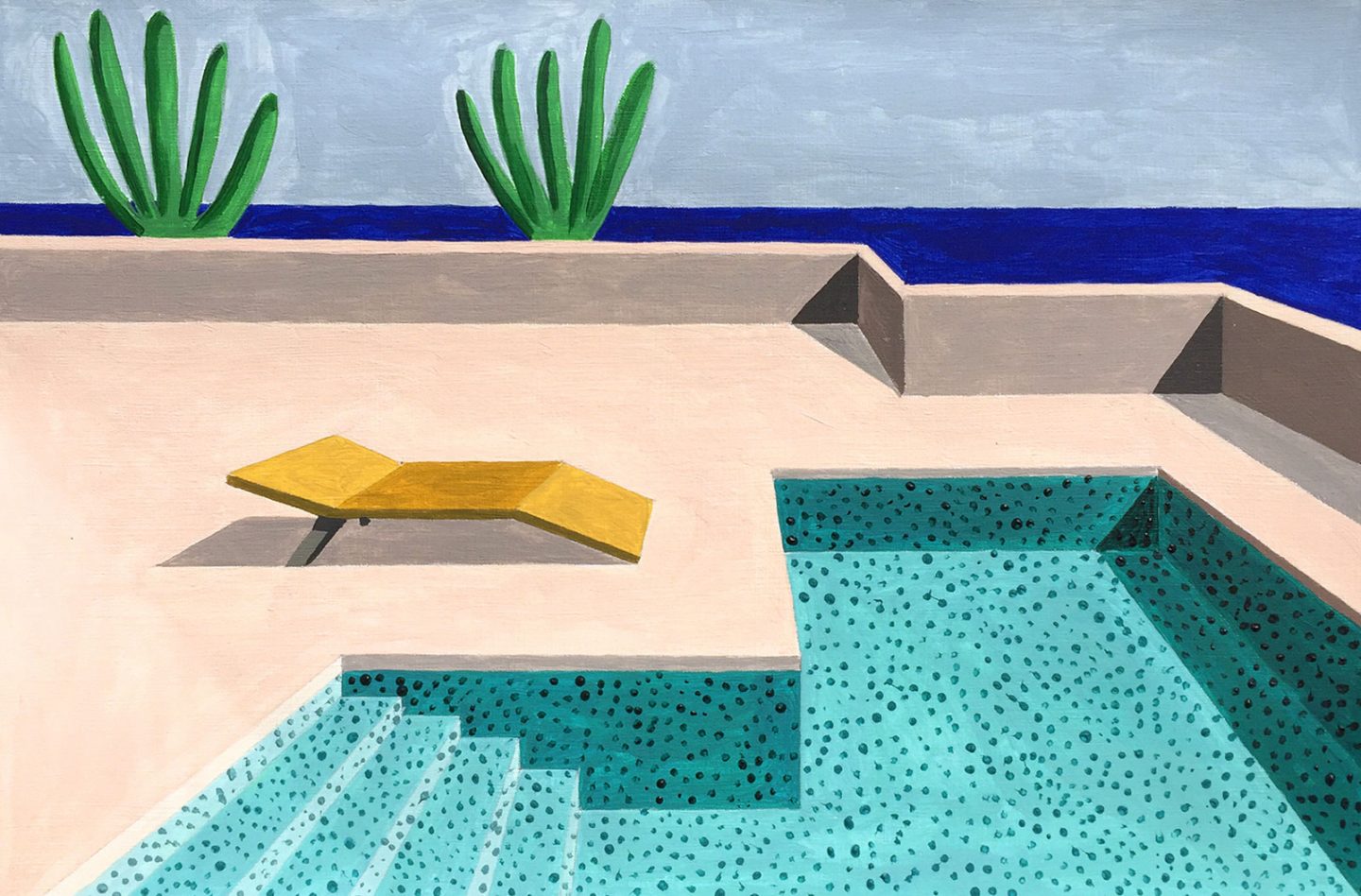 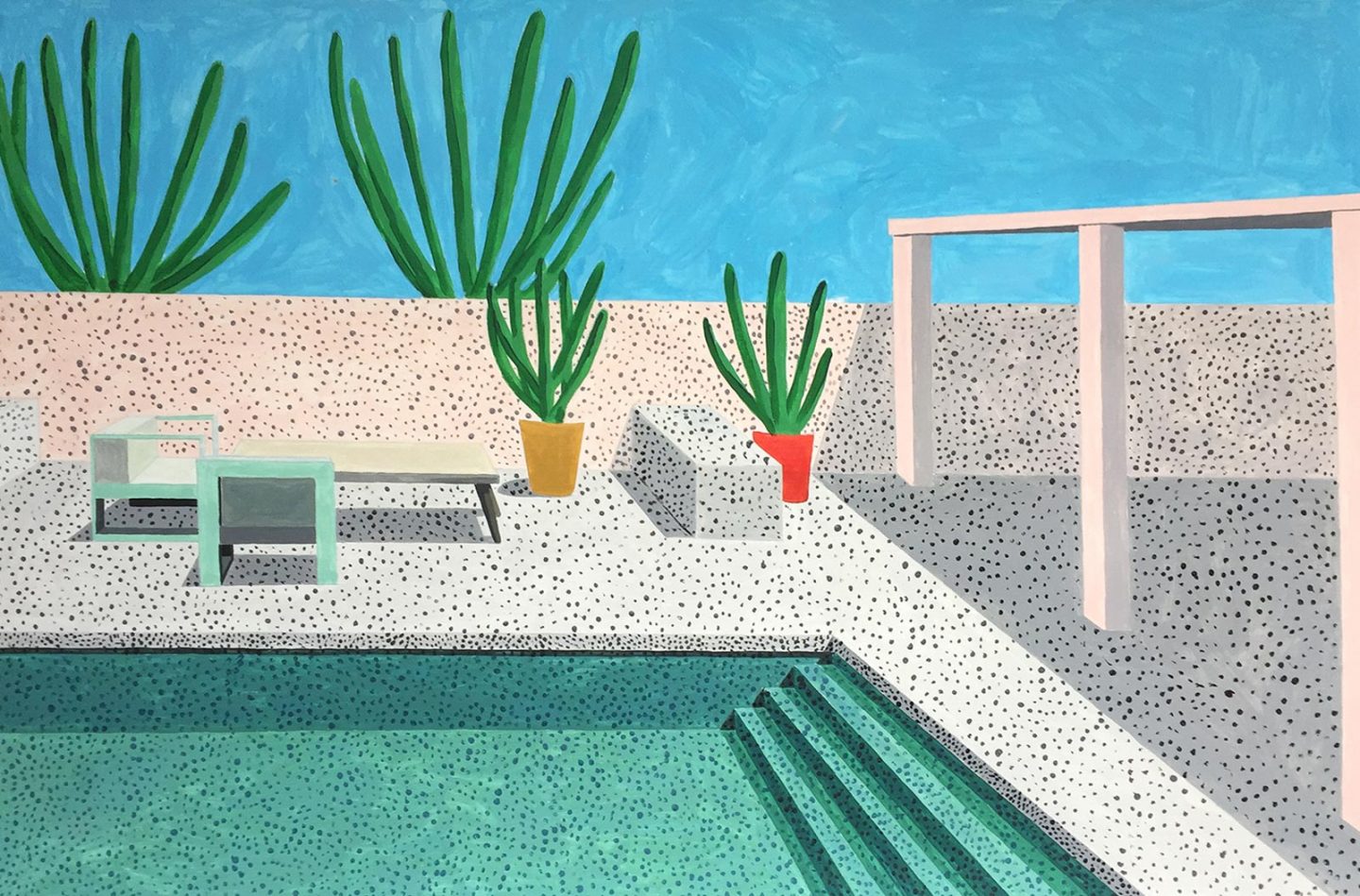 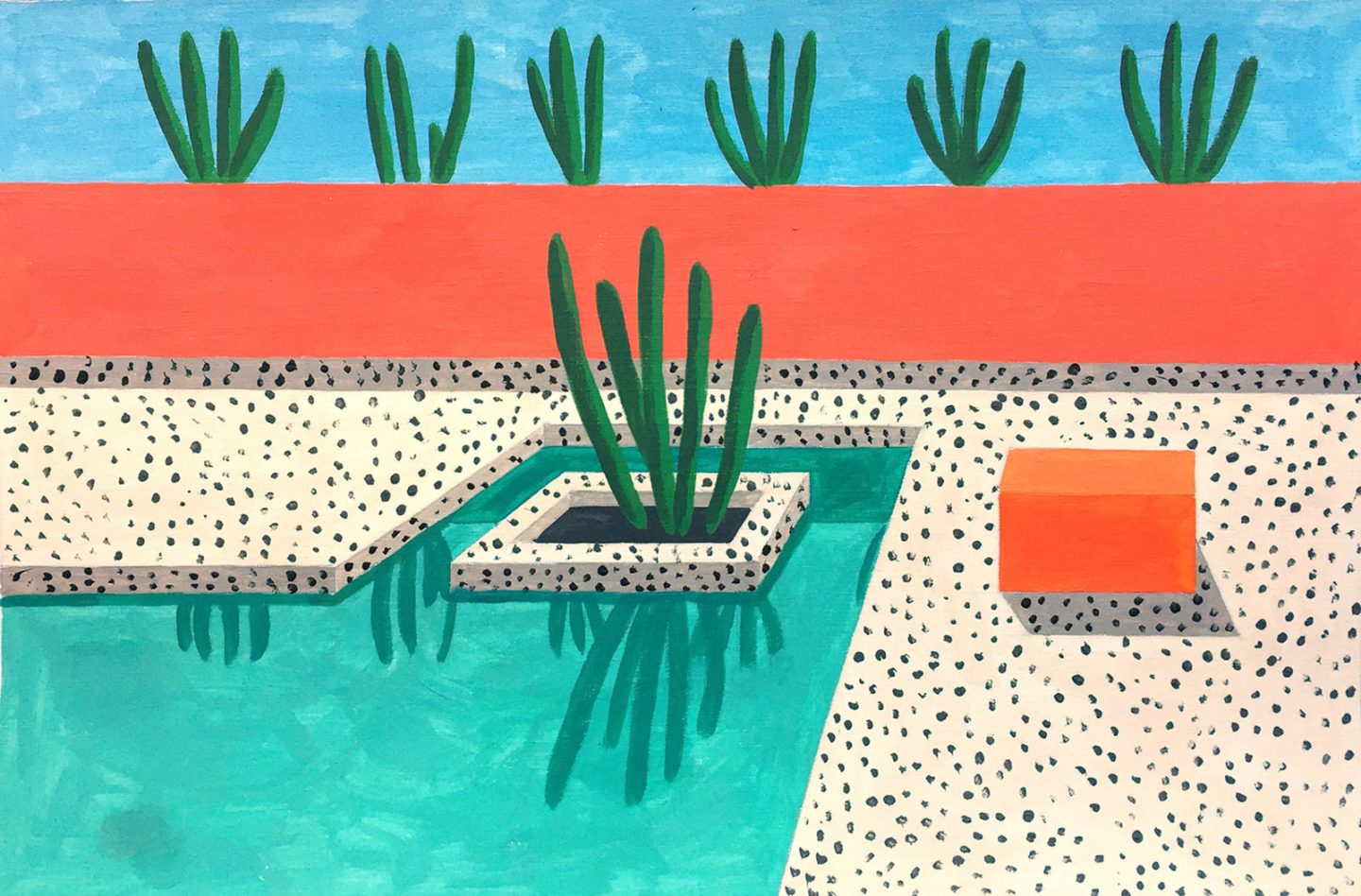 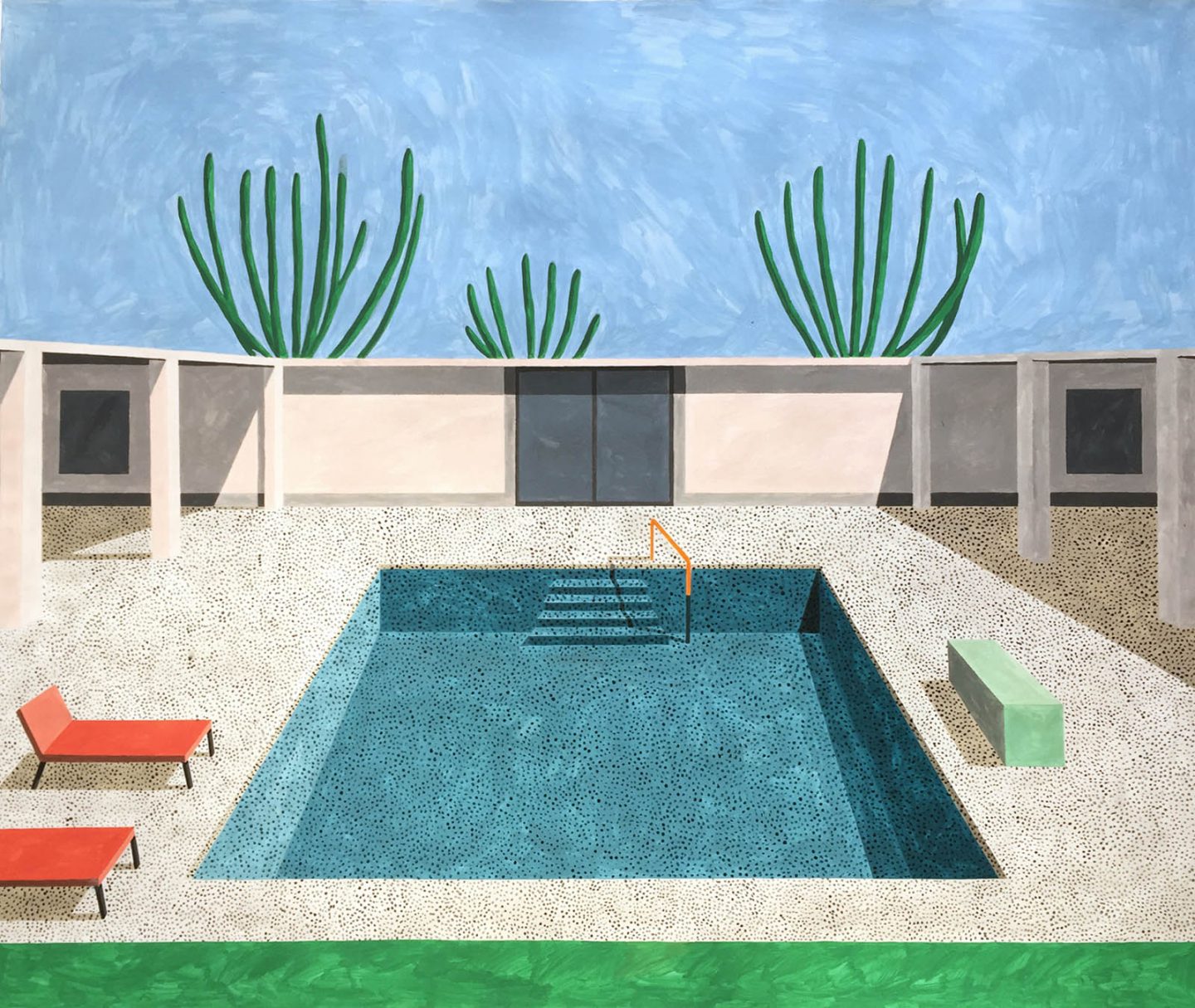 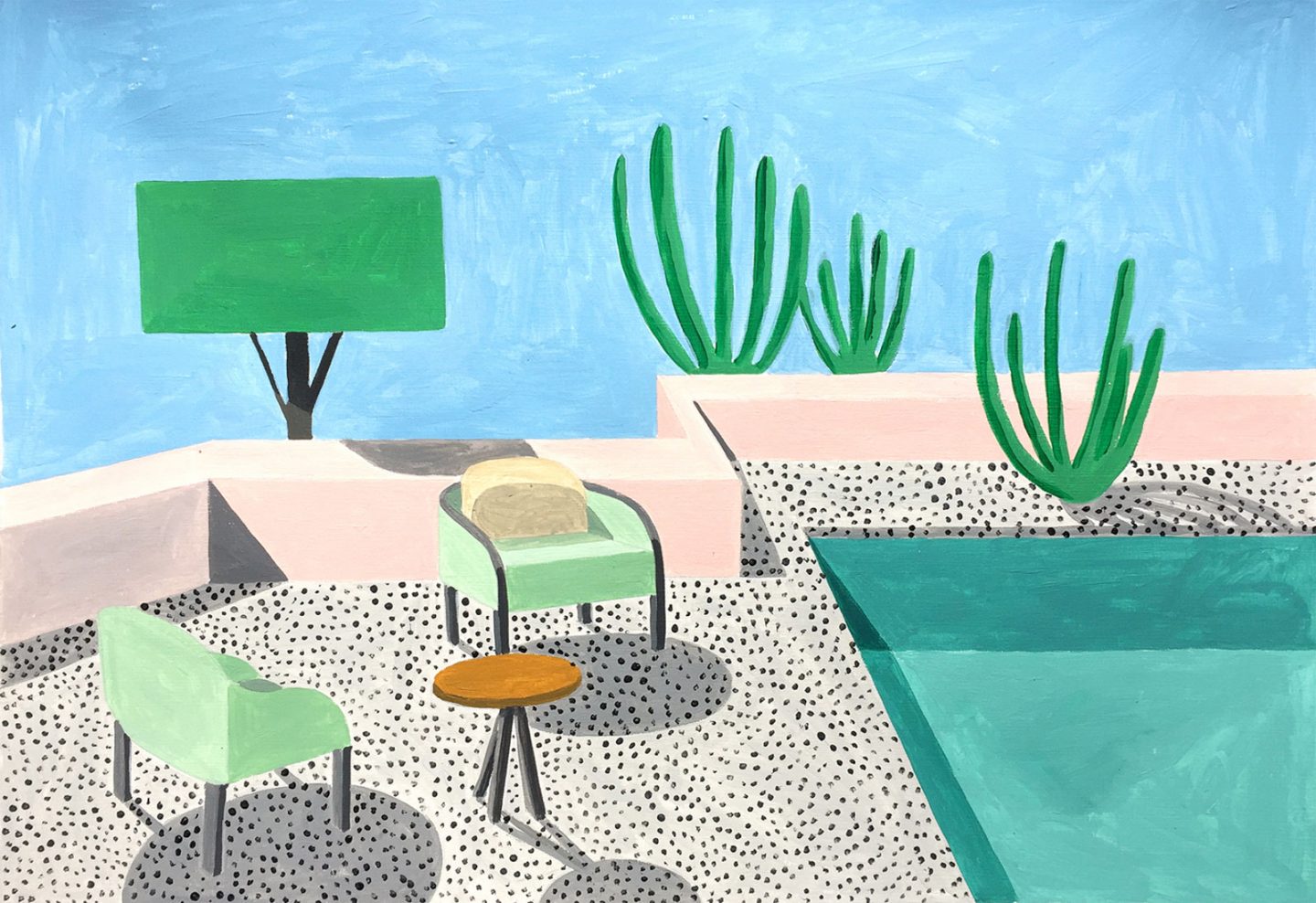