If Jordan Belfort, the Wolf of Wall Street played in Hollywood by Leonardo Di Caprio, had asked you to sell a pen it would probably have been difficult, but maybe not as difficult as creating a work of art with that same pen, a BIC let’s say.
The most famous ballpoint pen in the world, however, is not only the most popular writing instrument, it is not only the pen with which we write assignments and sign contracts, but also a cult object for great artists, who have used it to create works of art. Ferdinand Legér, Martin Parr and Alighiero Boetti are just some of the names that have chosen the ballpoint pen presented in 1950 in Clichy (France) by Baron Marcel Bich. Bich improved, and bought the rights, of the ballpoint pen invented by László József Bíró, making it a popular disposable product, which would be followed by the production of razors and lighters.
If you have always been undecided about which color to choose, it might reassure you to discover that René Magritte chose blue for his self-portrait, Alberto Giacometti chose black for some sketches, Claude Closky in his Avant/Après (4 couleurs) instead also used red and green.

In 2018 at Gallery 104 in Paris, BIC organized an exhibition in which 140 works made with pens and other objects produced by the brand were on display. In addition to the aforementioned works by Magritte and Giacometti, there were also works by César, Giorgio Colombo, Lucio Fontana, Philippe Favier, Angiola Gatti and Mamadou Cissé to name but a few. Among these there was also Giuseppe Stampone, for whom BIC in recent days has created a special ballpoint pen with the color “Giuseppe Stampone”, not for sale and that will be used only by the French-Italian artist for his works.
The BIC collection includes in total about 250 works, not only ballpoint pen paintings, but also sculptures, such as the chair made by Kate Lennard with 1102 razors, or the outfit composed of shirt and pants (Out of the Blue) by designer Sophie Hardeman. 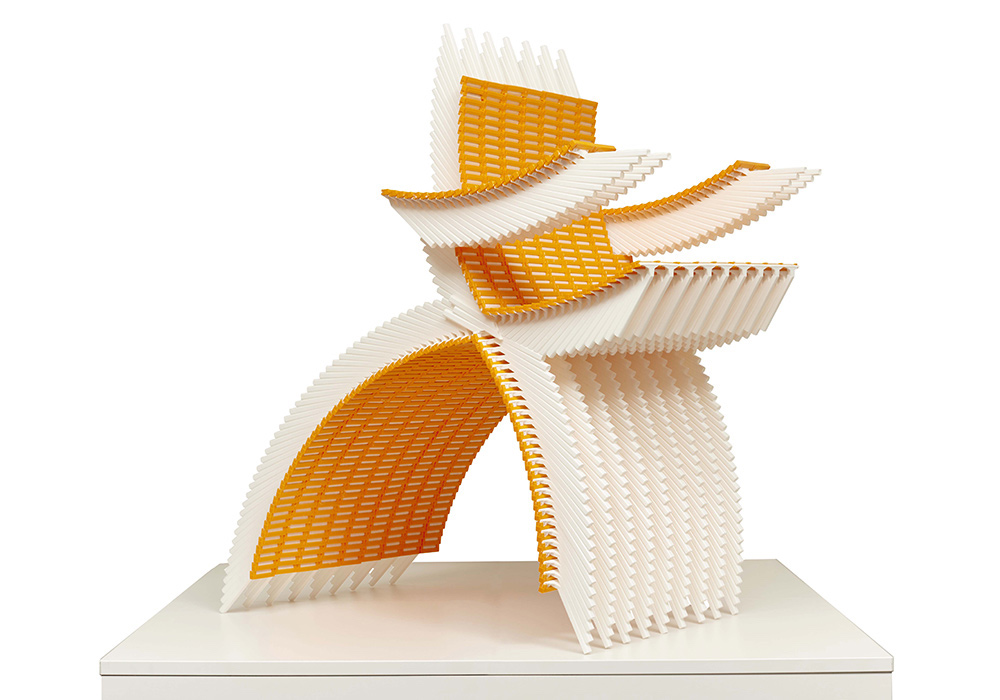 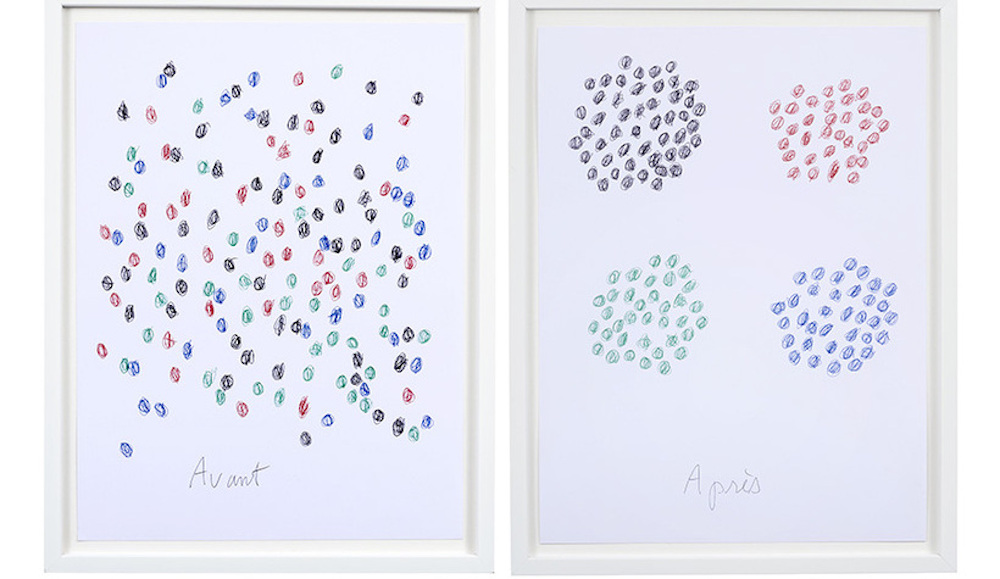 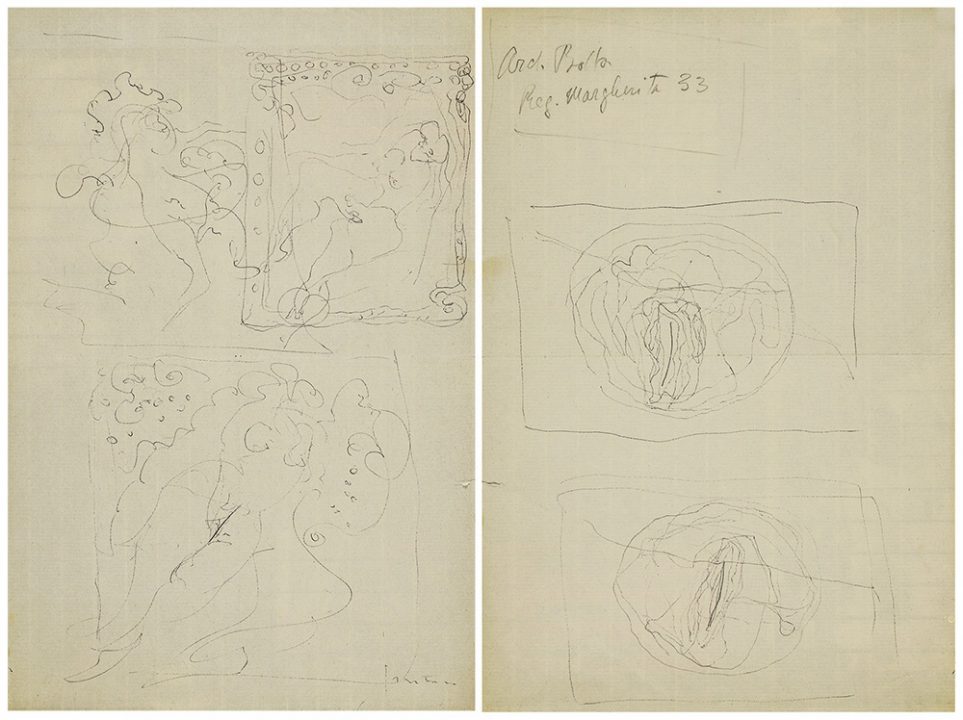 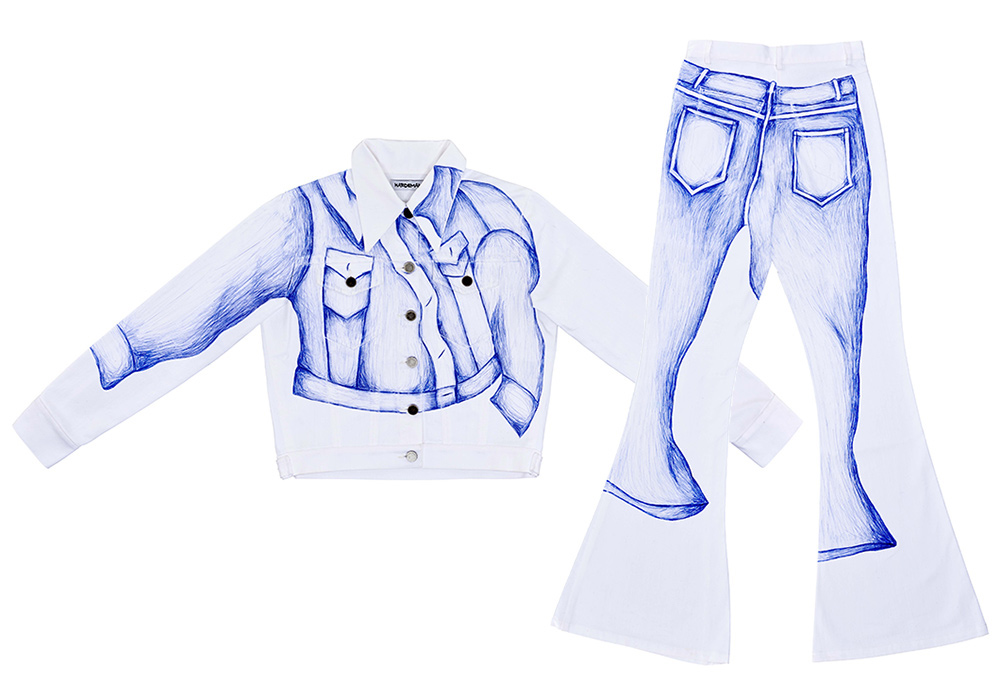 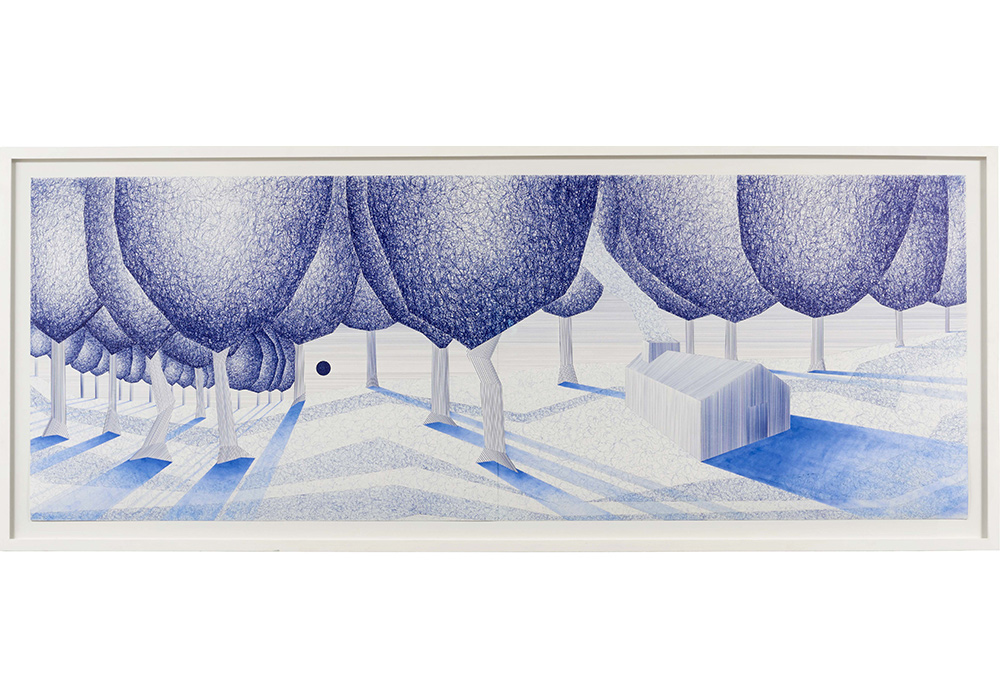 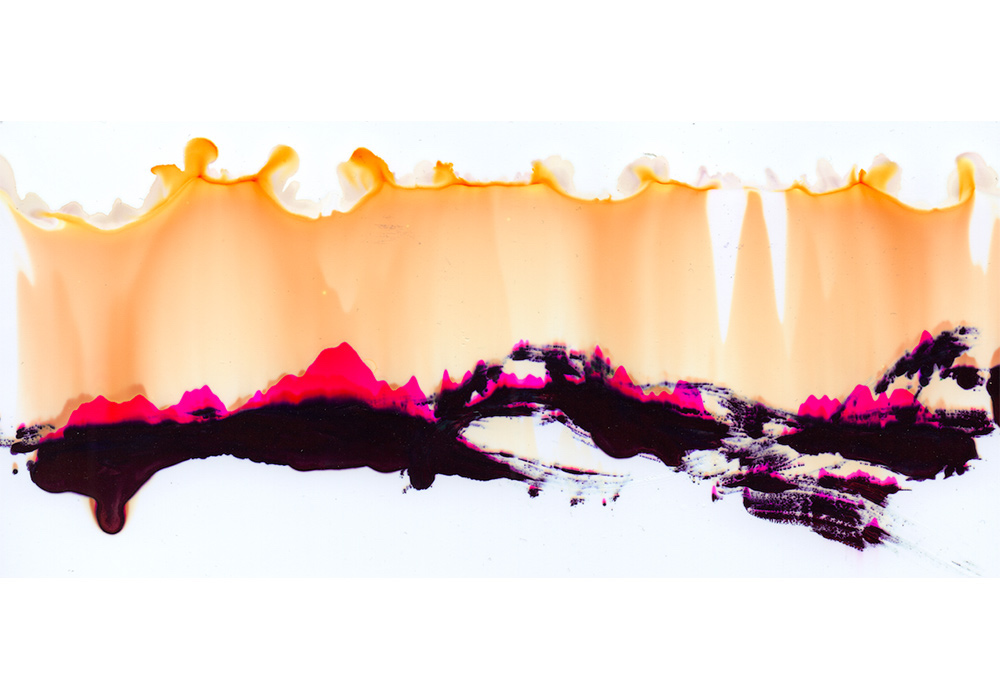 The screens, the lamps and all the physical and paper objects created from Marcel Bich’s idea are the highest expression of an idea born to be within everyone’s reach, an instrument of simplification that has entered everyone’s life. BIC has revolutionized the way of writing and jotting down information, has changed the speed of the act of writing making it more immediate and popular, changing a centuries-old habit, a capacity that only great design objects have.
Artists of the new generation such as THE KID or Anne-Flore Cabanis have been inspired by it, just as Giacometti and Fontana were in the past, a sign that artistic expression and its gesture cannot be separated from the instrument, even better if it is fast and essential.

When BIC became a tool for artists