Art has always had the power to unite people, despite social, economic and cultural differences. Anyone can stop in front of a painting and enjoy its beauty, and since art has left museums and invaded the streets, thanks to the work of street and urban artists, it has become part of our lives, our journeys to work and our Sunday walks.
Until we see it with our own eyes, it is impossible to understand the power a mural can have, how its colours can really bring new life to a street or a neighbourhood and, above all, how the process of making it is a healthy moment of aggregation for citizens.
This is exactly what happened at the beginning of September in the Comasina neighbourhood, north of Milan, where for a week Mister Thoms worked incessantly on a mural created in collaboration with ActionAid as part of the UIA.Città di Milano project.

On a wall in Piazza Gasparri, he created the mural entitled “Master the Force“, which gave shape to the fears, dreams and hopes of some of the boys and girls from the neighbourhood who had taken part in the Street Art Labs in July, learning how to translate their feelings and thoughts into art, and who then actually helped Mister Thoms to create the work.

The artwork shows an enormous dragon, which besides recalling the Visconti bison – symbol of the city of Milan -, represents the inner strength that each of us has and that we must discover and learn to tame. This is where the name ‘Master the Force‘ comes from. Throughout its length, the dragon has various characters and elements on its back, each embodying superpowers or hopes described by the boys and girls during the art workshops.

We start with the mechanisms that hold the dragon’s body together, a symbol of the industrialisation and evolution necessary for any city that wants to survive in today’s world, and we move on to fire, which has a dual meaning, on the one hand a destructive force and on the other a flame that nurtures the creativity typical of adolescence.

We find an elderly man and a child together, representing two different generations living in the same community, just like the couple formed by mother and daughter, created as always following the idea of one of the girls who took part in the workshops, representative of the large Chinese community in the area.

There is also a masked figure resembling the character of a weapons master who prepares young warriors to face the demons of a well-known manga.

Finally – by virtue of the link that the project wants to create between the centre and the suburbs – the Milan skyline cannot be missed, from Piazza Duomo, complete with a statue of Vittorio Emanuele II, to the unmistakable San Bernardo Parish in the Comasina district. 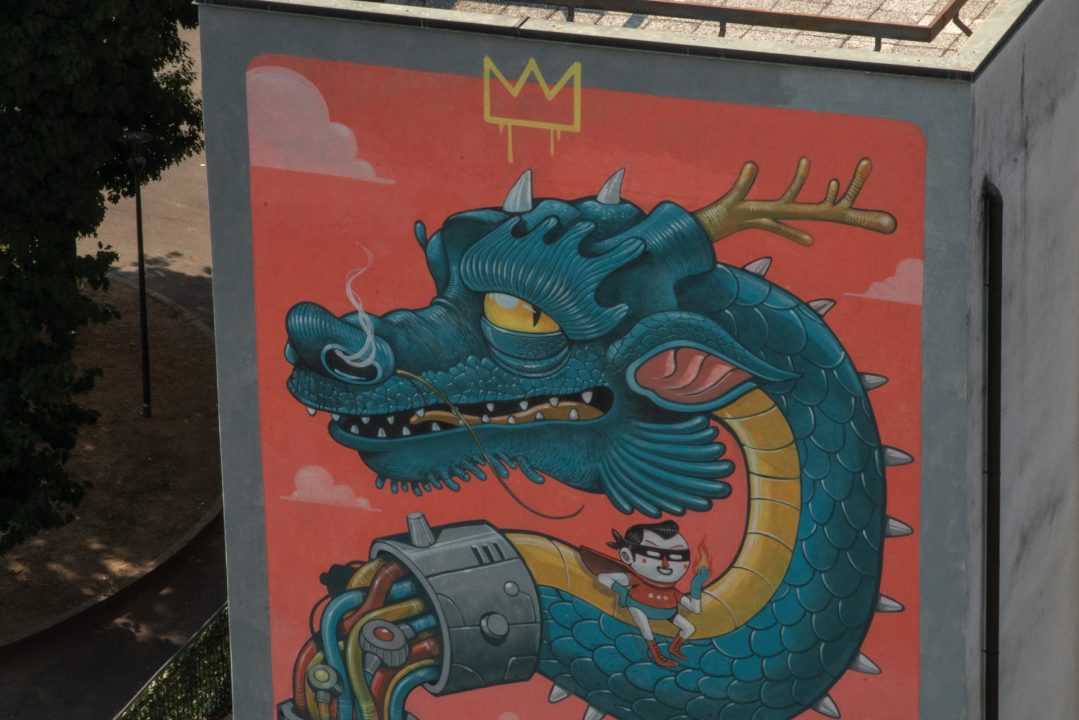 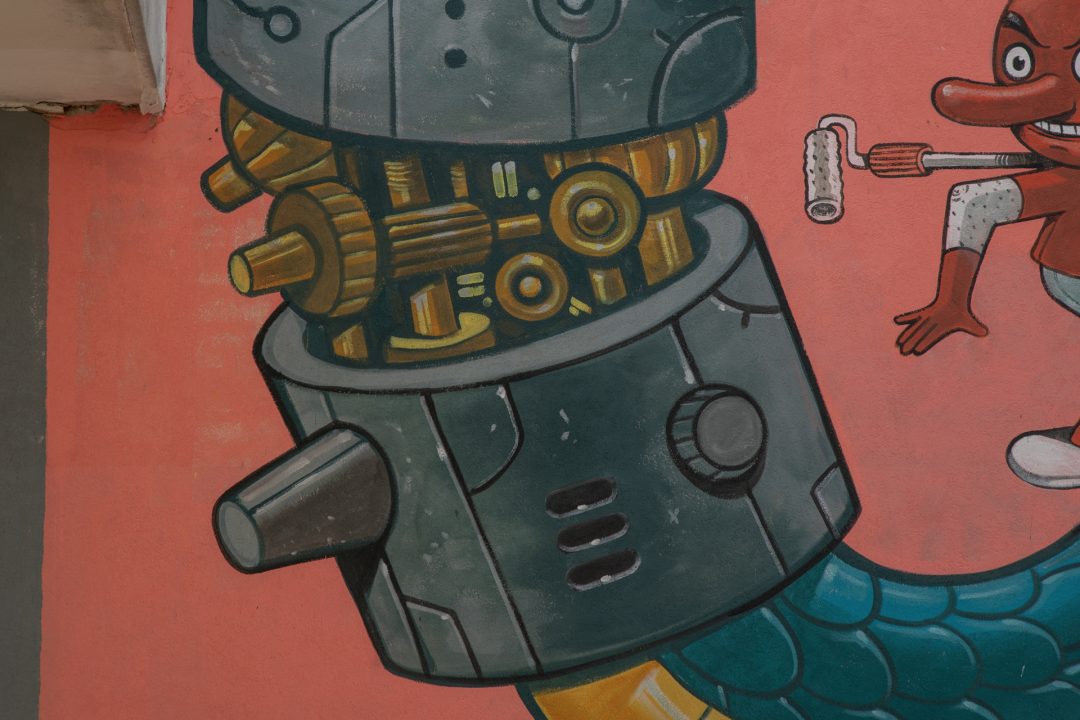 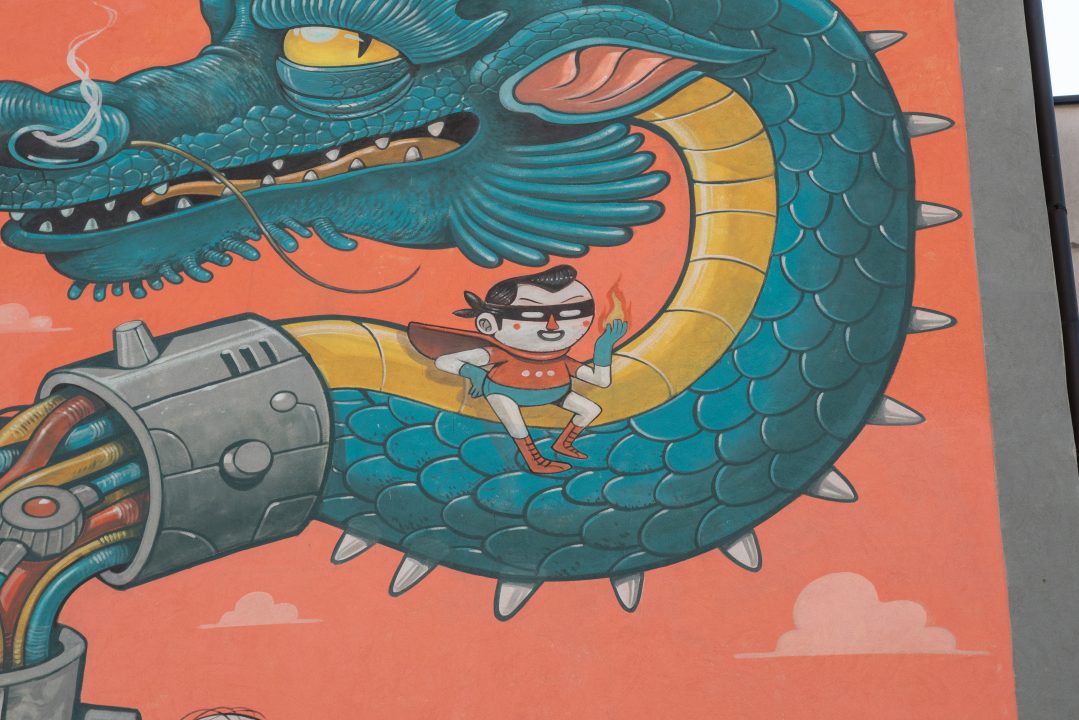 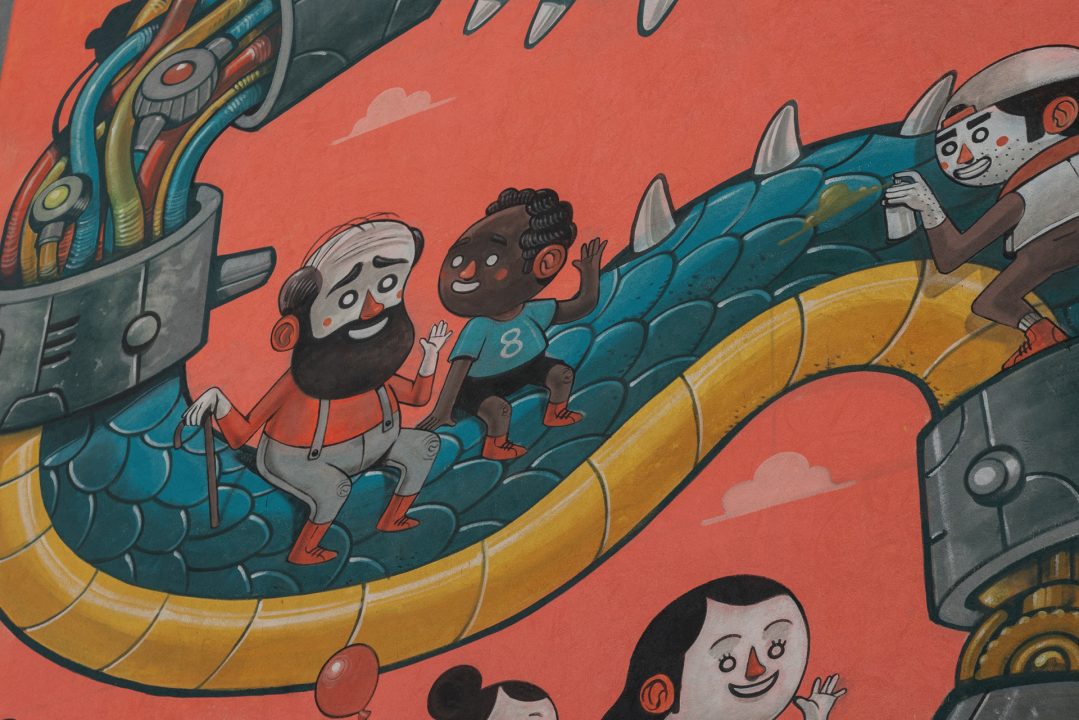 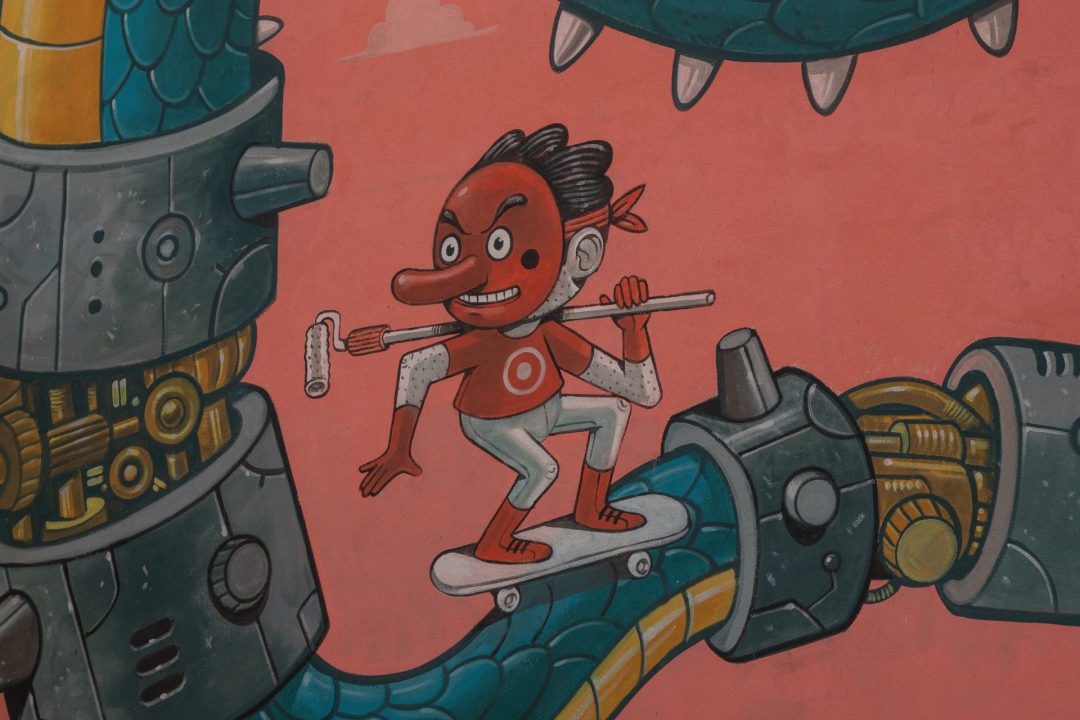 We at Collater.al were lucky enough to follow the week of work and see the citizens of the neighbourhood discovering the progress of the mural day by day and giving their personal interpretations.
Take a look at the photos of the work below and watch the video to discover it through the words of Mister Thoms.

This document has been prepared for the European Commission however it reflects the views only of the authors, and the Commission cannot be held responsible for any use which may be made of the information contained therein.

“Master the Force”, Mister Thoms’ mural for the Comasina district 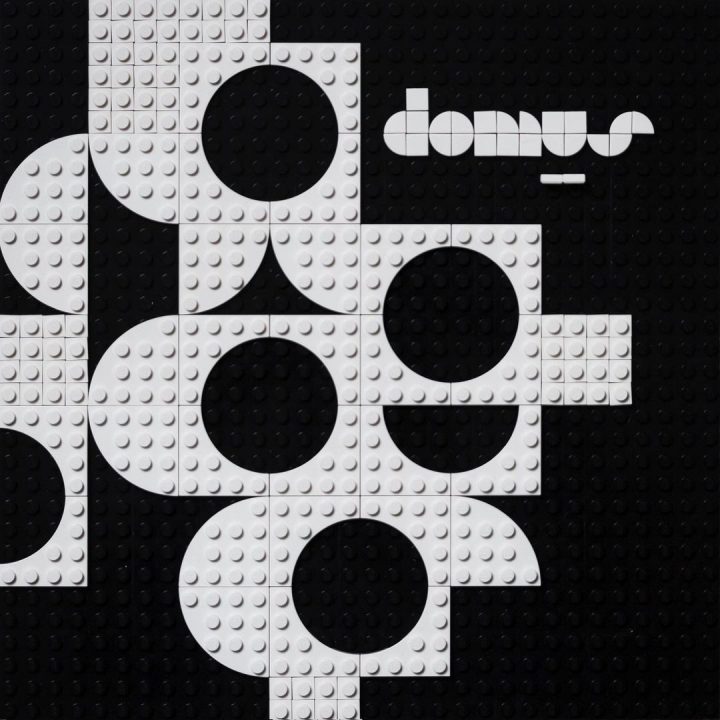 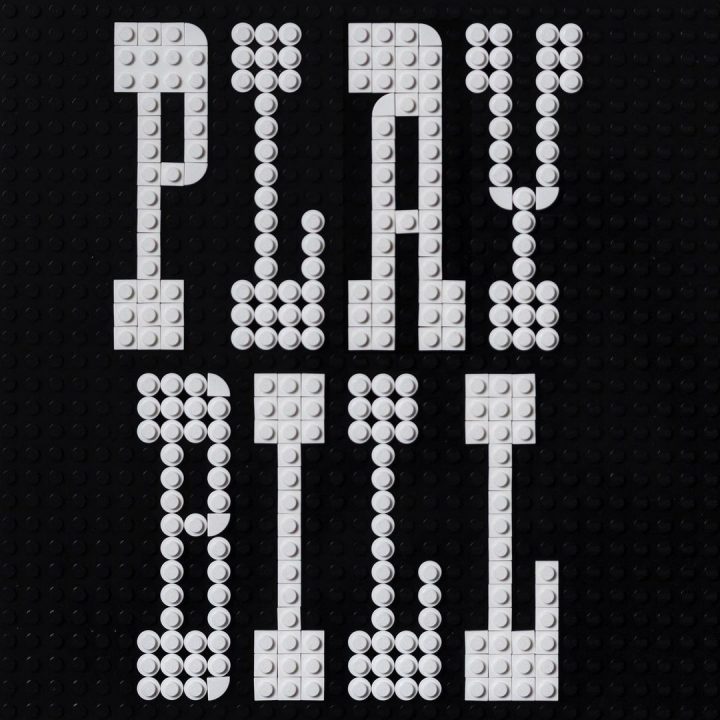 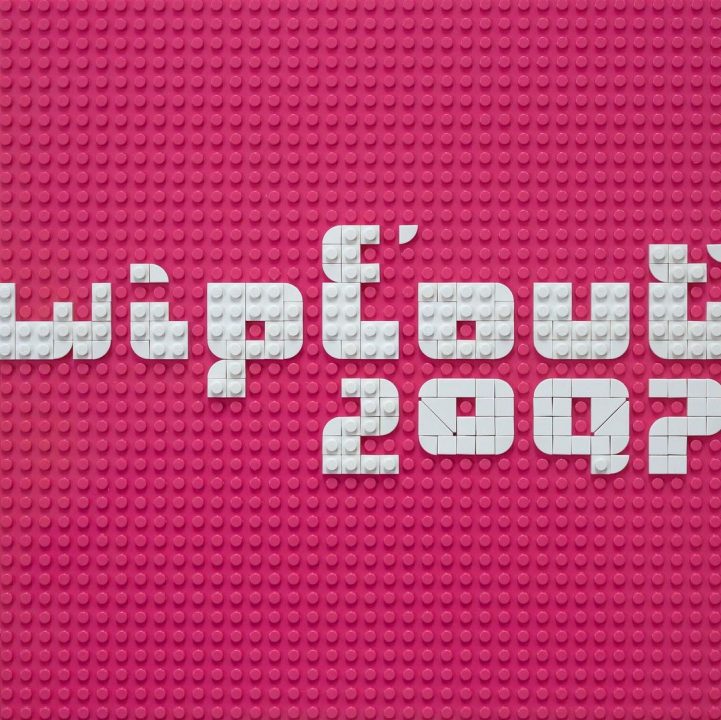 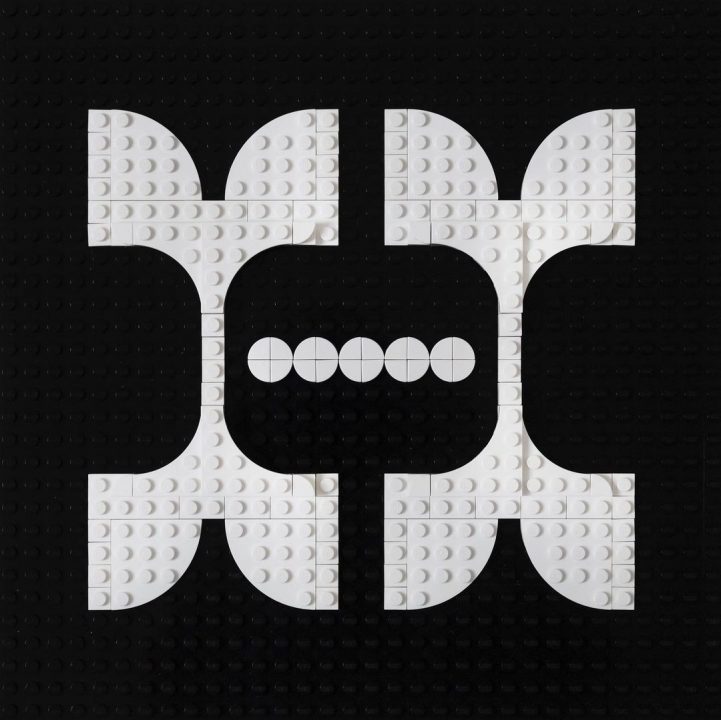 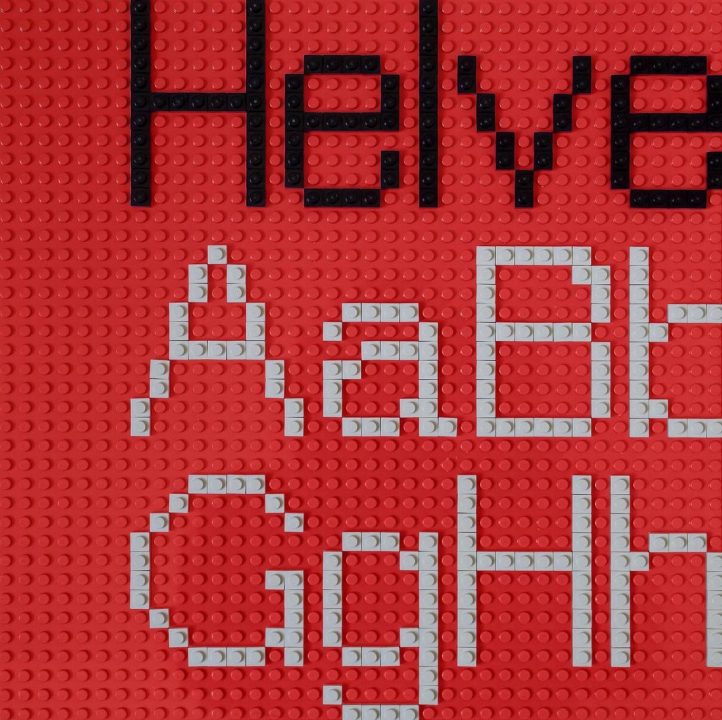