Nicolò was born in 1999 in Catania, where his passion for music and writing immediately emerged and, inspired by one of the characters in the famous film La Haine by Mathieu Kassovitz, he officially adopted the stage name Don Said.
After a period of live performances and peak, he decided to move to Milan, where his career continued and intensified.

Today, after a series of singles including “Socio” and “Non mi disturbare“, Don Said is ready to begin a new journey and does so with “Oceano“.
Produced by Collater.al and distributed by The Orchard, the song differs from the previous ones both for the musicality and the content.

The text, through a strong metaphor, recounts the wearisome relationship with addictions as if it were a love relationship that, on the contrary of doing well to both sides, destroys one of them.

The words find their perfect position on the sad and melancholic atmospheres evoked by the instrumental, produced by Federico Maccherone and Thomas Feriero, enhanced by the guitar played by Don Said himself.

A song like this could not help but be accompanied by a video clip just as good as the expectations. Directed by Enrico Cerovac and with the artistic direction of Marco Aurelio Mendia and Andrea “Muten” Carveni, the video brilliantly manages to show what the text tells, alternating scenes in wide-open spaces with scenes indoors, which restore that sense of oppression given by addictions.

I have told myself many times to tell this story, to try to let off steam and lighten its weight with music. I never wanted to do it because I don’t like to talk about what afflicts me, not even with the people I love. This piece was written more with the brain than with the heart, I looked for all the points of encounter between the true story behind it and a love story. 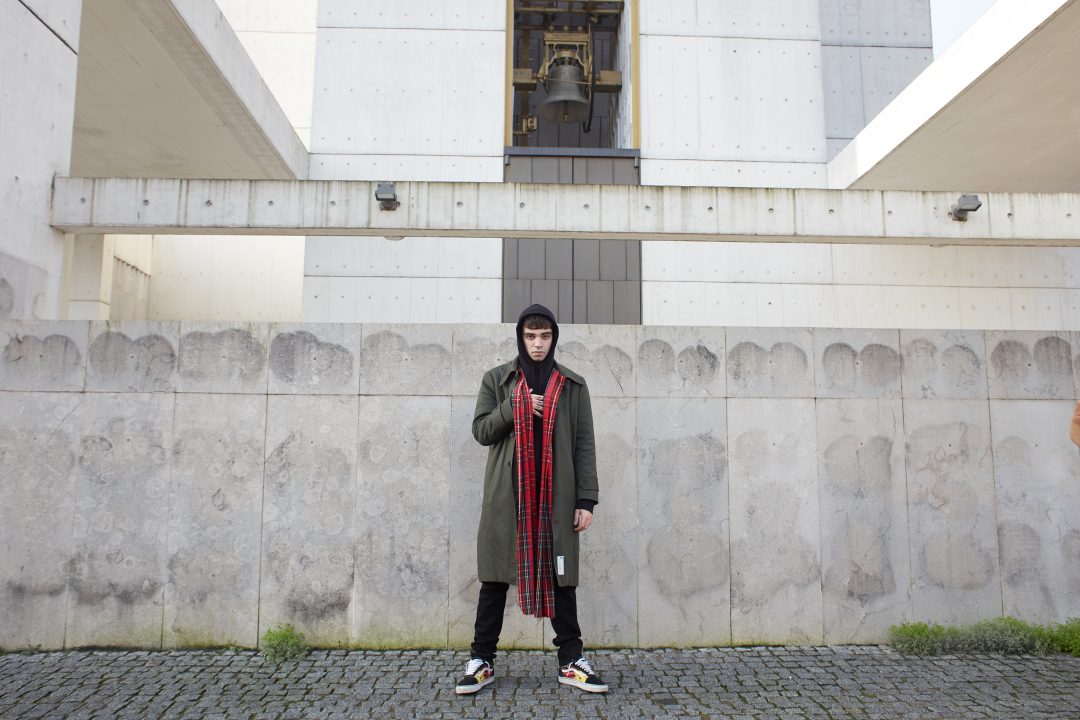 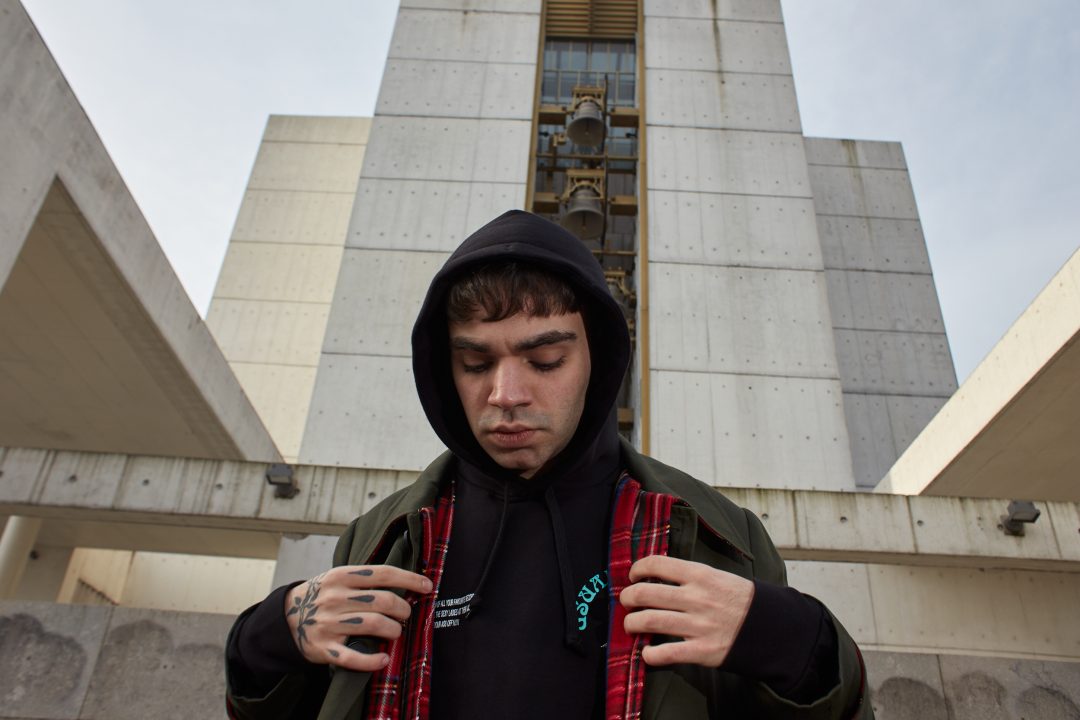 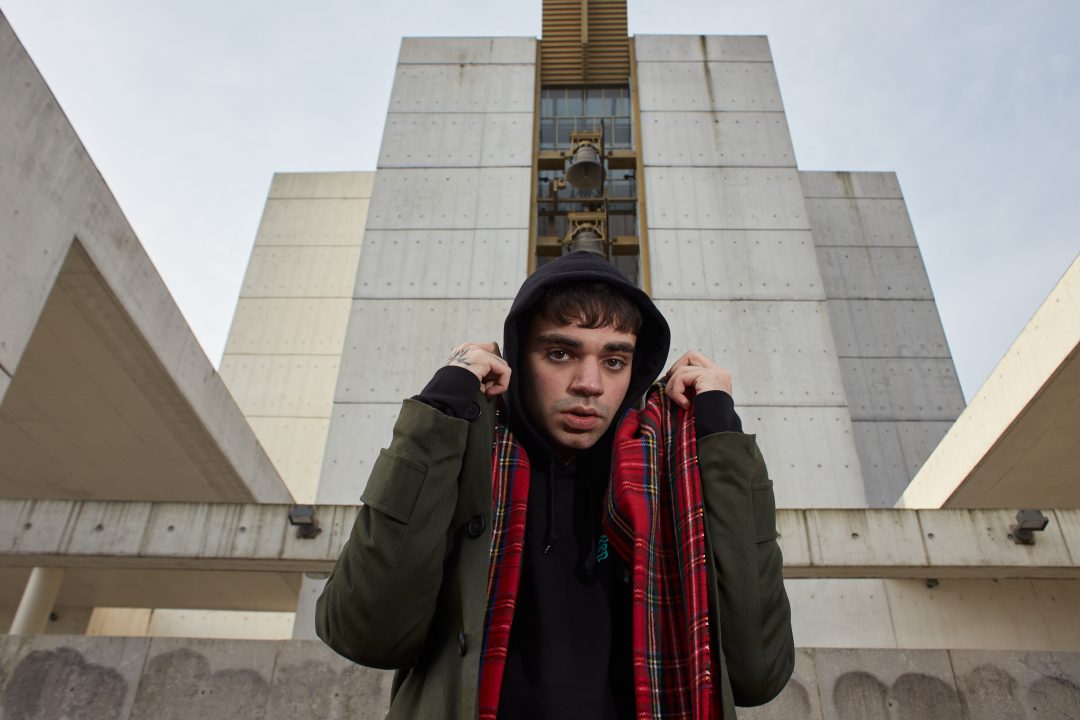 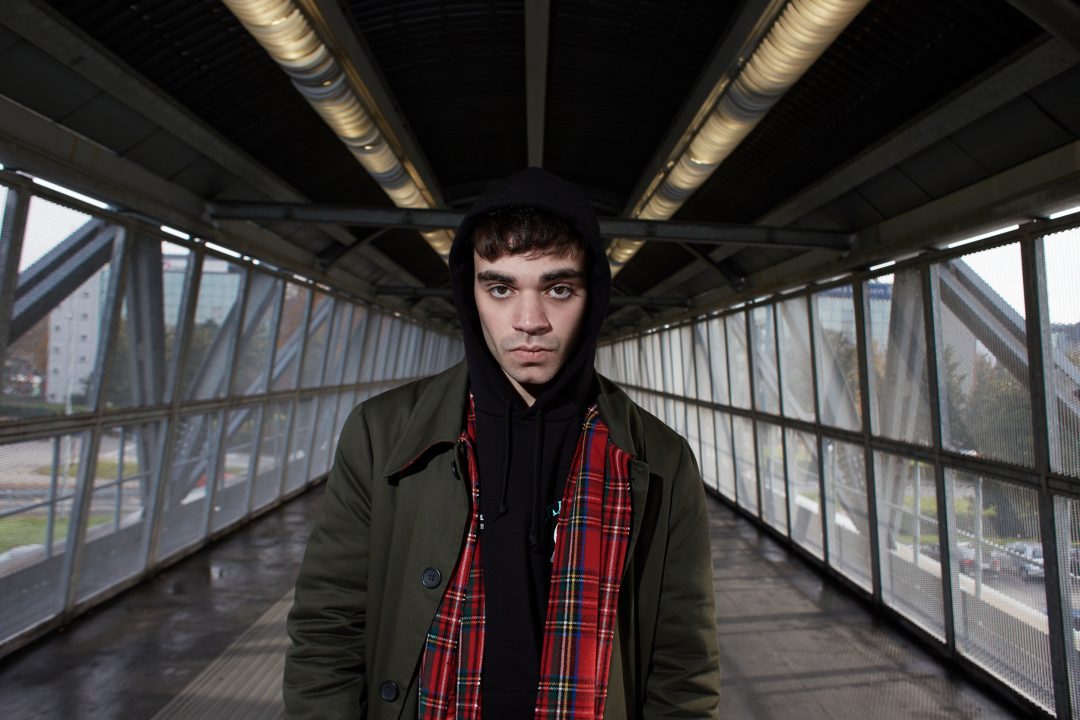 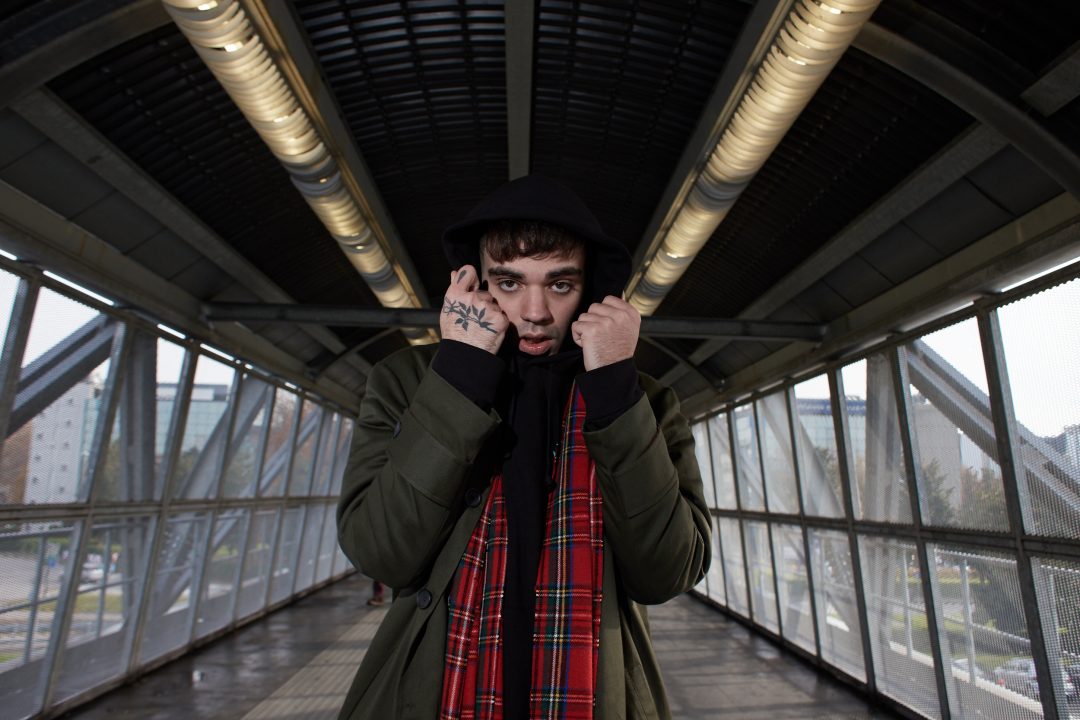 Listen to Oceano and watch the video below!

It was the year 2016 when Louis Kevin Celestin, aka Kaytranada, released his latest studio album titled 99.9%. After 3 years of absence the American artist, record producer, and DJ decided to return to the music scene announcing the release of Bubba, his latest studio work that will be available for purchase from December 13 next. The release was anticipated by the 10% song made with Kali Uchis – an American singer – and by a tweet published by Kaytranada in which he said that the album was “finished”.

He later formalized the release of his project during the Intersect Music Festival in Las Vegas in early December. In his work, there will be other collaborations including that with Pharrell Williams, Mick Jenkins, Tinashe, Estelle, Charlotte Day Wilson, GoldLink, SiR.

The album contains 17 tracks and you can pre-order it on the official website of the American artist and listen to his first single extracted on Spotify!

UPDATE 11 DECEMBER:
The official video of CHARLES MANSON (BUON NATALE2) has been released! Watch it below!

Today, Friday, December 6, was released the new single by Salmo: CHARLES MANSON (BUON NATALE2) (MERRY CHRISTMAS2) in collaboration with Lazza, Dani Faiv, and Nitro. About six years have passed since the release of Buon N* freestyle, a track produced together with colleagues Gemitaiz and Madman that, published on Christmas Eve, became a sort of anthem against everything that encloses this holiday.
CHARLES MANSON (BUON NATALE2) was made by Stabber, a music producer from L’Aquila together with Salmo and is contained in Playlist Live, the album that includes eleven live performances of almost all the tracks contained in Playlist, also enriched by Papparapà RMX, a track by Nerone in which he took part with Gemitaiz and was later revisited by the producer from Abruzzo.

For the launch of the last date of the tour to be held in San Siro Stadium on June 14, 2020, Salmo has decided to create a classic advertising campaign with a billboard displayed on the Naviglio Grande in Milan. This, however, as Salmo says on his Instagram profile, was immediately removed by the City as it was considered a little too “splatter”. Despite this inconvenience, Salmo manages to close 2019 full of successes and awards, sold outs and new collaborations. 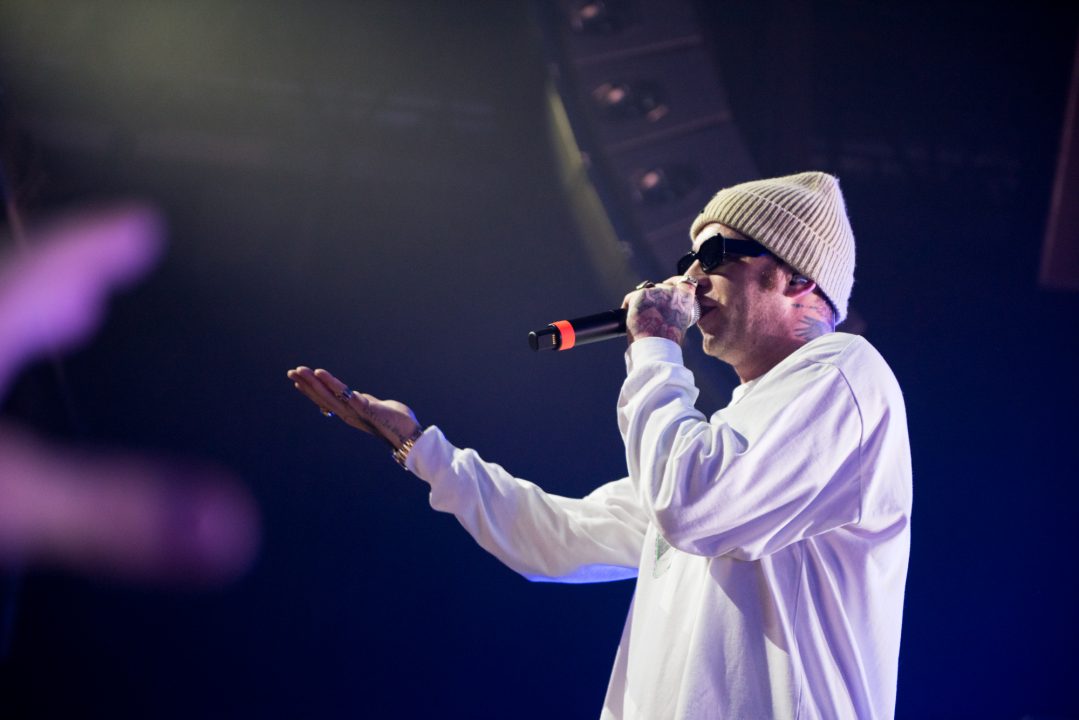 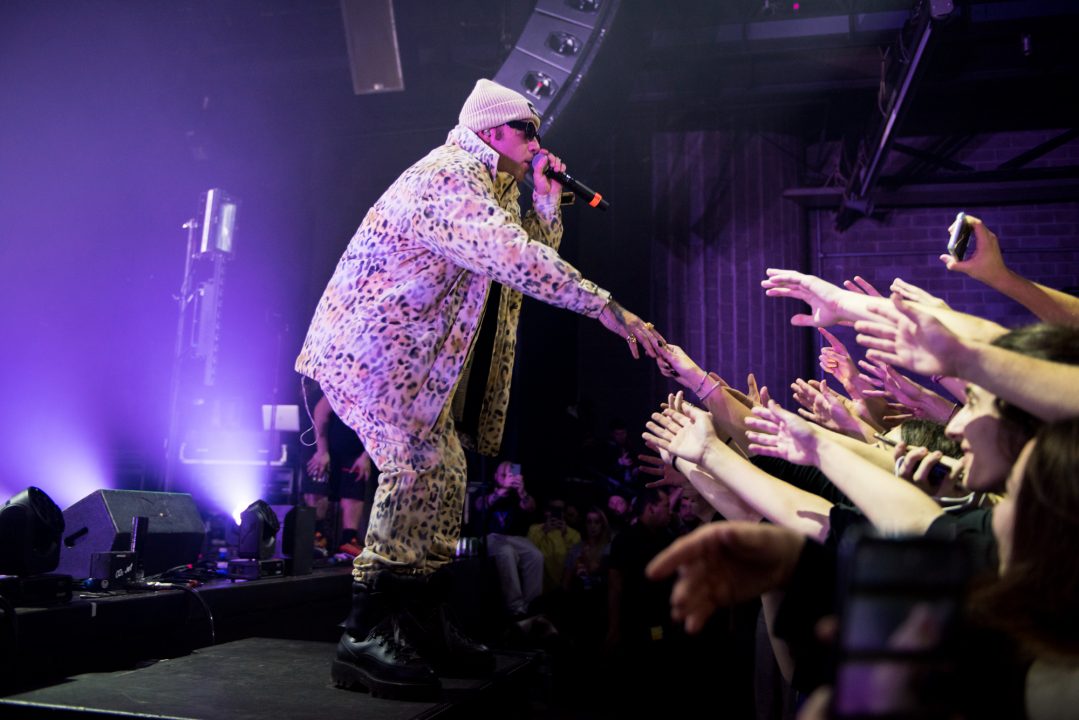 The Texas hit hop music group Brockhampton, after Saturation and Iridescence, released on August 23, 2019, the last studio work called Ginger. The latter is composed of 12 tracks from which they extracted the first single, Sugar, and yesterday, December 10, 2019, the video clip was released.

Most of the band’s videos are actually a bit strange but that maybe beats them all. The short film, directed by Kevin Abstract – the group’s voice, producer and creative director – starts with a scene in which a boy and girl have sex and are interrupted by an alien. Yes, you read it right. But that’s not the oddity of the video. After a few seconds, the alien shoots the boy in the head making him explode in the brain and the screams of the frightened girl are heard all over the world.
This first surreal scene sets the tone for the rest of the short where inside we can see alien invasions, the singer Matt Champion singing in a hellish scenario and then move on to Kevin Abstract who is hanging from the ceiling with a mass of “alien liquid” green.

In a series of Tweets, the vocalist felt a bit obliged to explain their work. In fact, Kevin recounts how the rather bizarre concept was born, claiming that this came to mind following a dream he had.

About the video of Sugar, we will surely remember, not so much for the strangeness but for the beginning a bit ‘splatter, like Tarantino.

With all the new releases that have marked this 2019, it is difficult to select the 10 most emblematic music videos, those champions of visualizations and those simply characterized by a unique beauty.
Discover the best second Collater.al below!

Billie Eilish – you should see me in a crown

Creepy’s nice. Billie Eilish and Takashi Murakami teach us this in the animation video that accompanies you should see me in a crown in which the singer takes the form of a manga. Impossible to miss it.

In the video directed by Andrew Thomas Huang, FKA twigs shows us all the beauty and sensuality contained in the art of pole dance.

It’s A$AP Rocky’s sobriety that always leaves us speechless, like the one in Kids Turned Out Fine, where the rapper goes from one psychedelic situation to another, always wearing a babushka.

Denzel Curry’s video for Black Balloons from the album TA13OO is a bit surreal. But get to the bottom, you’ll find drugs, atomic pussy, jail.

Solange – Things I Imagined / Down The Clique

Only she, Solange, could condense in a single video elements such as cowboys, men and women in dancing suits, Houstons and sparkling headdresses. And the end result has a class hard to find.

This is one of five videos that make up a mini-series entitled “Capri Rendez-Vous”. Directed by Francesco Lettieri, the videos tell the love story between Carmine, a young islander, and Marie, a French actress. Thanks to the use of black and white, the result reminds us of the timeless films of Truffaut and Jean-Luc Godard.

If this video isn’t surreal, I don’t know what can be surreal. Sanctuary tells the odyssey in the space of Captain Joji who travels through the 80s among aliens, milk bowls, cereals and blood and moon crystals.

Tyler, The Creator – A Boy Is A Gun

In A Boy Is A Gun, Tyler, The Creator gives way to his alter ego, IGOR. An enviable boy with a style that shows off his platinum blonde hair like no other, who in the video is struggling with the end of a relationship and the trauma of abandonment in a beautiful villa that becomes for him a maze with no way out.

This video is a real homage to the Korean origins of Peggy Gou. Thanks to an alternation of moving scenes and still images, we can admire the beauty of the landscapes.

This year’s musical promise, Spanish singer Rosalía has bewitched us with the video directed by Diana Kunst and Mau Morgó, in which she sings in black waters of ink illuminated by a diamond headdress, goes around on burning motorcycles and always knows how to make everything beautiful.