In the UK, every two hours, a man decides to take his own life, and statistics speak for themselves: 84 men every week.
This emergency gave rise to Project84, the latest project by Mark Jenkins in collaboration with CALM (Campaign Against Living Miserably), an association that deals with the suicide prevention.

Jenkins, known for his installations which aim to provoke reactions in a society that is too indifferent and distracted, has placed 84 faceless figures on the London Television Centre’ roof, in the heart of London.
Faceless figures, standing just a step before nowhere.
Figures who had a face and, with it, a real story.

Each of the 84 sculptures created by Jenkins represents a man who, through the project site, is told through the words of his family. 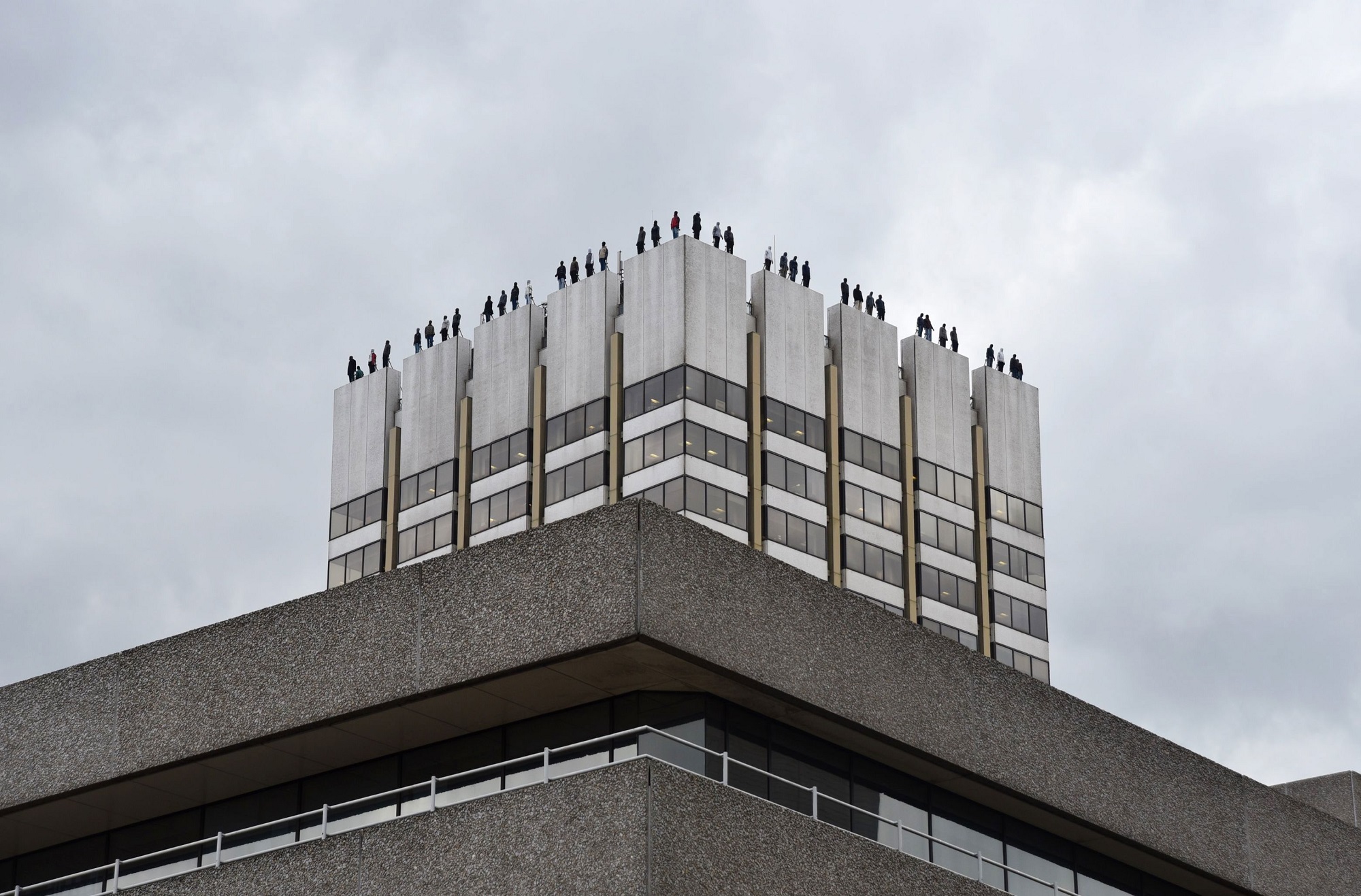 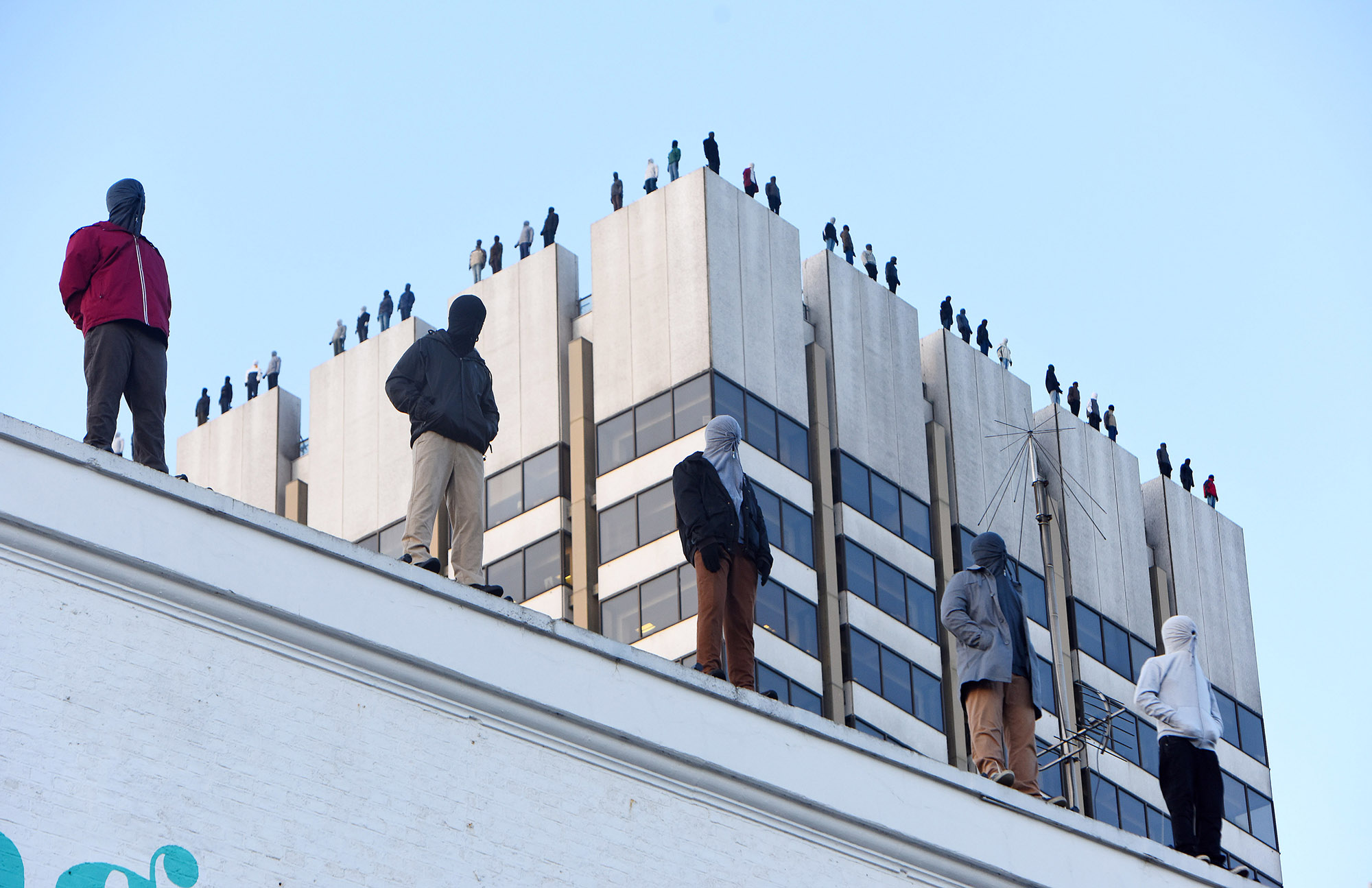 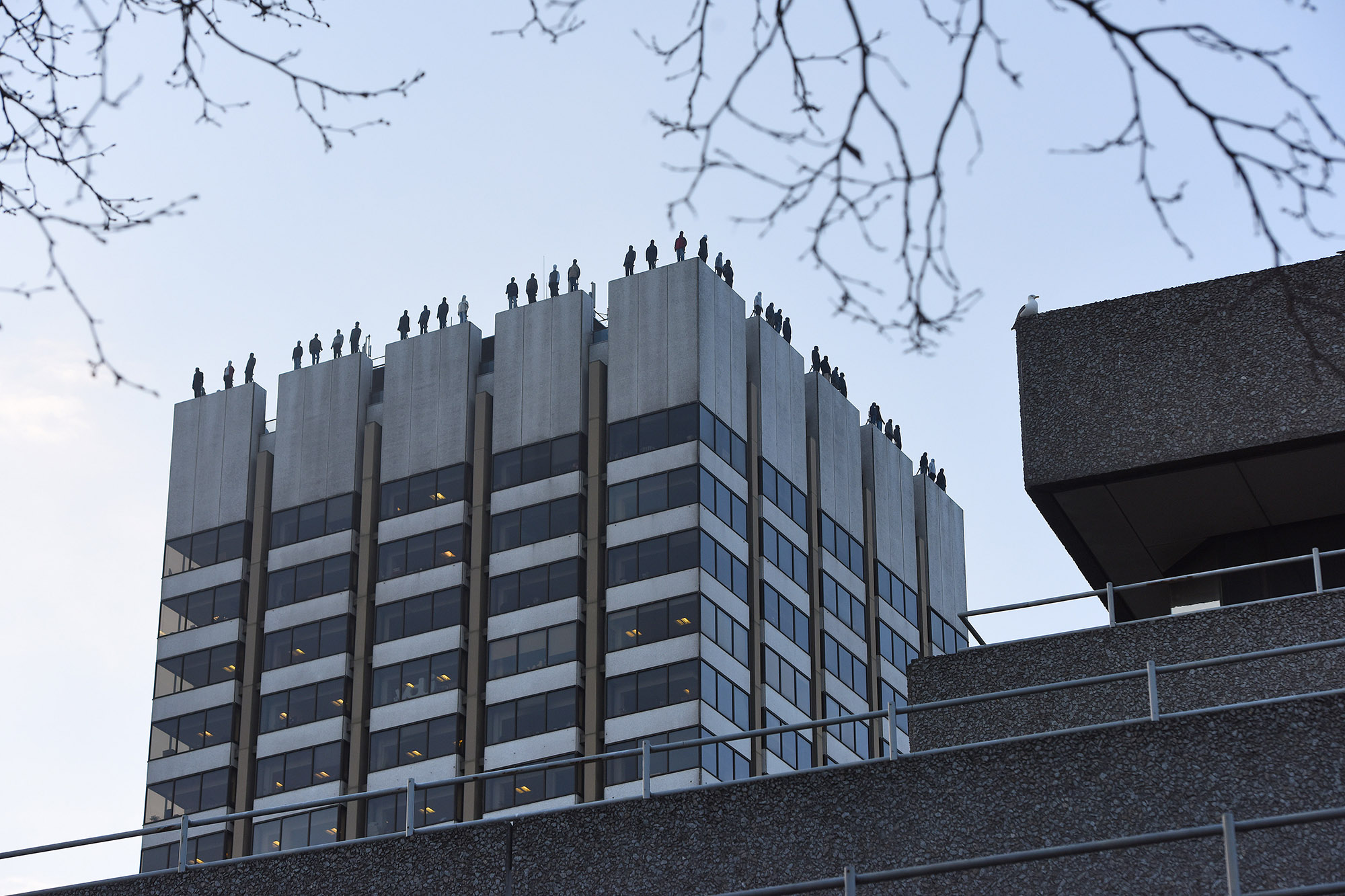 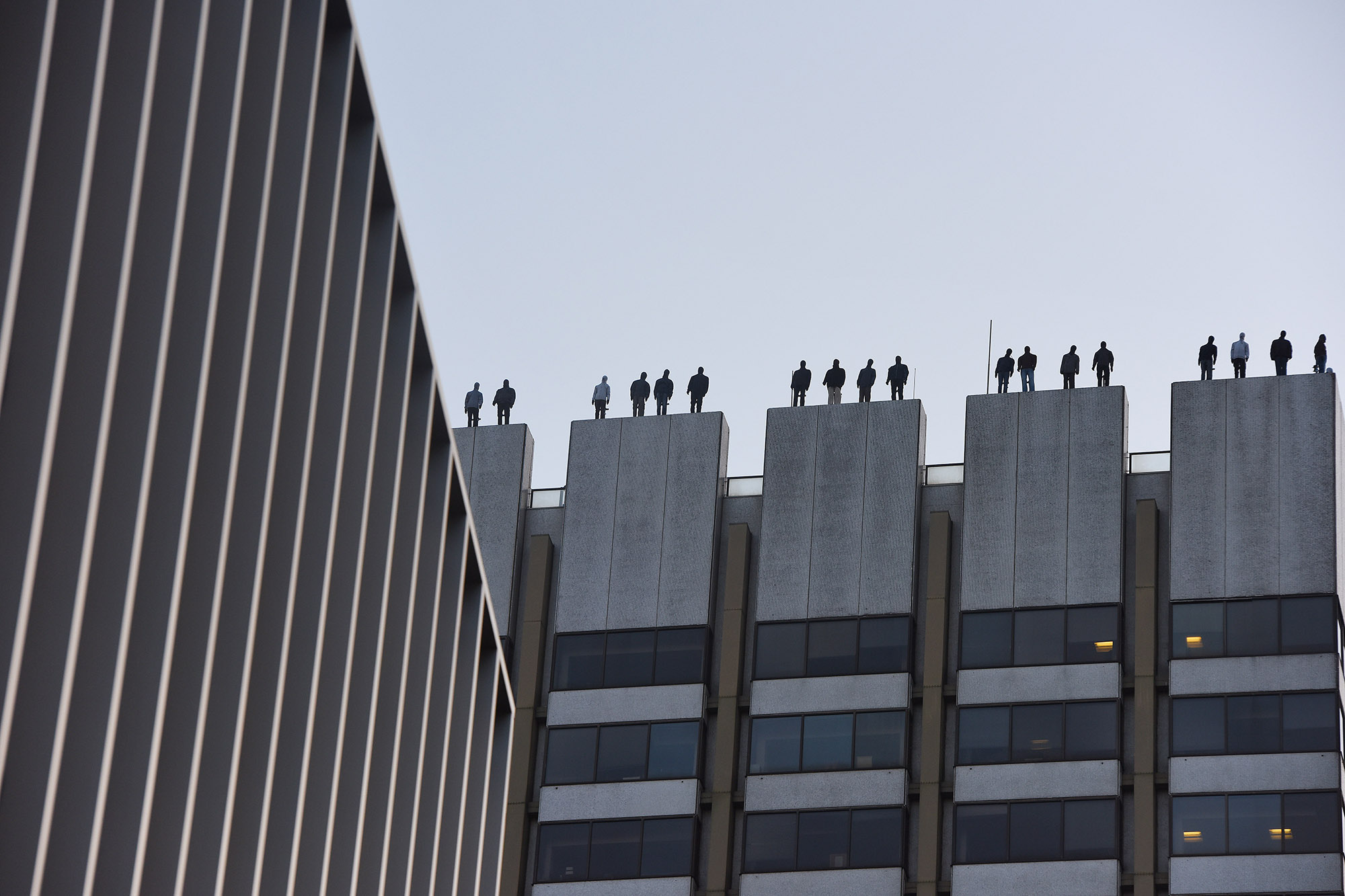 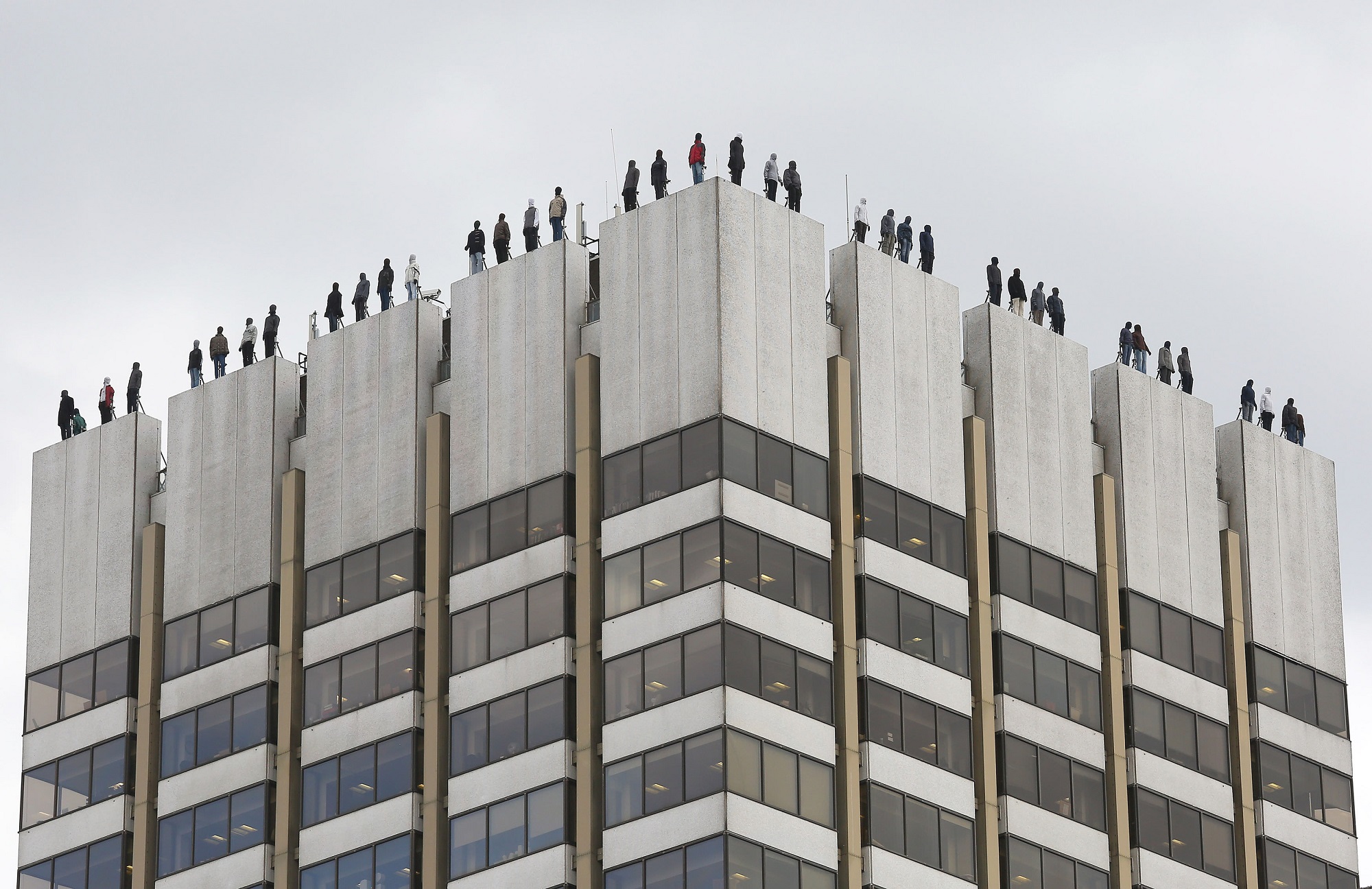 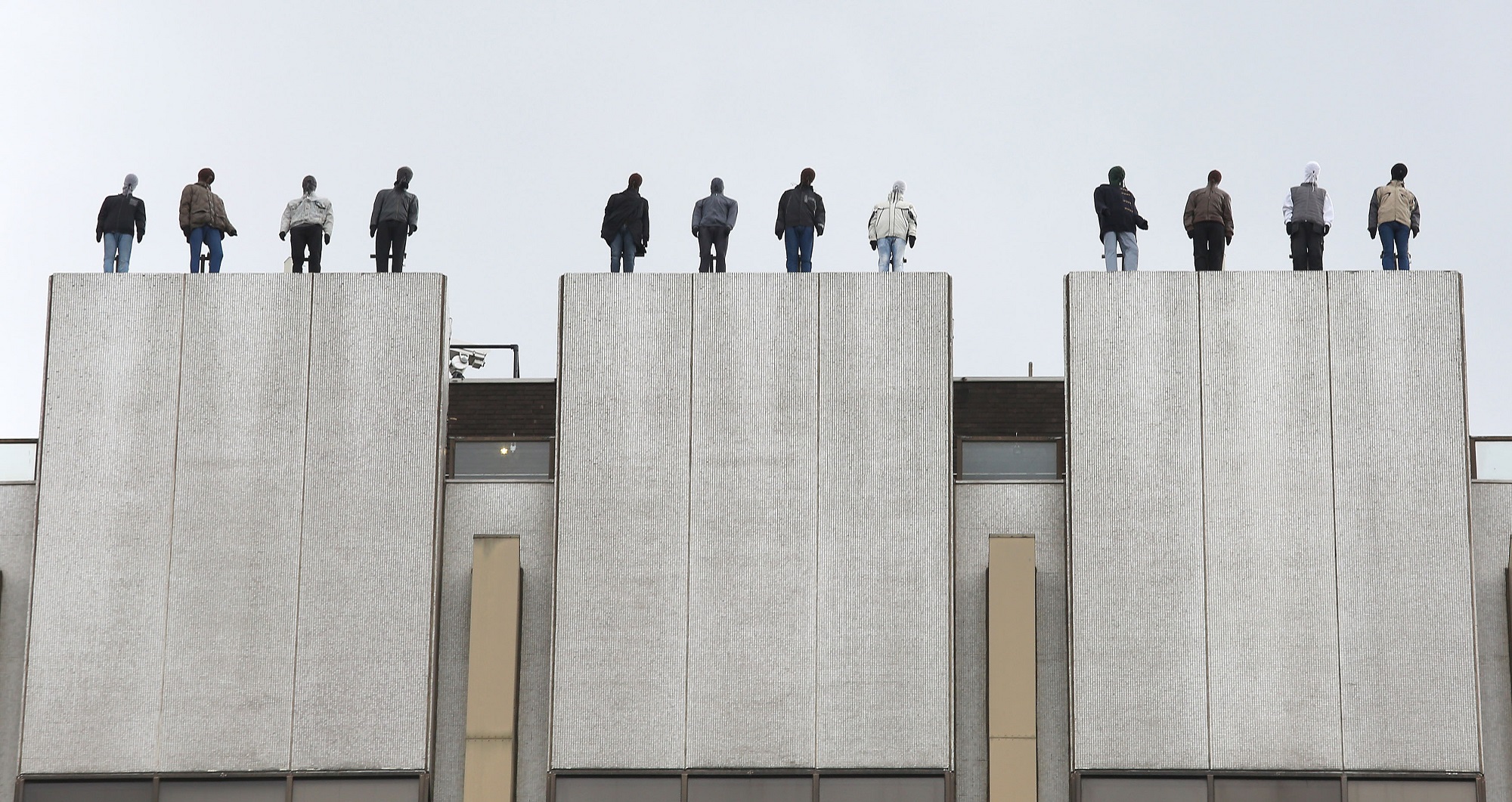 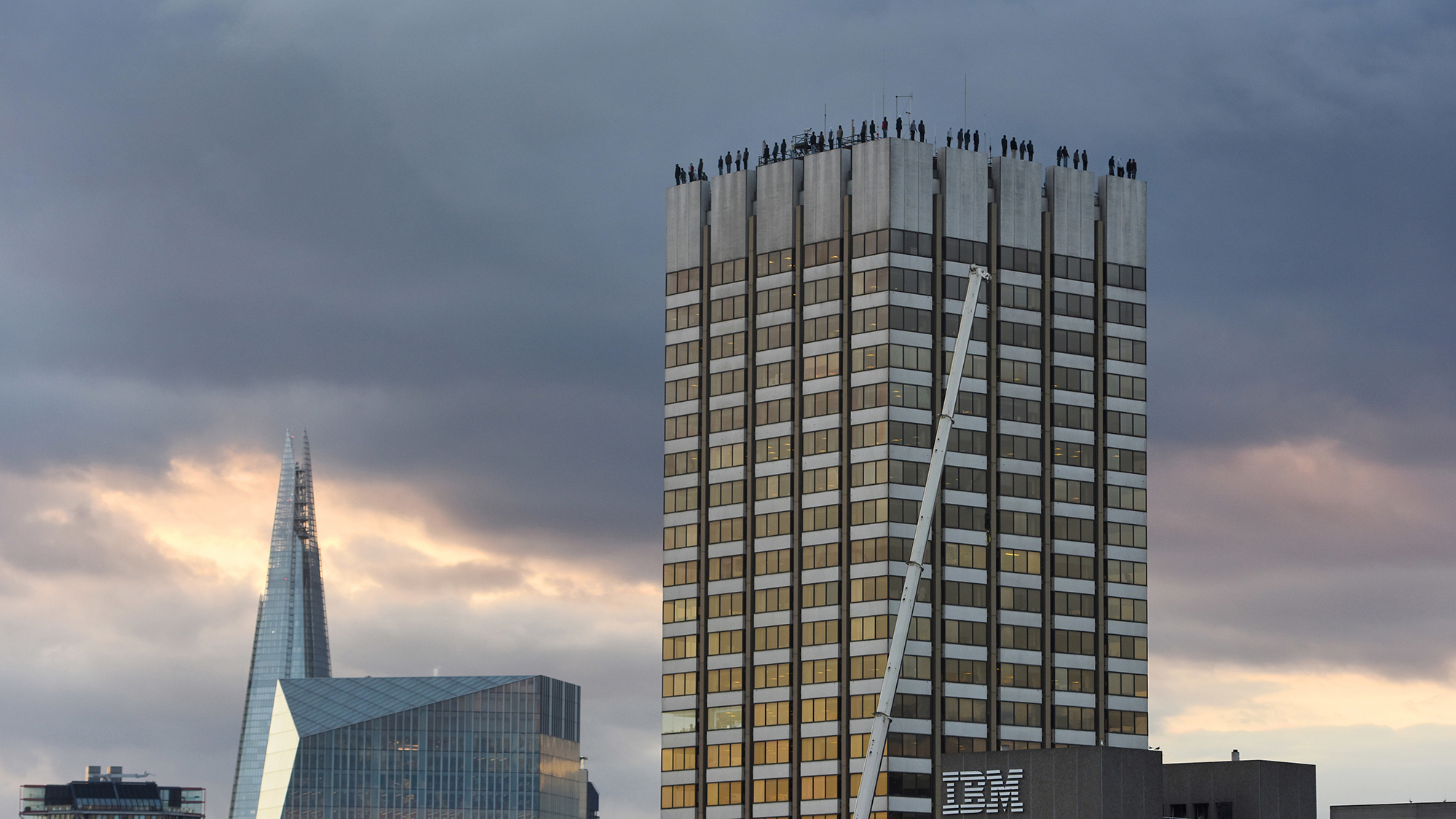 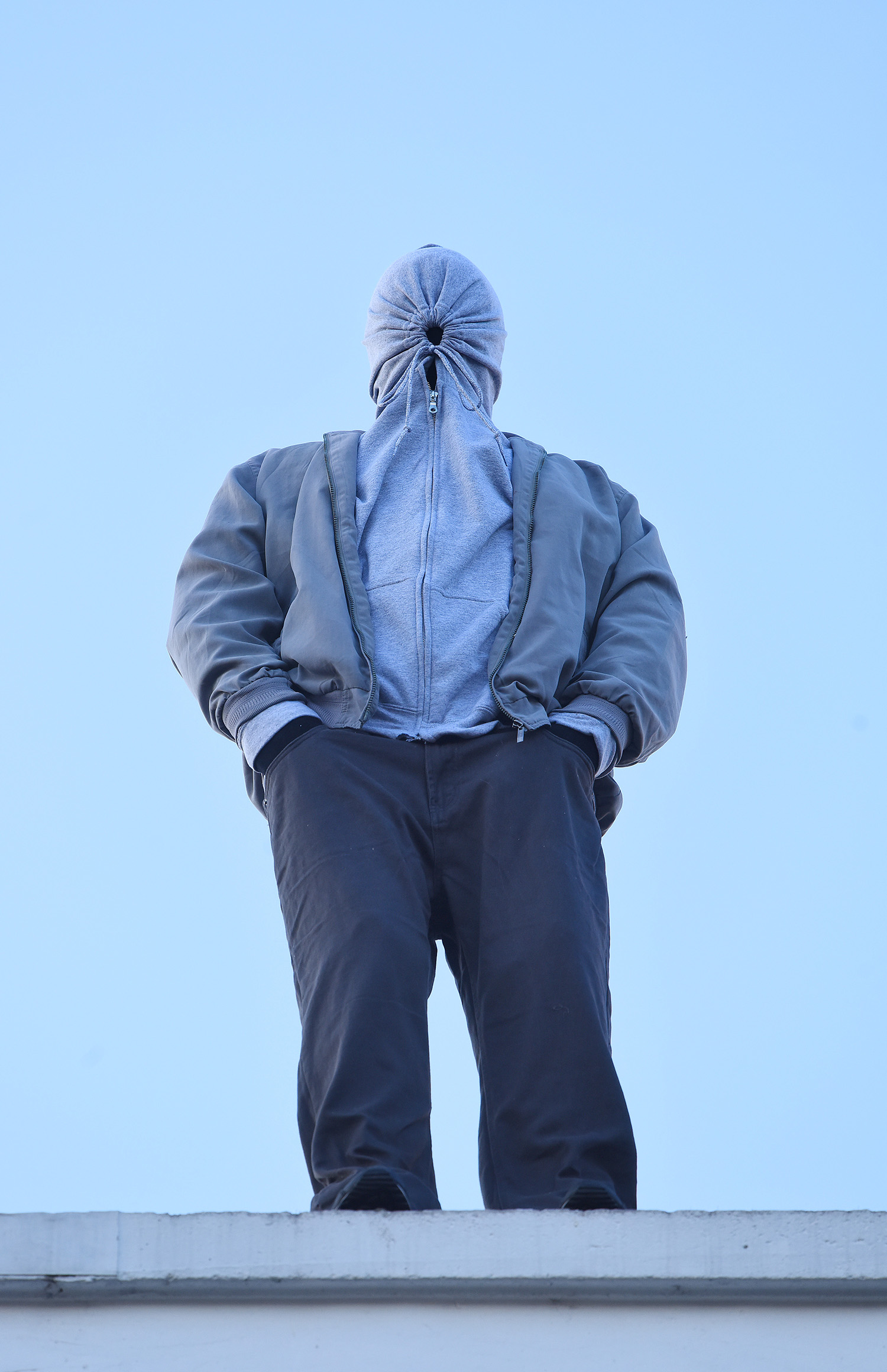 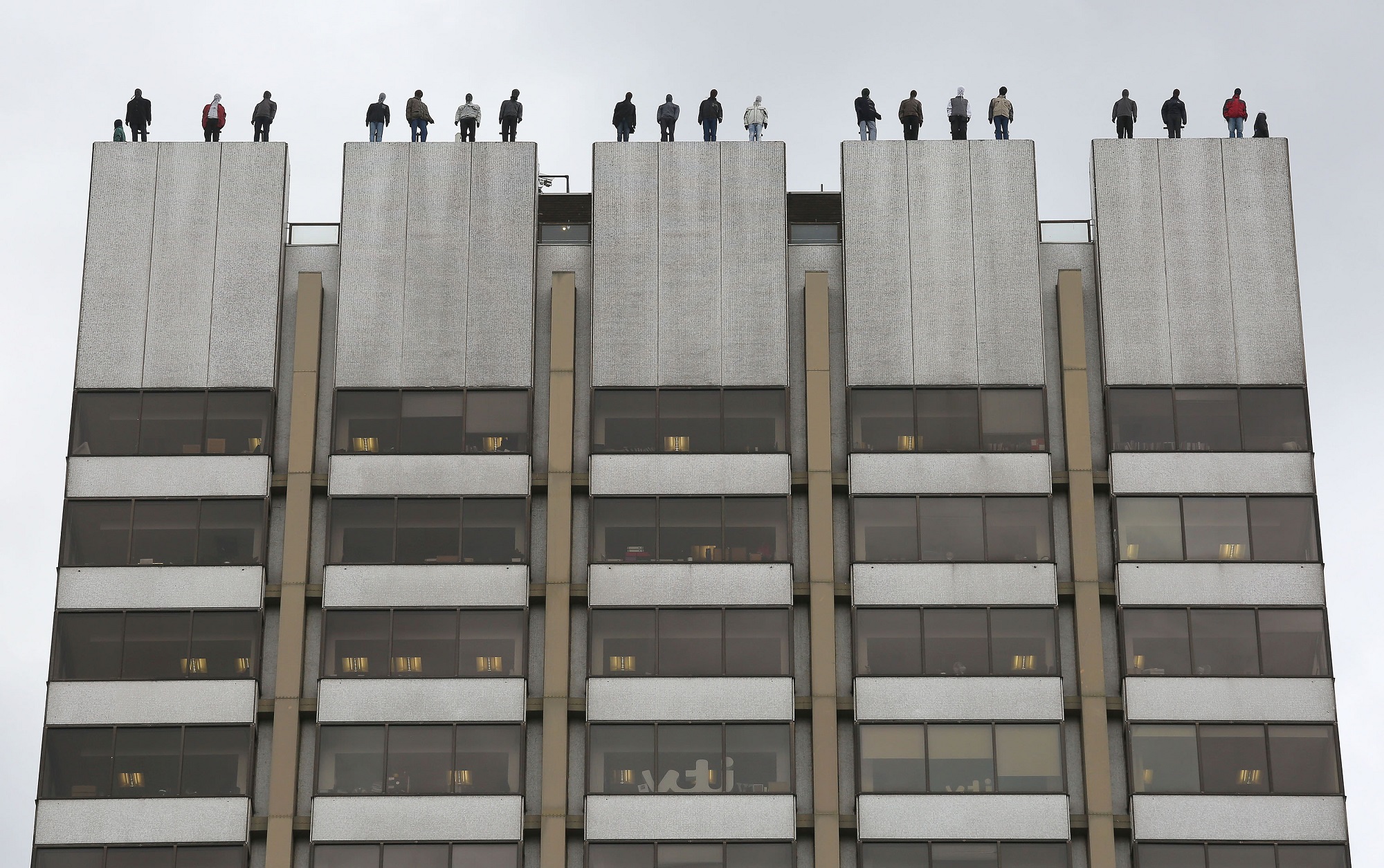 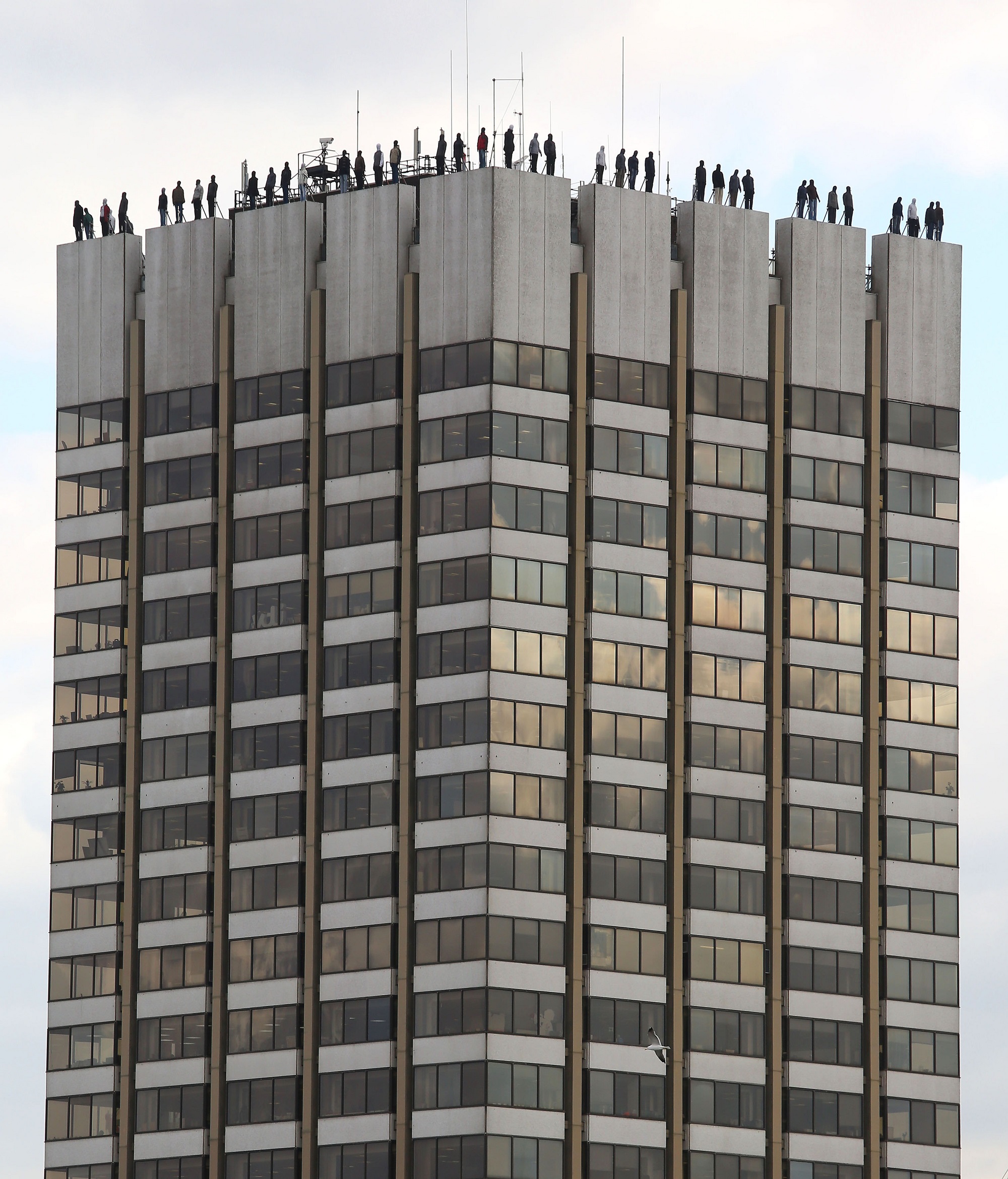 Monday will start a new week of Art is Resistance, the charity project curated by Collater.al, with a new artist, a new artwork and a live performance on Instagram.
After the illustrators Ale Giorgini, Osvaldo Casanova, Fernando Cobelo, Gianluca Folì, Johnny Cobalto, Francesco Poroli, the artist who will perform live and put his work up for auction is Mauro Gatti.

In the last few weeks many artists have taken turns on our and your screens, all belonging to a different world, but all with the same goal: to help the Lombardy region to cope with the health emergency caused by Covid-19.

While you’re waiting for the live broadcast with Mauro Gatti, who will connect from Los Angeles where he lives and works, take a tour of all the active auctions, including that of the designer Erasmo Ciufo who closed last week’s Art is Resistance.

Originally from Italy, I Live in LA where everyone surfs except me.
I have 15+ years award-winning creative career (including a 2017 Emmy Award for Best Interactive) and I love ideas, innovation, pizza and dogs.
I love to make people happy with my art across all kinds of projects, from illustration to creative direction, children’s books and game design.
In 2018 I created The Happy Broadcast, a counter hate and fear culture project where I feature positive news from around the world.
A visual antidote to the doom and gloom we see and hear in the media.

On Monday 13th, Mauro Gatti will be live on our Instagram profile and on his staff and will work on an ad-hoc illustration that, as soon as finished, will be auctioned on 32actions where he will stay for a month.

After yesterday’s live show with illustrator Mauro Gatti, the second artist to take part in Art is Resistance is Marco Mazzoni.

Like all the artists involved in the charity project that we have been curating for three weeks now, Marco has decided to make available to the Lombardy region one of his artworks created ad hoc for this occasion.
At the end of the month, in fact, all proceeds from the auctions you are participating in will be donated to the region to help doctors and nurses to work safely despite the health emergency that sees them on the front line.

Tomorrow at 15:00 we will upload Marco’s artwork on 32auctions but also the making-of of the work on our Instagram profile.
While you’re waiting, take a tour HERE and participate in the auctions already underway by the end of April!

Marco Mazzoni was born in 1982 in Tortona but lives and works in Bergamo.
In 2007 he graduated in painting at the Brera Academy of Art (Milan).
Working exclusively with coloured pencils, he often represents the flora, fauna and feminine mysticism of Sardinia in the 16th-18th centuries.
His illustrations have appeared in books, newspapers and magazines such as The New Yorker, Juxtapoz Magazine, Hi Fructose Magazine, Les Arts Dessinés, Arte Mondadori.

On Tuesday 14th April you will find on Collater.al’s channel the video of the making-of of the unpublished work that will be auctioned on 32actions where it will remain until the end of April.

Colorful, dynamic and daring. These are the illustrations of Petra Eriksson, a young illustrator of Swedish origin who now lives and works in Barcelona. This is not the first time we talk about the work of this young artist, about two years ago we focused on the beautiful portraits that led her to edit the illustrations for the book Bygone Badass Broads: 52 Forgotten Women. Today we come back to talk about her because in these years Petra Eriksson’s portfolio has continued to grow, starting to give space to other subjects as well.

Thus, the production of portraits is interspersed with two other subjects that have become more and more present, landscapes and food.

Always characterized by safe and bold use of color and full backgrounds, Petra Eriksson’s work fascinates her 80,000 followers every day on Instagram, but that’s not all. In fact, Petra Eriksson’s style has led her to collaborate with clients such as The New Yorker, The Guardian, and The Sunday Telegraph.

Below you can find a selection of her work and find out more go on Petra Eriksson’s website and Instagram profile.

The colorful and dynamic illustrations by Petra Eriksson

We are going through a difficult, hard time, we have said it many times, but hopefully, as soon as we get out of it.
The creativity of artists, however, has not remained in quarantine, quite the contrary. Pejac, street artist that over the years we have come to know, continues to amaze us even from his studio in the center of Madrid with his latest work entitled “It can’t rain all the time“, a quote from the famous movie “The Raven“, perfect for the period we are all going through.

The world-famous Barcelona-born artist replicates great classical masterpieces in a modern key, but not only that, his minimalist art varies from miniature drawings to striking site-specific interventions.
Pejac skillfully embellishes public spaces, but with his works, he wants to provide careful reflections on current themes, such as social and environmental issues.

This time, however, he had to adapt to the decrees in force, not being able to beautify public spaces, he transformed his window into an artwork inspired by the famous “Golconda” by Magritte.
The acrylic figures, painted directly on the windows of his studio, seem to rain from the sky for an optical effect, protected by vintage gas masks and well-spaced one from the other as required by current regulations.

Once again, Pejac surprises us, in a simple way, inviting us to unleash our imagination beyond all limits, even if our view from the home is always the same.
You try it too!

“It can’t rain all the time,” Pejac’s window