To celebrate the launch of the adidas Originals DEERUPT model, unveiled today 15 March 2018 with a big event in Paris, we decided to re-imagine some of its characteristics by focusing on two of the elements that distinguish it the most: boldness and minimalism.

For both traits we have chosen two personalities able to represent them, Manuel Zappadu aka Hell Raton, the young founder of Machete Production and Hellmuzik, and Teo Prisi aka Moneyless, street artist and graphic designer whose work aim to minimalism and geometric research.

adidas Originals DEERUPT, characterized by a net structure that envelopes the shoe, finds its present in the brand’s archive, in iconic models such as adidas Marathon and adidas New York, and uses the Solar Bird colorway, a combination of Solar Red and Bluebird, to emphasize the strong visual identity of the new model. 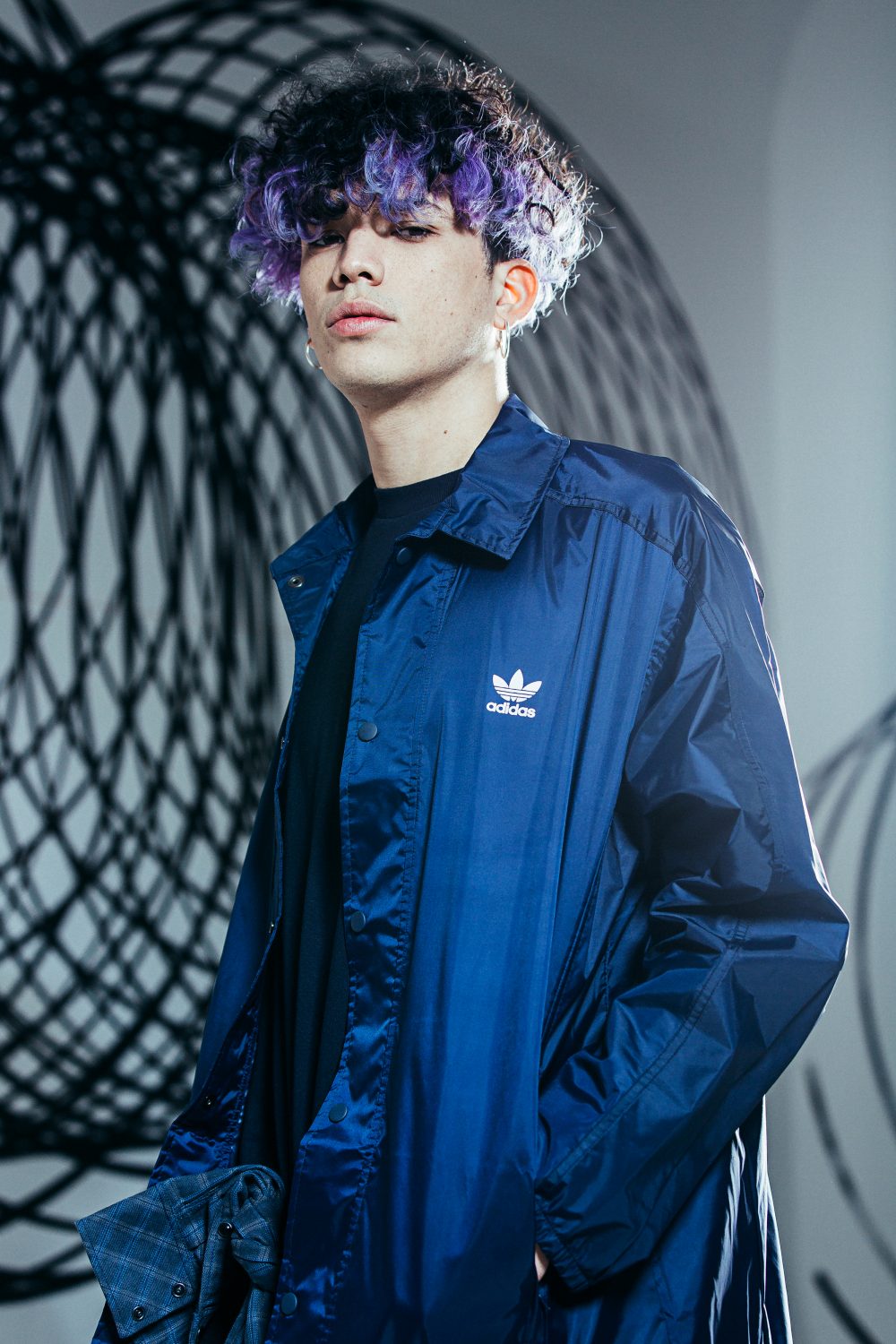 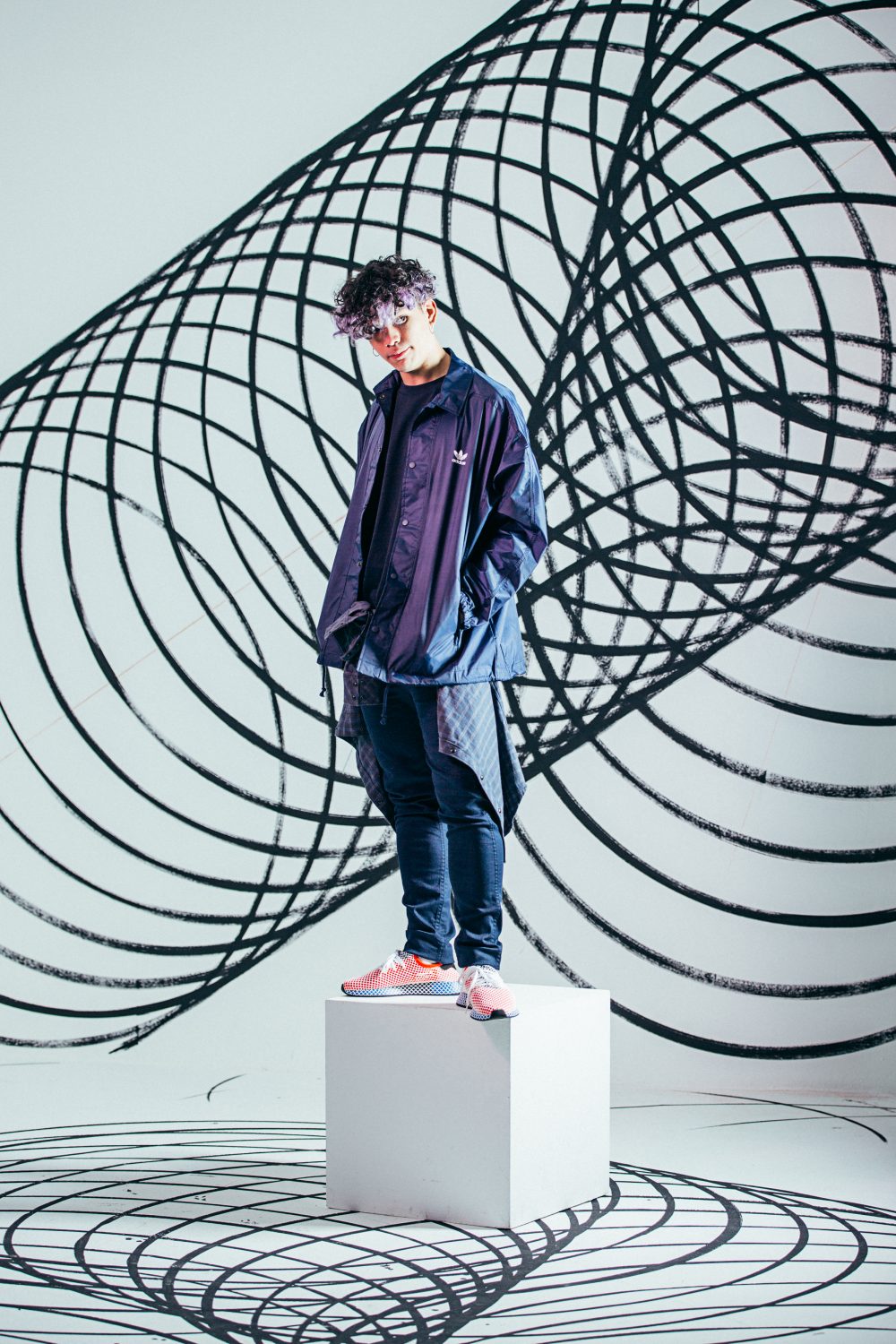 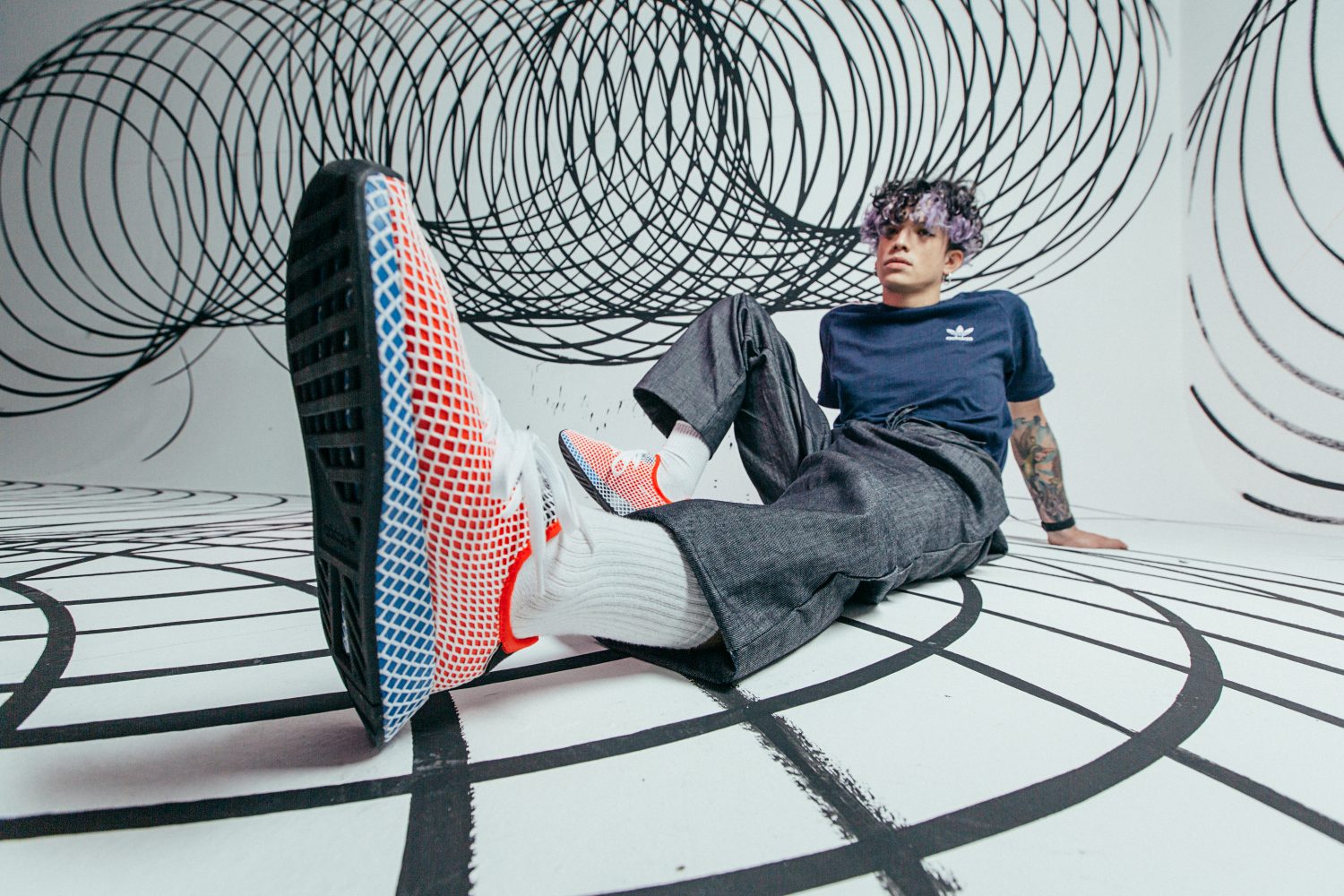 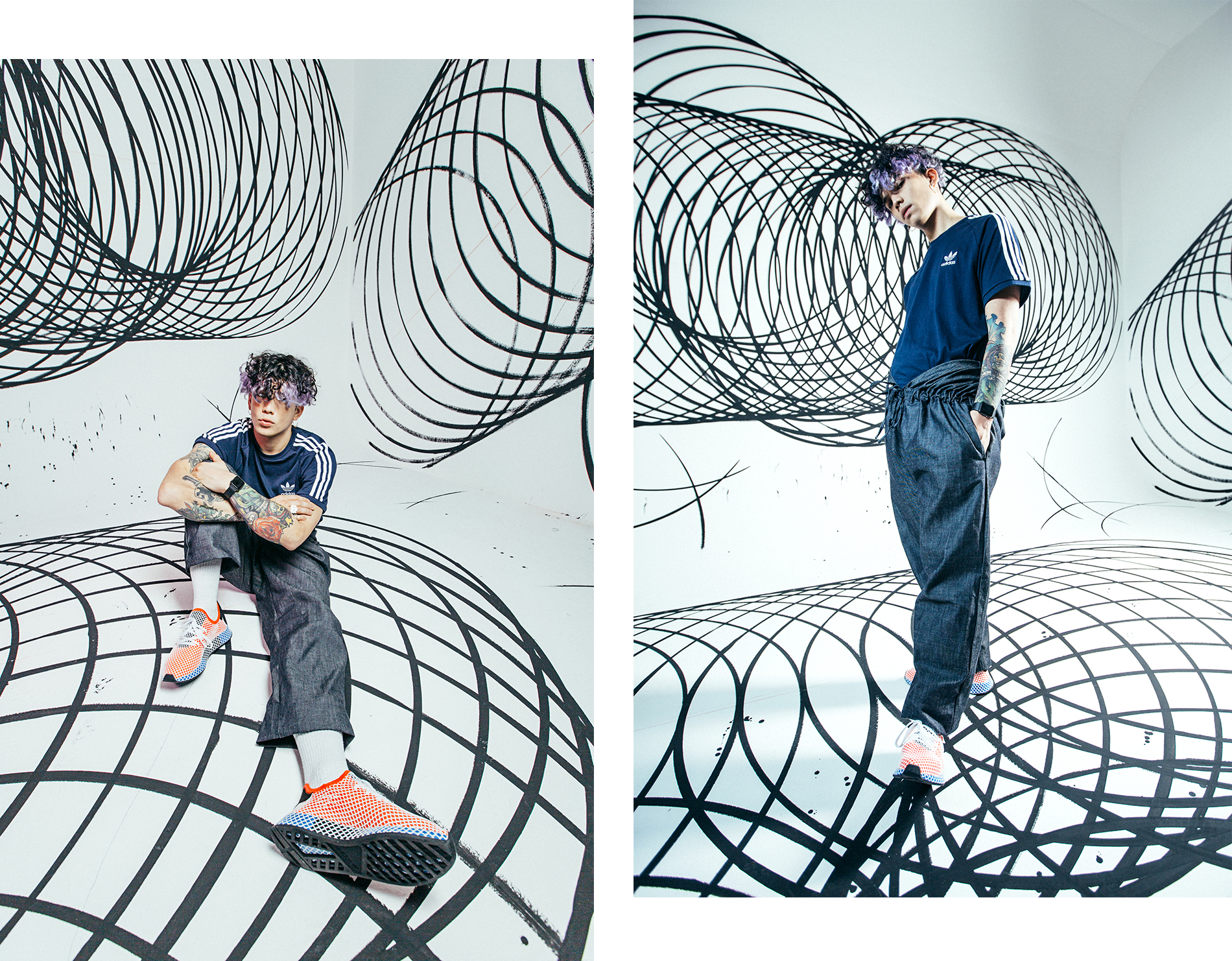 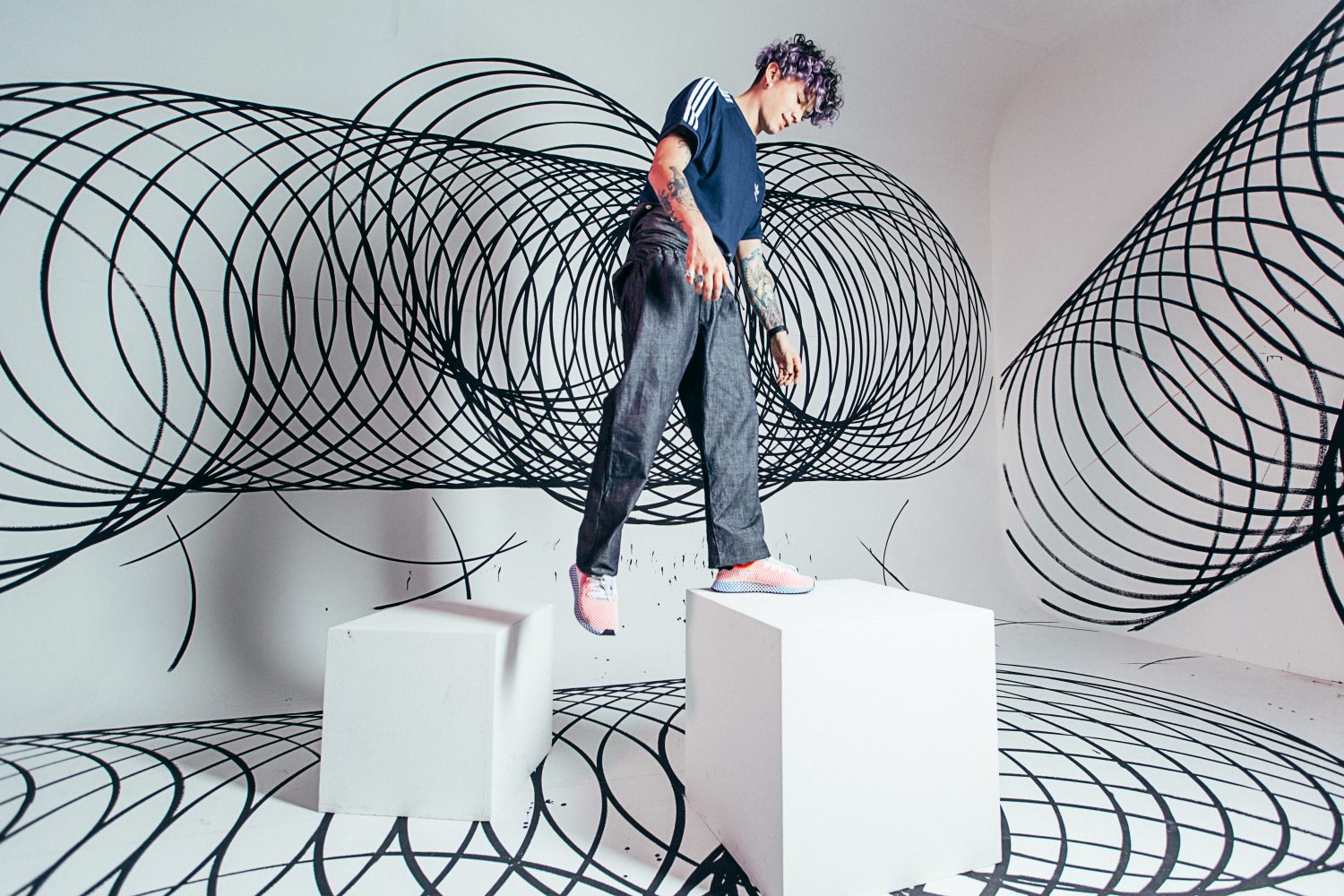 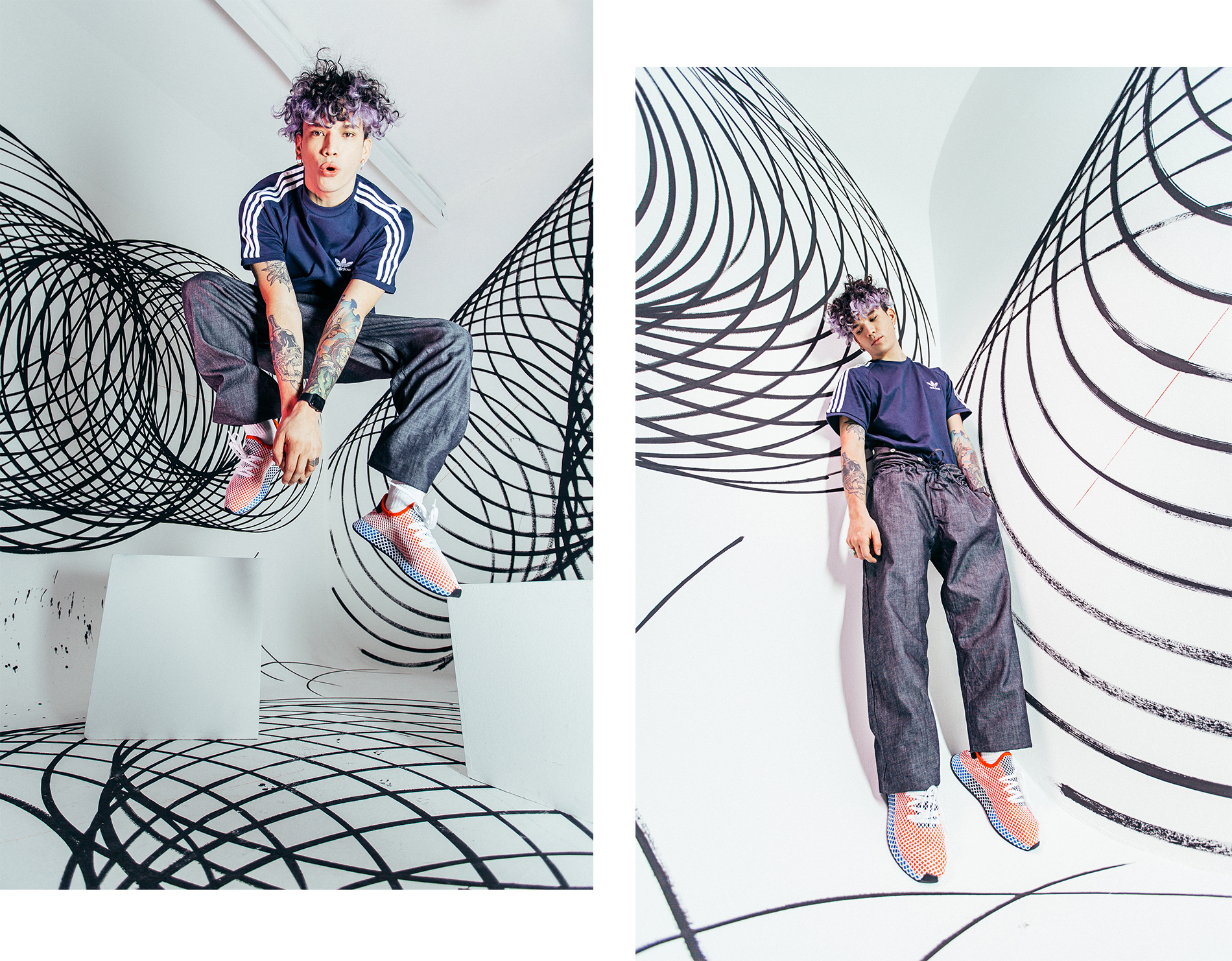 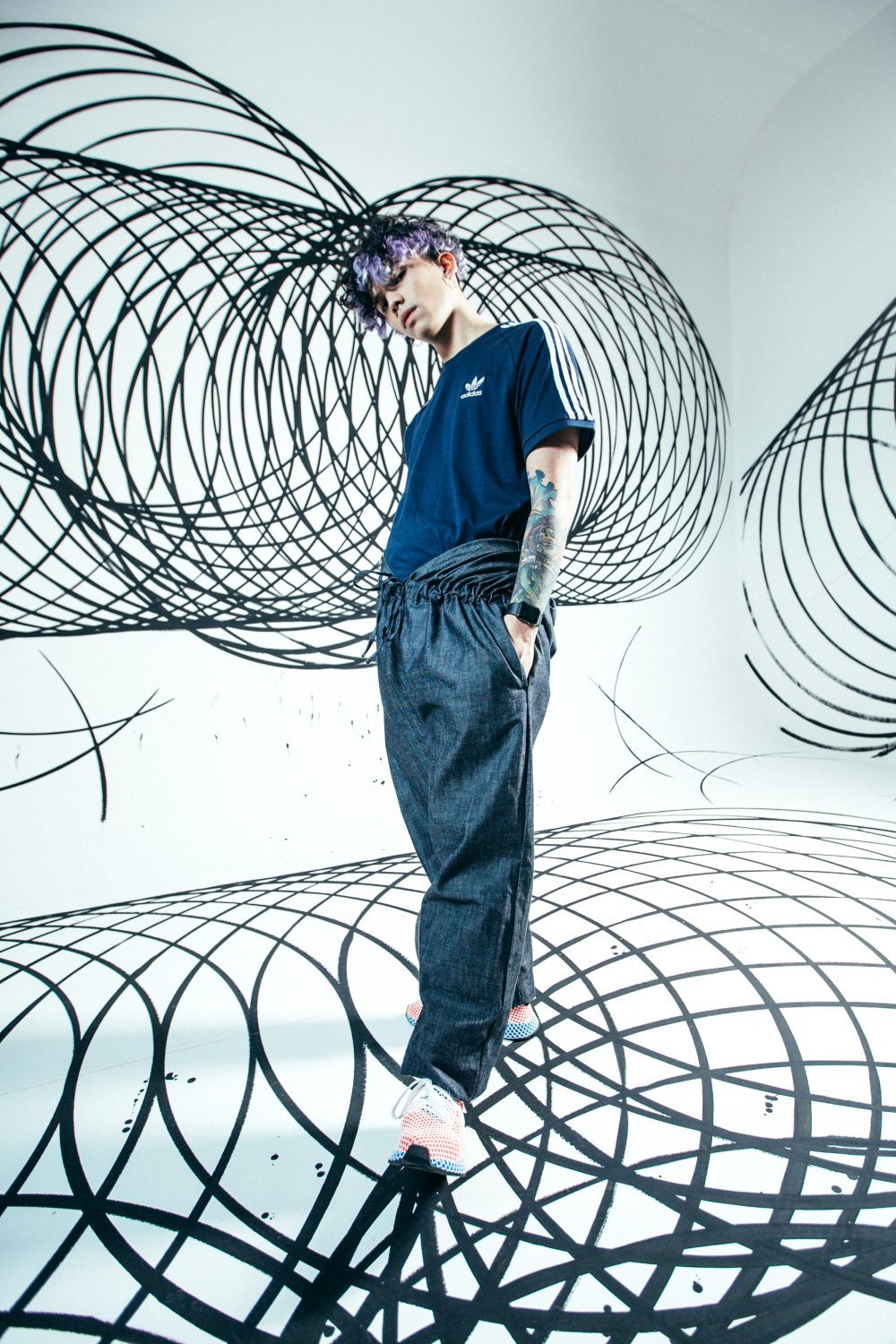 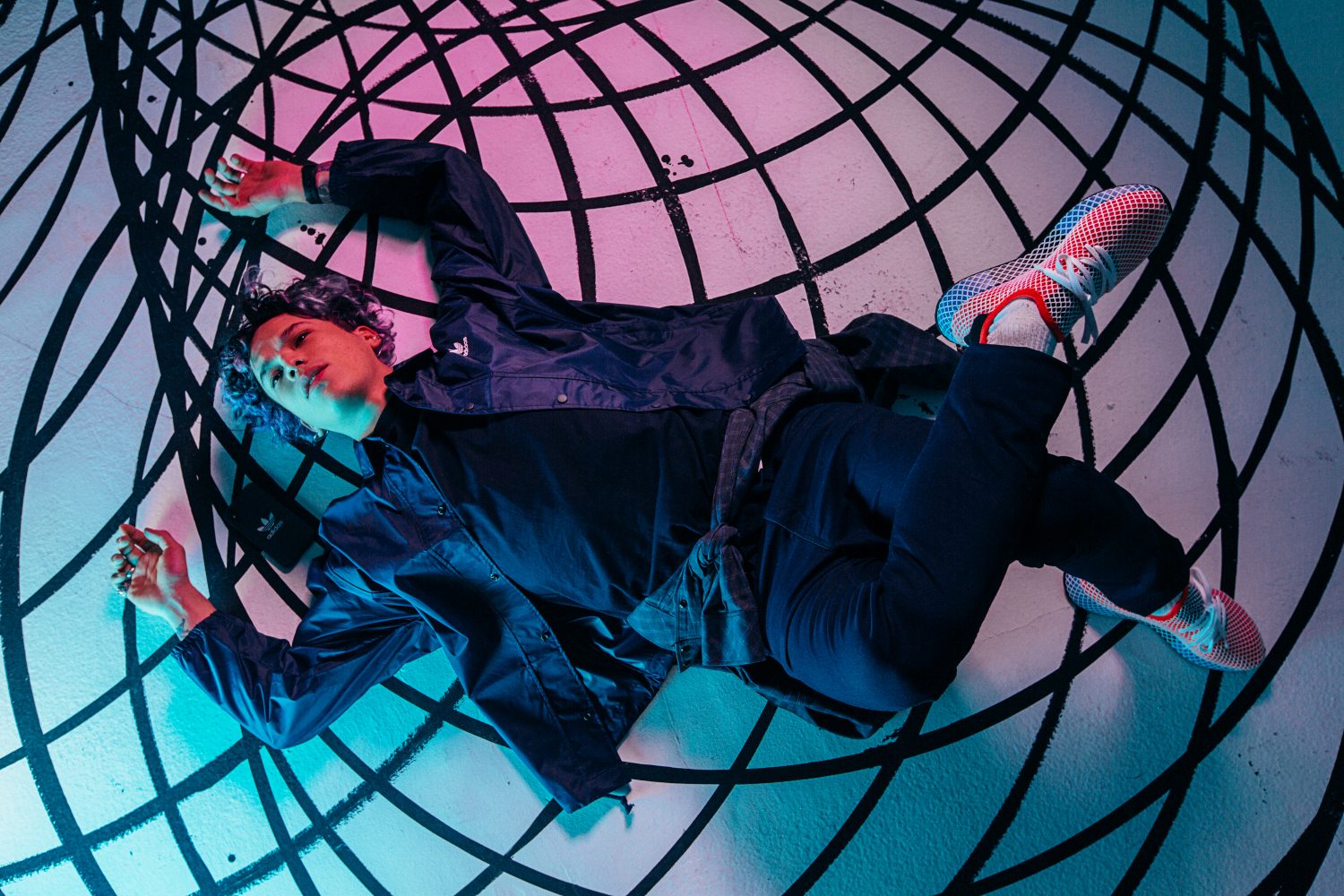 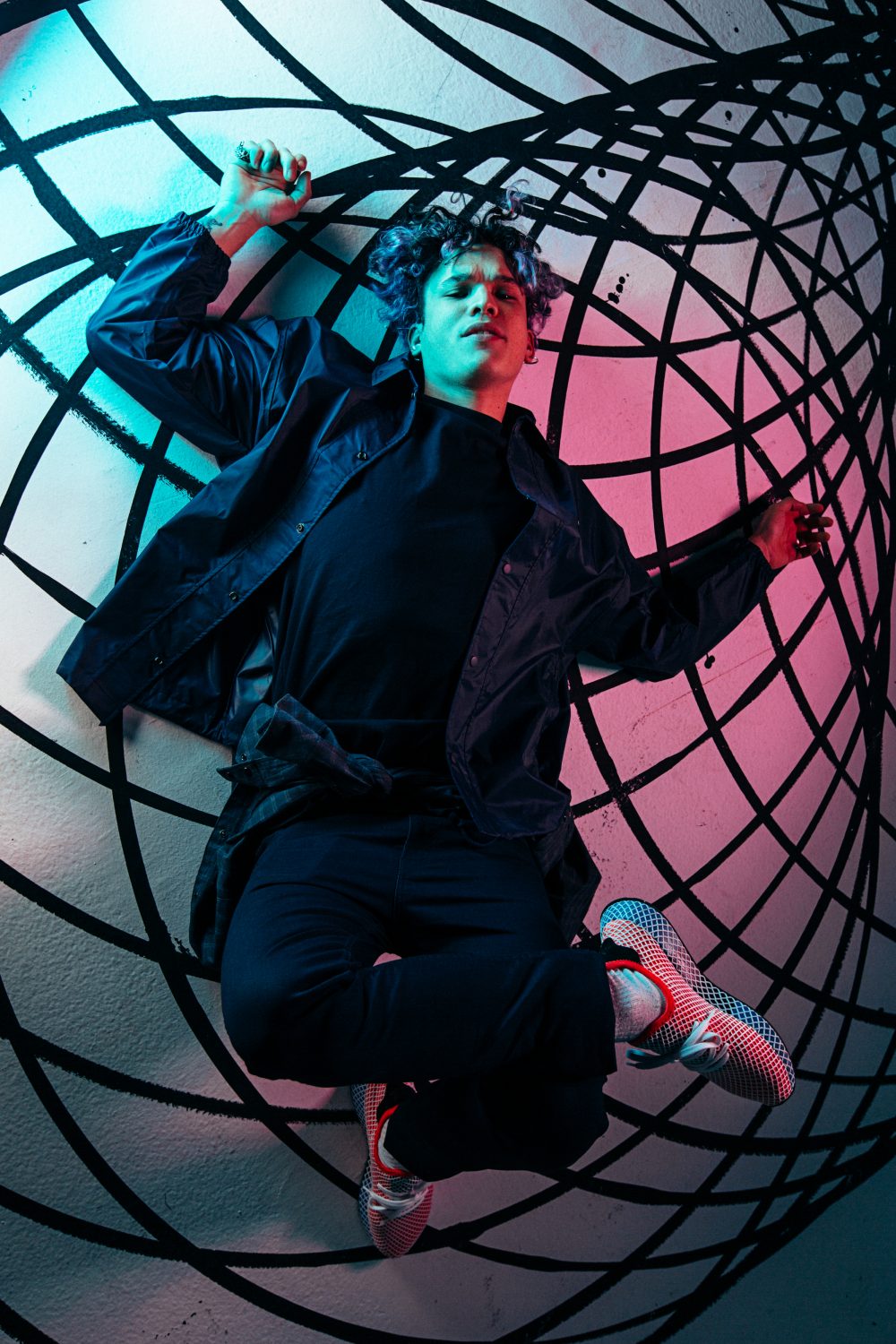 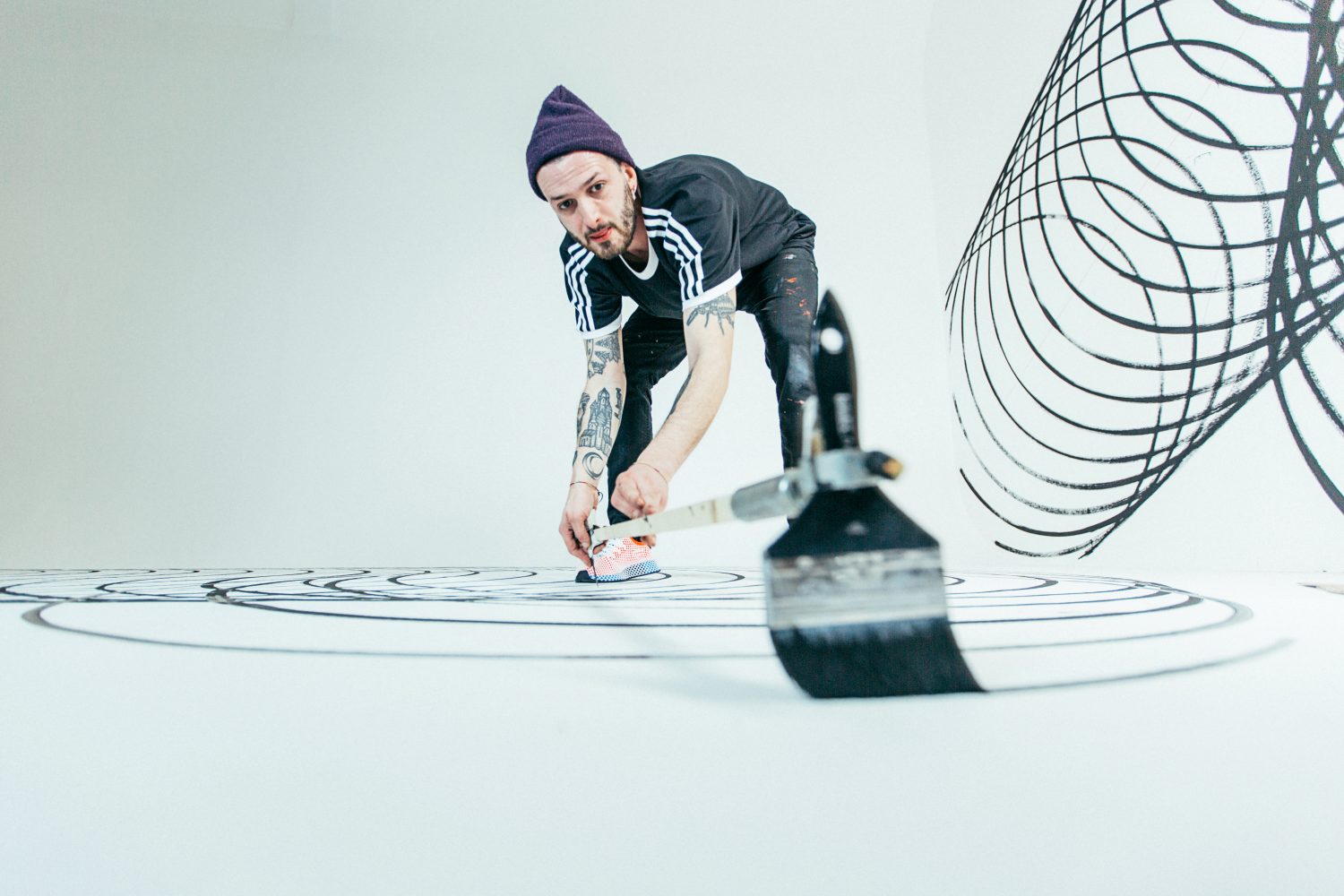 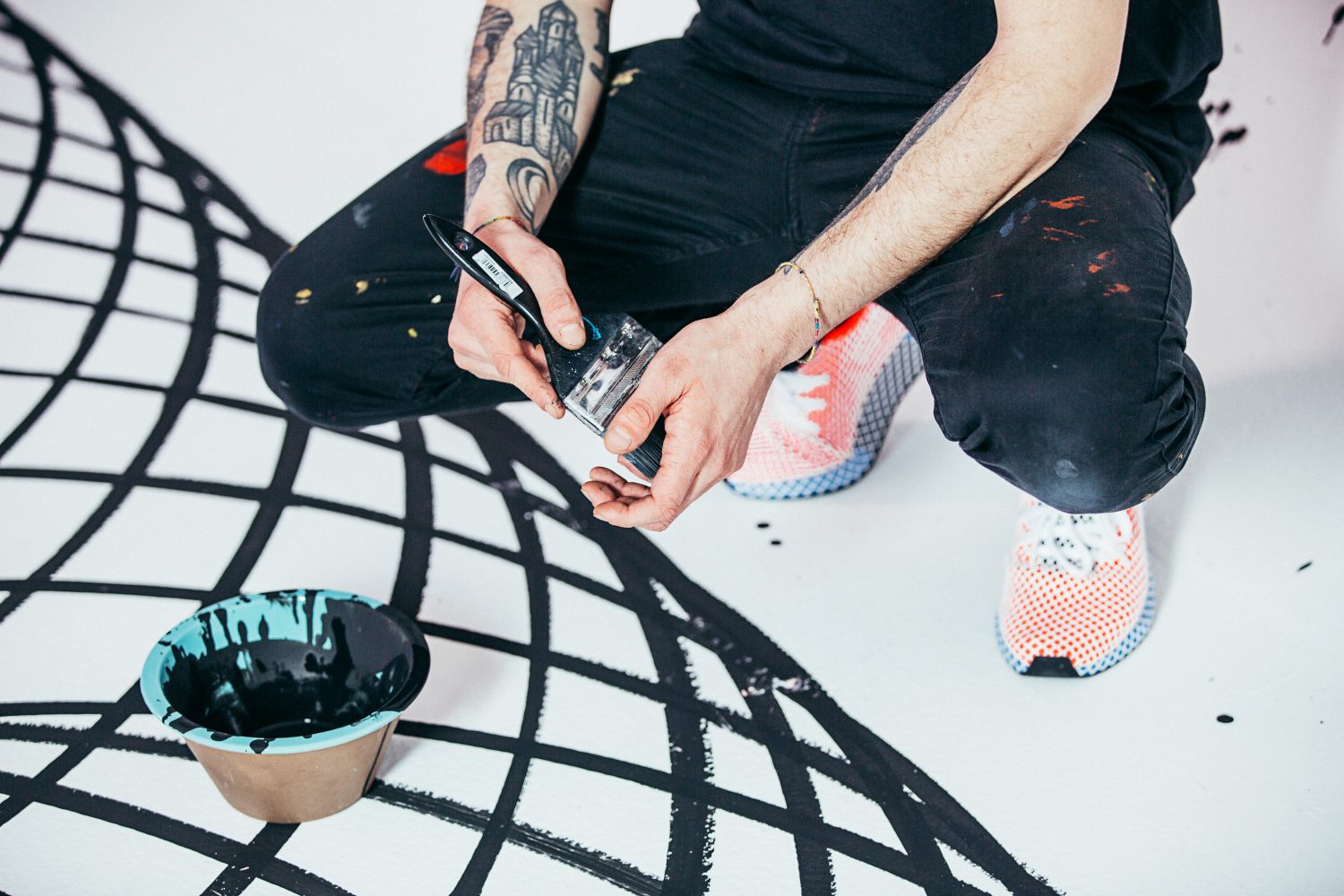 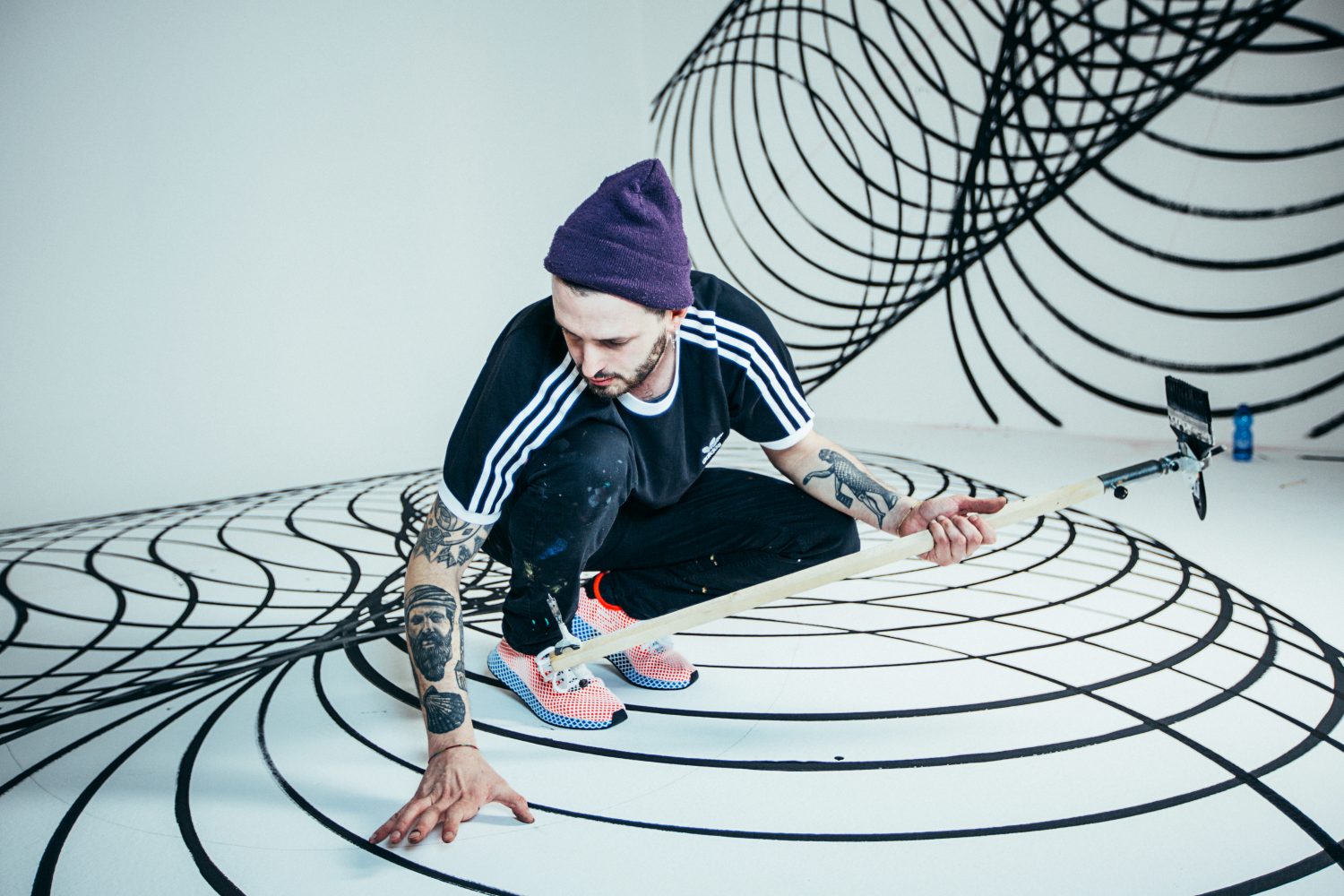 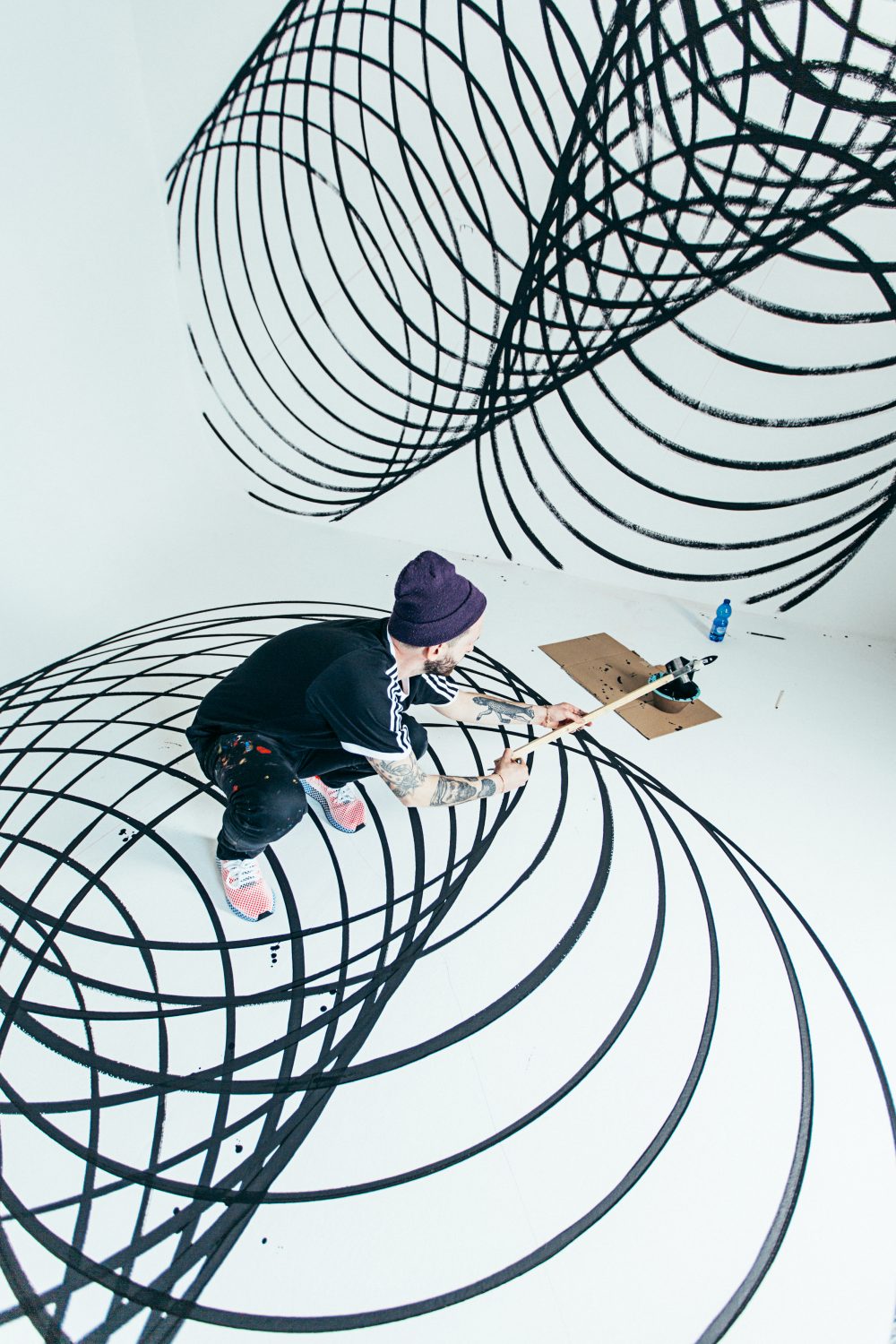 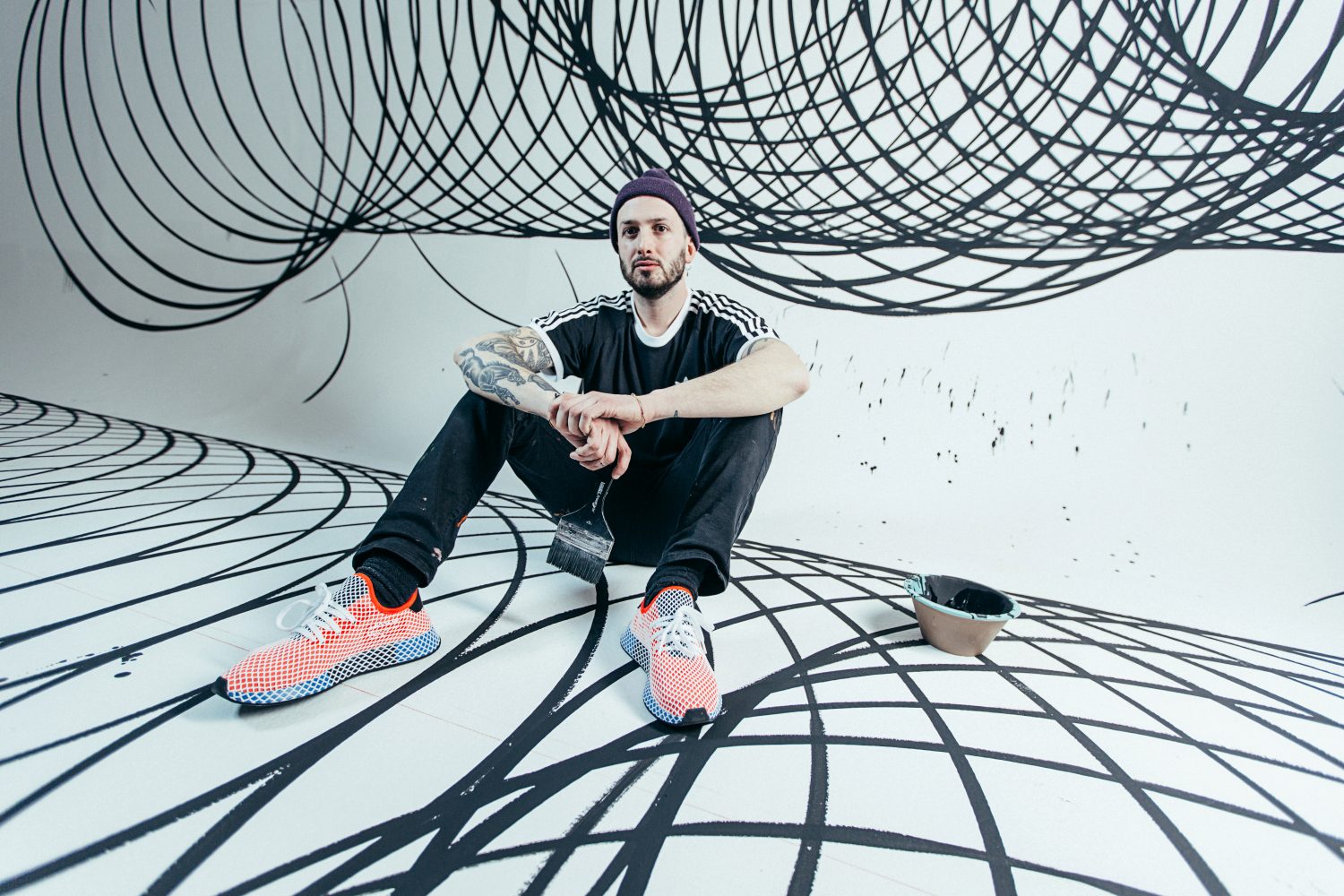 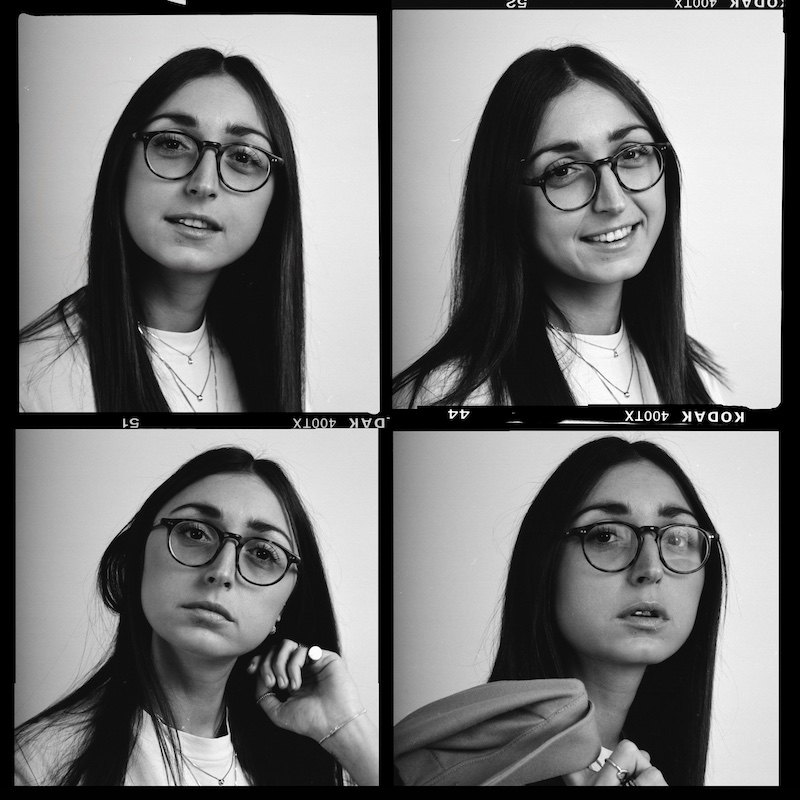