Eutierria means to become one with nature and this is exactly what happens in the series of homonymous images made by the photographer and art-director Dutch-Croatian Sanja Marusic. The artist, born in 1991, loves to experiment with the thousand potentialities of color in combination with the harmony of the human body and, more generally, we can define her approach to visual culture as extremely versatile.

Her scenes are dreamlike, psychedelic but at the same time alienating, able to play with our subconscious. For the realization of the project, Sanja placed her models “assembling” them in combination with the surrounding environment: some images were taken on the site with the help of professional artists, others were manipulated in post-production. The result is a series of photographs with an alien mood.

Recently the artist decided to strengthen her aesthetic research through the medium of video, collaborating with several musicians. 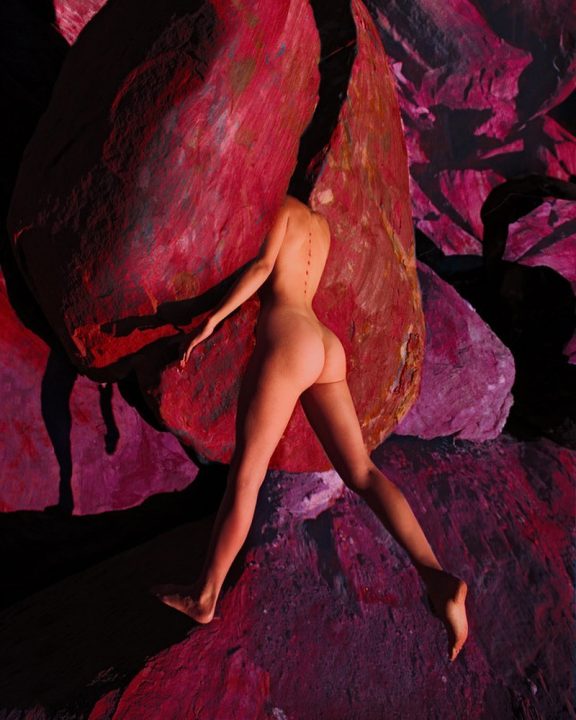 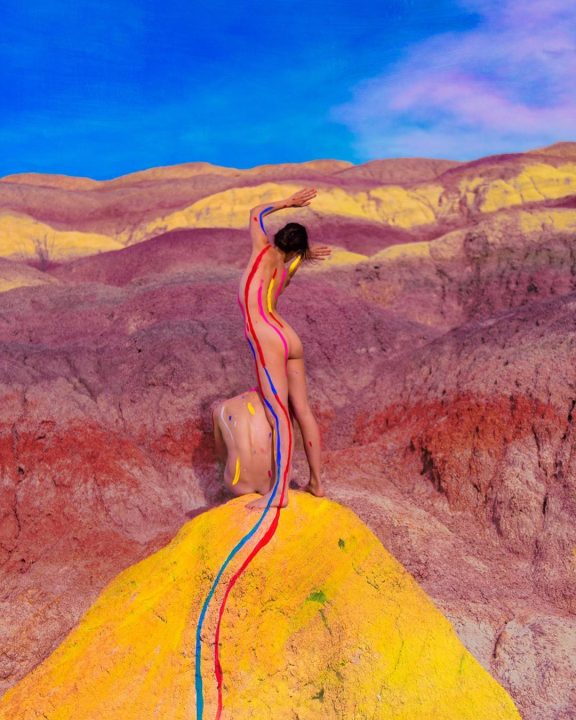 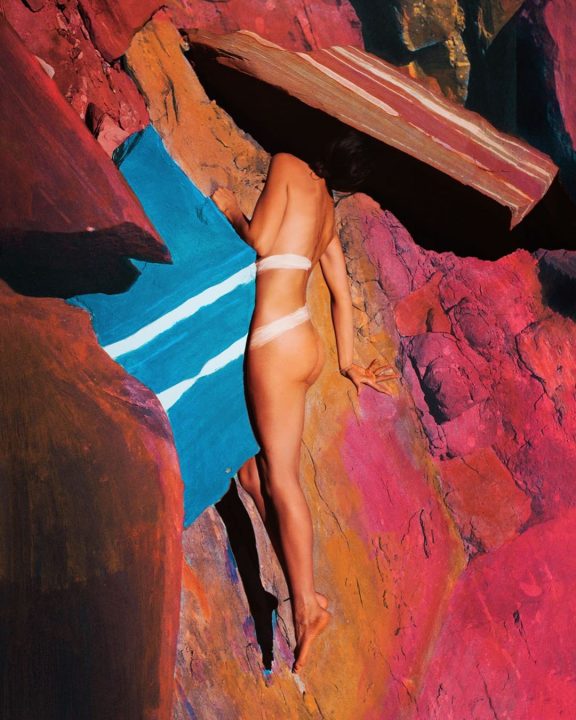 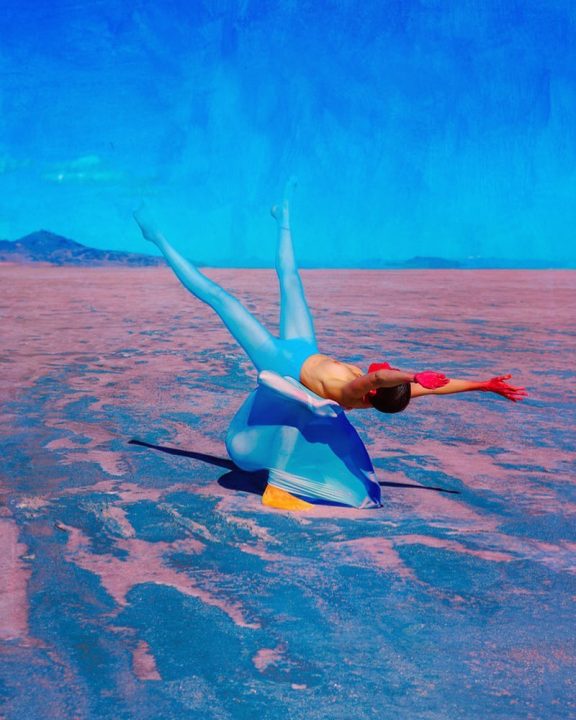 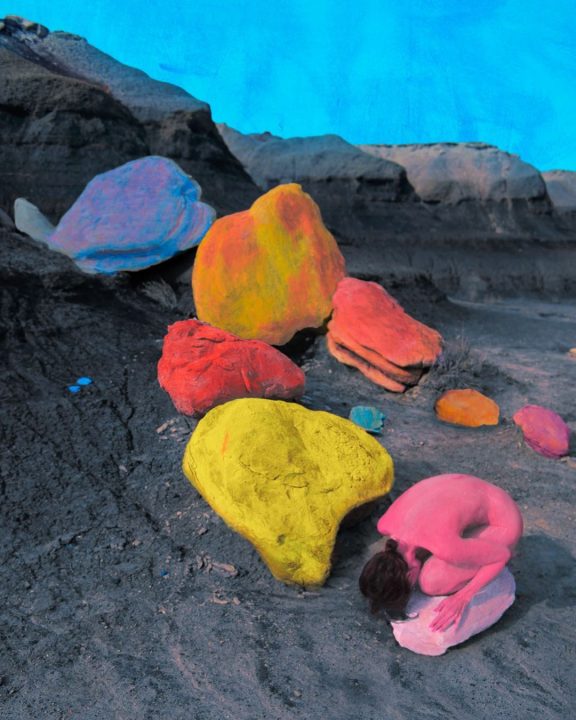 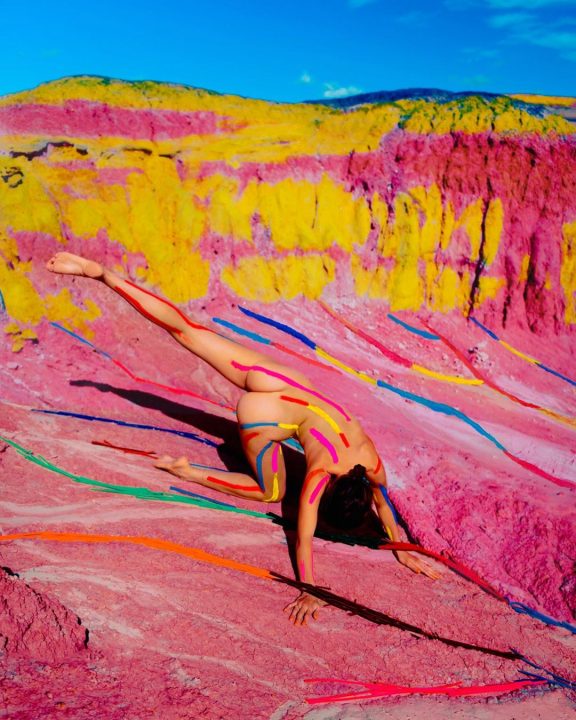 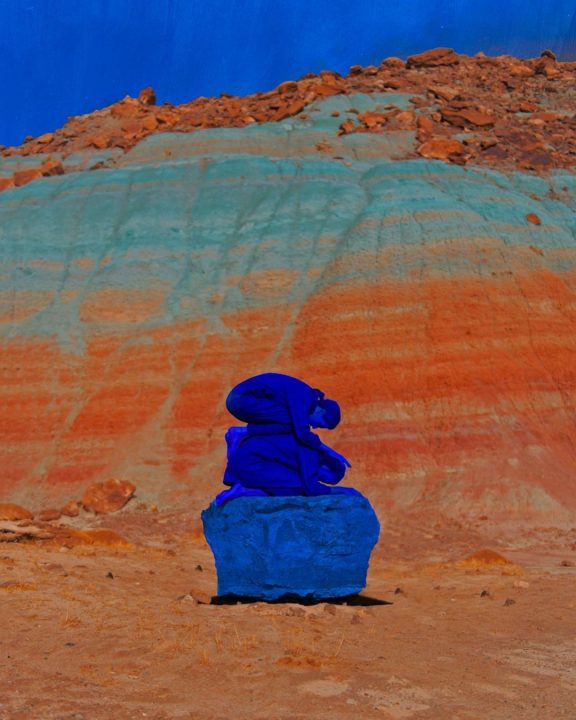 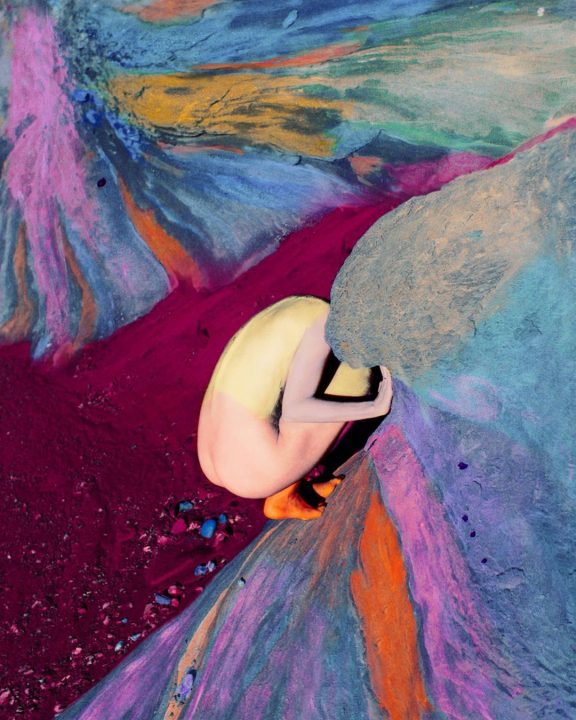 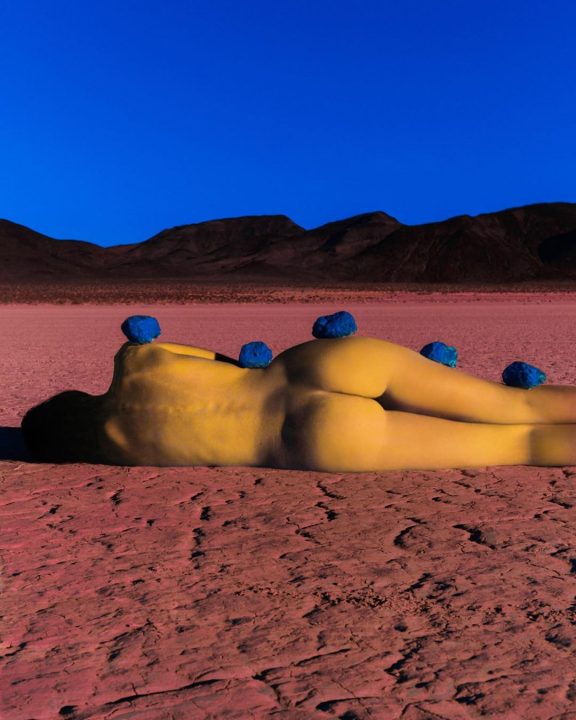 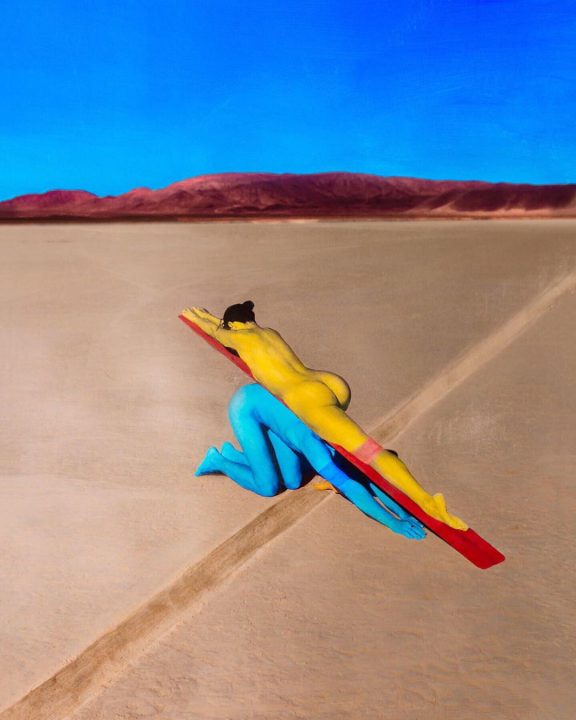 UPDATE 12 DECEMBER
Habemus data! Warner Bros. has finally announced the release date of Matrix 4: May 21st, 2021!
It seems that May 21st, 2021, will be the day of Keanu Reeves, who in addition to being released in cinemas as Neo, will return in the role of John Wick in the fourth chapter of the saga.

After a wait that lasted just under twenty years, Warner Bros finally confirmed it: Matrix 4 getting made and shooting should start by 2020.

Writing and directing the 4th chapter of the science fiction series will be Lana Wachowski in collaboration with Aleksander Hemon and David Mitchell, great absentee Lilly Wachowski who will not work alongside her sister as it was for the first three episodes, released at the cinema between 1999 and 2003, and for the series Sense8.

The film will still feature Neo and Trinity, inevitably played by Keanu Reeves and Carrie-Anne Moss, while Laurence Fishburne’s involvement as Morpheus, the saga’s third cornerstone, is still uncertain.
At the moment no relevant information has yet been leaked on the plot, the setting and the link with the first three films but the fans’ expectation is really .
The news about the new episode has, in fact, divided public opinion between those who couldn’t wait any longer and those who think that the end of the third episode did not leave room for new beginnings.

While we wait for new information we suggest you to start to review, in America, on the occasion of the anniversary of the release of the first chapter “The Matrix” you can do it at the cinema, in Italy no circuit has joined the event but nothing prevents you from doing the same by yourself.

The German creative and advertising agency LEO’S THJNK TANK produced The Gift, a McDonald’s commercial for the Christmas holidays. Like every year, the famous American fast food presents its usual Christmas spot.

On December 3rd their last adv was published, a short film of almost two minutes very moving and in which the message that the best Christmas gift is “to be there for others” is transmitted. In fact, the story told within The Gift is that of a family that is heading quickly from McDonald’s to the train track and the little girl, while she is reaching with her mother and father the wagon, notices a lady all alone playing her guitar. When they arrive right in front of the door of the car, the girl disappears, triggering panic among the parents who run to find her. We’re not going to spoil you for the finale, because it’s worth watching.

With The Gift, McDonald’s wants to remind us that there are fewer lucky people than us for whom sharing can be a very special and meaningful gesture.

Portuguese illustrator and graphic designer Claudia, born in Braga, Portugal, but who has lived in Italy for a long time, is well known in the field because she stands out thanks to her straightforward and very funny works. Known on Instagram as Shut Up Claudia, she has always dedicated herself to illustration since she was a child, transforming her passion into her full-time job.
To realize her projects she takes a lot of inspiration from artists in the field and, in particular, from Joan Cornellà and André da Loba.
In her illustrations Claudia deals with the theme of sex in an amusing and apparently very light way, trying to break down all kinds of taboos, especially for the female genre. Thanks to her works, she brings a breath of fresh air and an alternative point of view to the discussion of topics difficult to deal with on female sexuality.

The technique used by Claudia for her illustrations consists of drawing and painting by hand what she wants to represent and, later, she uses Photoshop to modify and improve it.
Her choice of colors varies, although most of the drawings are characterized by a black outline with colored details, used to give proper weight and a certain type of meaning to the entire work.
Shut Up Claudia defines her style a bit like a hybrid, a cross between naive and soft porn and thanks to her skills she has participated in several projects also collaborating with the Solo Show in Milan where she curated the exhibition participating with about 25 works. The artist also plans to work in the world of publishing so as to bring her style of illustration in the world of books and magazines. 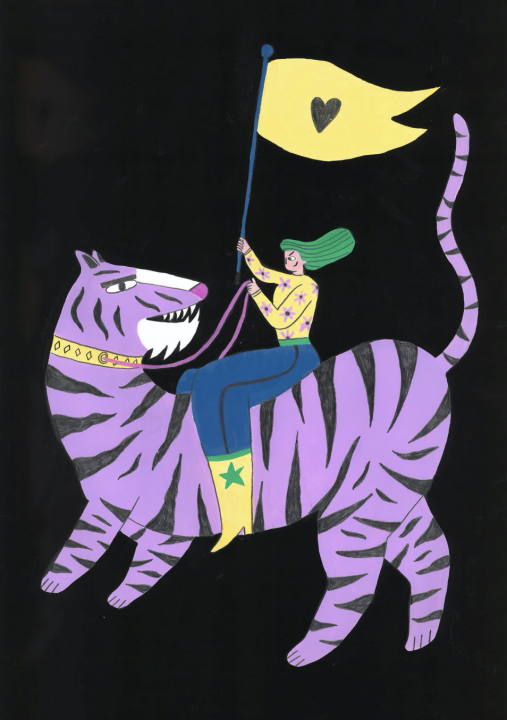 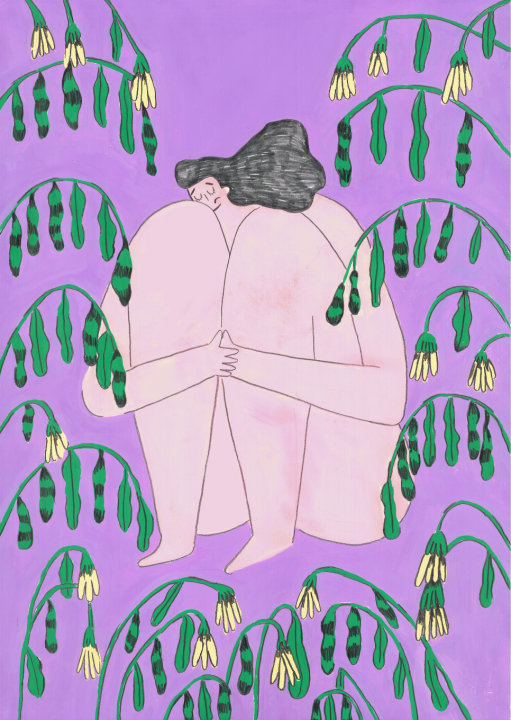 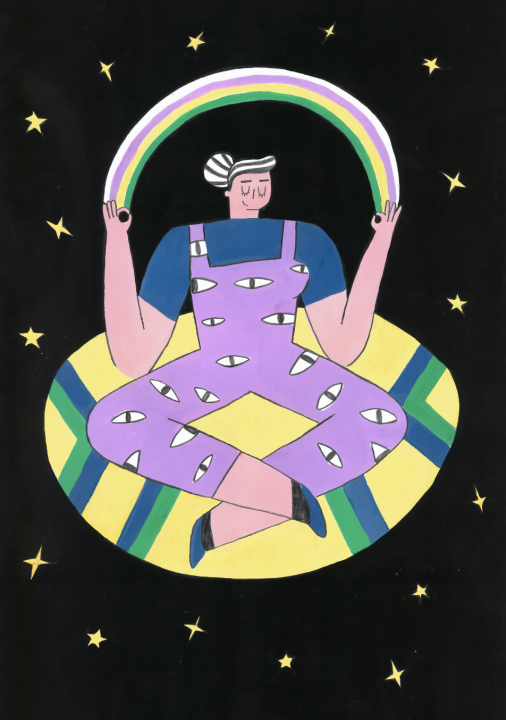 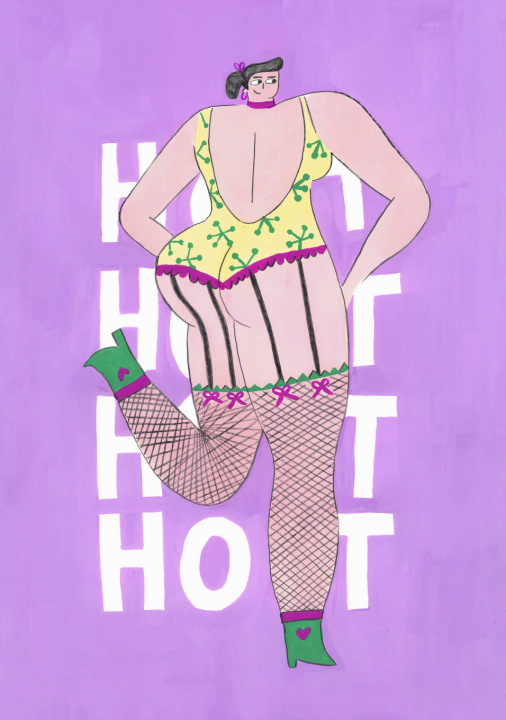 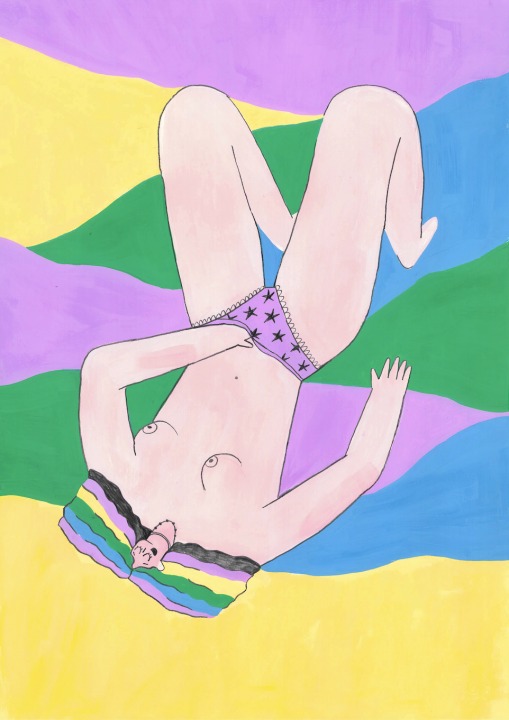 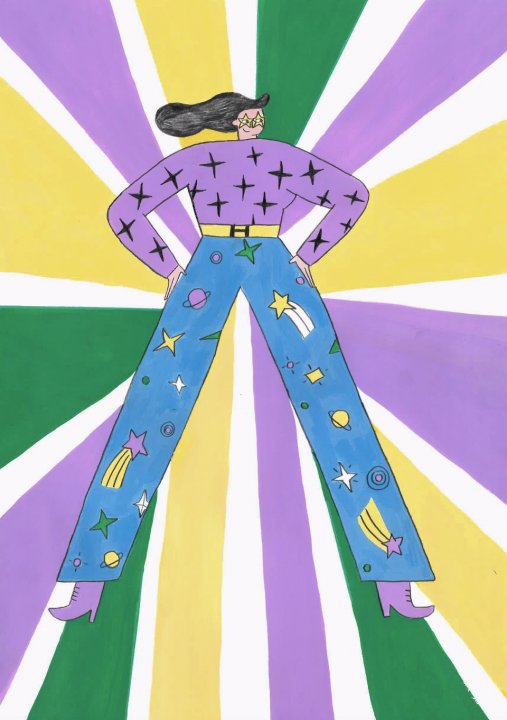 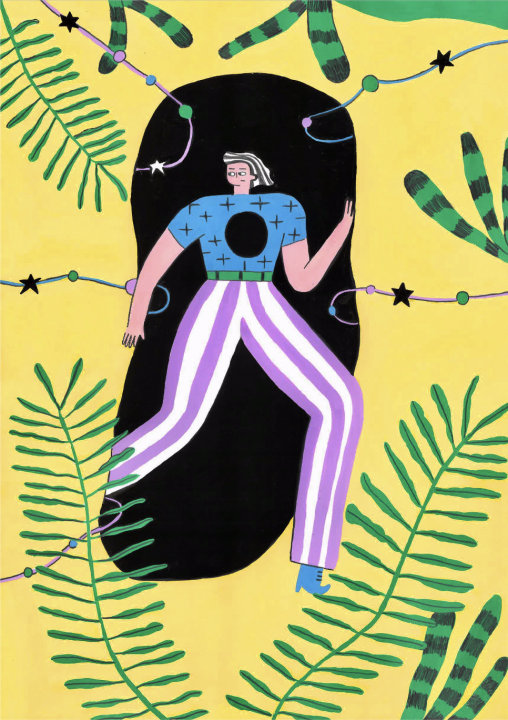 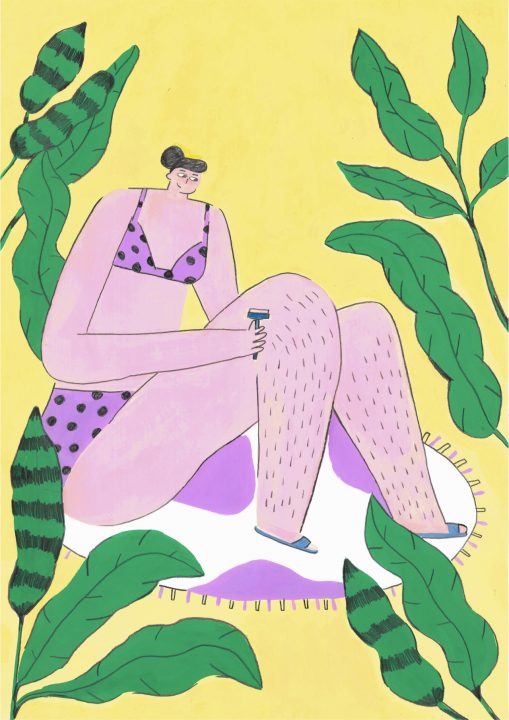 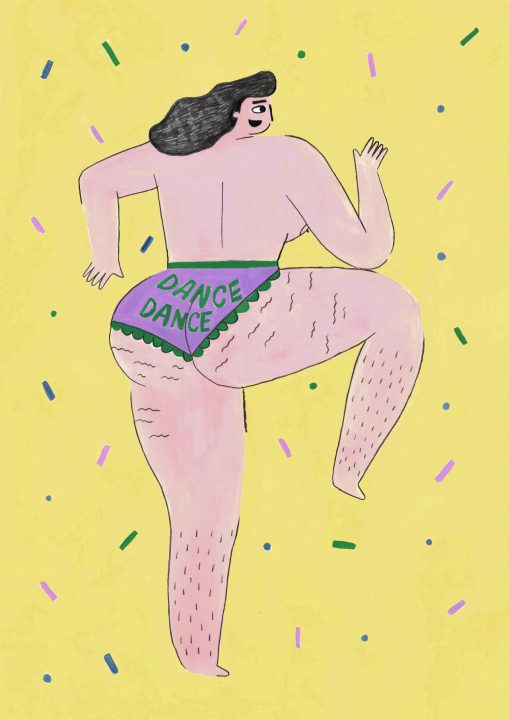 The illustrations on taboos of sexuality by Shut Up Claudia

Korean illustrator Abang has made a series of drawings that represent some women telling their true selves. All these works are collected in a book called Ladies.

Each illustration embodies the artist’s desire and determination to be always herself. In her new work, Abang fluidly depicts 15 illustrations drawn in pencil to capture what she considers beauty. Following a warm tone, Ladies is a collection of the highlights of a larger body of expressive women, each created to evoke a particular type of expression. Following a bit of the style of fashion editorial illustration, each drawing draws the viewer to the intense gaze of each woman and each reveals a small glimpse of itself.

Abang focuses on the eyes of the models because in the past, every time she saw editorial illustrations, she was always attracted by the power of history in the static image.

The artist works as an art director for personal projects and collaborates for publications and exhibitions commissioned by brands. Her passion for drawing was born when she was very young and later she managed to turn it into her profession. After working as a designer for a large company in the Korean capital, she decided to do what she loves most and make illustration a full-time job. With a strong willingness to pursue what she cares about, Ladies is an ode to doing what you love. What she wants to convey through her work is a truer beauty for herself. Each of us has to follow this we are passionate about, our tastes and our attitudes. 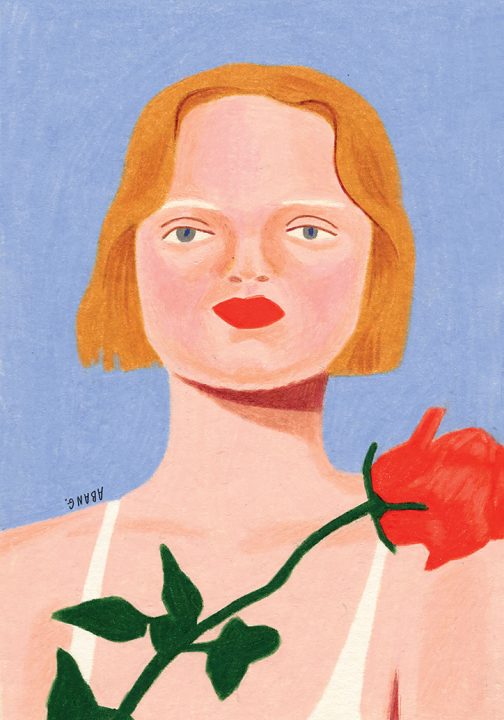 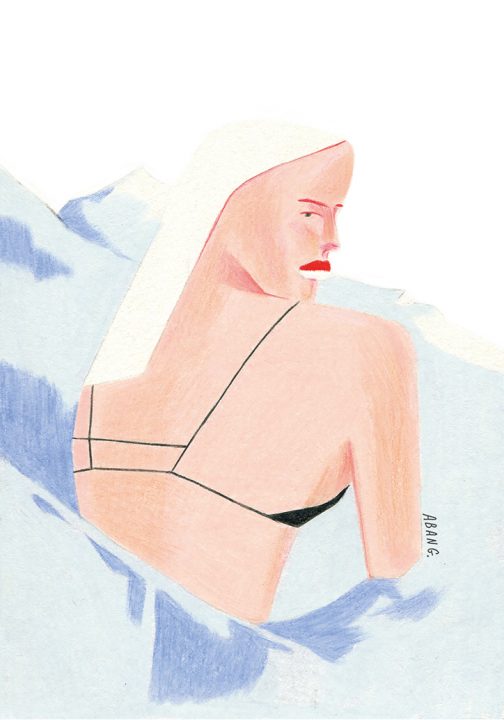 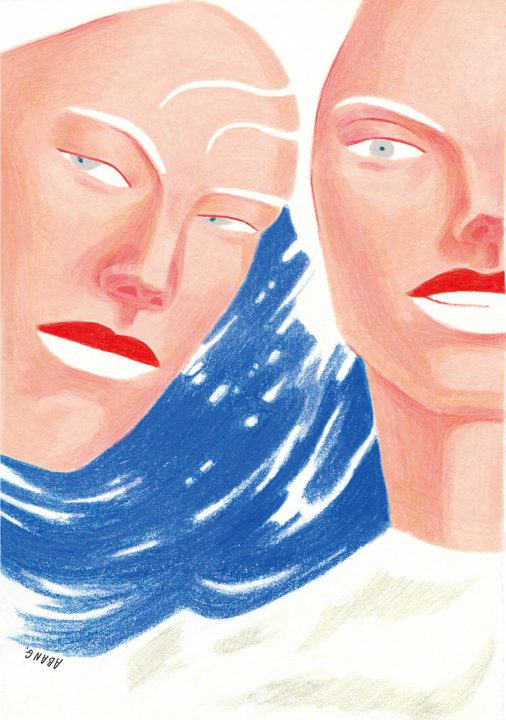 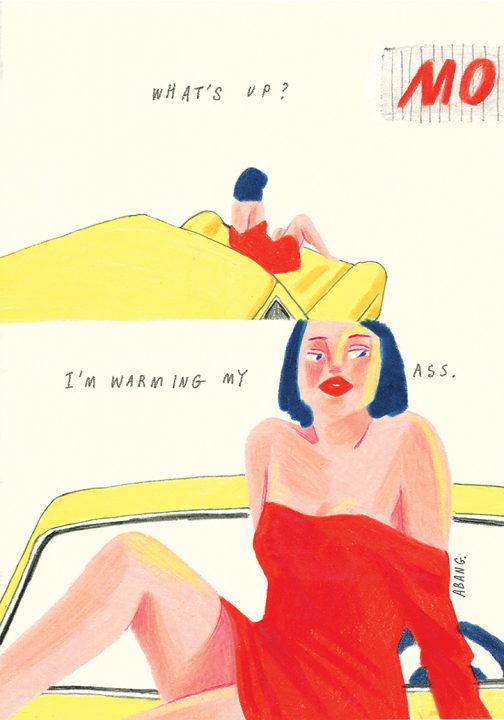 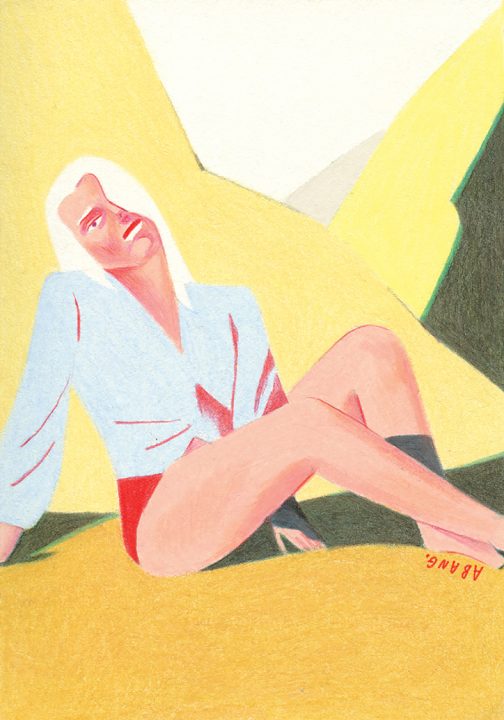 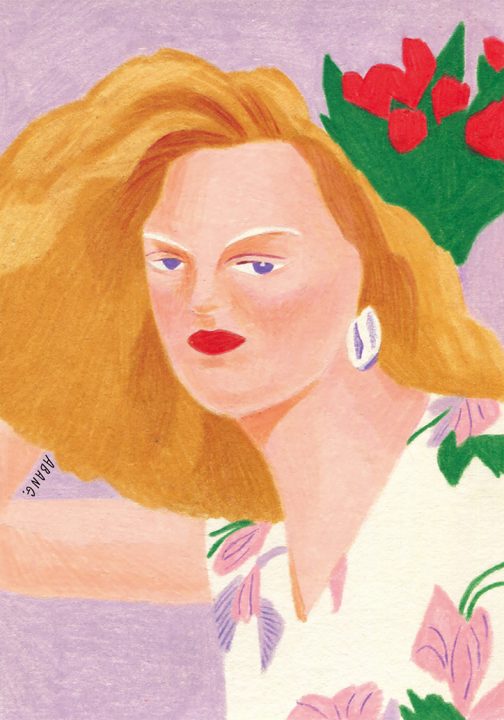 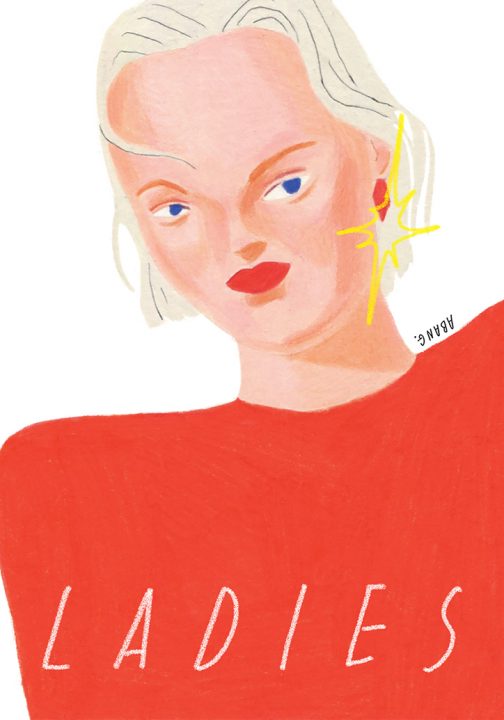 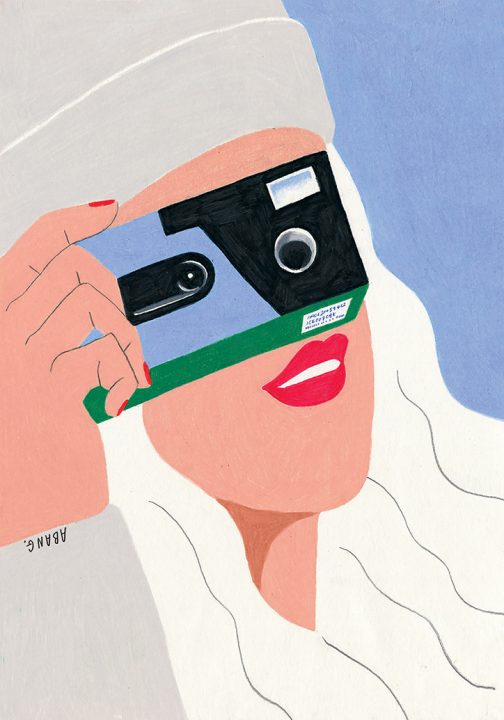 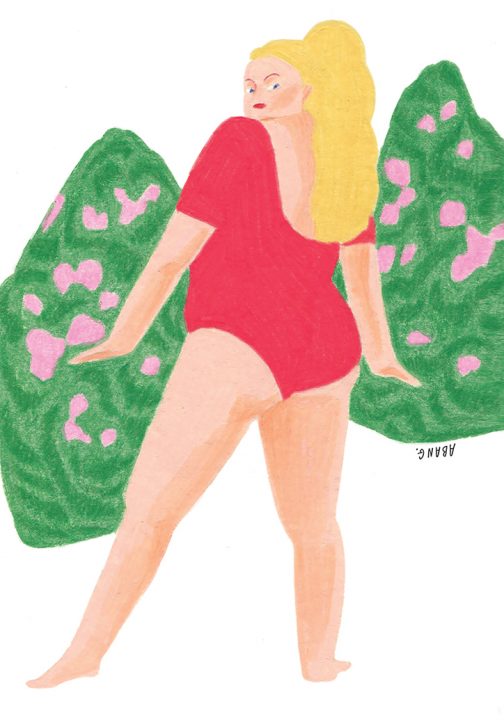