This cheeky and playful collection of portraits, as CONTACT HIGH, recalls the joyful youth days of photographer and filmmaker Richard Kern. A carefree and sexy series of images from 1999 to the present that charged with an atmosphere of freewheeling, optimistic hedonism.

“I spent a lot of time with my friends smoking pot, listening to music, running around in the woods and sometimes swimming naked.”

There seems to be a fine line between art and explicit material, a demarcation that has been made by adventurous artists and photographers for generations. Among these Richard Kern of New York exposes the seductive and complex nature of the female form in a naked and raw way. Kern captures his models in a constant search for “realness”, taking the viewer behind the scenes to spy.

The book, available here, is edited by Jesse Pearson, editor of Nudity Today and Apology Magazine and published by INNEN.

The first exhibition in Italy by Swedish artist Diana Orving opened yesterday at Tempesta Gallery in Foro Buonaparte 68, Milan. In the gallery spaces, the artist has created an immersive exhibition using drapery as an element to create a visual and tactile narrative that accompanies visitors to follow the paths traced by the works, which with their movement direct the gaze into space.
The sculptures presented are an exploration of the material aspect of textiles and their evolution in physical space, but they also return a dual feeling that analyzes our being in constant contact as humans. The experience of pregnancy has certainly marked the artist’s poetics in this sense, and conflict, fear and desire are all aspects staged that also in the Tempesta Gallery exhibition.
Diana Orving’s exhibition is dynamic; energy is a defining aspect of the visiting experience, as is dynamism and technical research, developed by the artist as a self-taught artist over the years.

As of Saturday, November 19, the Via Spaventa neighborhood in Milan has two new “Paladins of Dreams,” these are two figures painted by artist La Fille Bertha together with the boys and girls of the UIA project “Wish Mi: Wellbeing Integrated System of Milan.”
Over the past few months, together with ActionAid Italia educators, the artist and the boys and girls involved in the project identified themes capable of telling the identity of an entire neighborhood, but also the dreams of the new generations living in it.
The artwork presented filled the Milanese neighborhood with energy not only thanks to the bright colors and the artist’s geometric and minimal style, but also to the action of the boys and girls, who, after coming up with the concept of the work, took cans and colors themselves, contributing to the creation of the mural.

Wish Mi showed art as a tool for participation, sharing and dialogue between residents and the city. The talent of La Fille Bertha helped push further the imagination horizons of the boys and girls, who in turn opened an imaginary of symbols and subjects, in a mutual exchange that culminated in “The Paladins of Dreams.”
The nature of the project, co-funded by the European Commission-European Regional Development Fund and developed by the City of Milan, ActionAid Italy, Milan Polytechnic Foundation, Catholic University of the Sacred Heart, and ABCittà Cooperative, is to define the needs and dreams of an active community, whose dreams must be represented by the context that surrounds them and by figures that are totems of hope, just like the paladins represented in the work.
After the mural created in 2021 by Mister Thoms in the Comasina-Bruzzano neighborhood, Wish Mi 2022 returns to reinterpret the role of Milan and the young generations that inhabit it through public art. A wall that will be the backdrop to the walks of an entire neighborhood, it will be the background and starting point of stories yet to be written and dreamed.

In the 1980s, the stylistic signature of Viennese multimedia artist André Heller revolved around extravagant works with a strong scenic impact. Flying statues and fireworks displays in the summer of 1987 turned on a light bulb for Haller, who wanted spectacular art that could actively entertain fans. Thus was born Luna Luna, the first art-themed traveling amusement park, in which Ferris wheels and rides were painted and decorated by some of the 20th century’s greatest artists.

The project, which wanted to bring attractions by such art giants as Keith Haring, Jean-Michel Basquiat, Salvador Dalí, David Hockey, and Roy Lichtenstein around the world nevertheless failed to pass the first stage in Hamburg. Bureaucratic problems related to the sale of Luna Luna and some legal disputes shut down the amusement park for 35 years, until 2022, when the project was taken over by André Heller and his son. 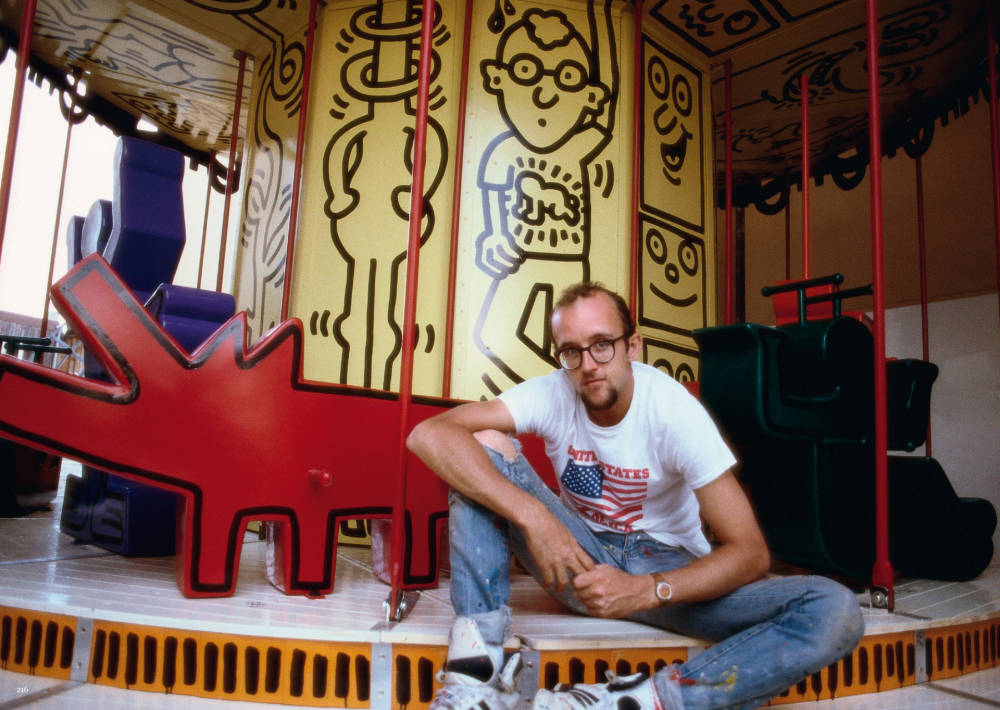 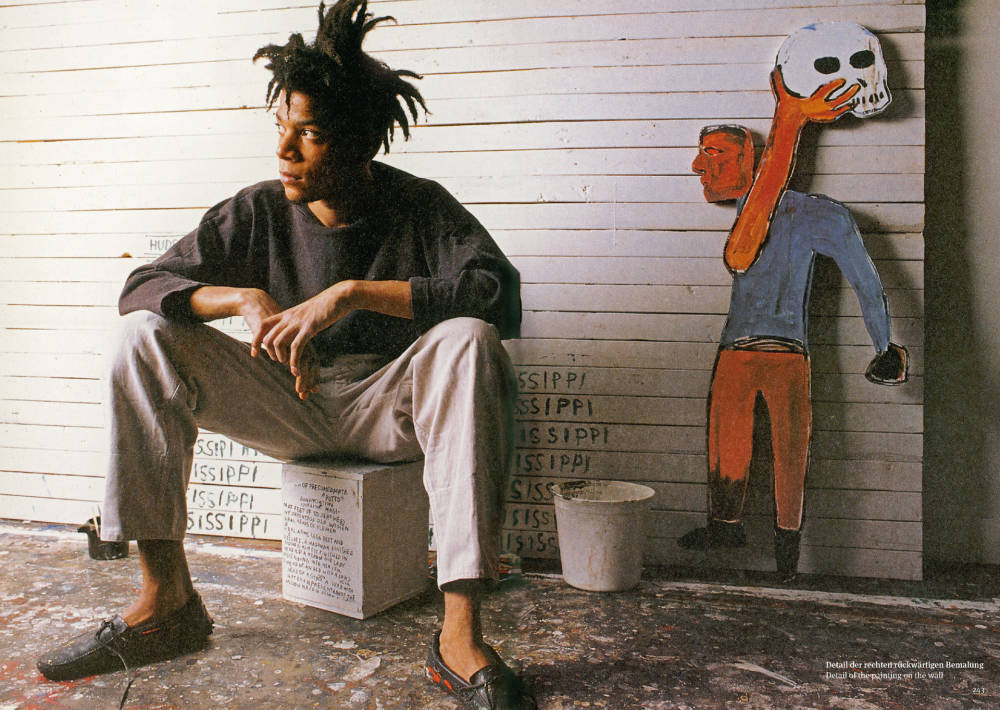 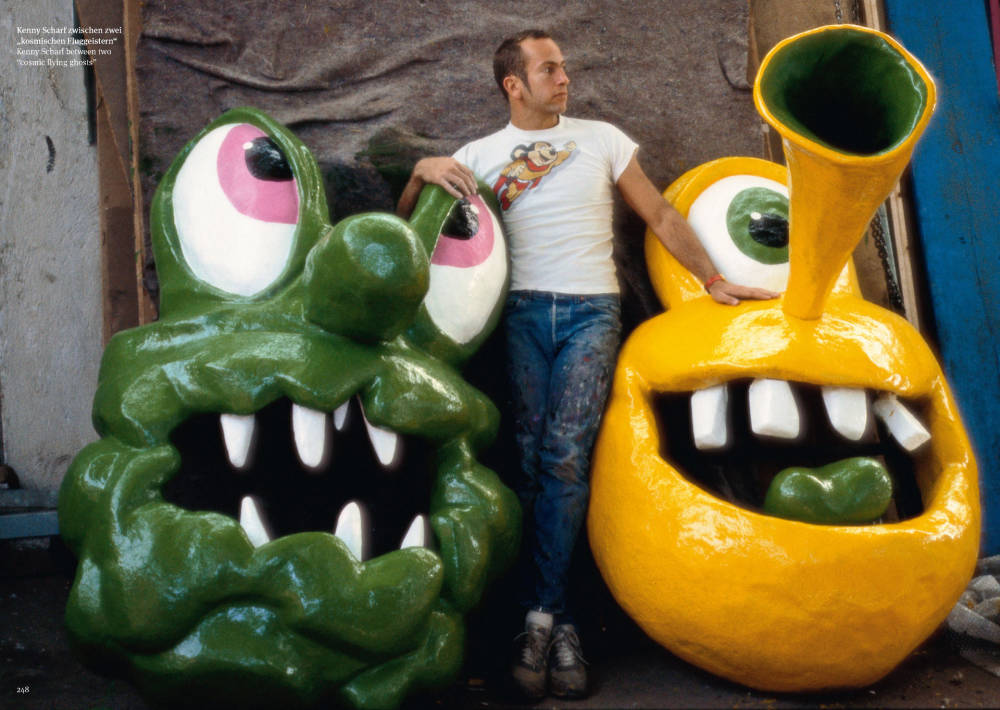 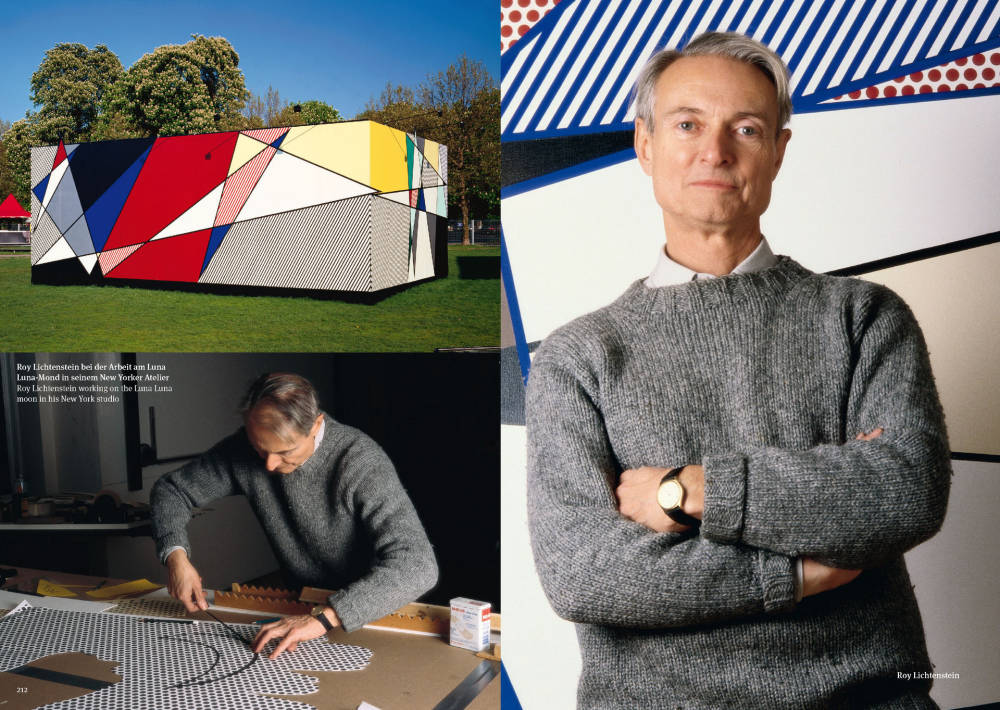 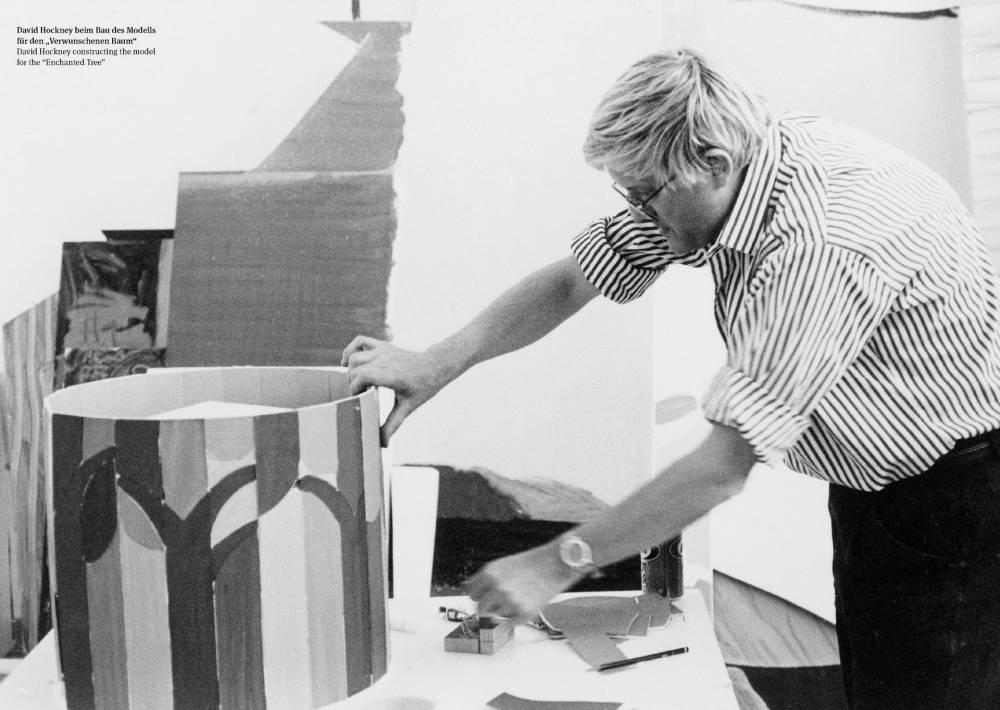 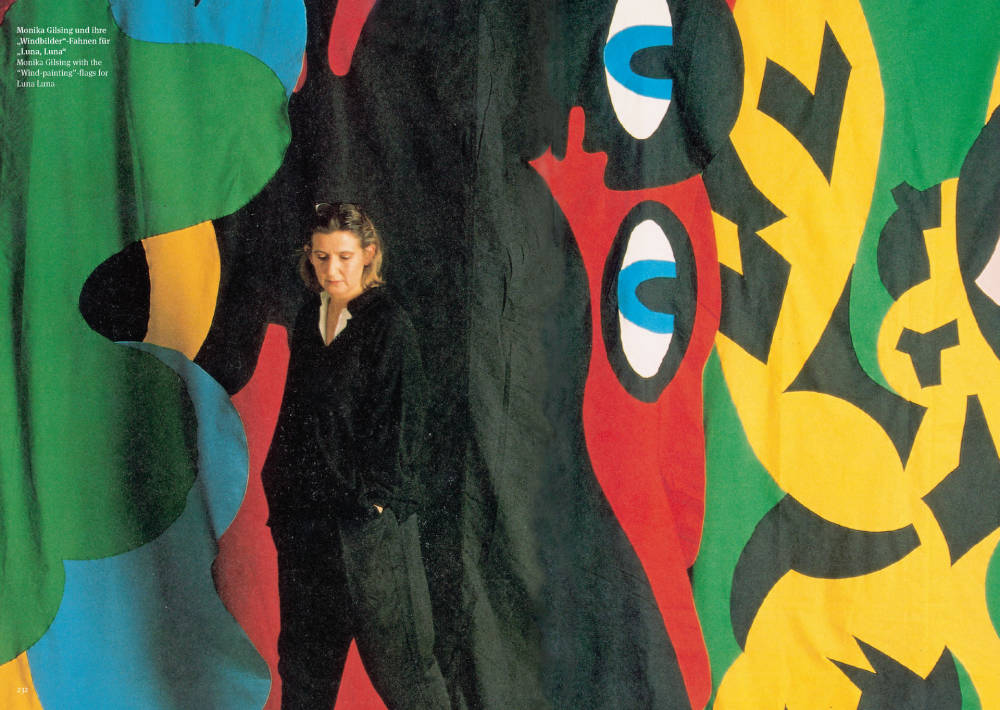 The rides, which had been sitting idle in storage for all these years, were cleaned up in a new warehouse in Los Angeles, and thus the works of the various artists began to resurface.
The idea of Luna Luna is the idea of conceiving art as entertainment capable of speaking to different registers, reinterpreting a popular spectacle such as the playground through the works, which become protagonists and objects to be experienced in a physical way. Through a playful approach, therefore, art becomes an object to be explored thanks to references close to a wide range of people, a communicative, before artistic, idea proper to Pop Art, a current to which some of the artists involved such as Haring and Lichtenstein belong.
Now the project is ready to tour North America again, years after that first experiment in the 1980s, and after a debut as early as January 2022, when the rapper Drake and his company DreamCrew also funded the project with $100 million.

The story of the first traveling luna park dedicated to art

The redevelopment art project Urban Colors has chosen as the location for its latest intervention Trieste, a city historically a meeting place for cultures from all over the Mediterranean and the scene of important events in the history of Italy. The space chosen by Urban Colors is precisely a building that tells a page in the history of the 20th century, particularly that of the fascist regime. Luca Mayr, curator and artistic director of Urban Colors, and Ron Miller, art director of the project, chose to involve 16 artists to give a new face to the former Bank of Naples, now converted into a gymnasium.

The building constructed between 1935 and 1938 and inaugurated by Benito Mussolini is the site chosen for a redevelopment that starts with art, with new energy invading the two thousand square meters of surface area. The construction site to create all the works lasted a month, and on November 25 Urban Colors is ready to present the project to the public.
The artists who collaborated on the project are some of the most recognized names in national and international street art such as Peeta, Ravo, Joys, Ozmo, Rancy, Oger, Amina, Sorte, Stuer, Corvino,
Fosk, Stefano and Mattia Bonora, Samuele Frosio, Ron Miller, and Andrea639. Their works range from geometric shapes to other citations to classical art, but also subjects inspired by symbolism and esotericism.

16 artists to redevelop Trieste together with Urban Colors