Studies conducted by the Small Arms Survey research project say that half of all firearms owned by private citizens in the world are in the United States. The news of the massacre in Uvalda, Texas, coupled with the many manifestations of gun-related violence that we have become accustomed to, especially in America, make the phenomenon of unrestricted gun ownership viewed with fear. Whether it is a cultural fact or any other reason does not matter, many American citizens collect guns and own them in large quantities, successfully displaying their arsenal, as in the case of the photographic series “Ameriguns,” taken by Gabriele Galimberti and with which he won the 2021 World Press Photo, in the “Portrait Stories” category. 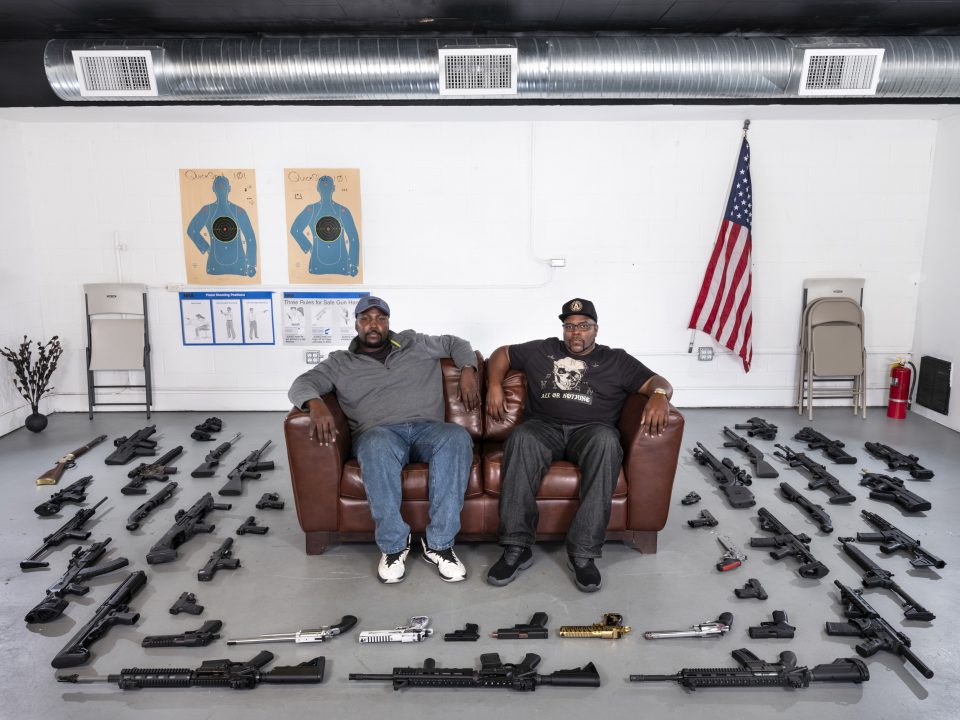 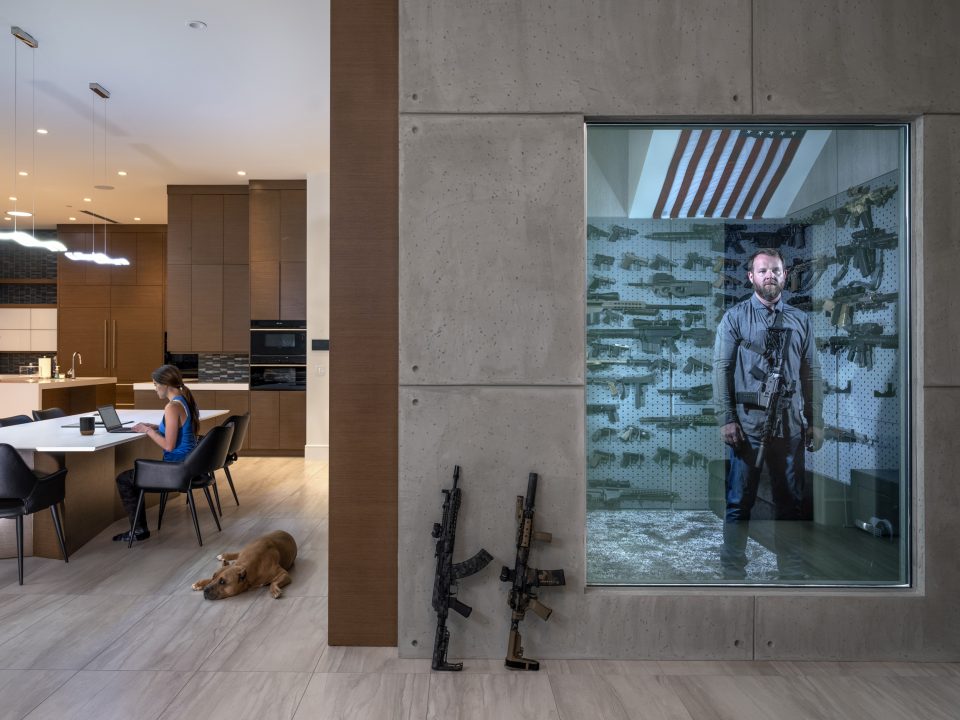 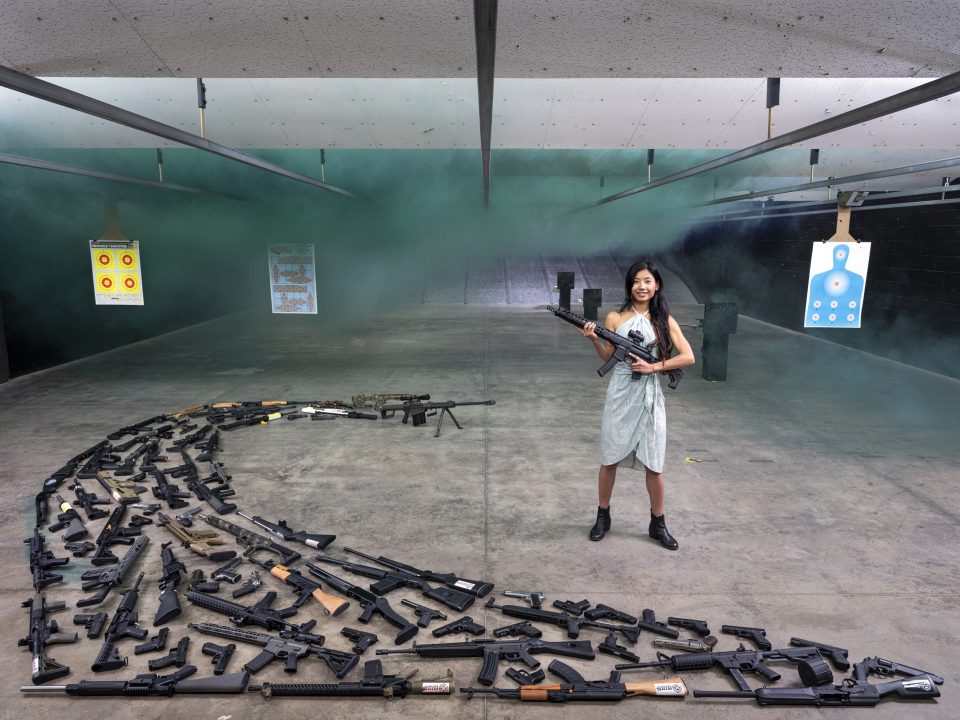 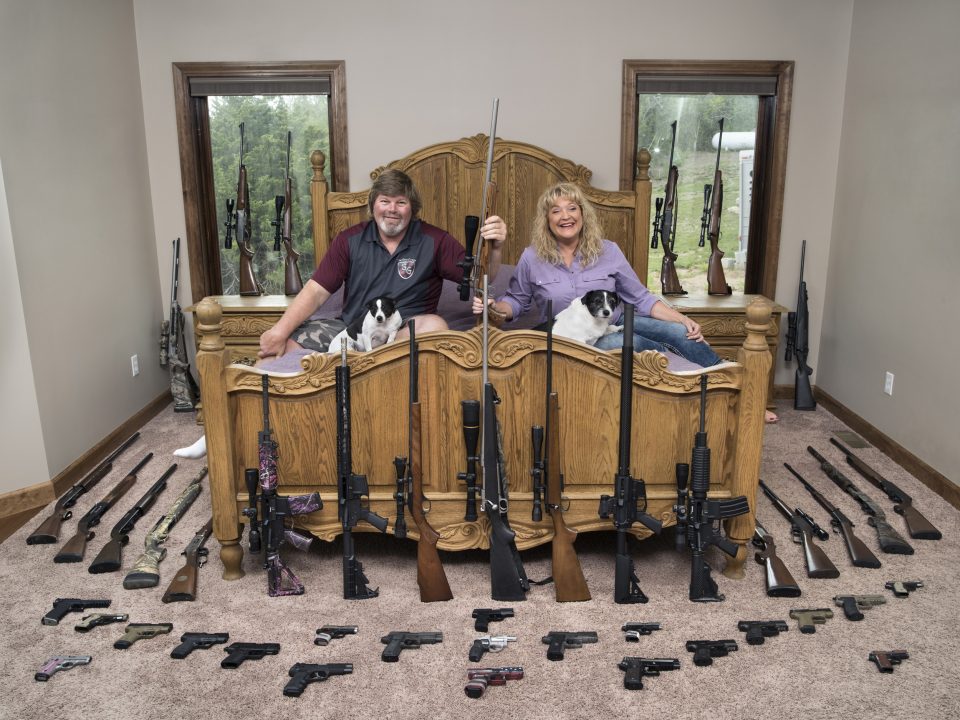 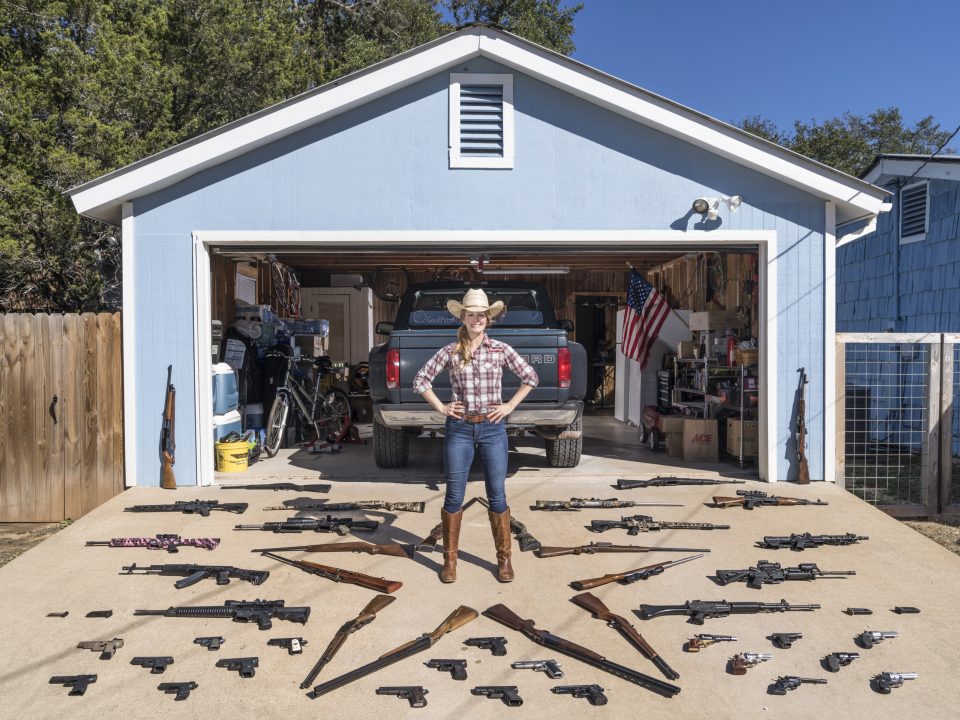 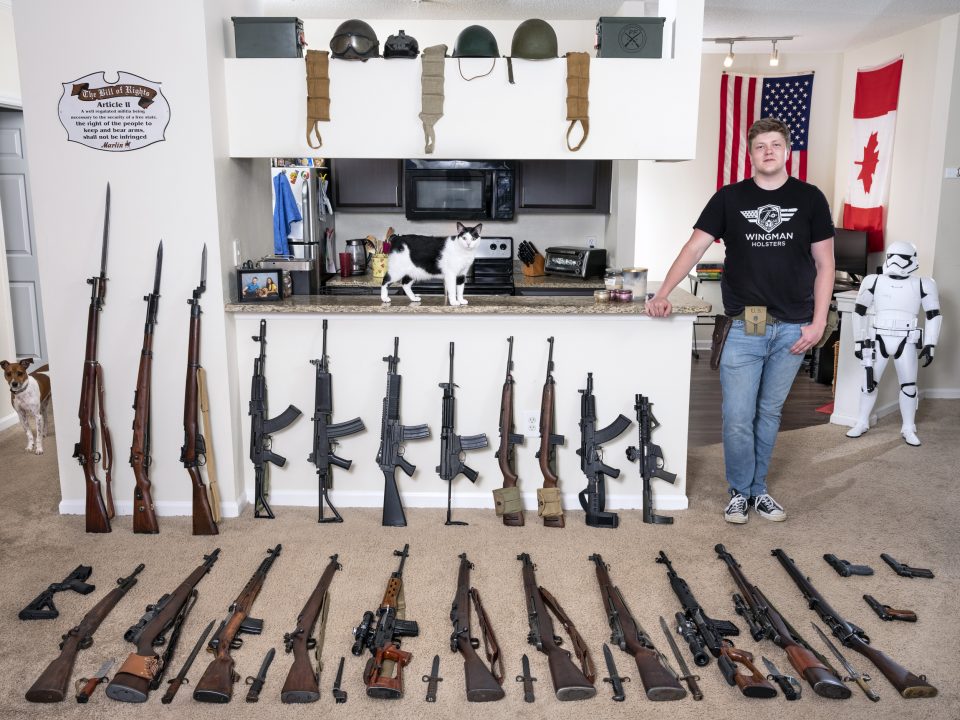 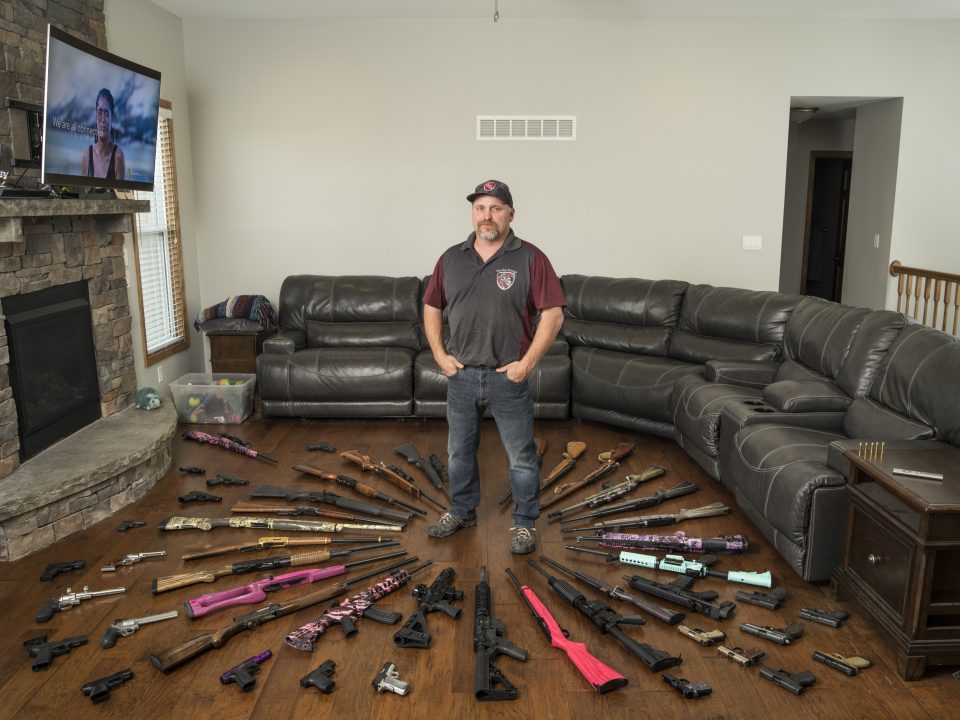 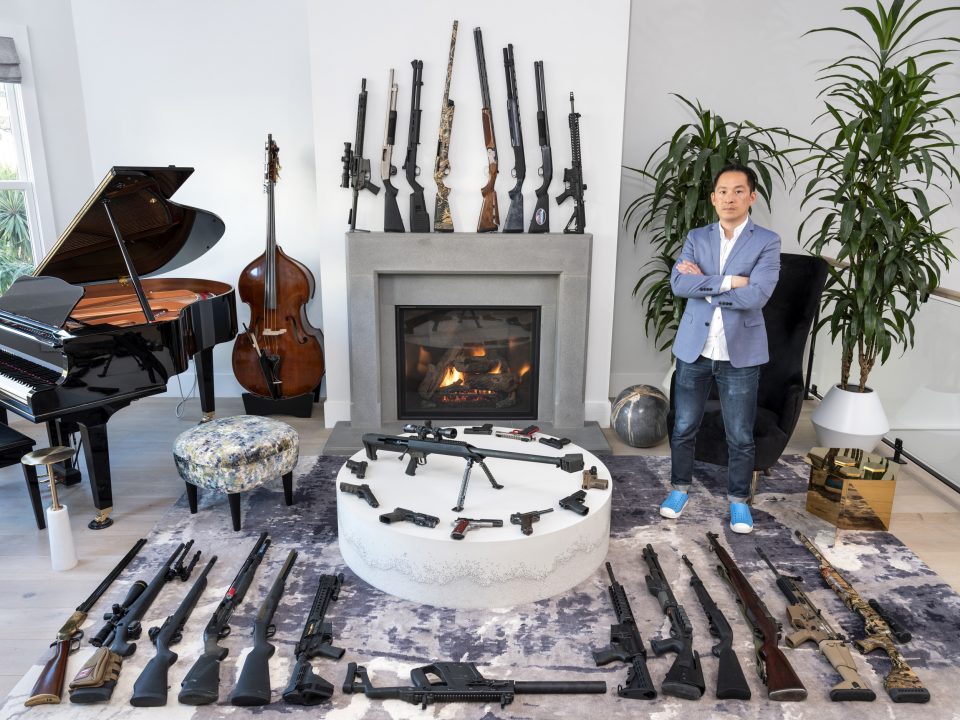 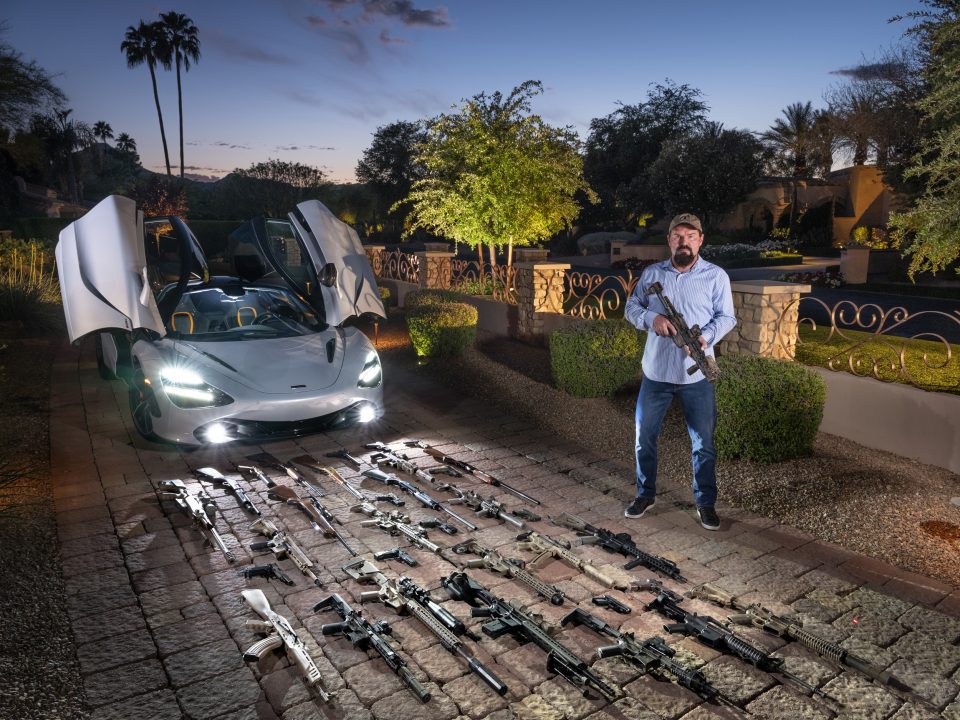 The “Ameriguns” series is a good description of the style of the Tuscan photographer who, after a career shooting commercial photos, chose to travel the world, devoting himself to long-term reportage and documentaries. The research revolves around the people who inhabit the different destinations, exasperating their cultural traits and distortions.
Gabriele Galimberti’s shots show families and ordinary people posing with a number of firearms that far exceeds those that would justify possession for sporting purposes, or for self-defense. According to recent reports there are 393 million guns in the United States for 328 million people, and ownership is justified under the Second Amendment, which protects the right to own guns, for defense against local criminals and foreign invaders and to deter crime.
The everyday picture told in the series is wrapped in a grotesque veneer, from lavish homes where guns are illuminated by sports car headlights to prairie homes stuffed with gunpowder, “Ameriguns” is a beautiful series about America as we have seen it before. 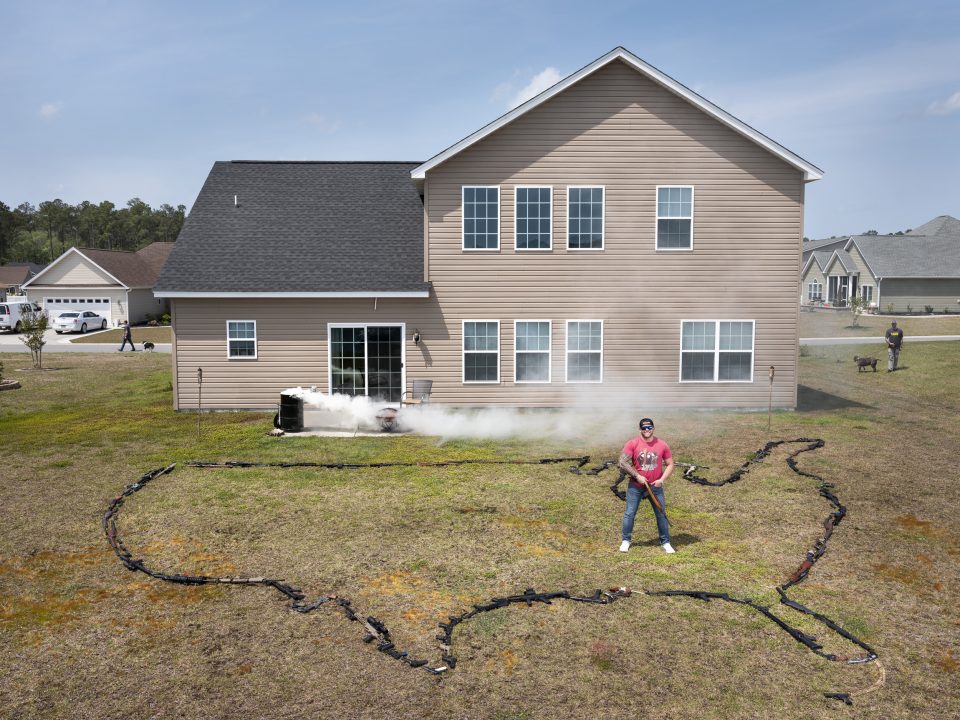 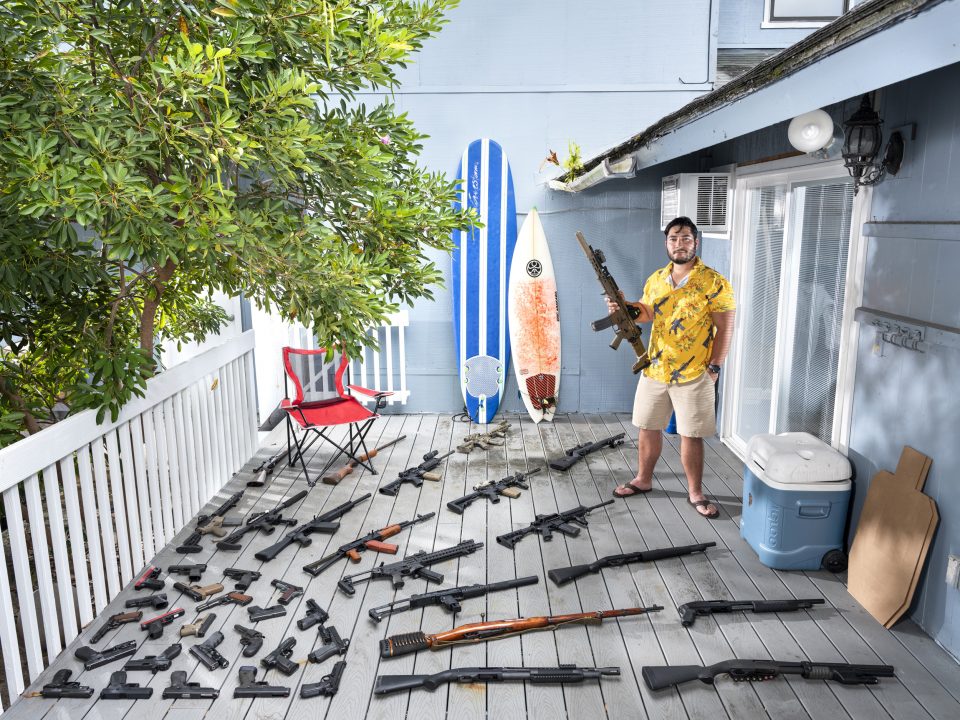 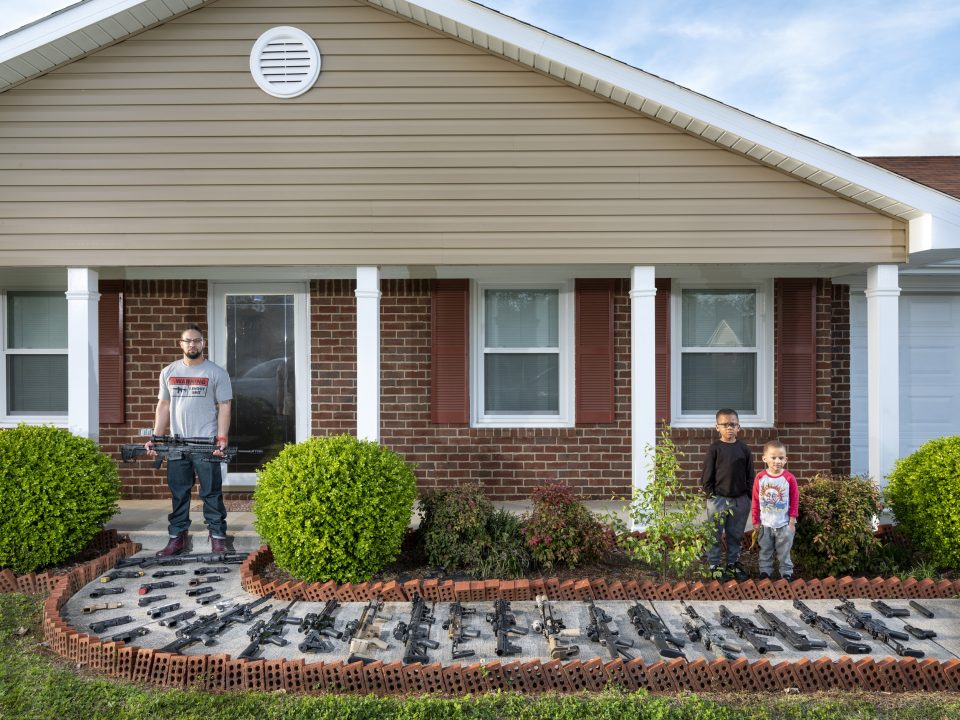 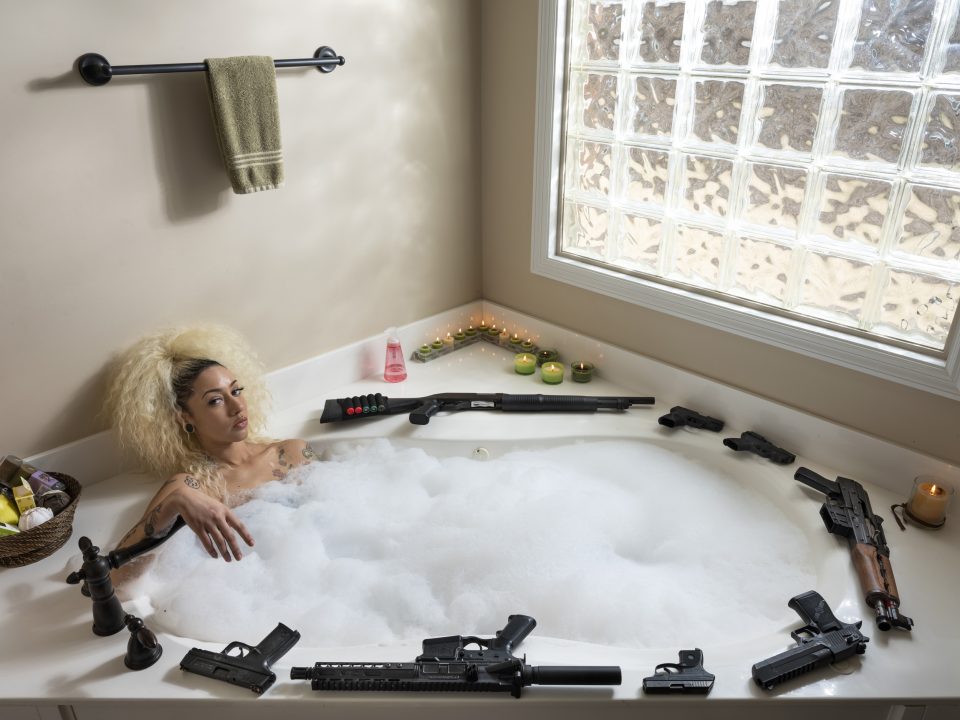 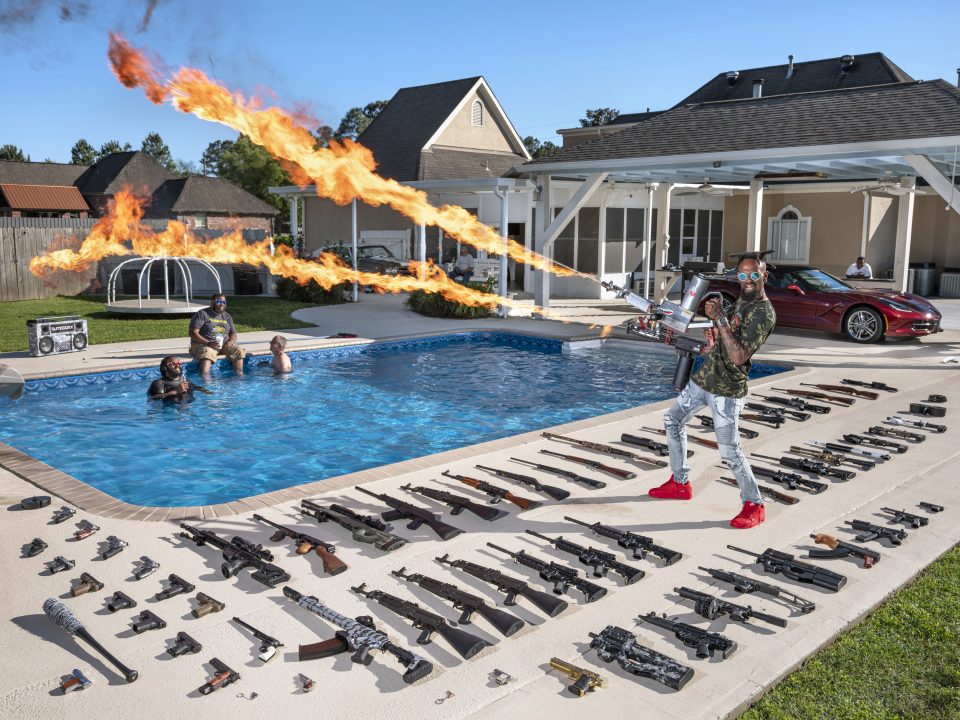 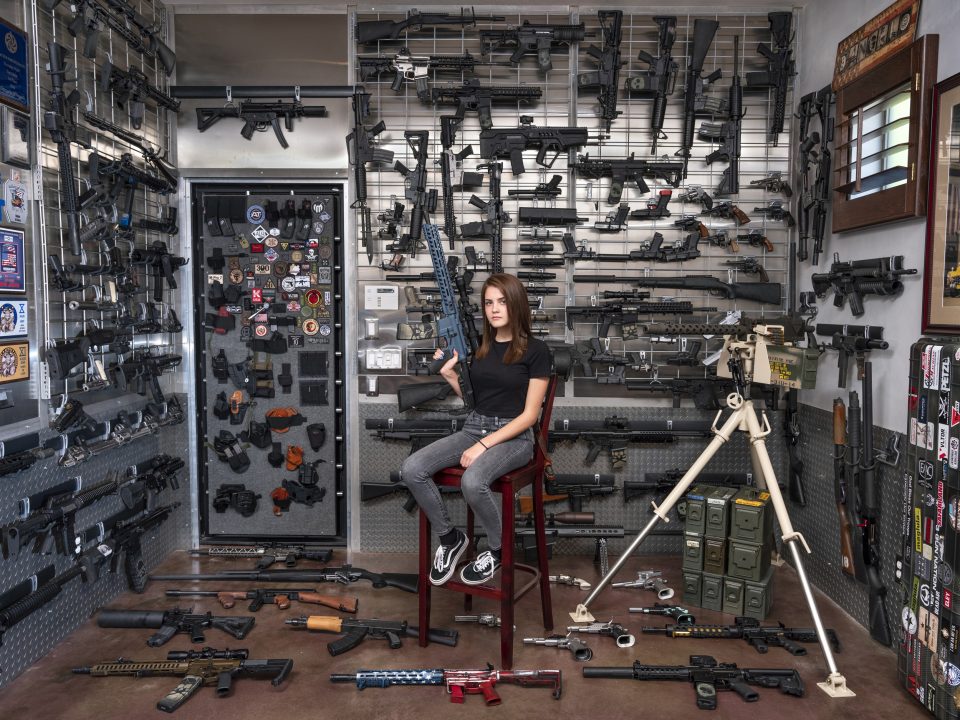 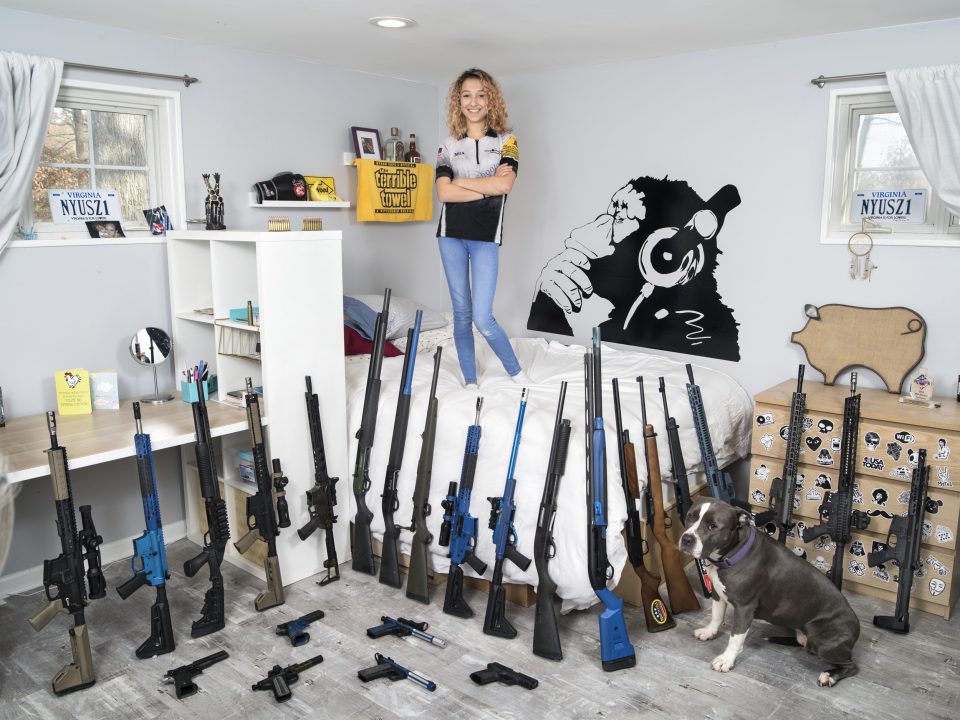 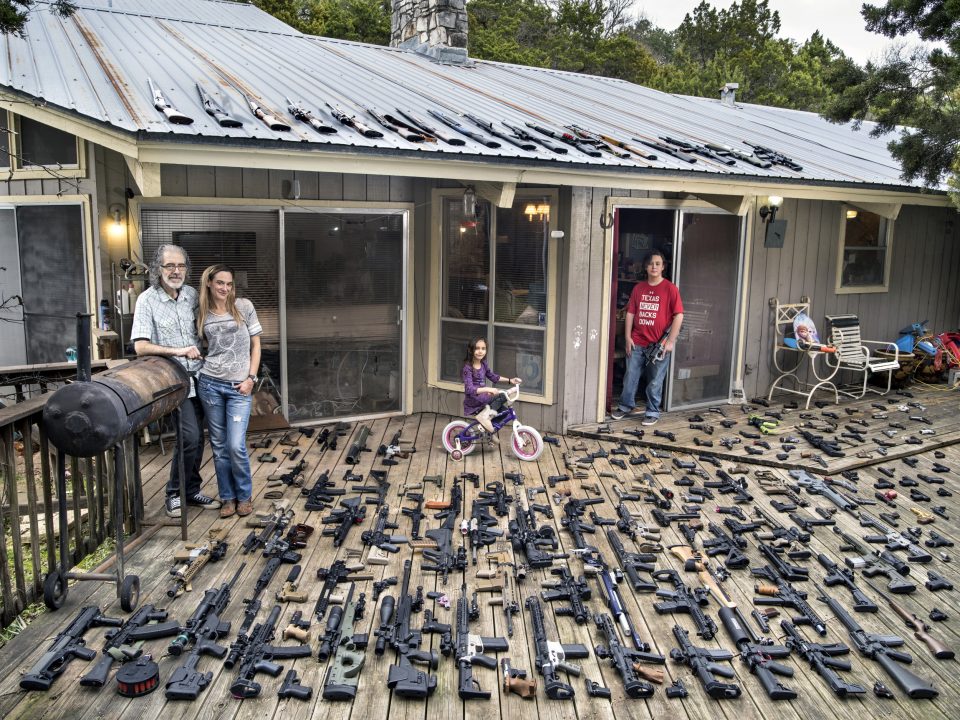 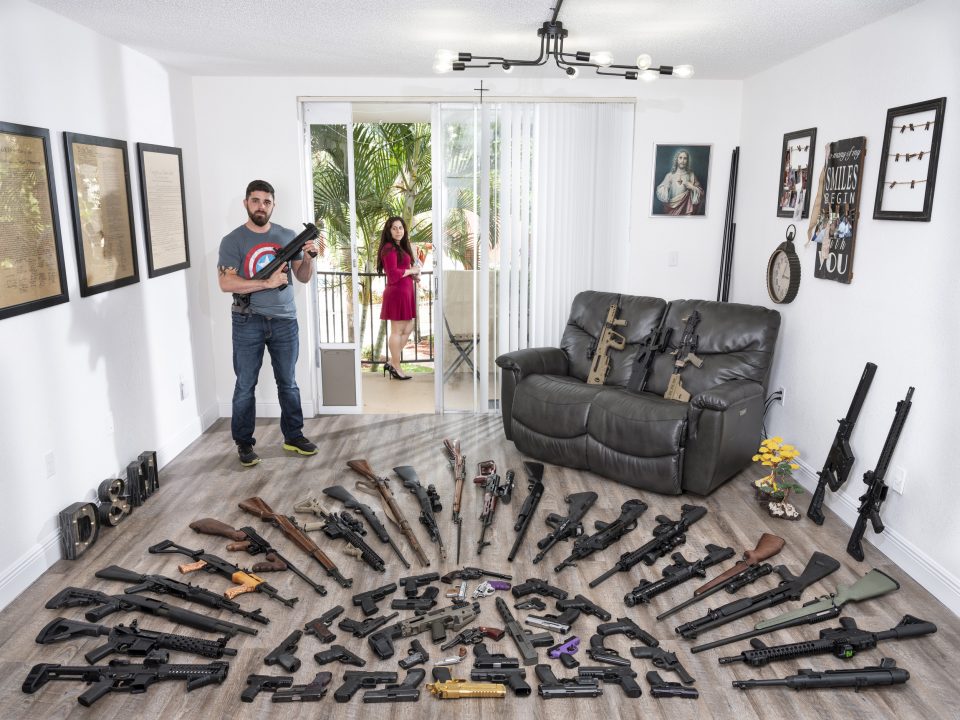 America as we have already seen it