In Italy, it was the first days of January when some newspapers started talking about mysterious pneumonia present in China.

Then, in the following weeks, while the situation was getting worse, the attention of the press on the subject became more and more present, turning the newspapers into a real daily bulletin on the number of victims, which just today exceeded 1000, on the number of contagions, over 42 thousand, and on the progress of laboratories all over the world desperately engaged in the search for a cure.

In the meantime, the first security measures have arrived from governments, from blocked flights to checks with thermo-scanners in airports and stations, to the compulsory quarantine for tourists coming from China, where the population has been strongly advised not to leave their homes.

But, what happens when the entire population of a city of over 24 million people locks themselves at home for days?

This is what is happening, for the past month, in the most important cities of China, where companies and shops have closed to prevent, or at least reduce, the possibility of contracting the new Coronavirus that is bringing one of the major superpowers in the world to its knees. Among them, of course, is the largest city in the country, Shanghai. People in the deserted streets can be counted on one hand and among them, luckily for us, is Nicole Chan.

I say ‘luckily’ because thanks to her, her work and her shots we have the opportunity to see what the current situation of the city is, but we also have the chance to have a retrospective, a representation of Shanghai more unique than rare, impossible in other circumstances.

The images that make up the photographic series entitled One Person City (一个人城市) were taken during the Chinese New Year – January 25th – which for the first time did not see endless crowds populating public spaces, did not see the classic parades that we try to reproduce in our cities, did not see people celebrating. The scenario is surreal, post-apocalyptic film-like, and like any scenario of an ongoing tragedy has the power and strength to frighten and attract us at the same time. The images of deserted shopping malls, clear six-lane streets, ferries with no one on board, empty crossings are scary, but they couldn’t be more beautiful.

Without the presumption of making artistic shots or with precise aesthetic research, Nicole Chan, who has dared to walk the streets of Shanghai, has succeeded in what should be the first goal of a photographer, or rather of an artist, to become the testimony of her time. 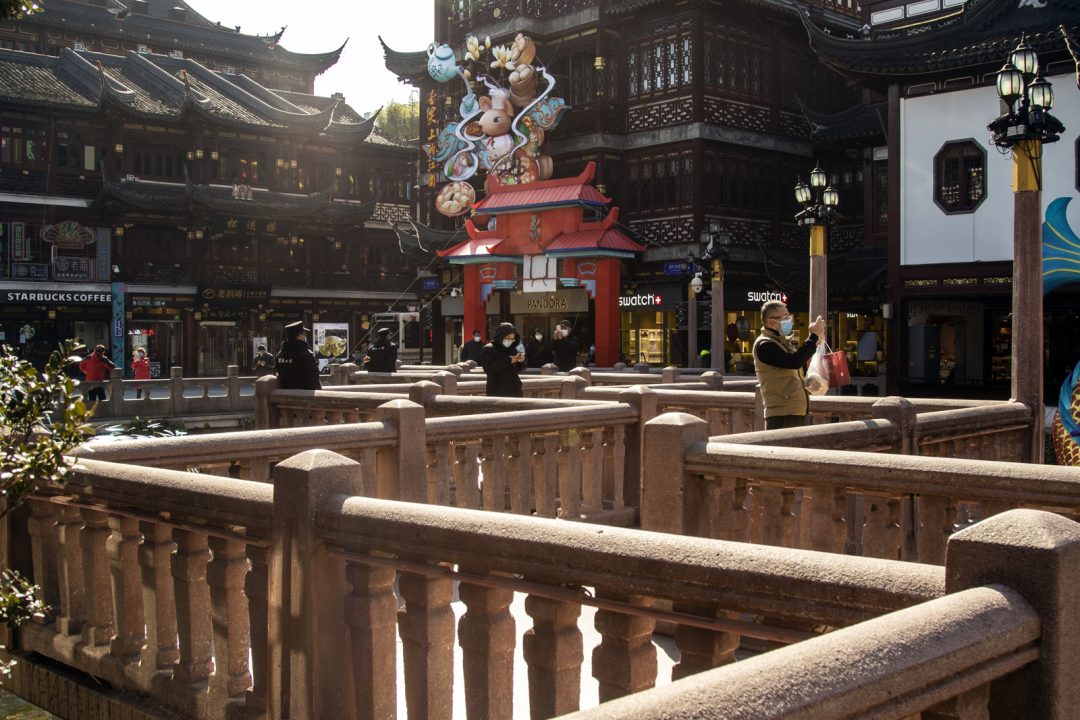 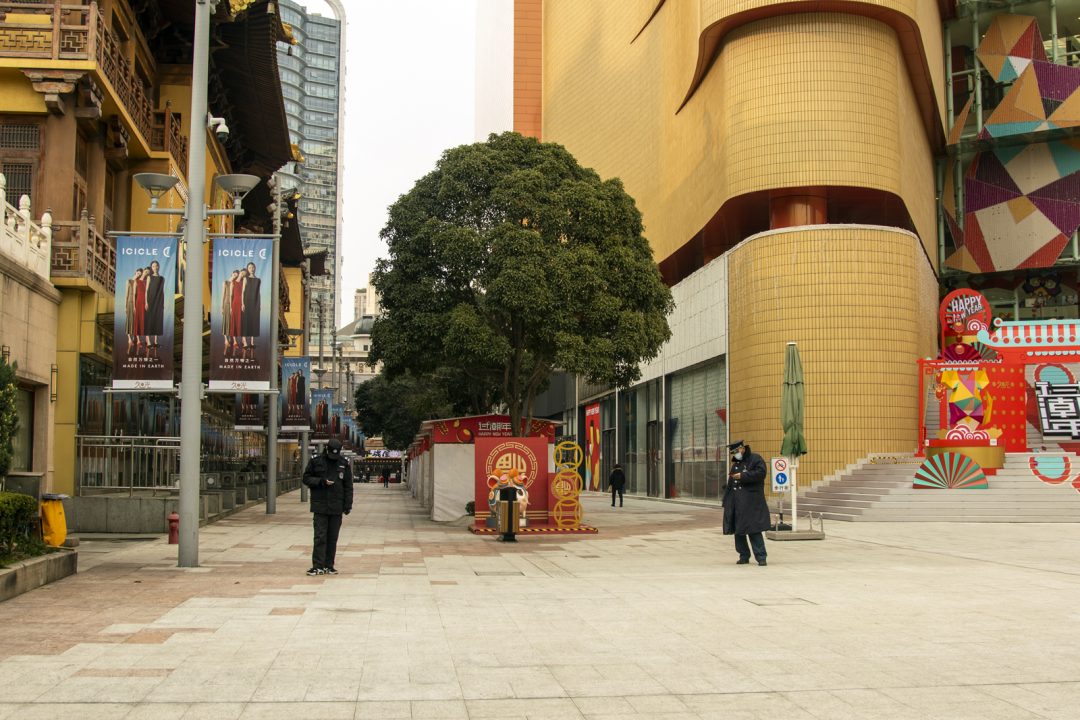 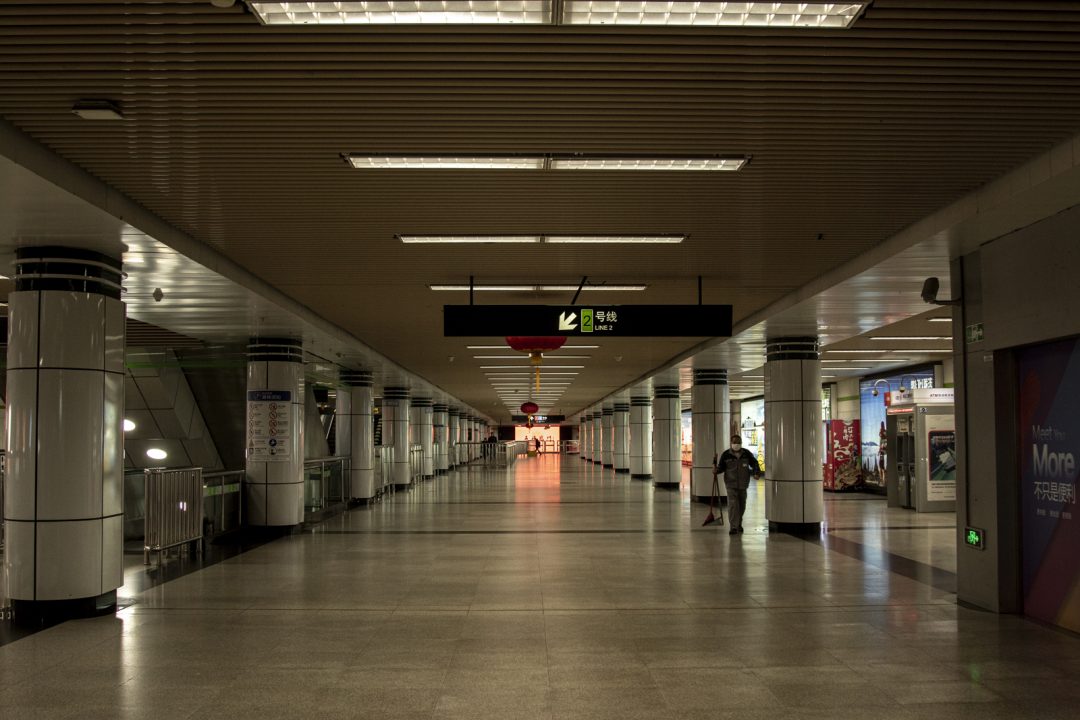 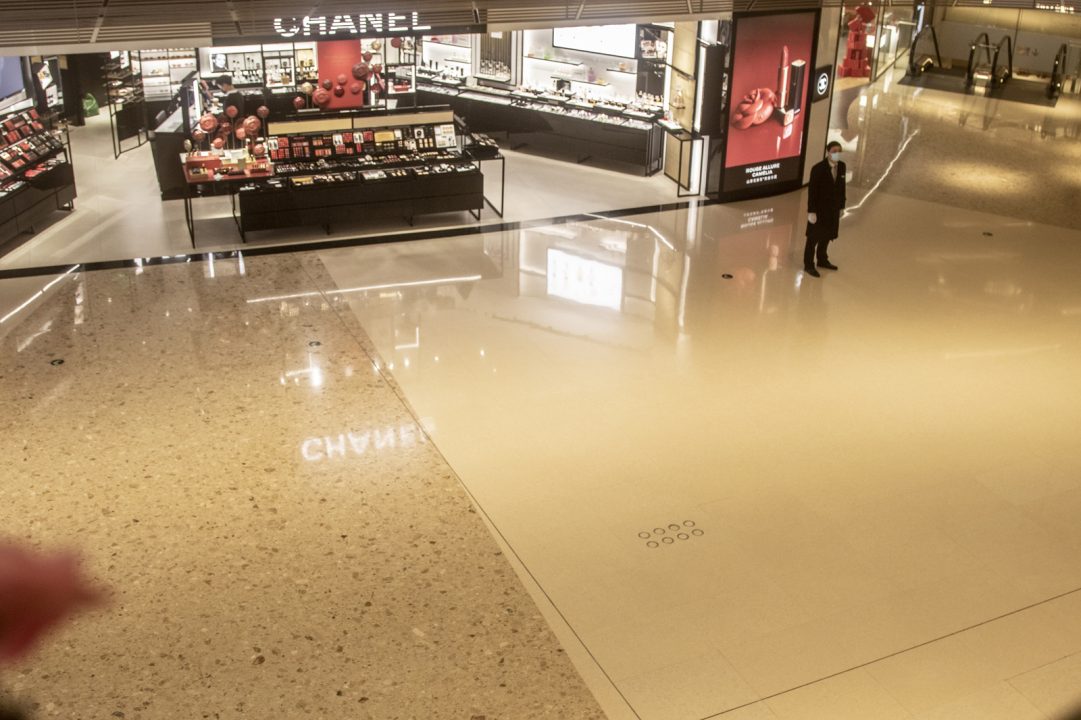 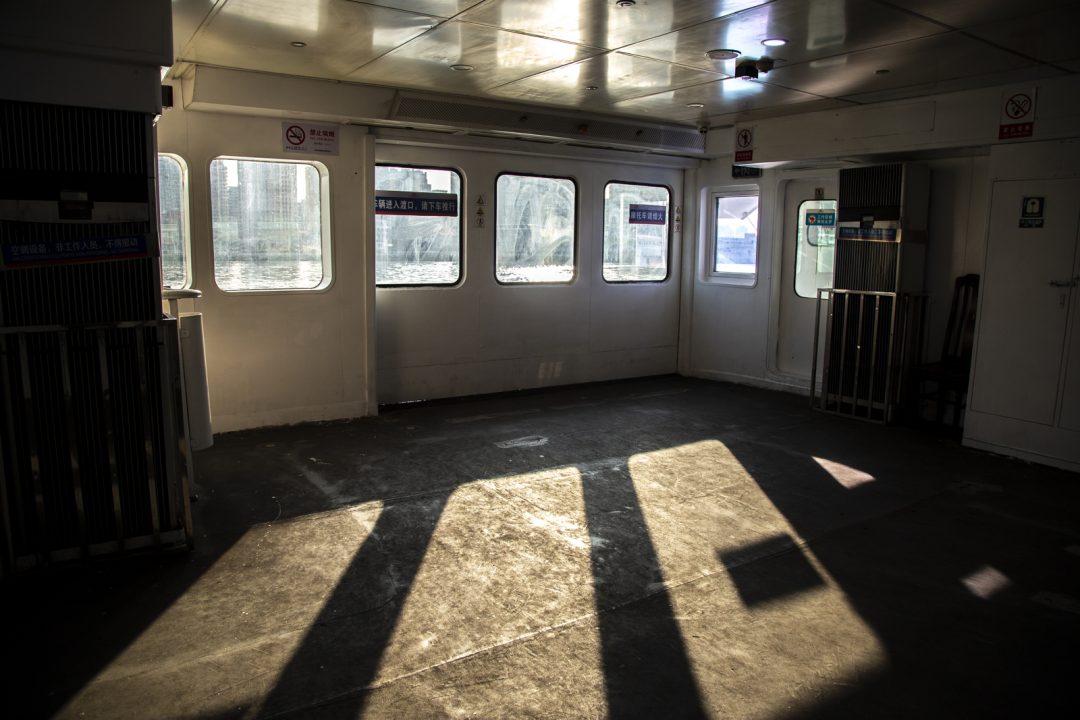 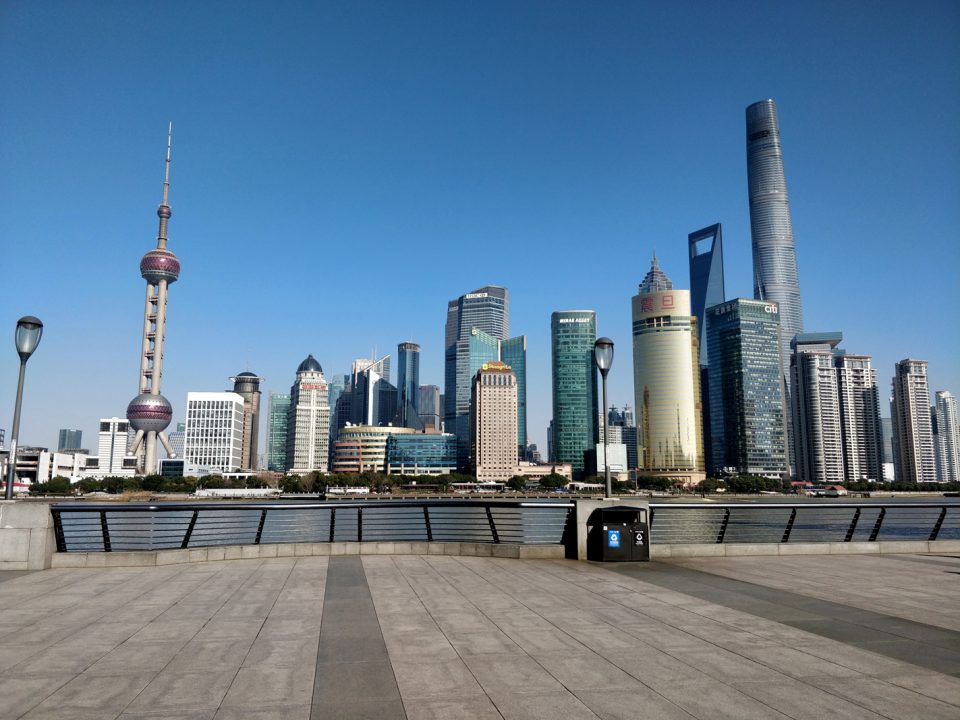 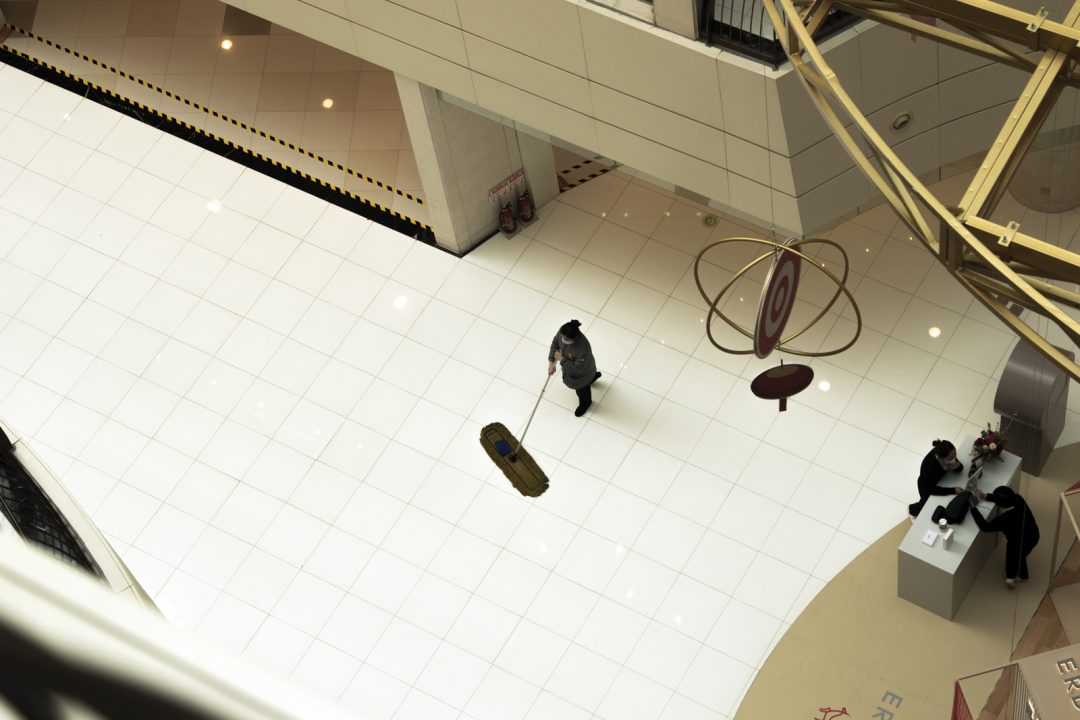 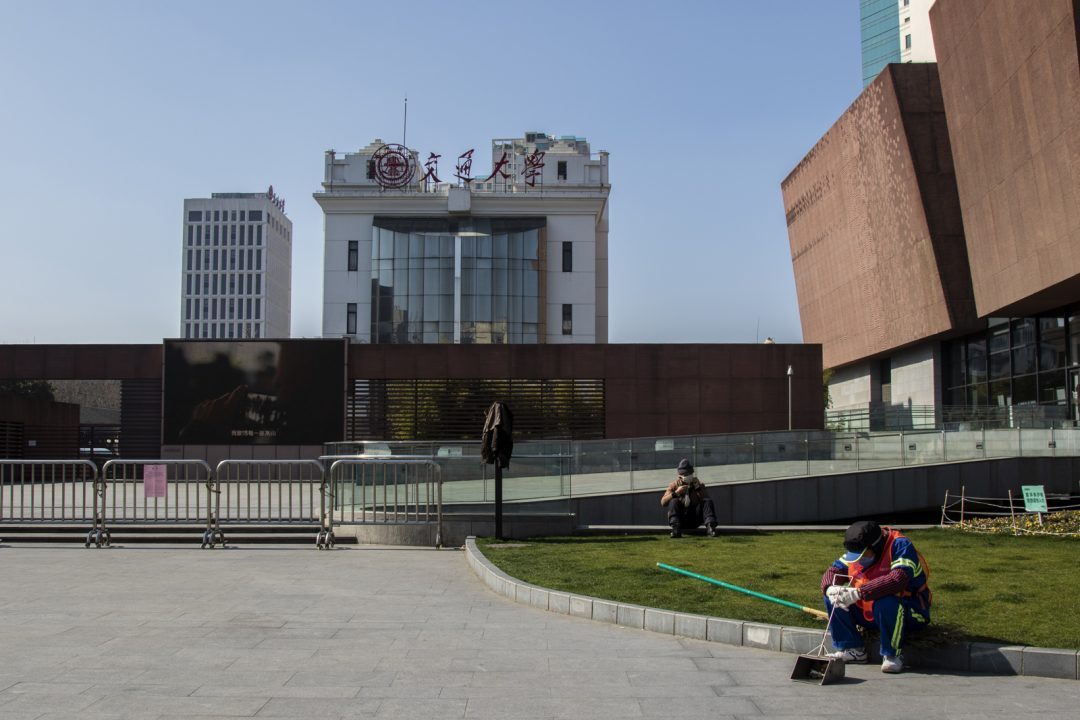 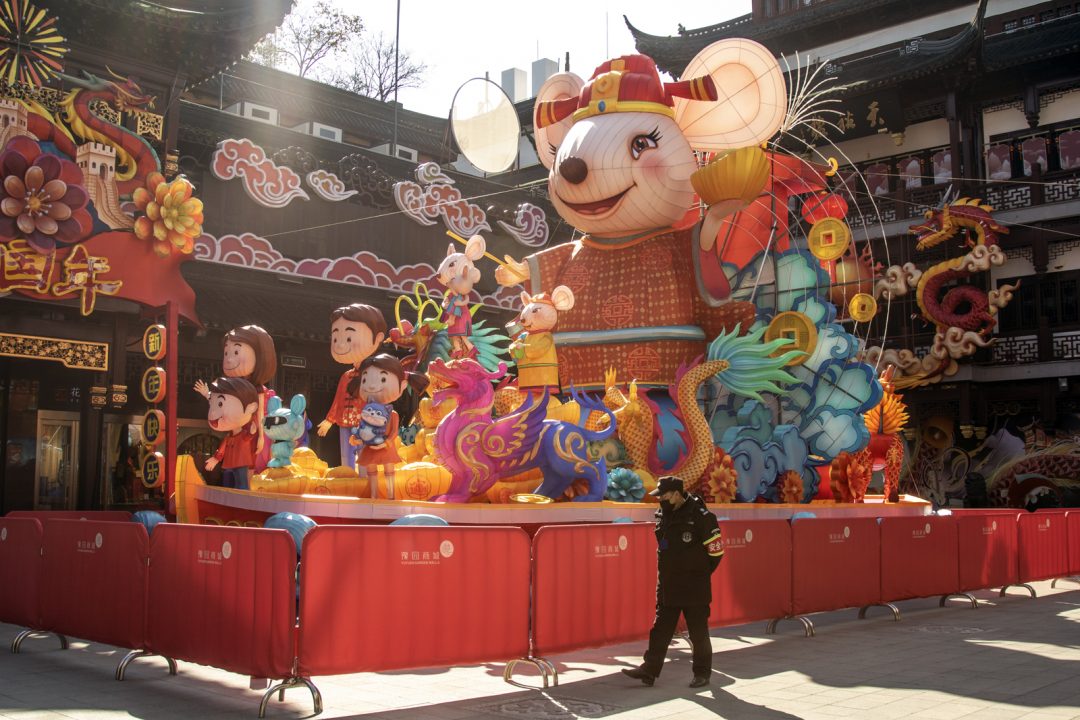 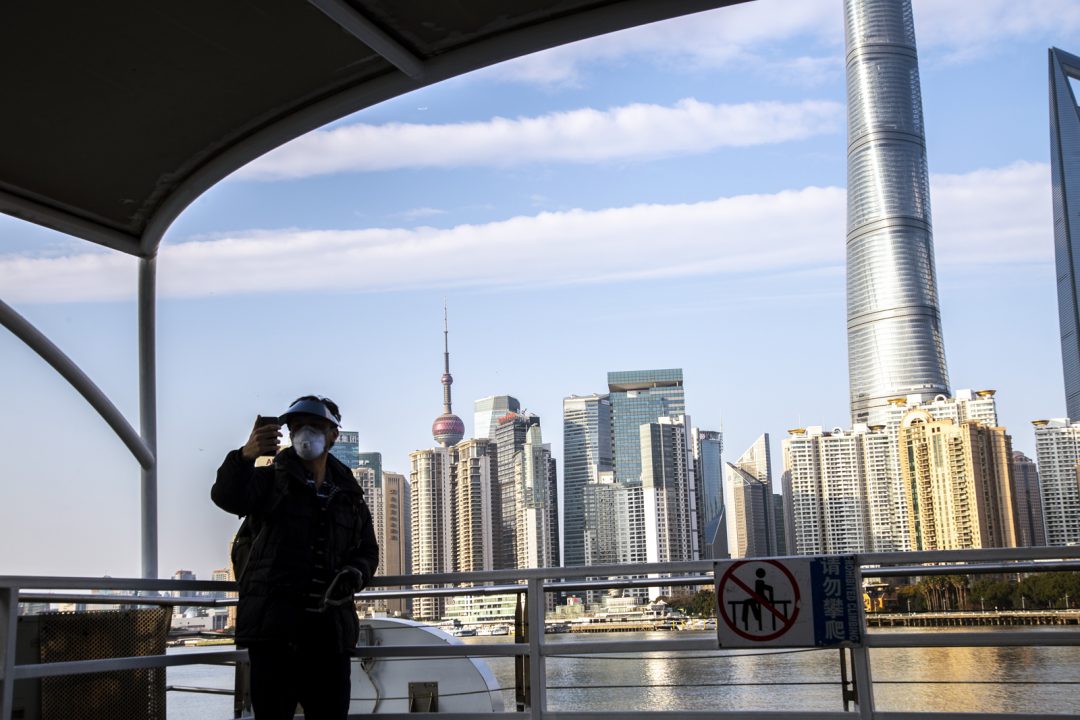 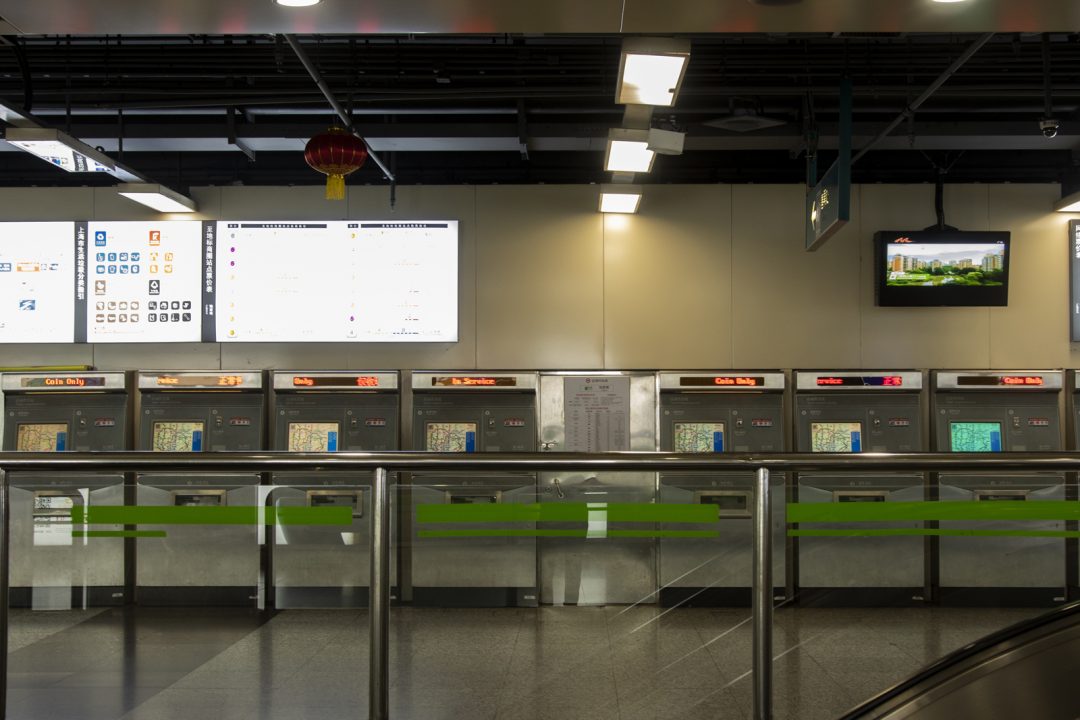 One Person City, Shanghai in the Coronavirus Age

We were immediately captivated by the beauty of Chantal Convertini‘s shots.

Chantal Convertini is a 28-year-old girl who approached photography almost by chance and only later decided to turn this great passion into a job. Like many other photographers, the first approach she had with photography was through digital. Then, later, four years ago, she also approached the world of analog. This led Chantal Convertini to know how to juggle the two techniques very well, preferring analog for her personal projects.

The protagonists of her shots are two, the light and the bodies of young women.

The light is almost always natural, which lightens the interiors of houses and bedrooms slightly. Sometimes her photographs are illuminated by just a few rays of sunshine that penetrates between the slits of closed shutters and blinds. These rays rest on the naked bodies and faces of her subjects, often female, as in the series A feminine view on femininity, in which Chantal Convertini gives her personal vision of the female universe.

Often, however, she puts herself in front of the lens, creating fantastic selfportraits, intimate and personal.

Below you can find a selection of her shots, to find out more go to her website, her Instagram profile and her Patreon profile, where you can also support her financially.

The sensual and analogue photography of Chantal Convertini

PhMuseum was founded in 2012 as the first online museum dedicated to contemporary photography with the aim of offering a space accessible to everyone from everywhere that would promote visual culture. Over the years PhMuseum has organised various activities and initiatives, from photography courses to training programmes and high-level masterclasses. This year it wanted to go even bigger, abandoning its digital form for a while and becoming a physical event.

From 23 to 26 September, in fact, the Binario Centrale of Bologna’s DumBo will host the first edition of the international photography festival PhMuseum Days.

The theme chosen for this first edition is A New Beginning and it perfectly fits both the historical moment we are living and the new decade that has just begun and because the event represents a new adventure for PhMuseum.

Guests include Argentinean photographer Alejandro Chaskielberg, whose Natur-e reflects on the relationship between man, nature and technology, and Brazilian photographer Angelica Dass, who will be exhibiting Humanae, a project that seeks to demonstrate that what defines the human being is his inescapable uniqueness.

There will also be the Encounter project by Italian photographer Silvia Rosi, who starts from her family album to tell stories of migration and diaspora through self-portraits and performances, and Afterlife by French photographer Vasantha Yogananthan, who tells the eternal challenge between good and evil by reinterpreting a passage from the Indian epic poem Ramayana.

In addition, three works chosen from over 700 projects submitted through the festival’s open call will be on display: Human by Ecuadorian photographer Fabiola Cedillo, focusing on the human need to reproduce, naturally and through technology; Fading Senses by Polish photographer Ligia Poplawska, on the implications of the loss of ecosystems on our mental and emotional health; and finally, C-R92/BY by British photographer Samuel Fordham, a project focusing on thousands of British families separated as a result of Home Office policies.

Photography is much more than an image. It is an experience that starts from the photographer, passes through the subject and reaches the viewer. It is sharing emotions, moods, values and feelings.
If you’re not sure this is the case, Luisa Mazzanti‘s shots will certainly change your mind.

Born in Lucca and moved to Milan, Luisa Mazzanti is a fine-art photographer of only 23 years old who, despite her young age, already has clear ideas on what messages and what stories to tell with her photos.

There are two genres in which Luisa has specialized, the portrait and the artistic nude.
Through the portraits she manages to capture the attention and curiosity of the viewer: the gazes of the models that point straight at us wrap us and do not let us go.
Instead, through the photographic nude she fights the aesthetic canons imposed by society and shows bodies free to show their forms in all their unique beauty.

Sometimes it also happens that she becomes the subject of the shots, engaging in self-portraits of impact in which photography becomes the means by which to enhance their bodies and the body, with its natural beauty elevates photography to art.

Read also: The intimate and analog self-portraits by Celeste Ortiz

“A summer is always exceptional, whether it is hot or cold, dry or wet.” wrote Gustave Flaubert. That summer is always exceptional is an indisputable truth, it is that time of year when everything seems possible, when everything is waiting for a new beginning, when our days are freed from the daily routine, our mind is freed from duties and work to do, our body is freed from all its beauty. Summer is waiting, happiness and nostalgia at the same time. Capturing the essence of summer is almost impossible and when someone succeeds in this task it is always a pleasant rediscovery. One of these is Julien Pounchou, a French photographer who lives and works in Barcelona.

Julien specializes in portraits and fashion photography, but among his work, there is always a constant that can be found in all his shots: the summer atmosphere.

The subjects he photographs, from the colorful costumes, to the faces without make-up, to the tanned skin, are illuminated by the warm light typical of the summer months, the sun’s rays embrace everything and looking at the images we can almost feel its warmth. Julien Pounchou’s photographs are extremely natural and the choice of analog makes them even more particular, immediately giving them a style that recalls that of the 60s and 70s. And perhaps it’s their spontaneity that makes them as exceptional as Flaubert’s summer.

The taste of summer in Julien Pounchou’s photos