The fabrics of our clothing define the identity of the wearer. According to the artist Shawn Huckins, covering oneself means showing oneself to the world and at the same time hiding, in some cases protecting oneself, from the heat, cold and rain, but above all from the gaze of those around us.
The textures, as well as the patterns that we choose to wear, whether houndstooth, Paisley or Prince of Wales, define our mood and our identity, and that is why the artist based in South Hampshire has chosen to reinterpret the American painting tradition starting from the link between fabric and identity. 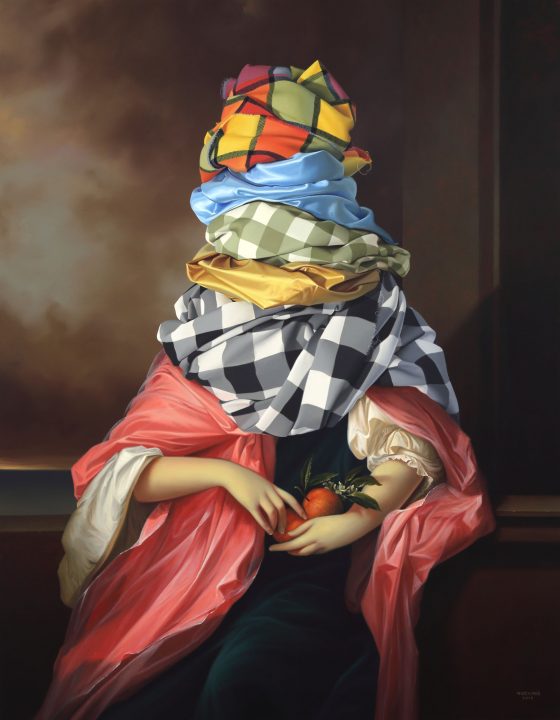 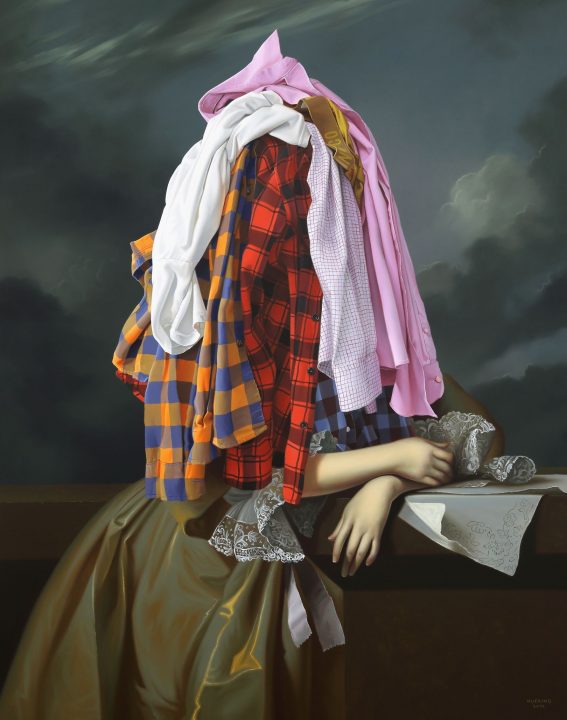 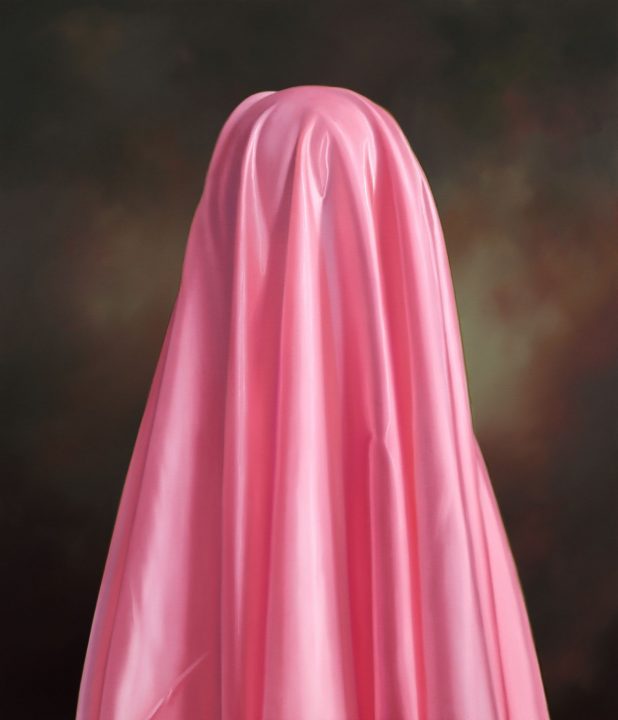 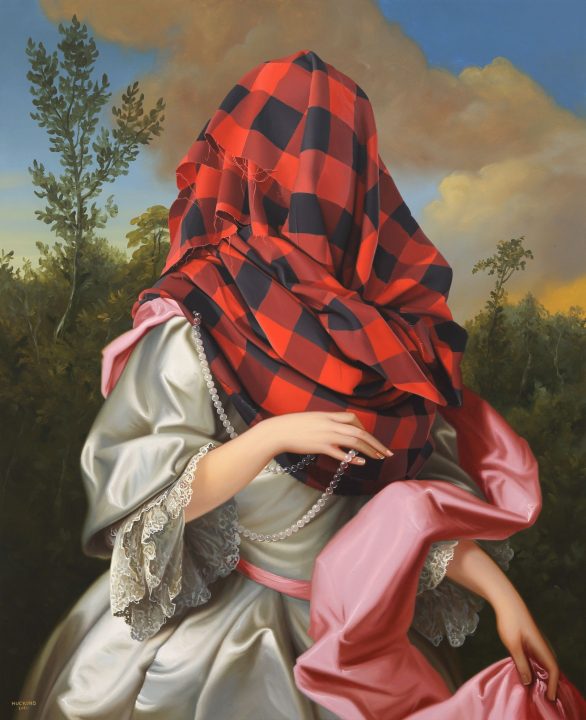 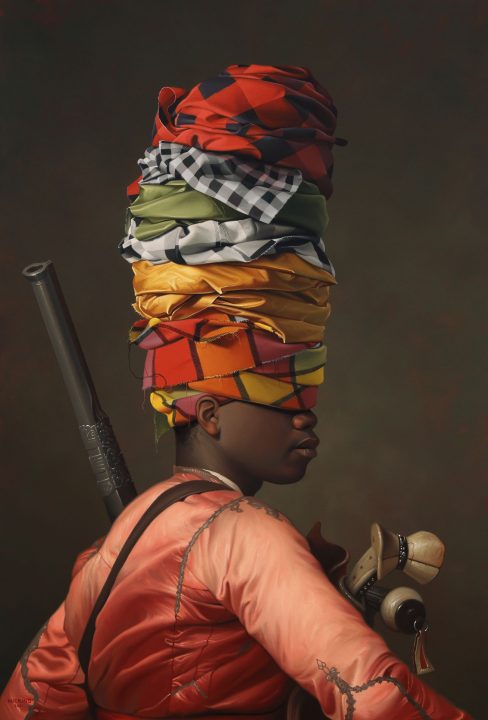 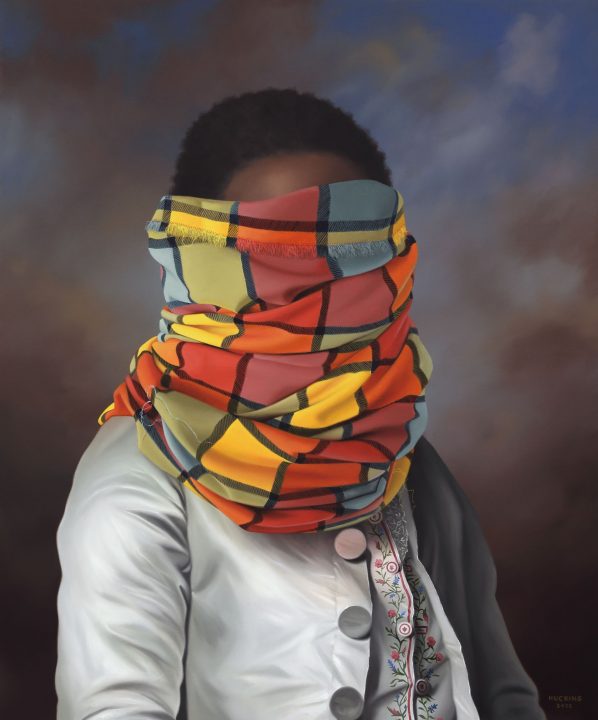 “Dirty Laundry” is a series of works inspired by 18th and 19th century American portraiture, with the faces of the subjects portrayed in oil being covered by piles of fabrics, rolled or lowered over the heads of the subjects.
The choice to represent cottons and silks in a disorderly way is not only a way to enhance the plasticity of the folds but rather a means to make the theme of the private dimension even more central. The hidden subjects, of whom we only see some details of the face or the gestures of the hands, appear mysterious, somehow protected in their interiority, even though they appear to the world as full of colors, which in some way do not represent them but protect them from our gaze.
Shawn Huckins is questioning himself on the meaning of tradition, on the identity of the American people and not only, on that still undefined bond we have with material objects.

The meaning of fabrics in the painting of Shawn Huckins

We need new imagery, created in pencil, pen, black and white or colour, drawn on a sheet of paper or digitally. We also need a place where we can admire and immerse ourselves in these imaginaries. And what if this place were actually two?
Collater.al and Brillo have joined forces to give even greater prominence to illustrators who are ready to take us into their world.

Over the next few months, the Instagram profiles of @collater.al and @brillo_magazine will feature the work of these young talents, who promptly responded to the open call launched by the two magazines, and which you can always review here.

Collater.al & Brillo. Together in the name of the love of illustration