Textures of Iceland, there couldn’t be a better title for Nicholas Aspholm‘s photographic series. Nicholas’s passion for photography began many years ago when he was a child and his parents gave him his first digital camera.

Cultivating this passion over the years, also driven by the desire to turn a hobby into something more, Nicholas devoted himself more and more deeply to photography, starting to travel and developing a personal and recognizable style.

As in most of his works, the subject of Textures of Iceland is the cold and bare landscape offered by the northern countries. In Iceland, nestled between the mountains, the water, and the sea, Nicholas Aspholm’s lens was able to capture the different textures offered by nature, which were then enclosed in an almost monochrome series.

The minimal shots of this project capture the viewer, giving back exactly the sensations one feels when, while uncontaminated nature overlooks man, the only thing one can think of is that there are still places like this. 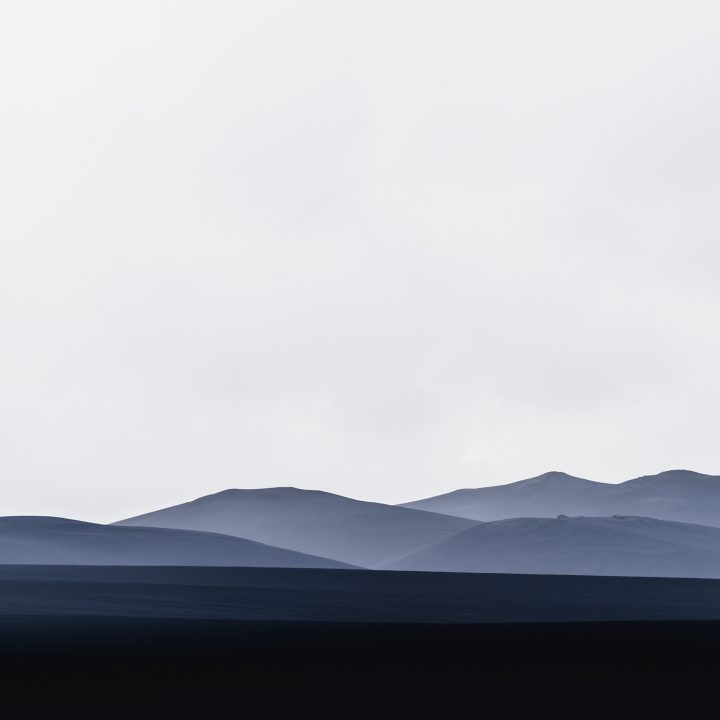 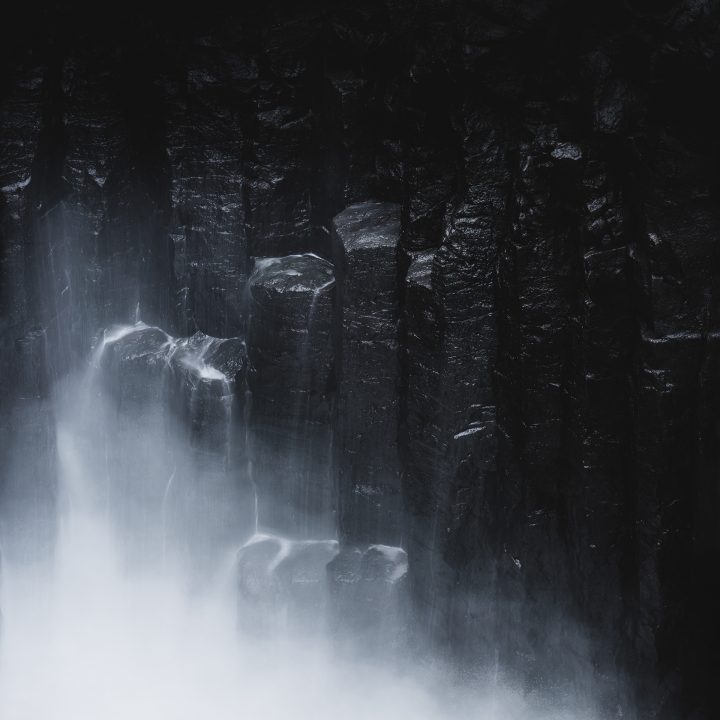 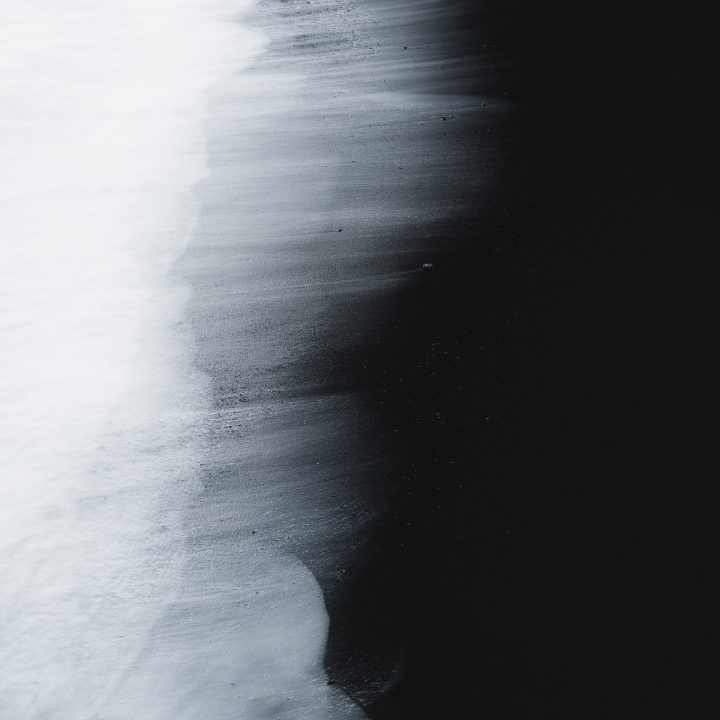 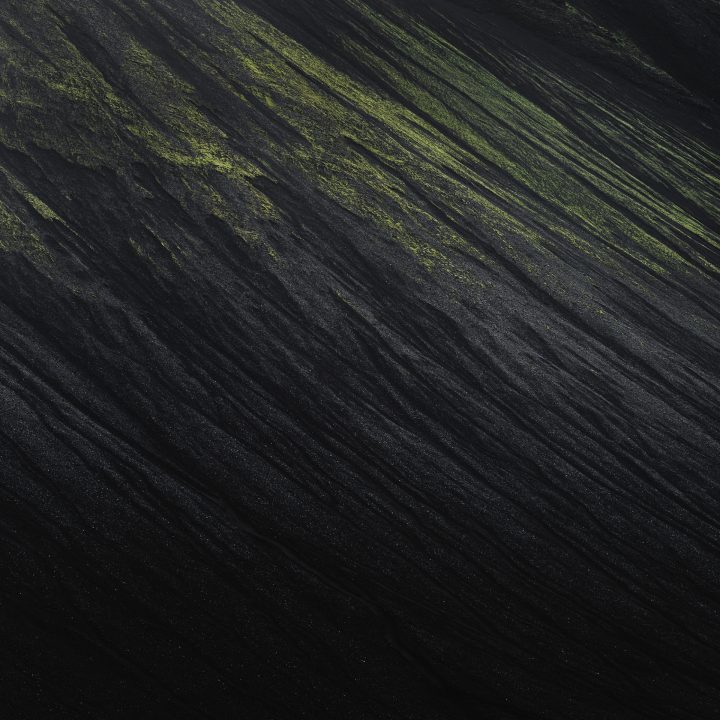 Sometimes a place does not affect the course of a man’s life, which would be the same in every place. Other times a city, a country or a border can represent a boulder on a person’s existence or thousands. This is the case of two countries whose history is mutually linked, indeed fused, Israel and Palestine.

The delicate political situation that influences the life of these two states is now part of our everyday life. It is one of those situations that everyone knows, but few know the real causes. The conflict between Israel and Palestine simply exists.

Intrigued by the latter, the French photographer Clément Chapillon left these countries for the first time in 2010 and, while discovering a different scenario from the one he had learned from the news, he was experiencing the fieldwork for the first time, savoring its beauty and uniqueness. For this very reason, a few years later, Clément returned to Israel and Palestine, this time to devote himself more deeply to a photographic project.

This is how Promise me a Land was born, his photographic series that offers a new and original vision of these places, where, at the center of artistic research, there is not the political situation and tensions, but the close bond between people and the land in which they live, regardless of their creed and nationality.

Promise me a Land becomes a document that shows the signs, the scratches that years of history have inflicted on the landscape and on people’s faces. 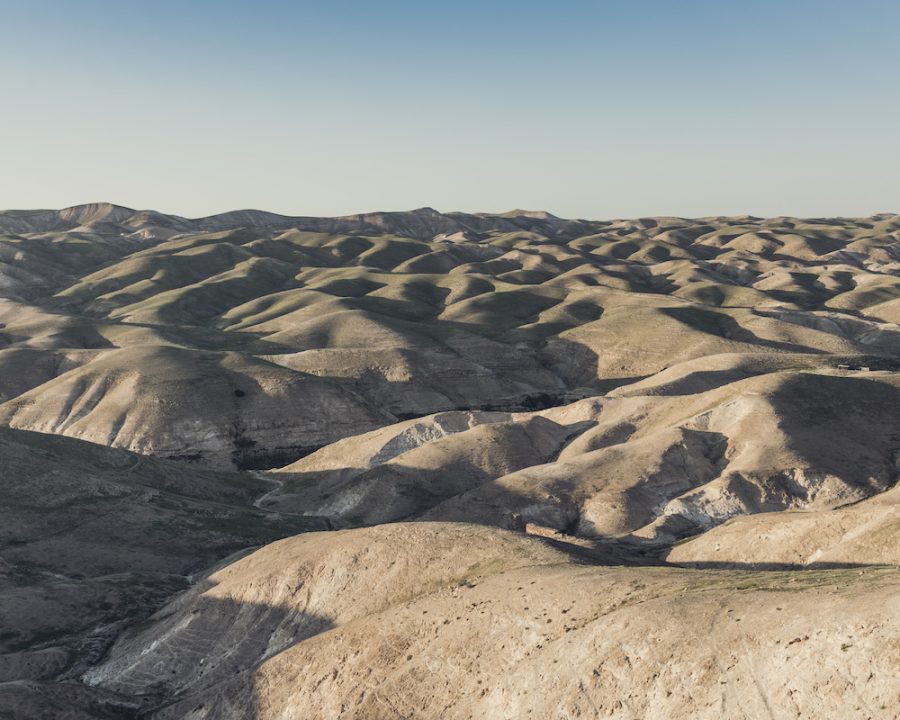 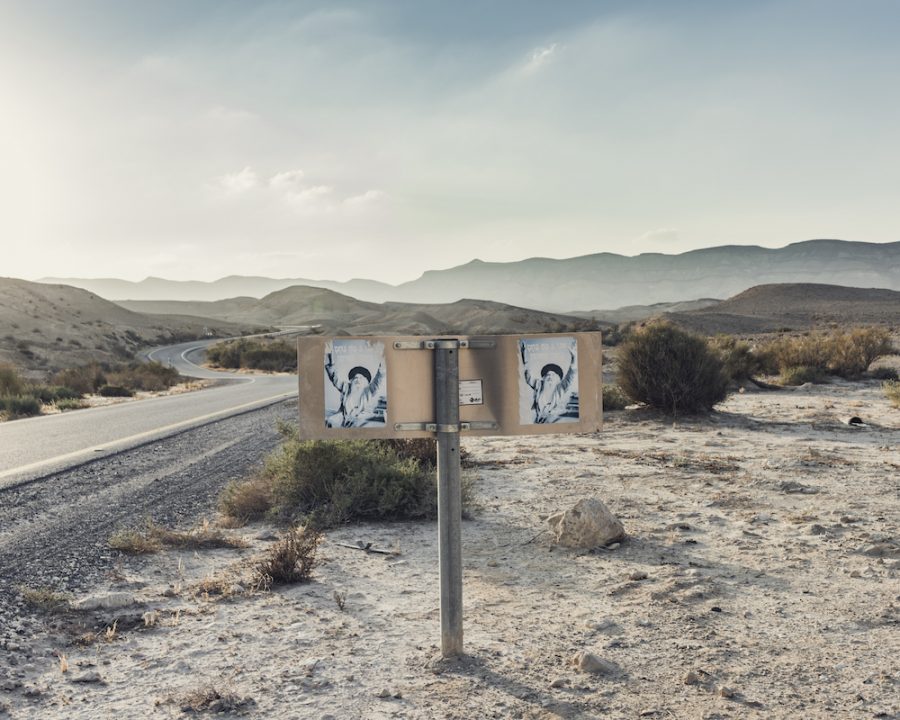 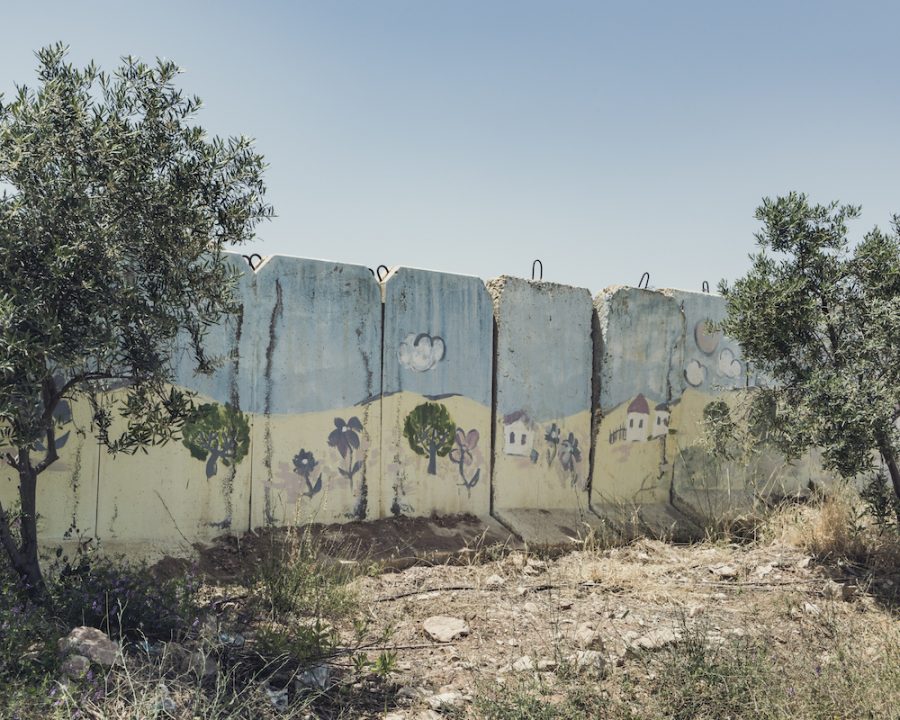 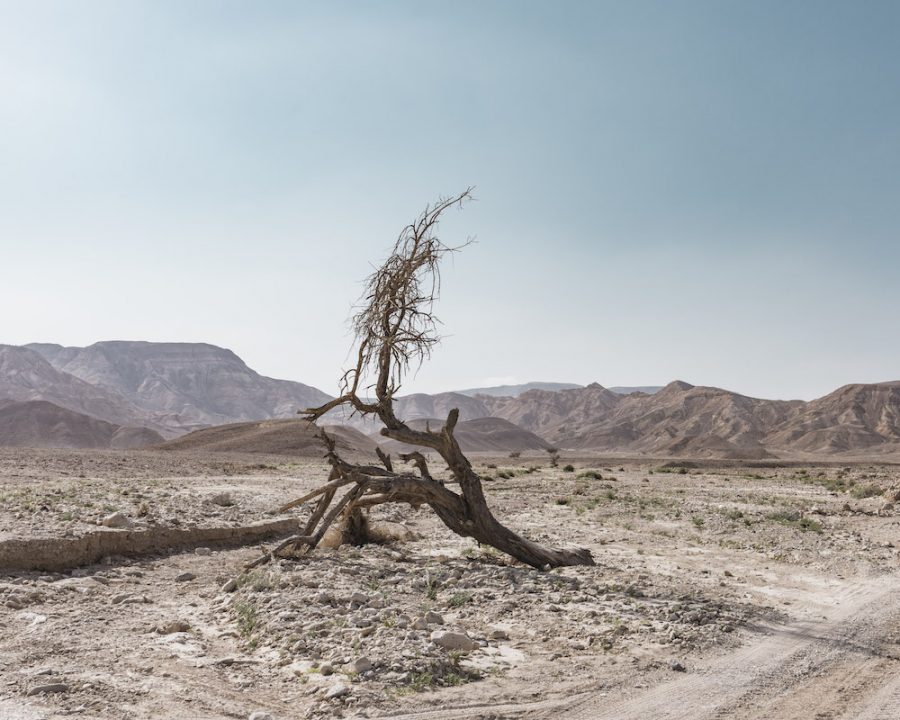 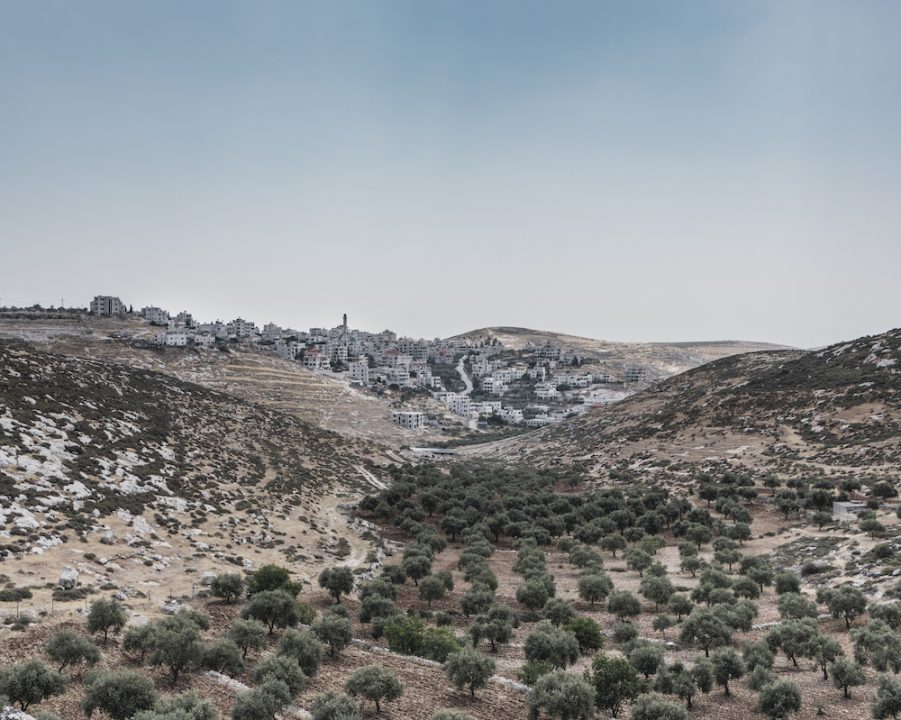 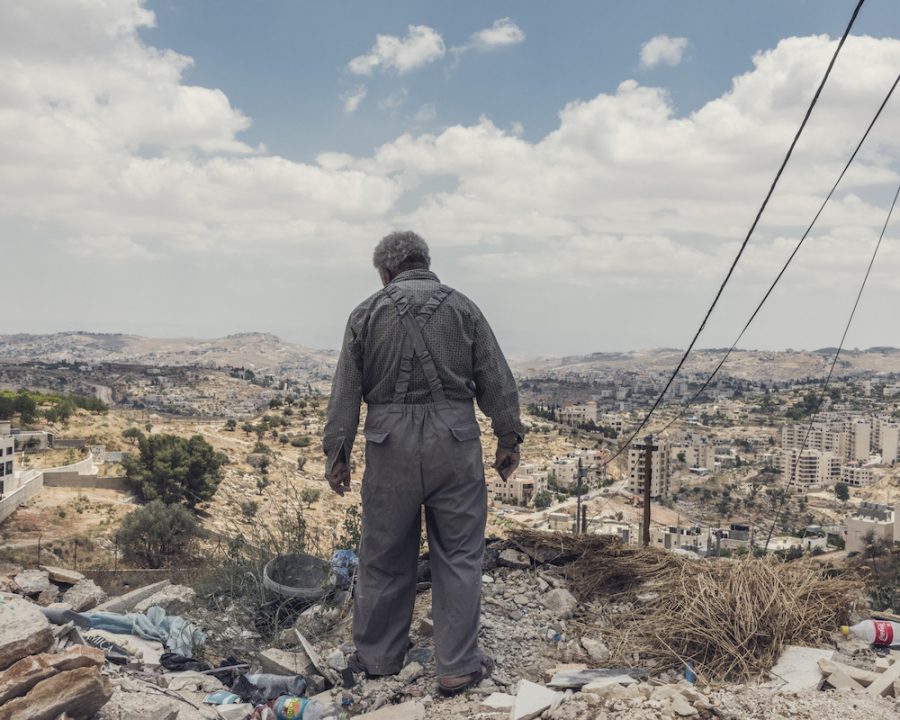 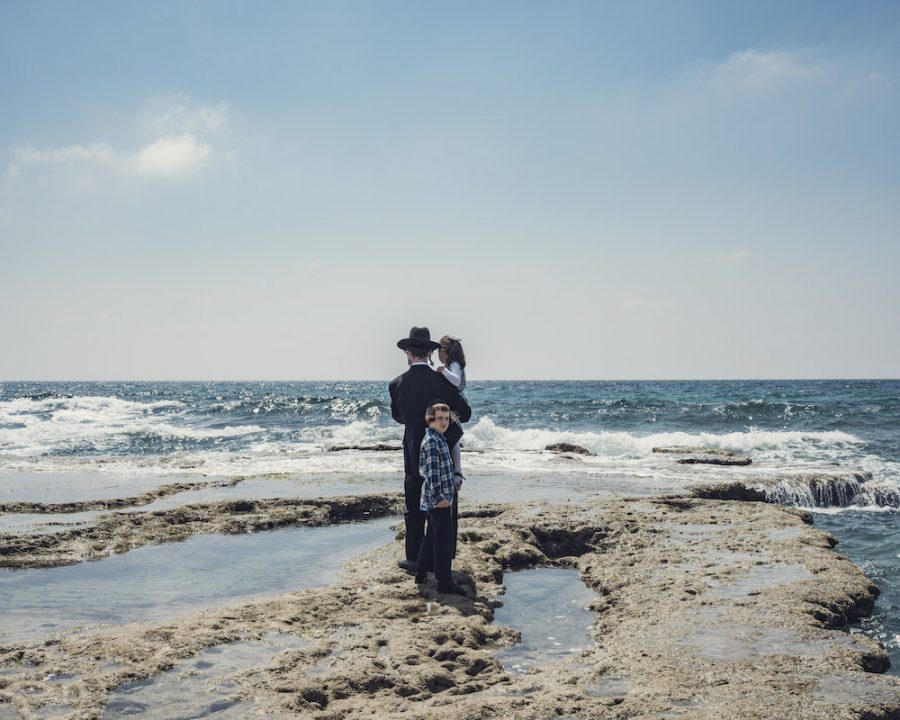 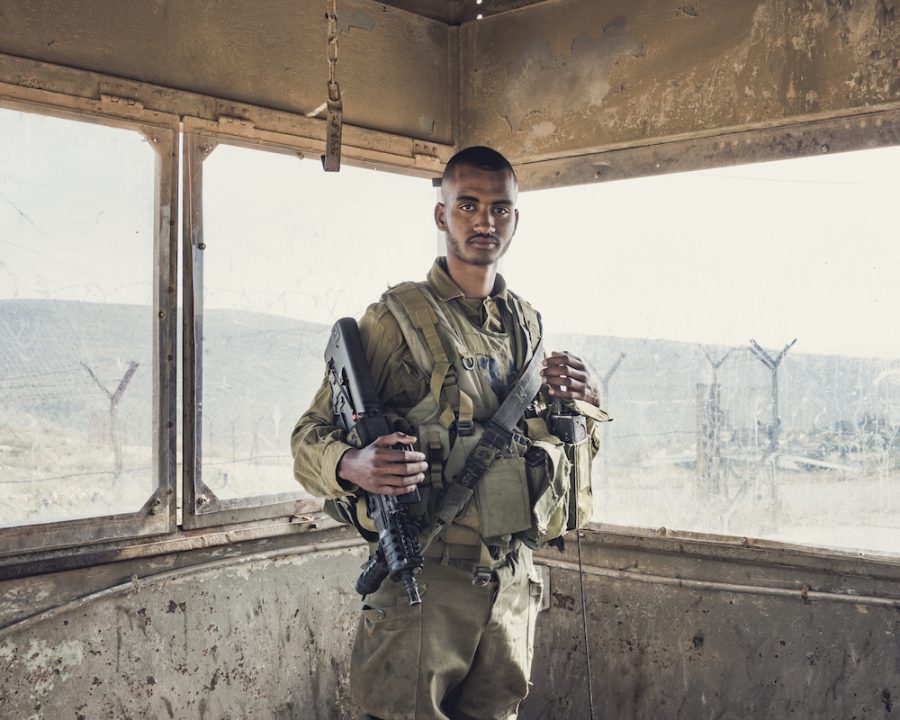 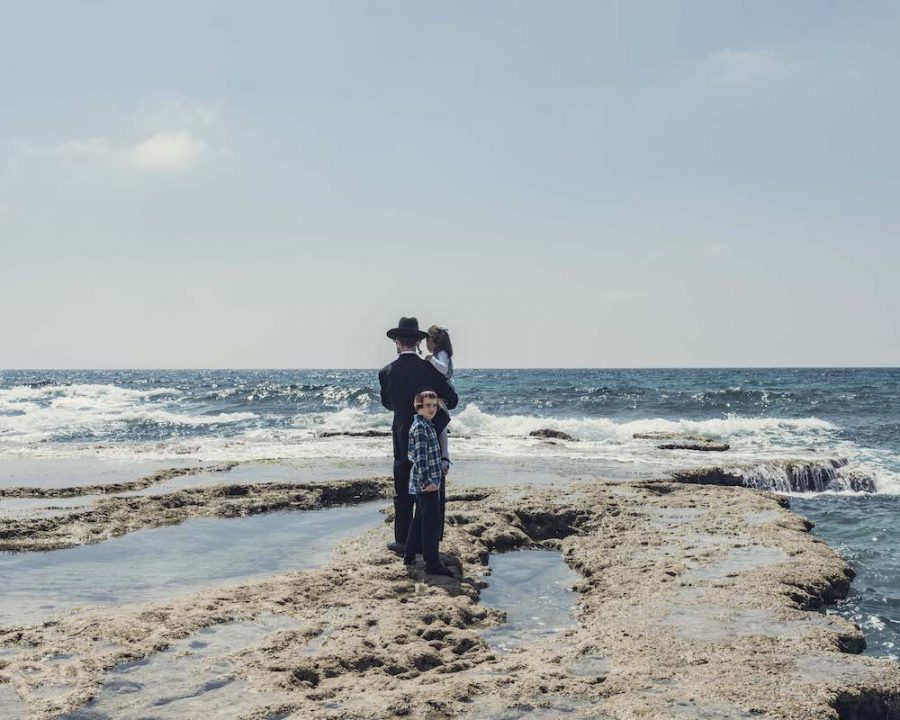 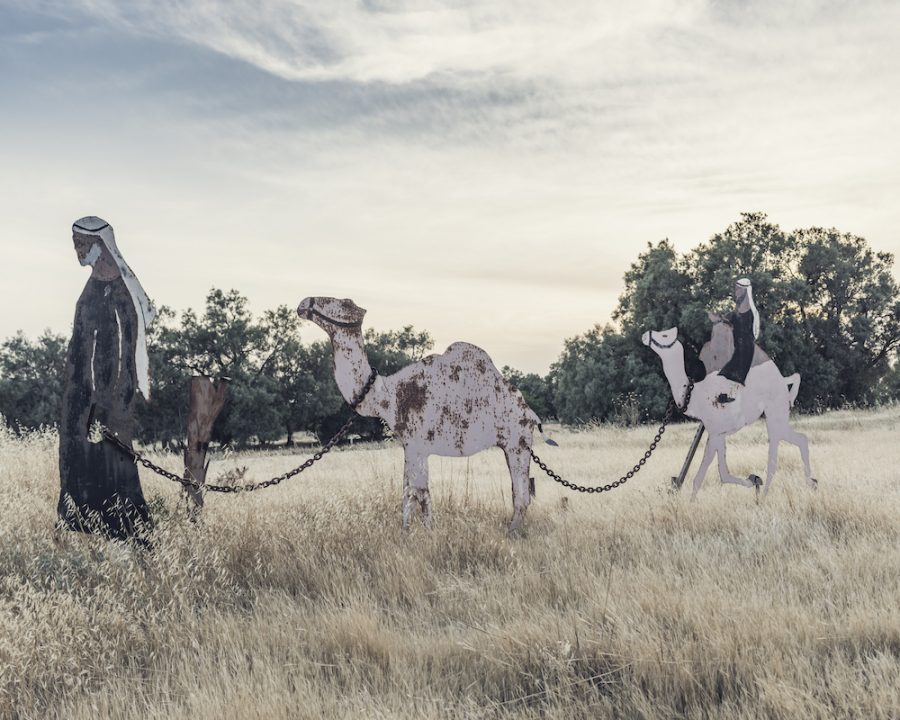 Promise me a Land, a journey between Israel and Palestine

Born in 1995, Francis Delacroix, stage name of Francesco Cerutti, but on Instagram also known as @younggoats, is a young photographer who through his shots has managed to give back to his audience and his fans a unique retrospective of the Italian rap and trap scene and the fashion world.
His films tell stories backstage, behind the scenes, those moments suspended before the start of a show.

To us, at Collater.al he told how his passion was born, what he tries to tell and the close ties he has with both music and fashion. Read our interview below.

Tell us about yourself, your background and the path that led you here.

Before I started getting passionate about photography, I always had a passion for music, both as a listener and as a musician. From the age of 13 to 15 I played in several bands with producer Greg Willen and until the age of 18-19, I always considered music as a possible creative and working environment. The transition to photography took place very gradually, starting as a simple hobby and then becoming a real passion. But I have always had visual influences, since I was 13 years old, especially from CD covers.
I was mega passionate about physical copies, booklets, and packaging. Every day I skipped school to go to Fnac downtown to buy records on records, mostly metal/alternative, and many times I was attracted by the visual influence of the bands I listened to, rather than the music. I used to buy CDs that visually impressed me and then maybe listening to them made me sick.
So I unconsciously started to assimilate the visual language that I was able to express through photography.

David Bowie, Jimmy Page dressed head to toe in a Nazi fashion uniform, Tyler, The Creator with Supreme and Stray Rats, Dave Mustaine in a black fringed jacket and chrome bullet belt; all these were examples of musicians I listened to and impressed me so strongly from an aesthetic point of view that the idea of expressing myself visually began to take hold. The final switch from one field to another happened when I returned from the States to Italy, when I started to dedicate myself body and soul to photography.

It seems that in the field of photography the taste is turning from digital to analog, how do you explain this trend and what led you to shoot on film?

More than a trend, I’d call it a return.
Then, even during the period from 2000 to 2010, when digital was predominant, there were high-level photographers who continued to shoot on film, so let’s say it never totally died as a use.  I started shooting on film when I started shooting, as I already had some old cameras in the house. I was also inspired by groups like Odd Future, who always had photographers following their dates and adventures and always shooting on films, like Sagan Lockhart and Brick Stowell. I started out shooting in 35mm, then my style evolved, first to 6×4.5, and finally to 6×6 and 6×7.

One of the projects that introduced you is definitely the one that tells the Italian rap and trap scene. Tell us how you got the idea for this photographic series and how, in environments like backstage tours, is it possible to capture the right moment to shoot?

More than an idea, because the idea to shoot backstage tours is not a novelty at all, it was a necessity. Having just returned from the United States in Fall 2016, I had missed the explosion of the Trap scene in Italy, so it was my curiosity and desire to understand this phenomenon that made me start shooting the scene in ferment. Having accumulated a lot of material I was able to realize two exhibitions: “Celebrity” in Rome and “Backstage Diaries” in Milan, realized together with my favorite Italian photographer Bogdan Plakov, who also had a lot of unpublished material to exhibit.

After the music scene, you switched to fashion. What is your connection with it and how did this transition take place?

In my opinion, the border between the current music scene and the fashion scene is very thin, given the deep mutual influences, in fact, for me, it was a fairly instantaneous, very natural transition. When I was attending the Dark Polo Gang, in the end, the topic that always came back to was fashion, whether it was talking with them about brands I didn’t know at the time, about influences in the videos with their Art Director DarkTmd, or going backstage with them in the fashion shows.

It was a necessary step for me from a creative point of view, which opened a lot of doors for me and made me mature considerably from an artistic point of view. However, I don’t define my relationship with the Trap scene as finished, on the contrary. I simply live it in a different way, working more like an Art Director of projects instead of a simple reporter, so that I can express the aesthetic values and the artistic citations that inspire me. The case of FSK TRAPSHIT (and its re-pack, REVENGE) is the perfect example. It’s a project that excited me right from the start and in which I was able to visually insert many elements that belong to me, both from the music and fashion world.

What aspects of the fashion world do you try to bring out through your shots and why?

My relationship with fashion was very simple and I focused my research to reach only one goal: the iconicity of the photo through the subject. Bailey, Avedon, Mick Rock, O’ Neill, Terry Richardson, and the simplest portraits of LaChapelle.
These are the biggest influences in my photos.
In my work, I always try to combine portrait photography with fashion, in order to make the relationship between the viewer and the person being shot more immediately. As in Bailey’s work, Fashion doesn’t mean sets with a thousand props or mega-patinated photos, but simply the style that the subject can demonstrate in front of the camera. The attitude with which a person arrives on set is everything, without that, you can’t create an iconic photo.

Silence. This is the first word that comes to mind when you look at the shots of Graeme Haunholter, a Canadian designer and photographer. His favorite subjects are urban landscapes, building shapes, façade lines, and color contrast.

In addition to ordinary scenery, from streets to beaches, Graeme has also captured Ricardo Bofill’s Muralla Roja, the Getty Museum in Los Angeles, and the Yves Saint Laurent Museum in Marrakesh in a unique way. The one returned by the photographer’s images looks like an empty, desolate world, where nature is perfectly aligned with the lines of the city and everything blends into a game of joints and geometric figures.

Browsing through his photographs is like taking a walk in the city and being captured by the patterns we are surrounded by every day, by the colors of the plasters, by the little nature that survives here and there.

Discover a selection of Graeme Haunholter’s photographs below. 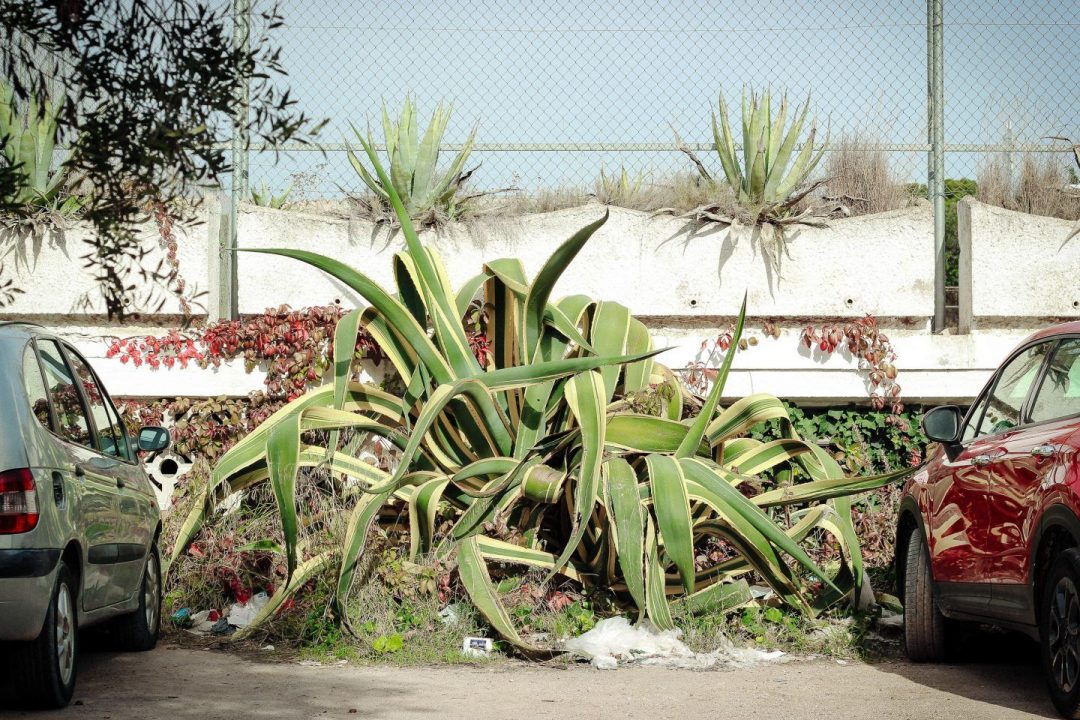 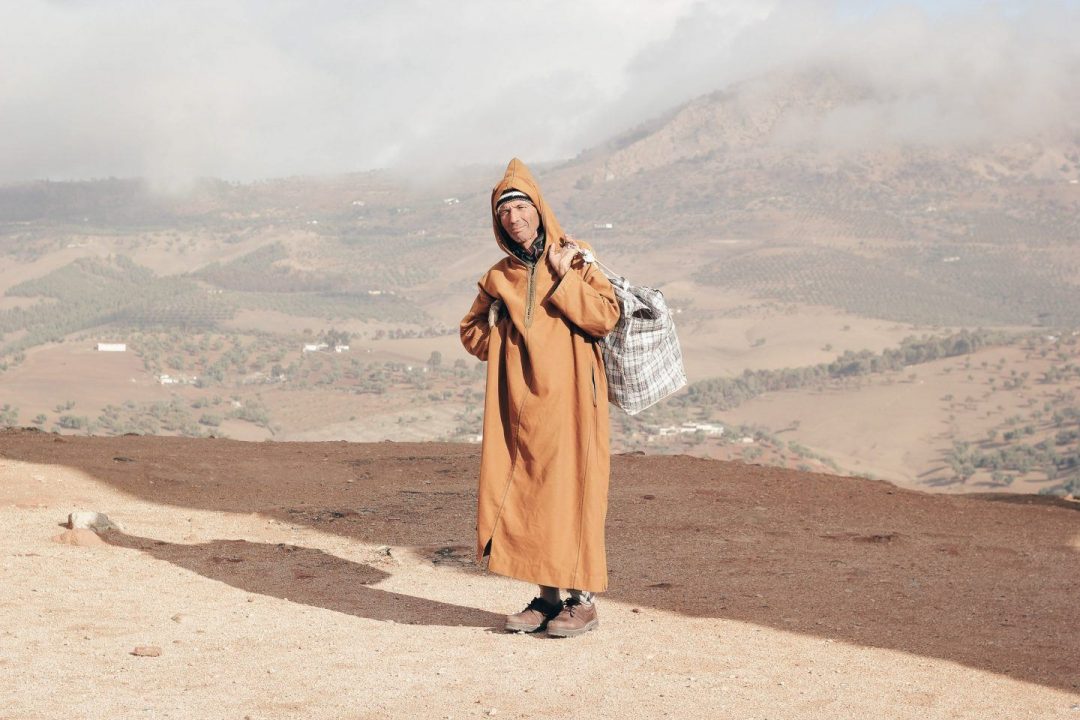 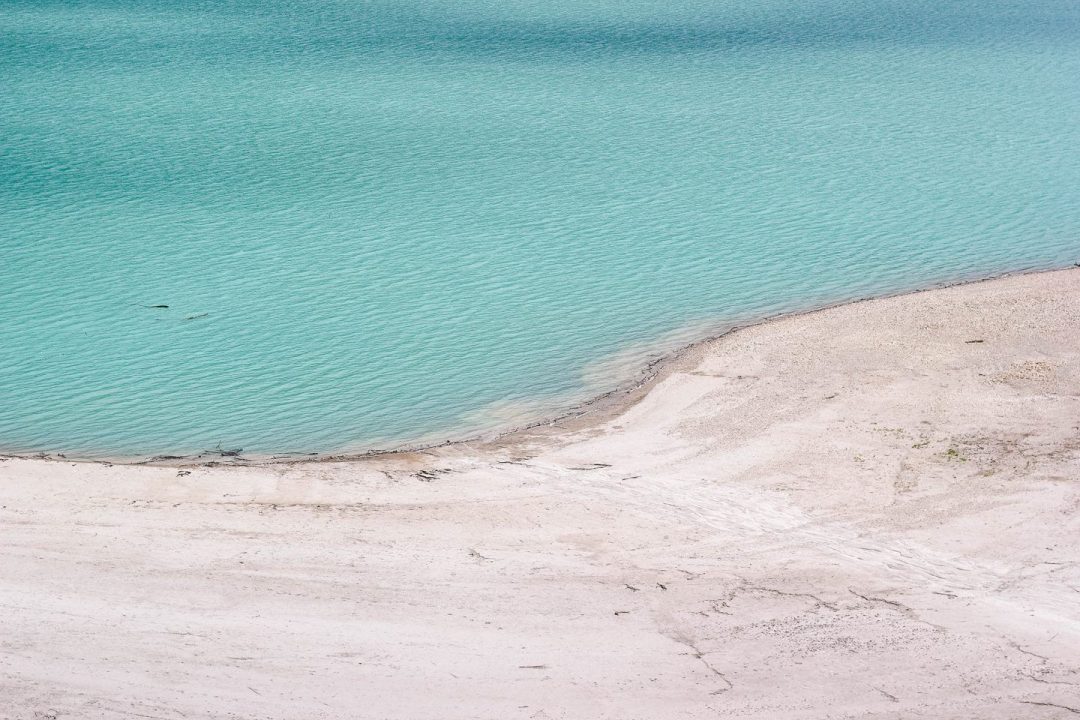 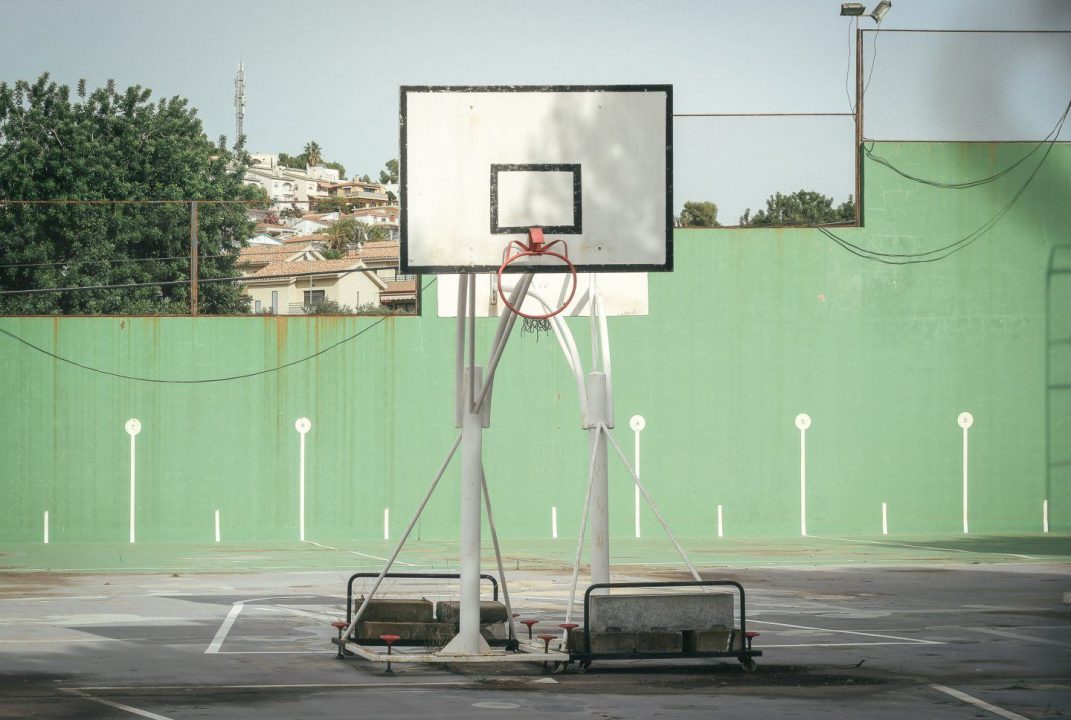 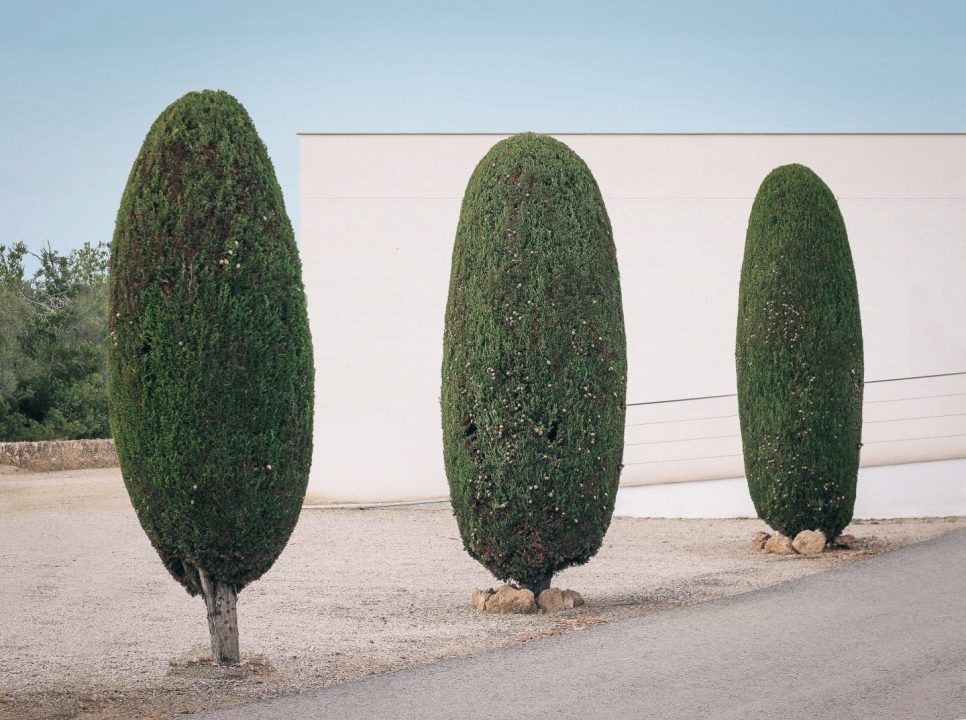