Julia Holter – Les Jeux to You

Julia Holter has shared the new video for “Les Jeux to You”. The back and white visual – directed by Geneva Jacuzzi – is inspired by Jodorowsky’s “Fando Y Lis” and finds Julia eating roses, getting wheeled around in a wooden cart, holding old dolls, and exploring the psychology of self-destructive relationships.

Natalie Mering aka Weyes Blood has announced her forthcoming album “Titanic Rising” with a release date of April 5 via Sub Pop. In this 70’s-inspired horror clip for single “Everyday” she looks like Romina Power (but when seen through Dario Argento’s eyes).

Even if we haven’t found Devendra Banhart (sigh!), this video for SASAMI’s new single “Free” is really cute (especially in the final scene).

Mahalia – Do Not Disturb

I’m putting myself on Do Not Disturb.

Fur – Him and Her

If you like The Strokes and Twister game, you’re in the right place.

The Spanish pop diva Nathy Peluso has shared the video for Natikillah in which she sings around a table full of “frijolito, hueva y mayonesa”, or riding on jet-ski, or walking on a red carpet.

“You’ll be okay, You’ll be alright” in this pastel-pink comfort zone.

Weezer – Take On Me

OMG! OMG! Finn Wolfhard stars as Rivers Cuomo in the new video for Weezer’s version Of “Take on Me”. Finn plays with his band (Calpurnia) and shows some cute sketches from his work book.

Drop what you’re doing and take a trip to space with Normani and 6LACK.

10 videos you need in your life this week

From Paris to New York, via Munich, Los Angeles, Hong Kong, Beijing, Milan, and New Delhi, the New York Times‘ “The great empty”, a new project recounts the lockdown caused by Covid-19.
More and more countries are forced to adopt more or less severe exit restrictions to fight the pandemic. While countries like Italy have adopted total containment rules, other countries have so far “simply” closed a multitude of housing areas. The whole world experiences an unreal atmosphere, public places are abandoned by people and supermarkets are stormed.

The New York Times presents his project at its best: “This current vacuum is a health necessity. It can make you think of dystopia, not progress. But in the end, it also confirms that, by listening to the experts and staying at home, we have not lost our ability to unite for the collective good. These images haunt and will haunt you, they look like apocalyptic films, but in a certain sense they also convey a message of hope“.

The New York Times project contemplates the emptiness created by isolation in places that are usually crowded, chaotic, full of people, but now empty. A way to illustrate and remember the radical change in our habits in these times of global health crisis.
From tourist places to small typical restaurants, it is the absence of life that upsets these clichés, each one more suggestive than the other.

Shots that count the silence of many cities, with the hope that we can return as quickly as possible to everyday life.

“The great empty” a project by New York Times

It’s not the first time we talk about Nguan, previously we had dedicated an article to his project that tried to show the concept of globalization through images taken in the streets of cities full of people.

Now let’s talk about Nguan again because since then we have continued to follow him and his new works deserve more space.

Among his projects that impressed us the most is City of Dreams, a series of photographs taken in Los Angeles, par excellence a city where people go to make their dreams come true. Unfortunately, not everyone makes it and sometimes the capital of the film and entertainment industry hides corners where dreams are dead, evanescent and lost. 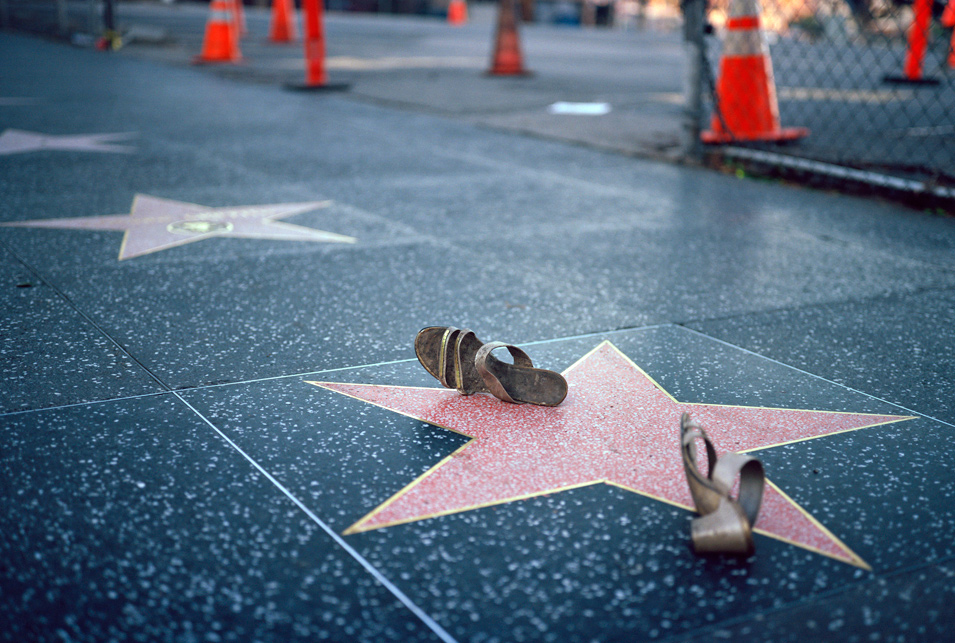 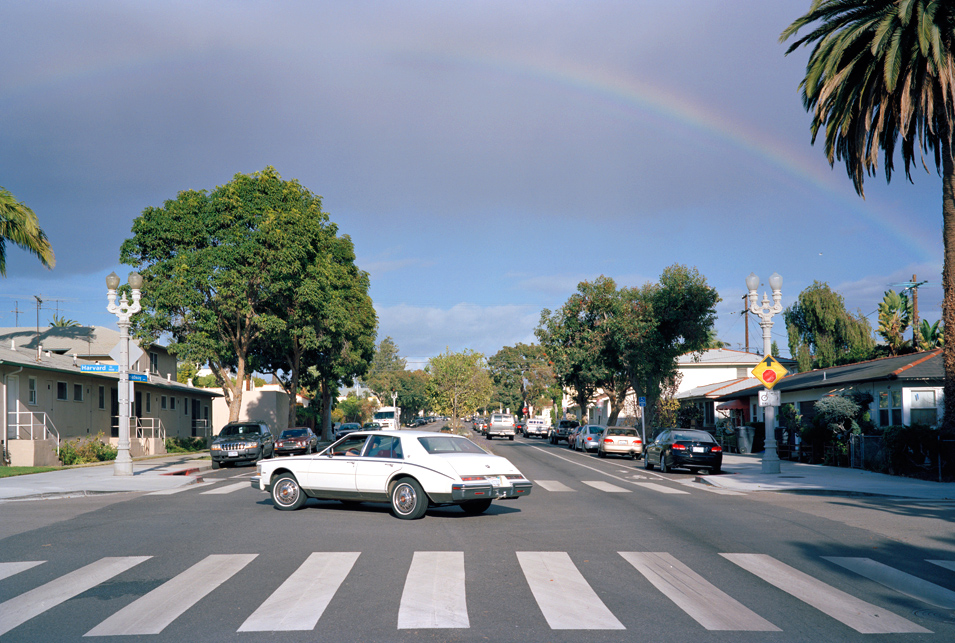 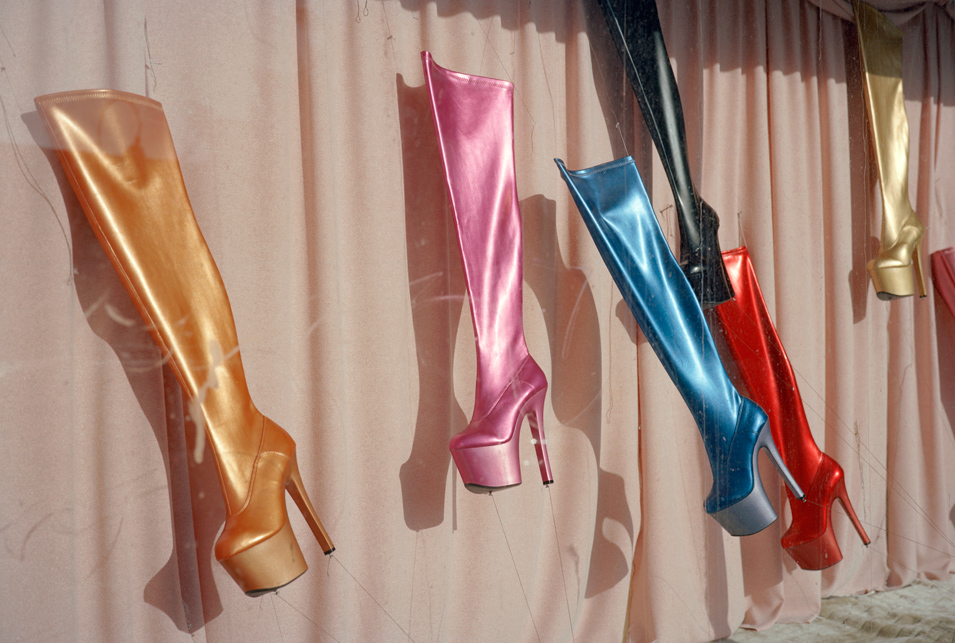 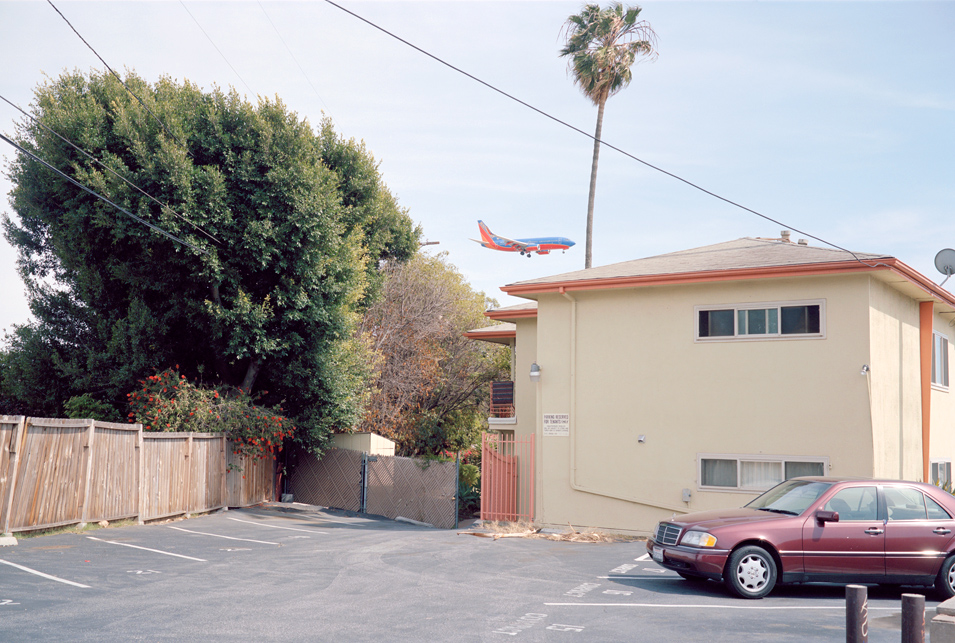 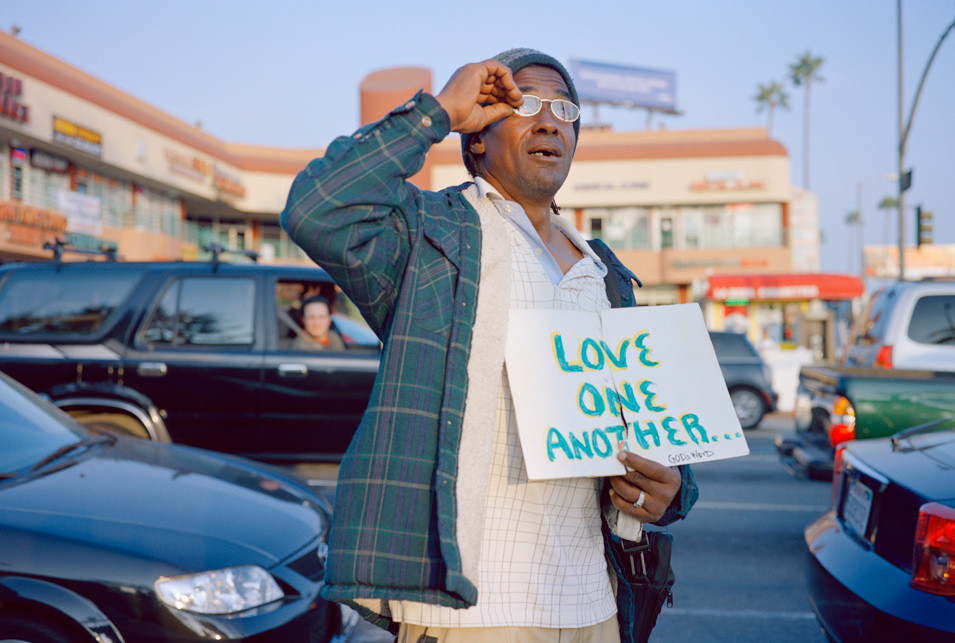 But if you take the time to take a ride on the Instagram profile too, you’ll discover a different Nguan that offers us almost dreamlike views of cities, illuminated by the light of a sunset that always makes everything more beautiful. Among the many shots, below you can find a selection of photographs taken inside a ferry, where time seems suspended and people are waiting, bored, to arrive at their destination. 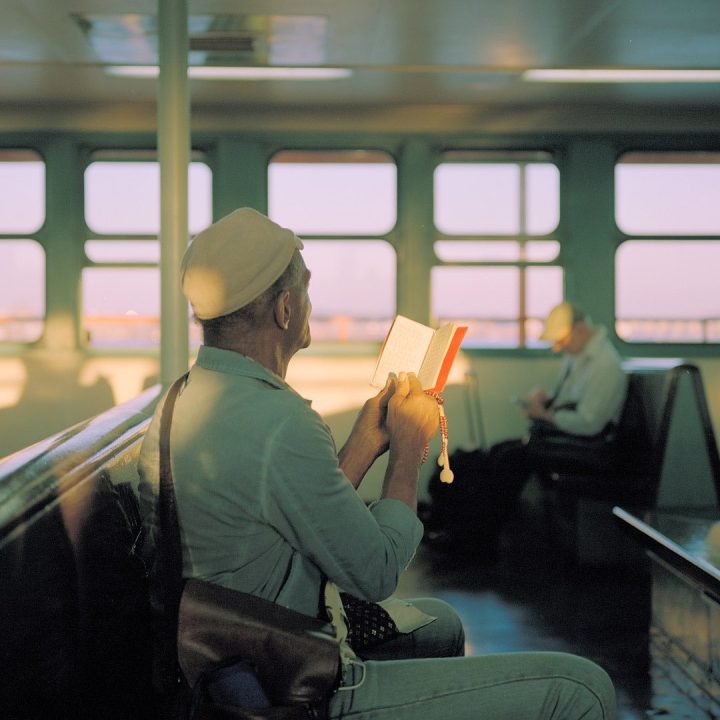 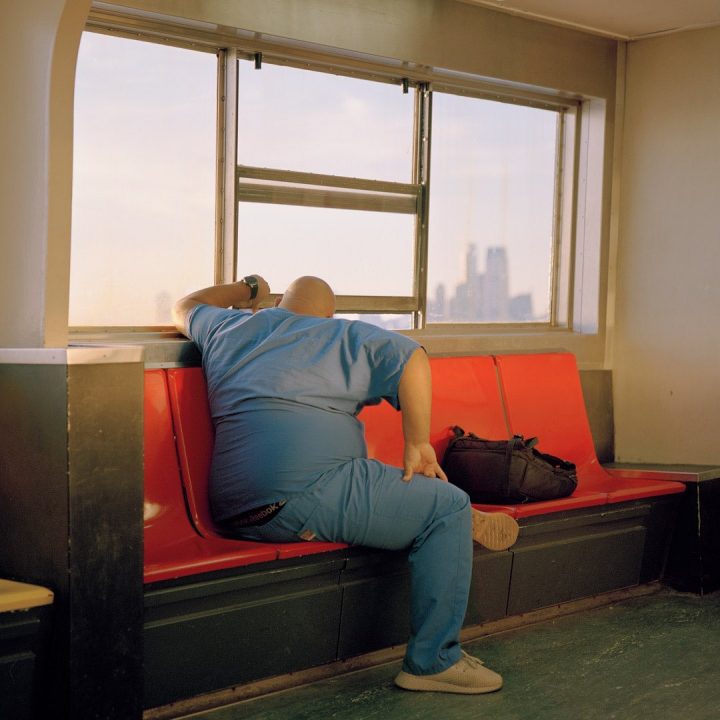 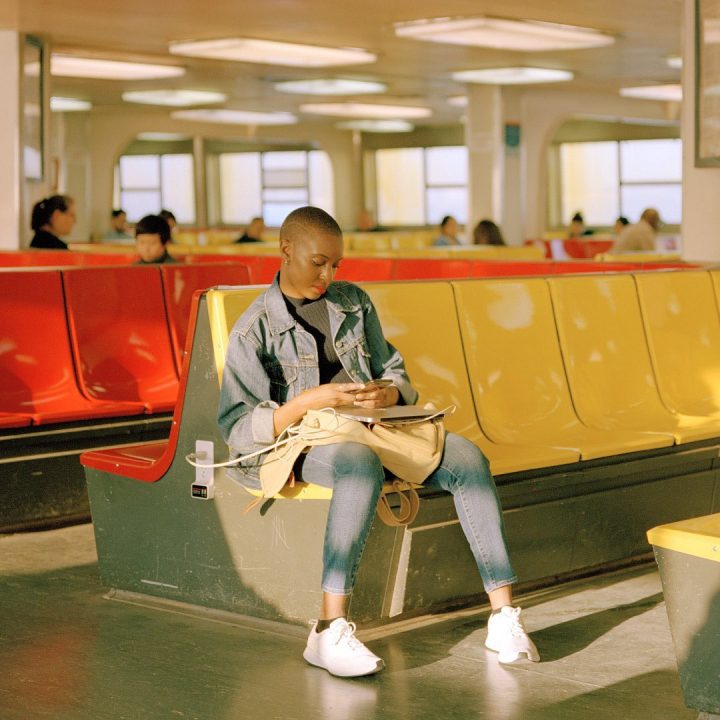 Nguan’s is a delicate world, which surrounds us but often we are not able to see.

The magical atmosphere in Nguan’s shots

Still life has always made us immediately think of something static and detached. After all, what do we expect from a genre that in Italian takes the name of ‘natura morta’. To be able to transform it into something eventful and involving is almost impossible, but someone has succeeded.

Michael Crichton, the name behind which also hides that of his creative partner Leigh MacMillan, has completely revolutionized the concept of still life with his shots that capture food, as in any still life that wants to be respected, but under a totally different guise. You only need to take a quick look at projects like Conceptual Food to understand that, contrary to what we have always thought, still life is a genre that knows no limits.

Forget perfectly laid tables, fruit baskets and food positioned in favor of the spectator. The food photographed by Michael Crichton flies from one side of the room to the other, suspended in the air just before it pitifully lands on the ground. The only things left on the table are the shadows of slices of bread, cups of coffee, eggs or mustard.

The impressive thing about Michael Crichton’s shots is that, despite the great work in post production, every single food we see has actually been thrown in front of the camera lens, not once, not twice, but countless times before we get to the perfect result, so perfect that we find it hard to believe our eyes.

In addition to being aesthetically satisfying, Michael Crichton’s result has resulted in McDonald’s, Nutella or Kellogg’s a new, fun and dynamic way of presenting a product.

Ready to see the ordinary turn into the extraordinary?!

Blackbird fly, blackbird fly / Into the light of the dark black night, sang the Beatles more than fifty years ago, and it is this song, and its message of freedom, that inspired Jamie Johnson in the choice of what is now her stage name, Birdee.

Birdee has been shooting since 2014, when she started with self-portraits. Today, her photographs taken mainly in analogical form are able to analyze the themes of femininity, strength and grace.

The young girls who are the protagonists of her shots are beautiful, carefree, suspended but not for this reason they are not determined and tenacious. Moreover, the fact that we almost never show their bodies in full and often hide their faces helps us to identify with them. They are nobody, so they can be anyone, even ourselves.

Scrolling through Birdee’s website or her Instagram profile, you will notice that in addition to female figures there is also another element that always comes back in her shots, real water. It almost seems as if the graceful covers of the girls who shoot are transformed in contact with the waves of the sea or a swimming pool. The little bubbles that caress the skin give light and life to the images.

Discover a selection of Birdee’s photographs below.

The freedom without veils in Birdee’s shots