Redefining the concept of beauty today seems to have become one of the most important missions in the panorama of contemporary photography. Diversity You is Marta Syrko‘s project modeled to rethink the concept of beauty as the interiority that reveals itself to the outside, enhancing imperfection as a trait of originality that makes us human.

Marta’s images aim to draw attention to tolerance towards those who are considered different and seek to raise a debate about globalization and the shared idea of universal beauty.

The various stories follow one another in their intensity and tell of how a small physical difference, a disease or the signs of an accident, can affect the existence and perception that you have of their image, in a society that seems to see nothing else. Are we just what others want to see about us?

Take a look at our gallery and the artist’s website. 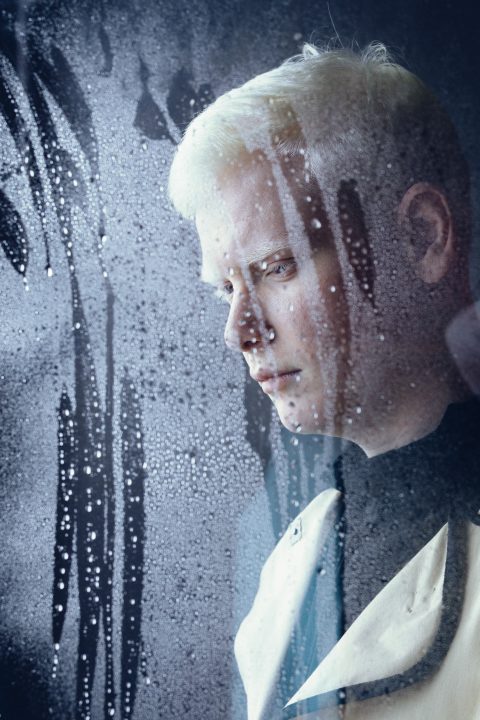 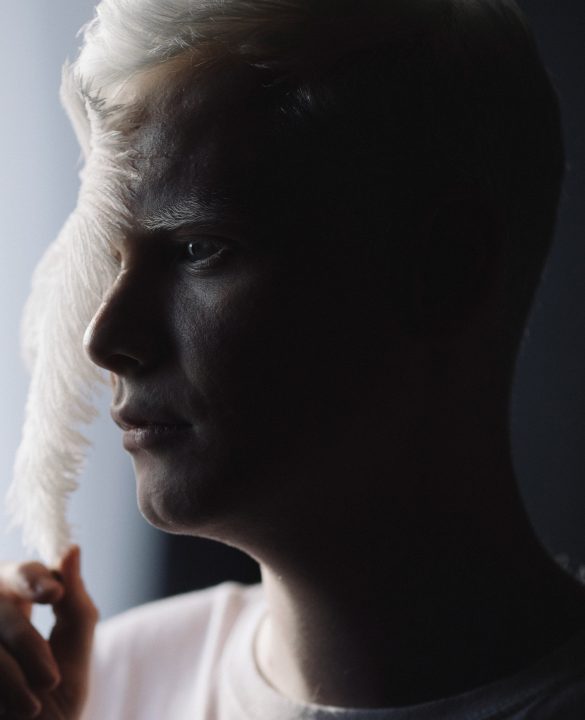 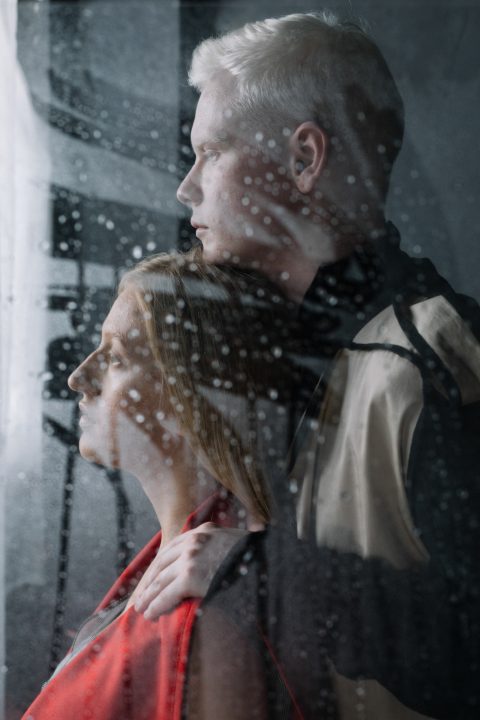 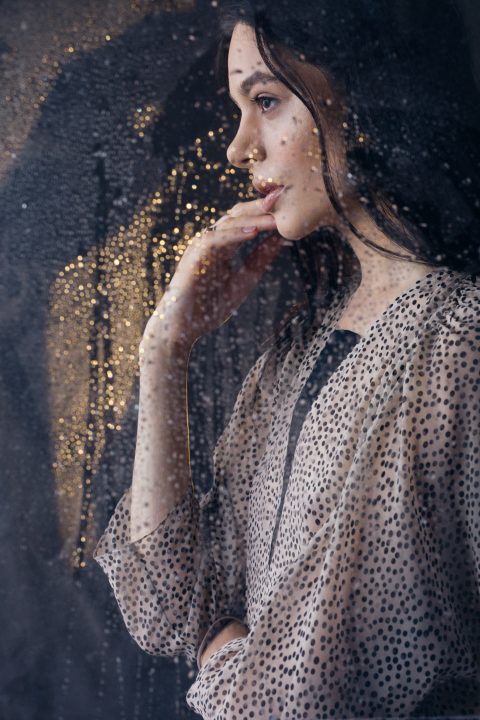 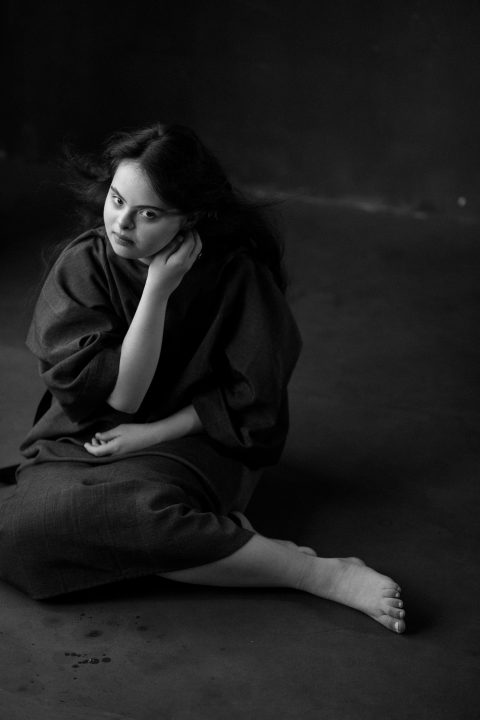 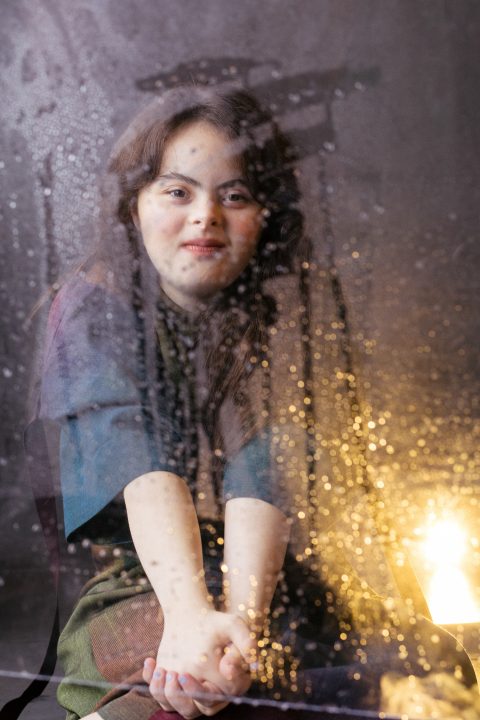 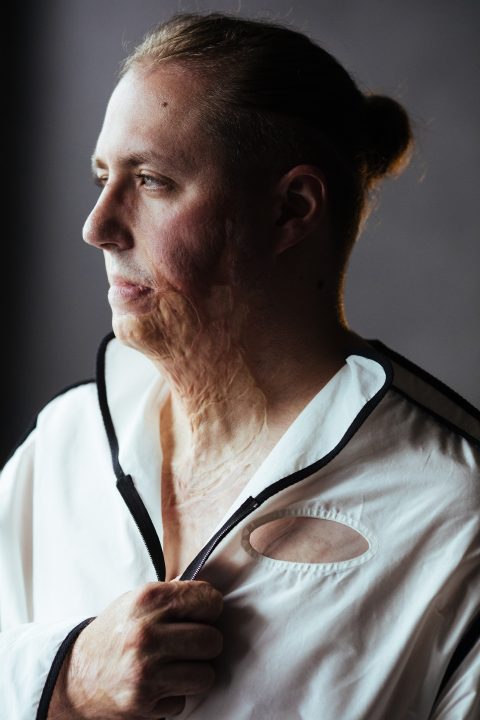 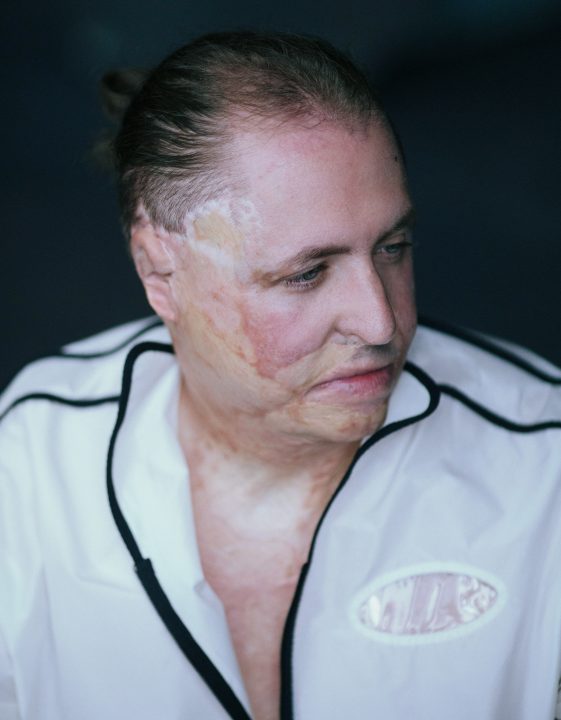 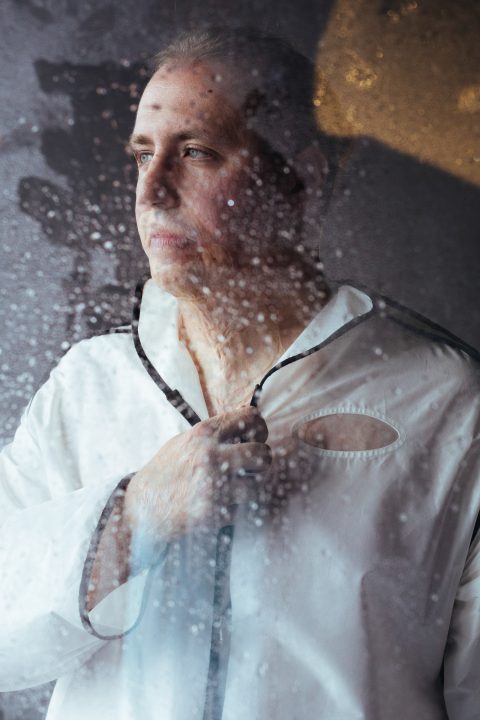 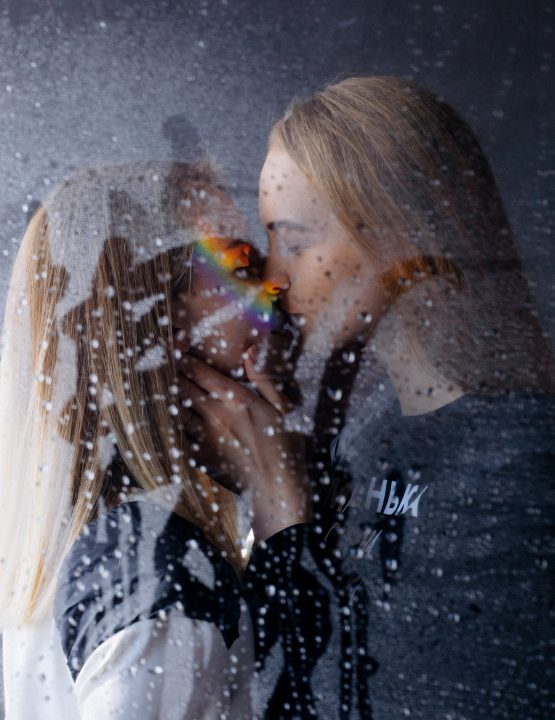 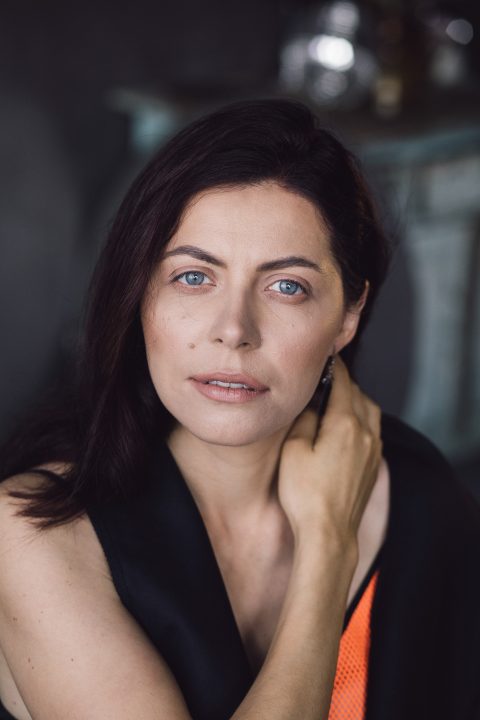 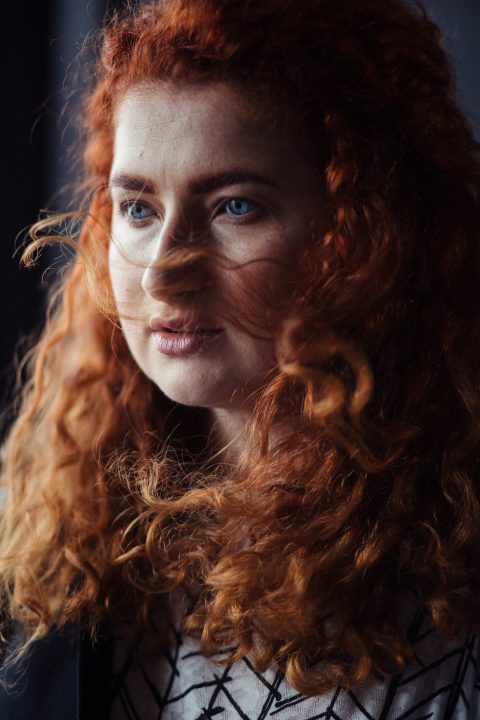 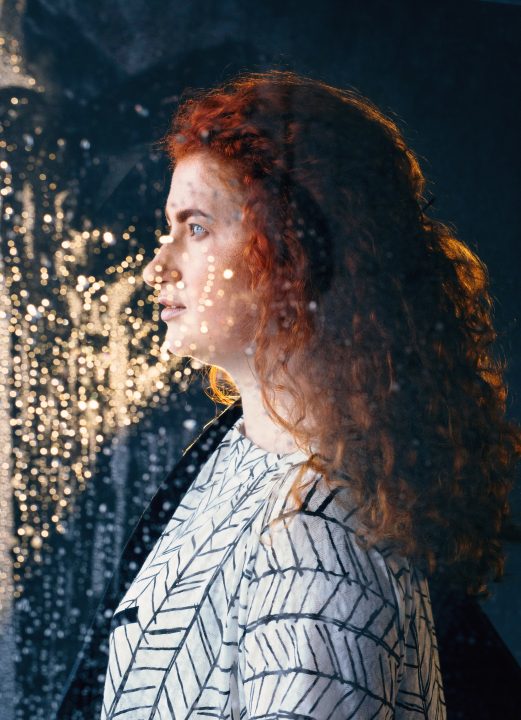 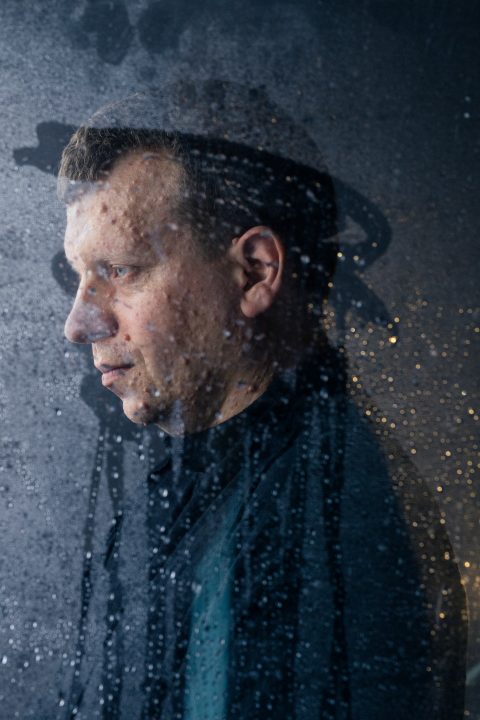 Diversity You, the beauty according to Marta Syrko

Marco Argüello is a Texas-based photographer who, after moving to Miami, immediately felt fascinated by the “eccentric sun worshippers” of South Beach. Ultraviolet is a photographic project that captures the bizarre and extravagant poses of bathers, often extrapolated from the crowd. As the title of the work shows, Argüello uses sunlight, which almost attacks the characters in his images, to paradoxically highlight the immense solitude of those who populate these immense beaches.

All the images were taken with a film camera, trying to decontextualize and isolate the plastic power of each character, which is almost a statue. It is no coincidence that these sun addicts are grotesque: all this is part of the stylistic choice of the artist, which brings out the overall surrealism of the images, especially in the shots in which groups of bathers are the protagonists.

You want to look away yet you can’t stop staring.

The result is a series of highly voyeuristic images, which forces us to look without feeling “guilty”.

Nature is an infinite spectacle but closed in our claustrophobic cities it is increasingly difficult to enjoy its beauty. Luckily, there are those who dedicate their souls and their bodies to the discovery of faraway places and, through breathtaking photographs, manage to restore all their charm.

One of these is Gábor Nagy, a photographer from Budapest, who went all the way to cold Iceland to create his latest photographic project entitled “River Paintings“.

Gábor’s eye was especially captured by the colors of the earth and the landscape, so he decided to photograph them from above. The result? A series of shots reminiscent of watercolors in which strips of ochre, ochre, sky blue, grey color blend together to create hypnotic patterns.

Gábor Nagy himself describes River Paintings in this way:

Like watercolor on canvas, these glacier rivers are braiding their way through the Highlands of Iceland. I was always fascinated by the abstract forms of the Icelandic glacier rivers. The colors are vital nutrients as the river collects from the soil and carries for the ecosystem. After searching for new patterns and new locations on Google Earth for several months before my missions, it’s always good to finally see these extraordinary shapes with my own eyes. 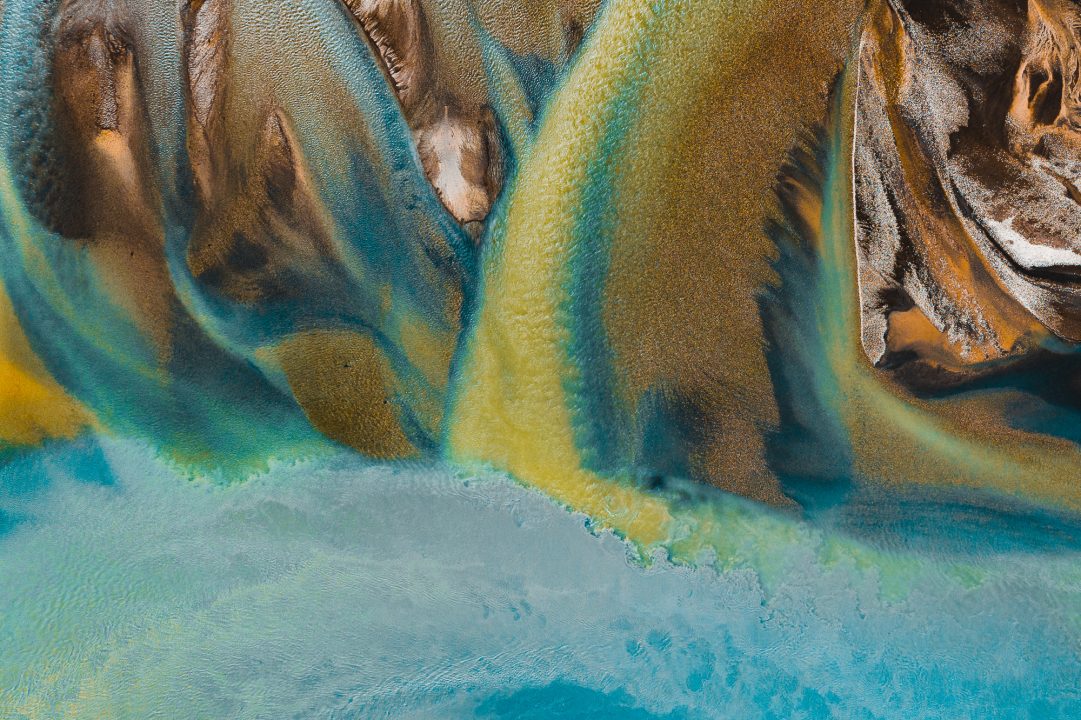 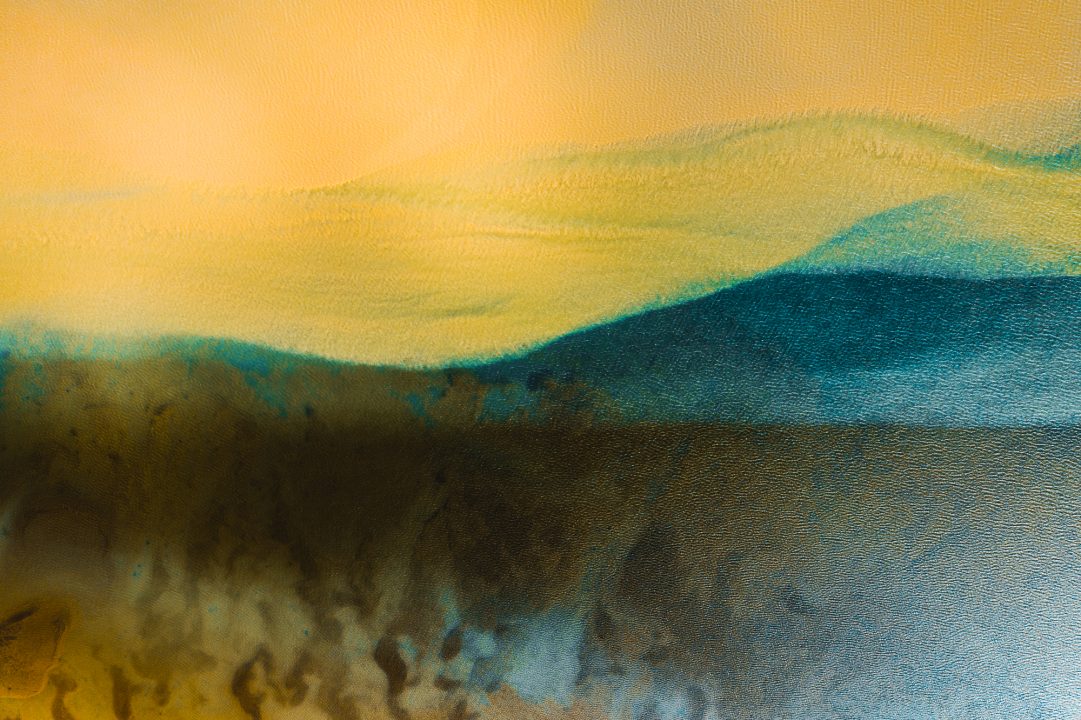 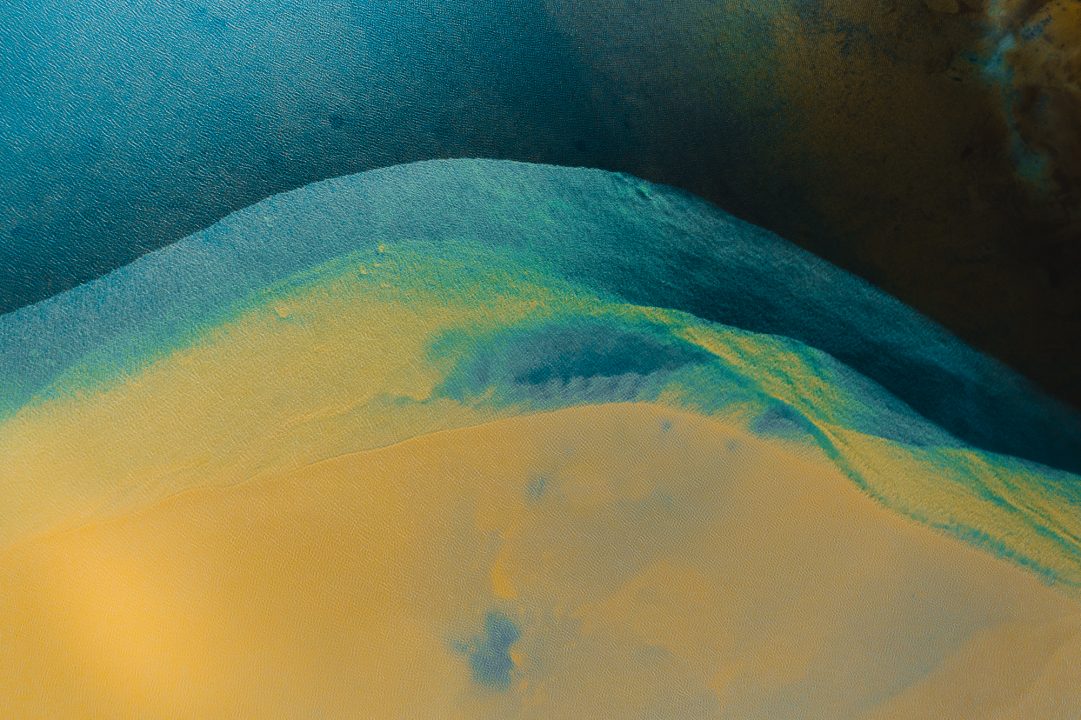 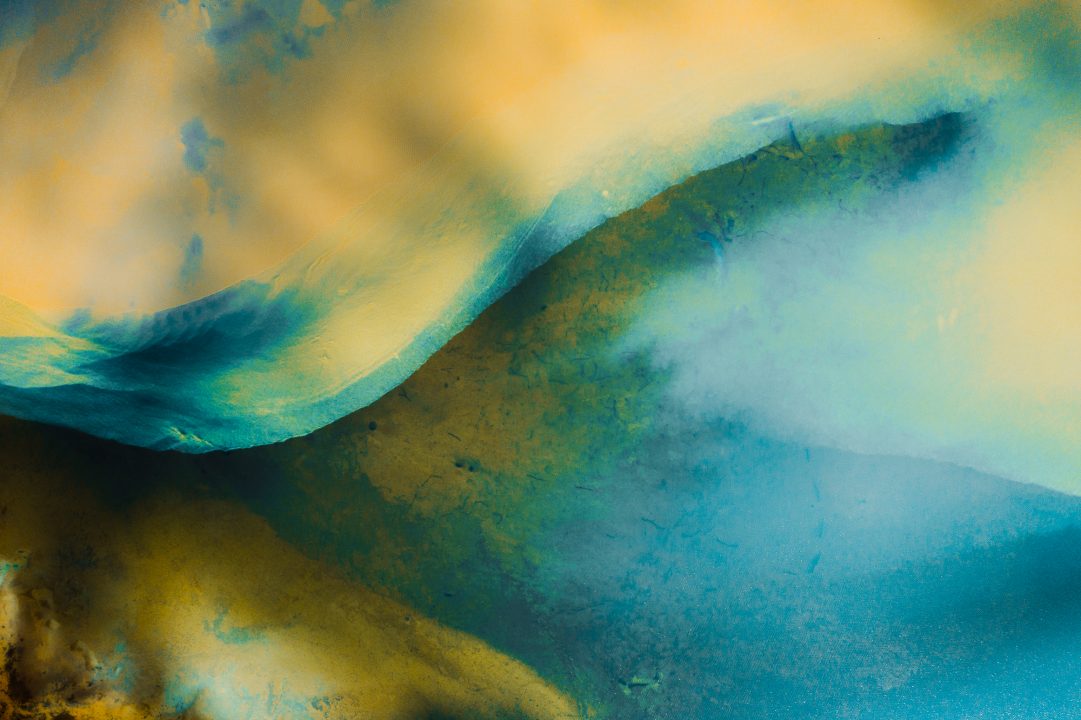 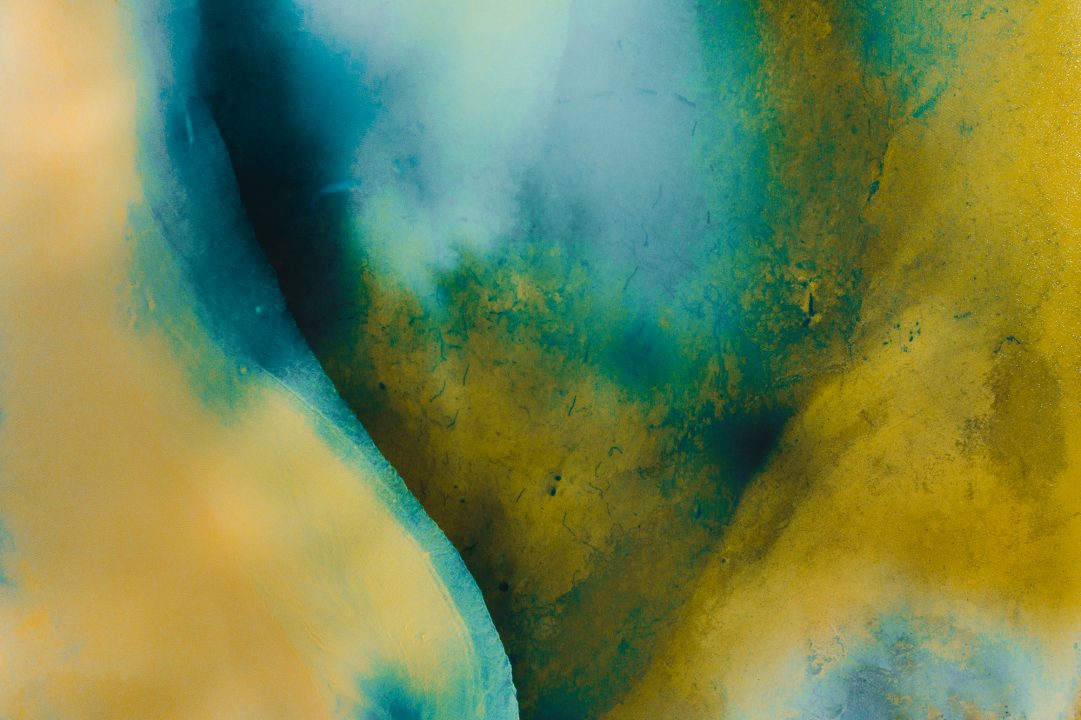 The Collater.al “Photography” category is confirmed, again this year, as the most widely read in the magazine.
Thanks to the careful research and the narration of niche realities, which, yes, follow the trends, but reinterpret them according to scrupulous eyes focused on the peculiarities of the world.
Here you can find a selection of the articles you read the most during 2019, which are the same ones we would have advised you to read again before discovering what will happen next year.

The ethereal and evanescent images of Isabelle Chapuis

From Parisian photographer Isabelle Chapuis, we chose to talk about “Anitya”, a photographic project focused on the human figure in all its facets.
The series celebrates outer and inner beauty and focuses on the idea of impermanence, of how change, movement, and passage of time affect life.
The symbol he used to represent all this is sand, “Sand is a metaphor for the human condition, constantly in motion…synonymous with all possibilities, sand carries within itself the promise of eternal change, it imagines an endless horizon”.

Morocco through the eyes of Ismail Zaidy

Ismael Zaidy is a young self-taught Moroccan photographer who takes colorful, minimalist shots that have the desire to break the preconceptions that surround his culture, the Muslim one.
His photography is a means to tell his culture, the love and respect he feels for it and to express his creativity.
Among the themes he most explores are those on the use of djellaba, niqab, and hijab, typical clothes of his country, with which he manages to create poetic compositions.
His aim is to give voice to those who by choice cover themselves, using strong colors like the individuals hidden under the veils, underlining their real existence, their possibilities and the positivity of their heritage.

Poolside, a dreamlike and perfect view of the English pools

“Poolside is a collection of shots taken aboard some of the most beautiful swimming pools in Edinburgh, London, Manchester, Glasgow and Paris by Scottish photographer Soo Burnell.
His greatest talent is capturing the beauty of places with a retro breath of life that still have a life of their own today.
The atmosphere that Poolside’s shots give back seems to be that of Wes Anderson’s films, clean, calm, perfect and dreamlike, and this parallelism with the style of the American filmmaker is made even more immediate by the pastel colors that dominate these pools.

Animal Turista, tourists are the subject of Yosigo’s photos

To inspire the projects of Yosigo, in real life José Javier Serrano, are the people who invade the streets, the beaches, the clichés that we all inhabit.
In the series of shots Animal Turista, the photographer has immortalized human nature on holiday, at the beach, noting how a man becomes a predator of everything around him, expands occupying all the space.
In his compositions, it is easy to see a past as a graphic designer, which also influences the choice of shapes and color balance.

Rob Woodcox is an art and fashion photographer who has created a series of images that defy the force of gravity.
Halfway between dance and installation, in his photographs the body of man is multiplied, bent, digitally manipulated to achieve the desired result: annul the force of gravity, annul the constraints and rules of society, the schemes, and preconceptions, to achieve the much-coveted freedom.
His subjects find peace with the surrounding environment, with nature, returning a bit primitive even when they are in places where not everything is allowed.

The Chilean situation through the photos by Sebastián González

An article different from those we have reminded you of and those to come later, a reportage by photographer Sebastián González on the now well-known Chilean situation.
The advertiser and photographer, always looking for new perspectives and new ways to show what surrounds us, took to the streets together with the demonstrators to document reality without filters, in the first person.
“Nosotros no estamos en guerra, solo estamos manifestando por nuestros derechos.”
So he commented on a series of photographs showing the soul of a Santiago or sinking into the fumes of tear gas, between the carcasses of burnt vehicles, where the blue, grey and black seem not to let the sun’s rays through.

The darkness, the fear, the army on the street, the insecurity, everything we see in Sebastián’s photographs reopens a wound that has not yet healed, taking us back to that far-off 1973 that changed the history of Chile and beyond.

Born in Morocco but moved to Belgium as a child, Mous Lambrat has his own way of telling the Moroccan world, merging it with Western symbolism.
Combining love with humor, his images convey messages of respect, acceptance, and dialogue between cultures.
Through photography Mous has managed to reconcile his cultural roots, creating a world of oxymorons, astonishment, and freedom.

Photographer Alejandro captures light in the darkness of the night

Alejandro is an American photographer capable of capturing light in an almost cinematic way.
The contrast between the dazzling neon lights and the blackness of the context gives a spectral, mysterious air to all his compositions which, while focusing on a few details that are easy to see, which do not even allow us to understand which city we are in, manage to give different sensations, often of loneliness.

Denisse Ariana Pérez is a copywriter, author and photographer from Copenhagen, whose images are constructed through the connection between written and photographic language.
Her most recent work focuses on the use of photography and storytelling to highlight the beauty of the Afro communities and other marginalized groups she feels inspired by.

The warmth of summer in Emma Louise Swanson’s images

The images of Emma Louise Swanson seem to be taken from an old holiday photo album, leafing through it one has the feeling of looking at something private, nostalgic and poetic.
The narrative thread of the series seems to be really focused on the theme of memory, a magical memory of a summer made of emotions, sea, sun, diving and palm trees. Emma takes us by the hand into her world, which in the end is also our own, capturing that moment of serenity that seems a small moment of eternity.

The Italian-German photographer Daniel Farò, after spending an unforgettable summer in Sicily, developed the photographic film with which he wanted to document his experience. Daniel, after living in Sicily for 19 years, has now settled in Berlin, although he always carries in his heart the image, the flavors and atmosphere of his land, for this reason his intention was to “go back where it all began”.

It was a lovely time spent in my motherland through the lens of a tourist, reminding me of all the beauty that Sicily has to give.

Daniel’s images focus on the details that make the island so magical: from the juxtaposition of turquoise oceans to the warm tones of Etna, to the documentation of sudden climate changes. The delicacy of his images encloses the essential and genuine things, typical of the location in which they were taken, but it is not only about this, because the experience lived by the artist is also the visual diary of a journey undertaken with his closest friends.

Daniel’s journey begins in the eastern part of the island, at his parents’ house, at the foot of the benevolent giant, as the Sicilians call him: Etna. The presence of the volcano helps to give a palette of colors ranging from deep red to black. After moving south to relax on the beautiful beaches of Noto and Calamosche, the photographer and his friends went to the city of Agrigento, continuing west to the Scala dei Turchi.

During sunset, a white cliff formation rich in limestone turns all shades of gold; surrounded by the wavy blue sea it was a perfect visual moment.

Daniel’s experience ends with a sumptuous lunch with his friends, luckily not everything ends, but you can relive it through the images.