Among the most prominent names that will exhibit their works at Liquida PhotoFestival from May 5 to 29 in Turin is certainly Mattia Zoppellaro. Taking the opportunity to discover some background of the series that will be presented at ARTiglieria Contemporary Art Center, Collater.al asked some questions to the photographer, which analyze his relationship with contemporary photography and the links with the subjects shot over the years.
From Tony Servillo to Ibrahimovic, passing by Pete Doherty, Iggy Pop and Marina Abramovic, many are the portraits of giant personalities of the artistic and sporting scene of the last decades. The unpredictability and style of people are the driving force behind Mattia Zoppellaro’s artistic production, the search for stories to tell is an essential mission. To know, to be part of a movement and to lose oneself in a collectivity as an individual. Some of his most famous series, such as Dirty Dancing, born by chance, at a party where nothing happened by chance.

What is it about the subjects you choose to photograph that makes you realize they are the right ones for your shot?

I mostly photograph people because of their unpredictability. At the end of a session I always discover unexpected and surprising images that are impossible to plan for. Because the ugly and the beautiful bore me, I don’t choose subjects based on aesthetic qualities. It’s the style of people that makes me want to approach them photographically. Style is not elegance, but the attitude through which you express your personality. That thing that makes me want to get to know someone. 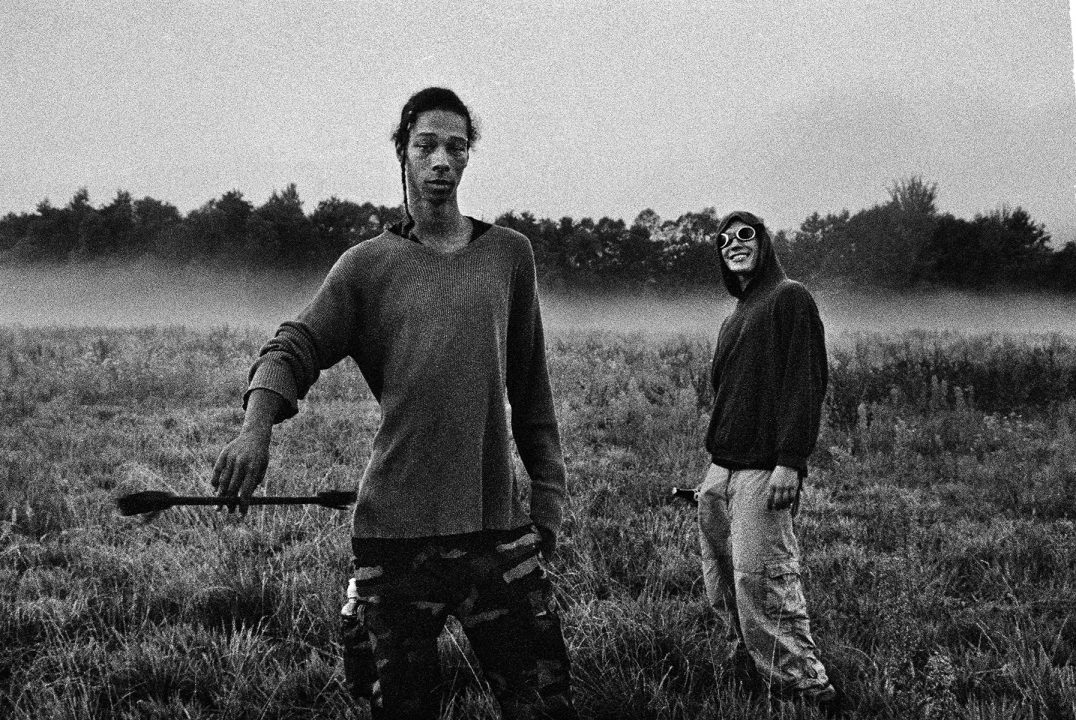 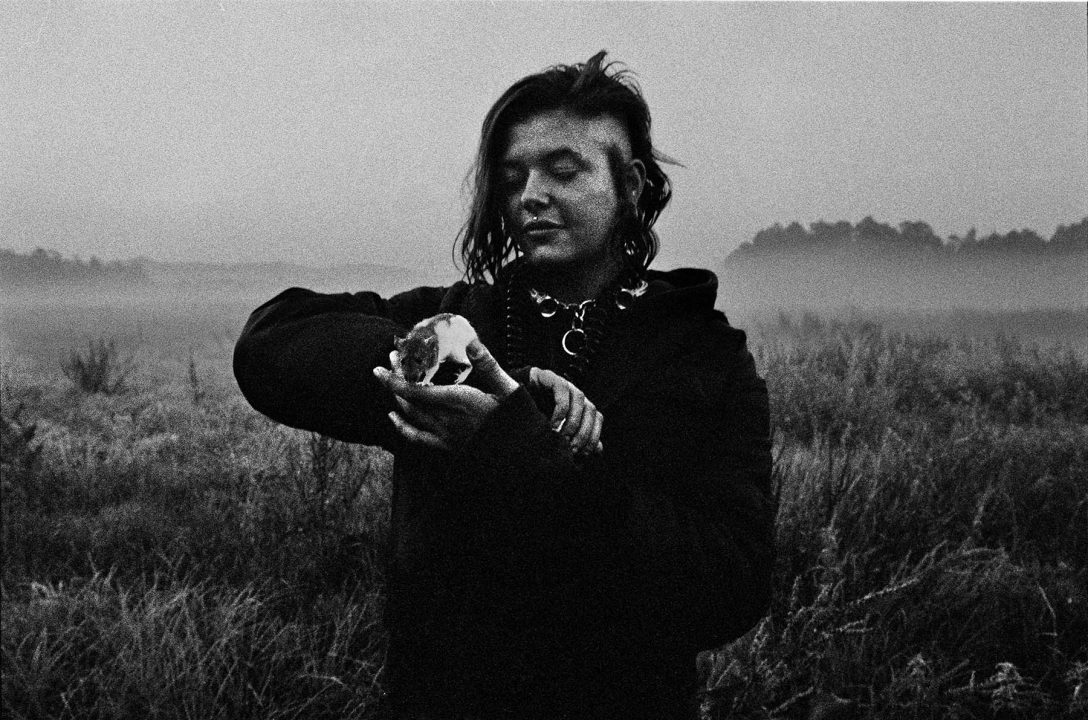 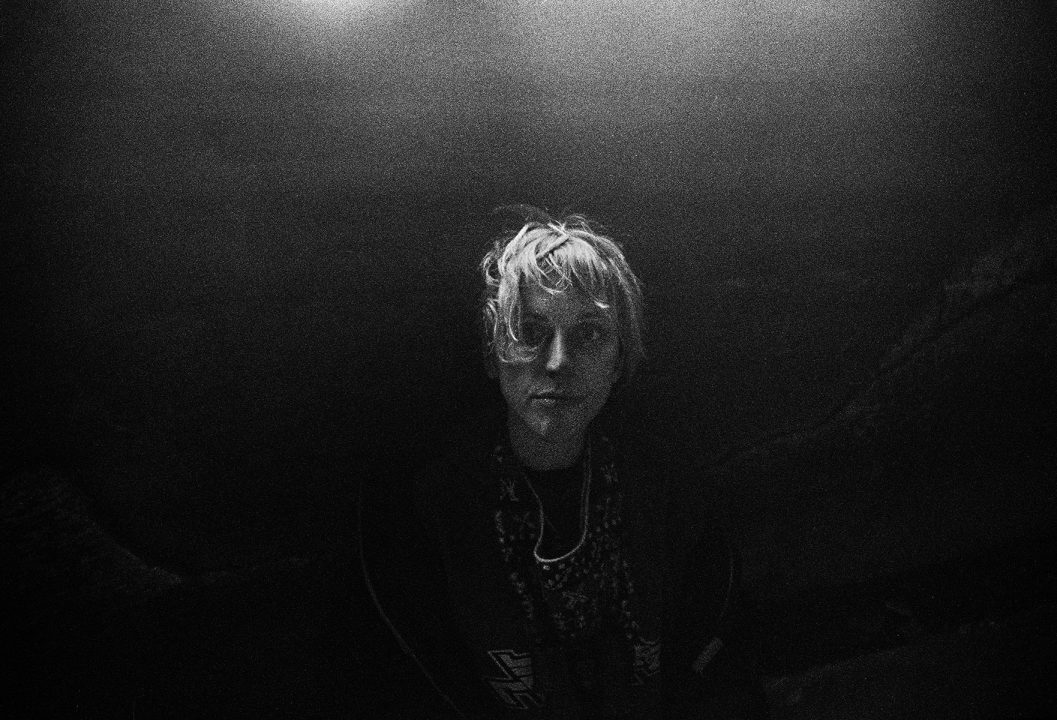 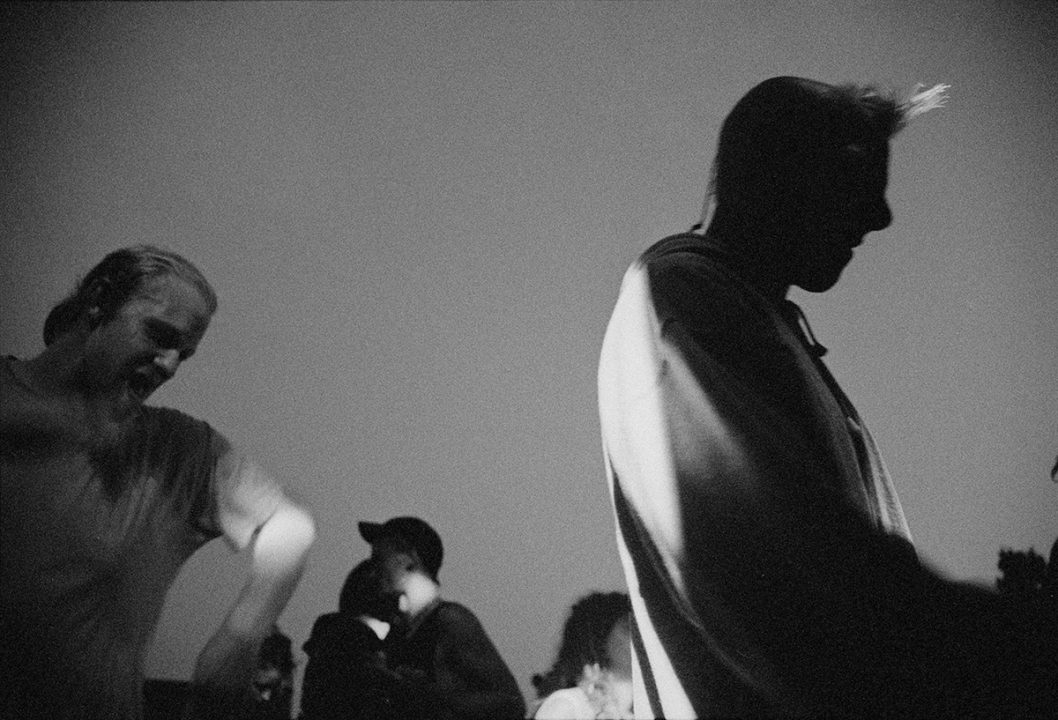 You’ve photographed a large number of athletes and artists, is there anyone you’d like to photograph in the future?

Nick Cave, for his charisma and energy that mesmerizes me at every one of his live shows. I would like to know what it feels like to relate to him Vladimir Putin and Mike Tyson for the fear they instill in me If I had a time machine Silvio Berlusconi from the 80s, for his facial expressions.

You are one of the most well-known names in this edition of Liquida, how did you interpret the theme of the exhibition “Look Beyond”?

I happened to come across by chance the project that I will present at Liquida. I found myself catapulted into it, because I was invited by a girl I really liked to a party (the term rave is for outsiders) in the Mazzini district of Bologna.
Once I entered this decadent shed, I got lost in the acrid smells, the minimal-tribal rhythm of the music and the look of the people. The feeling of peeking at something totally new although already seen in previous experiences (the quotes from the Mad Max universe, the punk looks revisited, the hip hop attitude) stimulated me to want to join this movement. By pure chance I had my SLR in the trunk of my friend’s car and I started shooting. That’s when I realized that for me the photographic medium would be a key more useful to know the world than to inform it.

Many series you’ve done portray the punk and underground scene, where for you does the beauty lie in these countercultural expressions?

All of my photographic research focuses on the relationship between the group and the individual, whether by compulsion, as in the book Appleby (about Irish travellers) and La Voce di Rovigo (a portrait of the city of my adolescence, soon to be published), or by choice, as in Dirty Dancing. I like the tension created when the individual tries to lose himself in the collective.

How does your approach to photography change depending on whether it’s reportage photos or posed shots?

I always try to do reportage projects focusing on the human being, and conversely I use reportage in portrait sessions, trying to steal the moment. I hate photography that reeks of posing. My favorite word is serendipity which translated means “lucky coincidences”. I believe that the real talent of a photographer is his ability to provoke these kinds of events.

Is it more difficult to be a photographer today than in the past? Because of both the speed with which images are spread and the censorship that unjustifiably obscures artistic shots?

It’s different today. There are many people who take pictures, very few are photographers. Anyone is capable of making interesting images, not many of carrying out an authorial project. I don’t think photography is a discipline capable of creating opinions with images (as Avedon said “if you want to know how a war went you don’t look at the photos, you read a book about it). What an author can try to do is express his own personal vision.

Photos does not create opinions: a chat with Mattia Zoppellaro

In July we celebrated 33 years of one of the most impactful and successful American sitcoms ever broadcast, the “show about nothing”, Seinfeld.
Yesterday Kith unveiled its latest Fall 2022 collection and related campaign, starring Jerry Seinfeld and shot by the great American photographer and portrait artist Mark Seliger.

Kith, as well as Aimé Leon Dore, strongly identifies with the city where the brand was born, we are talking about New York City, choosing as testimonials for its campaigns prominent personalities-but also ordinary people-who were born or grew up there in the Big Apple, just like Jerry Seinfeld, who was born in Brooklyn and is a Queens College alumnus (the latter is the protagonist of a capsule of Kith’s Fall 2022).

These are the words of Ronnie Fieg, founder of Kith, about Jerry Seinfeld and the campaign:
“There are a handful of people that I’ve dreamed of working with from a young age. On the very top of that list was Jerry. There are very few individuals that have had the kind of impact Jerry had on me. Having candid conversations on set with one of my heroes made me realize how incredible work can be when you infuse your biggest inspirations in what you do. While taking this photo, he tells Mark to hold a sec, he leans in and says: <<Ronnie, when two well known people take a photograph, you could tell which one is less known by how big their smile is>>. My ribs hurt. Thank you Jerry. For being Jerry. Fall 2022 is a movie”.

Kith’s Fall 2022 will be available online and in the brand’s stores starting Friday the 9th.

Virgil Abloh has been a decisive figure for the entire fashion world and the creative world in general, a true game-changer. His insights, references, creations and philosophy continue crucially to influence our contemporary times.
One of Abloh’s collaborations that more than any other has changed the perception of creativity and forever the fashion world is surely that with Louis Vuitton.
Virgil was artistic director of the French fashion house’s men’s line from 2018 until his untimely death from a rare form of cancer on November 28, 2021.

Louis Vuitton and the publishing house Assouline have joined forces and collaborated to write and publish a limited-edition hardcover book celebrating the memory of the late American designer and his successful collaboration with the LVMH Group fashion house.

“Louis Vuitton: Virgil Abloh”, this is the title of the 359-page coffee book with more than 320 images, is an important and meaty testimony to Virgil’s relevance to Louis Vuitton and the fashion world as a whole.

Written by Anders Christian Madsen, a fashion critic and editor at British Vogue who has stood beside Abloh on past projects such as his Manifesto, this is the first-ever book published on the Rockford, Illinois, native designer since his passing.

The book is divided into eight chapters, one for each collection Virgil created as artistic director of Vuitton’s men’s line, and within it are also some reflections from those who lived and worked alongside the designer such as Nigo, Kendall Jenner, Kid Cudi and Luka Sabbat.

Two different covers were created for “Louis Vuitton: Virgil Abloh”: the first features characters from The adventures of Zoooom with Friends, straight from Vuitton’s Spring/Summer 2021 collection; while the second depicts the iconic red balloon that flew over the runway during the Spring/Summer 2022 show in Miami.

Both of these two editions will be priced at $120, but there is also another one called the “Ultimate Collection” sold inside a special box priced at $1,200.

“Louis Vuitton: Virgil Abloh” edited by Assouline will be available, in the three versions mentioned above, starting Sept. 15 on the French publisher’s webstore.

Louis Vuitton and Assouline celebrate the memory of Virgil Abloh

The campaign perfectly blends Virgil’s legacy with Off-White’s forward-looking and ever-evolving gaze, highlighting tensions and necessary conversations between past and present, culture and subculture, skatewear and high fashion.

The backdrop to the countryside is the striking Moroccan city of Chefchaouen, the “Blue Pearl of Morocco,” perhaps the most beautiful and evocative in the entire African country. Located at the foot of the Rif Mountains, its defining feature is the wonderful cascade of blue houses perfectly set within a fabulous natural landscape.

The models seem to almost blend with the almost surreal context of the city, in a story made of contrasts and taking inspiration from the various souls that make up Virgil Abloh’s idea and soul.

“Virgil revolutionised streetwear and luxury that crosses generations and decades. He showed the world that the underrepresented, the underdogs and Black people, in particular, have brilliant minds and can push and compete equally in the establishment. He inspired hope and brought about change. Virgil Abloh was one of the freest-thinking black men of our time”, Kamara stated.

Off-White’s FW22 collection is available online and in the brand’s boutiques around the world.

Perhaps few people in Italy are familiar with Strand Book Store, one of New York City’s most famous and beloved bookstores, located near the quaint Union Square. One of the bookstore’s hallmarks are its tote bags with the highly recognizable and iconic red logo, and it is Strand’s book tote bags that are the subject of Bottega Veneta‘s latest collaboration.

Strand’s canvas tote is a classic, extremely functional and simple, it also represents a status that I would call proletarian, but with all the limitations.

The Italian fashion house has revisited this symbol of the Big Apple and the Strand by making three upscale renditions of the New York bookstore tote, using the finest leather and, of course, putting the bookstore’s logo on full display.

Bottega Veneta’s new creative director Matthieu Blazy, in addition to being a frequent visitor to Strand on his trips to New York City, to push the collaboration even further commissioned The New Yorker to produce five cartoons – the New Yorker‘s cartoons are among America’s most famous – created by illustrator and cartoonist Jeremy Nguyen, celebrating the unexpected partnership.

The three book tote from Bottega Veneta and Strand Book Store are available online at the Italian fashion house’s webstore.