SIERMOND, Pasquale Autorino in real life, defines himself as a visionary of the unconscious. The main sources of inspiration for his works are the mystical images that appear in his mind during sleep and the Freudian instincts of life and death (Eròs and Thanatos) that move spasmodically in his thoughts. Melancholy, romance, darkness and mystery are the elements that characterize his style, along with the predominance of the color silver, used to portray usually beautiful models, which express the artist’s unexpressed narcissistic side.

We at Collater.al asked SIERMOND to tell us about themselves briefly through an interview, which you can find below:

How did you understand that photography would be part of your life?

I started taking pictures in a period of my life that wasn’t very “shiny”. Having a tormented relationship with sleep and dreaming often, I started, almost for fun, to turn these into reality by starting to photograph aesthetics that satisfied my vision. The feeling of happiness I felt when I completed my first projects made me realize that photography could be a very effective way for me to vent. Almost like an addiction, photography invaded my soul and in a short time became my life. My photographic world had a very “artistic” beginning that in this last period I’m managing to bring also in the commercial one. When your passion starts to become also a form of profit you realize that it is the right way. This last step made me realize that photography would be part of my life.

Which artists have influenced you the most?

I’m very influenced by artists from the past. I love trying to bring past atmospheres into the present. An artist that I admire very much and that I also feel very close to me is Man Ray, an American painter, photographer and graphic designer who is an exponent of Dadaism. I like to call his photography “unconscious”. With his revolutionary style he was really able to transform fragments of our soul into images. In my biography on social networks and on my website I call myself “Visionary of the Unconscious” because like Man Ray my art is based on turning something imaginary and deep into reality. The second artist I refer to is Henry Scott Tuke, a painter with a style marked by Impressionism. He is best known for his paintings of young men and boys. I’ve always been fascinated by the fact that, thanks to his pictorial style, he was able to capture so much beauty and melancholy in the backs and the nails, making something immortal that is not directly aimed at those who capture the image. Very often in my photography I also love to capture what is most true and reflective in a person who “gives you his back”. I don’t always think eyes and smiles reveal authenticity.

Going to another field, the musical artist who accompanied and accompanies my artistic journey is Lana Del Rey. With her, it was love at first listening. Like a flash of lightning. I think that the theory of “similar souls” was born with her. Her melancholic, dark and romantic mood completely my photography. During long days of post–production her voice accompanies my creative process. These are three of the artists who influence me the most. I love art in all its forms and I am convinced that art generates other art. To conclude, I mention some names such as Tim Walker, Peter Lindberg, Paolo Roversi, Tamara Dean, Gregory Crewdson, Laura Makabresku who influence my artistic world every day.

Why did you choose to propose these images to us?

I made a careful analysis before proposing these nine photographs to you. I started to look at all my work so far and I thought of choosing nine images that represent me and my vision. the first is called “TWO BOYS”: I chose it because it is the first shot in which I began to see the beginning of my photographic world. For me it represents a lot despite the fact that it was done by pure chance in a field in Switzerland with two boys with a very close and intimate friendship. It’s very representative for me because I had a similar moment with a very dear friend of mine lying in a meadow. The second choice takes up the discussion of “giving one’s back” and how much of infinity there can be in a back. The work is entitled “BOUNDLESS BACK”. It was taken on a day when suddenly, along a mountain road, everything around us has become gray.

The third choice represents my way of seeing the male figure. Ethereal and refined boys. The flowers and the light light of the sunset make “THE LAST NARCISSUS SUNSET” a photo with a magical atmosphere of the past. the fourth is a shot taken from one of my favorite projects “THE BLIND HAZE”. I wanted to represent in this project a crazy and blind love, when the only thing that counts is the body you have next to you. The choice of using two male figures was made to give an even stronger and more significant imprint to the project, while the fifth is based on the concept of dream/nightmare. I often dream of drowning. The location in this case has made everything magical. The rocks taken from this shot seem almost clouds and the photo is invaded by this white white as if they were sheets. “LOOSE DREAMS” is the title of the work. “BLUE” is the title of the sixth photograph. I chose it not only because I find that the light of the very first dawn is magnificent but also for the subject depicted.

In art Nicholas Fols was the natural person who accompanied and accompanied my entire photographic journey. The seventh is a fairly recent shot. I decided to select it because it represents my crazy and creative side. I love photography because it allows you to give a new point of view to anything. the eighth photo is always an excerpt from a very strong and significant project “DAD & SON”. It was nice for me to take pictures of this father and son couple almost as if I were a spectator who sees something of his own in those feelings. Catching every emotion was magical. In addition I think that very often the parent-child relationship is complex to manage especially when the points of view are very different despite the fact that there is a very strong affection. I close my selection with “REBORN”. In this shot I wanted to represent what I call “SIERMOND” (my nickname on social networks). It would be all my artistic and creative side: if it was possible to turn this energy into a person it would look like this. A blindfolded teenager wrapped in this silvery energy and emerging from nature.

What kind of beauty are you looking for?

I look for the beauty of reality. The beauty dirtied by suffering and pain, the beauty of melancholy, elements that contrast with the aesthetic beauty of fashion and landscape create an explosive mix. I would add that the choice of the model represents a fundamental phase for my shots. I tend to prefer models that have aesthetic characteristics similar to mine or that I feel emotionally close to. Therefore selecting a figure that can represent me is not a short or simple process. For me, beauty is a very subjective point of view. I think that for a photographer the choice of the model is really a fundamental part.

What are your plans for the future?

For the future I would like to continue shooting by expanding my range of action, exploring different territories from my path also to create new energies and stimuli. In addition, I hope for an individual growth that can act as a food for my art, making it a stimulus and source of emotion for others. 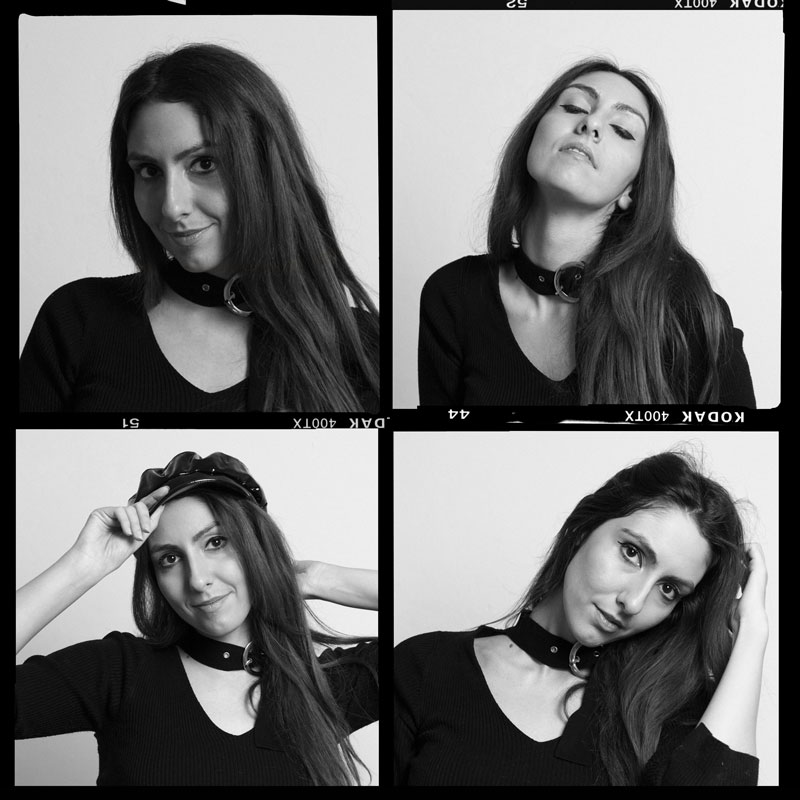 The Guestbook: our interview with SIERMOND