If you are between twenty and thirty years old, prepare your tissues, because what we are about to talk about will unlock a memory of your adolescence.
It was 1996 when a small electronic game came out on the market, ready to change the days of millions of young people: the Tamagotchi. How many mornings, afternoons and evenings spent taking care of your little alien animal, how much time you spent feeding it, watching it grow up and then grow old.

After working on Polly Pocket houses, LEGOs and Barbie dolls, the creatives at TheToyZone have decided to revisit the Tamagotchi.
The egg-shaped toy has been adapted from seven famous animals that appear in films, TV series and video games.

So we have the Tamagotchi of Santa’s little helper, the little dog from the Simpson’s house, but also Hedwig, Harry Potter’s faithful owl, Yoshi, the green dragon that appears in the Super Mario games. But TheToyZone’s unbridled imagination doesn’t end here. Discover all the reinterpretations below.

When we think of a trip we usually imagine a combination of novelty and adventure that pauses our routine. MIRO, the new photomaterial project by photographer Jacopo Di Cera, offers us a different kind of journey. The destination is already predetermined, the route is known and obligatory, but the road is no less significant: it is the daily journey of the commuter.

For ten years, Jacopo Di Cera’s adventure has taken place in the same location, on the same Milan-Rome Frecciarossa train, with his gaze fixed on the same window that the artist incorporates into his photographic work. The result is a collection of twenty train windows that capture the amazement in the monotony of the kilometers that succeed one another. The project can be seen until November 21 at Paratissima in Turin and from November 17 to 21 in the capital, for Roma Arte in Nuvola.

Each shot marks a stage, an unrepeatable moment of light, colors and subjects that present themselves to the viewer, the commuter, from an apparently anonymous window on the world, like the compartment of a train we usually take.
In Jacopo Di Cera’s shots, the extraordinary and the everyday seem to be sides of the same coin. With a photomateric style, the artist starts from the physical and narrative properties of the photographic support and launches himself into challenges that become works to “contemplate closely, touch, listen and smell”. A research that gives body to the soul of the image to transport us, with humanity and delicacy, in the story it tells.

Italy running on the railway tracks shows itself in all its unpredictable beauty, along a route that we no longer call a journey. In front of an “outside” that evolves with the seasons, we sense the importance of those hours and feel the journey as the photographer means it: an intimate experience where we can grow and rediscover ourselves, thanks to the world that surrounds us.

In his artistic journey, the photographer lets us know the thousand shades that this word takes on, from the mythological journey to the tourist one, up to the journey of the migrant. This time, he starts from the routine of a “monotonous” working life to reflect on the places that we frequent every day without really living. A station, a ticket, a train taken thousands of times lose the charm of the first time, are not able to excite a distracted glance.

“But it’s not like that, the experience is there, waiting for you, outside the window, far from any digital screen, ready to be lived”. By putting us in front of the same window, Jacopo Di Cera appeals to the curiosity and amazement that are within us and asks for an active gaze, to go beyond the banality of everyday life and rediscover its beauty, “to go out of oneself to find oneself in a different way”.

MIRO: a window to the world by Jacopo Di Cera

Chances are, even if you haven’t seen it, you’ve come across at least one scene or frame from “Strappare lungo i bordi”, Zerocalcare‘s new Netflix series – animated by Florence-based DogHead Animation – released November 17.

The impact of the series has been literally deflagrating, a huge success that has led the first Italian animated production for Netflix, to become the most viewed series in Italy on the American streaming platform.
The motivations and explanations behind this incredible boom are simple: to address deep and important issues through the universal key of irony and with a direct and simple language – despite the Roman dialect and the arrogance of some passages – able to reach everyone and that is for everyone.
A perfect balance between laughter, sharp points of reflection and profound moments able to make us clench our stomachs to the point of tears.
6 episodes of 20 minutes each that take us on a personal journey but that affects us all, in which each of us can identify and identifies, as in an automatic reaction of connection with the characters.

“Strappare lungo i bordi” is a small masterpiece of Italian animation that talks about disorientation, paranoia, feelings, hypochondria, love, loneliness and death. Zerocalcare deals with all this marasmus of human emotions in his own way, the way we started to know thanks to his most famous comics such as Kobane Calling, La profezia dell’armadillo, and many others, in addition to his already established fame on the web, this last aspect explains very well the current phenomenology of the cartoonist from Rebibbia. The meeting with the general public, however – before these Netflix series – came thanks to his participation as an “almost” regular guest on Diego Bianchi’s show Propaganda Live on LA7, where Zerocalcare shared his Rebibbia Quarantine, a mini-series in which Michele Rech – this is his real name – described his personal lockdown invading, even in that case, all our bulletin boards and feeds.
Landing on Netflix Zerocalcare has made the definite leap into the mainstream, which is not a bad thing eh you mean, it has only given the opportunity for those who were far from the world in which Michele Rech lives and moves and that tells his alter ego comics through his adventures, to immerse themselves in a new and unknown world but that he immediately felt his own.

This landing and the consequent success of Zerocalcare also gives us the chance to discover and rediscover those Italian cartoonists who, for one reason or another, are little known to the general public who don’t read comics but who loved “Strappare lungo i bordi”.

The first to mention is certainly Gianni Pacinotti, aka Gipi.
Cartoonist, illustrator and director, Gipi’s work is a synthesis between adventure and realism that ranges between the news and personal experience. He is not a very prolific author but he asserts himself very quickly thanks to his drawings and his bitter and at the same time touching poetics often linked to existential malaise. His 2013 comic Unastoria is the first graphic novel to enter the twelve finalists of the 2014 Premio Strega.

Next is Leo Ortolani.
The father of Rat-Man, with his unique and peculiar brilliant style, makes fun of contemporary society through the typical stereotypes of superheroes.
Rat-man is in fact an atypical and tragicomic superhero, short and clumsy who spends his days eating and lazing around rather than training. Hypodotised, with a bad smell and without any superpowers, Rat-Man lacks intelligence, physical strength and common sense but manages to exploit the bad luck that haunts him in his favour but above all our superhero does not give up.
Of this iconic comic book was also made an animated series, personally supervised by Ortolani, aired by RAI, consisting of 52 episodes of 13 minutes each.

Mattia Labadessa is another one that if you don’t know you must do everything to catch up.
Cartoonist of absolute talent, the twenty-eight year old Neapolitan is an illustrator and graphic designer as well as the father of a character-bird protagonist of simple and crude situations where dominates the anguish typical of our everyday life related to personal vicissitudes that each of us faces, all accompanied by a devastating humor. His books, Le cose così, Mezza fetta di limone, Bernardino Cavallino and Piccolo are real literary cases thanks to the success of public and critics.

We close with the young Jessica Cioffi, aka Loputyn.
Illustrator and cartoonist with a crystal clear talent, Loputyn stands out for her delicate and soft style and for her mysterious, dreamlike and disturbing drawings.
Her work is a novelty in the Italian comics scene, especially in the world of fantasy and horror. An absolute pearl.

Zerocalcare and 4 other Italian cartoonists to discover and rediscover

White sheets in which only a thin line shapes the forms of simple, ordinary characters, intent on common gestures, hurried and pure. The English illustrator Pia Bramley creates drawings and engravings of daily rituals, vignettes without filters or pictorial complications, as in the case of the works collected in the latest book “Pandemic Baby: Becoming a Parent in Lockdown“. The illustrated volume (available here) deals with the fluctuating period of the pandemic through the eyes of a newborn who slowly discovers the world, sitting comfortably in his mother’s arms or looking enchanted outside a window.
Pia Bramley’s book is a testimony to the discovery of a new world, inhabited by adults wearing masks who are unaware of anything strange in the eyes of the child. This unawareness is represented through childish gestures such as rebelling against the mother or playing with cutlery, while everything is seen through the eyes of a parent. 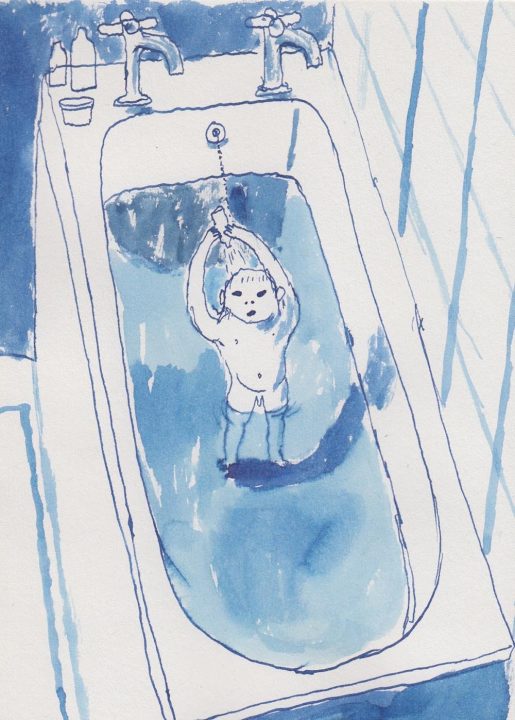 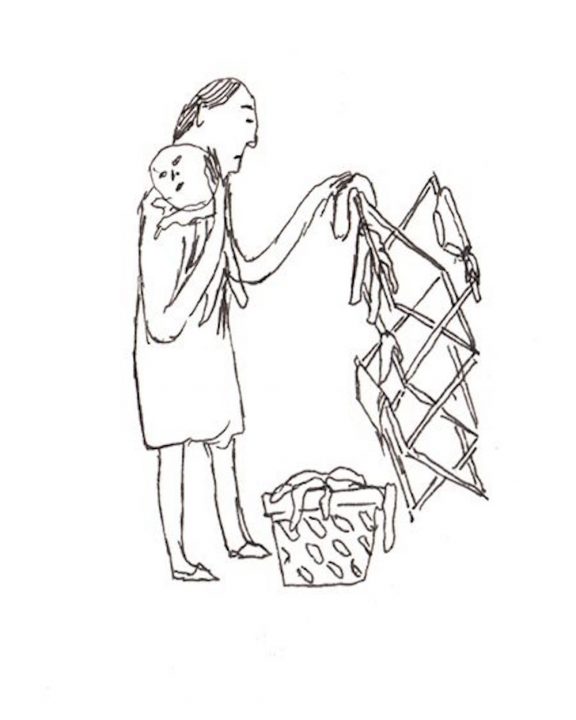 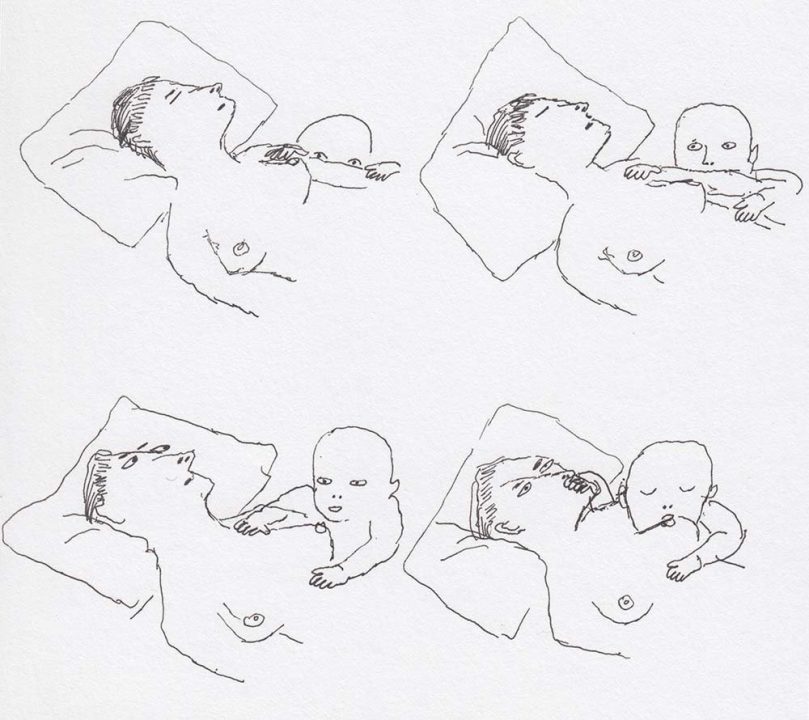 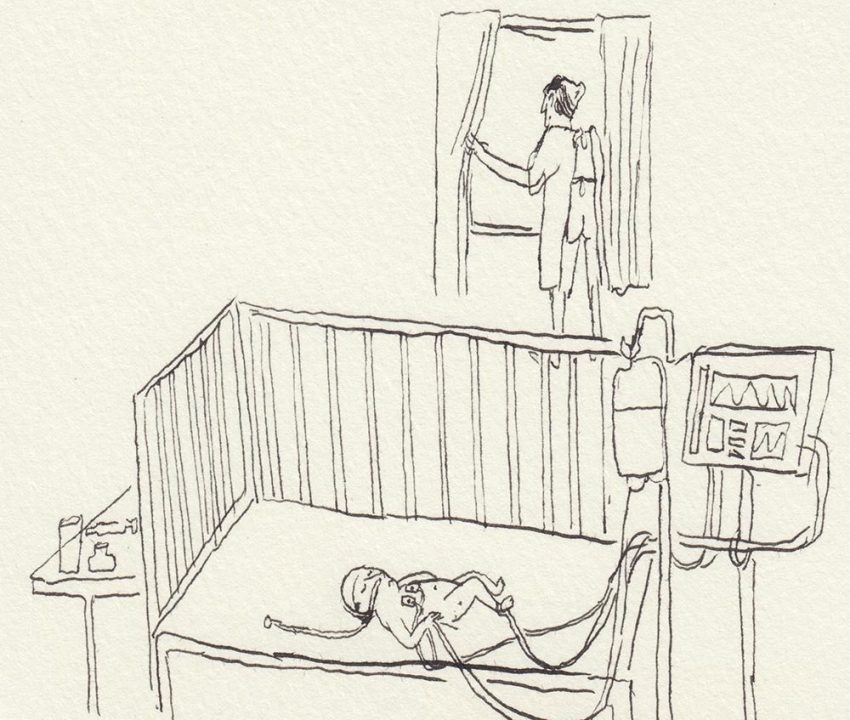 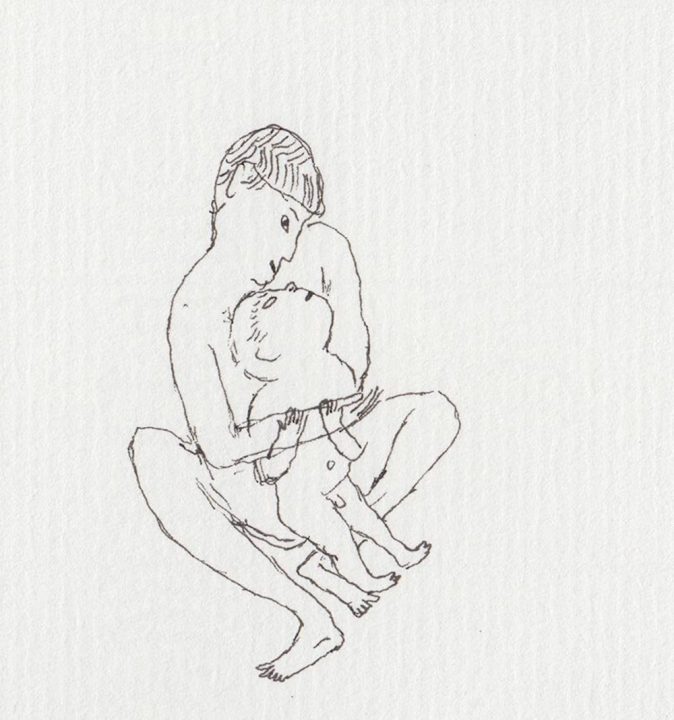 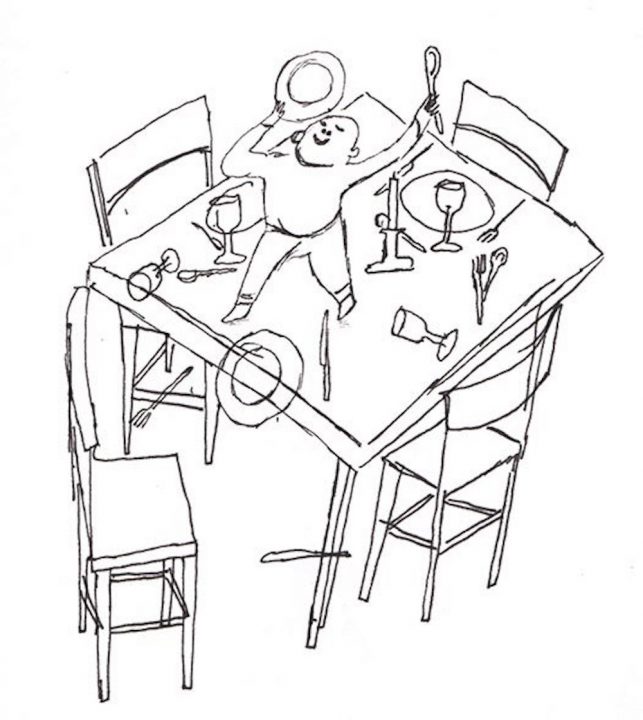 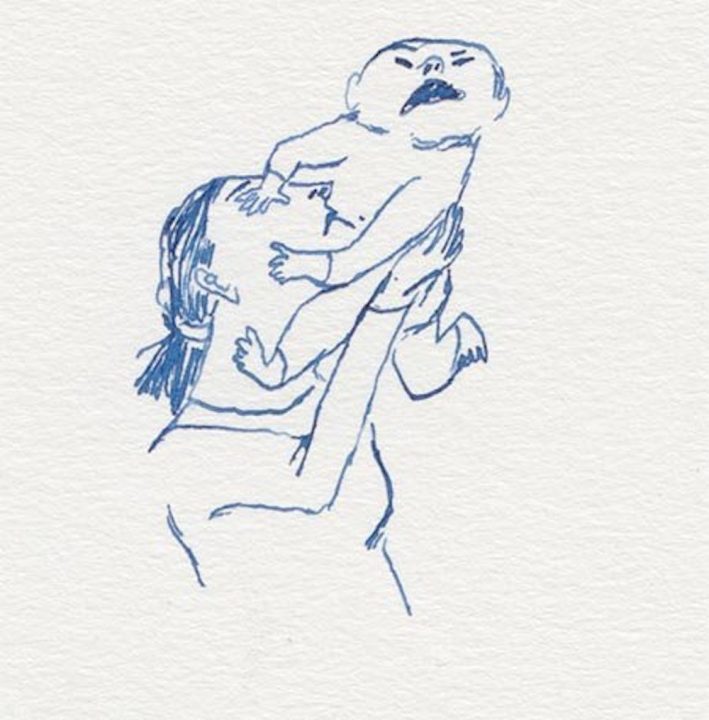 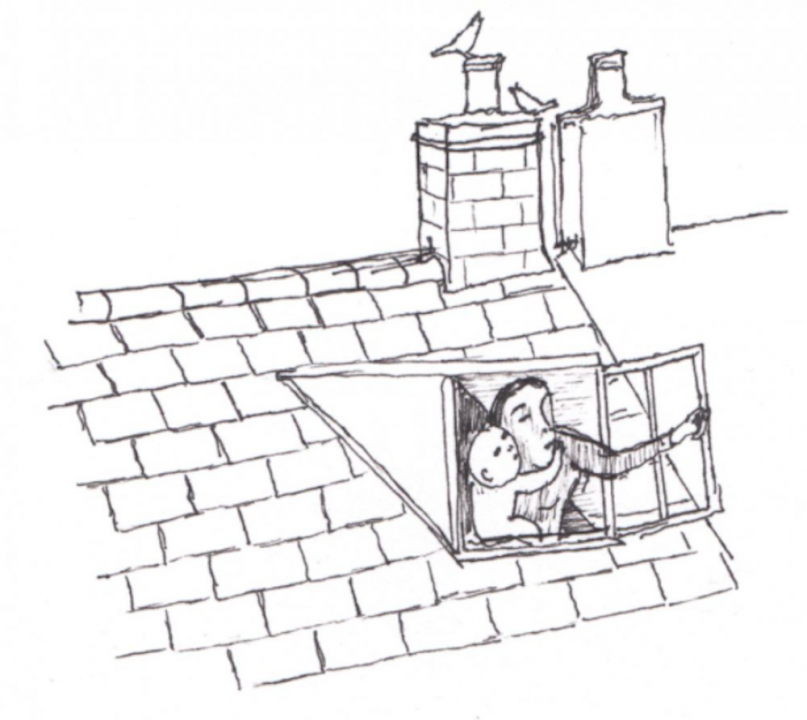 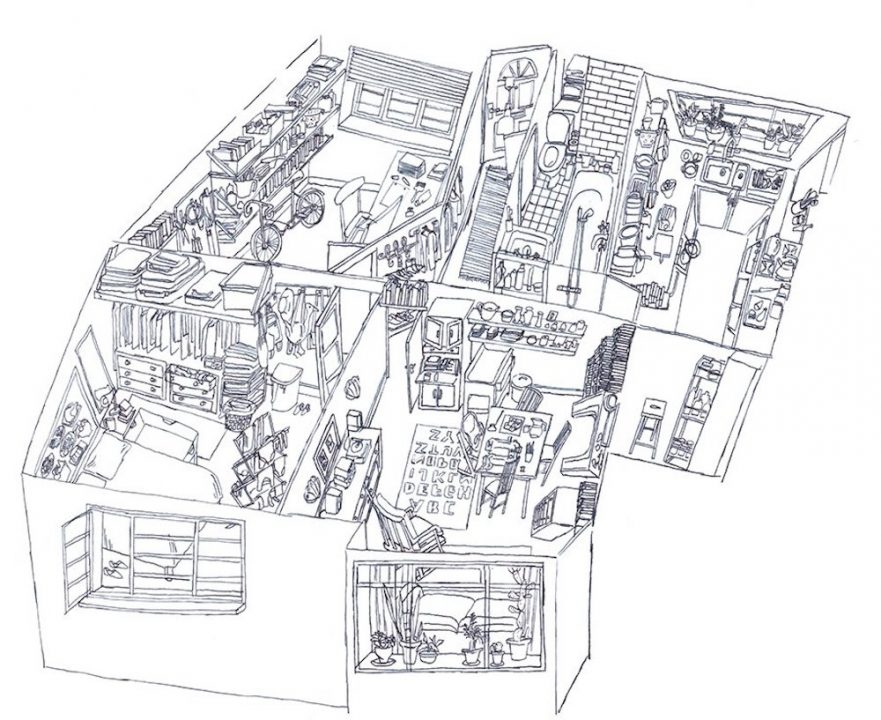 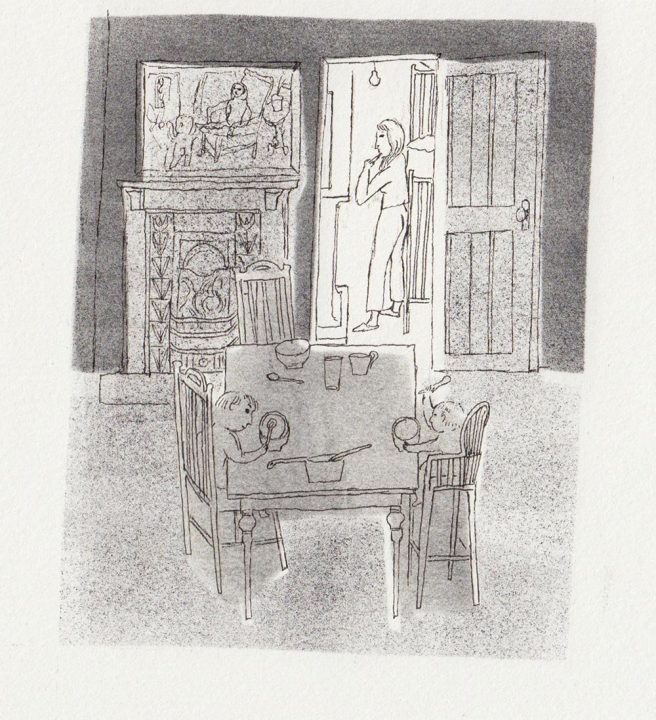 Being a newborn in the pandemic according to Pia Bramley

On the evening of Tuesday, November 23rd, all the Michelin stars of 2022, the greatest international recognition in the world of catering, were announced for the first time in live streaming.
The 67th edition has awarded 378 restaurants, 56 only in Lombardy (the region with the highest number of stars), 36 are the restaurants introduced for the first time in the elite of Michelin stars, 15 instead have not confirmed the high standards required by the guide established by the French company.
Among these standards there is certainly the taste and respect for raw materials and sustainability of cooking, but also an aesthetic component which must have the dishes once presented on the table. Scrolling through the menus and the sites of the restaurants included in the 2022 guide it is possible to see how the technique and creativity of the chefs leads to create real works of art. The profile of the dish becomes the frame of small masterpieces of color and texture. 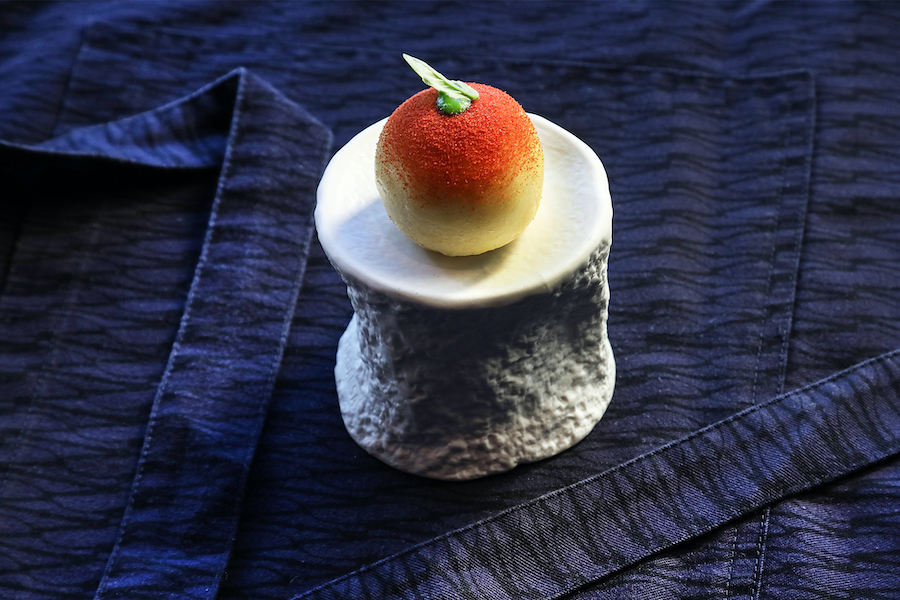 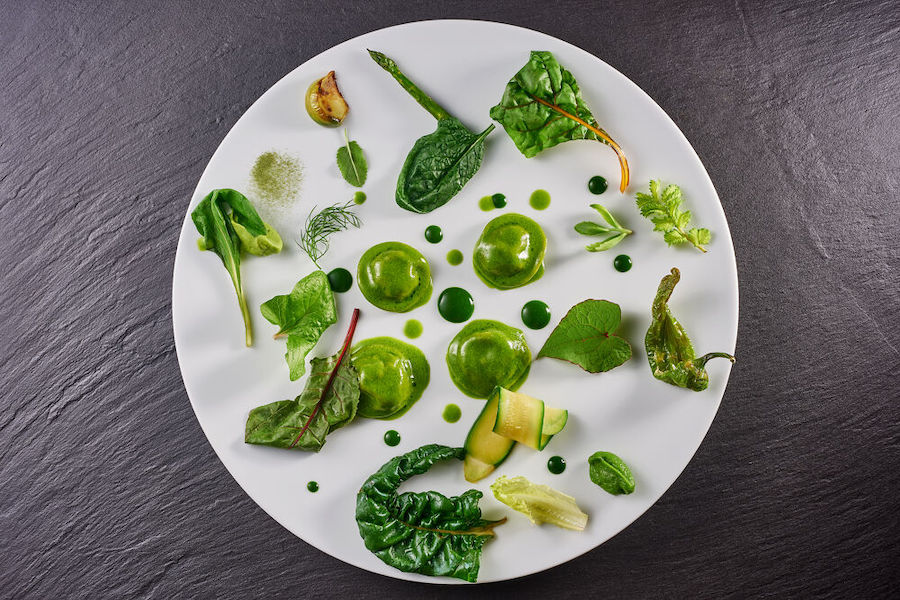 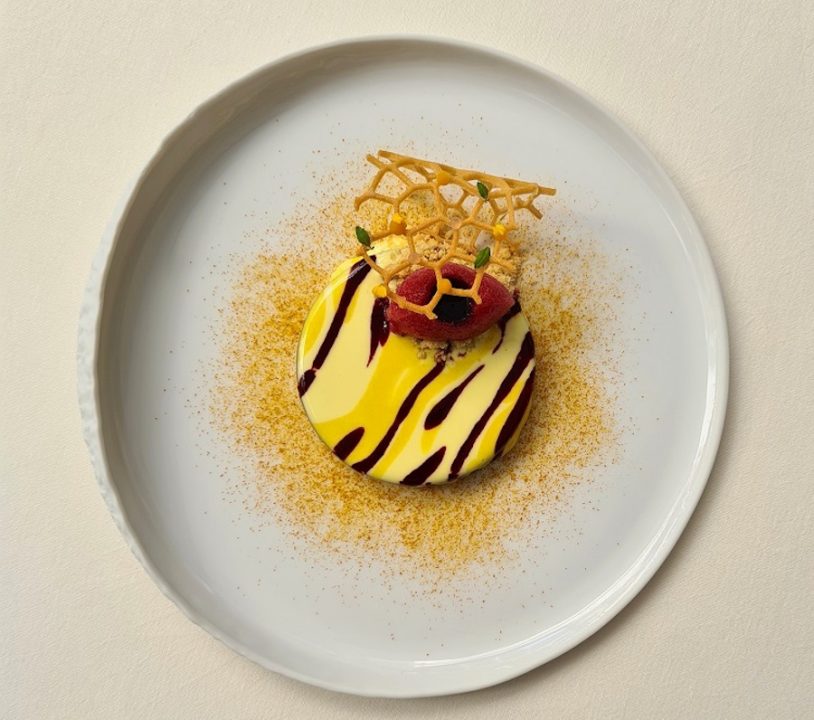 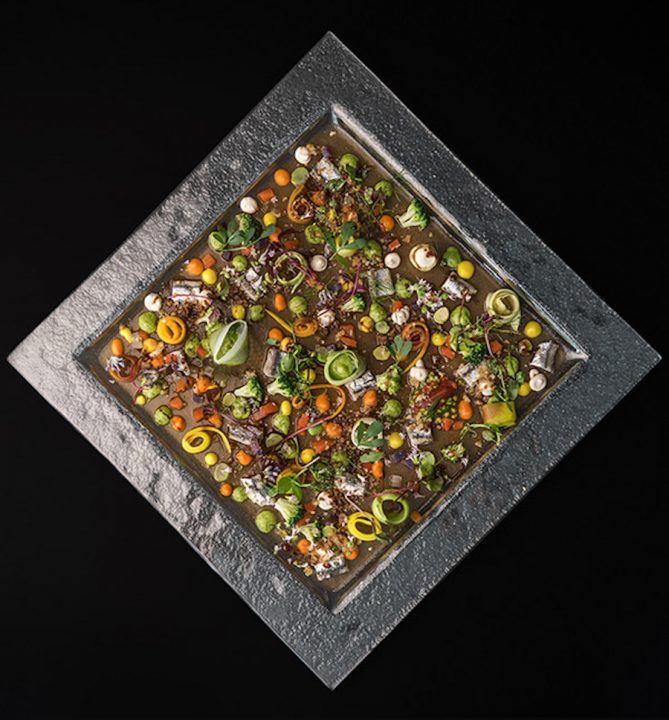 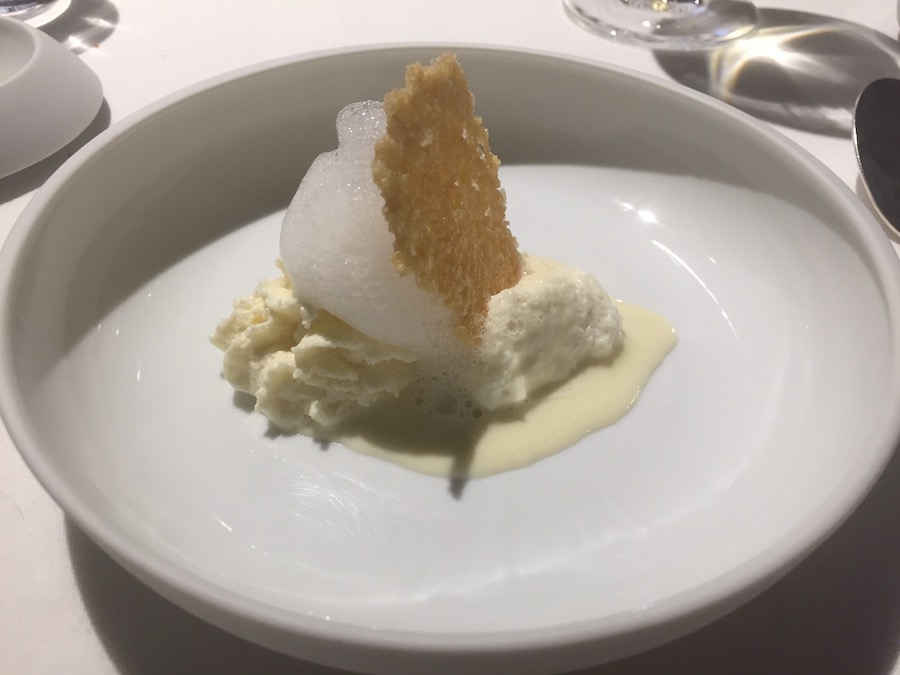 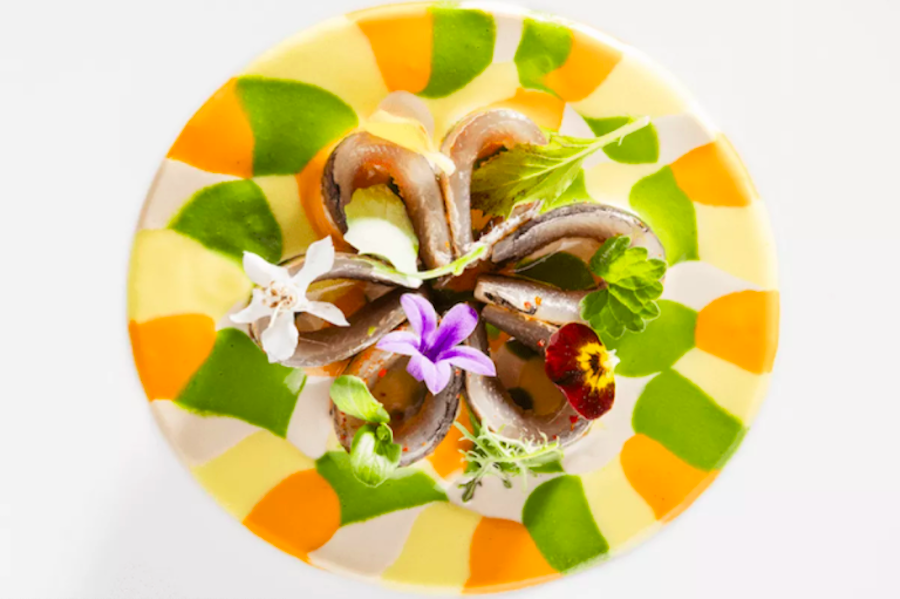 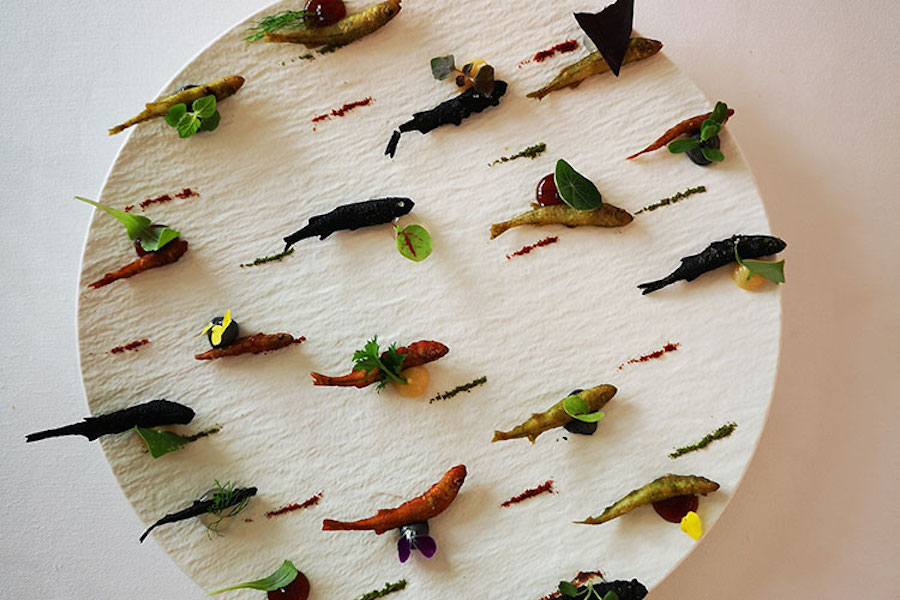 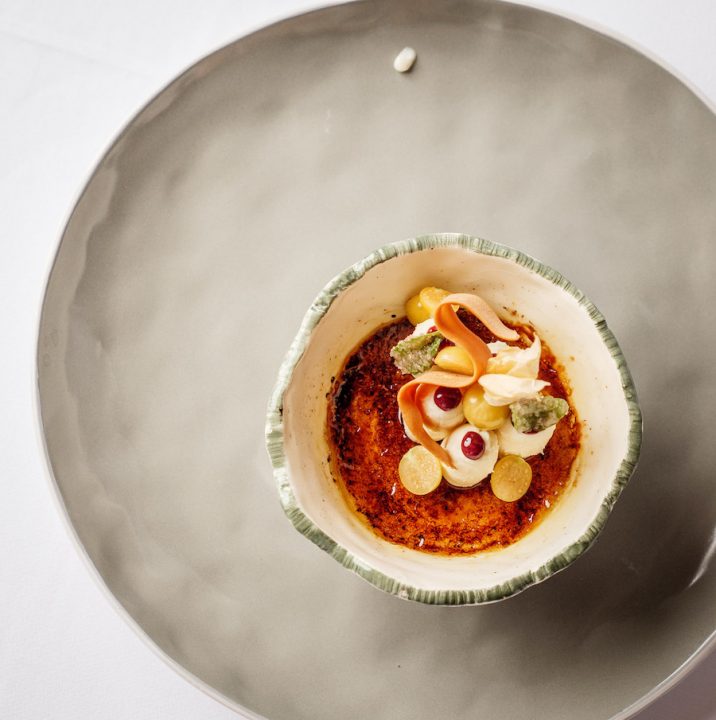 Pastas, meats, fish and sauces look like they were laid by painters on ceramic canvases. Dishes look like monochromes by Kazimir Malevič as in the case of “The five ages of Parmigiano Reggiano in different texture and temperatures” by Massimo Bottura, or wonderful expressionist palettes as in the dessert “Pannacotta Matisse” by chef Enrico Crippa.
The search for balance, be it chromatic or taste, the contrasts of textures and the union between craftsmanship and abstract concepts is what brings cuisine and painting closer together. The only real luck is that the works of art of the Michelin Guide can be eaten.

Check out the full list of starred restaurants for 2022 HERE. 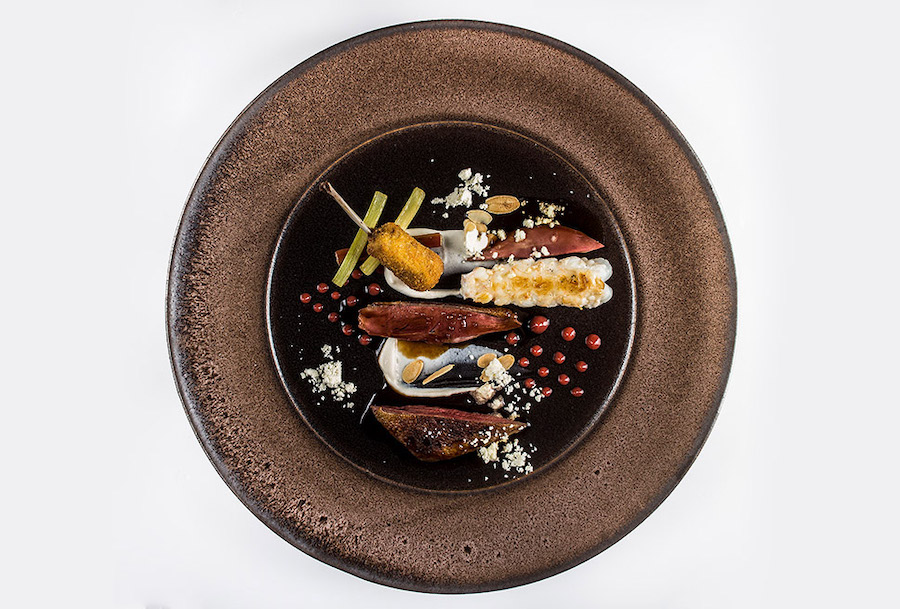 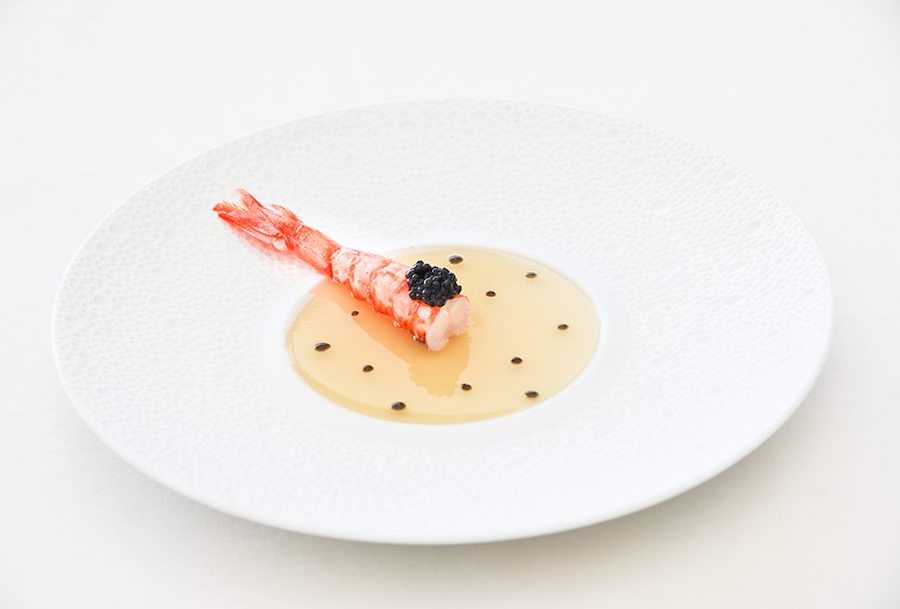 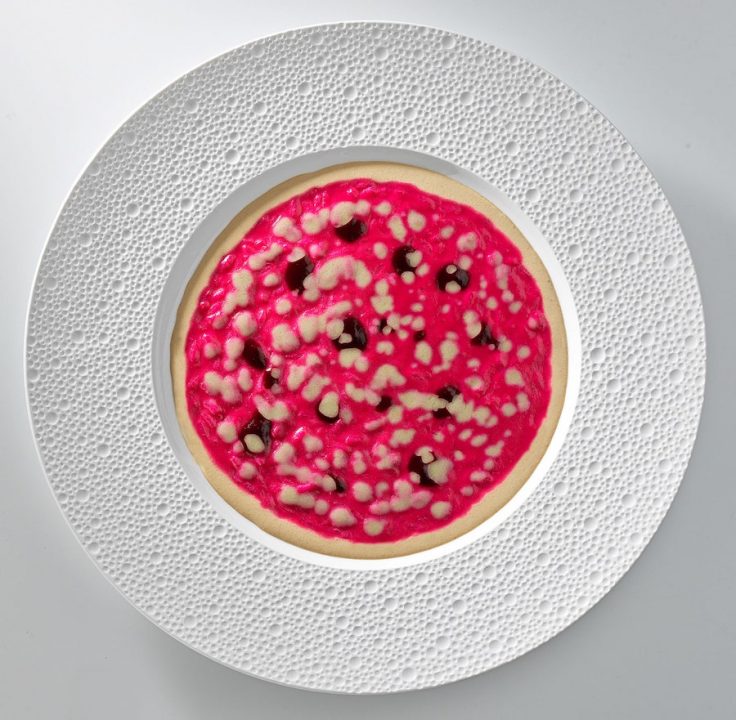 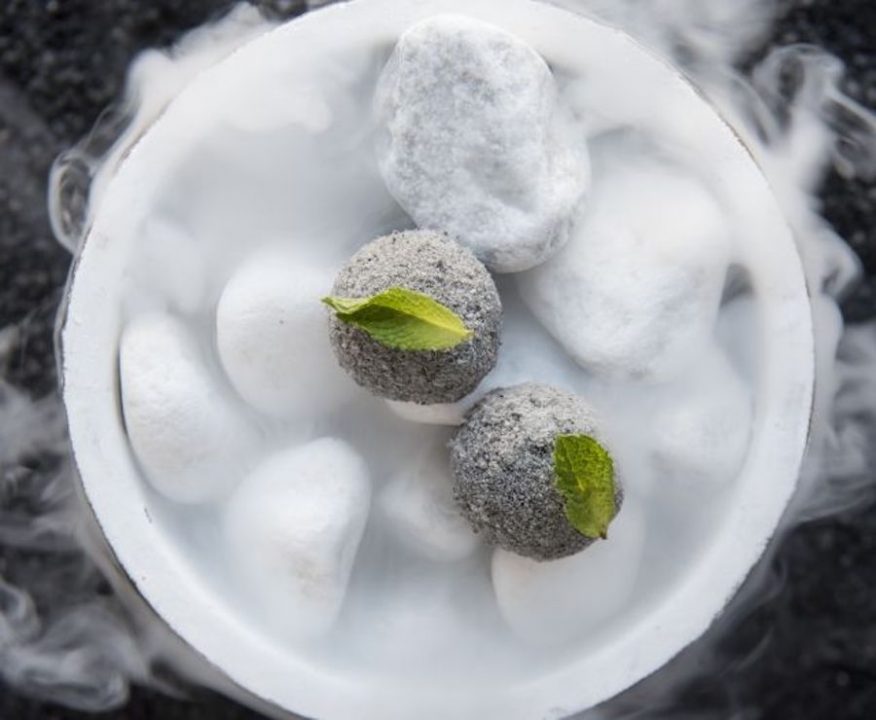 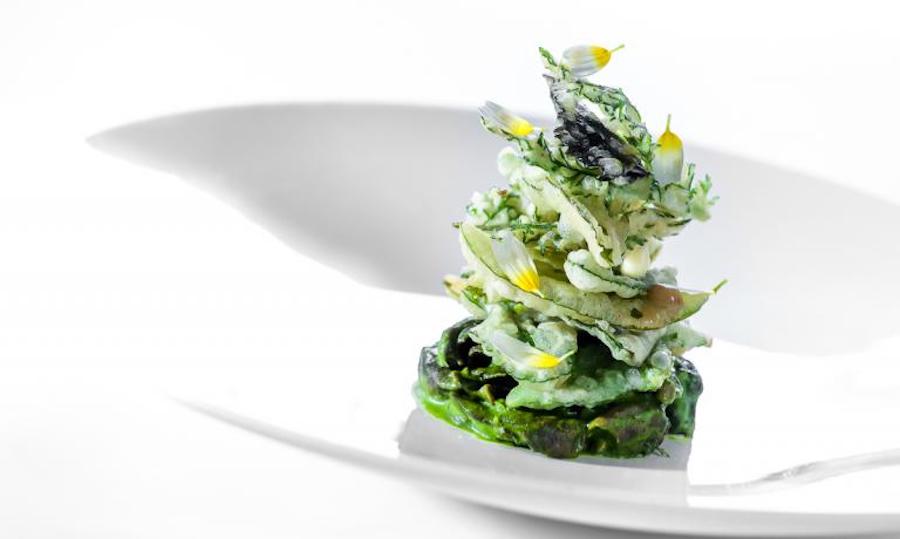 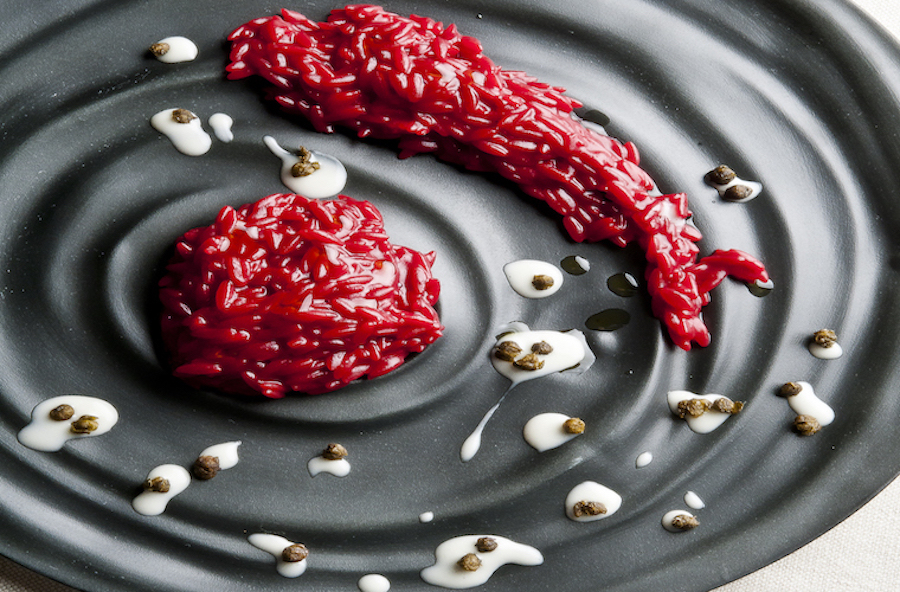 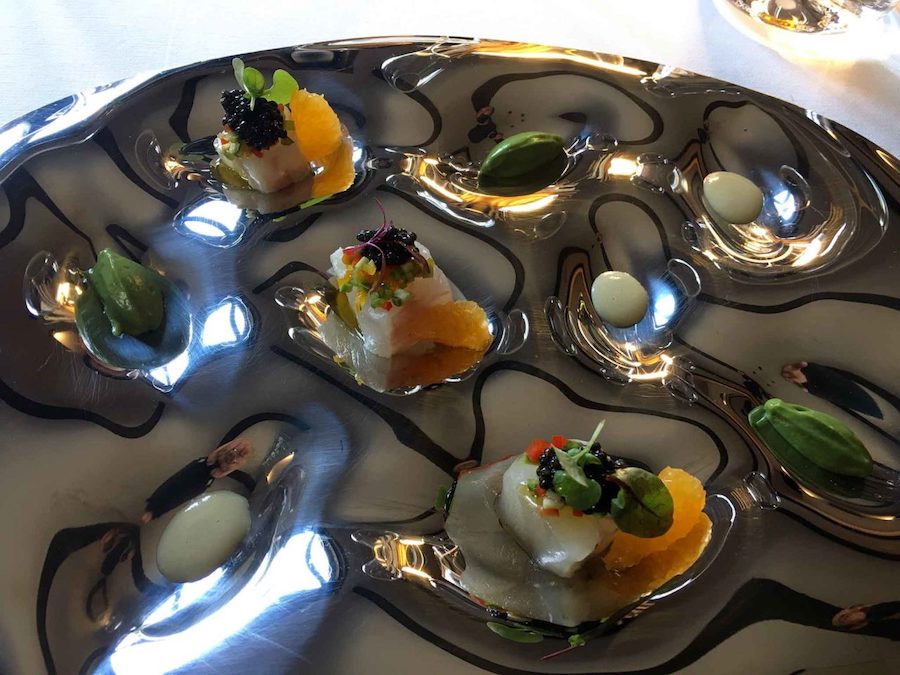 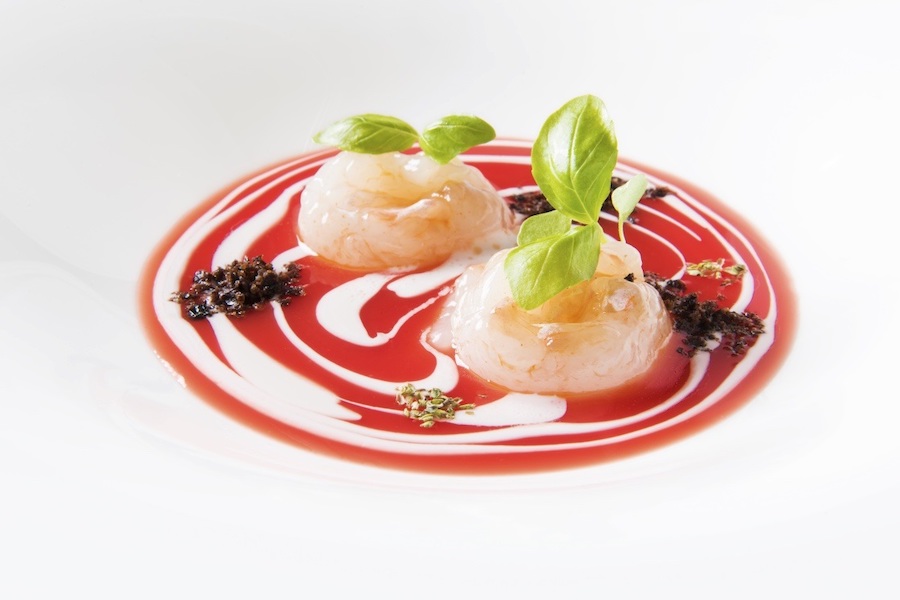 Michelin star awarded dishes that look like works of art