GRIS is Nomada Studio’s new spectacular video game designed to be a real dream. The landscapes are characterized by a watercolor effect, which leads this product to be a true artwork. Gris is an introspective path of a girl who faces her inner journey by wearing a dress that changes tone and volume according to her moods and fully represents the new gaming experience that is spreading in recent times.

The great particularity of this product, beyond the graphic beauty, is the platform mode that consists of adventure levels and pure risk-free explorations because the concept of death doesn’t exist in this video game.

Gris is a contemplative experience of great quality that will be available on market by December 2018 for Nintendo Switch and Windows 10 PC.

Find out more on the website of the producers that you find here.

On a Monday unlike any other, I was walking along a small Florentine alleyway, dimly lit by the sun, until a marvel appeared before my eyes. Piazza della Signoria welcomes me with its beauty, and no matter how many times you have been to Florence, it always seems incredible to think that a place like this can survive the passage of time.
It is here, in the Camera d’Arme of Palazzo Vecchio, that I take my place to discover the new Lavazza Calendar 2022.

Last year, Lavazza presented the Calendar under the banner of The New Humanity, inviting us to imagine a future based on a new humanity at a time of uncertainty and fear like few other times in recent decades. It is perhaps in this concept that the theme of next year’s Calendar, I Can Change The World, has its roots.

In a way, it is as if Lavazza is telling us that it is not enough to imagine and dream of a different future but that we must take action and fight to build it. So, what better place than the city that was the birthplace of Brunelleschi, Lorenzo de’ Medici, Dante Alighieri, Machiavelli, but also Guccio Gucci, Oriana Fallaci and Tiziano Terzani to show how never change will come until each of us dedicates our lives to this cause.

As in any self-respecting battle, we need captains to follow and imitate. Lavazza offers us six of them, six outstanding personalities in their field, six young people who have managed to combine their passion with all the values they believe in.

The street dancer Shamell Bell, who fights against racism, the marine biologist Cristina Mittermeier, who documents the advancing destruction of the oceans with underwater and other photographs, the Afghan refugee rapper Sonita Alizada, and the musician Ben Harper, who has always been committed to fighting social inequality and climate change. The sextet is completed by Shilpa Yarlagadda, a jewelry designer who supports female empowerment, and land artist Saype.

To direct and photograph these six activists, or artivists – as Francesca Lavazza called them when she presented the project – Lavazza entrusted the task to the best director of photography ever, Emmanuel Lubezki.

I held my breath, and with me all the press present, as he took the stage. Just a few words are enough to understand that the purity and sensitivity of the images he creates and that we are used to seeing on the big screen are just a reflection of his personality, something I was able to ascertain during the minutes we spent together after the conference and perhaps the main reason why he was chosen to tell the story of the claim “I Can Change The World” with 12 shots.

Shots that want to, and can, only give the LA to the change we wish to see in the world and of this Chivo – Emmanuel Lubezki’s nickname – is aware. “It would be too pretentious to think that a calendar can change the world”, he tells me, adding “the only thing I can do is amplify the voices of these artists. Each of them is working really hard to change the world. They are deeply optimistic and when you are optimistic you really live your life, believing in what you are doing, and they are doing it. In this case, my job is a humble one and I put myself at their service to tell them who they are and what they do in the hope of setting off positive vibes in those who discover them.“

I can sense from the way he talks about it and from the shiny eyes that sometimes betray him that the bond created with the six protagonists of the Calendar is real and deep. Finding out that each of them was shot in different places on the Planet that show both the impact of climate change and the beauty the world we live in has to offer, and that Chivo experienced them all alongside the young activists, even being directed by them, only confirmed my thoughts. “I spoke to them,” he tells me, “we talked and I immediately understood that I shouldn’t work as a photographer, but more like a director of photography, letting myself be directed by them and also being guided by their ideas. This is why we have portraits in close-up, but also photos where the landscape dominates.”

At this point, it really only takes one look at the photos to understand how the 12 shots create a more complex and structured narrative. “From the desert chosen by Sonita to the Caribbean Sea where I photographed Cristina, all the landscapes we worked in are endangered and shooting these six young people immersed in the beauty and fragility of these places underlines their profound optimism that I mentioned at the beginning. I tried to create a journey through the calendar, through the different places, but also through light“.

This choice should not come as a surprise, as Lubezki is internationally recognized precisely for his meticulous and perfect use of natural light. “Well – he confides – I have to say that the use of natural light came from the directors I work with, in particular Terrence Malick, who called me to work with him to make a film entirely with natural light. Thanks to his knowledge of the behaviour of natural light, but also of photography, we were able to make four films together using only natural light. For Revenant it was different and I think it was interesting for Alejandro to explore this world and understand how to move and work during the day with respect to light. But it wasn’t me who had the initial idea.” Nevertheless, this stylistic imprint has now become his signature and we can find it within the Calendar as well, in fact he added “In this particular case, I incorporated natural light into the Calendar because I thought it would give a purer result, which would help me incorporate the characters within the landscape, although sometimes I used flash. For Saype, for example, I had to. His picture was taken between three and four in the morning in Alaska and it was so dark that I had to use lights“.

As mentioned a few lines above, the one created by Lavazza and Emmanuel Lubezki is a voyage of discovery of the world we occupy for the short time of a lifetime and which we are taking too much for granted. To some, the choice of entrusting the production and art direction to a cinematographer used to working in the film industry may raise eyebrows. If, however, you dig deeper and look at Chivo’s Instagram profile (you can find him as @chivexp, the name given to him by Steven Soderbergh), the circle is closed and all doubts are cleared.
As one of the 500,000 people who follow him, I couldn’t help but take the opportunity to ask him what he thought of Instagram, suddenly finding myself talking to a 56-year-old person who probably understands better than me and many young people what the right use is. “I started using Instagram both because I wanted to know what it was about, but also because, having two daughters, I was worried about the effect it has on young people. Gradually I began to discover an encyclopedic aspect and it became a place to find incredible photographs, dancers, choreographers, painters, musicians, artists. Finally, it also became a place to meet people, Saype I met through Instagram.”

Our meeting concludes by agreeing that smartphones have, to all intents and purposes, changed the way we take photographs, but that if the result is to live outside the screen of a phone then you have to rely on other tools. “If you’re going to print photos, say the size of those for the Lavazza Calendar, you’ll probably need a higher quality camera“.

I take my leave with the knowledge that I have just had one of those once-in-a-lifetime encounters and one phrase keeps ringing in my head, “I Can Change The World”. 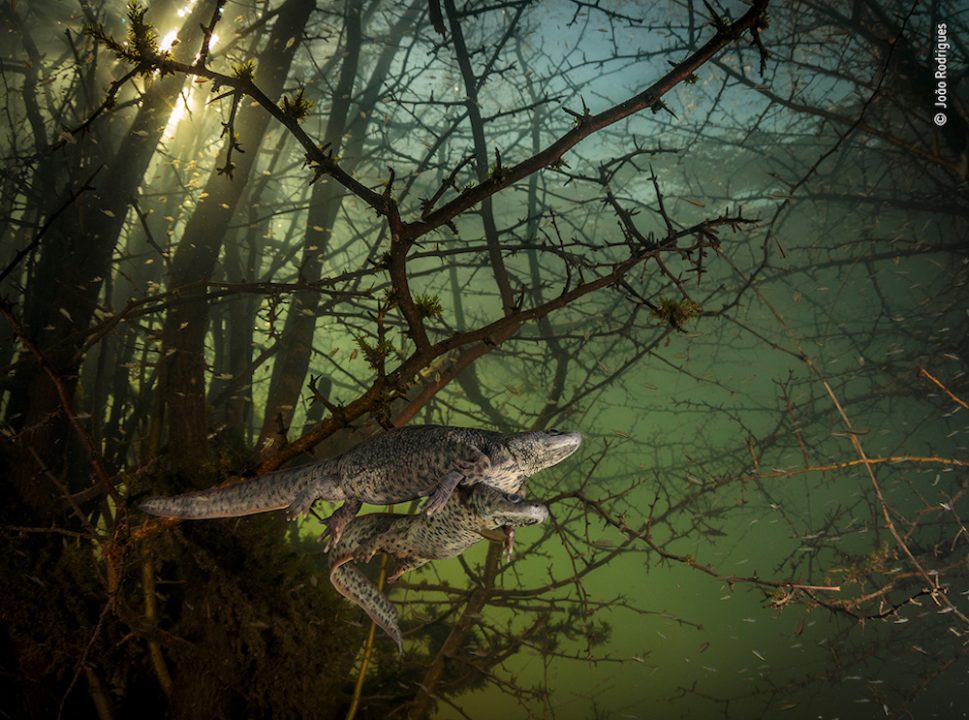 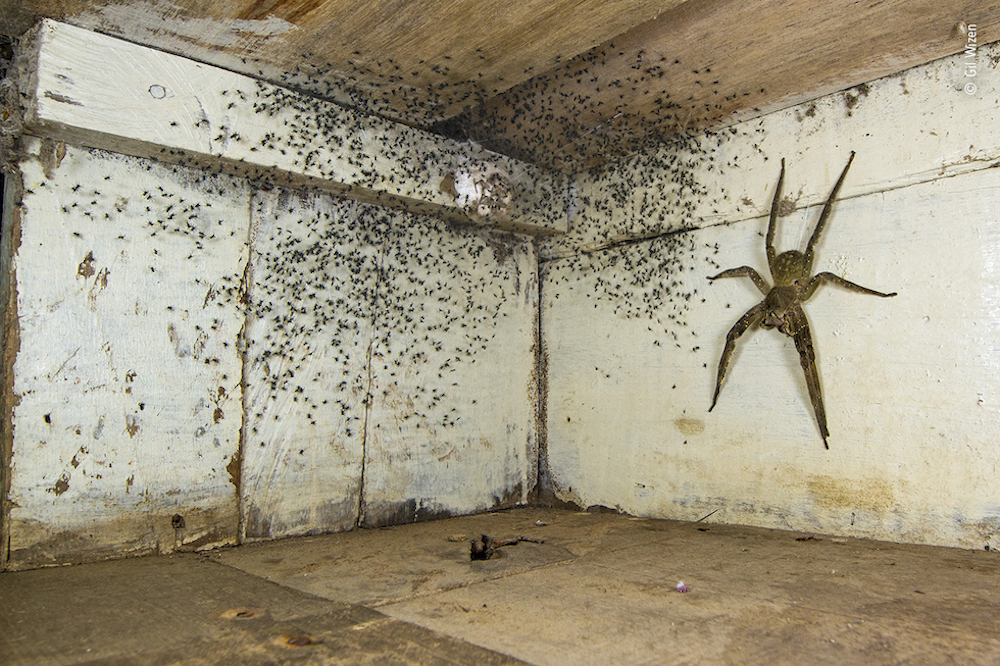 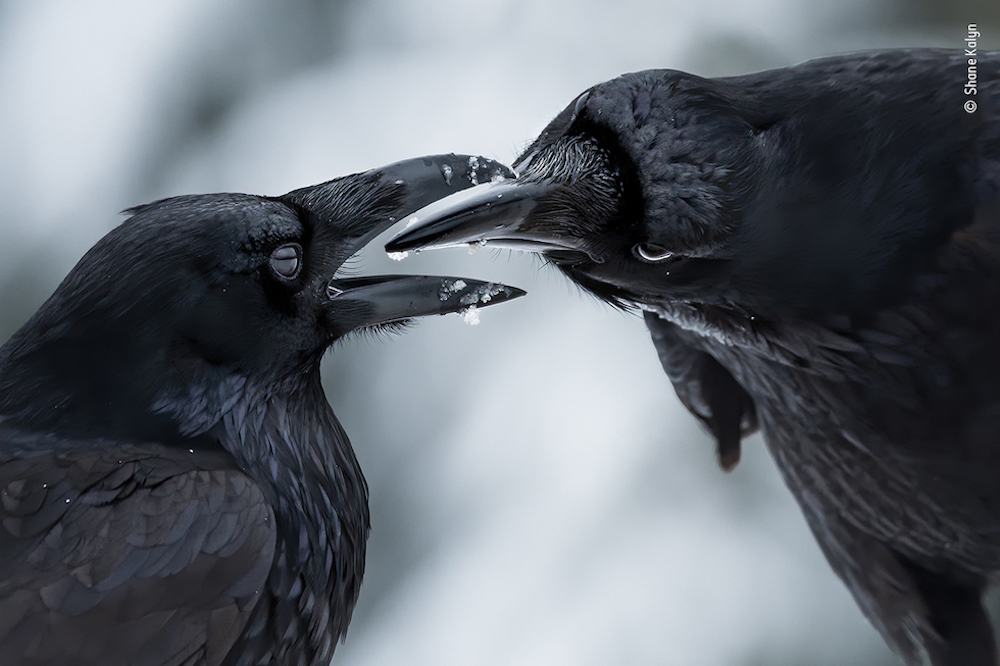 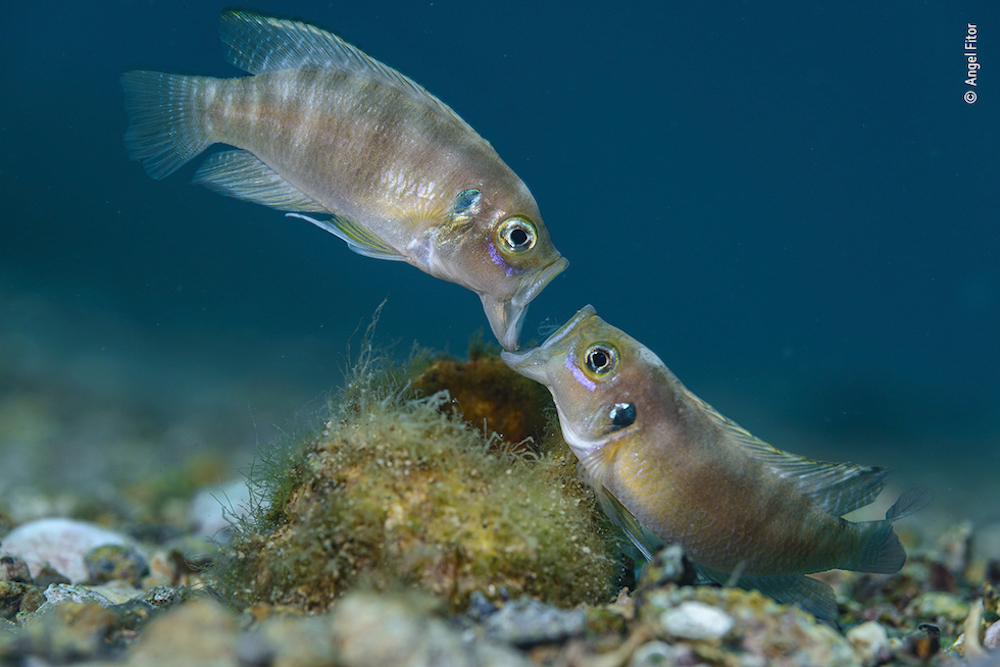 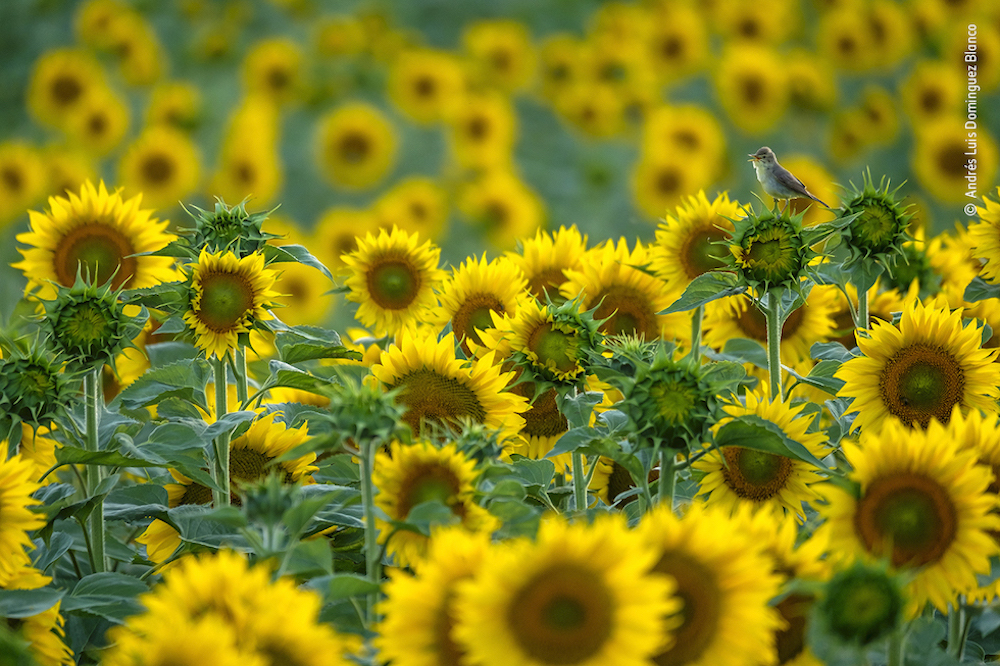 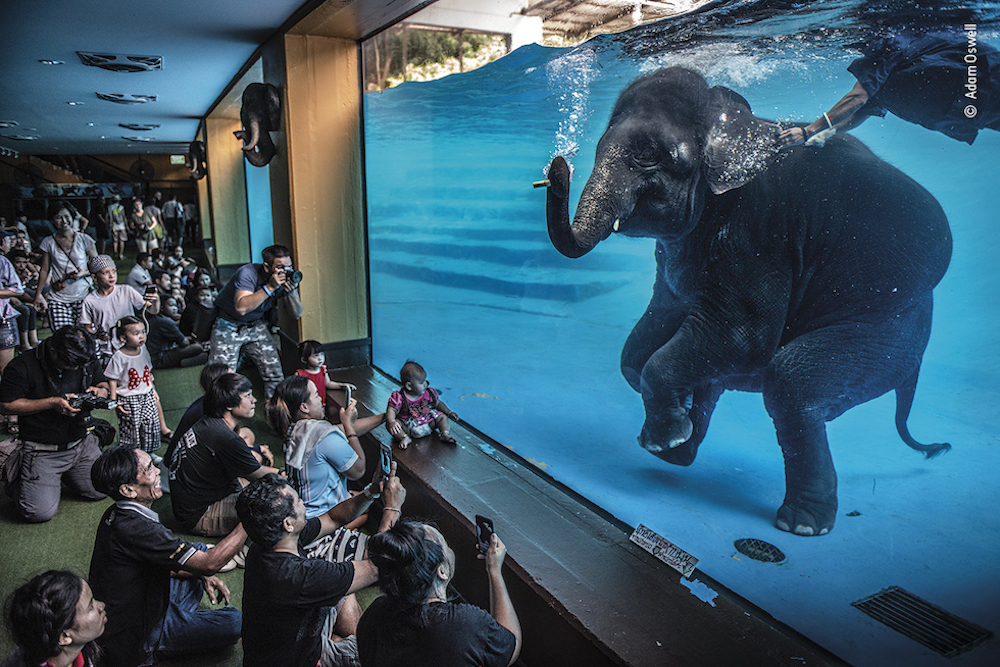 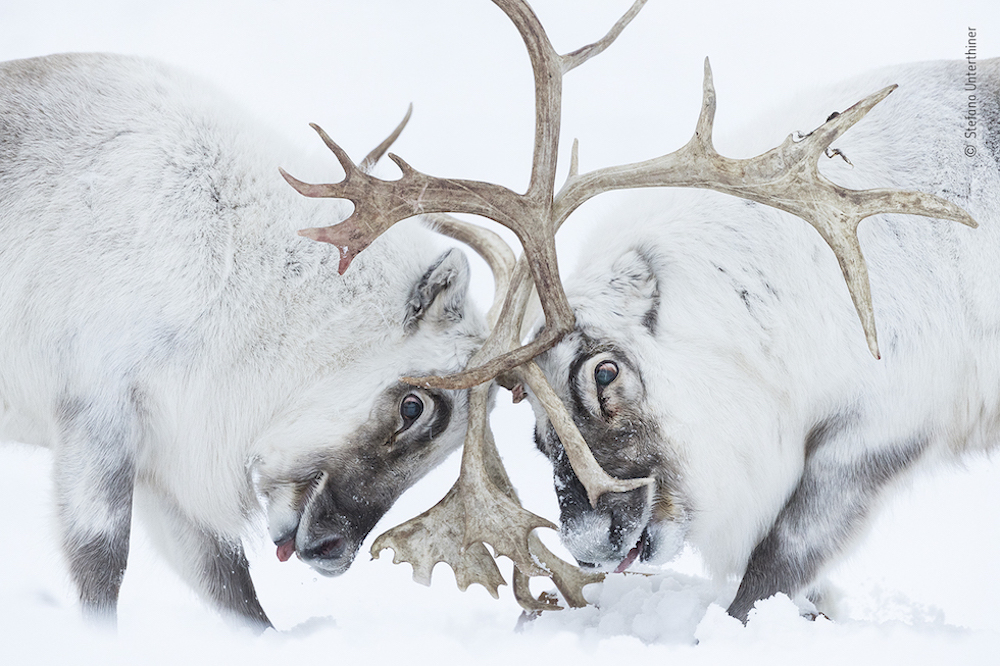 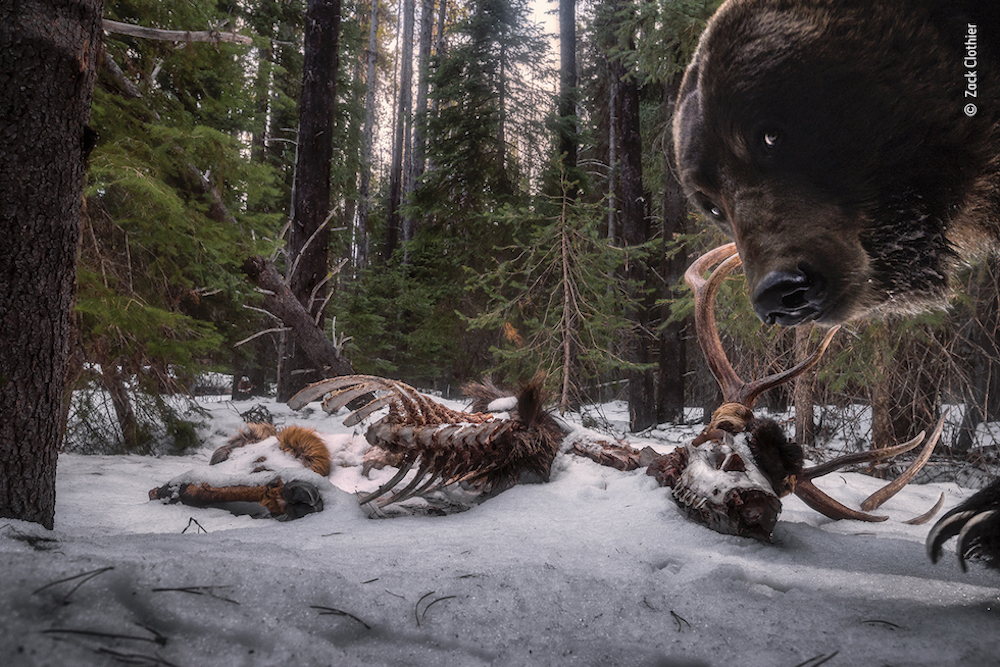 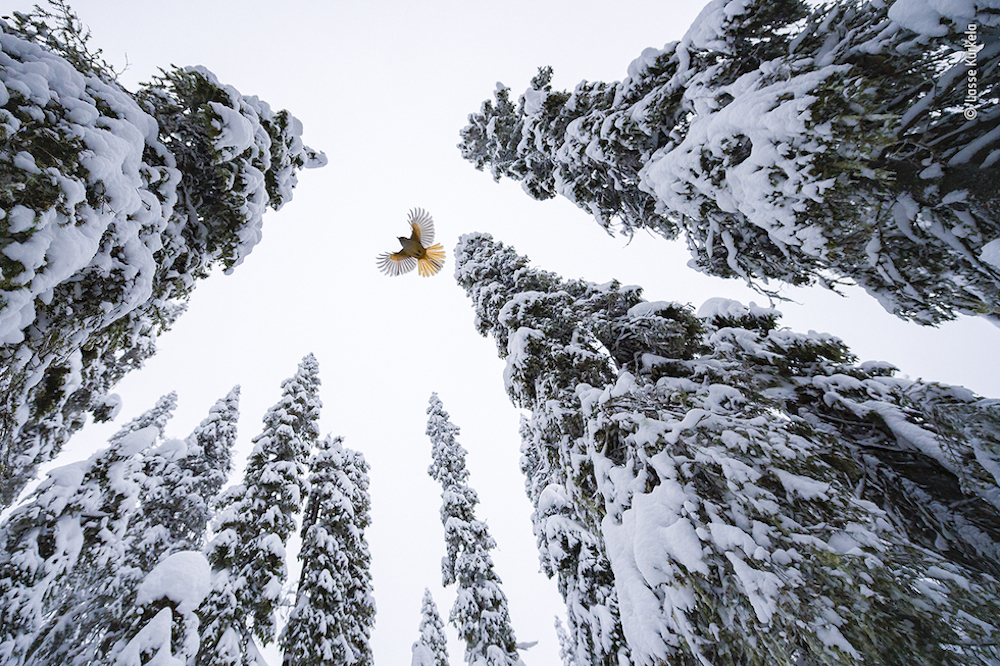