Graduated in Visual Design and Communication at the Politecnico di Torino, Italian graphic designer and photographer Paolo Pettigiani has decided to dedicate a series of photographs to the majesty of his adopted city, New York.

Through beautiful photographs taken using the infrared filter, he wanted to give the Big Apple a different light.
One of the world’s most famous skylines, usually at the centre of the image, emerges from the lush nature of Central Park, taken from different corners, views and localities.

We have already spoken about Paolo Pettigiani when he was in Milan to photograph the architectural forms of Expo Milano 2015. 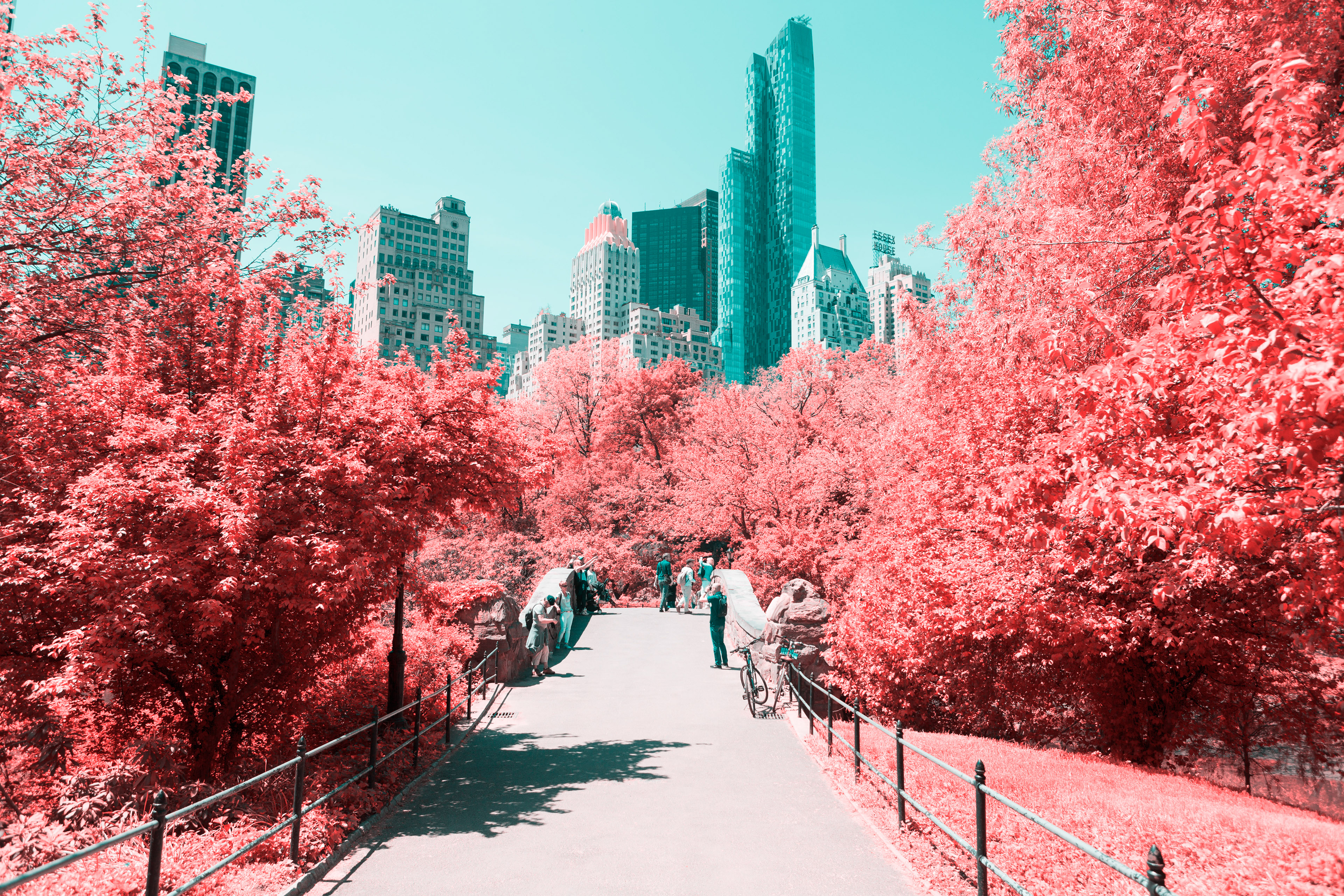 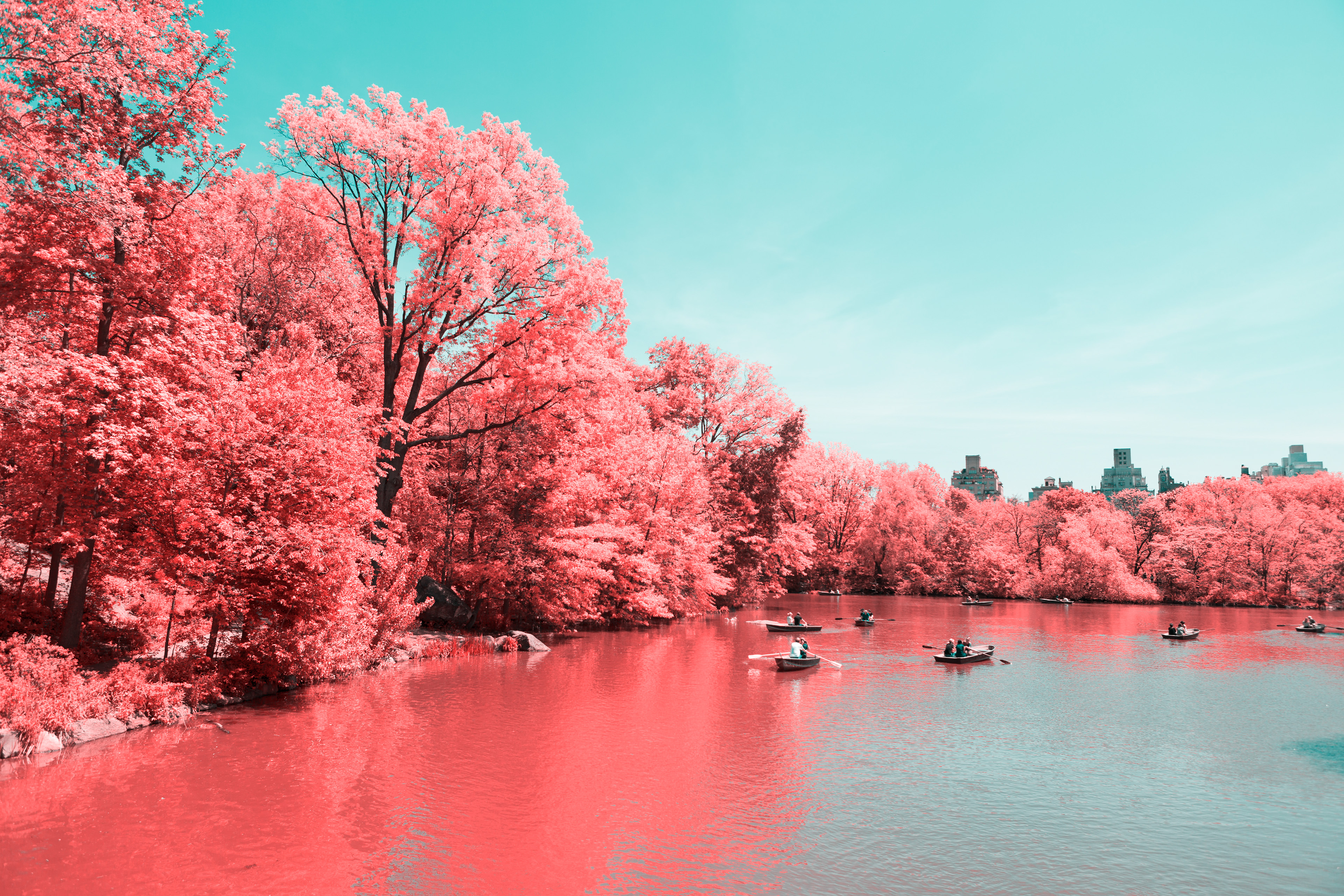 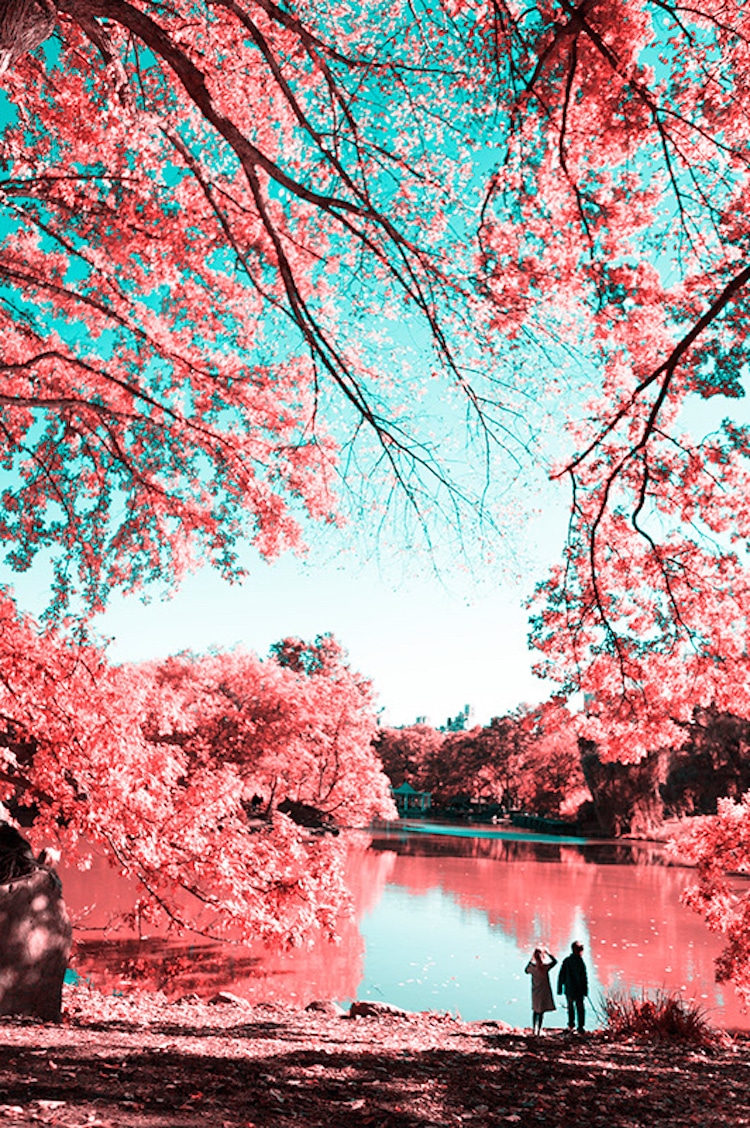 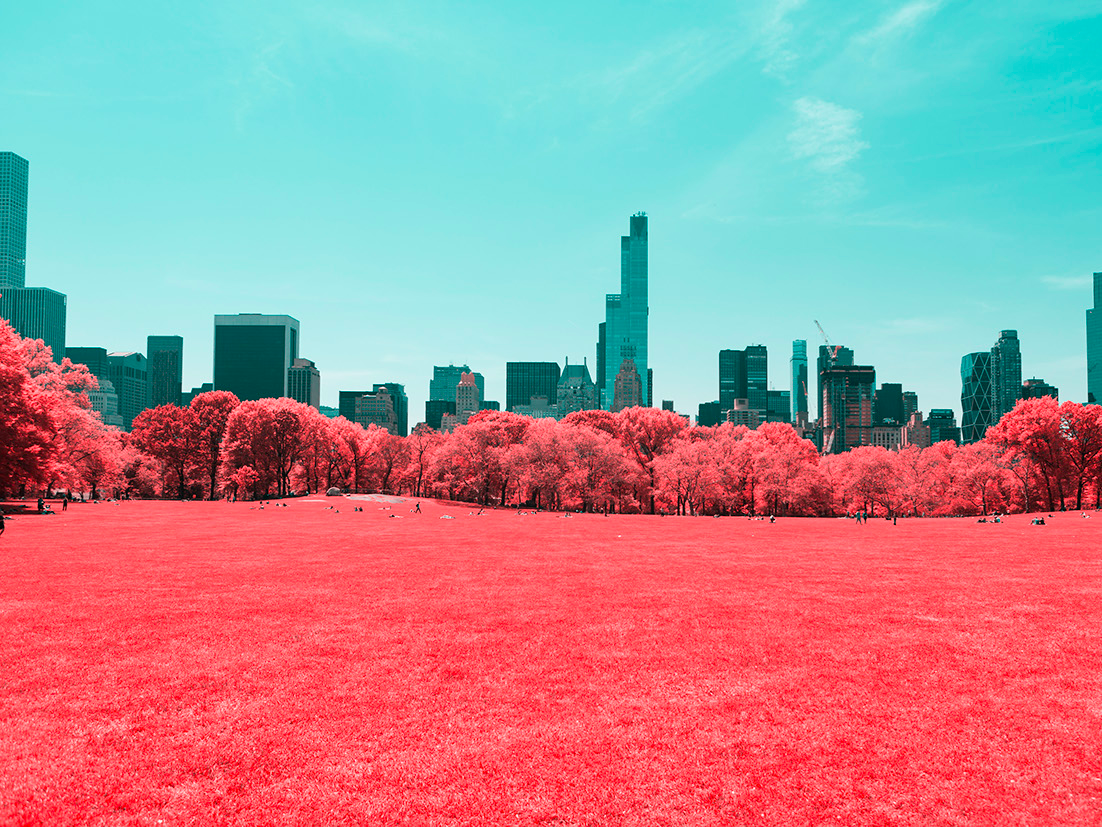 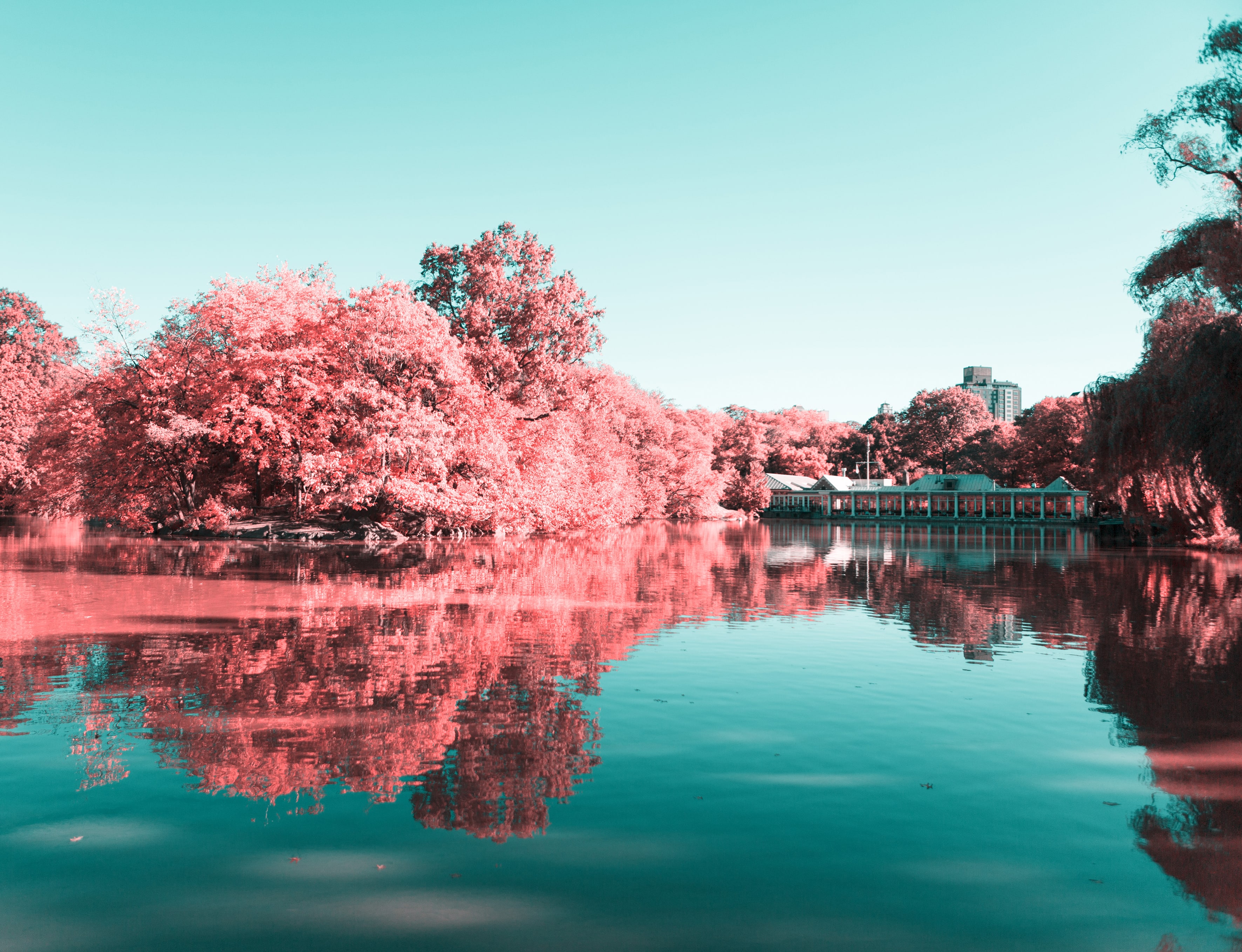 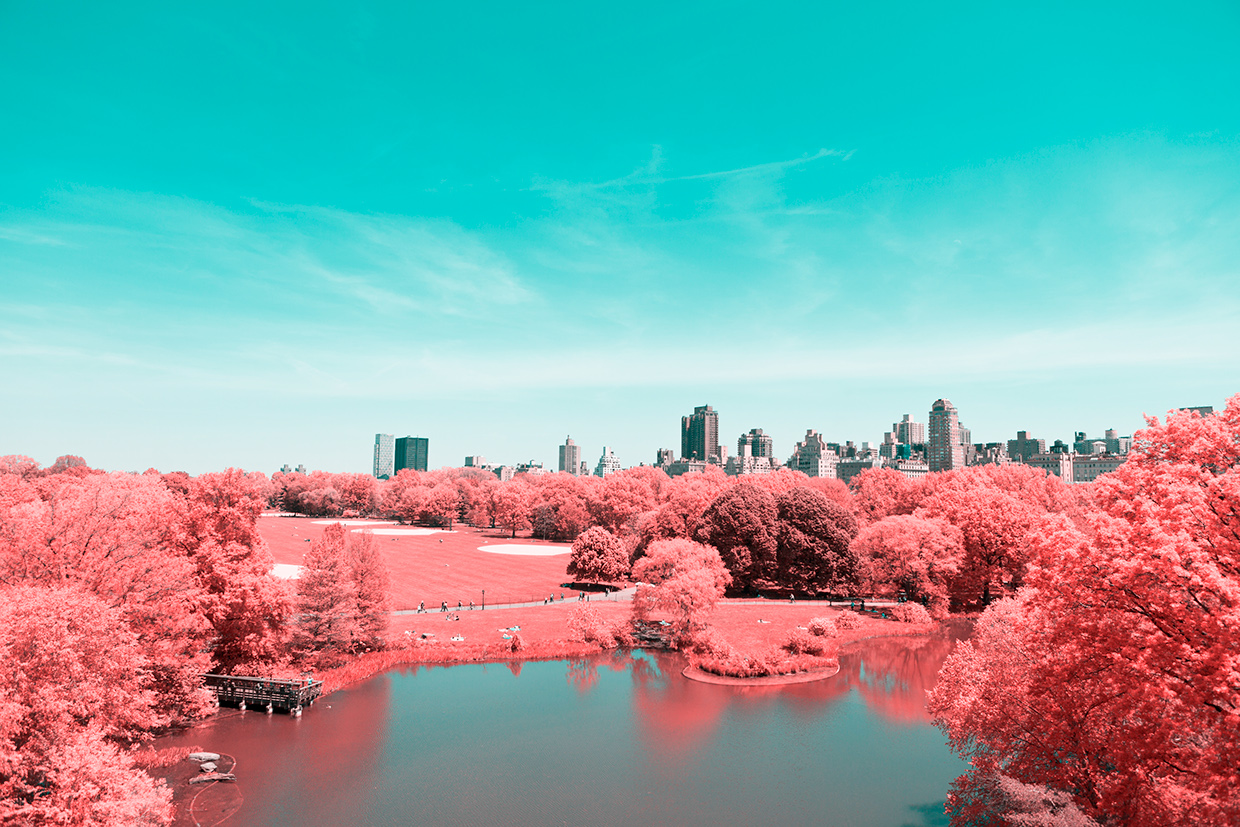 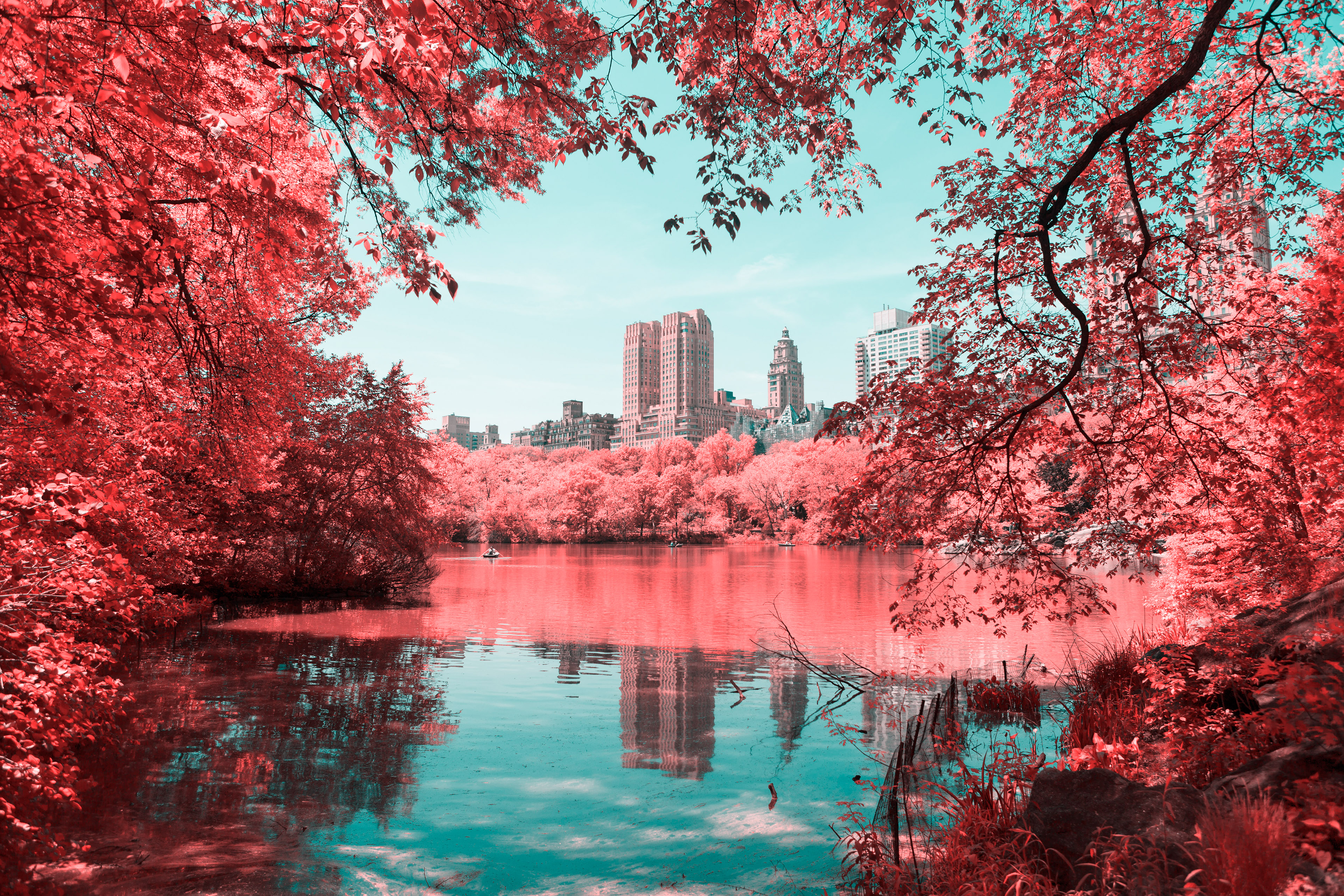 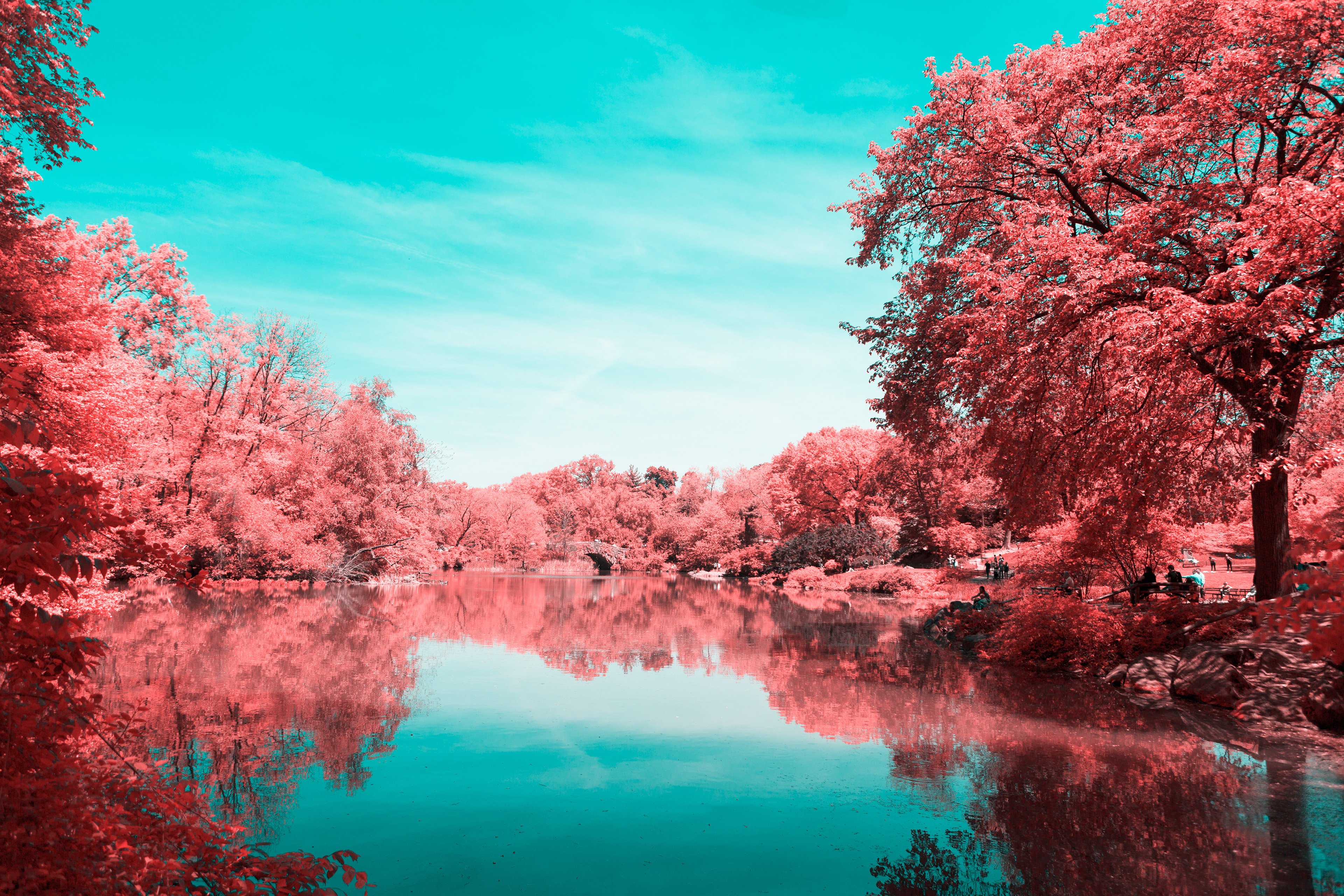 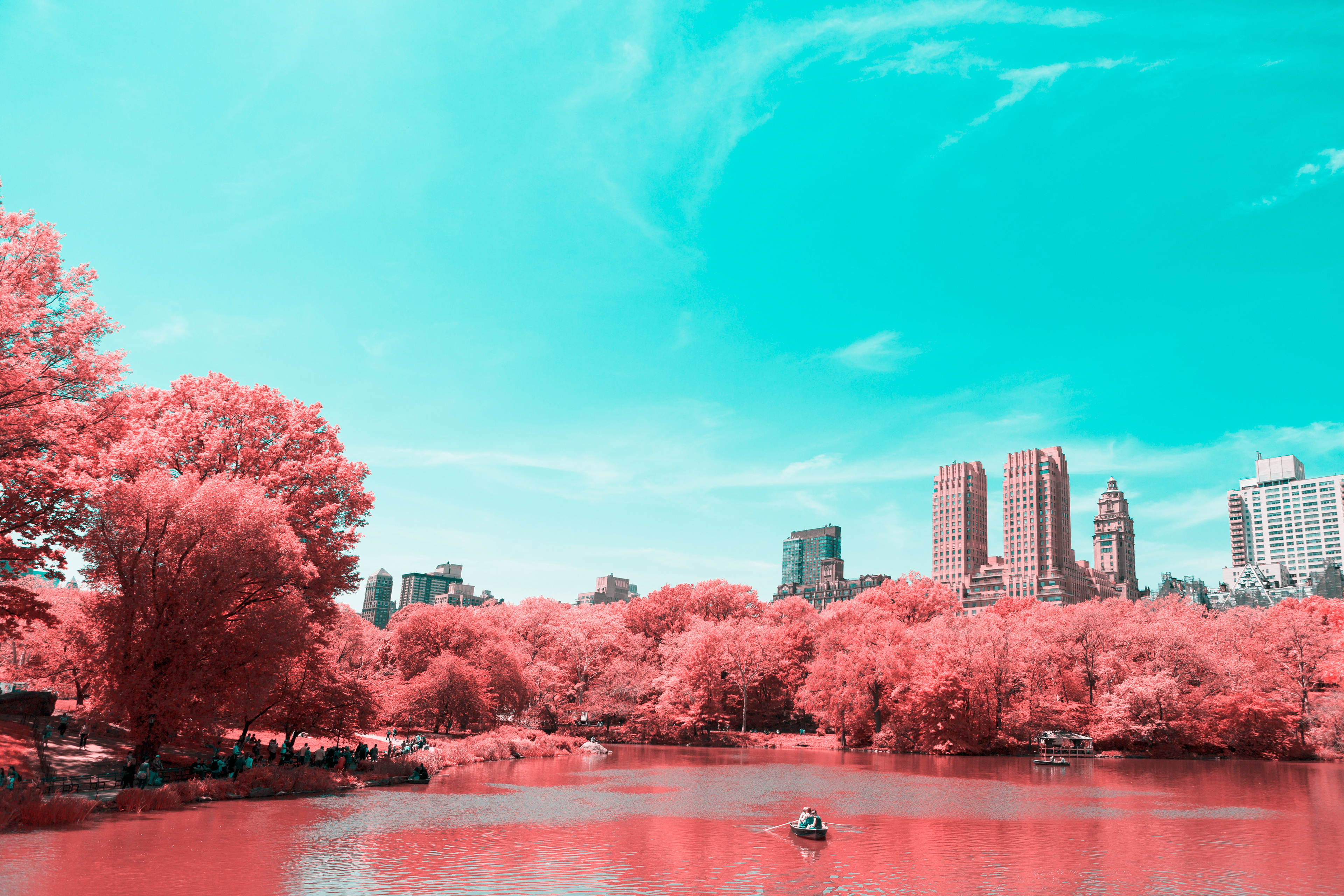 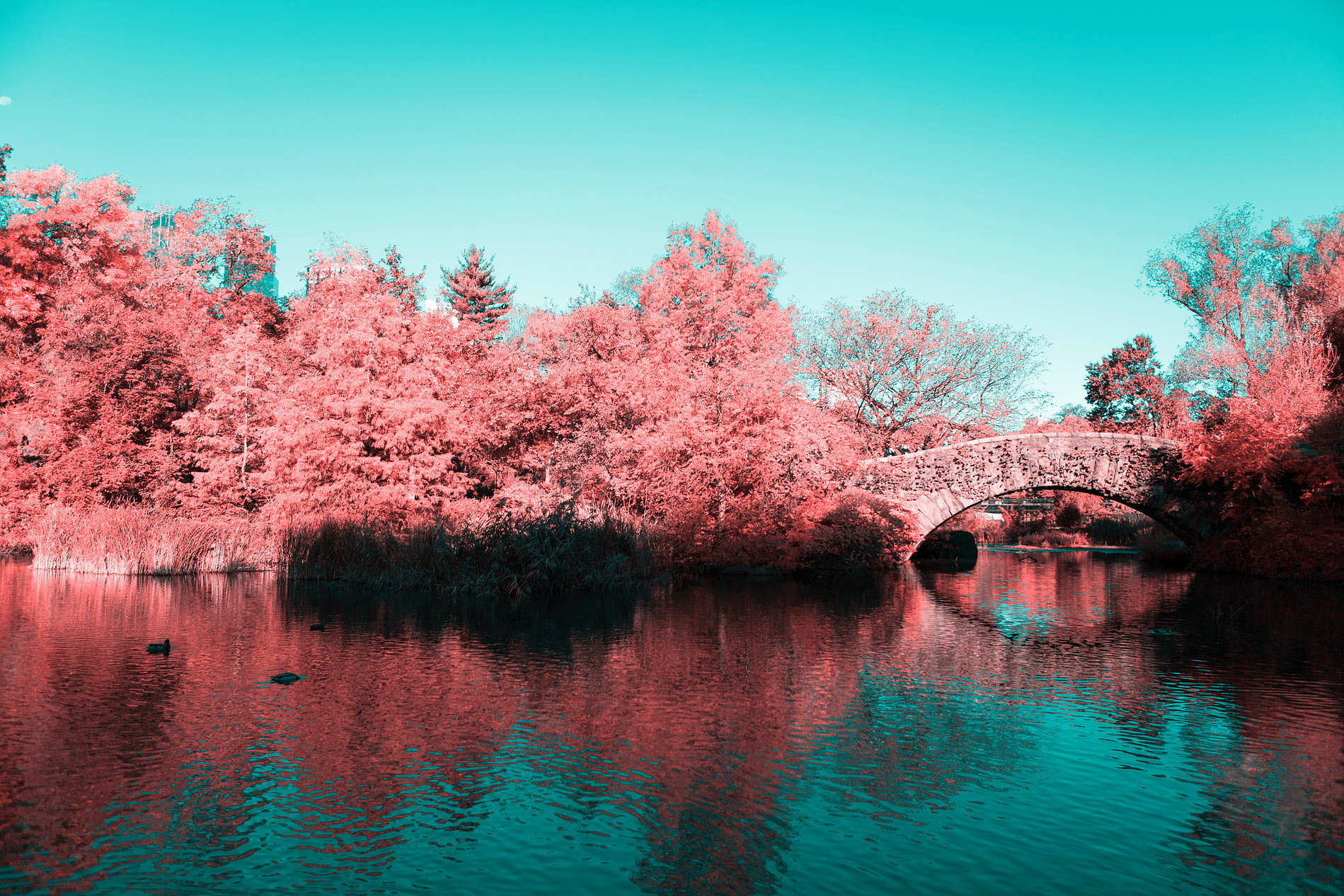 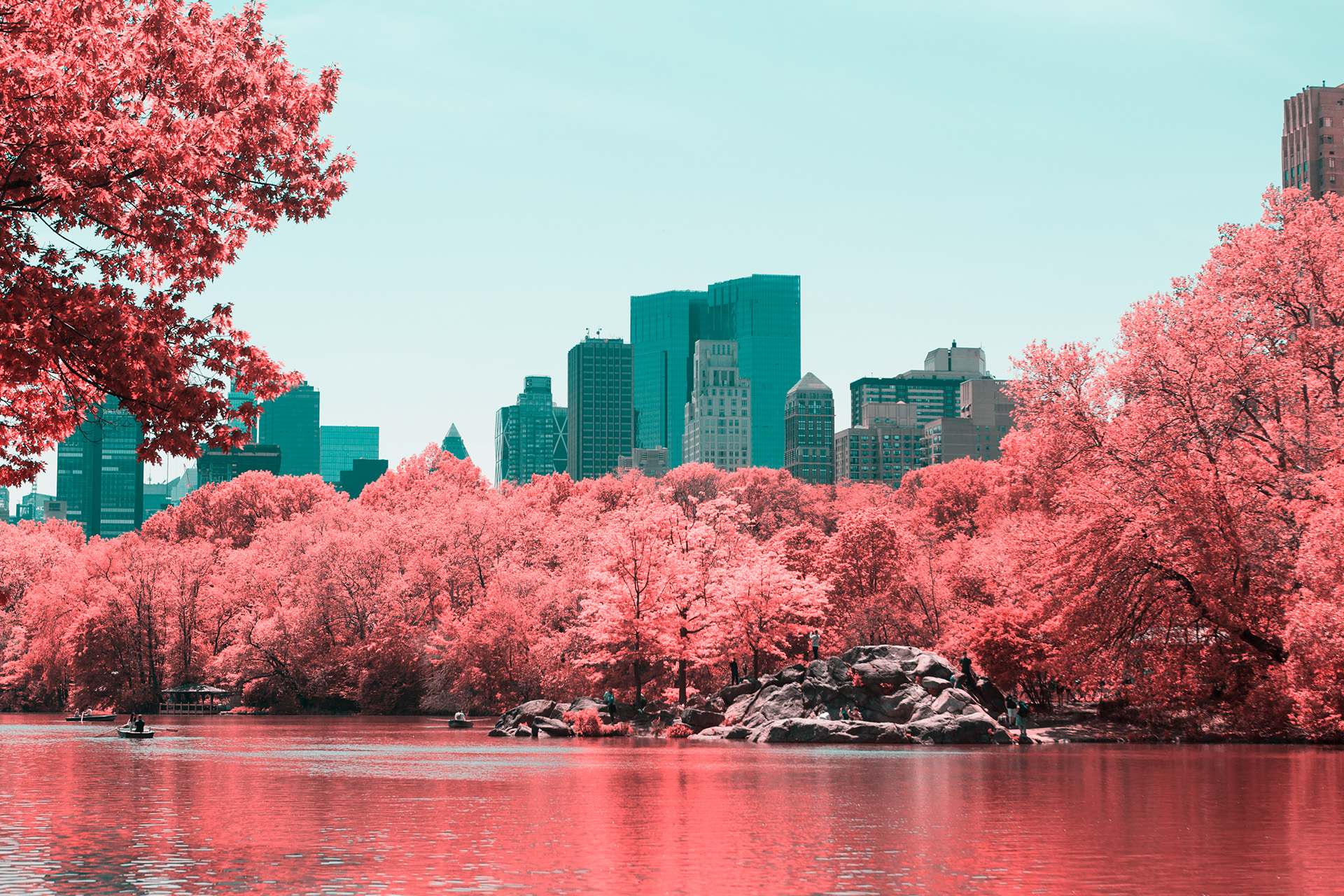 In 2017, in collaboration with Amazon Studios, the Chinese artist and activist Ai Weiwei presented the moving documentary Human Flow in Venice.

The film tells the drama of migrants through a journey through 23 countries, from Afghanistan to Sicily, from Kenya to Iraq, from Berlin to the border between Mexico and the United States, with the touching participation of more than 600 refugees and humanitarian workers.

It is news of the last few days, however, the decision of Ai Weiwei to transform the documentary into a book: Human Flow: Stories from the Global Refugee Crisis.
Inside the tome it will be possible to read more than a hundred interviews that the artist made during the trip, accompanied by 44 black and white photos that he took himself during the shooting of the documentary.

All the unpublished material tells the story of men, women and children who are forced to travel for years for miles and miles, making their homes refugee camps and other places that can hardly be considered a good place to stay.

If you want to buy the book you can go here.

The closure of cinemas and the production stop does not stop Christopher Nolan. The release of his latest film, TENET, does not seem to change. The appointment remains for next July 17 and to confirm this is the new official trailer, which reveals much more about the plot. Watch it below!

We’ve been waiting for him for three years, since the release of his latest film Dunkirk and now he’s finally here. Yesterday the official trailer of Christopher Nolan‘s latest pharaonic feat was released, which, as his films are used to, gave us an indescribable rush of adrenaline, but raised a thousand questions.

TENET, which will be released in cinemas on July 17, 2020, promises to be a scientific thriller in which there will be a good dose of action, a world conflict at the gates and the inevitable time swings to which Nolan has become accustomed.
“Two international spies are sent out to stop ‘World War III’ at the hands of a mysterious threat, using the unique technology of time-reversal” so cites the officially released plot.

The two main characters are played by John David Washington and Robert Pattinson are joined by an exceptional cast including Kenneth Branagh and Michael Caine, two veterans of Nolan’s films.

Ladies and gentlemen welcome to the afterlife.

Cubic characters, phrases that go straight to the point between colors and shapes of all kinds, this is the essence of testimanifesti.
There are phrases that sometimes deserve more than just a normal drawing, phrases that should be repeated endlessly to never forget them.

Everything comes from an idea of Marco Petrucci, a young graphic designer, who sometimes ironically, sometimes a little more serious with his posters addresses current issues.

Phrases but not only, in the feed we find posters of films, TV series, songs and much more, there is no lack of historical and political references as in the iconic poster “The first partisan” dedicated to the historic secretary of the Socialist Party Giacomo Matteotti.

The phrases of texts are many, the content is really varied but never trivial, the certainty is that they all deserve a poster.

Testimanifesti, there are phrases that deserve a Manifesto

Sweat, tears, joy and pain.
The lives of professional athletes are punctuated by ups and downs, the most unbridled cheering, the front pages and trophies, but also those moments when a mistake, a defeat or an injury determines, for others, the end of an entire career.

And it is precisely to all the athletes who never gave up that Nike decided to take inspiration for the new Never Too Far Down campaign.

A campaign told by LeBron James with the participation of world-famous athletes such as Serena Williams, Tiger Woods, Cristiano Ronaldo, Rafael Nadal and many others.
One clip after another of the worst and best moments of their careers, in a crescendo of emotions and thrills.

“But it’s when we’re given no chance that we somehow found that last bit of strength to keep fighting. And then we did what no one thought we could, not even ourselves. We came back from the impossible.”

LeBron says when the images of the most difficult moments, leave room for comebacks, for the strength of mind and the joy of having made it when it seemed no longer possible.

A campaign launched by Nike at a time when sport, and everything about it, has come to an sudden halt.
A time when all the stadiums and fields in the world have stopped, have been closed due to the spread of coronavirus.

“Right now we’re fighting for something much bigger than a win or a championship. But if we learned anything from sports, it’s that no matter how far down we may be, we are never too far down to come back.”