It’s been 20 years since the first model of one of New Balance‘s most iconic sneakers, the 991, a cult 99x series shoe made in the legendary factory in Flimby, Cumbria, UK.
To celebrate the important milestone, New Balance has created a special model of the 991, available for both men and women, which will be released worldwide on February 26th at a retail price of $200.

To mark this anniversary, we decided to tell the story of the New Balance 991, a contemporary icon of sneaker culture.

To begin to tell the story of the 991 it is important to start with a date, 1978.
Mass consumerism had become part of everyone’s life, computers were beginning their climb towards indispensability, international trade was an established reality and a book The Complete Book of Running, published a year earlier by James F. Fixx, which exposed the benefits of jogging, was on the shelves of every bookstore and running was the most popular physical exercise – so runners of the time were already ready to spend their money to put on their feet the best shoes for their daily runs. And it was 1978 that saw the birth of the concept for the 990 and New Balance’s decision to make the best running shoe ever.

Most companies that produced sneakers at the time had begun to move production facilities overseas to reduce costs but the Boston company’s choice was different.

New Balance realized that producing sneakers locally would encourage runners to “trust” the company’s products more. But not only, by doing so it would have kept under control every moment of the production, thus raising the quality of every single production step and therefore of the sneakers as a whole. Obviously, this choice had a downside, the final price of the product, it was in fact the first athletic sneaker to cost $100.

Four years after that idea and after four years of research and development, in 1982 New Balance launched the first sneaker of the 99x series, the 990, a plastic representation of the concept of avant-garde and quality in the field of running sneakers.

The innovations that the 990 introduced were incredible, just think of the creation of the upper with the slip-lasting technique, or the “Motion Control Device” on the polyurethane heel.

In the decades since, the 99x series has transformed and innovated the sneaker world, building a timeless legacy and pointing new ways forward in sneakers making.

Here we are in 2001, when New Balance launches the 991, as the predecessor of the 990v2: the first shoe produced by the Boston-based company to have an ABZORB insert in the forefoot and under the heel, thanks to a new and improved midsole design, as well as an aerodynamic toe box and superior comfort, as found in the wider family of performance running models of that period.

Over the course of these 20 years, the 991 has become an absolute must-have for several generations, an icon by definition. Chosen by artists, creatives and prominent people in the industry (and beyond) globally.

A silhouette for anyone who wants to wear a piece of history that, thanks to a timeless aesthetic, is more current than ever.

The M991ANI and W991ANI will be available worldwide starting February 26.
New Balance will be celebrating 20 years of the 991 throughout 2021 with additional colorways, we’re in for an iconic year in the spirit of the 991. 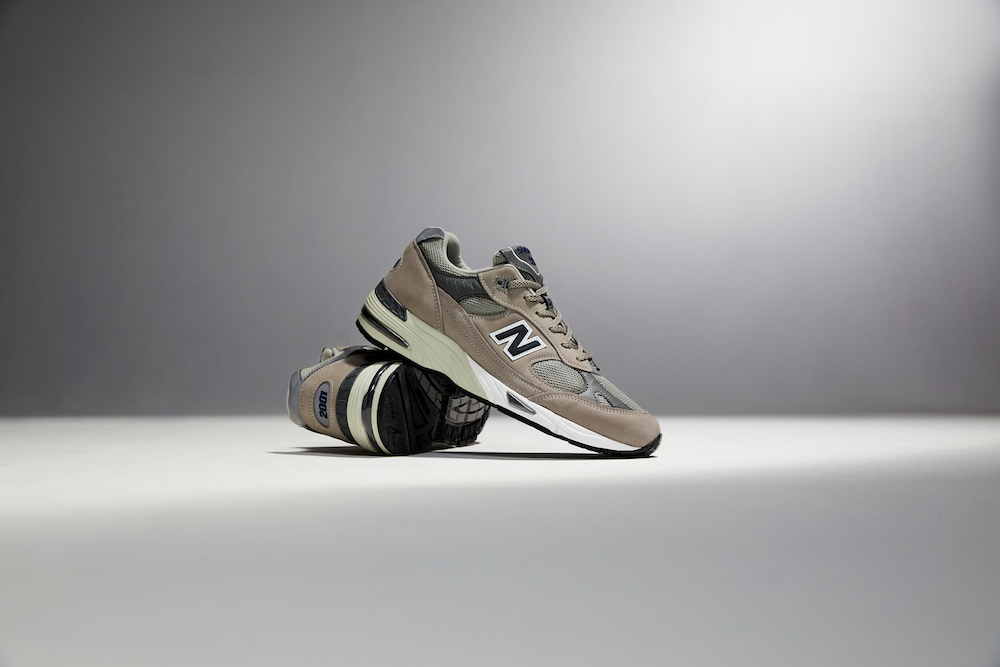 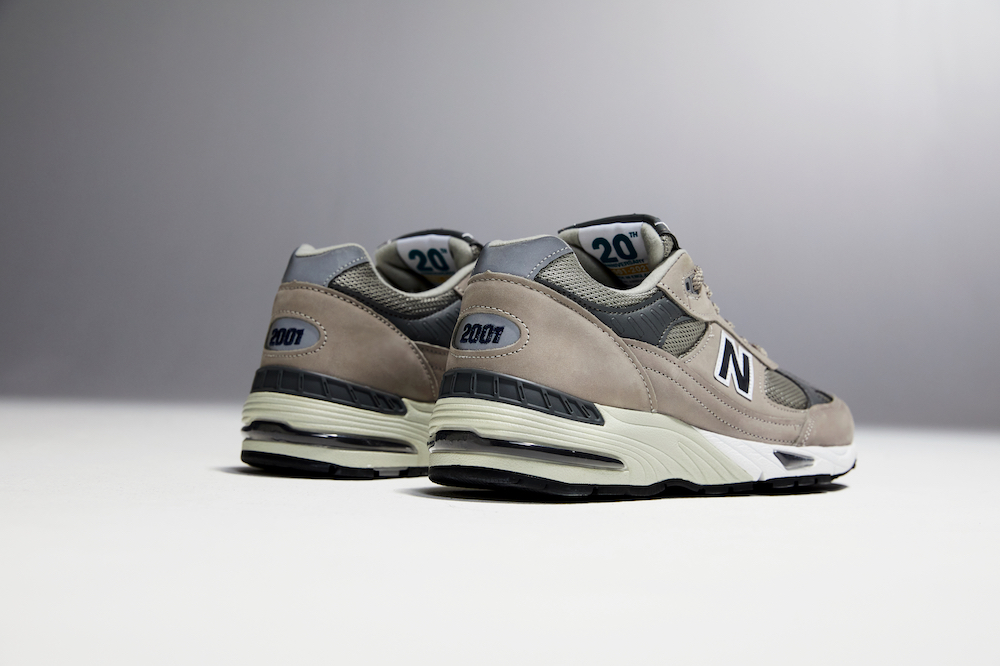 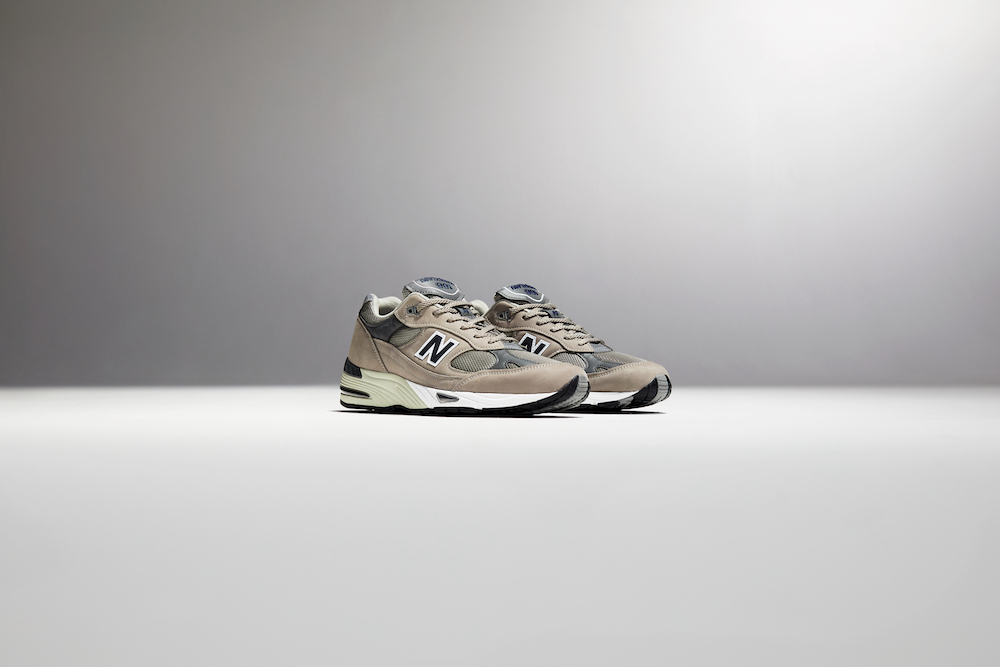 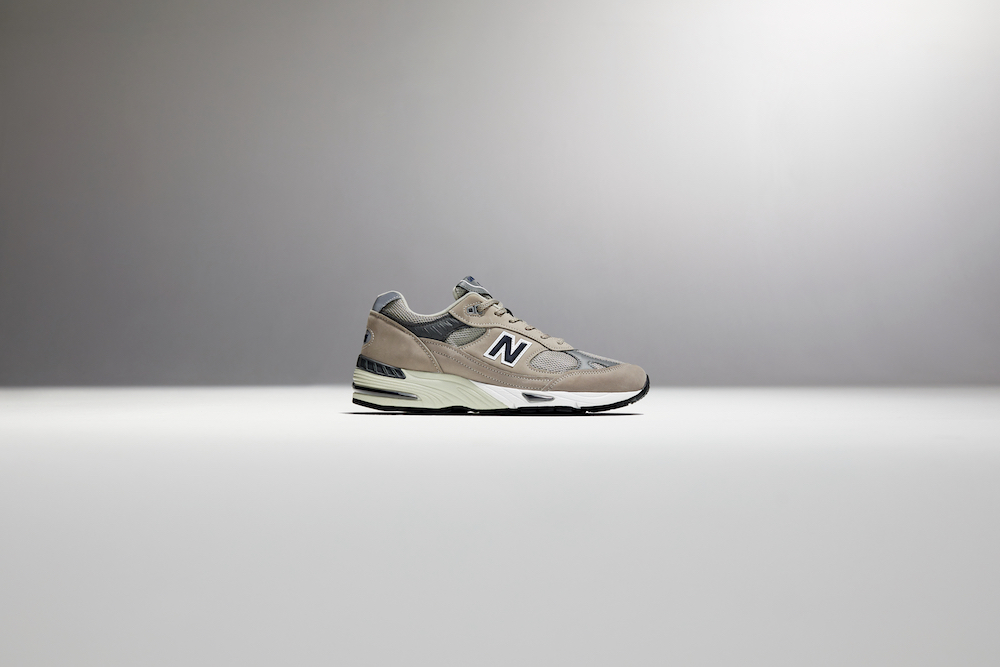 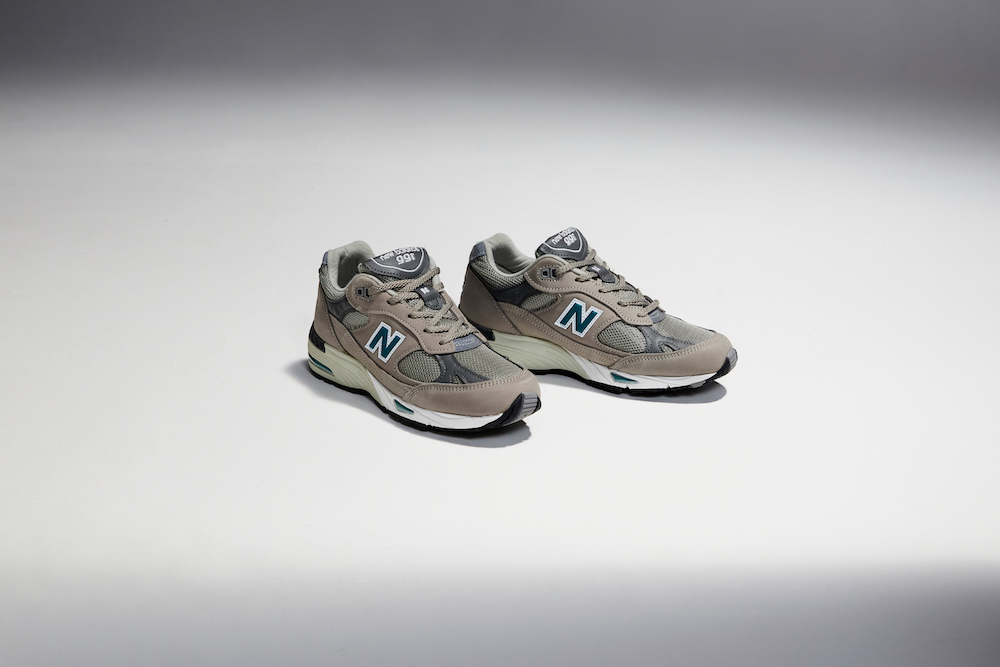 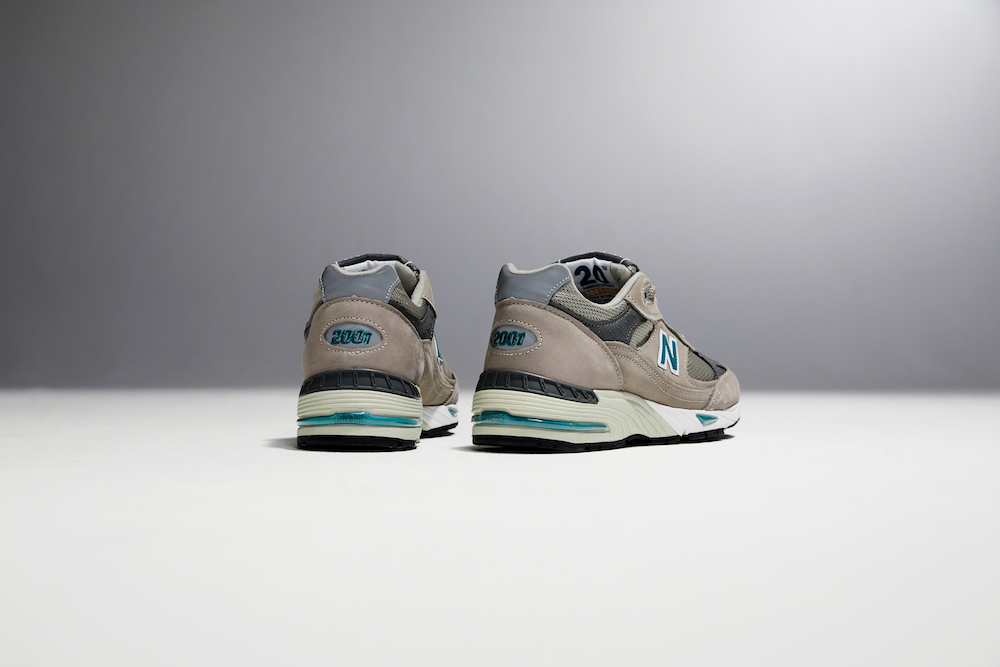 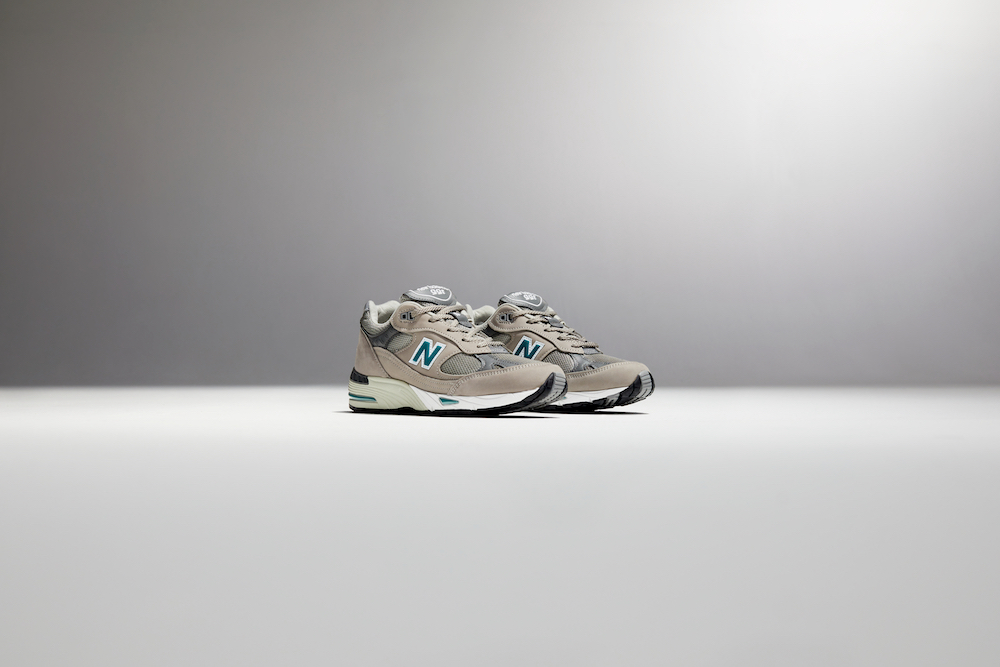 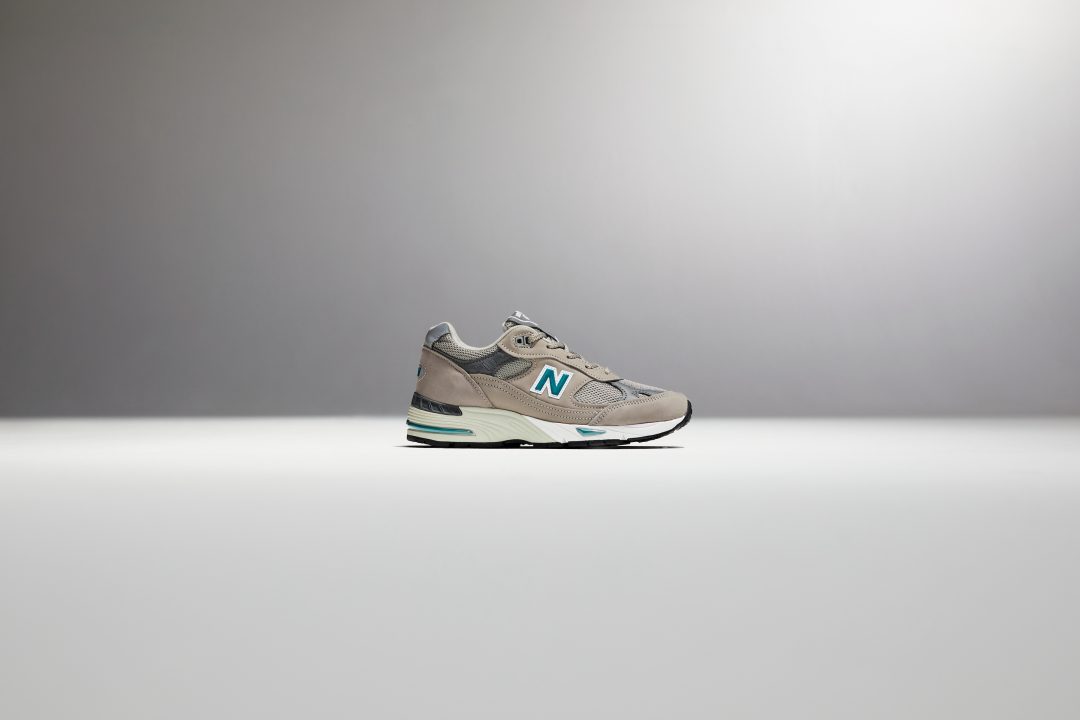 There are images that, more than others, manage to tell what is happening in the world. Some have become emblematic, are included in school books and are part of the cultural heritage of each of us. These are the shots taken by photojournalists, reporters who, thanks to a passion comparable to a vocation, have for years been bearing witness to wars, political and social changes, inequalities and the violation of human rights. It is by looking at their work that we fully understand the power of photography, which goes where no other medium can go, touching us to the core.

To underline the importance of photojournalists, especially at a time when communication passes especially through images, the first edition of IMP, the International Festival of Photojournalism, was held in Padua in 2019. In the wake of its success, the Culture Department of the City of Padua and the University of Padua have been working on the second edition of the event, which opened last week and will remain open to the public until Sunday 27 June.

“The idea behind the IMP Festival is the conviction that photojournalism today is the quickest access to stories and international debates capable of connecting the four corners of the world, a way of making everyone aware of their fundamental role even in the most controversial and geographically distant issues.” – RICCARDO BONONI, Photojournalist and Artistic Director of IMP

The works of 30 international authors will be exhibited in the city’s most prestigious museums and, in order to learn more about their work, the festival programme also includes a series of workshops, readings and meetings with guests such as journalist Domenico Quirico, who survived a five-month kidnapping in Syria.

One of the main exhibitions will be the MAGNUM Photos exhibition, featuring the work of some of the world’s most renowned photojournalists, from Miguel Candela, who shot the latest protests in Hong Kong, to the famous Italian photographer Tony Gentile, author of the portrait of Falcone and Borsellino.

The IMP also gives space to young talent by presenting an exhibition of some of the year’s best work.

“We are proud to reaffirm, also in 2021, Padua as the international capital of auteur photojournalism, through a festival that already in its first editions has become an essential reference point for professionals and enthusiasts.” – ANDREA COLASIO, Councillor for Culture of the Municipality of Padua

See below some shots of the photojournalists on show and visit the IMP website for all the details.

IMP 2021: the International Festival of Photojournalism returns to Padua

The first thing that impressed us about Kamonwan Norralak was her age. The Thai photographer is only 19 years old, yet she has already defined her style and is always trying something new.

As is often the case, Kamonwan Norralak started taking pictures at the age of 15 almost by accident, taking pictures with her mobile phone or photographing her favourite band at a concert. But the more time passed, the more her passion grew, so much so that she forgot her dream of becoming a designer or architect.

Her work, her approach and her subjects have changed a lot over the years, and three projects that she herself talked about are proof of this. The first, which she took two years ago, is the most conceptual and focuses on food. In what could be an exercise in style, Kamonwan has rethought food, imagining certain foods out of their ordinary guise and creating surreal images.

With the second project, “Friends”, Kamonwan focused her lens on one of her friends, proving that you don’t have to be a model to be the star of a photo shoot that gets right to the viewer.

The last one, entitled “Reverse”, is the project the photographer presented for her graduation. In these shots in which the focus is all on the subject and the black backdrop that seems to swallow him up, Kamonwan wants to tell us that in her opinion what we show to others is nothing more than a reflection of who we really are.

If you are curious about Kamonwan Norralak’s upcoming photographic projects, follow her on Instagram and check out a selection of her shots below.

They could be frames from a film or photographs from a personal diary from the 1980s. Tamara Lichtenstein‘s analog shots enclose a timeless beauty that never tires.

Originally from Bolivia, Tamara lives in Hudston, Texas, and started taking pictures when she was still a little girl, when her mother gave her a camera and decided to put all her creativity into the shots she took.

Today Tamara Lichtenstein’s name is internationally recognized and, in addition to collaborating with different brands and clients, she has realized several personal projects that have literally captured our attention and our hearts.

At the center of Tamara’s artistic research we can surely find the female universe and its facets: leafing through her shots we meet faces and bodies without filters, wrapped in their natural beauty.

The grain and style of analog photography combined with the perfect use of light and the effects of double exposure, a recurring technique in Tamara’s shots, give the photographs a cinematographic style that is impossible to forget.

Below you can find a selection of the shots, but to find out more visit Tamara Lichtenstein’s website and Instagram profile.

Tamara Lichtenstein and her analog and female photography