It is said that the 40 years are an important milestone, a sort of turning point that should not be read in a negative way, but as a turning point towards a stronger self-awareness to better face the second part of life. This is true not only for us individuals but also for all those realities that work in the most diverse sectors and build their legacy through work, dedication and innovation, always remaining firmly at the roots from which they come.
This year one of these realities has reached its 40th anniversary.

Stüssy, the brand founded by Shawn Stüssy n 1980 in Southern California, is celebrating its 40th anniversary with several releases and collaborations that emphasize the legacy that the brand has left in the streetwear world and beyond in recent years.

The symbol that has been part of Stüssy’s heritage since its inception and has returned with devastating aesthetic power in recent years is the 8 Ball.

The 8 Ball, in the American Carom, is the one that decides the match. If you throw it in the hole as the last ball you win, if it falls in the hole first, you lose everything. They call it “ball of destiny” and it symbolizes those who never give up, in the urban language it represents the last man left standing.

From pool hall to an icon of the hotroad and rockabilly world, from a good luck charm to a mysterious symbol, the 8 Ball is imbued with American identity and perhaps that’s why it became a perfect icon for Shawn Stüssy and his brand when he created the first graphics in the early 80s. During these 40 years, the 8 Ball has appeared on every Stüssy garment possible and in almost every advertising campaign until it was shelved probably to refresh the aesthetic of the brand.

In 2018 this iconic symbol made its return to the scene at the opening of the London chapter store in Soho.

The campaign designed for the event showed a giant 8 Ball rolling through the streets of central London, passing by Piccadilly Circus at the gates of Buckingham Palace and on the tracks of the Tube, ending its journey inside the window of the new Stüssy store.

On the occasion of the celebrations for the 40th anniversary, Stüssy has created, among other things, a special limited edition capsule collection that puts the 8 Ball at the center of the graphic design, as if to emphasize and emphasize the origins of the brand and recognize the importance and centrality of that logo over the past 40 years.

An iconic symbol that, in addition to hiding a myriad of meanings, has also represented – and continues to do so – a certainty for fans of streetwear and the brand founded by Shawn Stüssy exactly 40 years ago.

The iconography of Stüssy’s iconic 8 Ball

Strolling a little romantically through the streets of Paris, Benoit Lapray had the brilliant idea of replacing the city’s monuments with the heroes of pop culture.

Superheroes, famous protagonists of science fiction movies and even cartoons clamorously take the place of the statues that adorn the French capital.

It is not the first time that the French photographer does such work, long ago he had imagined them far away from the chaotic metropolis, wandering alone between mountains and hills, see here. 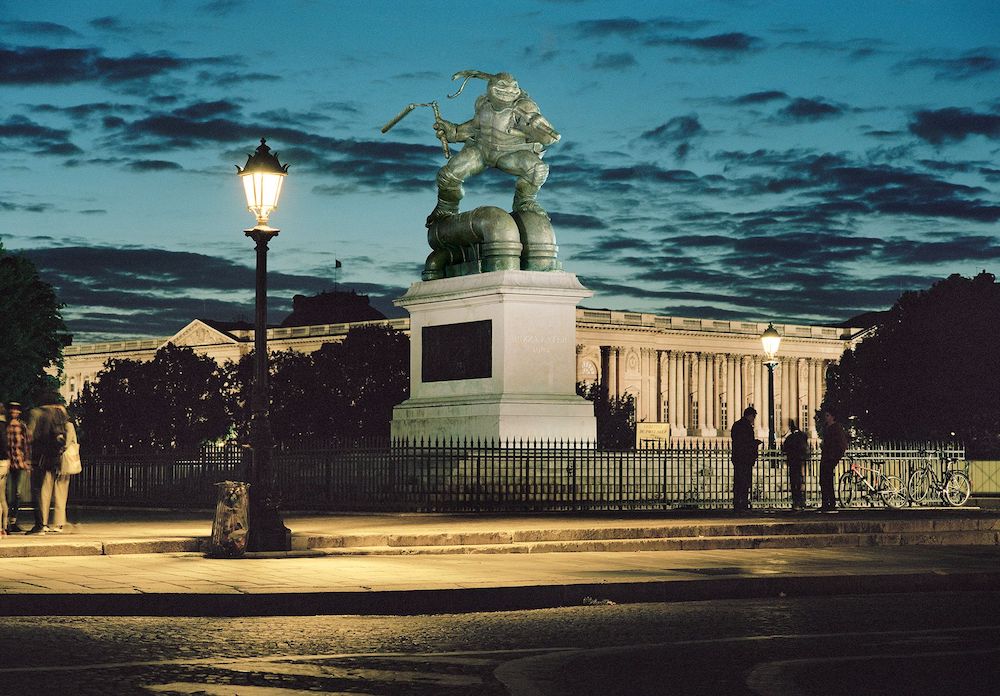 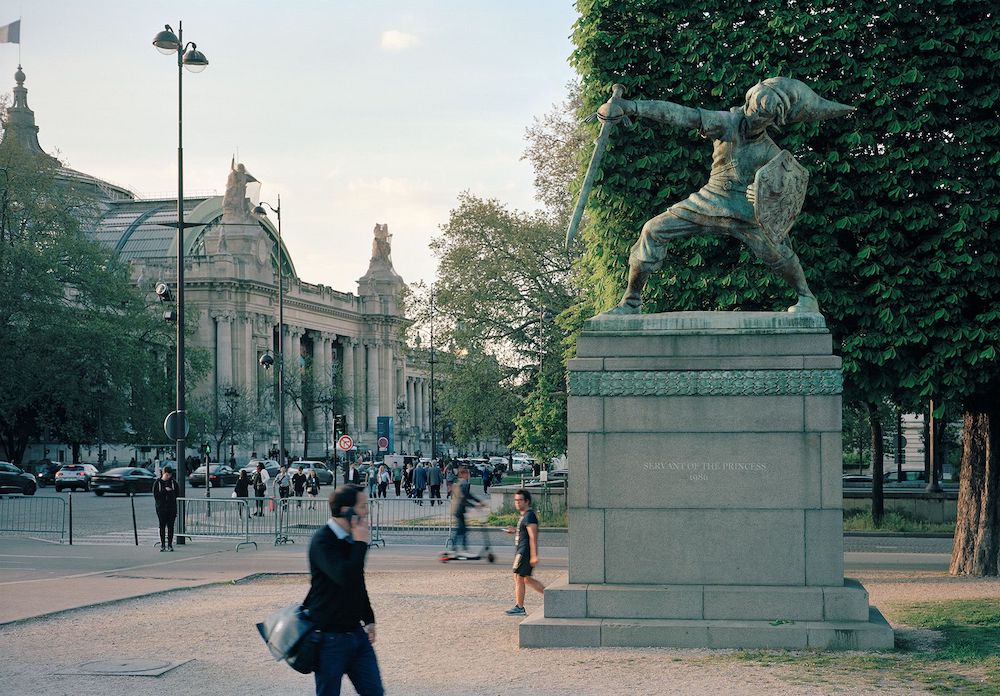 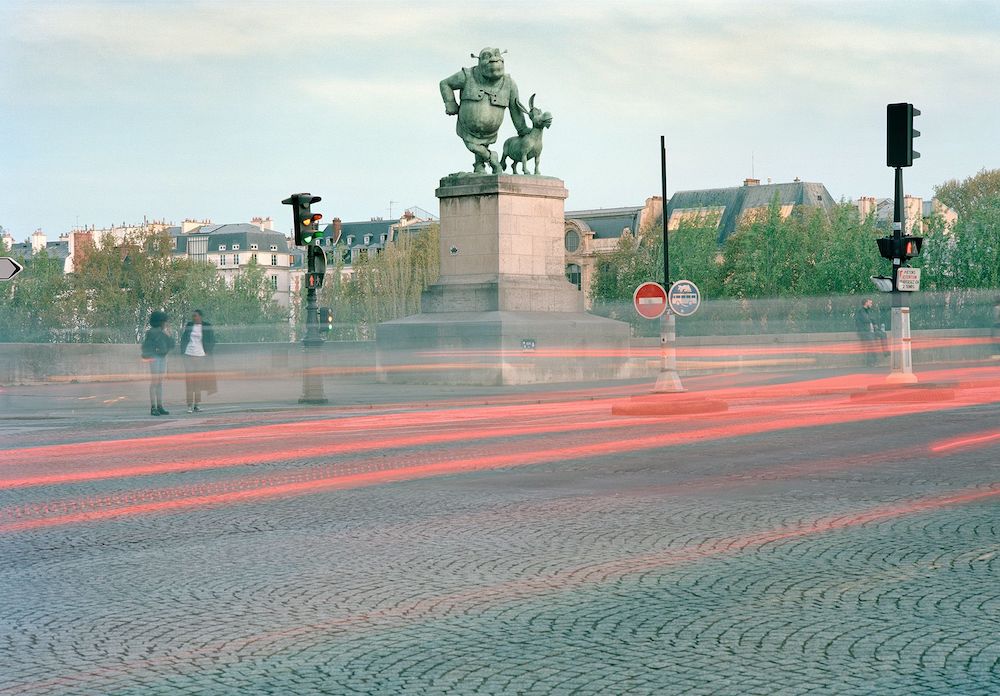 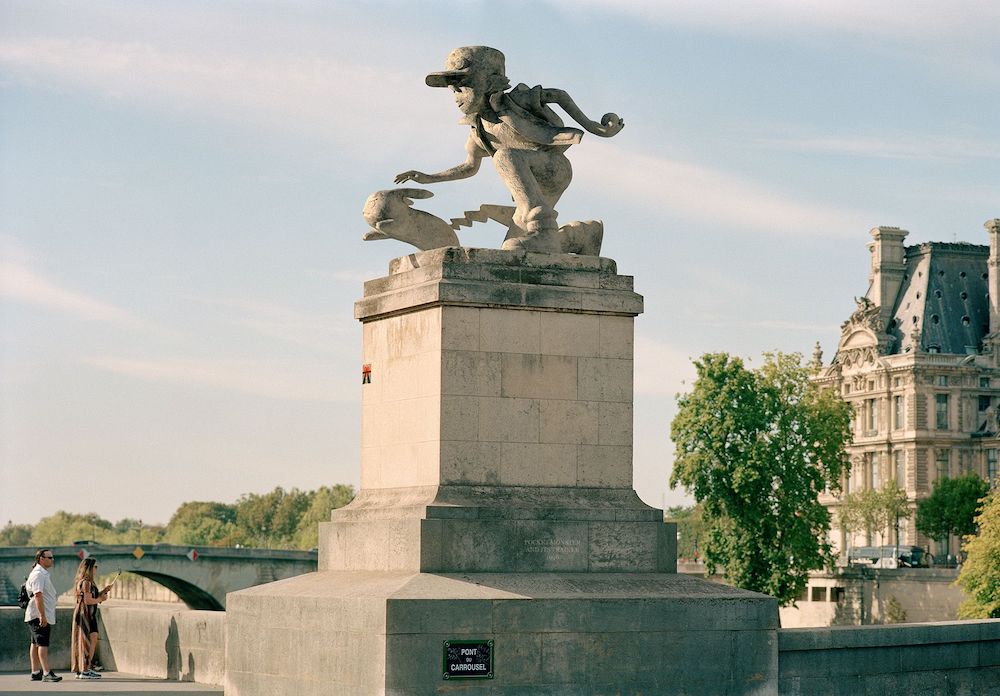 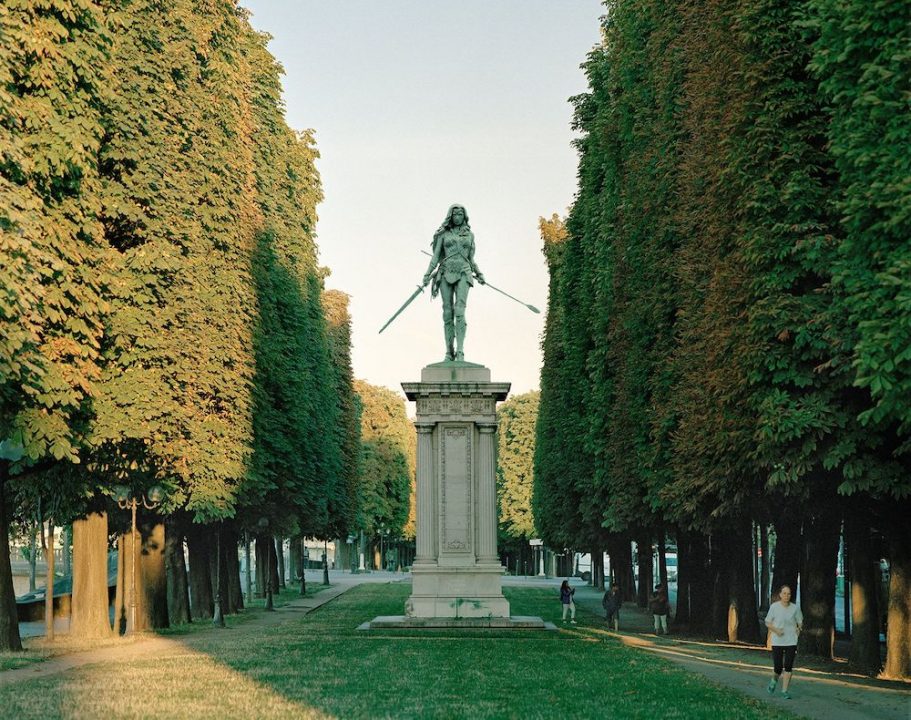 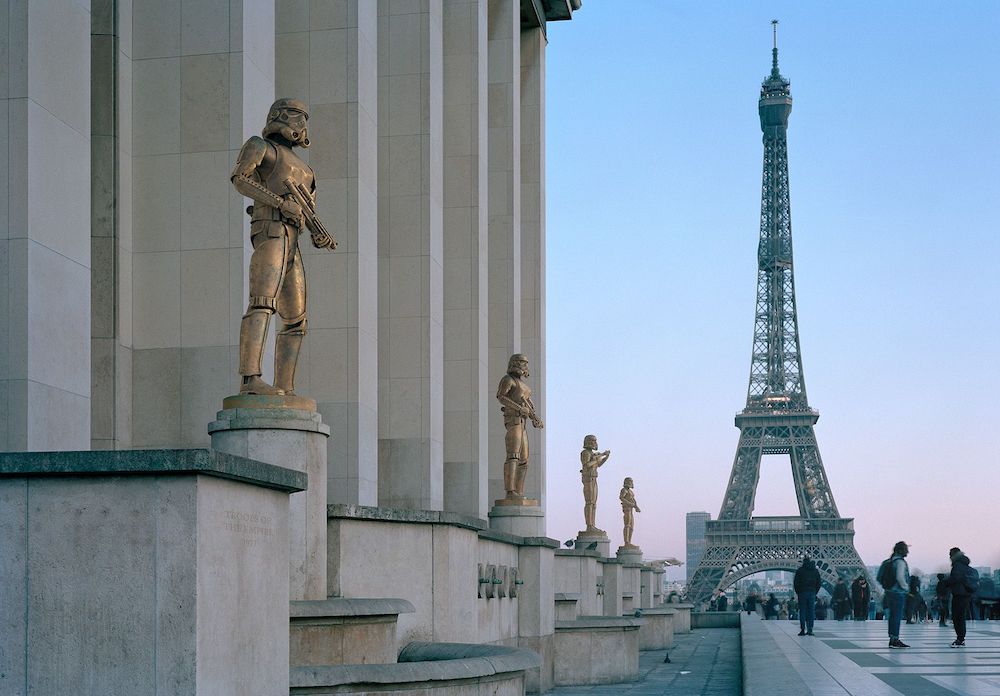 “It’s a way to emphasize that these science fiction heroes are now part of the world’s cultural heritage,” says Lapray.

The project was created in collaboration with creative studio 95 Magenta.
A long and complex work, initially made on film, not using any digital camera.

Subsequently, the negatives were digitized and retouched, and then we added our superheroes, which we hold so dear.
Below, we leave you all the photos of Paris, which were captivated by all the heroes of Benoit Lapray. 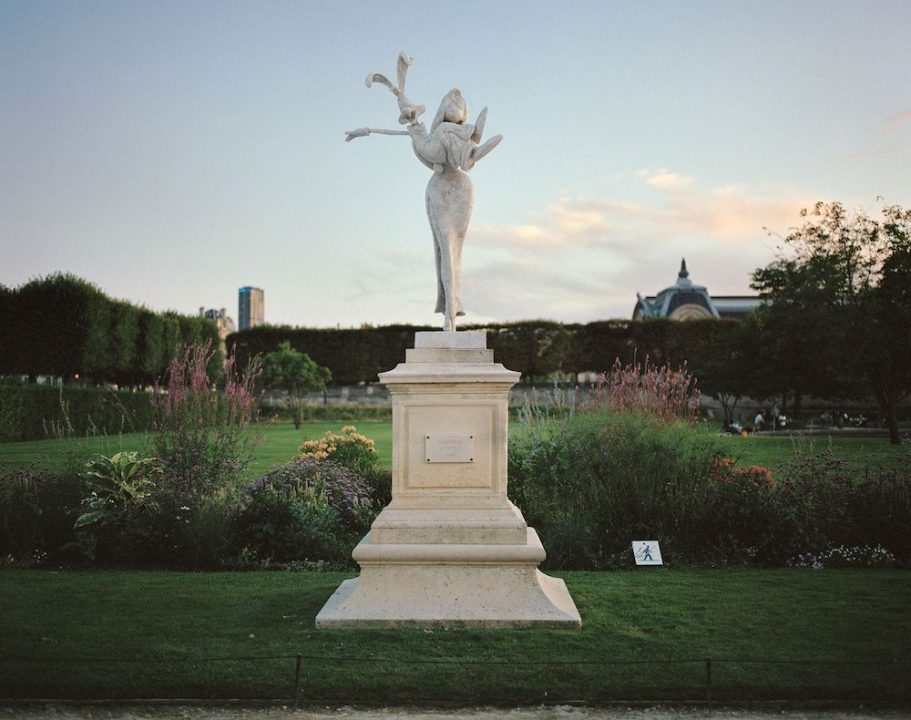 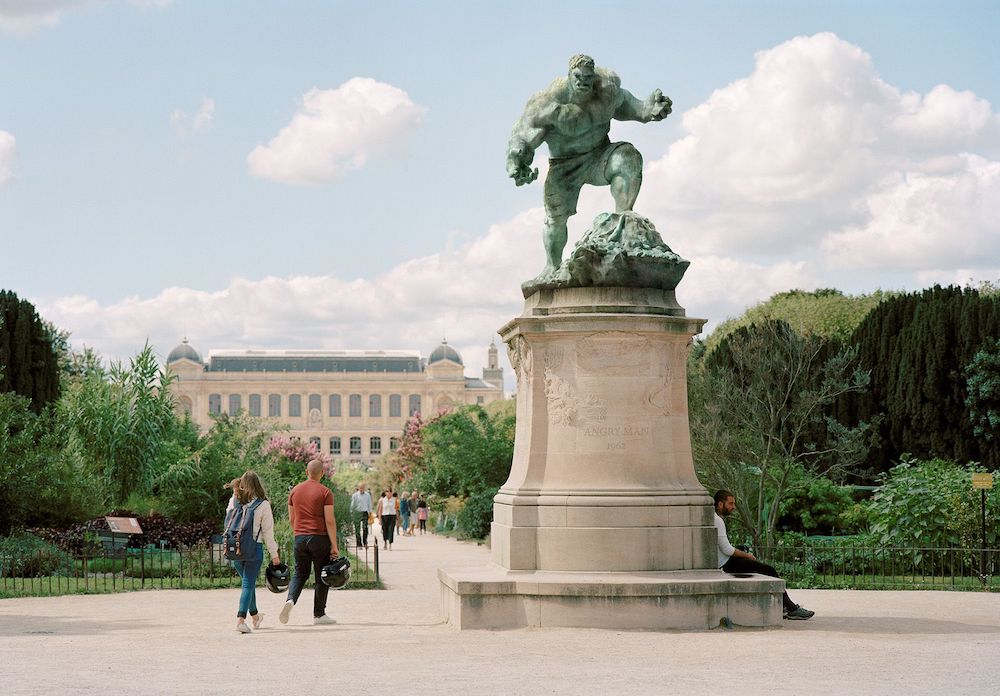 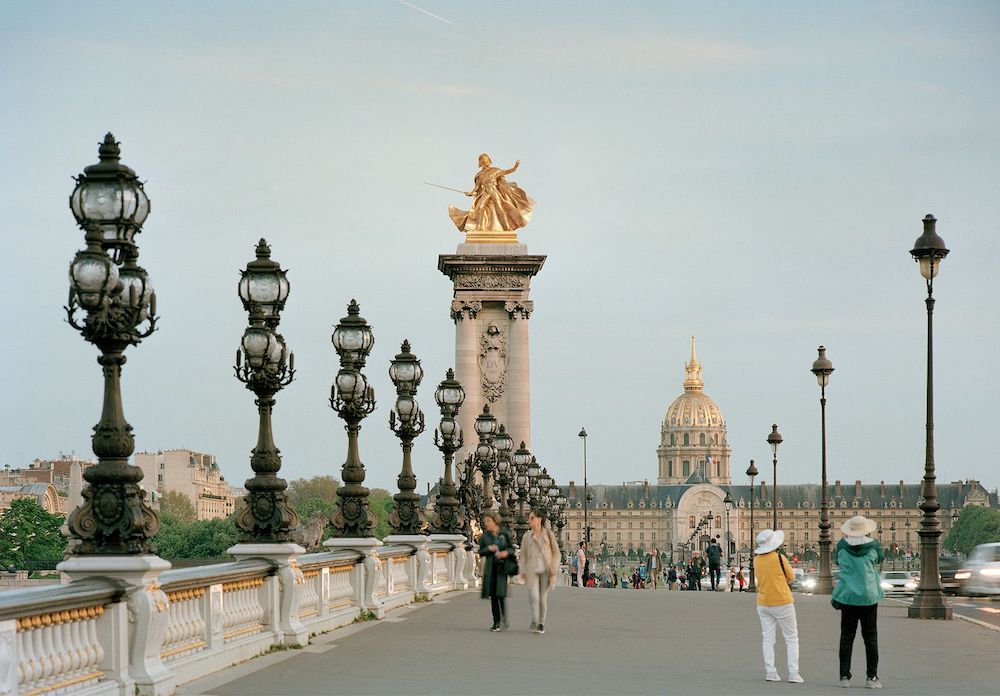 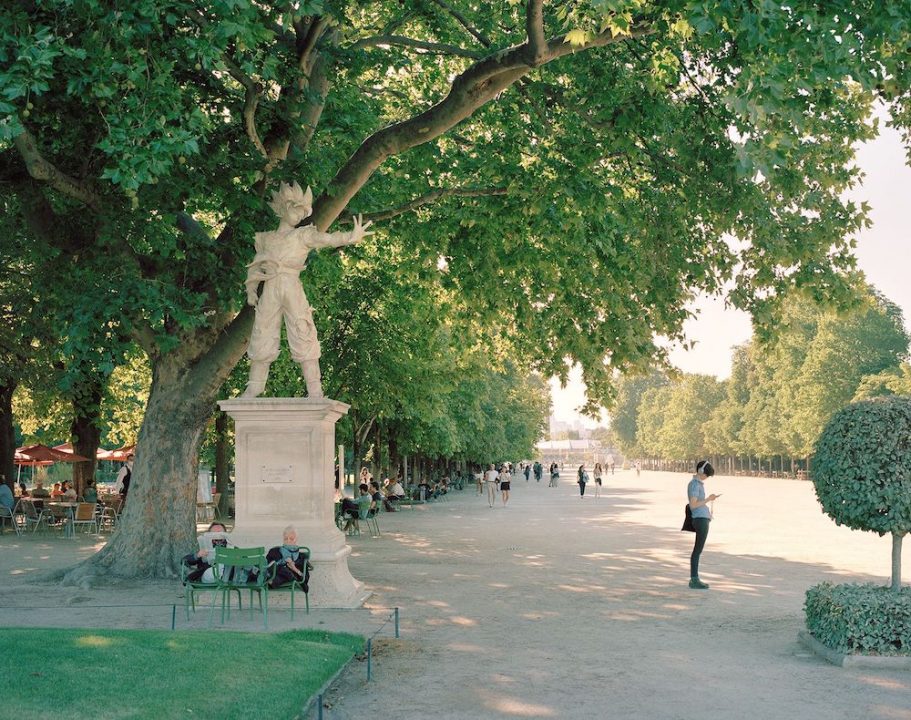 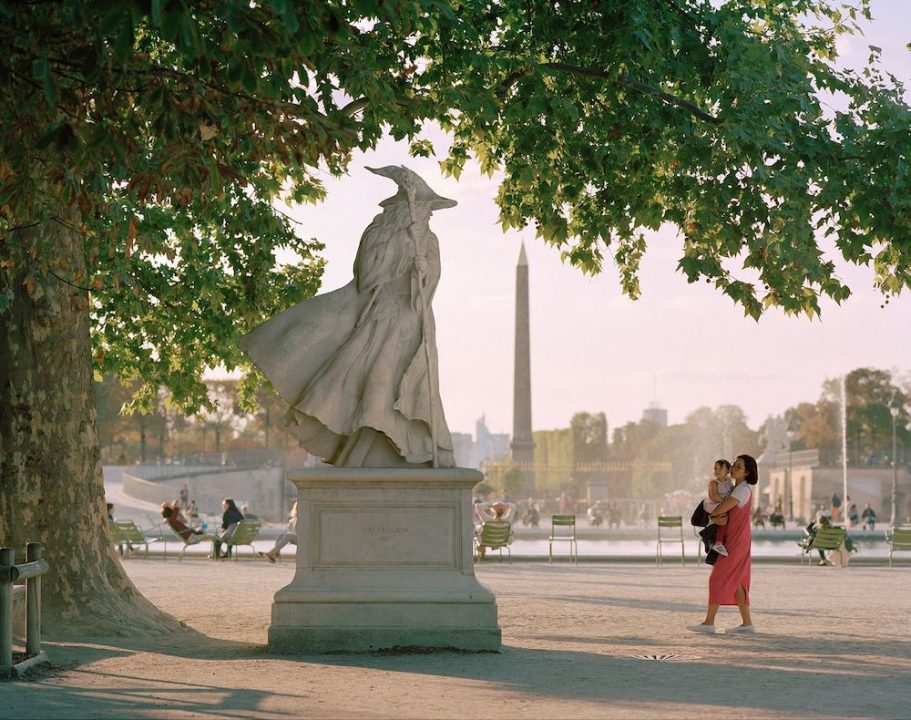 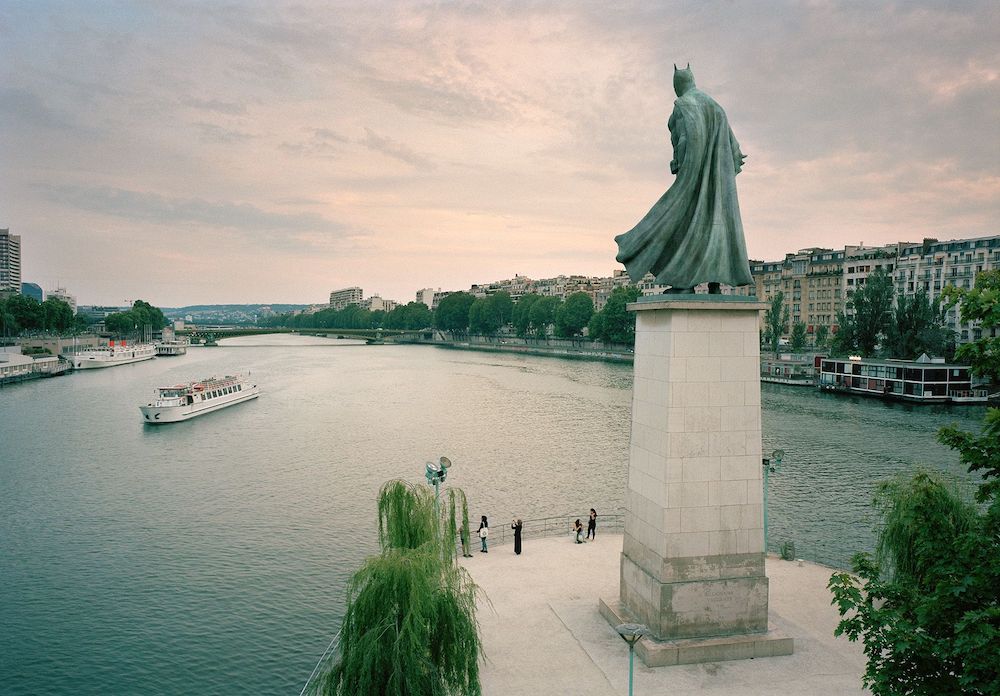 The photographs of Roeg Cohen are intimate and seductive, talking about life, memory and eternity. His shots tell the most personal aspects of his subjects, they are enigmatic images full of meaning.

Roeg started photography at the age of thirty, but his artistic level is far from immature. He uses photography to express his creativity, it tells as much about himself as about those on the other side of the lens, it communicates independence, courage and boldness.

What Roeg Cohen seems to have with his subjects is an intense and sincere connection. The protagonists of his photographs communicate through body and eyes. They are immortalized in different situations and express opposite and complementary feelings: quiet, peace, silence but also tumult, tension and revolt.

His photographs evoke sensations that are difficult to express in words, which is why we let his images speak for themselves.
Look at a selection here, follow him on Instagram and on his personal website.

InstHunt Special Edition is a collection of your best photos that follow a specific theme. Each month it will have a dedicated title and you will give it life through your shots.

This month’s theme was “Hope”: during this weird time we’re living what gives you hope? Between smiles and memories we have created our gallery. Discover the best photos below and don’t miss the next appointments!

Stay tuned and go follow our Instagram @collateral.photo page to discover the theme of the next issue InstHunt Special Edition.

Be creative Be part of @collater.al

The days we needed. This is Monia‘s answer, certainly more sensible than many others we have heard.

Monia Marchionni, born in 1981, is a photographer from the Marche region, from Fermo to be precise. After a diploma at the Academy of Fine Arts, a degree in Philosophy, a specialization in Contemporary Art History and work experience in the field of installation, she decided to dedicate herself exclusively to photography.

Since her first works, from the photographic series “Never Again the Fog in the Desert” taken in Chile and “Fermo Visioni Extra Ordinarie”, Monia has won several national and international awards.

Today, however, we want to focus on her latest project, which was born during the quarantine and which takes its title from the answer given to her daughter, “I Giorni Necessari” (The days we needed).

Through delicate shots, deliberately presented as diptychs, Monia Marchionni opens the doors of her house to us during those 56 days that it took to get the situation under control.

Like that of all of us, the photographer’s life was abruptly changed and the outside world became something to be seen, while the inside of her home was transformed into a new object of analysis of her art. The eye, and with it the lens, rest on family members, hands and faces, trying to tell a long period of waiting, boredom, fear, sacrifice, death, but also love.

It is precisely the latter, in fact, love for loved ones, a rediscovered love, which shines through more than anything else, and this suspended time and privations have made it even more essential.

“I Giorni Necessari”, the lockdown through the shots of Monia Marchionni