Born during the beginning of the pandemic, designed through hundreds of calls on Zoom and daughter of the changes we are experiencing, the 59. International Art Exhibition – La Biennale di Venezia finally opened its doors last April 23.
For the sixth time in a row, Swatch returned to the lagoon city not only to support the most important artistic event of the year, but also to be present, not with one, but with two works within the two locations of La Biennale.

“The Milk of Dreams“, the dream of Cecilia Alemani 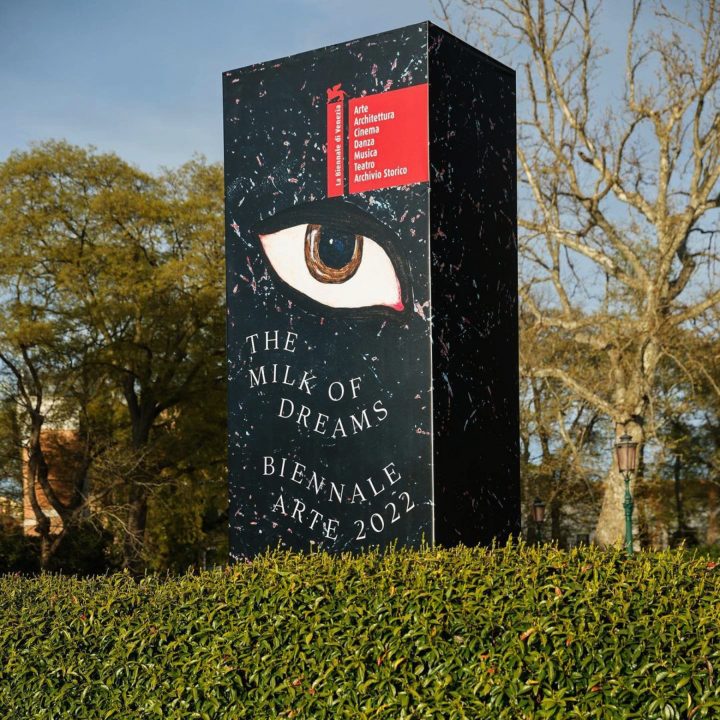 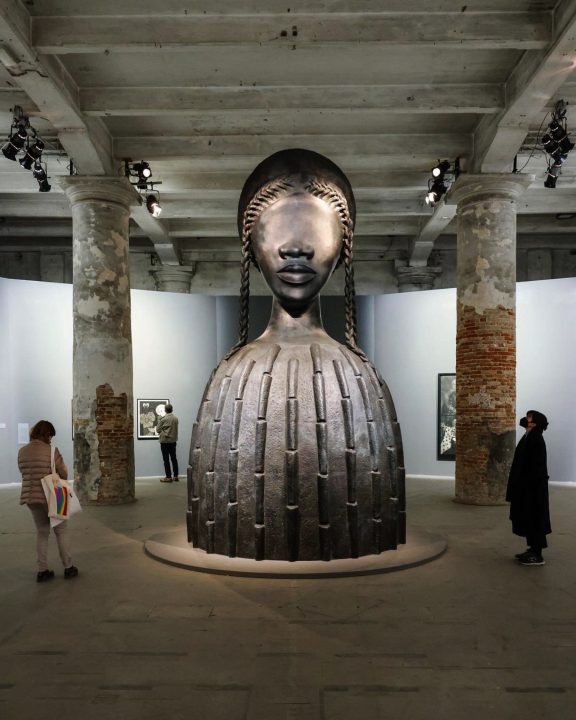 The curator Cecilia Alemani has chosen as the title of the exhibition “The Milk of Dreams“, directly taken from the book of the same name by Leonora Carrington (1917-2011), British writer and surrealist artist. In the book, Carrington describes a world in which life is constantly reinvented, a place where it is possible to change and transform oneself. These are topics that coincide with our contemporary world in which the theme of identity is at the center of social debate.

Precisely for this reason Cecilia Alemani offers us a path in which the works of international artists tell the metamorphosis of the body and analyze the definition of human by taking the discourse to the extreme, not only to the lack of gender definition, but also to the creation of a robotic and cybernetic life.

Leading the way on this journey is Simone Leigh’s monumental work, winner of the Golden Lion “for the monumental sculpture rigorously researched, virtuosically crafted and powerfully persuasive that opens the path to the Arsenale.”

Swatch, which has been working closely with international museums and artists for over thirty years, is present in two different ways, but which underline the importance that art has for the Swiss watchmaker. For the occasion, two new watch models have also been launched, dedicated to this year’s theme and available in White Dream and Black Milk.

Inside the Arsenal is the crowning achievement of the Swatch Art Peace Hotel in Shanghai, the artistic residency project launched in 2011 and aimed at all creative souls. Swatch Faces 2022 brings to the Biennale the works of 5 artists who have lived in the residence over the last three years. A dedicated pavilion hosts the paper sculptures by the Korean Hoyoon Shin, the imaginary characters by the Chinese Xue Fei, the three giant paintings by Tang Shu that deal with the concept of isolation, the abstract collages by Landi and the paper statues by Marcelot, present during the opening days.

Marcelot, a Swiss artist based in Paris, has created a work that is a true homage to the city of Venice: an enormous winged lion, symbol of the city, reigns at the center of the pavilion. The artist’s technique involves the use of carefully selected sheets of local newspapers, alternating with Venetian fabrics. The final result is monumental, but the paper also gives a feeling of lightness.

THE DESCRIPTION OF THE WORLD di Navin Rawanchaikul

Moving from the Arsenale to the Giardini, one is greeted by THE DESCRIPTION OF THE WORLD by Thai artist Navin Rawanchaikul, a work that perfectly represents the meeting of different people, countries and cultures.
The artist was lucky enough to live for some time in the lagoon city just after the lockdown, when the city was still semi-empty and had the opportunity to meet the people who live there and animate it every day, discovering stories that began in distant countries and all converged between the streets and bridges of Venice.

Present during the days of the inauguration, Navin together with Carlo Giordanetti, creative director of Swatch, has placed the last piece of his installation that offers a journey through the faces that the artist has crossed and the places he has lived. Inspired by Marco Polo’s voyage and succeeding in uniting East and West, the work of 15 meters by 4 meters is truly a description of the world, a world that like Venice and La Biennale hides its richness in the encounter and exchange between peoples and people.

Swatch at the Venice Biennale: when art brings people together

Locked in his laboratory at John Hopkins University in Baltimore, Meryland, optical physics professor Robert W. Wood was working on an experiment aimed at replicating the way fish saw underwater. It was 1906, and his tools were a bucket full of water, a pinhole camera, a mirror glass, and plenty of light, essential paraphernalia that would not prevent Wood from discovering and inventing what would become known in the history of photography as the fish-eye.
After its first uses in science, the image distortion created with the fish-eye will become perfect for representing in photography the hippie psychedelia of the 1960s and the rock rebellion in the years to follow. Hip-hop will use the fish-eye aesthetic for album covers and videos, as will sports, leveraging its ability to best capture the energy of freestyle and outdoor disciplines.

In 1911 Robert W. Wood succeeded in publishing “Phisical Optics,” the book collecting his research in optics, but the fish-eye still remained for a long time an exclusive for scientists stooped over test tubes and microorganisms.
It was not until 1935 that a patent was filed for a circular lens that used glass and not water as the distorting surface. The patent was filed sharing with the Japanese company Nikon, but again it took more than two decades before the discovery became affordable. Perhaps it is too much to say “affordable,” since the first lens put on sale in 1957 cost $27,000.
The final arrival in stores five years later delivered the fish-eye to the artistic, musical, sports and journalistic culture of the 1900s, now that at last even amateur or semiprofessional photographers could take pictures with that particular 180-degree view.

Immediately beginning in the 1960s, photographers made important political and artistic portraits and reports, witnessing historical events such as American elections or the albums of great artists such as the Beatles and Rolling Stone; it was in ’66 that the cover of Big Hits (High Tide and Green Grass) in which Mick Jagger and Keith Richards of the Rolling Stones are shot with the fish-eye.
Crossing the fish-eye story is not just rock. The psychedelic ’60s and hippies could replicate with the wide-angle lens the distortion of reality caused by hallucinogens, while hip-hop, starting in the ’90s, that ability to have a more street, irreverent, and if necessary funny point of view, in which the on-camera looks of artists such as Notorius B.I.G., Beastie Boys, and Busta Rhymes were enhanced even more.
Panoramic views of breathtaking locations and even the first photos taken on Mars, the fish-eye has a history that has taken it from being a scientific marvel to a peephole through which to look at more than half a century of artistic and cultural history.

The distorted world seen with the fish-eye