In Beijing, China, within a historic district of the city, Archstudio – a Chinese architecture and design studio – has completed the renovation of a Siheyuan, a historic building consisting of three adjacent courtyards and buildings that create a living space that blends with traditional architecture and contemporary design. The project is titled Qishe and has involved the renovation of an existing building in a state of decay.

In tackling the project, the Archstudio team has set two goals: to renovate the old and insert the new to merge them together.
The designers did not just tidy up the houses, repair all the surfaces of the building and reinforce the structures, but pushed themselves to create a more functional and unified living space. To do this, the veranda was designed as a circulation path, reshaping the spatial scheme and layers, and providing a playful walking experience as well as impressive views.

The three courtyards have different functions: the front one is used mainly as a garage. Archstudio has kept the pitched roof, moved the entrance door to the side so as to leave more space for parking. The design team also restored and preserved many valuable historical elements, such as the front door and the arched door opening carvings, and even a tree.

The central courtyard has become a space for public activity as it previously contained houses. Based on the original layout of the Siheyuan, Archstudio has set up a living room, tea room, dining room and kitchen in this area. Symmetrical arrangement was also adopted to give the structure a sense of formality. The dining room is equipped with a folding door that allows the interior to open completely outwards, thus extending the activities inside the courtyard.

Finally, the rear courtyard has been used as living space, consisting mainly of two bedrooms, a tea room, and a study; traditional architectural materials have been both maintained but new ones have been added at the same time. 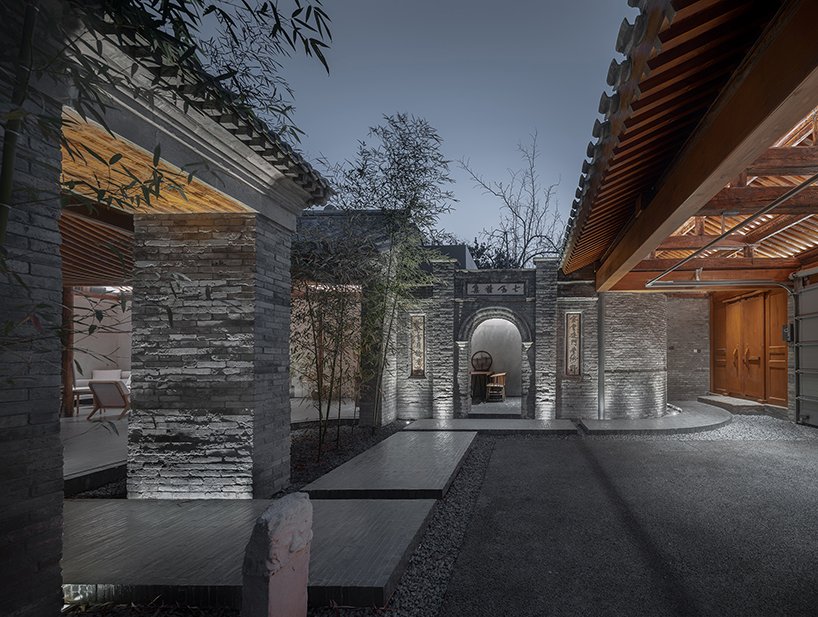 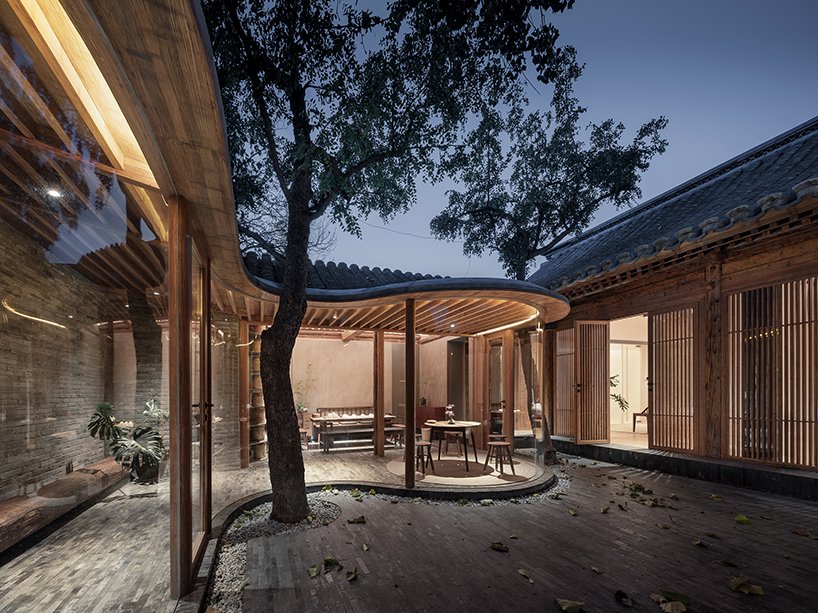 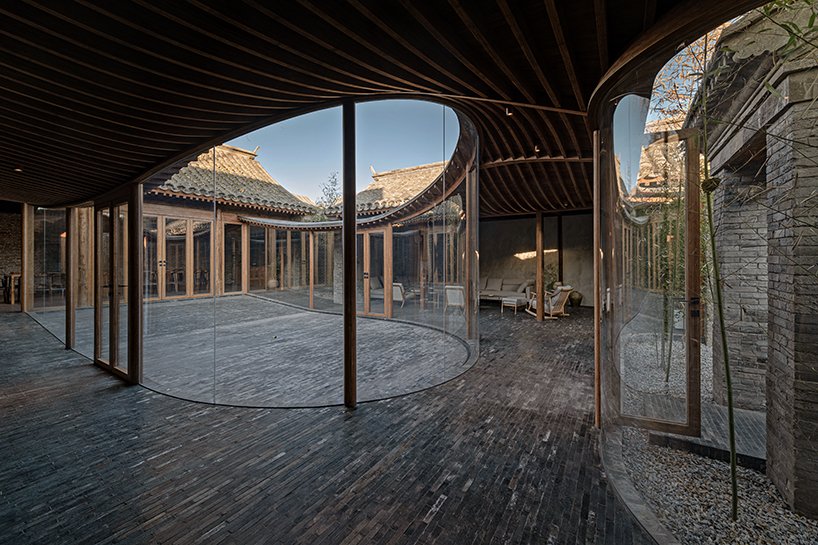 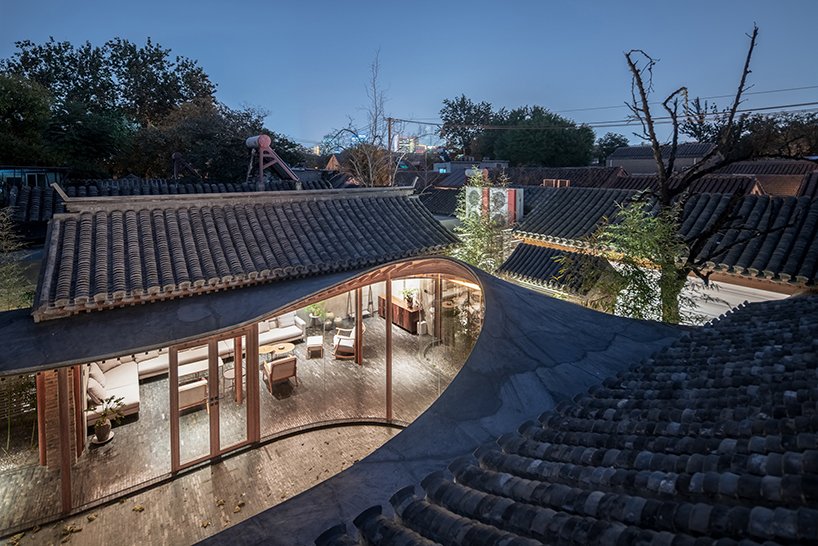 Archstudio renovates a Siheyuan in China